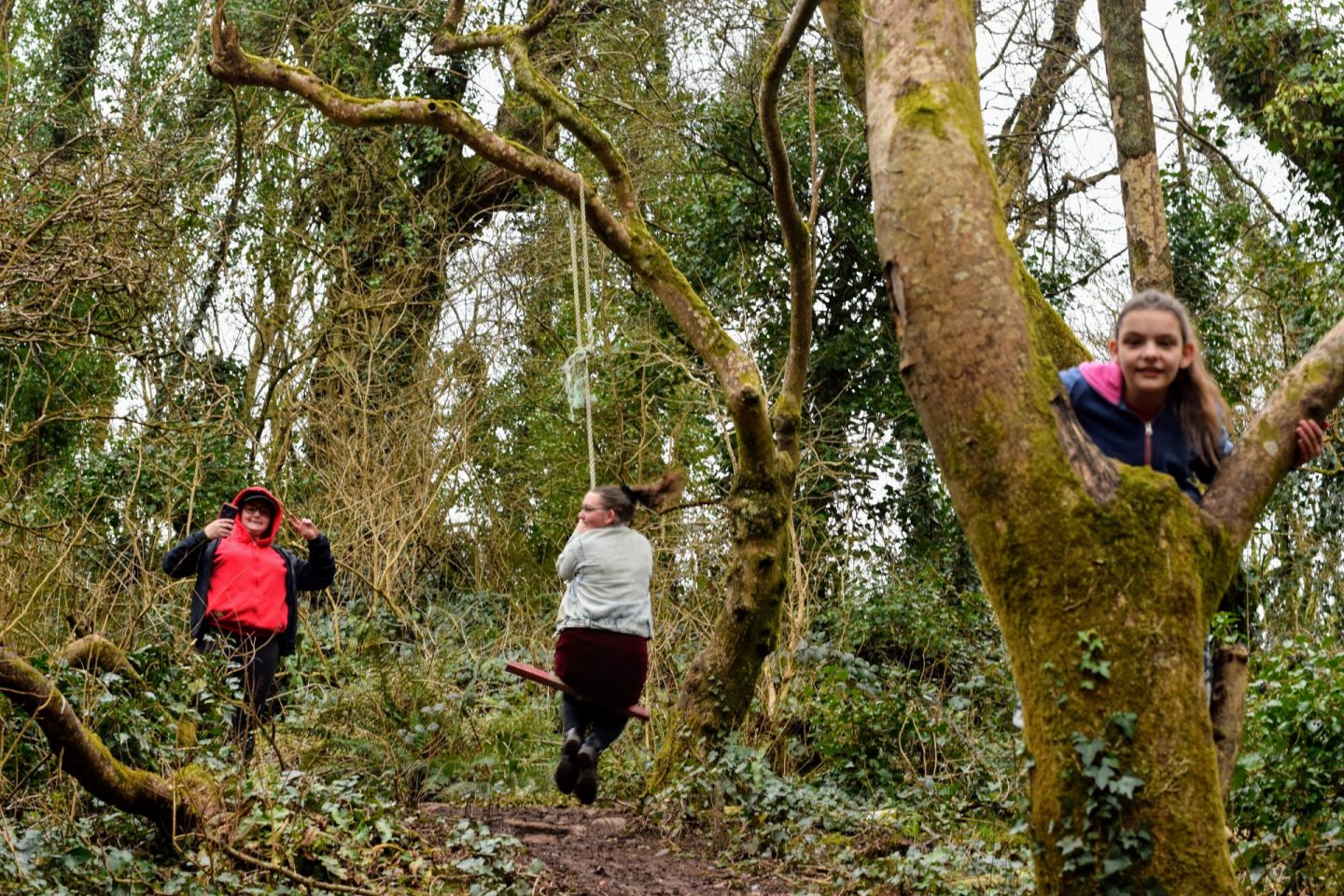 Hello, so sorry I haven’t blogged in a personal way in ages.  I will be back when I have more spare time again, I promise.  For now, here are some snaps from our local walk at Gelliswick Woods.  I used to walk this way every day.  When Dan was in a pram, it was our daily route for fresh air.  As soon as he was old enough to walk, it was one of his first ambles.  Once all the kids were a bit older, it was just our daily route even if we went out in the car somewhere else after.   They were our woods and we were drawn to them each day.  Then the kids grew older and these local walks became fewer and far between.  Since we have no choice but to walk locally now, I’ve been excited to return to them again… 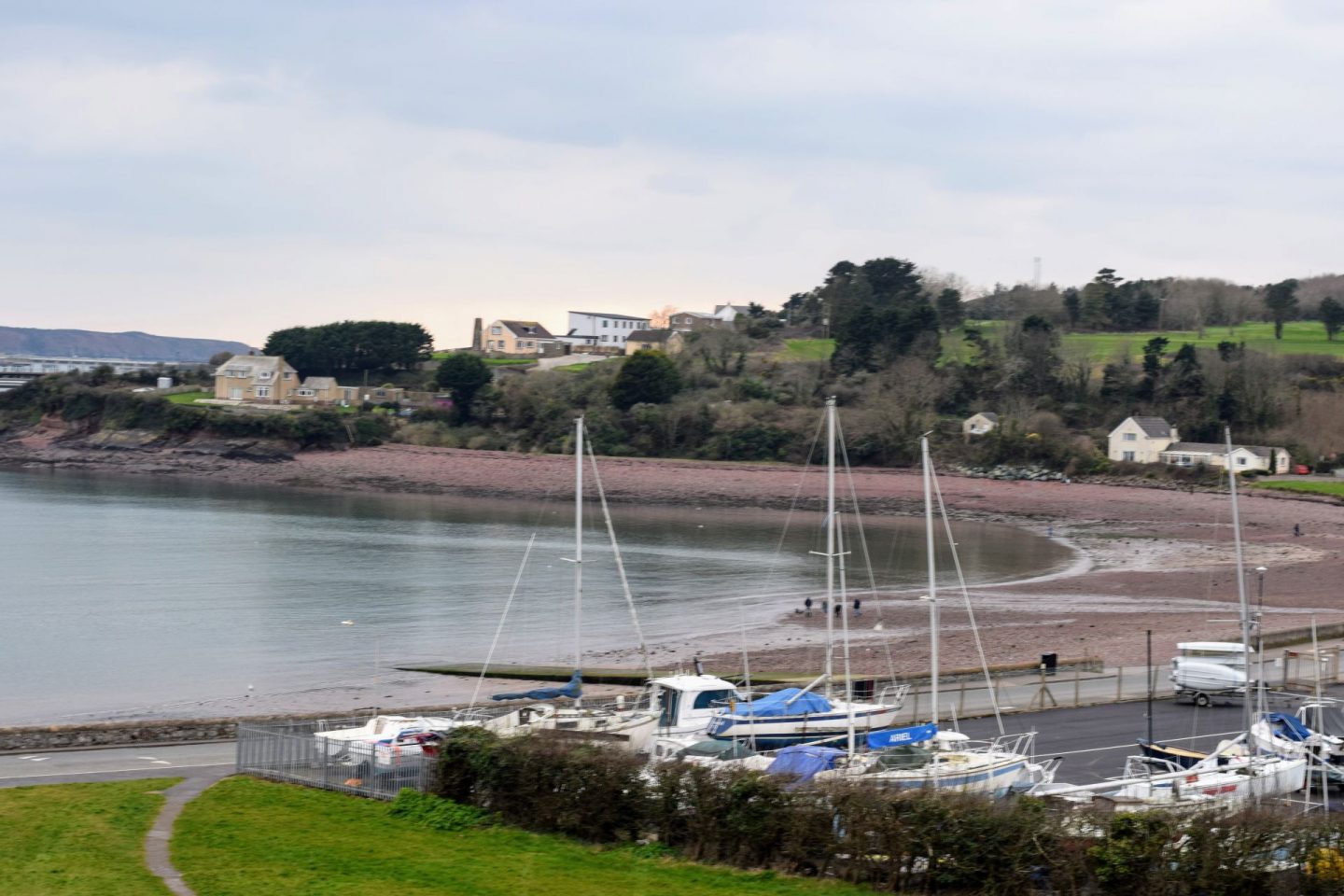 We started on our usual route –  walking down the hill to the beach. 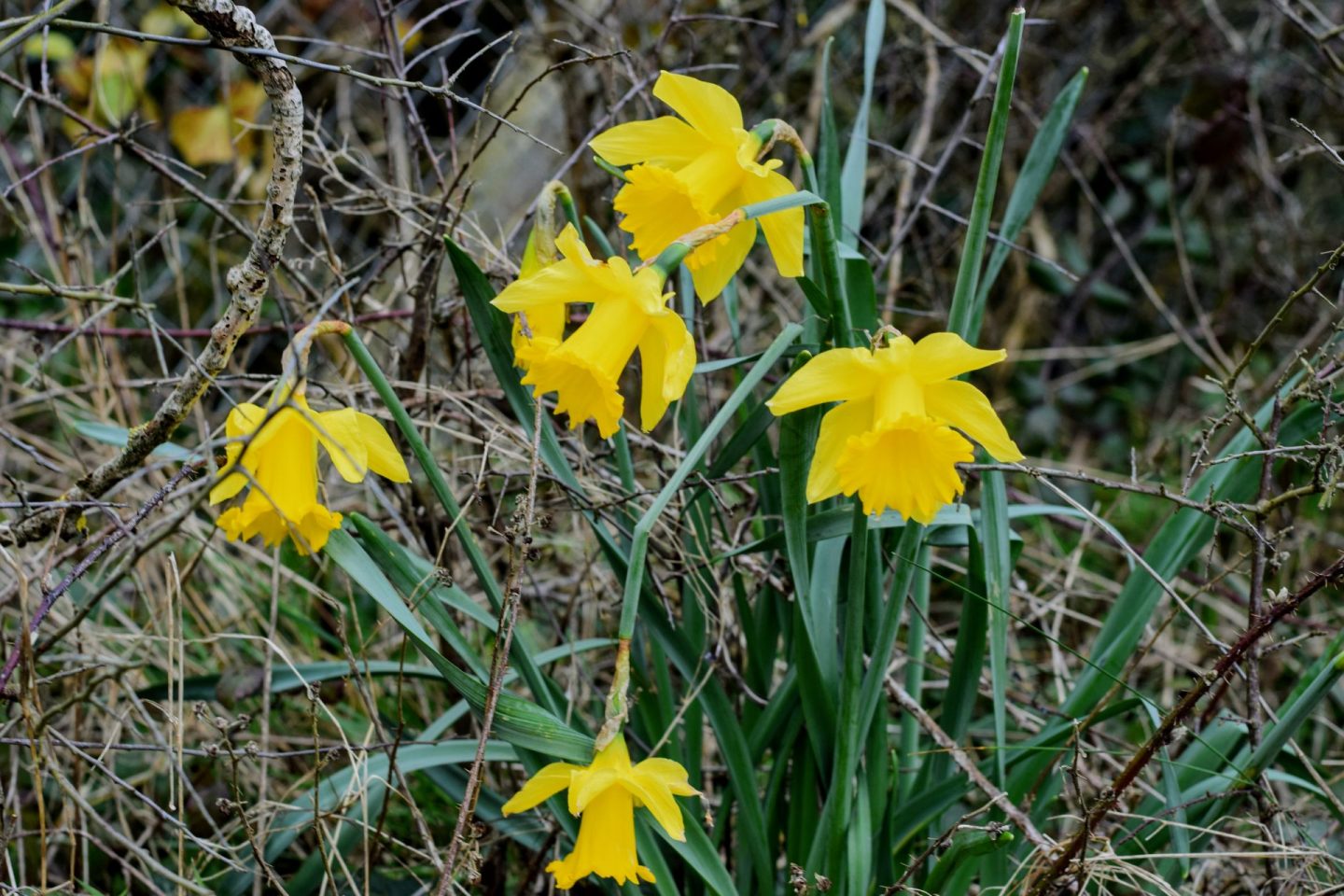 Then we turned towards the Scout’s Hut in the direction of the woods entrance.  We’ve been meaning to walk this way all year, but it can get quite boggy during rainy periods so I’ve been waiting for the woods to dry up.  If you’re a long time reader you’ll know that we’ve lost many a welly in the mud over the years!  Don’t worry we did eventually reclaim and repurpose them on a drier day- we wouldn’t deliberately litter our woods. 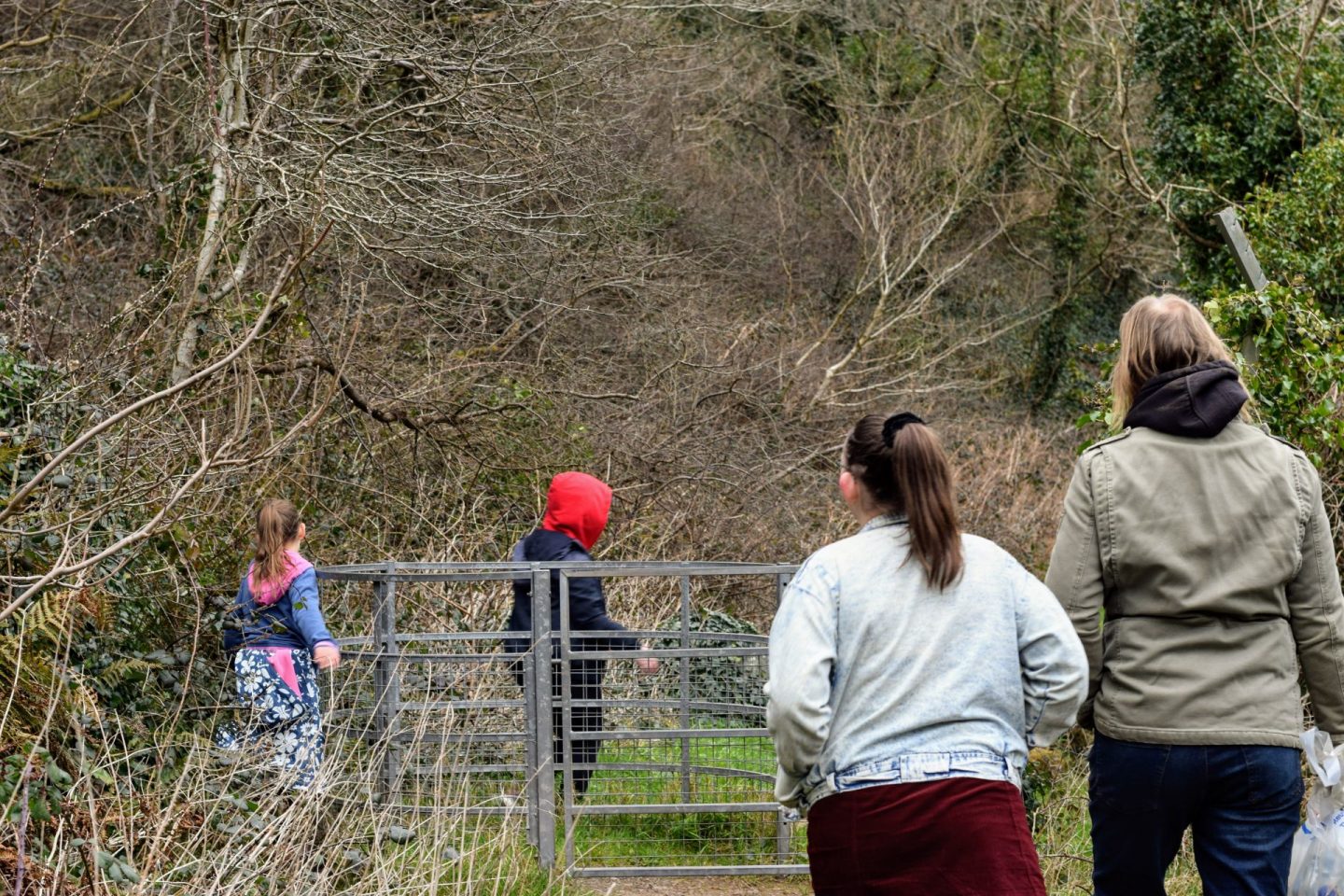 We went through the kissing gate and followed the path. 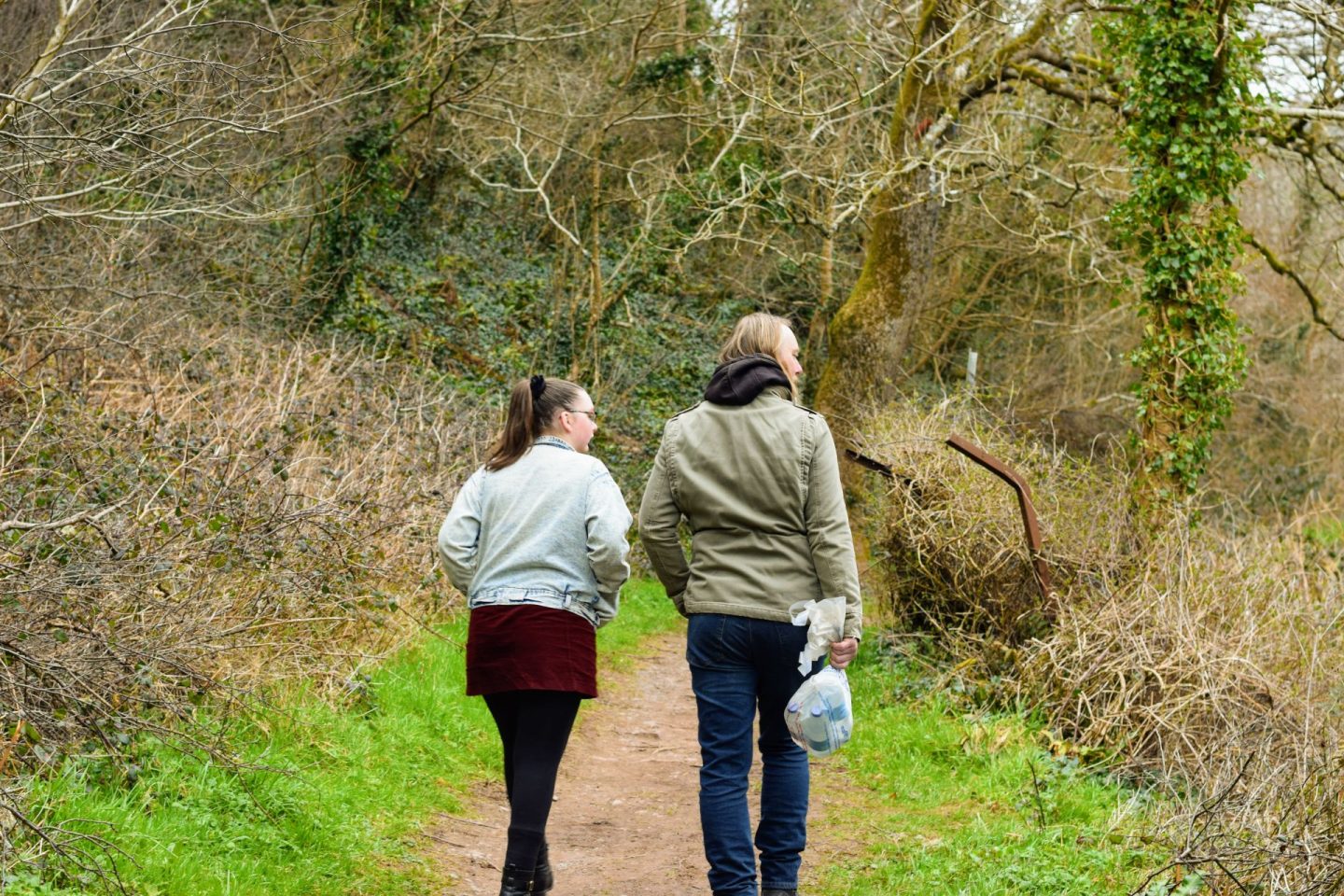 It felt so good to be in these familiar woods once more.  Memories came flooding back.  We passed the Scout’s land where Danny has enjoyed many a campfire and camp over the years.  Camping is still his favourite hobby I’m sure thanks to these formative experiences.  We also saw the land where the old caravan park used to be.  When Danny was young and up until I had Izzy, I used to run along this path during early mornings  evenings.  My one regret in life is not keeping up my fitness after having Izzy, especially during the last two years.  It’s so hard to get it back once you’ve lost it.  To think I used to push a pram and carry a baby for miles uphill and now I struggle walking on my own.  I’m working on it but it’s proving harder to get fit again. 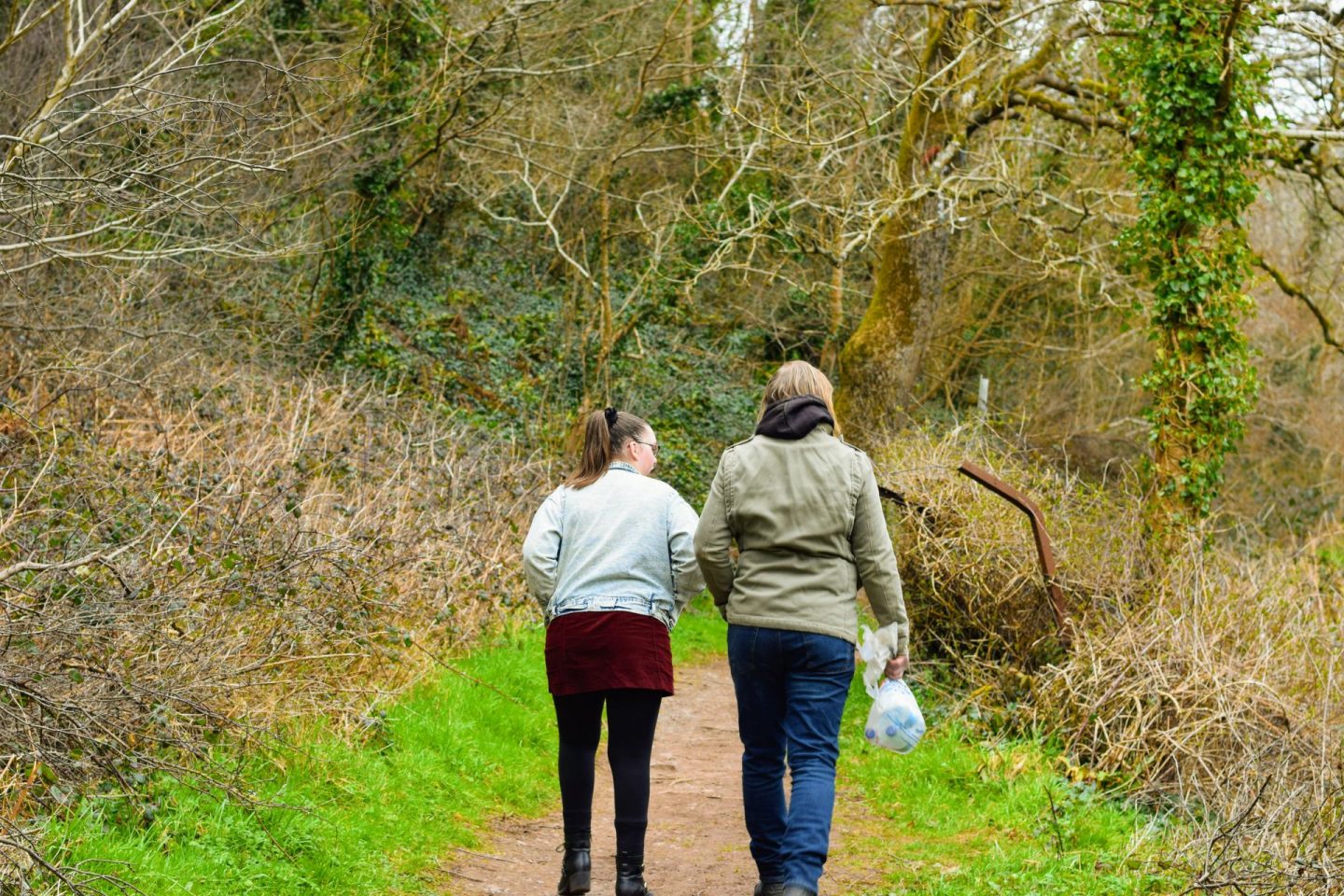 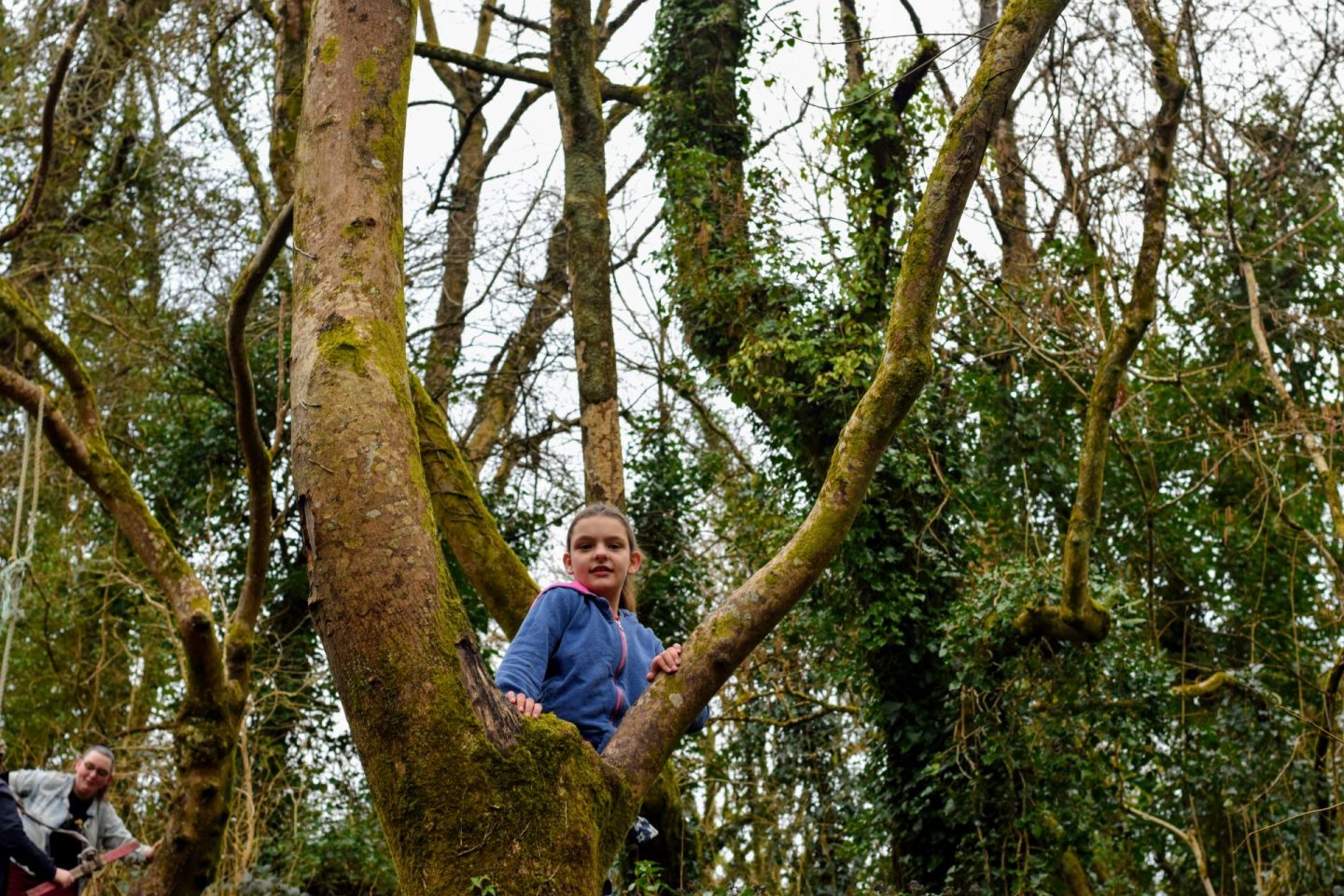 The kids love “off-roading” and climbing the banks and trees.  It’s a great place to build a den. 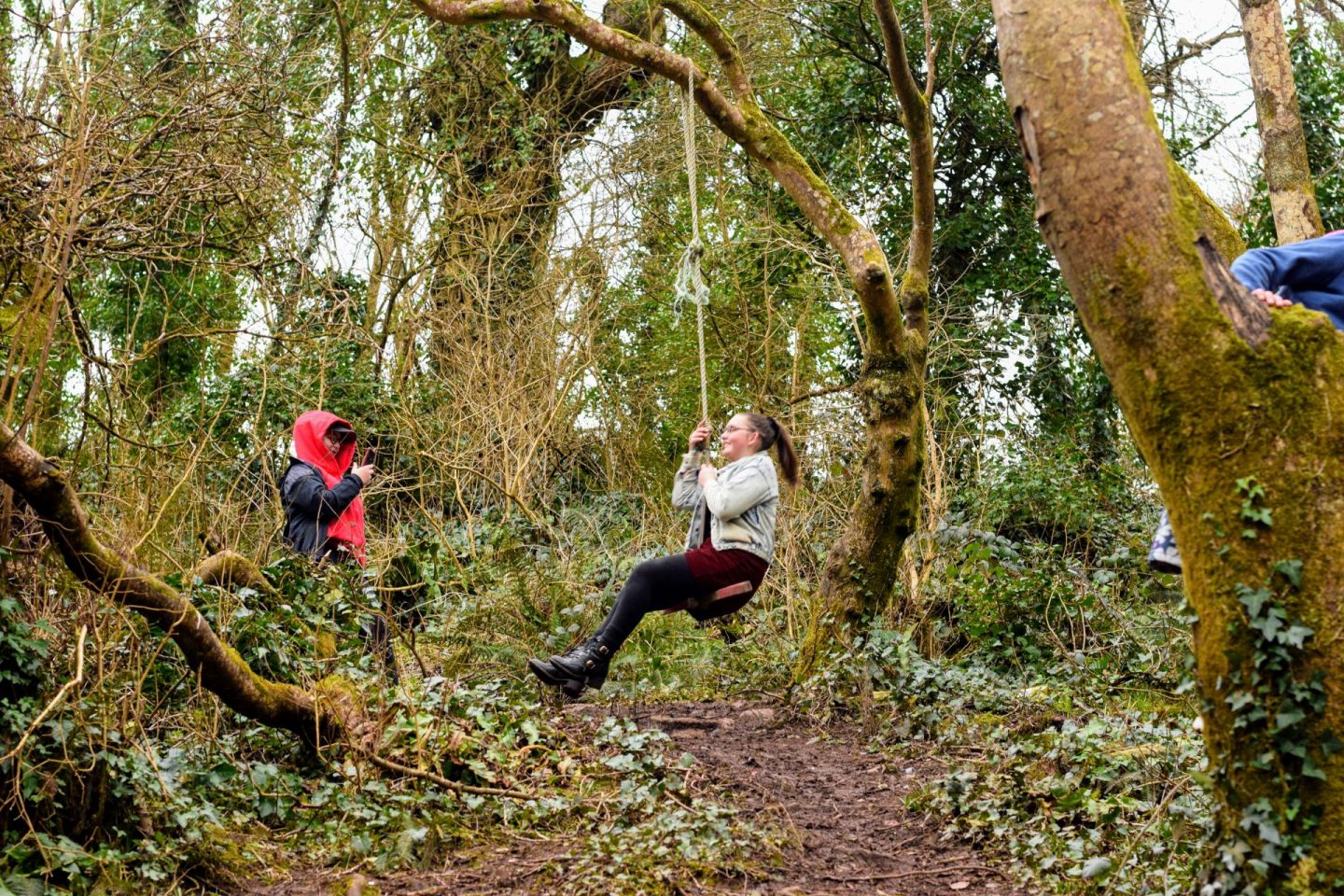 The rope swings have moved slightly, but there is always a rope swing of some kind in these woods.  As always, the kids enjoyed playing on the swing until it was time to move on. 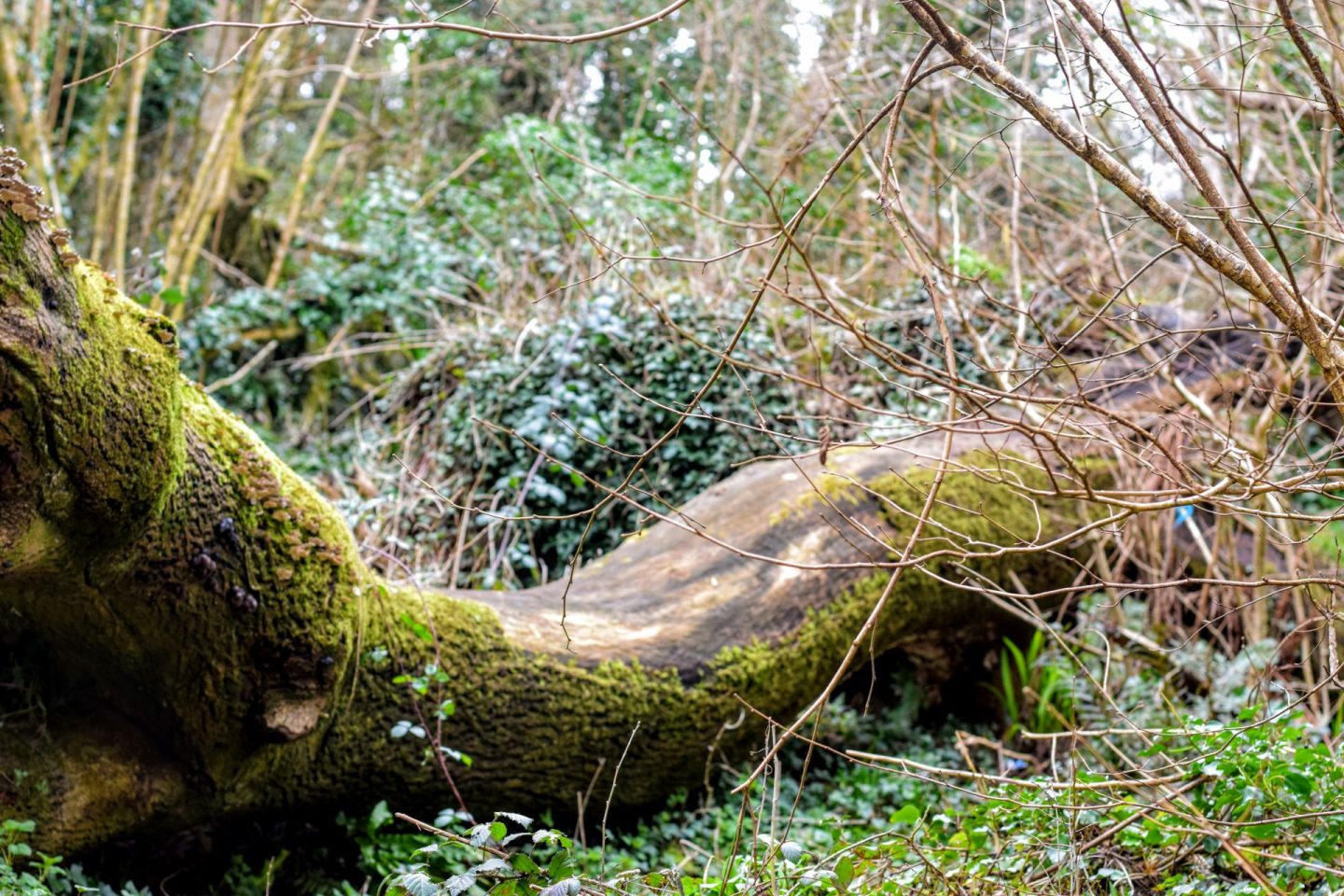 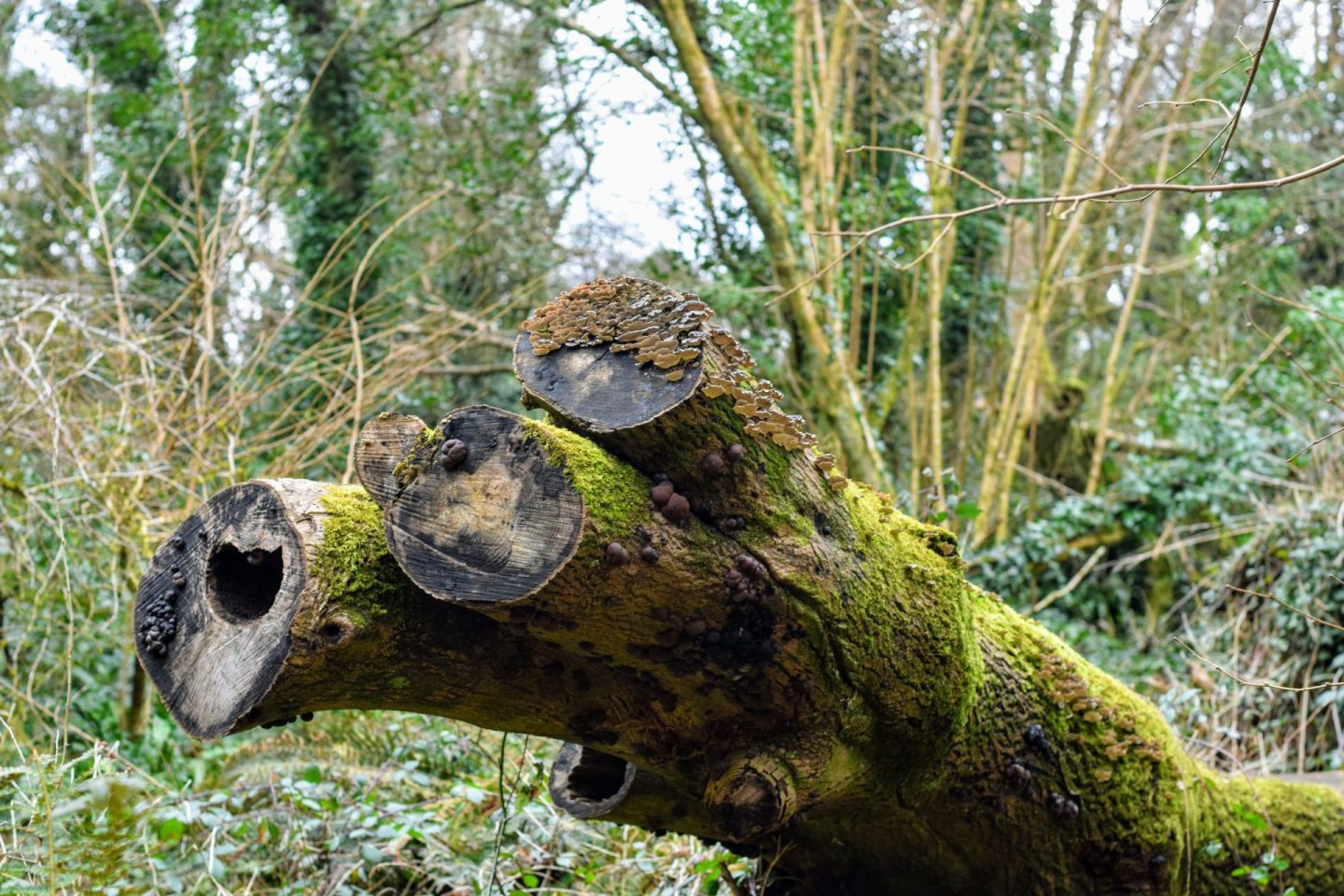 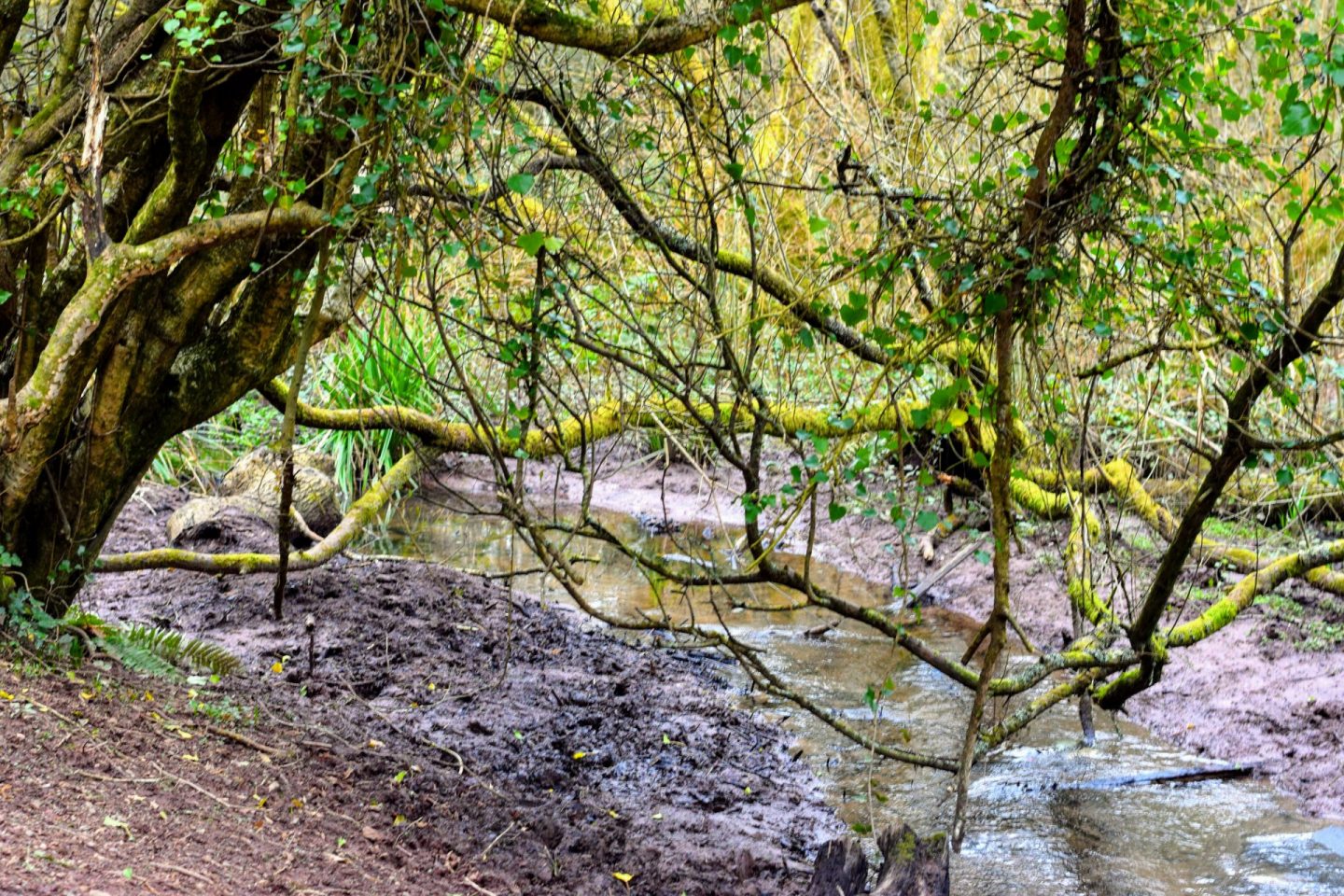 On wellie days we go down to the water too.  Danny, especially, never used to come home from this walk dry (and as I mentioned earlier often missing one welly or both!).  The older kids and I have all pond dipped here before.  We used pond dipping identification sheets to test the water quality and it always comes out as good quality with lots of creatures.  It’s surprising to think just how much wildlife is in the stream when you just walk past.  Walking here reminded me that I should get a kit and pond dip with Izzy.  I hope it’s still as abundant. 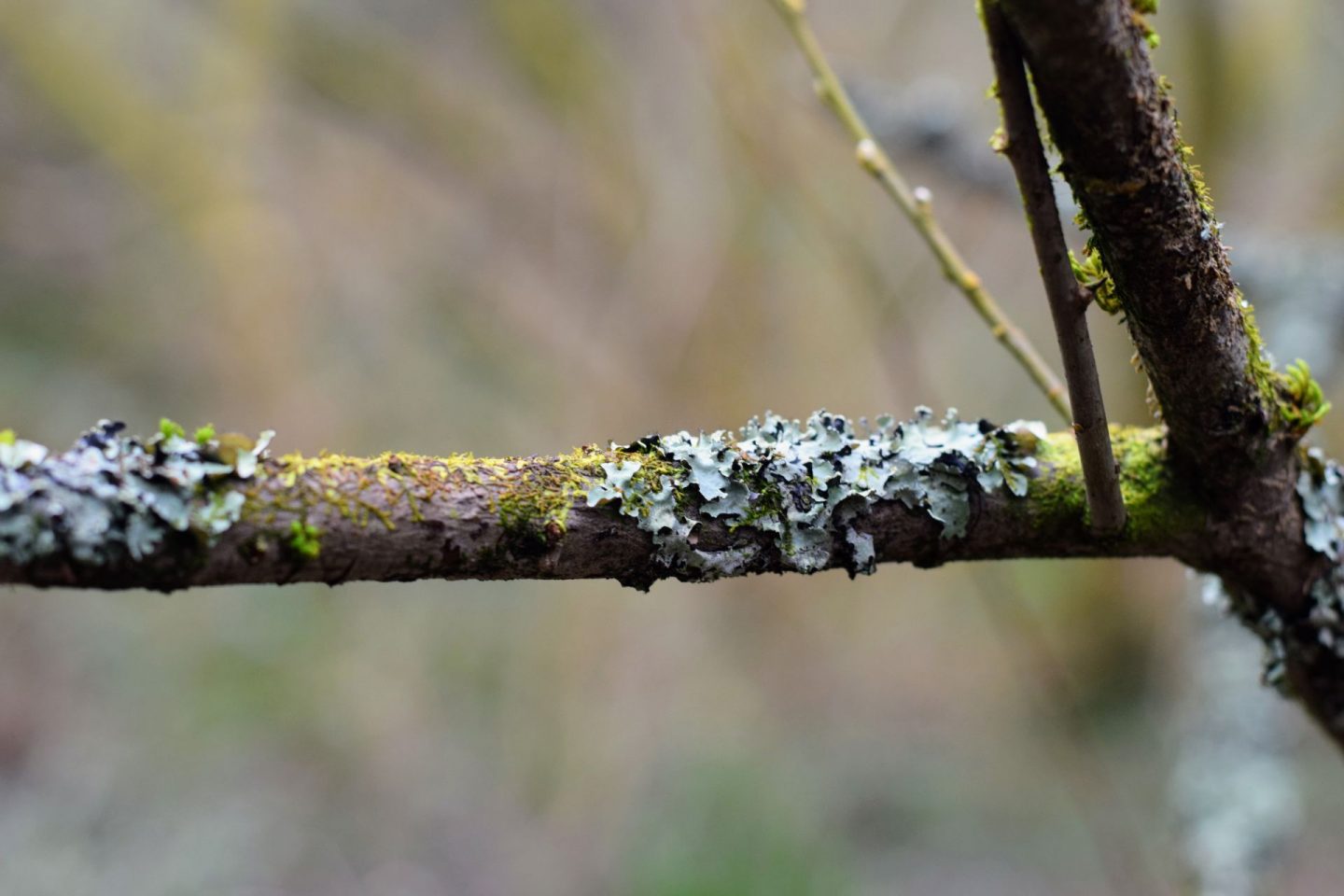 There is lichen on the trees too, an indication that there is good air quality. 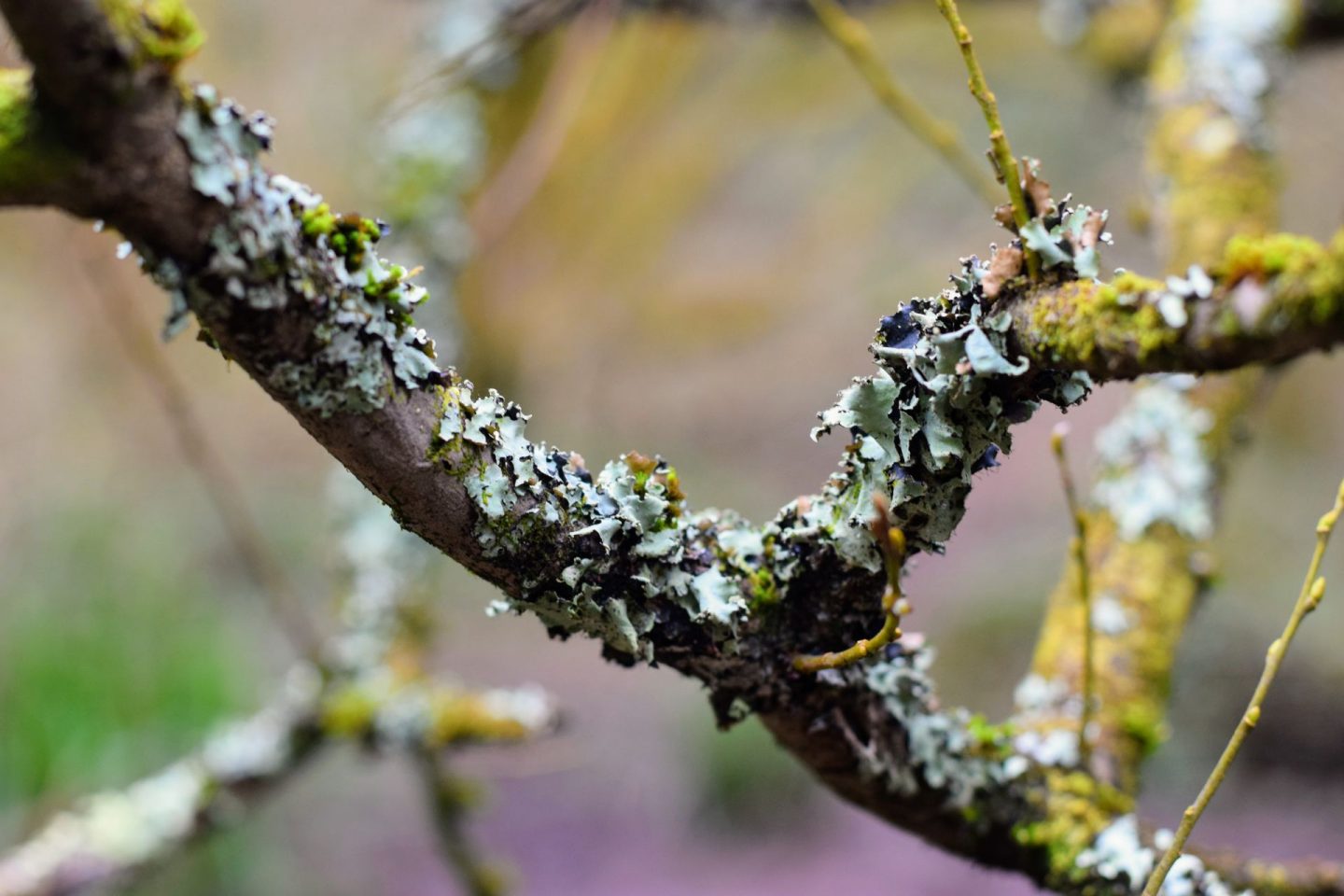 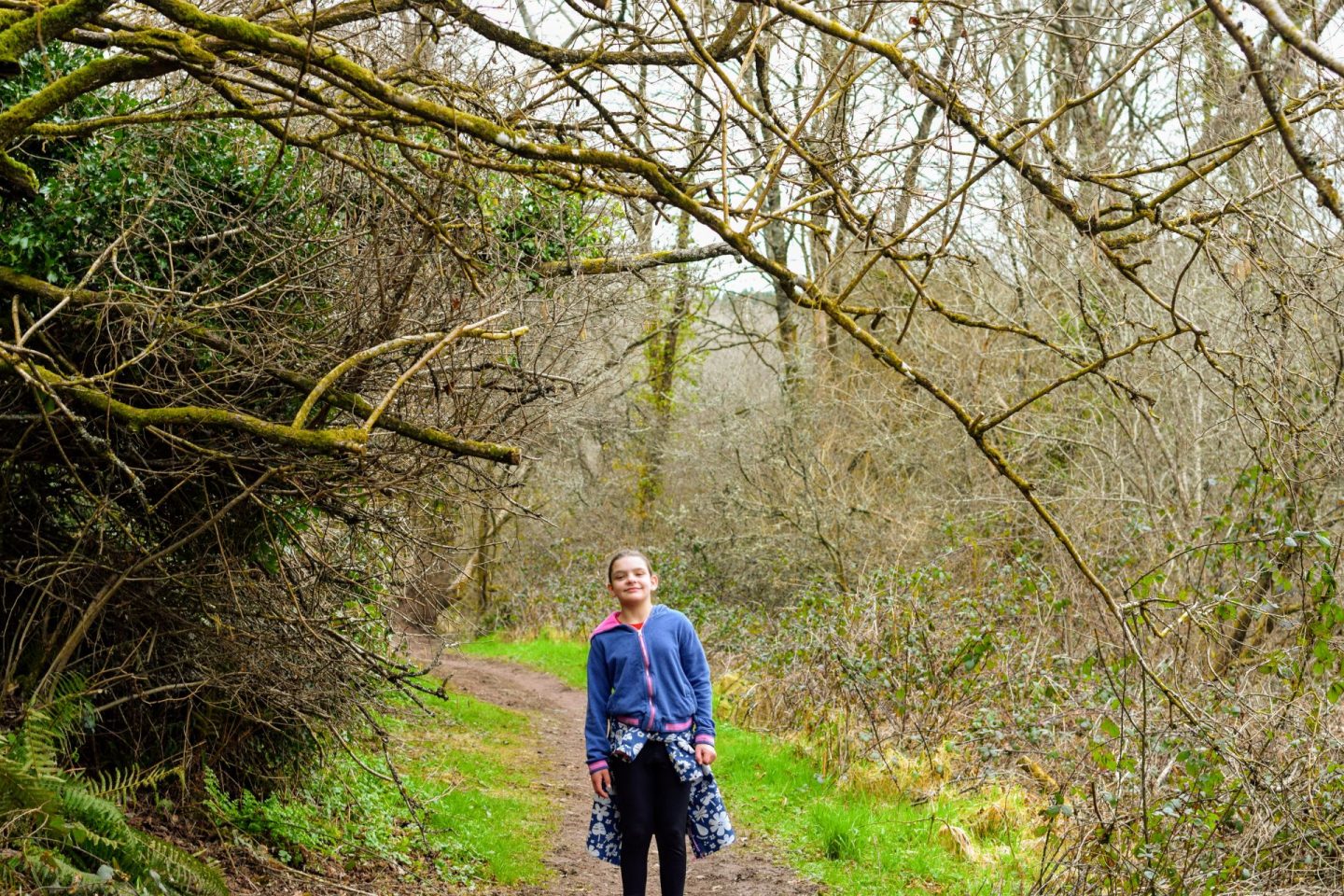 I love the natural arches formed by the branches. 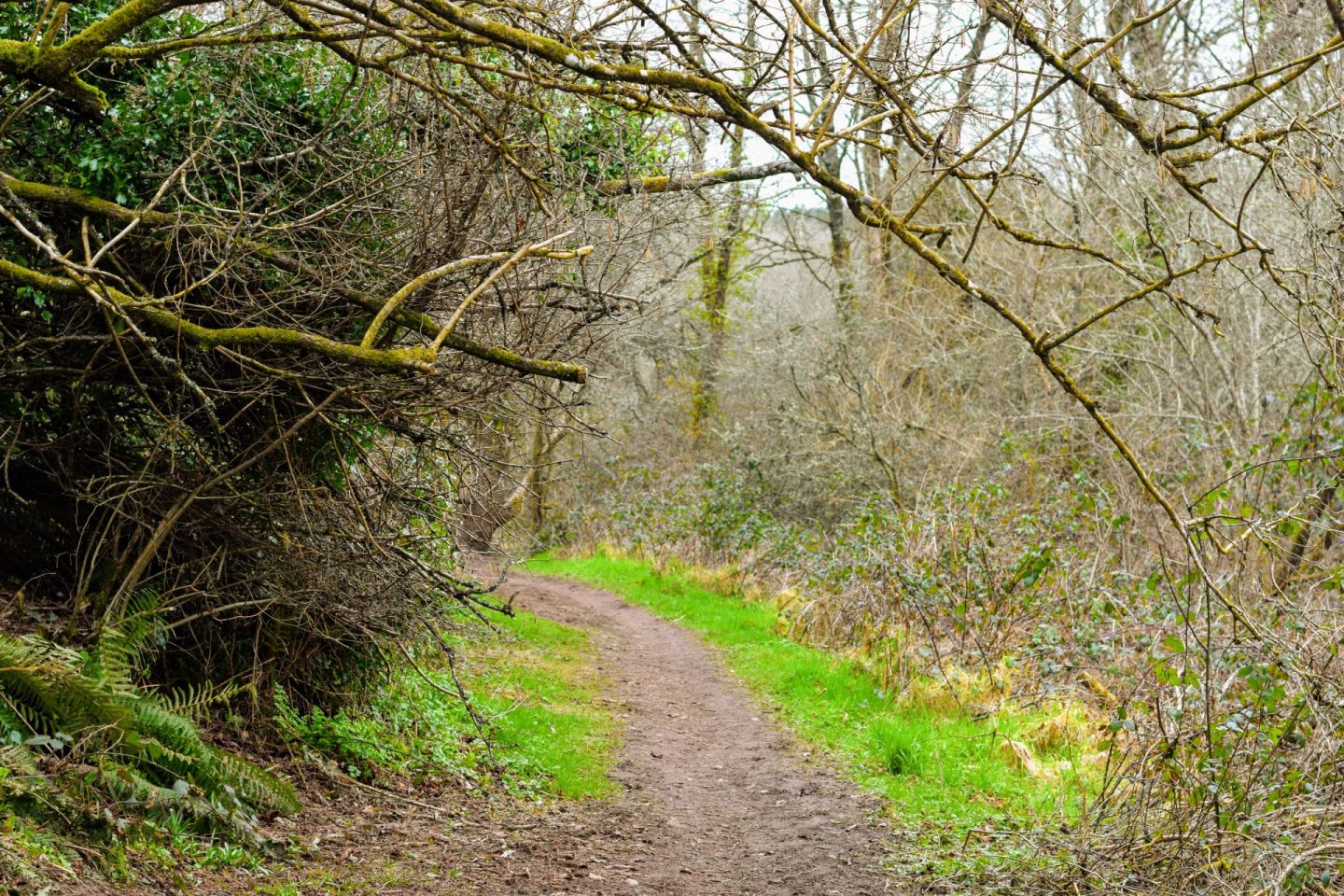 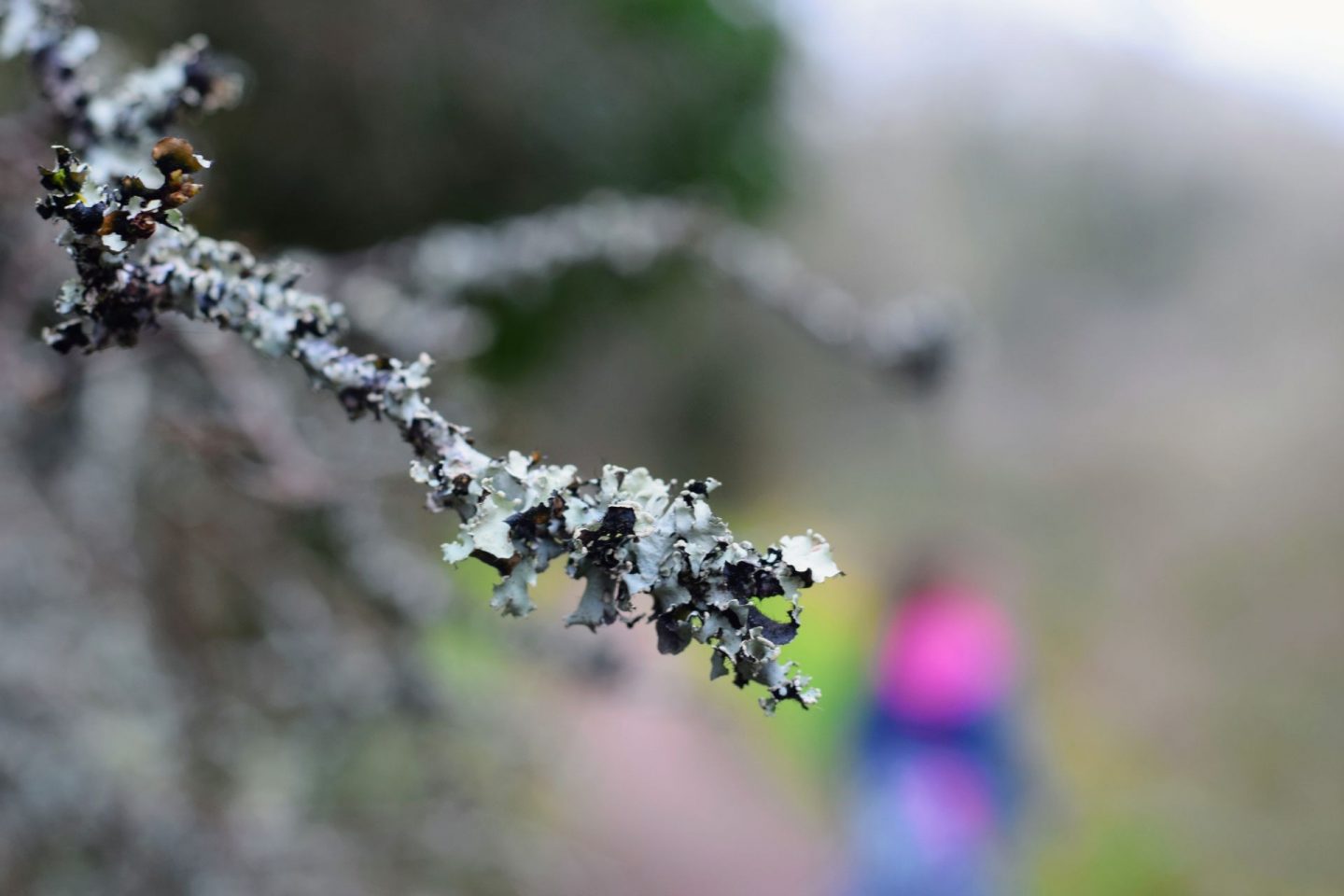 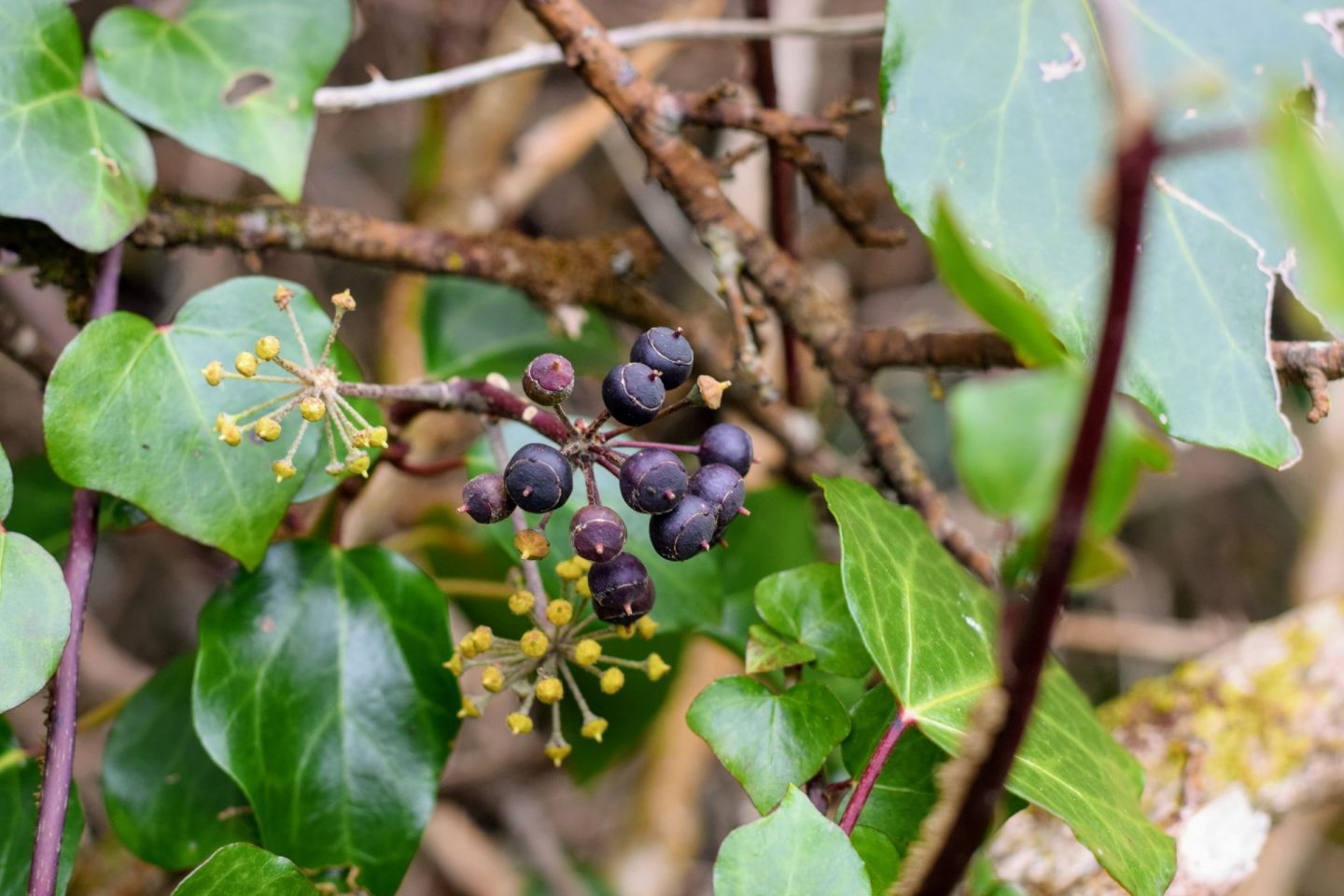 The woods were full of ivy berries for the birds. 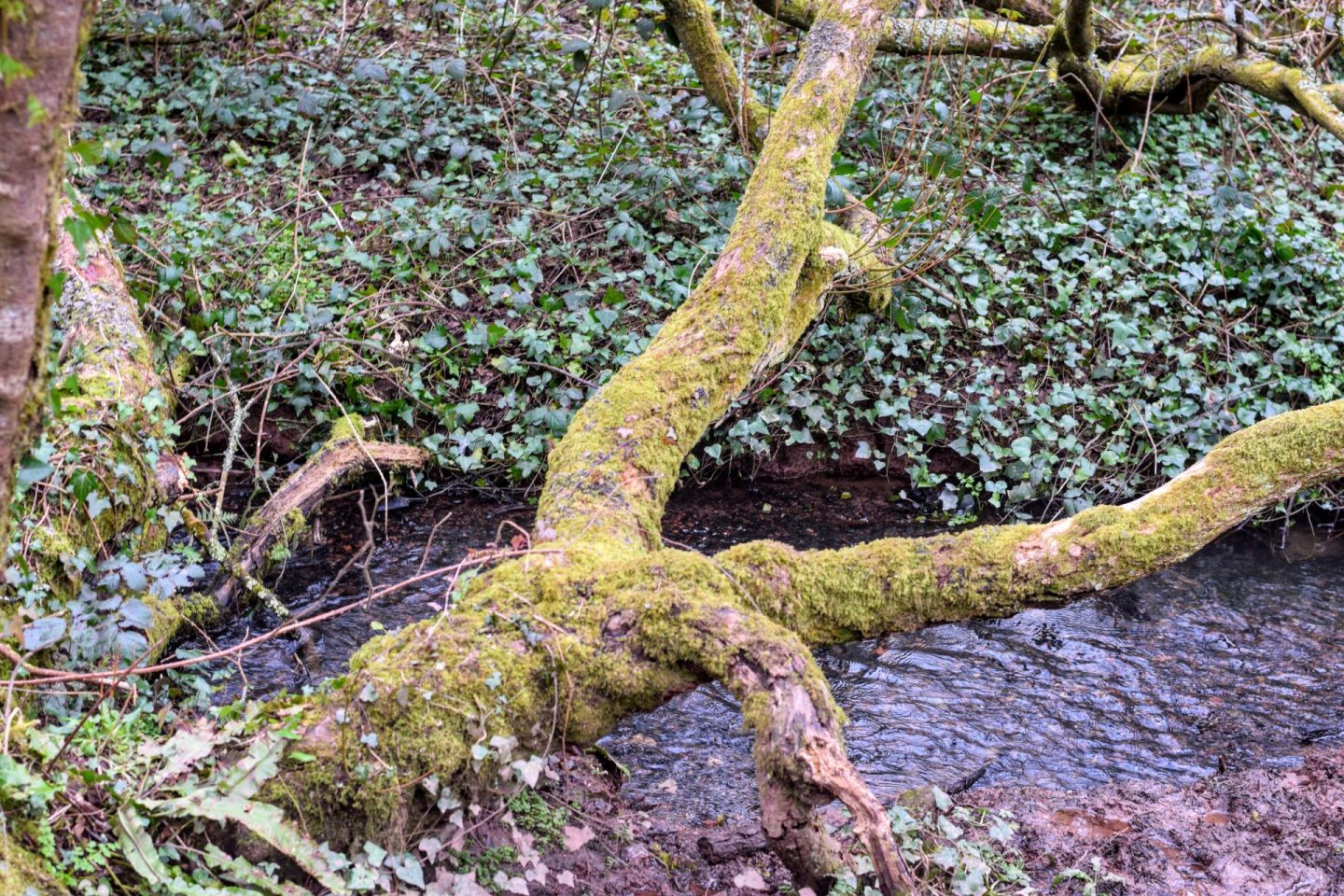 We crossed the little bridge, under which had sadly been used as a rubbish dumping ground again, then came to the next good water spot.  I remember Danny used to find this part best for observing tadpoles and eventually frogs and toads. 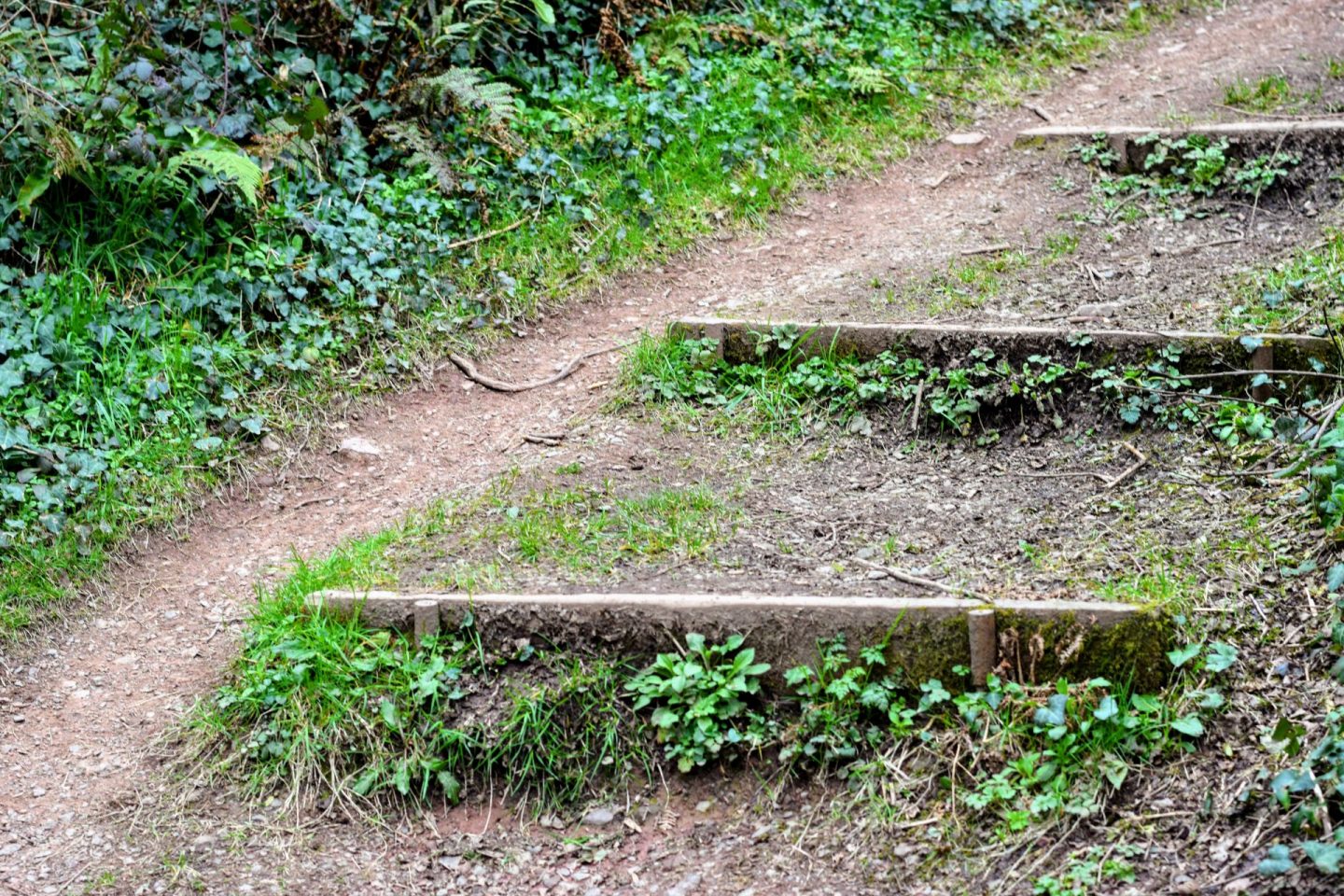 This walk, when the land is dry is mainly suitable for pushchairs.  However, there is a quite steep hill incline with part steps or a narrow path.  You could either walk into the woods so far and return the same way (sometimes we just have a play in the woods and on the beach) or if your pram/buggy is suitable for long steps and you’re feeling strong continue- there’s something very fun at the top! 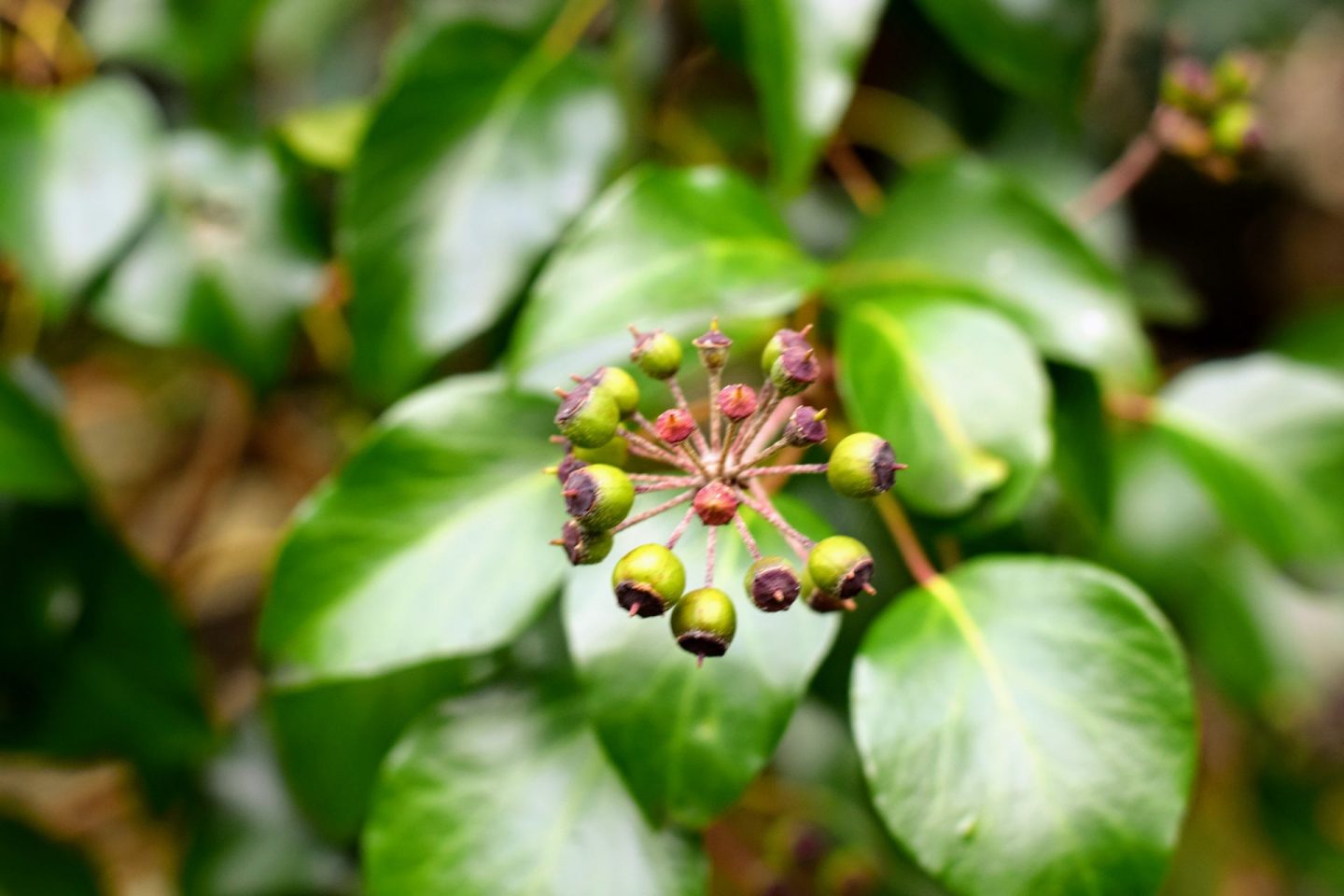 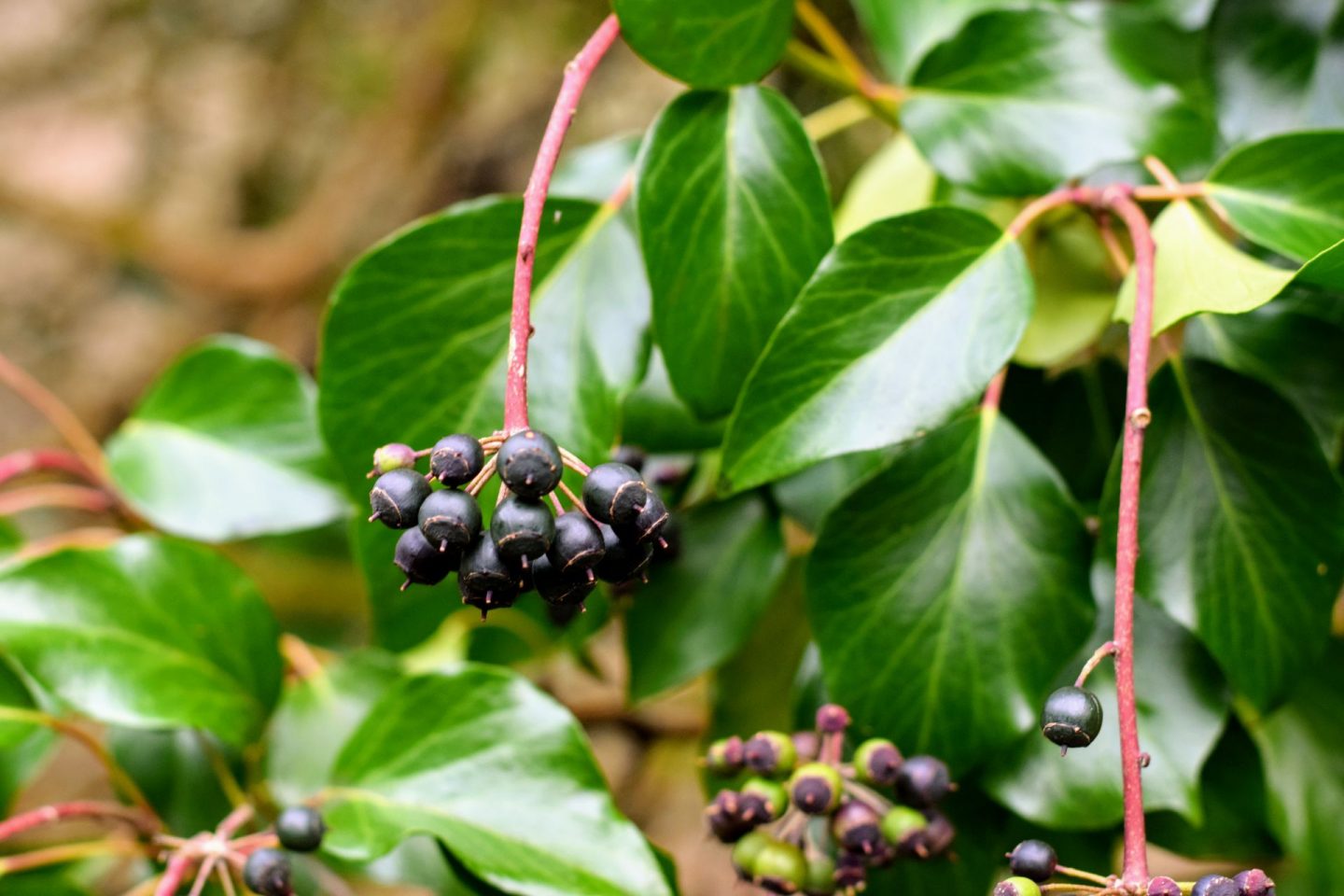 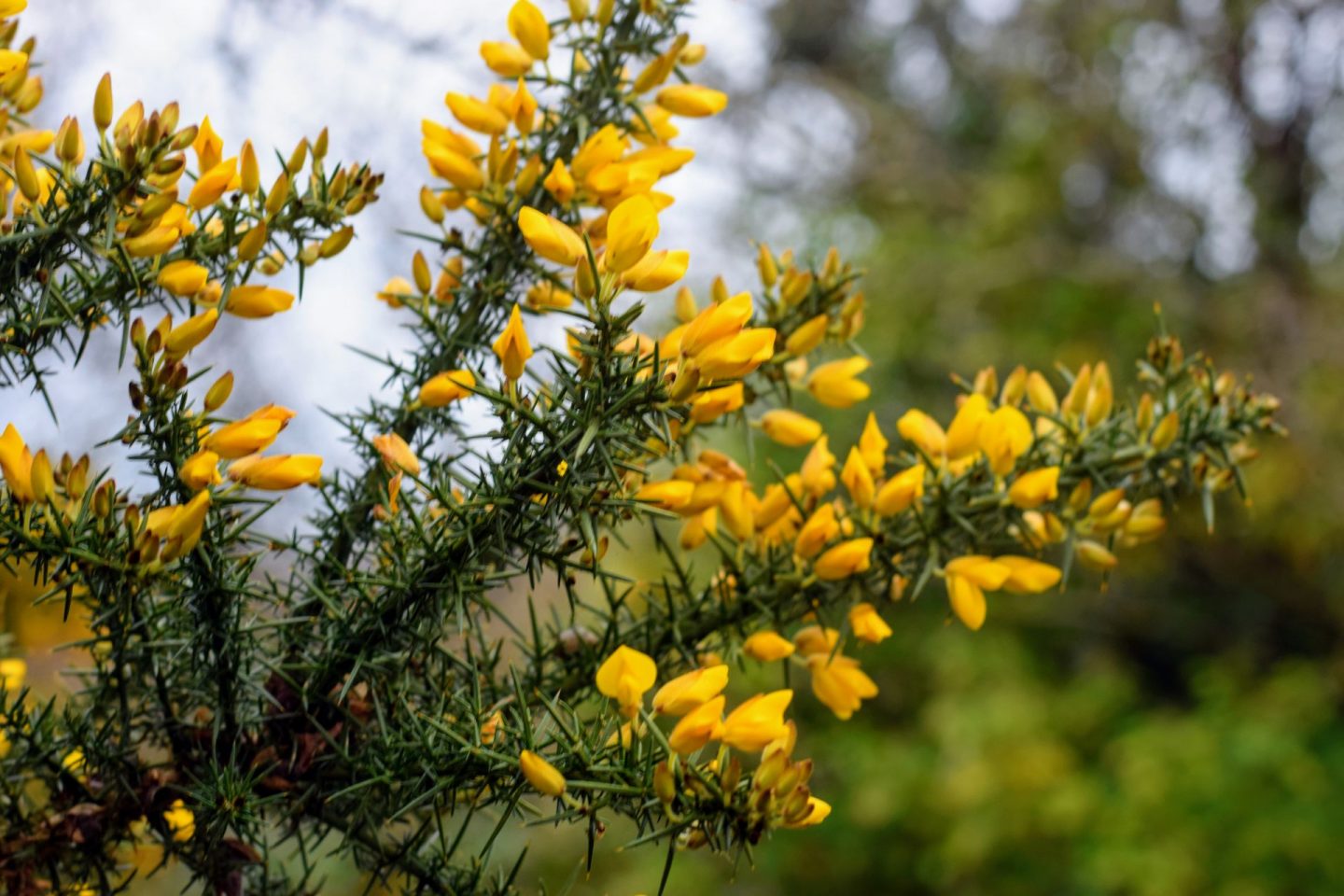 The Common Gorse provided a pop of yellow sunshine. 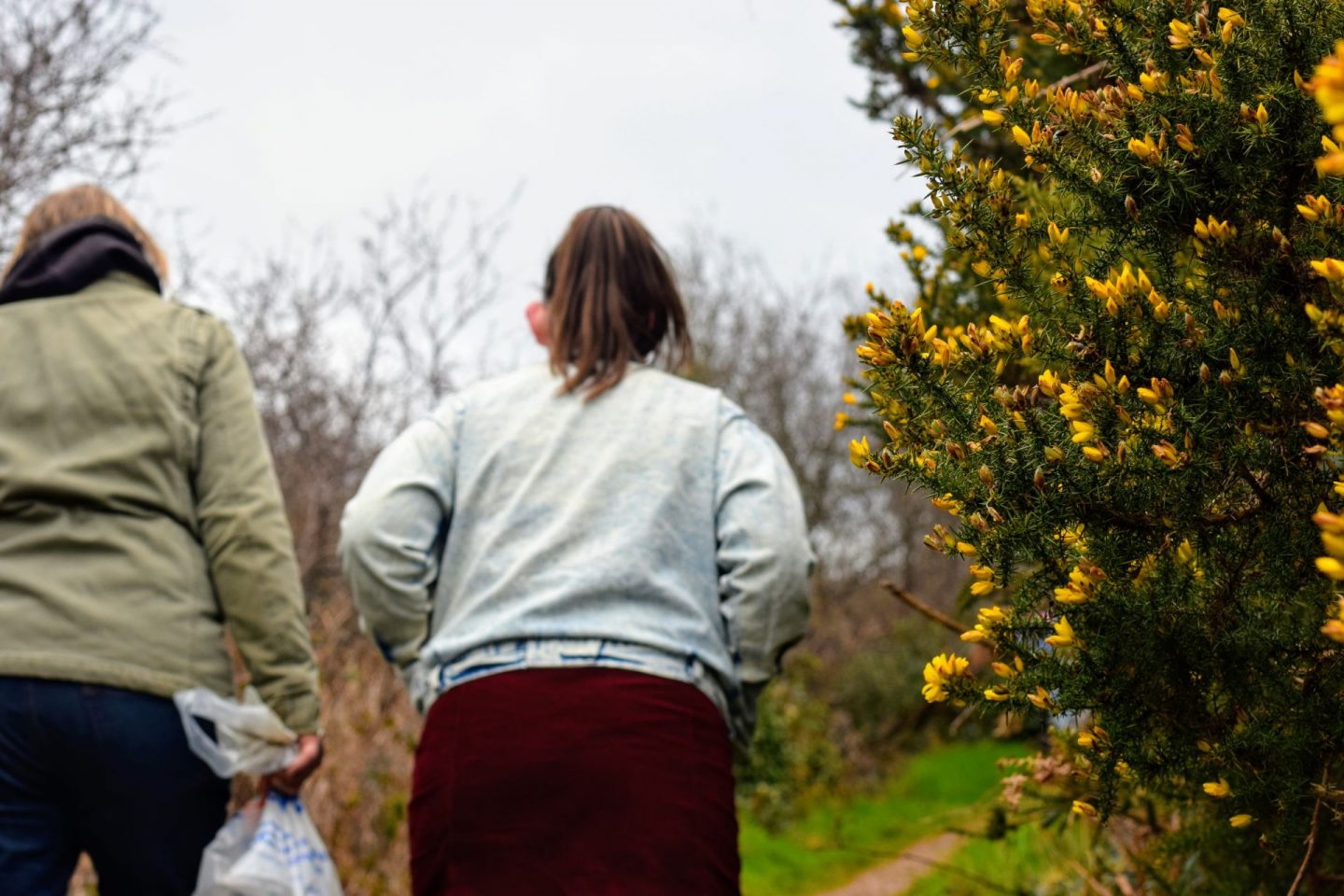 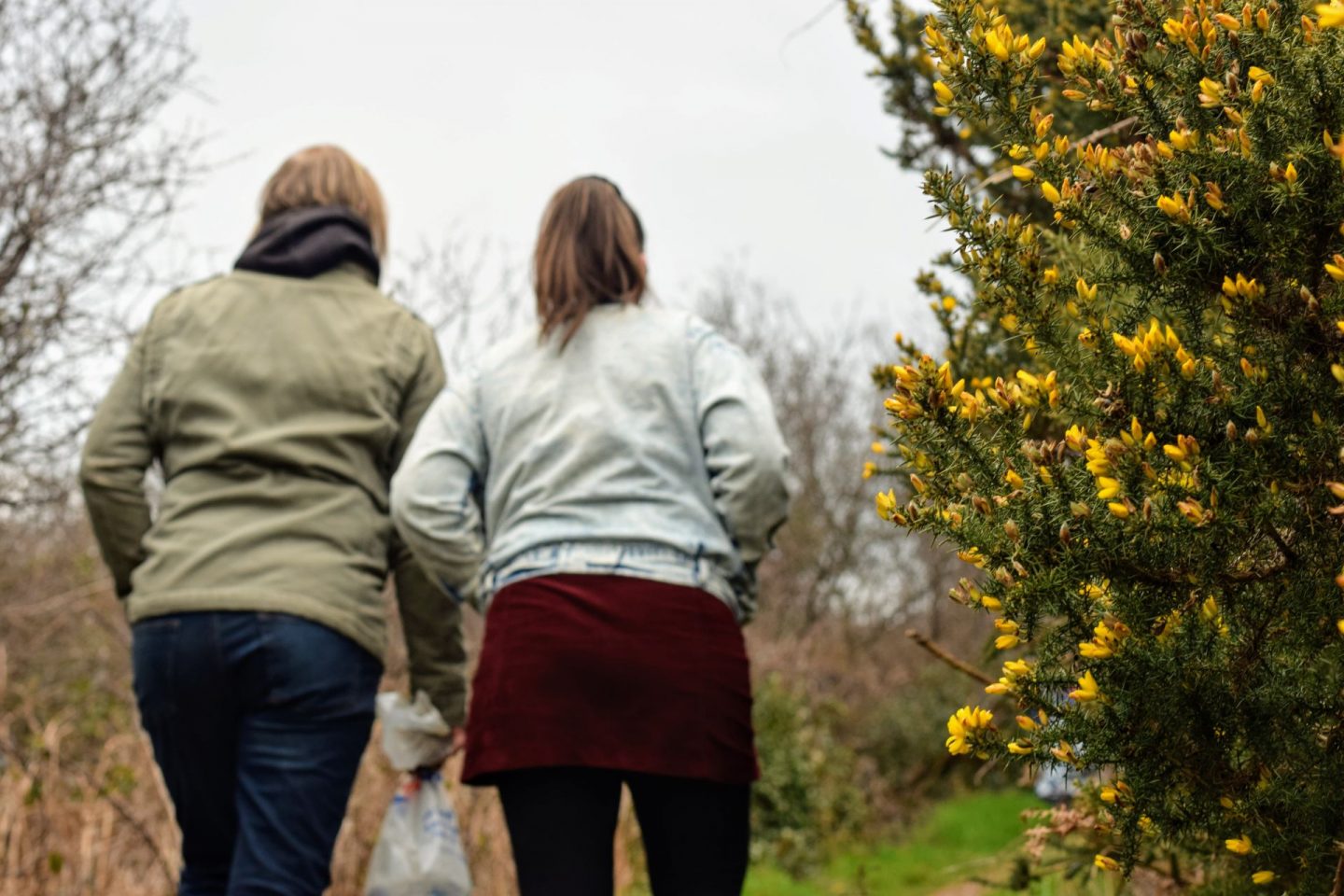 Just before the last incline of the hill, there used to be a bench to sit and enjoy the view.  It’s such a shame that it’s gone- I really missed it during this walk! 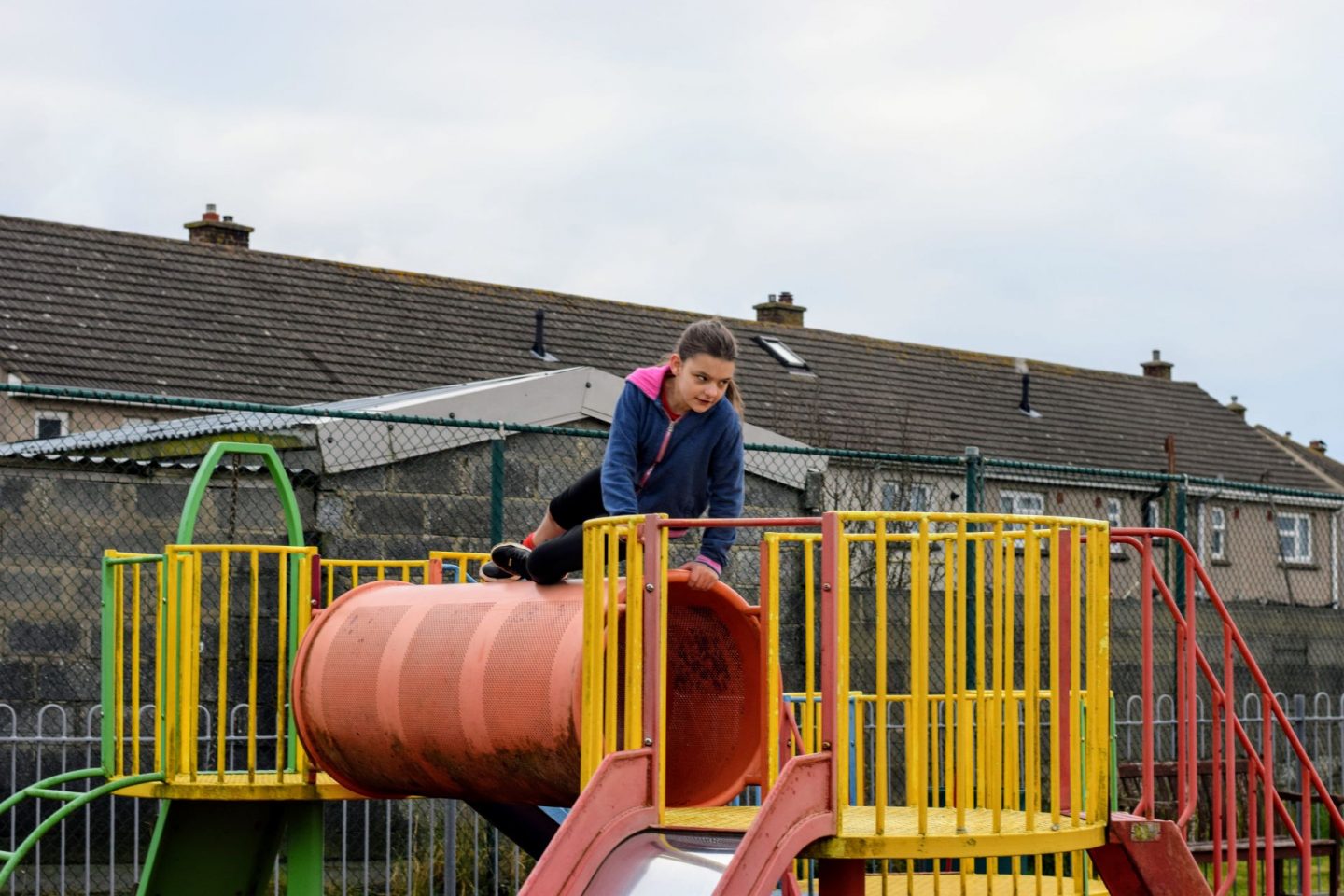 The woodland walk ends at our local park, so we stopped there to have a sit-down and a quick play in the park before heading home.  It was so nice to see the girls have fun playing.  It was the second time they’d been to a park in over a year.  Sadly, the rest of our route home is a bit boring and urban.  I’d love a nearby completely circular woodland walk.

It looks like travel restrictions will be opening up in Wales so we can go a bit further around Wales again.  I only want to go to quiet places for now but it will be good to explore somewhere new.