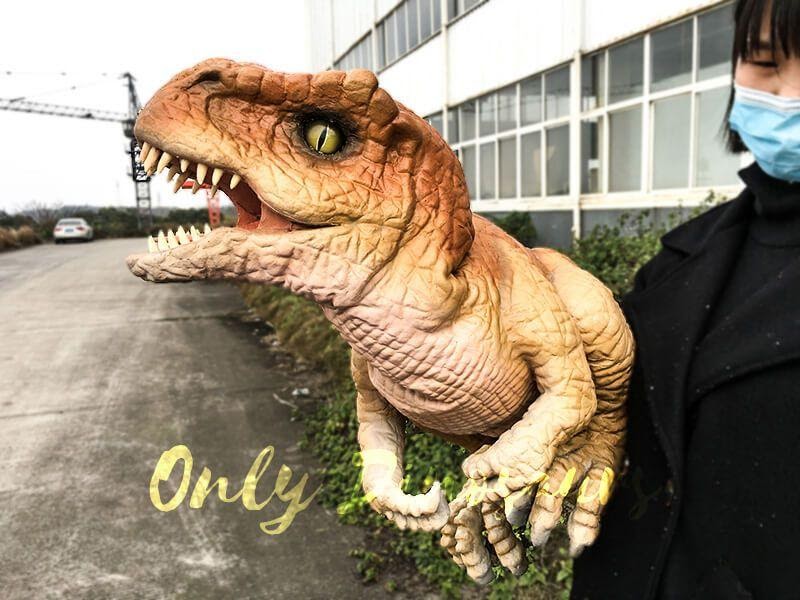 Whether you’re looking to put on a comedy show for your friends and family on zoom or a professional show, take a look at this guest post about how you can improve your set with a dinosaur puppet (my friend has one and believe me, everything is funnier with a dinosaur suit or puppet!):

The twenty-first century is manifested with never-ending and ever-increasing problems. Life is pacing on a fast track and people have got so busy that they hardly get moments of joy and laughter. In the contemporary busy and depressing lifestyle, everyone needs some moments off from their hectic routine and indulge in a light-hearted and joyful activity. People tend to choose the kind of entertainment shows that refresh them and spare them from their daily life worries. This urge to re-freshen up instantly has given hype to the trend of attending comedy shows. Comedy shows are in business today and people tend to be attracted towards them because of the environment created by the jocular events.

Comedy shows often present funny performances of groups but the trend has now shifted towards stand-up comedians. The stand-up comedians do the job alone and mostly rant about some real-life topic that relates to the audience. Stand-up comedy is popular nowadays and people prefer it over other entertainment shows. It provides them with quick entertainment that lightens their mood. Moreover, stand-up comedy is preferred by people as it is a quick way to get entertained. As the trend of stand-up comedy is increasing, more and more people are trying to get engaged with it and this saturation calls for better content and different ideas for one to stand out from the others in the business. This need is crucial because one cannot survive with mediocre content and ideas in a business with many people in it.

While looking for something different, one might come across different creative ideas to implement. One of such creative ideas is to amalgamate the art of puppetry and stand-up comedy together. People have always been fascinated by ventriloquists and puppeteers and it is a centuries-old practise that has never lost its charm. Puppetry, when combined with stand-up comedy, turns out to be a fascinating combination. Moreover, not only can it serve as entertainment, but also to spread positive messages.

There is no doubt that the combination of puppetry and stand-up comedy is an extra-ordinary one, but the question now is about the choice of the puppet. As one wants to stand out from the rest, the choice of the puppet needs to be very unique too for this purpose. There are many puppeteers with different kinds of puppets nowadays. Ventriloquists and puppeteers often go for cartoon puppets and these puppets mostly look silly and funny. So, people are familiar with this kind of puppet, so it will not be something different for them. One needs to carefully think of such a puppet that is not only different and unique but also serves the purpose. The purpose here is not only stand-up comedy but also to convey some productive message. So, the traditional silly puppets will neither attract and fascinate the public nor will they succeed at conveying a meaningful message.

The Dinosaur Puppets like those available at Only Dinosaurs are not only a good option because of their variety and features but the popularity of Dinosaurs and their history also adds up to the benefits of using Dinosaur Puppets. Dinosaurs are the only extinct species that are so famous among people. This is because of the discovery of their fossils in the last century. The fossil discovery gave way to the fabrication of fictional stories and the writers contributed much in communicating knowledge about the dinosaurs to the public. The rest of the job was done by the filmmakers, who brought the imaginary tales to the screen with so much creativity that they imprinted the extinct species in the minds of the public. The Jurassic Park franchise succeeded at filming the most famous and influential movies of all time with the main story revolving around the revival of Dinosaurs. The public has been in love with the idea of witnessing dinosaurs ever since. Dinosaur enthusiasts and Jurassic park lovers keep increasing their bank with dinosaur themed collectables. Dinosaurs are the most famous, talked about, and loved extinct species. Many theme parks have been created with statues and murals of dinosaurs, and they are a centre of public attention.

Where to find it?

One can easily get a dinosaur puppet as per his need from manufacturers like Only Dinosaurs. The dinosaur puppet will not only accompany the stand-up comedian in holding a funny conversation but the comedian can spread many positive messages through the use of the dinosaur puppet. For example, the message of saving endangered species can be spread in a light atmosphere by using the puppet of an extinct species. The message will be conveyed not only interactively but also in a relaxed environment. The message conveyed in such means will be much more effective. Moreover, many other effective messages like saving nature and maintaining the balance between technology and nature can be spread by using the Dinosaur Puppets.

As more and more people are stepping into the field of stand-up comedy, the competition is getting tougher. Only those with genuine and unique ideas can survive in the future. A unique idea is to present a combination of puppetry and stand-up comedy. Dinosaur puppets like those available at Only Dinosaurs can be used for this amalgamation of the two arts and perhaps they can also enlighten sensitive issues like saving nature.