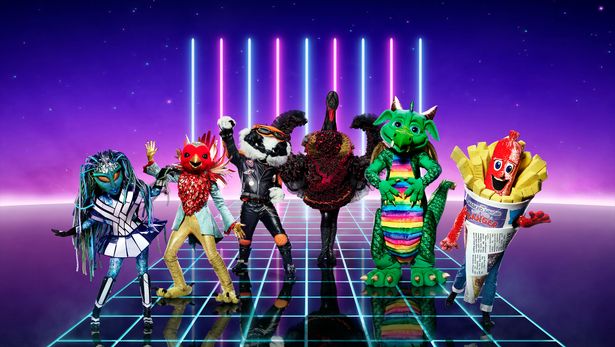 So, I’ve been watching “The Masked Singer” on ITV.  It’s a show that’s a bit like marmite, you either love it or hate it.  You can probably guess which side of opinion, I lie on!  I decided to write down all the clues so far, ready for the final.  I’ve published them here too in case they help you decide- who’s that behind the mask?  It’s so fun to guess but so difficult, once you have one artist in mind, you work every clue around to them and can’t imagine them being anyone else which often leads you up the wrong path- as I have done hugely!  Anyway, here are the clues and rough notes so far in case you’re also trying to guess:  who is Robin?  Who is Sausage and Who is Badger? on The Masked Singer tonight.  Good luck: 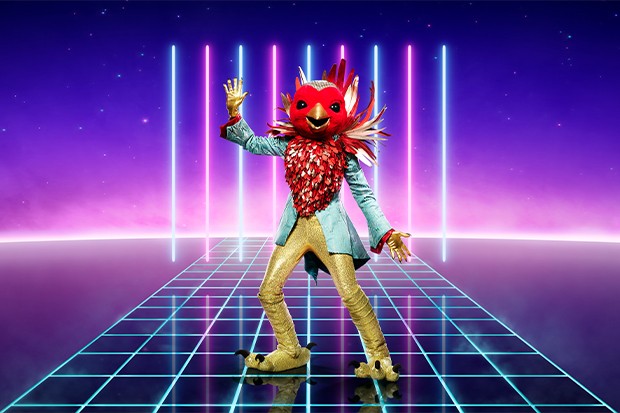 “Please put your hands together and make some noise for… Robin!””

“Whattsup everybody? You ready to start rockin?  I’m the robin and I’m here to play.  I’m fast, light on my feet and ready to go the distance.  Think you can keep up?  I’ve trained and now I’m fighting fit for the masked singer.  Bring on the competition.  My costume is pretty fly, right? I’m certainly no square (cut to Albert Square sign).  Tonight, noone’s going to rock this robin off his perch.”

Confident, some might say cocky, foot up on stage

Sings “Sunshine in my pocket” by Justin Timberlake (Dance, dance, dance a clue?)

“I may be a robin, but I’ve been known to fly without wings.” (Westlife)

“Performing as Robin was epic.  The panel thinks they can worm my identity out of me but I eat worms for breakfast.”

“On my last night, I took on an alien.  I had so much fun out there, I felt like I was in a world of my own.  The panel fought to place my voice but they havent’ landed on solid yet.  Will they have a better aim this evening?

“Sport has always been a big part of my life.  As a chick, I would always be on the gun.  (cue to football and IQ test fail).  If I wasn’t on the athletics track then I’d be on the pitch for a kickabout.  I guess it’s fair to say I always knew I’d be a footballer.  Being out on the field,  it takes a lot of coordination, it’s like a kind of dance.  Robins are known for their distinctive red breast, it’s sort of the team kit for the bird world.  A kit I wore proudly when I played along with some sporting legends.  I really puffed out my chest with pride when I represented my country,  Scoring a place in the next round would be another feather in my cap. ”

Sings:  Tones and I:  Dance Monkey

Davina:  Got to be a singer:  Nicky Burn (Westlife and played professional football)

England Captain or Soccer Aid- feather in my cap

Two Truths and a Lie

“I’m actually really surprised by the judge’s guesses.  Some have been close to the mark but some have been way off.”

“I’m still in this competition and my mask is still on, but the panel needs the luck of the Irish to pin the right name on me.

He added that Robins: “might have wings, but we don’t stray far.

“Don’t get me wrong, I’ve migrated all over the world – but not all locations are for me.

“I don’t want to waste any time not doing things I love.

“Focusing all my energy on the things I’m good at.

“Tonight, I’m going to fly the nest once more and head for victory.”

Before his fourth performance, Robin said: “It might surprise you, but I’ve not always been the bright and confident bird I am today.

“The most exciting Aviary is one with diversity.

“I know just how valuable a mentor can be.”

In Robin’s ‘backstage footage’, he is seen waving to apparent screaming fans through a door.

Before his fifth performance, Robin said: “This Robin might have a red breast, but he’s also known for being blue.

“Starting out at my career in a young age means you have to grow up fast.

“As a Robin, I’ve evolved quickly. You could say my discovery was almost accidental.

“Tonight, this Robin is reaching for the high notes and hoping for success.”

“Here we are at the final in another competition.  (JLS were in final with Alexander Burke in 2008 to millions of viewers!)

I hope I don’t make a Burke of myself.

I was so sure it was Lee Ryan from Blue but the last clues are definitely pointing at Aston Merrygold from JLS- who is behind Robin’s mask? 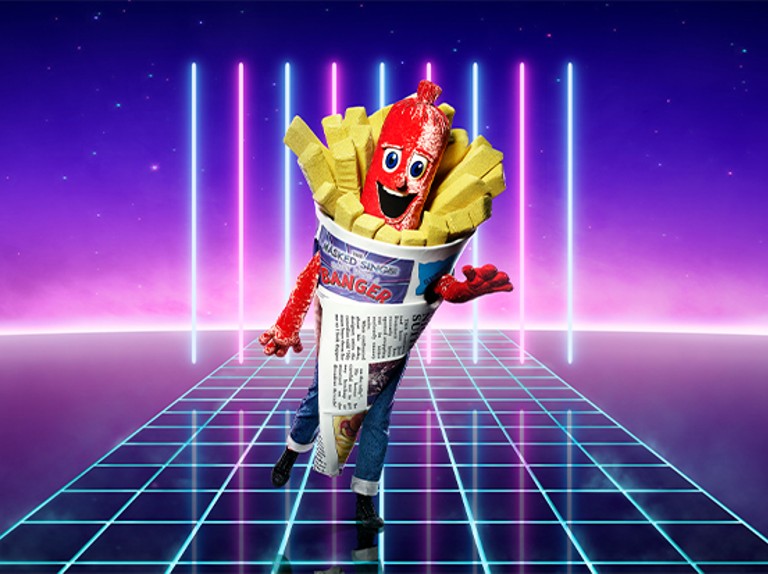 “Hello, it’s me, Sausage (walks along beach). The thing about sausages is their a combination of a little bit of everything and I guess you could say the same about me.  With my chips and my burger wrapping I may look a bit of a tom boy but I am a girlie girl.  I love a bit of glam, but that doesn’t mean I can’t have fun and to honest, I’m a bit of a silly sausage.  I just want to have a laugh.  And tonight, I’m singing a real banger!”

Billie’s Burger Bar menu:  Making the best burgers “because we want to!” (Bilie Piper?).  Although these clues also feature “red herring” on the menu so maybe ignore?

“My performances are something of a balancing act.”

“Oh my god, this is so amazing, I love it.  Those guess where way off the mark…or maybe I’m telling porkies…”

“Okay, let me “ketchup” on my last performance.  Wow, what a great response!  I’m overwhelmed, ’cause honestly, I’m just a regular sausage.  The panel tried really hard to get the scoop on who I am.  This sausage has certainly put the panel in a pickle and I’m relishing every moment.”

“The thing with sausages is they can be gourmet or no-nonsense and I’m definitely a bit of the latter.  I don’t mind speaking my mind and following my own path.  But ultimately, I love a bit of the simple/single life.  I don’t need a glam party, I’m very happy with a couple of beers (cut to two pints of lager and a packet of crisps, ahem Sheridan Smith) and a bag of potato snacks.  I’m equally at ease with a night in at home.  You’ll most likely find me with a hammer and a set of nails ’cause i do love a bit of DIY.  Tonight, I am going to sizzle as I serve up another tasty treat.

Two pints of lager and a packet of crisps

Sings:  And I Tell You I’m Not Going:  Jennifer Hudson (sounded spot on like Sheridan Smith)

Davina:  Stacey Dooley until she sang then AJ Odudu

Two Lies and a Truth:

Sheridan Smith- starred in Legally Blonde and War Horse and learn to horse ride for Moll Flanders.  She went on to rescue animals.

“Sausages aren’t often the subject of fairytales, but maybe that’s about to change.”

“Because this little Sausage has some tales to tell.

“I was once on the menu for a princess.”

“I’m a true romantic, and I guess one of my favourite tales was getting to see some very important people say for better or verse.” 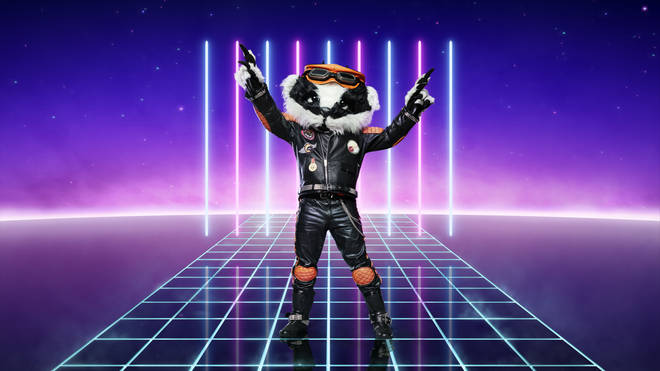 “Yo! I’m the badger.  The badger is a pretty unmistakable animal.  Yet, life behind the mask means my identity is going to be completely hidden But that’s nothing new to me.  In my career, I’ve been totally used to being anonymous.  Seriously, there are times when I could have been on the streets, surrounded by people but no one would have had any idea it was me- hopefully just like you guys.  Do you think you can work me out?  Tonight, it’s me versus sausage and I’m going to try and claw my way to victory.”

I see things like a virtual world. (Muse, as they’ve done a lot with virtual reality and Matt, is really into it)

“Whoa, I had the whole place rocking out there tonight but the panel – way off!  Hahahahha (evil laugh!)!”

“My last performance was amazing.  The panel dug deep to pin a name on this badger.  But when it comes to digging, they’ll have to get up extra early to catch me out.  Badgers are shy creatures and I certainly was when I was younger, especially around girls.  At school, I wrote poems about girls that I liked but I was so shy I would never show them.  Due to my shyness, for years  I had a talent I kept hidden.  One day, I decided to show my friends what I could do and this badger blossomed.  I learnt a great lesson.  Being yourself is your greatest gift.  Tonight, my poem is this:  “Where there is black and white, I’m going to go out there and win tonight.””

Two Truths and a Lie

“By the look of things, it’s going to take the panel so long to guess me, I’ll probably be in hibernation!”

“So far, in the competition, I’ve had the panel flummoxed, to be honest, I’m on cloud 9 about it.  Badgers are very homely, they live in big families, in well-maintained sets, and that’s just like me.  I grew up in a large household. I guess you could say I was one of a kind.  My family were all very creative.  I guess that’s something that was passed down to me.  In fact, it was Mum who opened me up to my gift when I was very young. With so many of us under one roof, there was little room to spare.

“There wasn’t even room for a mouse in the house.” (wondering if this alludes to Matt Bellamy being shy and quiet and having to move in with Grandparents when his parents divorced and there were step-siblings etc.).

“Tonight, I’m dedicating this to some very special little badgers out there.

Song:    Kelly Clarkson:  Because of You (sounds like a song from father to children.)

“They have absolutely no idea who I am.”

“There’s more than one type of studio this Badger’s familiar with.”

“Does this sound cryptic? Good, because I love to play games.”

“What I can tell you is that tonight, this Badger’s going to come out fighting.”

In Badger’s backstage footage, he picked up a note saying: “Badger, just wanted to say thank you. Love, Barbra”.

“So far in the competition, just like in my career, I’ve been remaining anonymous.”

“Badgers look out for each other, that’s something I’ve tried to do with my career.”

“Spreading cheer shouldn’t be just for Christmas, it should be 365 days a year.”

“I’ve been very blessed and humbled to have such a platform, and I like to use it to give back.”

“I just want to help make it possible for other people’s dreams to come true, too.”

So I’m convinced this is Matt Bellamy from Muse but tonight’s clues mention being a judge on a show and he mixes up accents, has Matt done been a judge?  Could it be Olly Murs?

Good luck guessing!  Who is Robin?  Who is Sausage?  Who is badger?  Who’s that behind the mask?  Get if off!