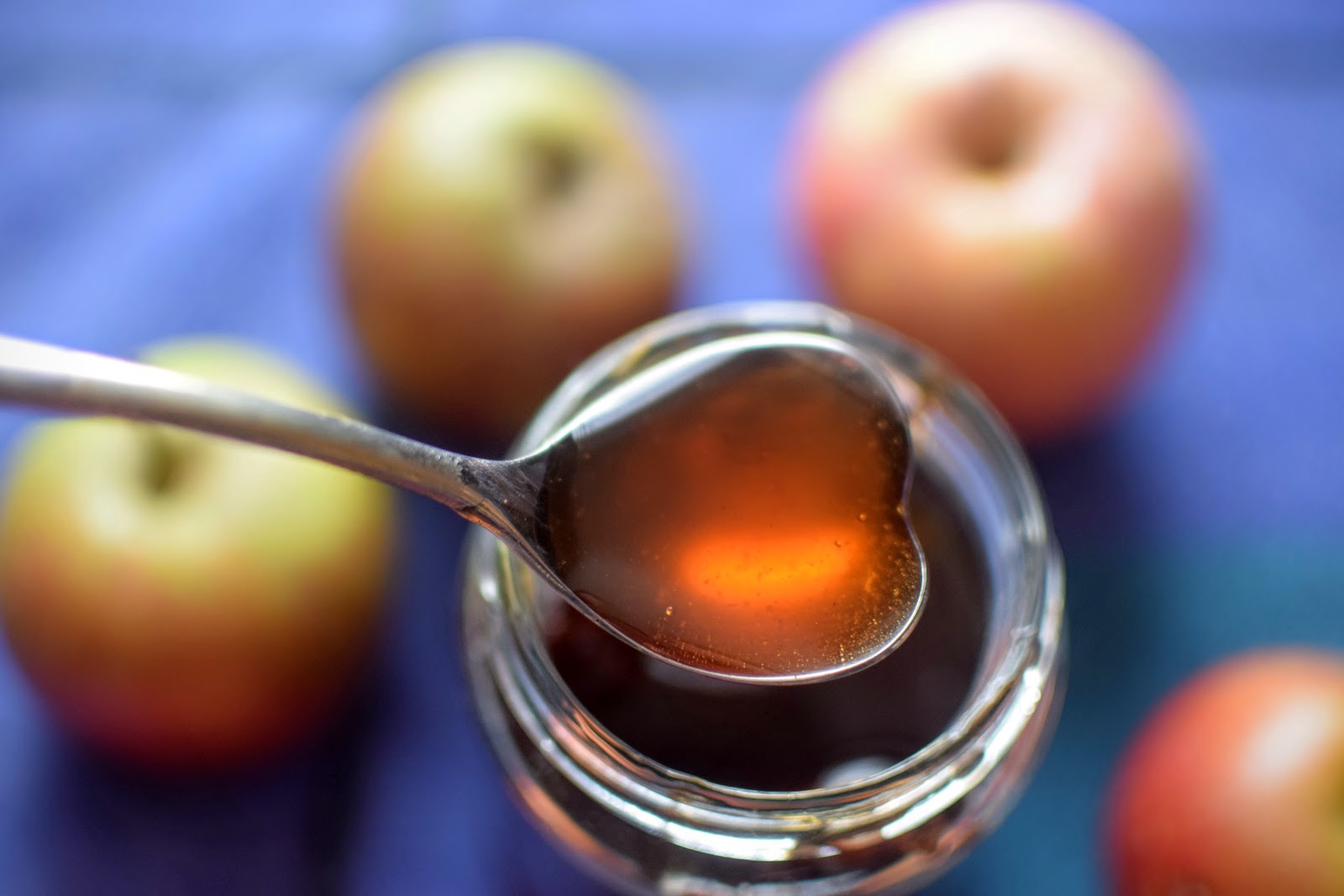 This Apple and Cinnamon Syrup is quick and easy to make, most importantly it tastes delicious and can be used in many ways.  It can be added to coffee, hot apple juice, vegan ice cream, dessert, cocktails or to latte to make an Apple and Cinnamon Syrup Soy Latte as featured in this post (use your dairy free milk of choice).  Now I know how easy it is to make I’m definitely going to make apple syrup in the future as an alternative to honey instead of the store bought “squeezy sauces” I’ve been buying.

Looking for Apple and Cinnamon Syrup Sauce?  Here is the recipe, enjoy! 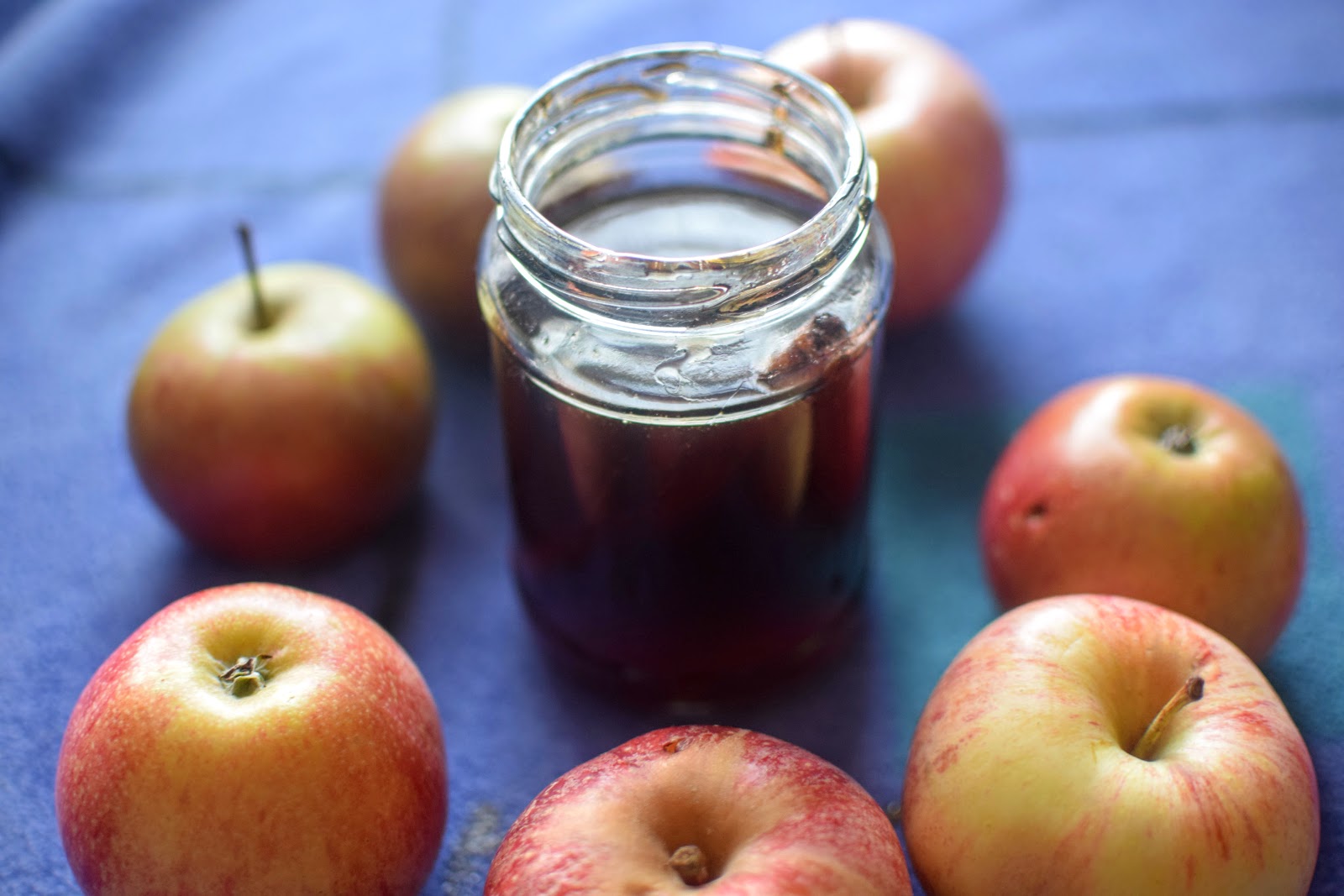 
Makes one jar of syrup 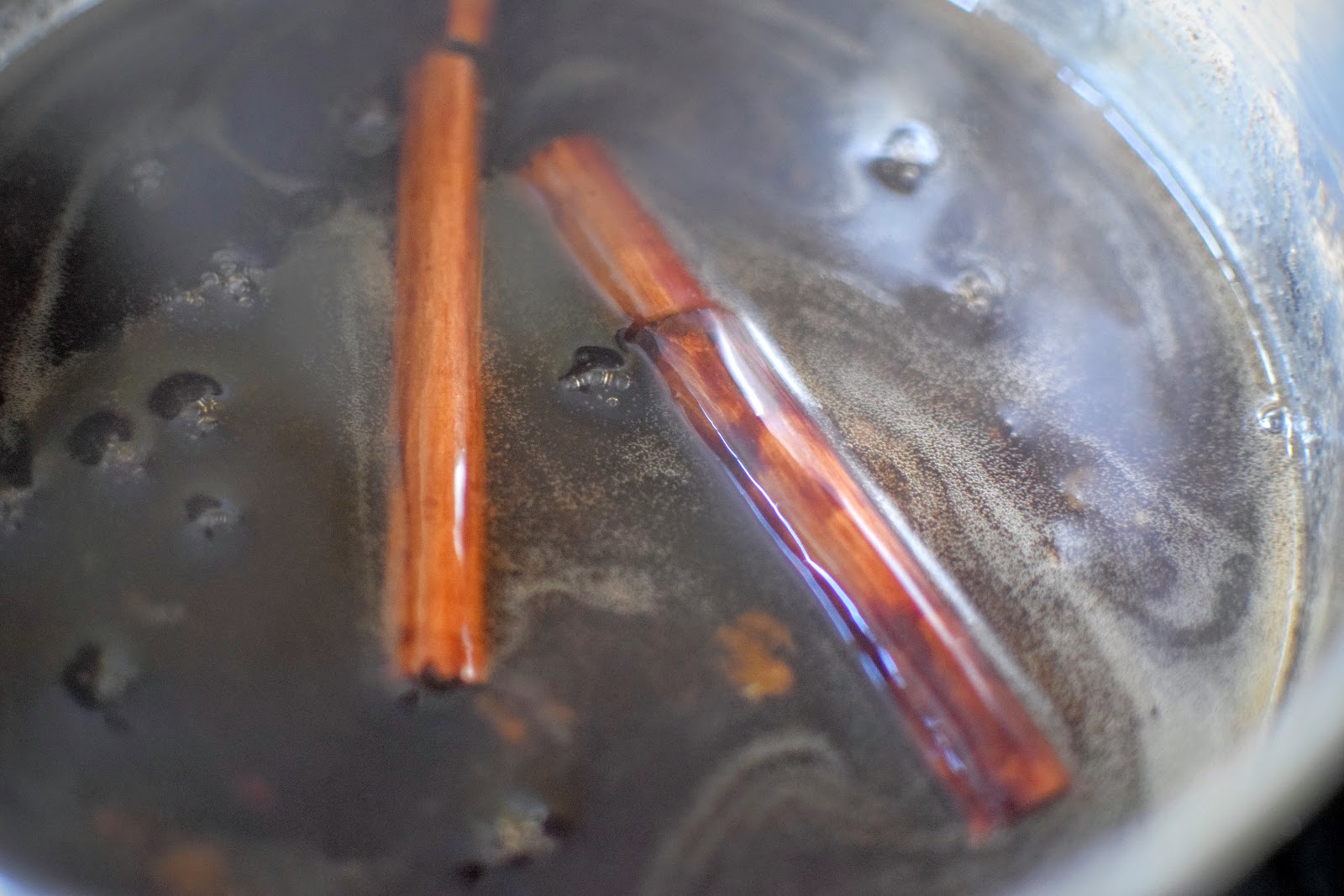 
Add the apple juice, sugar, seasoning and arrowroot to the saucepan.

Bring to the boil.

Keep stirring, the sauce will thicken.

Leave to cool and the syrup will thicken further. 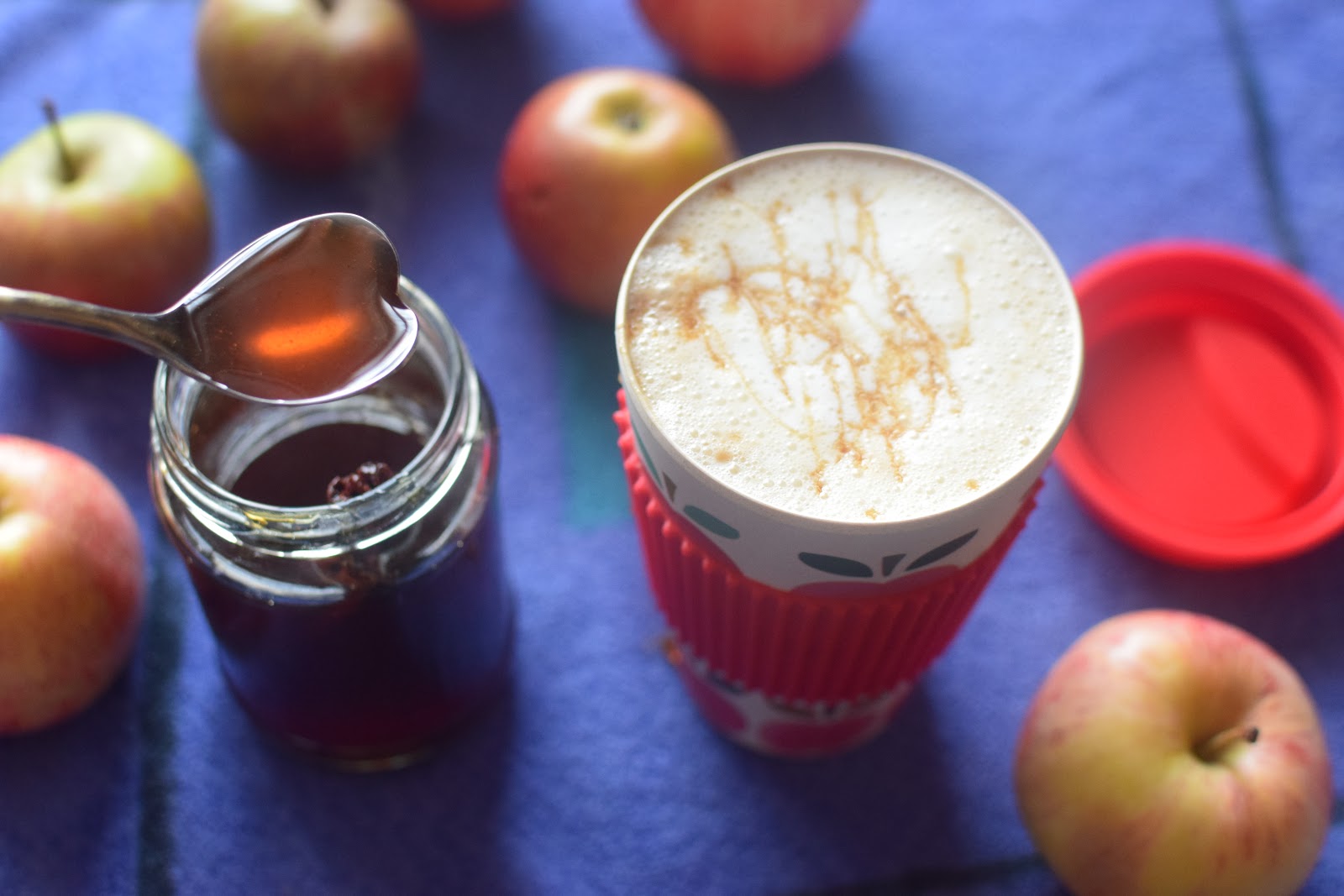 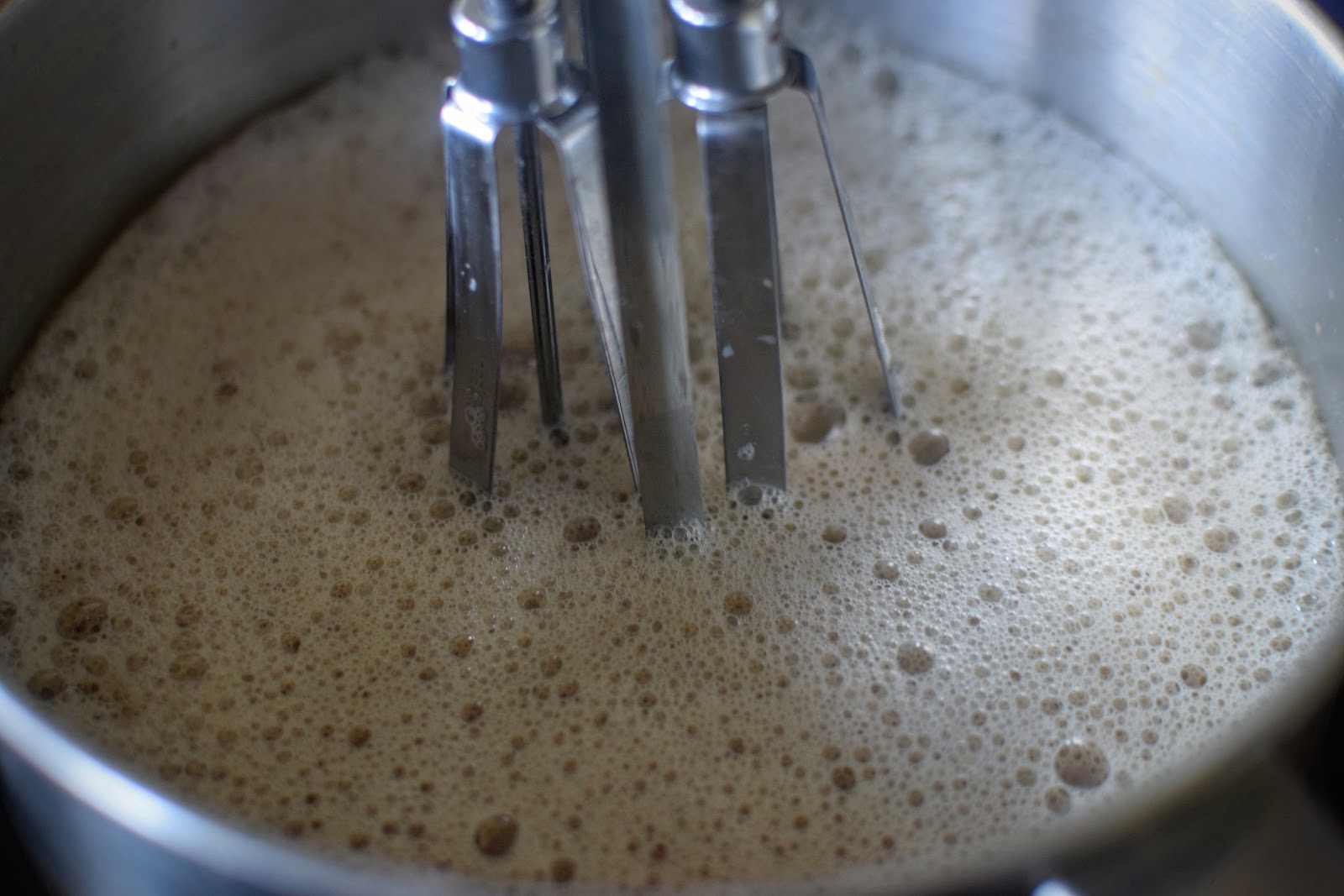 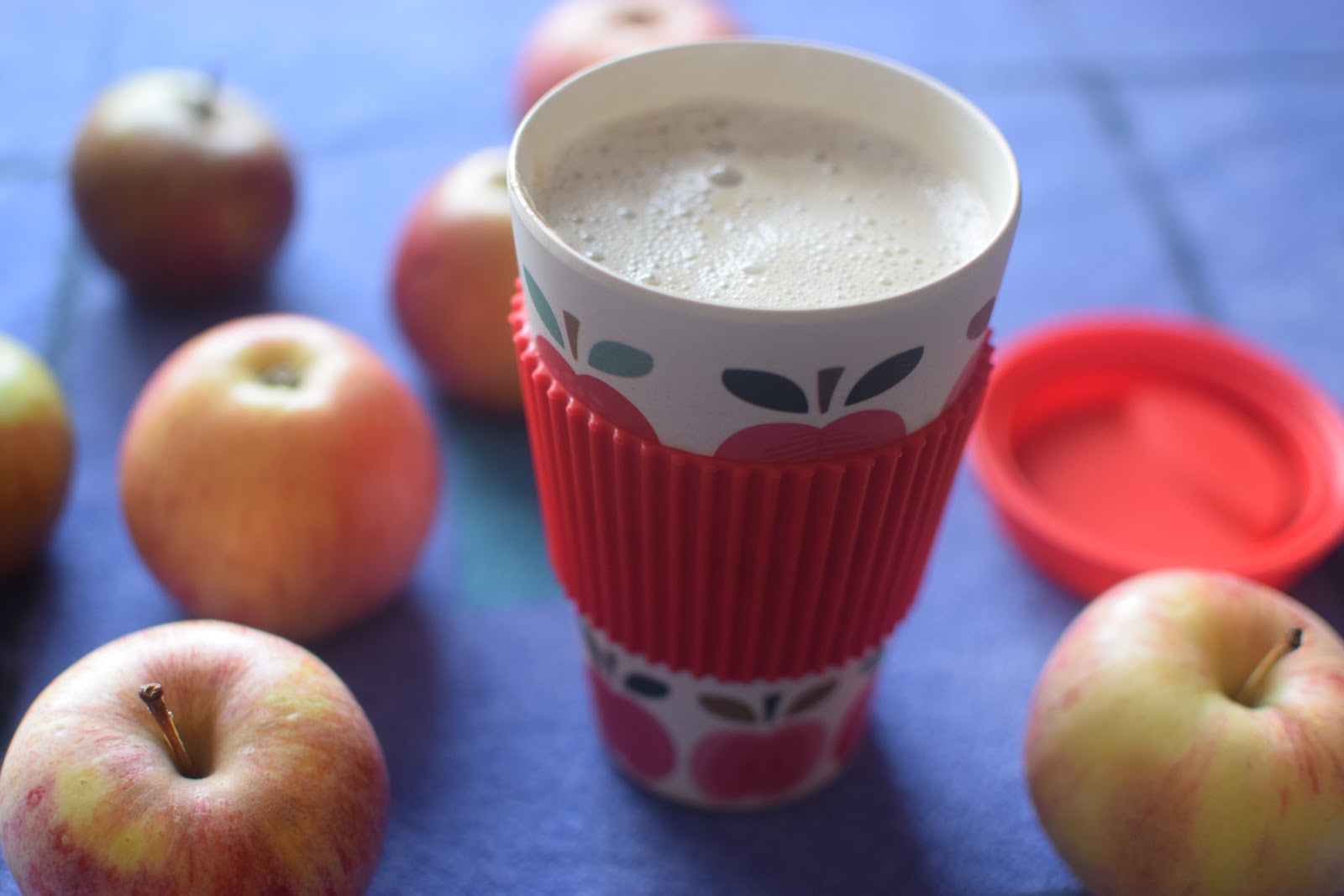 Heat the soy milk in a pan.

Either add the apple and cinnamon to the pan or to each individual coffee.  Stir well.

Pour coffee into cup or mug.  Top with whipped soy milk and a drizzle of apple and cinnamon syrup sauce. 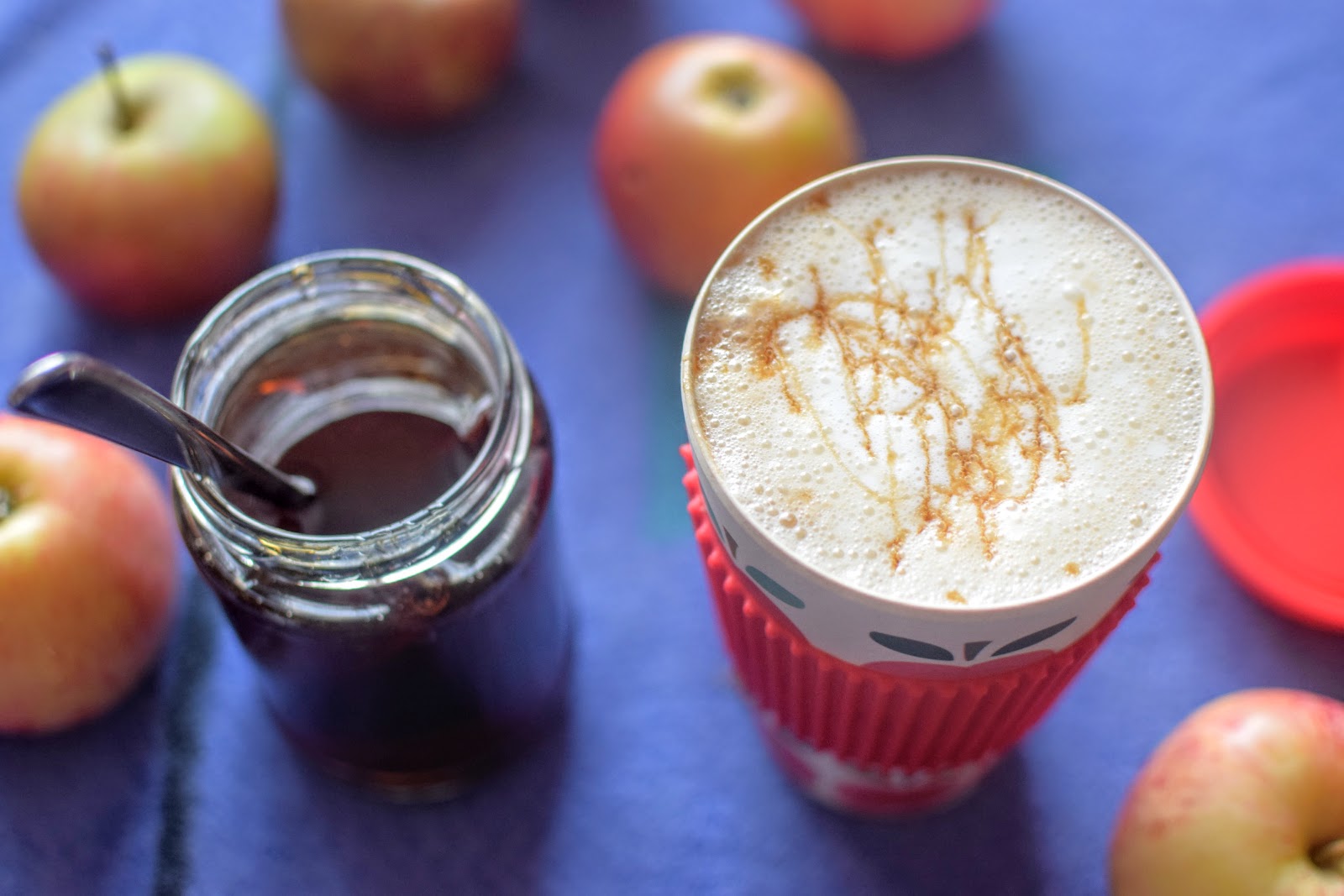 Sit down, sip and enjoy!  Your kitchen will smell great and your Apple and Cinnamon Syrup Soy latte will taste delicious!

I have to thank RexLondon for being the inspiration for this post.  They kindly sent me the Vintage Apple Travel Mug (which is eco friendly and biodegradable) and I knew I needed a special apple themed drink to put inside it!  Thanks RexLondon!