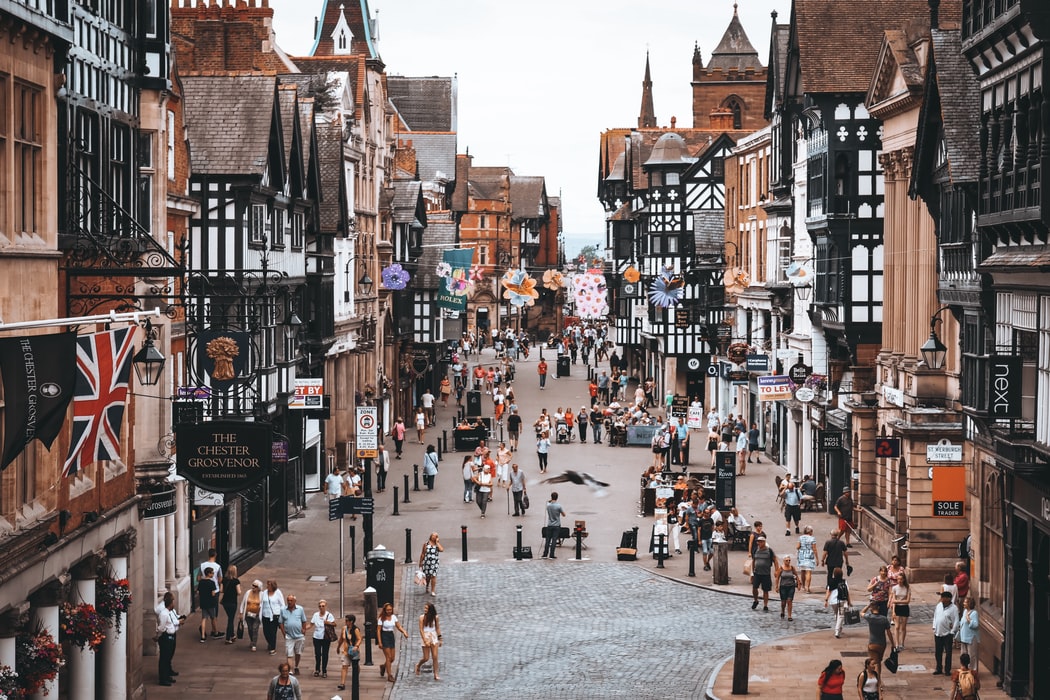 The former Roman Fort of Chester, located in between the Wirral Peninsula and the English-Welsh border, is a quaint city that’s great for a day out. It boasts a rich history and strikes a good balance between old and new, with something for everyone.

While you won’t be disappointed no matter what time of year you visit, the summer and the weeks leading up to Christmas are the best times to check it out. We always used to stopover in Chester while on our way to Blackpool  Illuminations every winter.  When you do, here are some great ideas for things to do.

Walk Along the River Dee

Part of the border between England and Wales is marked by the River Dee, a waterway that starts on the slopes of Dduallt, a mountain in Wales before flowing into Cheshire and through the city of Chester.

In the spring and summer, Cestrians and visitors alike flock to the banks of the river for a stroll, to watch the ducks and swans swimming around, get ice cream from one of the several outlets, watch the performances in the bandstand, or relax in one of the waterside pubs and cafes.

Starting on the north bank, you’ll need to cross over either the pedestrian suspension bridge or the stone vehicle bridge over to the south to continue walking as the river meanders to the south and back towards Wales.

A Boat Ride on the River

While staying by the river, there are several options for you to get onto the water yourself. If you want to explore it independently, you have a choice of self-propelled rowboats and pedalos or combustion-powered motorboats to hire.

Alternatively, you can take a short cruise along the river with a guided tour from one of the larger boats that dock near the weir. If you walk along the river at night, you might see one of these blasting out music and disco lights as they’re used as party boats for private functions.

Big Ben, the clock that stands as one of the most iconic symbols of Britain is unsurprisingly the most photographed clock in the United Kingdom. The second is Chester’s Eastgate Clock.

Sitting on top of the Eastgate, the clock is a beautiful work of art that can be seen right along the city’s main shopping street. It sits on the sandstone Roman walls that were once part of the city’s defences and the original entrance to the city.

Tourists love to take photos from the street below and climb up onto the walls to stand under the clock for a selfie. 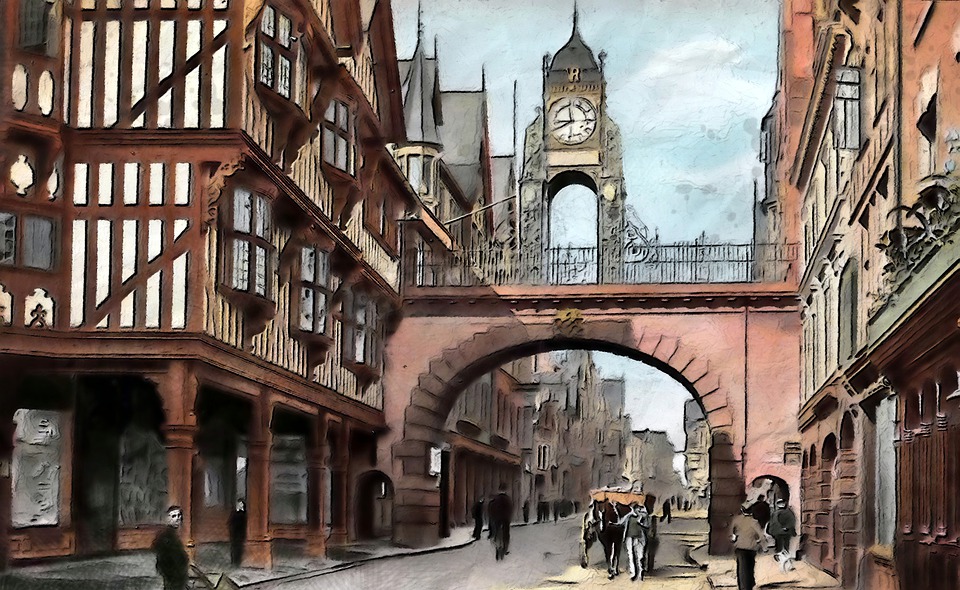 Chester Racecourse is unique for two reasons. It’s the oldest racecourse that’s still used today and it’s the only non-oval track in the UK as it forms a completely circular venue. Horses that take part have no opportunity to accelerate down a long straight, instead having to continuously turn left.

If you enjoy watching the races, then a day at the races in Chester is a great experience, with plenty of local businesses running race day special offers on food and drink. You can, of course, also have a flutter with bookmakers like Betway, a traditional part of the horse racing experience.

If, like me, you’re not into horse racing, then don’t visit on race day as the city can get a little overcrowded.

There are plenty of high streets and out-of-town shopping centres up and down the UK, in fact, Chester has several of these, including the nearby Cheshire Oaks which is one of the largest shopping spots in Europe.

However, Chester has something much more unique to offer. The Chester Rows are a set of first-floor walkways that are completely undercover with retail outlets above and below. They are a historic part of the city, having been built on top of the remains of Roman ruins during the medieval era.

Many independent businesses operate on the upper levels, while mostly chain stores, cafes, bars, and restaurants can be found at ground level. If you’re planning to dine out while you’re in the city, you’ll find many great options here. A more modern shopping centre has been built in a way that respects this heritage by being set back from and integrating into, the rows.

Chester is a great city, with some unique history and architecture. It’s great for a fun day out, or a weekend away.