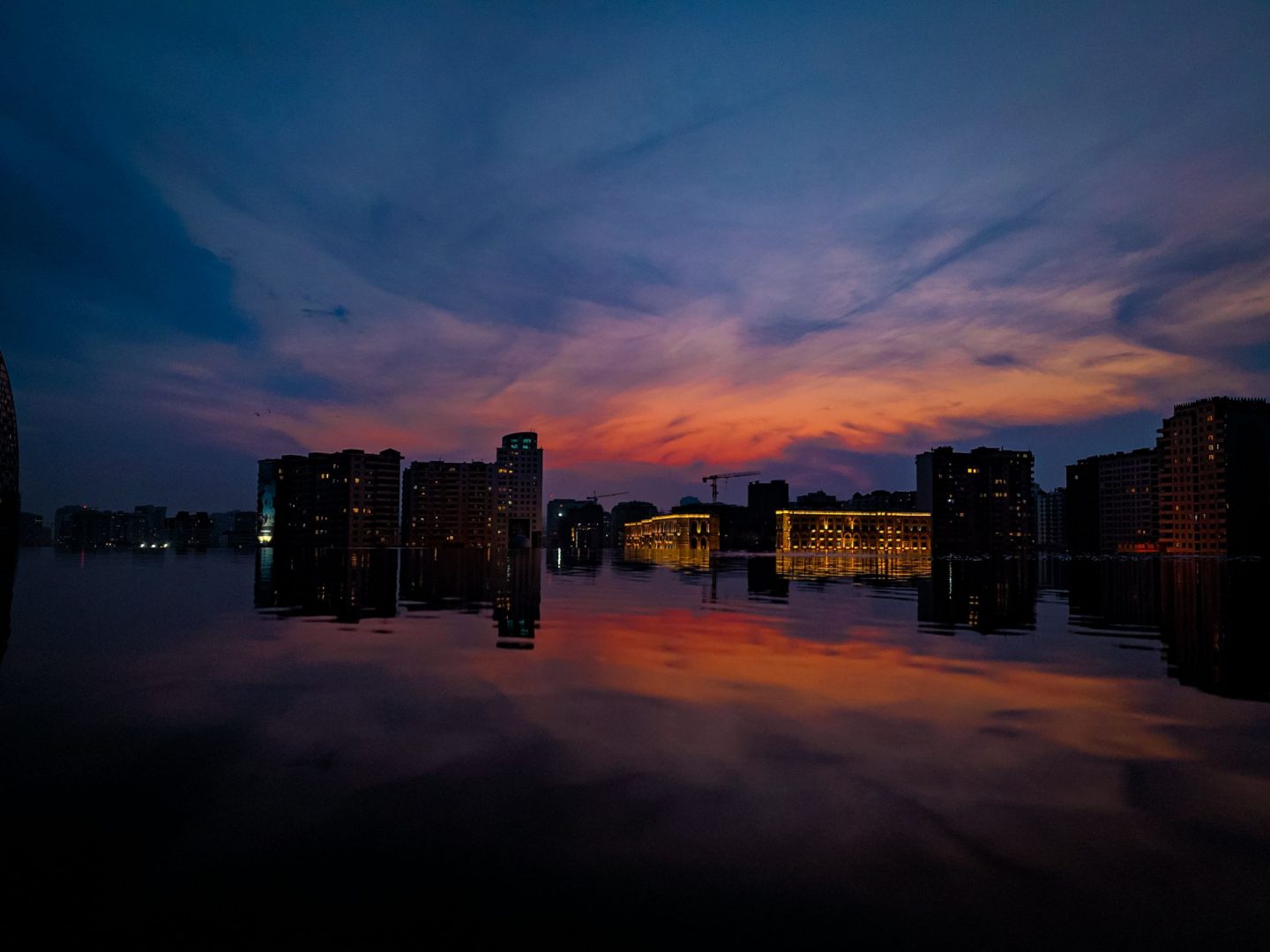 Azerbaijan or “The Land of Fire” is quickly becoming more widely recognised as a cool tourist destination. Luckily it hasn’t become overrun by tourists yet, so you won’t have to worry about crowds when you book your sanetraveller.

Azerbaijan has a very interesting cultural mix going on. It is bordered by Iran, Armenia, Georgia, Russia and the Caspian Sea. It is where southeastern Europe meets southwestern Asia, which makes for some very interesting adventures. Enjoy Arab cuisine, Russian vodka and Turkish coffee all in the same city. It’s the first Islamic country to be democratic and secular.

Baku is a chaotic blend of modern and ancient with the discovery of oil in the country has allowed for beautiful restorations of ancient sites and the creation of impressive new structures. You will find plenty of modern buildings situated among the Old City buildings.

You can experience some great Formula 1 Racing at breathtaking speeds in Baku. Maxing at 366 km/h, Baku has the fastest F1 city route. There are several grandstands that will give you great views of the action, and there is lots of entertainment during this 4-day weekend of speed.

The food here is a blend of east and west. Azerbaijani cuisine is extremely varied, with Middle Eastern and East European flavours. Try plov, a saffron rice dish served a myriad of ways, or kebabs, or Qutab, a type of pancake stuffed with meat or vegetables. With the Caspian Sea so close, the seafood is deliciously fresh and abundant.

Road travel in the country is insanely affordable thanks to their natural oil reserves. One ride on public transport will cost you pennies, and a pint of beer only a little more than that. Meals are cheap and flights into the country are surprisingly low cost.

There are some rocky hiking, mud volcanoes and a hillside fire that has been burning for 4,000 years. Yanar Dag burns rain, snow or sun, and it is just one of the many reasons Azerbaijan is called “The Land of Fire.” Fire is an integral part of their history and culture.

Here you will find some of the friendliest people in the Caucasus Mountains. The hospitality you find here is hard to beat.

Getting into the country is fairly simple. Their e-visa system allows you to apply and pay online with fast processing. And if you enter through Iran, you won’t need an Azerbaijan issued a visa.

Baku is a pedestrian’s dream. If you want to take in all the sights at your own pace, there is plenty of room for milling about and getting up close and personal with the city.

Baku is a warm and friendly city with a lot to offer. It’s a wildly interesting city with huge potential. It is a culturally rich city that should definitely be on your travel list.