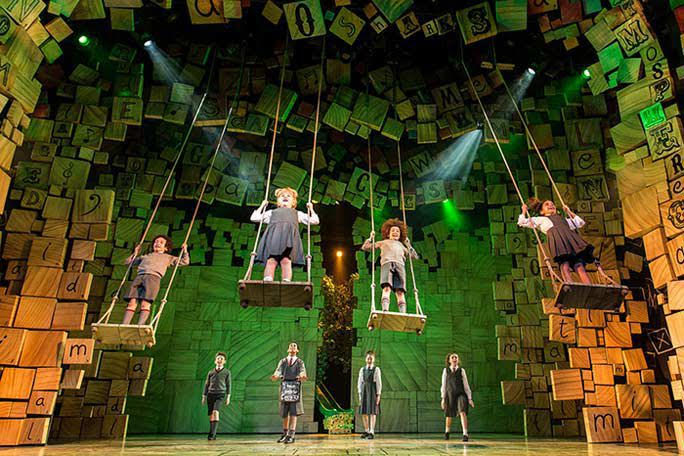 Everyone loves the cinema.  As long as there’s a good  film on it’s one of our favourite family treats.

But while the whole experience of visiting the cinema with your family, picking up the  popcorn, and settling into your seat with anticipation as the trailers begin to roll, can definitely be a great experience, it’s the kind of thing you should probably avoid overdoing.  While we would never give up going to the cinema, sometimes we far prefer to see a theatre show instead.

While the cinema tends to get the most media and pop cultural attention at any given moment, the theatre is also alive and well, and it’s possible to find cheap London theatre tickets if you know where to look.

Here are a few reasons to take your kids to the theatre in London, rather than the cinema:

When you visit the cinema, you are putting yourself in an environment where an entire world has already been built for you in vivid detail. Props, camerawork, filming in multiple locations, CGI, enormous budgets, and other tricks of the trade mean that there’s generally very little for your imagination to do. It’s just a matter of letting the experience wash over you.

When you go to see a play, on the other hand, your imagination will have to be a lot more active, and will have to fill in a lot more of the blanks. While it’s true that certain plays are very action-packed, and feature awesome special effects, all the action is still happening on one small stage, and you – the audience member – are watching it all from one fixed perspective.

A healthy and well-honed imagination is important at all ages, but it’s especially important for kids. That’s one reason to take your kids to the theatre rather than the cinema.

If your only option for visiting the theatre was to watch a play in a location that didn’t have much in the way of a theatre at all, there might not be so much of a “draw” to go.

London’s West End, however, is a world-renowned theatre destination and the kind of place that you should definitely visit if you get the chance, even if just see what all the fuss is about.

If you see a play that impresses you, the odds are your kids will be impressed, too.

When you watch a play, you know that everything that you are witnessing is being acted out for you, live, instead of being the result of film work that was done months or years ago, in a variety of studios and sets.

There’s something about that this kind of experience that is just more “authentic” and powerful in some way. It definitely changes the atmosphere, at the very least.

These days, we are all surrounded by screens day and night, and often get lost in them for hours at a stretch, whether working or relaxing. It might do you and your kids alike some good, to seek out some live pastimes, instead.