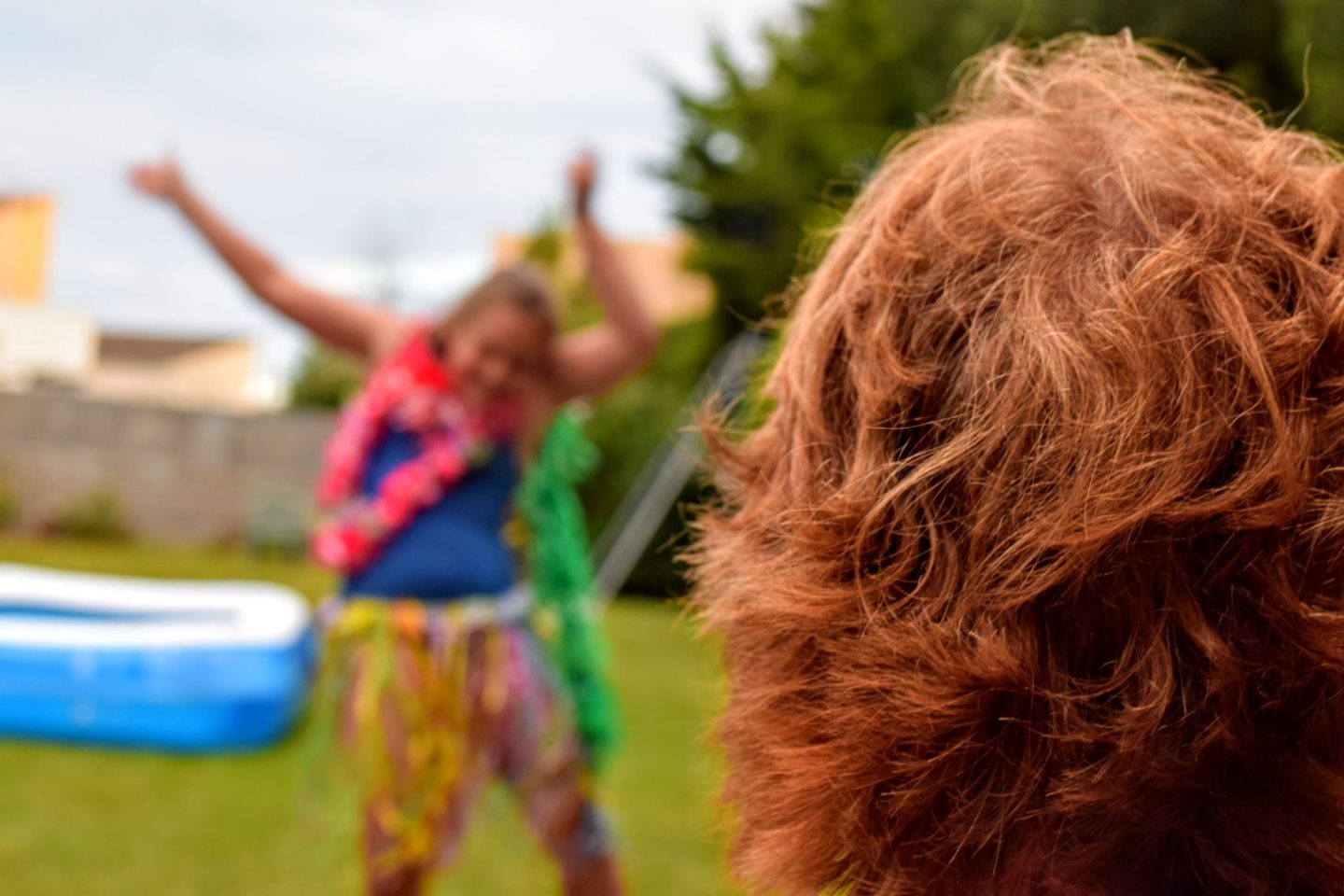 Last Saturday was our local Carnival.  It’s always been a special family day for me, I’d say it’s up there with Christmas, birthdays and Easter!  I have such happy childhood  memories of decorating the float, dressing up and parading around town (twice as it was in those days).  We’ve missed a few years of going on a float, although we have occasionally organised a walking float and of course it’s fun to dress up but not the same as decorating a lorry.   This year though, Caitlyn’s football team organised a  Club Float so Caitlyn, Isabelle and I got to go on a float (their first time).  Even when we’ve not taken part in the carnival we’ve never skipped the carnival day BBQ and party.  I didn’t get many photos of the carnival as I was too busy waving a flag (haha!) but here are some snapshots of the “after party”.

Carnival day starts early and everybody taking part and organising the event works  hard.  I love driving through our town in the day and seeing streets and organisations make last minute preparations to their floats- it’s so exciting. 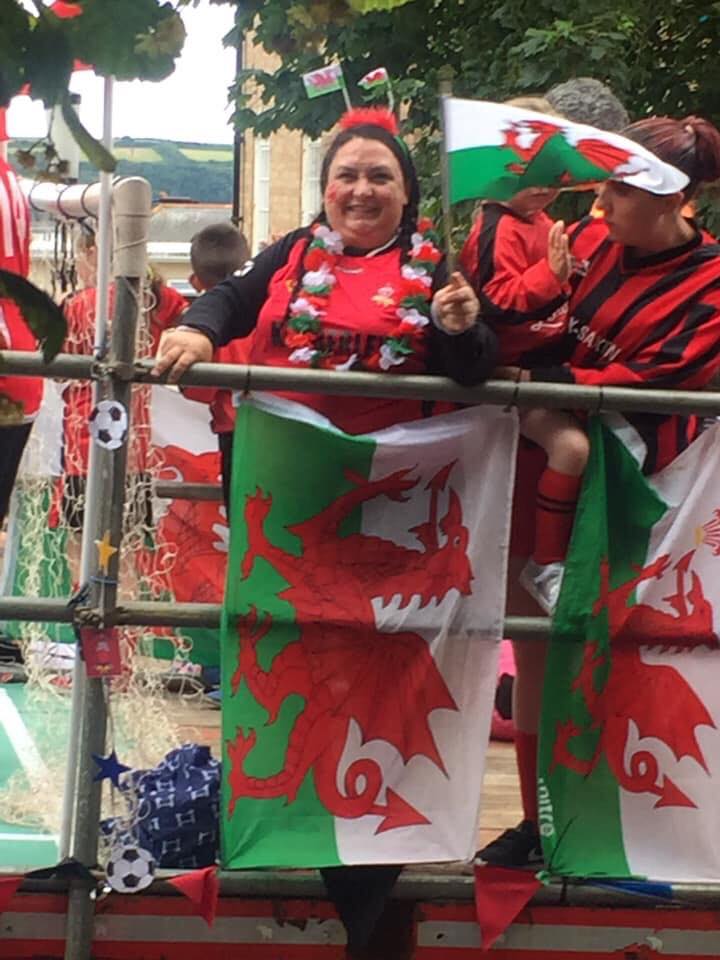 Ceri took some photos of us on the float.  I was going to walk from home and meet the float at the start of the parade.  In the end I travelled over sitting on the back of the float and I’m glad I did as it got us in the carnival spirit.  We did a few football chants and waved to all the passers by.  This bought back memories of the journey to the start of carnival when I was a child.  If we passed another float there was always a bit of competitive banter between the two!  One year another float sprayed us with lager (drinking’s no longer allowed during the procession or on the field) and another time we were sprayed with water guns, all before the carnival had already started.  Oh the fun of an 80’s childhood!  Some floats do still spray water guns, I don’t mind being sprayed myself but I always protect my camera (priorities!).  We went with the kinder option of handing out sweets and flyers! 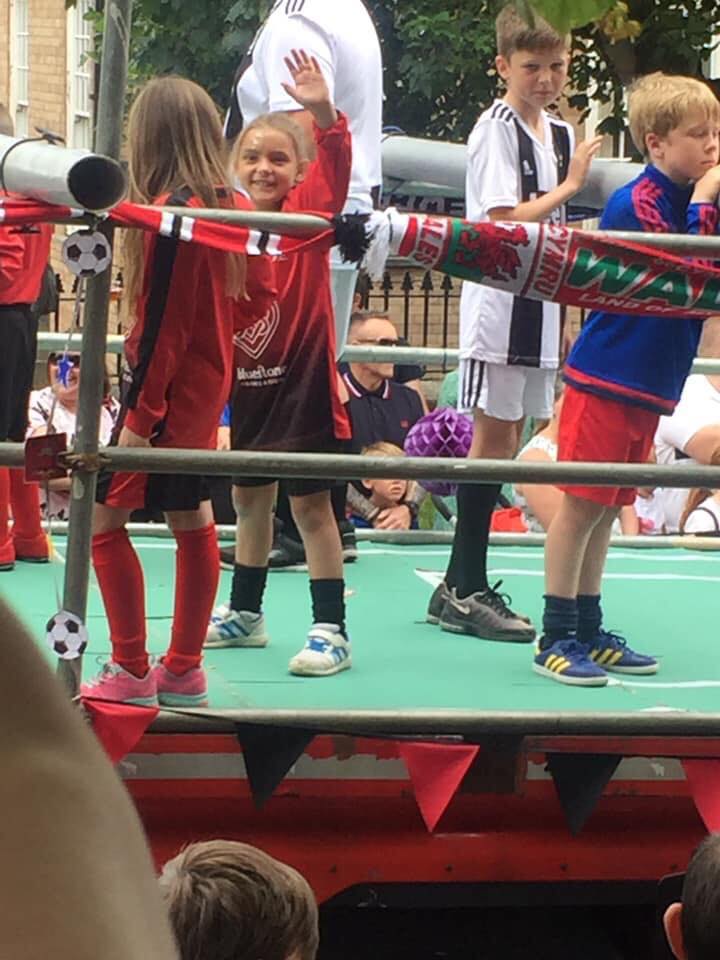 Izzy on the float! 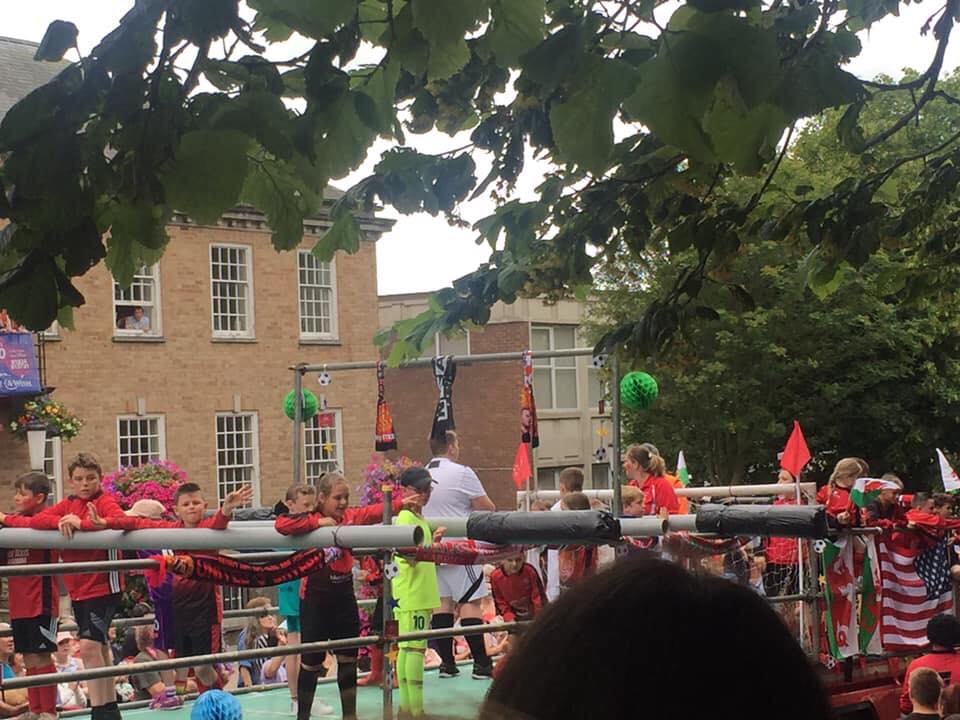 Caitlyn waving to Rebecca and her friend.  This is all good practice these future football superstars if they ever get to ride on a victory bus!

I would always prefer to take part in the carnival but the one bad thing is you don’t get to see the parade yourself.  I missed hearing the town band and seeing the other floats that participated.  I’ve enjoyed looking back through people’s photos though.  It was also fun to wave to family and friends, some I hadn’t seen in ages.  Great Granny, Aunty Margaret, Dave, Grampy, Nanny, Jo, Ceri and Cerys were all watching in the memorial gardens and when we turned towards the Rath we spotted Great Grampy clapping and happily watching with his Saturday club.  The girls were so excited to see him. 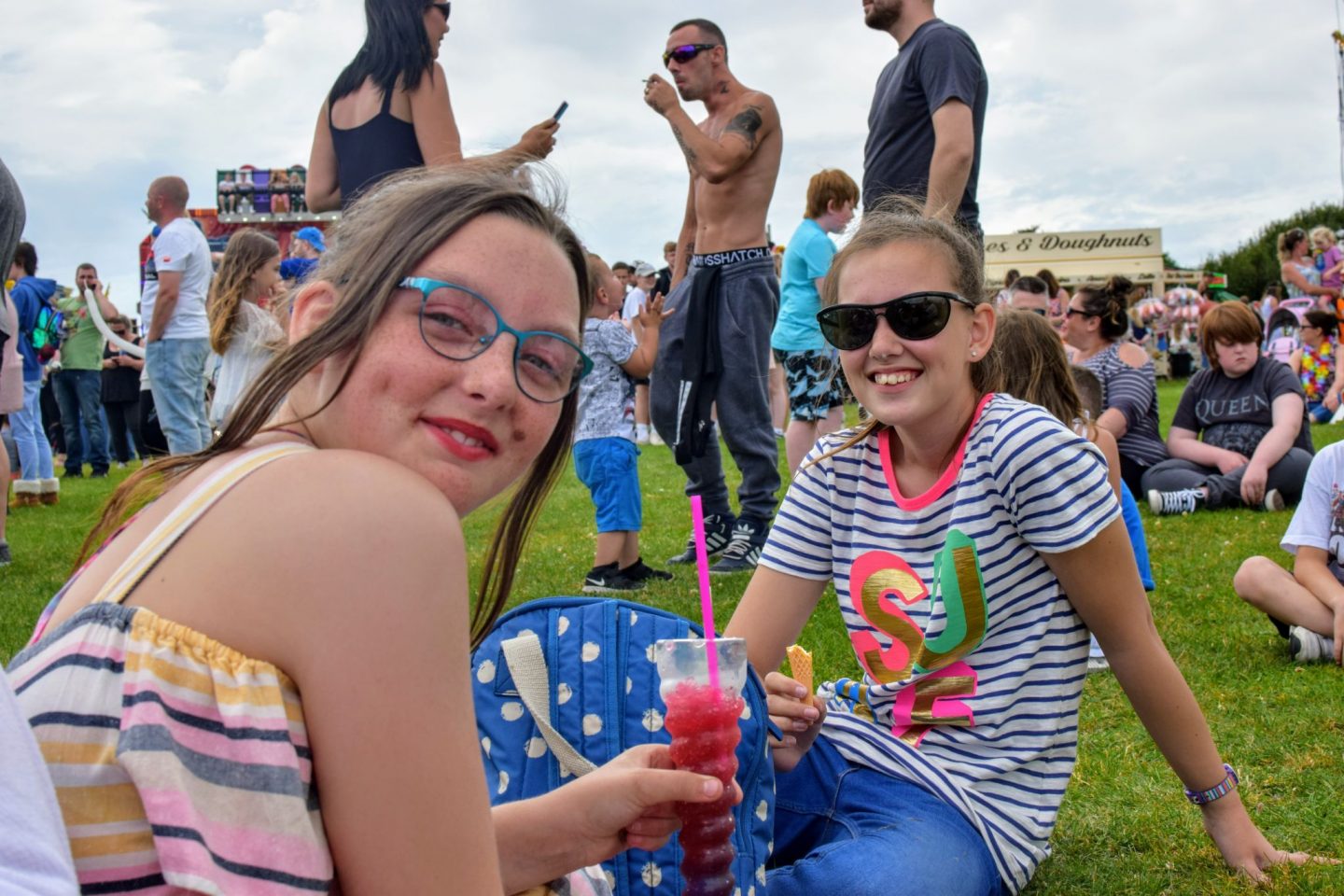 Last year was a distressing time for our family as Granny passed out while watching the carnival and was bought in the ambulance to the carnival field (thinking once she’d cooled down and had fluids she’d recover).  Dave and Grampy spent the whole time in the ambulance with her, while I tried to keep an eye on our kids and also check Granny was going to be alright.  We were all still upset and in shock from her collapse.  Eventually it was decided that she needed to be transferred to an NHS ambulance and bought to hospital.  Dave went with her.  I took the kids to mums for the planned party but we were all too worried to enjoy.  We were so relieved when she was well enough for me to pick her up after. 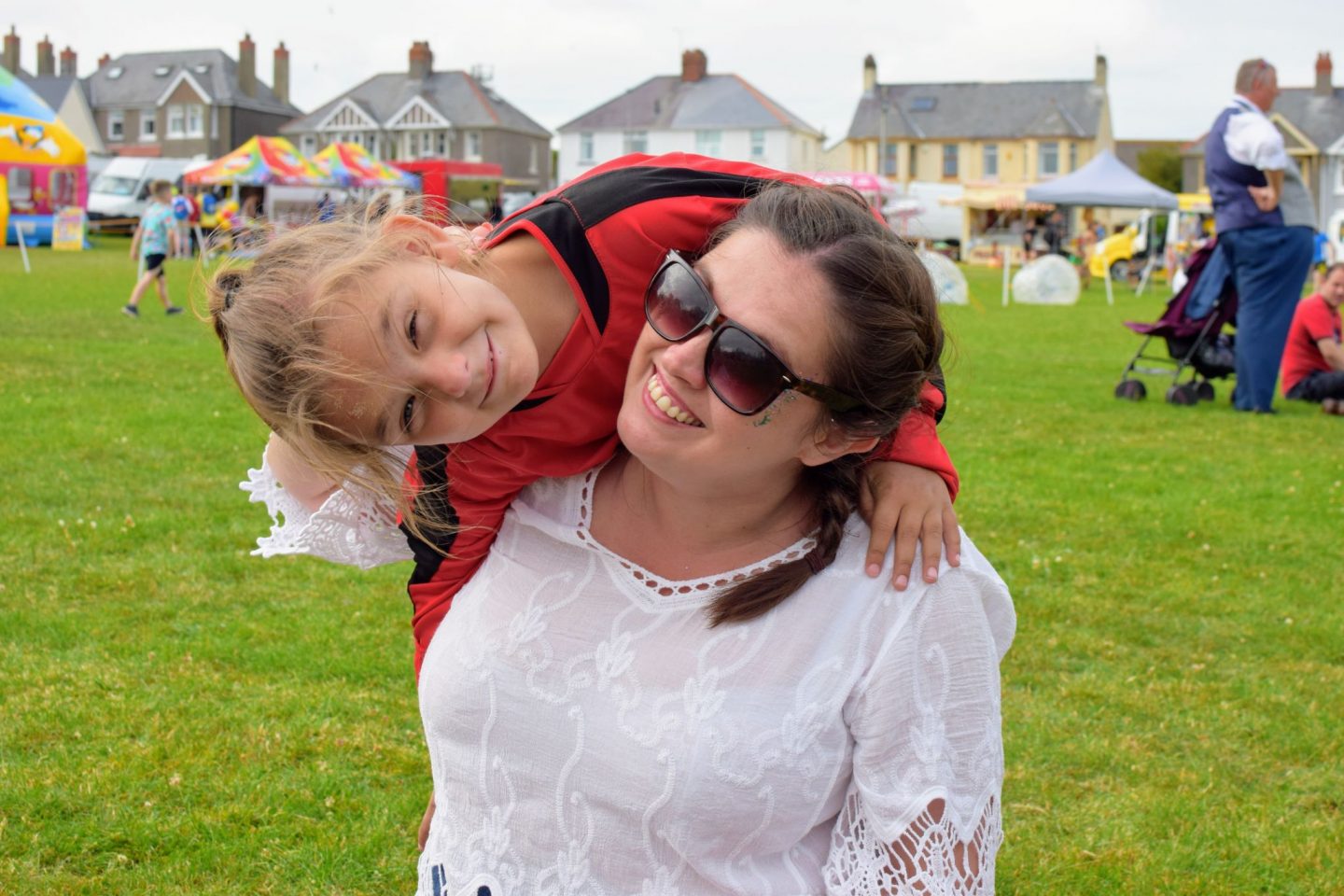 Therefore, I really wanted the kids to get to enjoy their time in the carnival field and no longer be a bad memory for them.  I think we achieved that, they went on lots of rides and stalls, saw their friends and enjoyed the music. 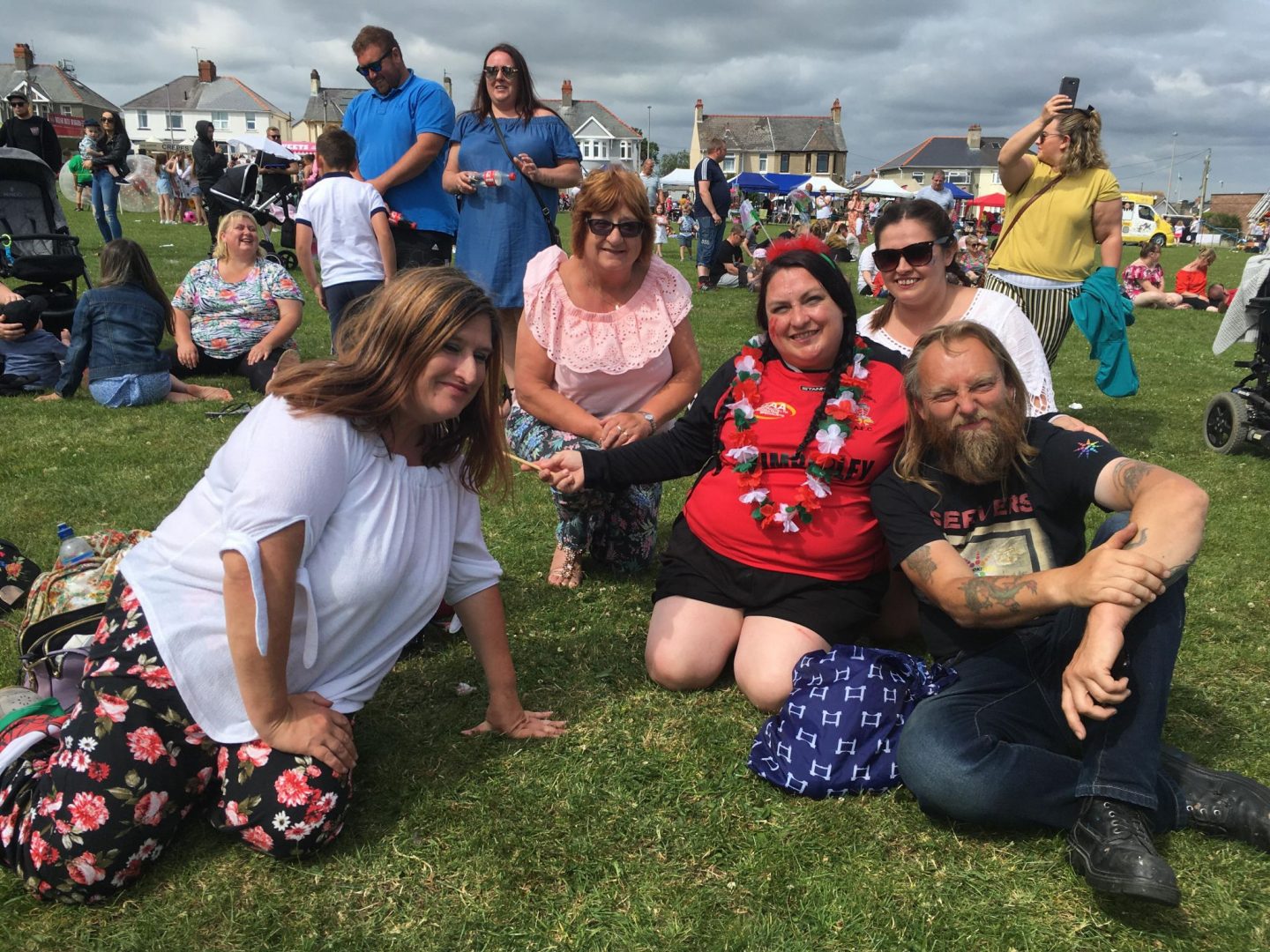 They were happy to have their dad home for a few hours too.  He’s been working seven day weeks and it was his first half day off in ages.  I’ve always asked that he takes carnival afternoon off (he doesn’t always willingly agree) but I do think family time is really important for the kids and ourselves. 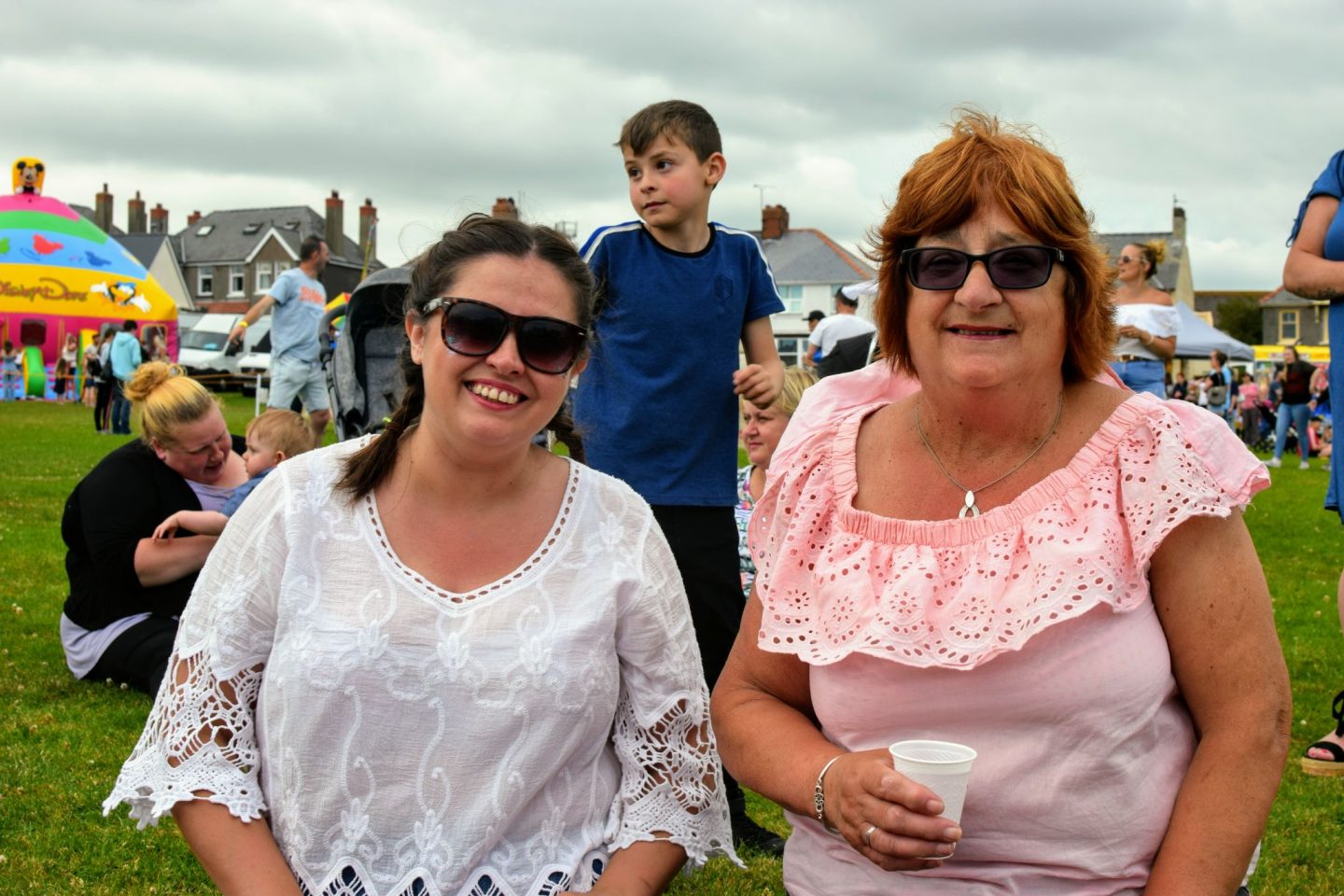 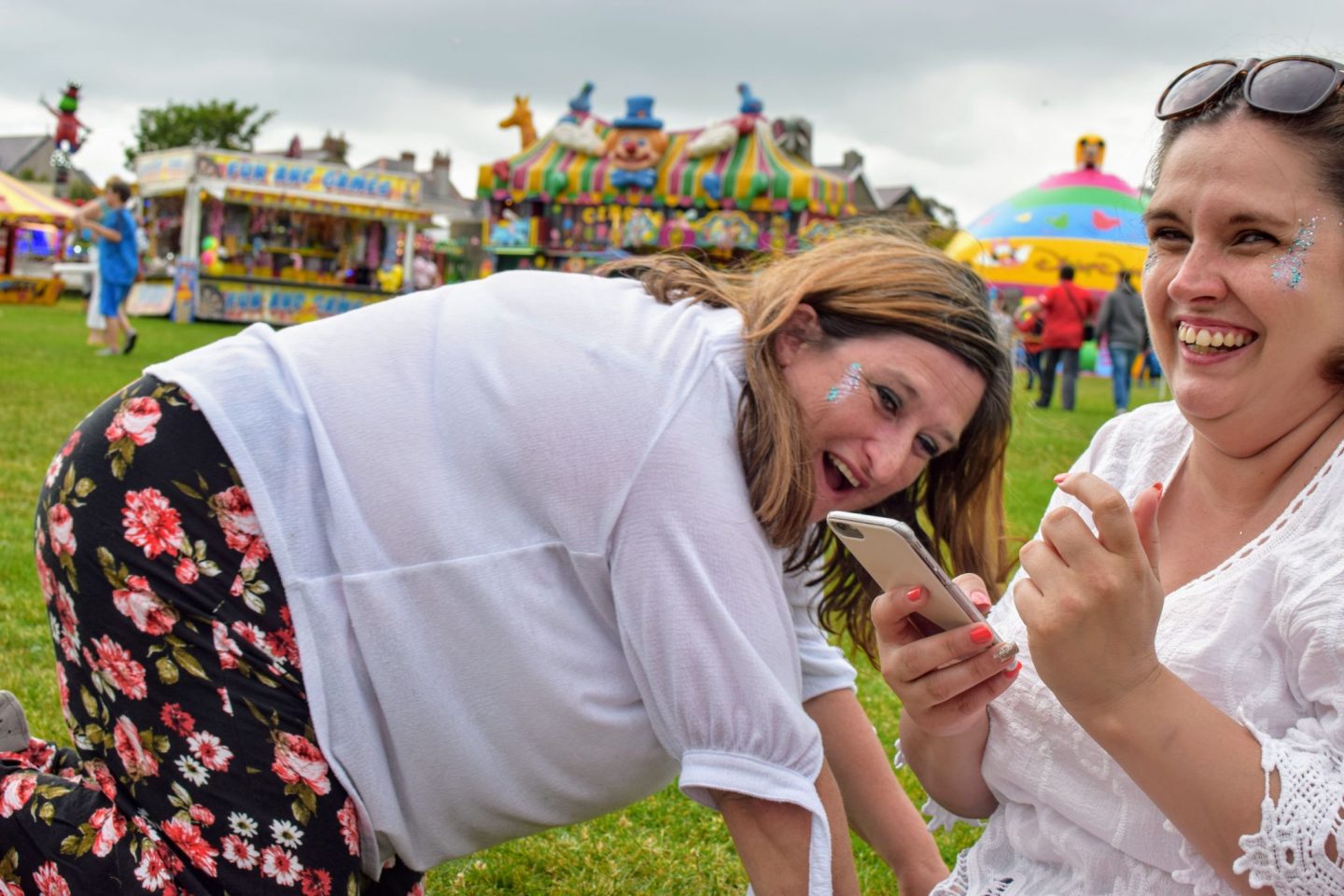 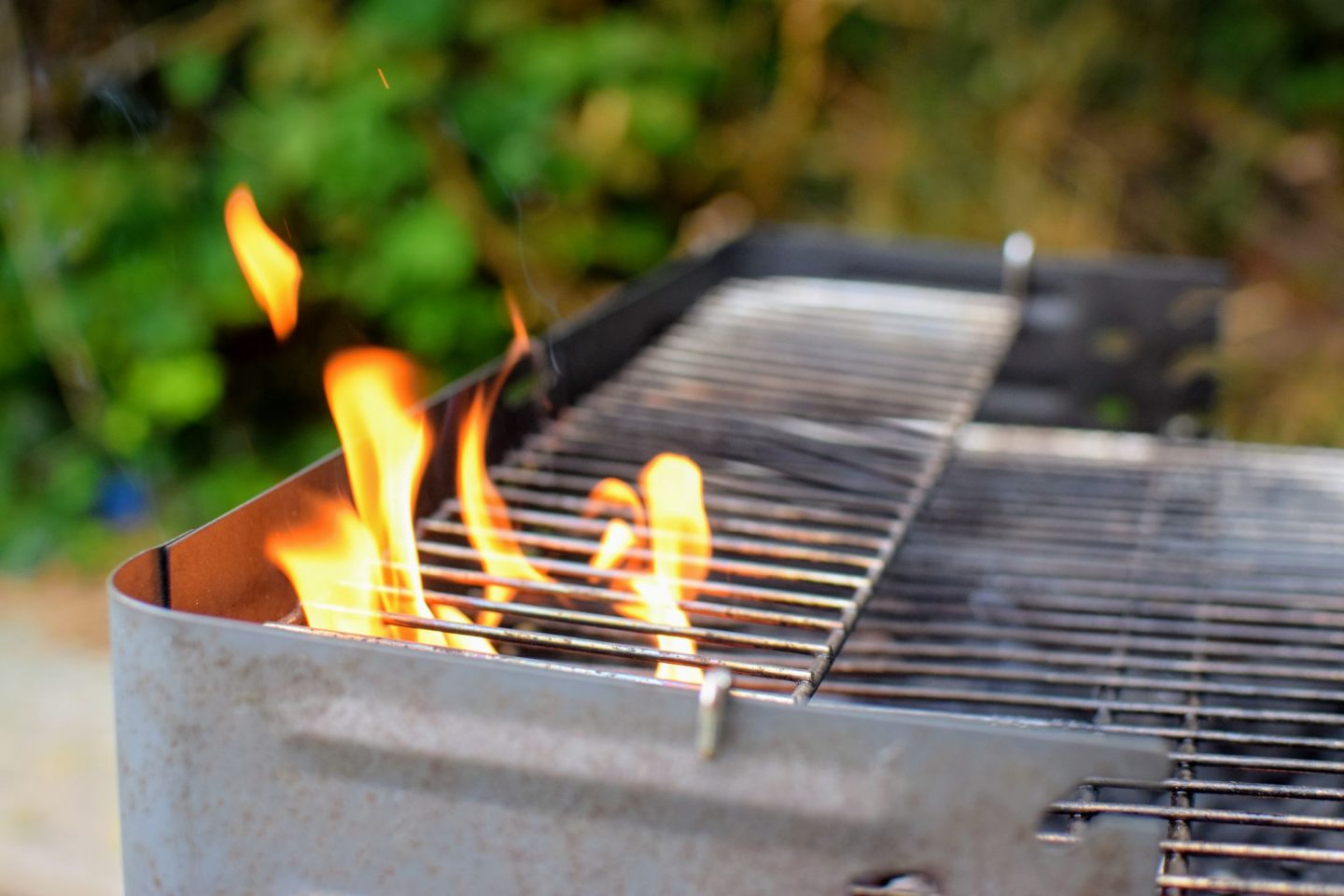 After the field we always walk friends and family home and then walk to Nanny’s for a BBQ.  We were so lucky with the warm (and dry!) weather this year.  When we were younger, a street float meant a street party for all of the neighbours.  I have so many happy memories of these times and dancing to all the Black Lace party songs. 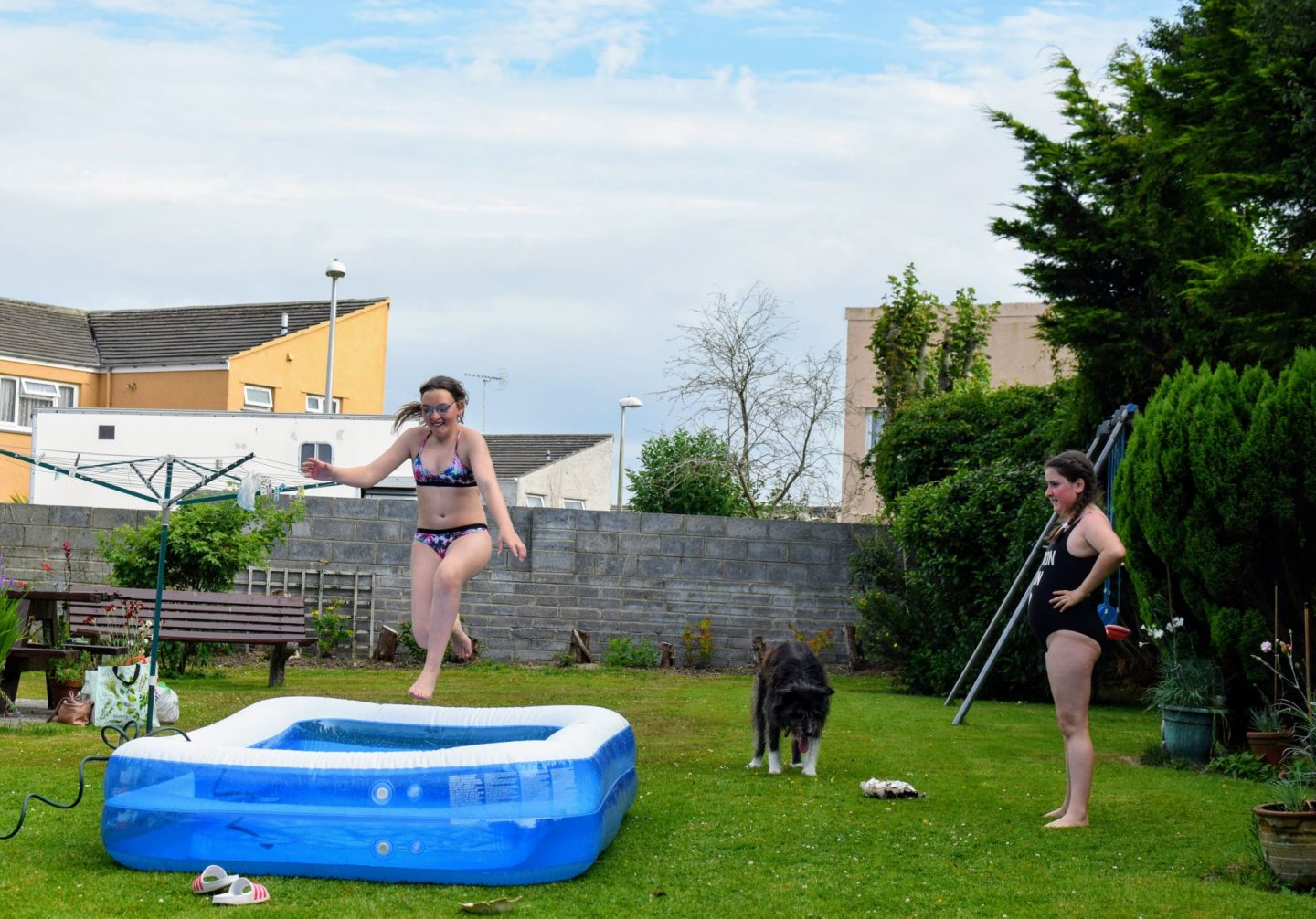 Nanny had put the paddling pool up to keep the kids cool.  Toby was very interested in it, bless him, whether he wanted to swim or just drink the water, I’m not sure. 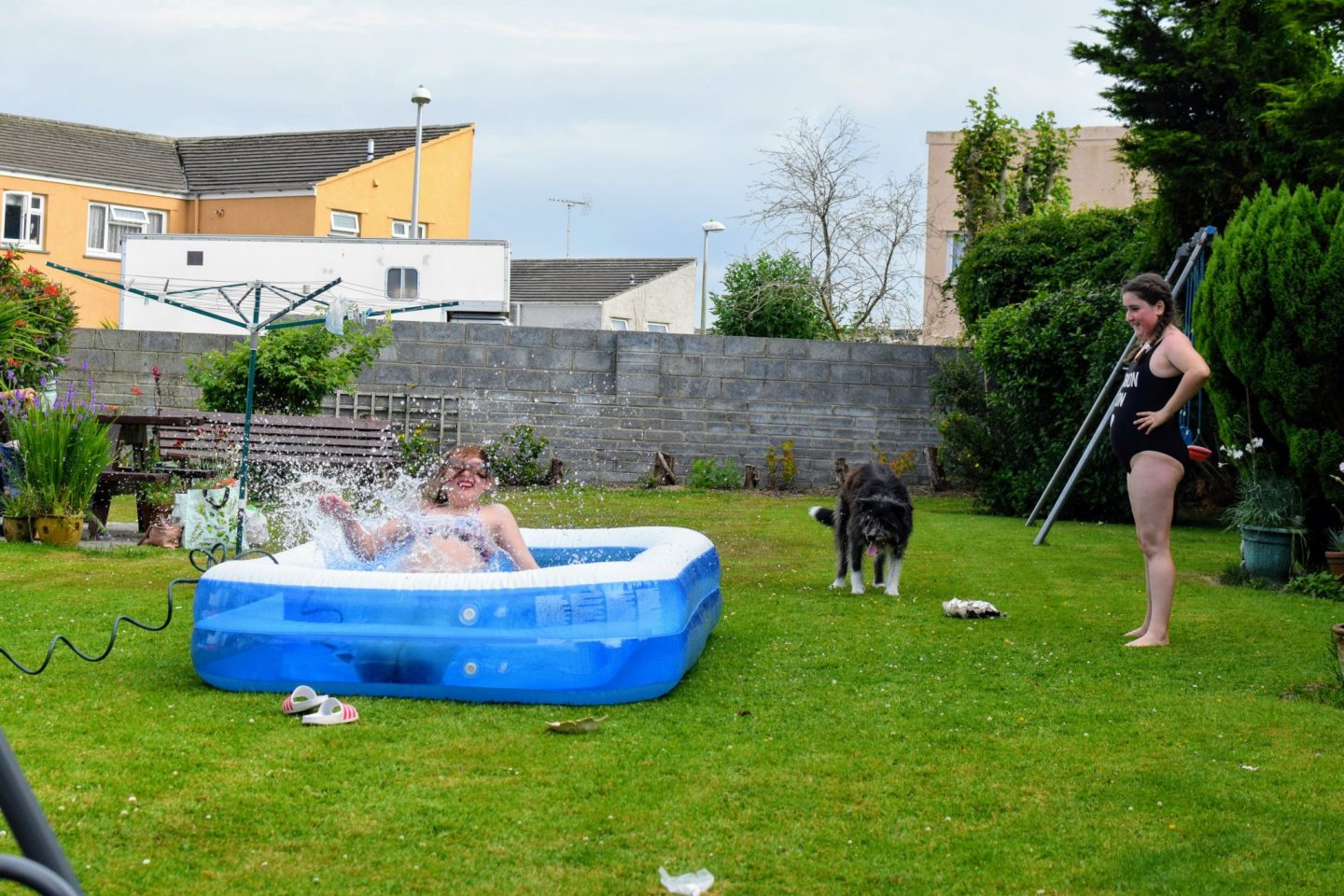 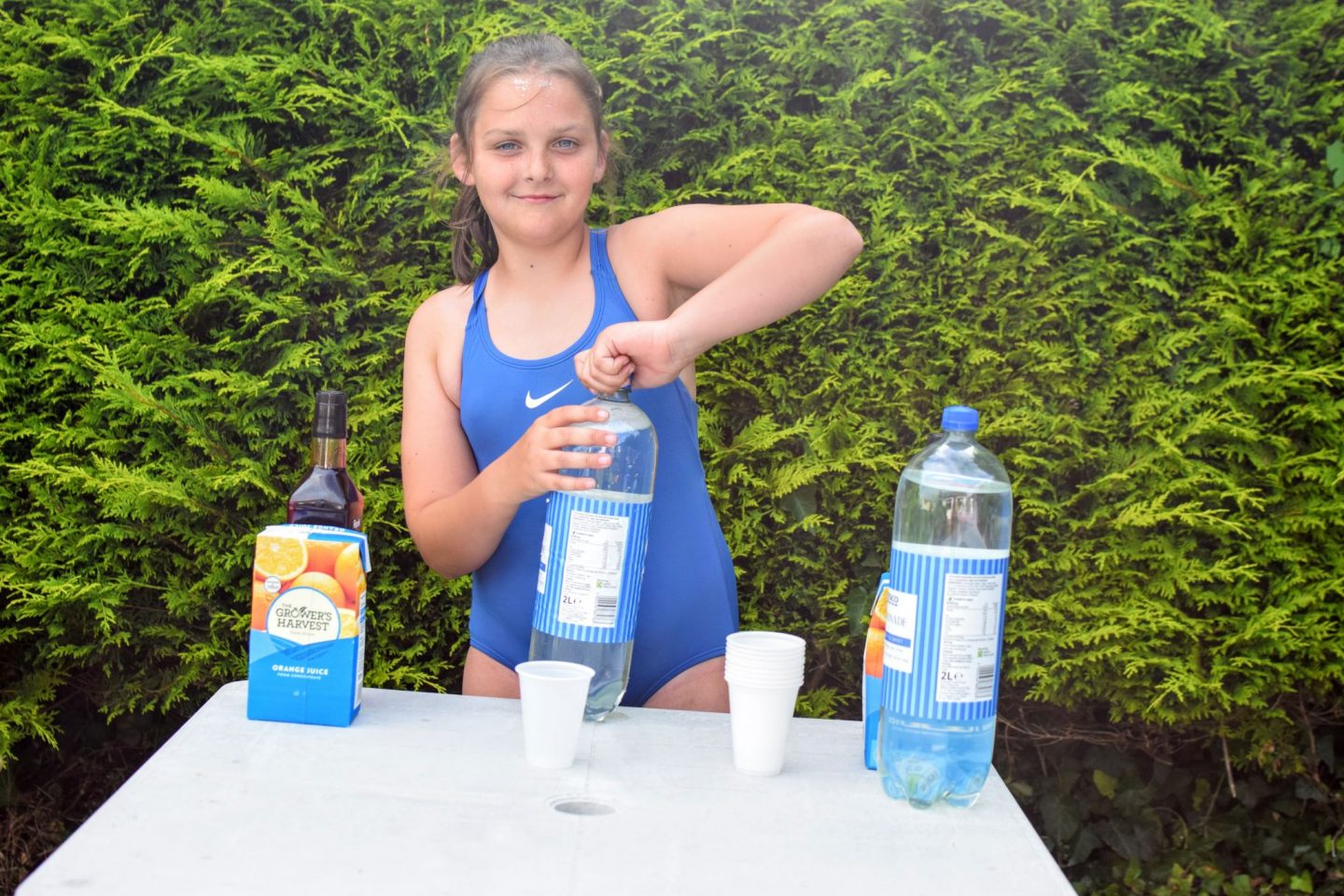 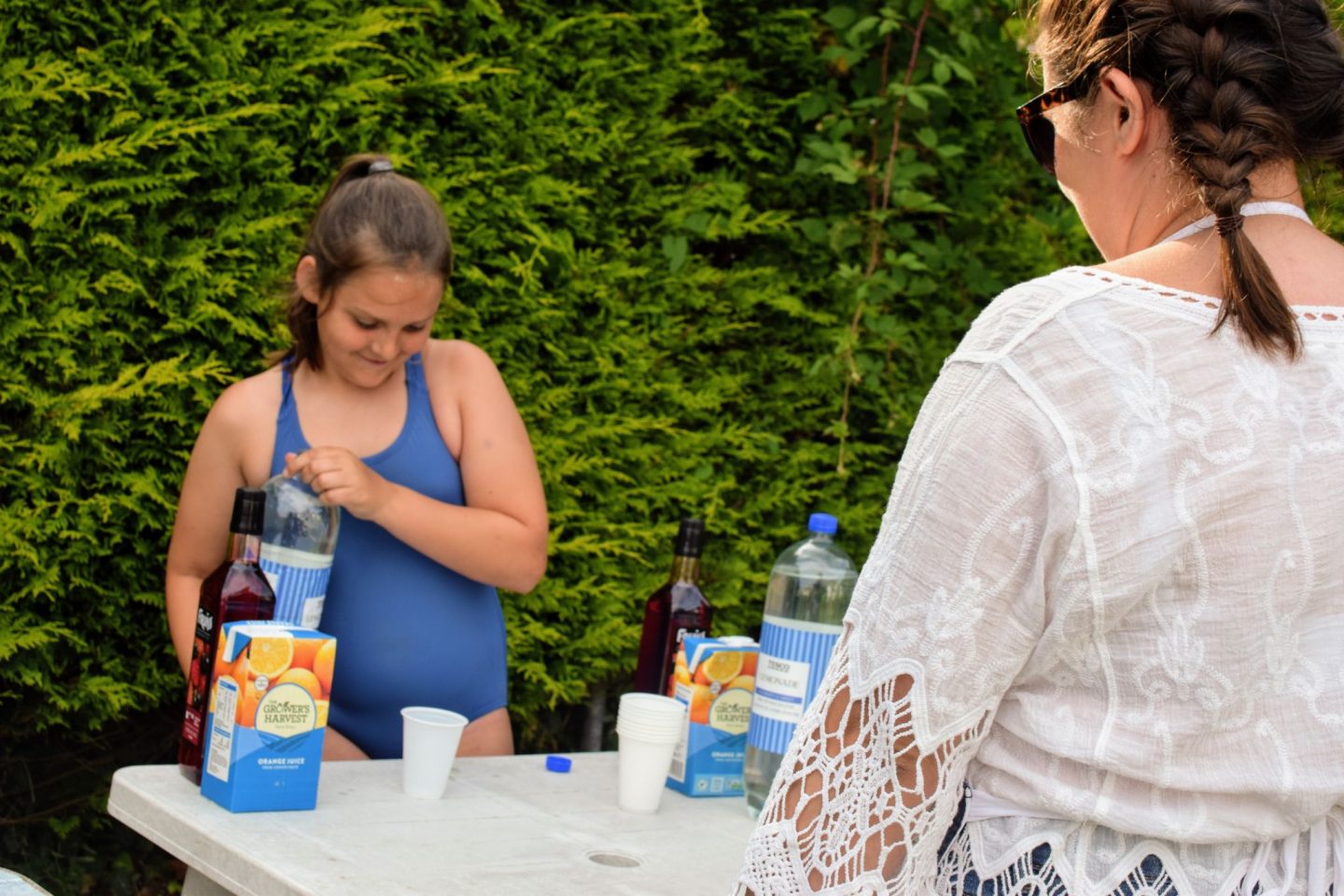 Cerys, inspired by Wimbledon, made strawberry and cream drinks. 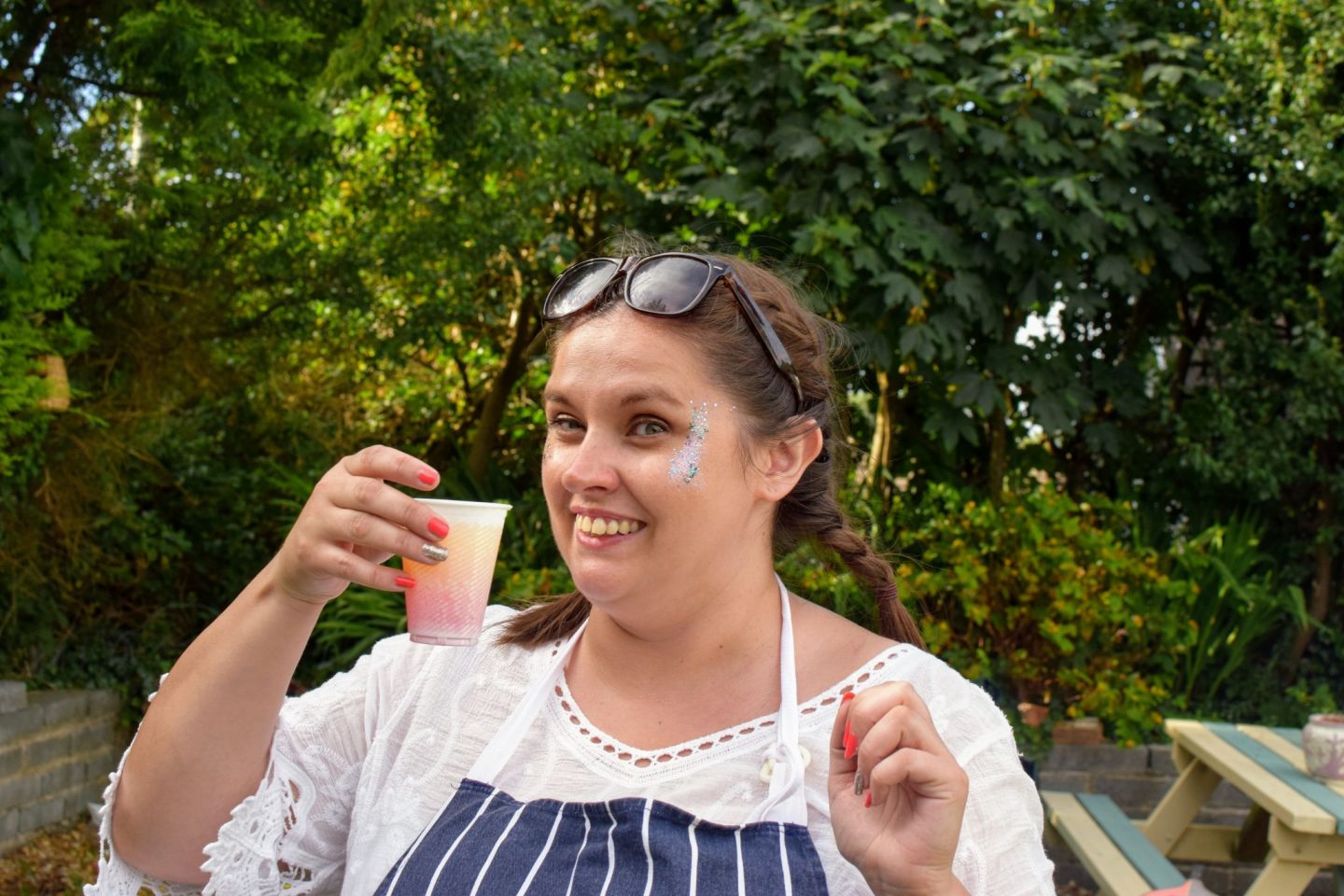 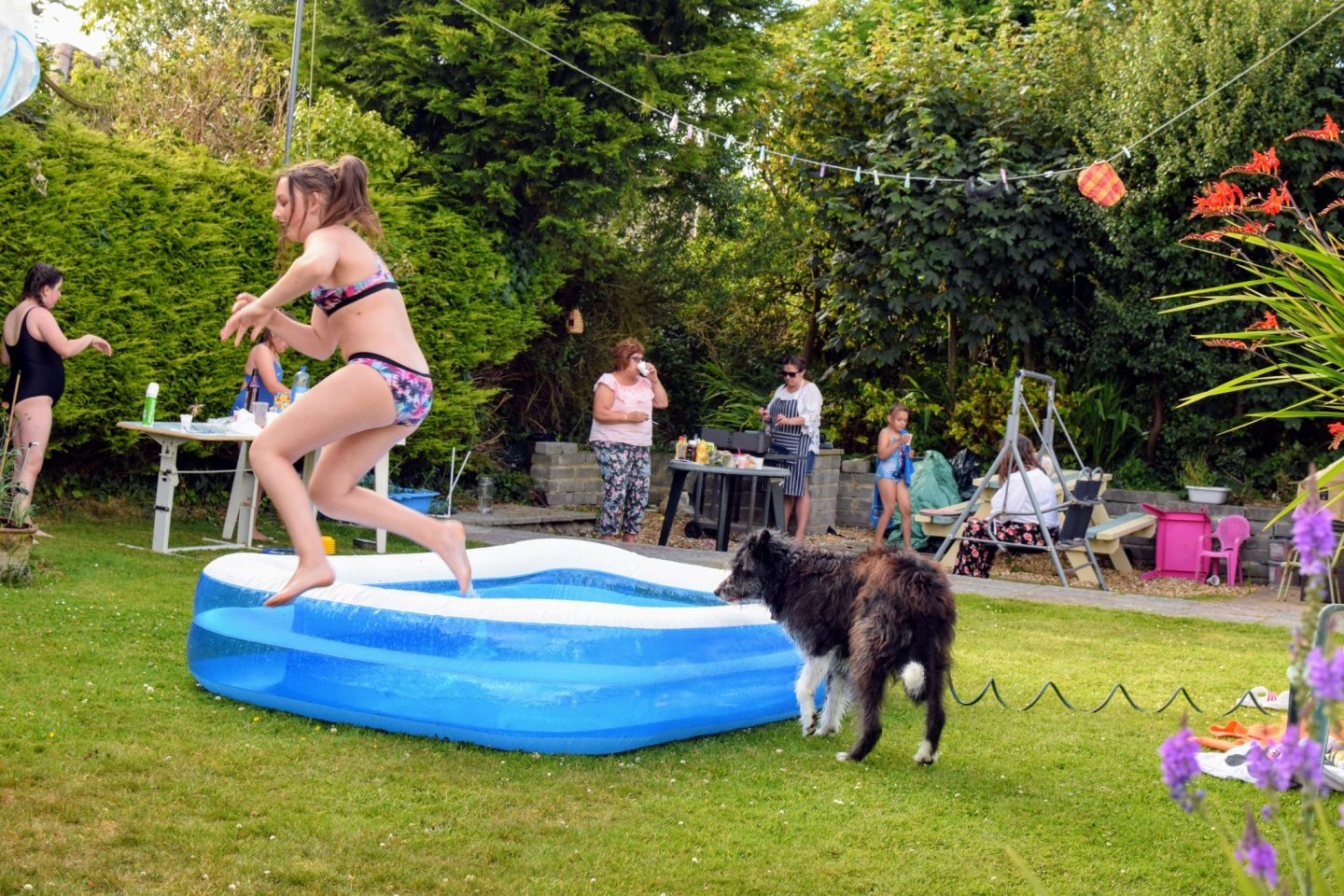 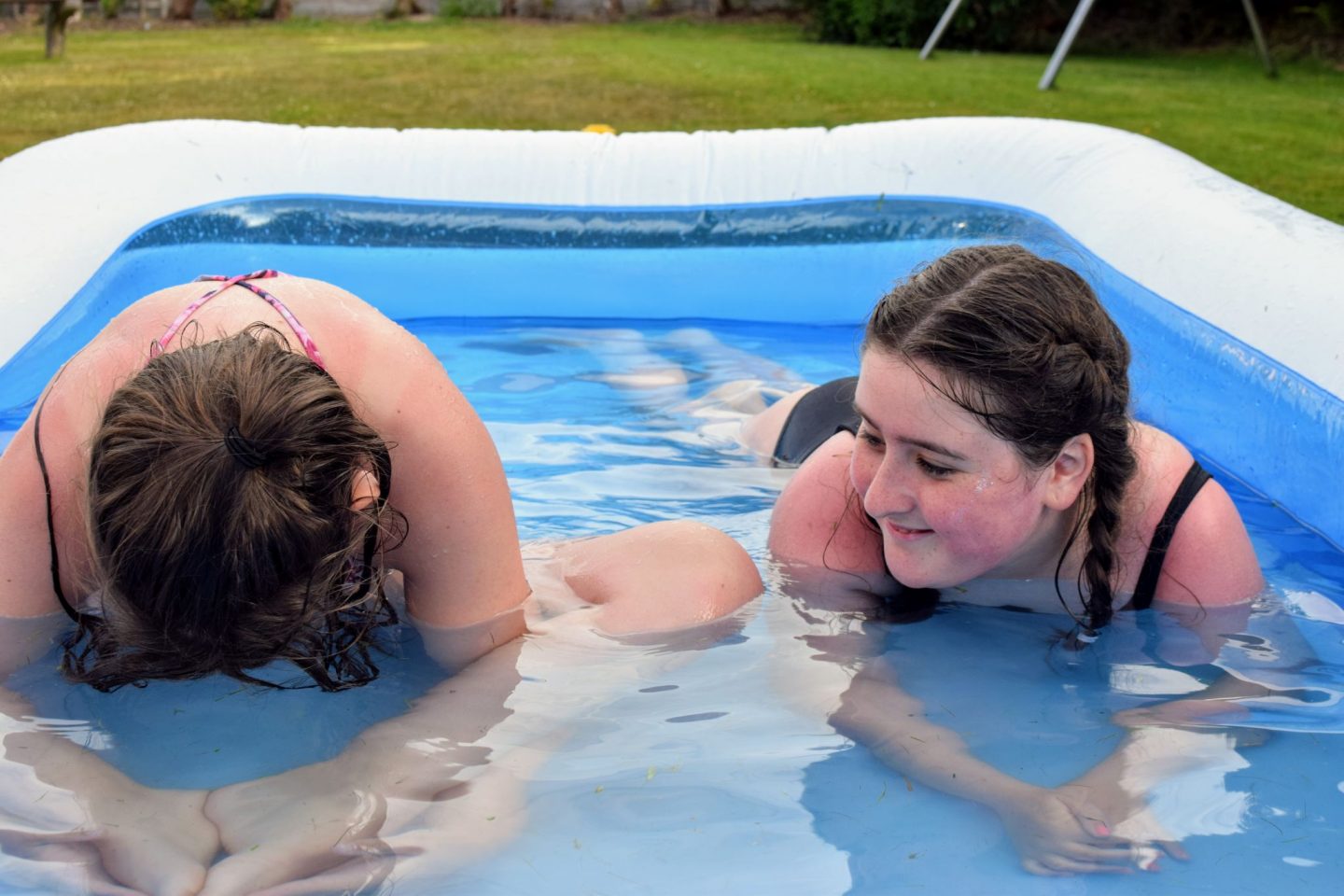 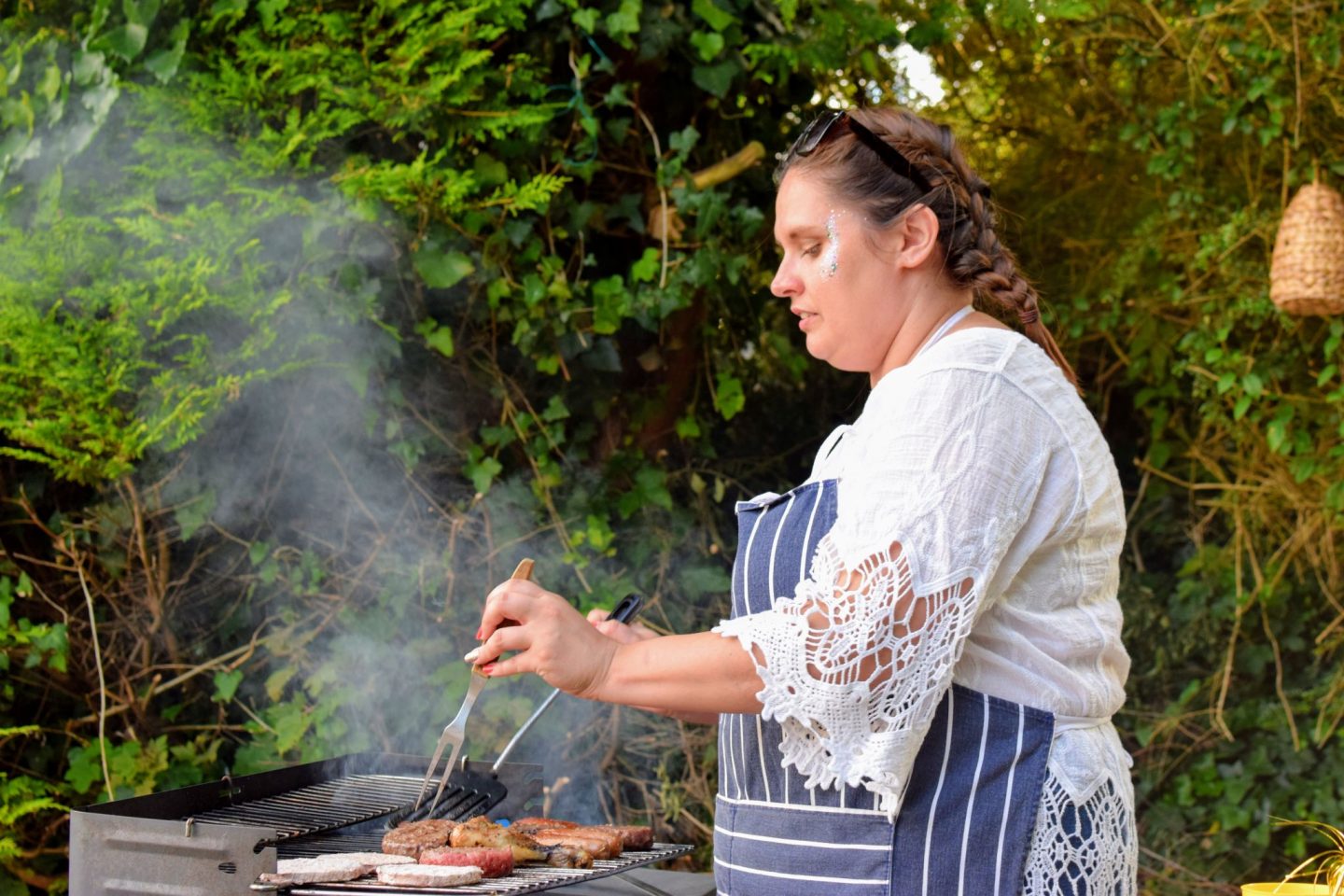 Ceri did an amazing job cooking the BBQ, she’s our official BBQ-er in the house! 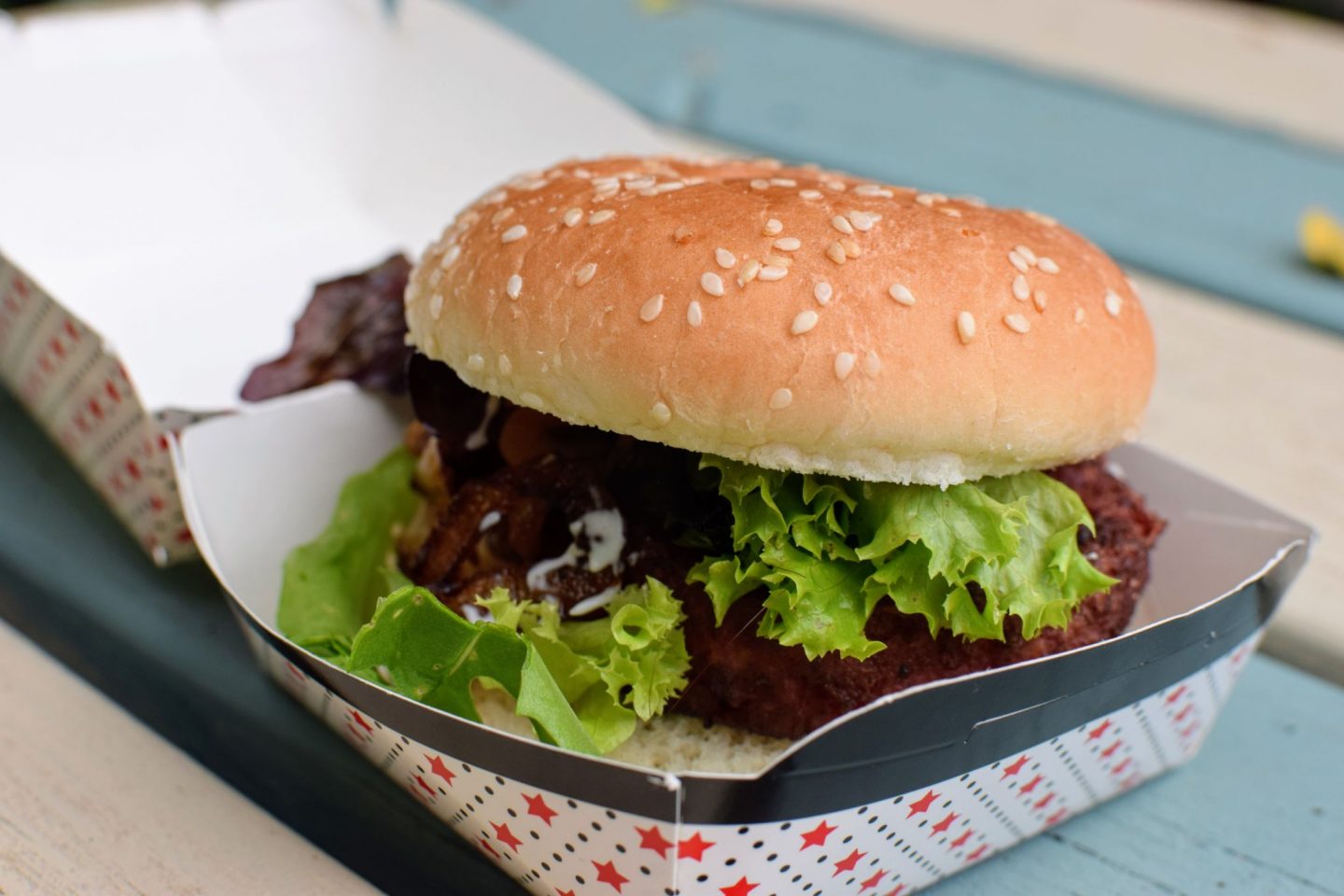 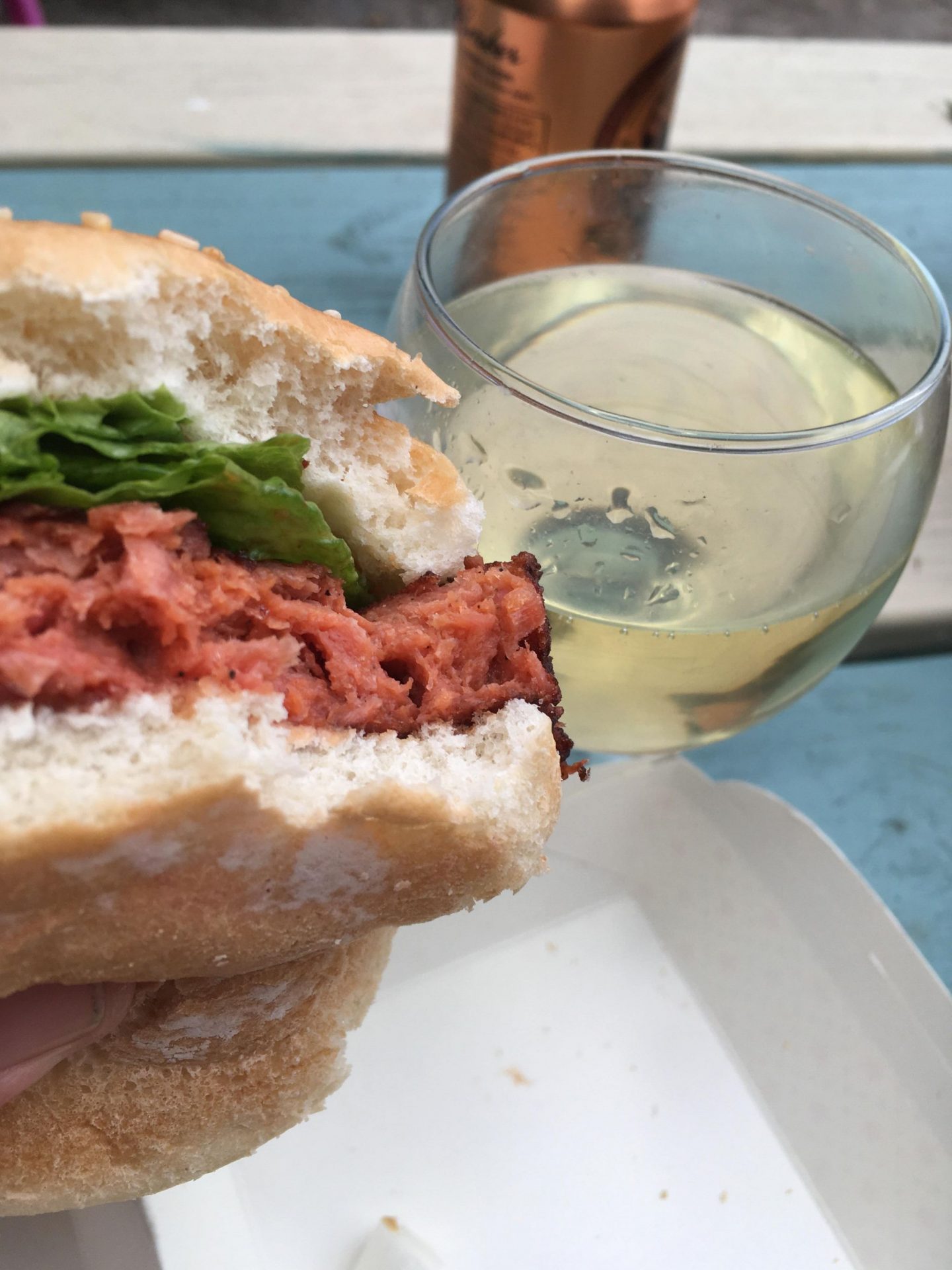 And something to wash it down with! 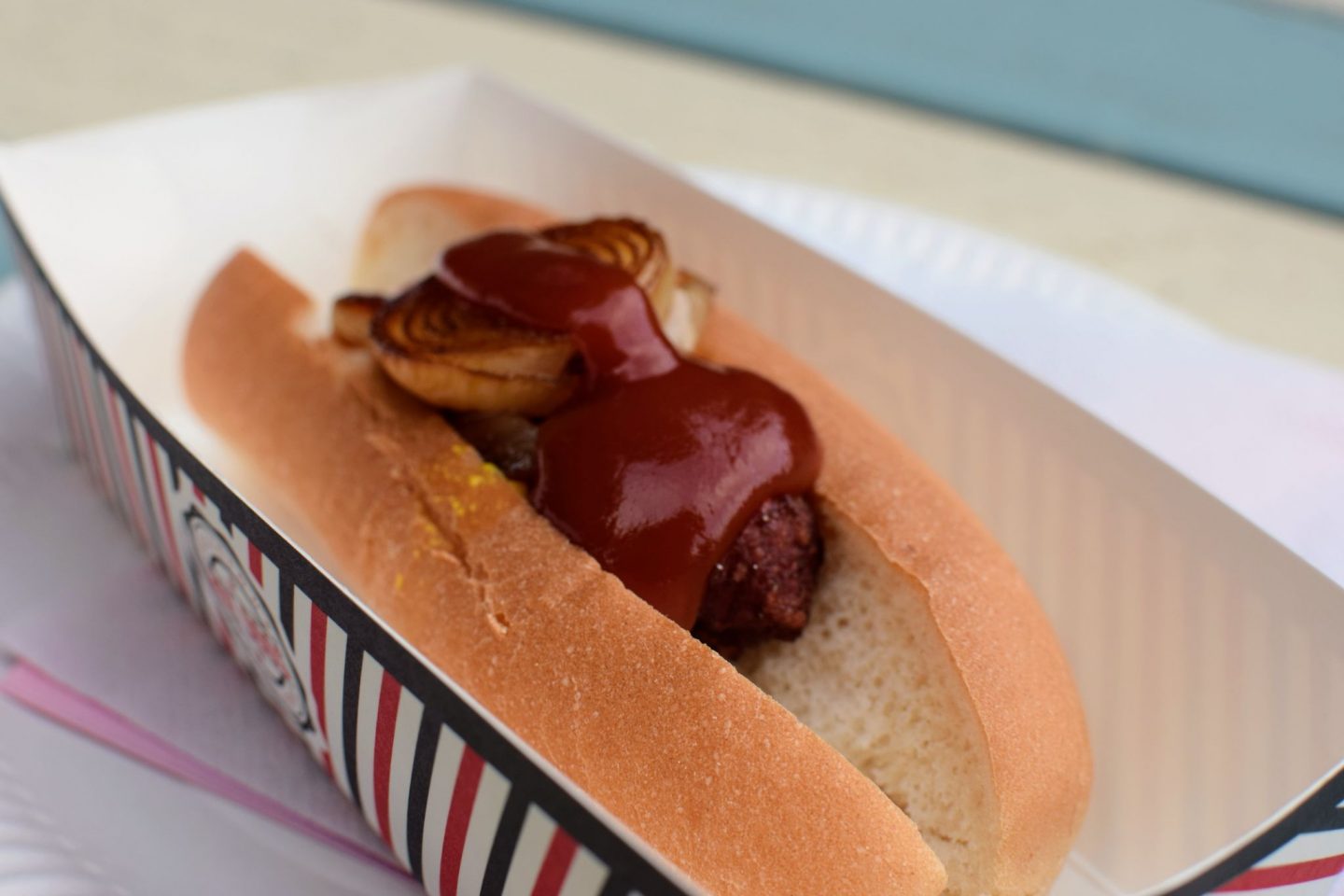 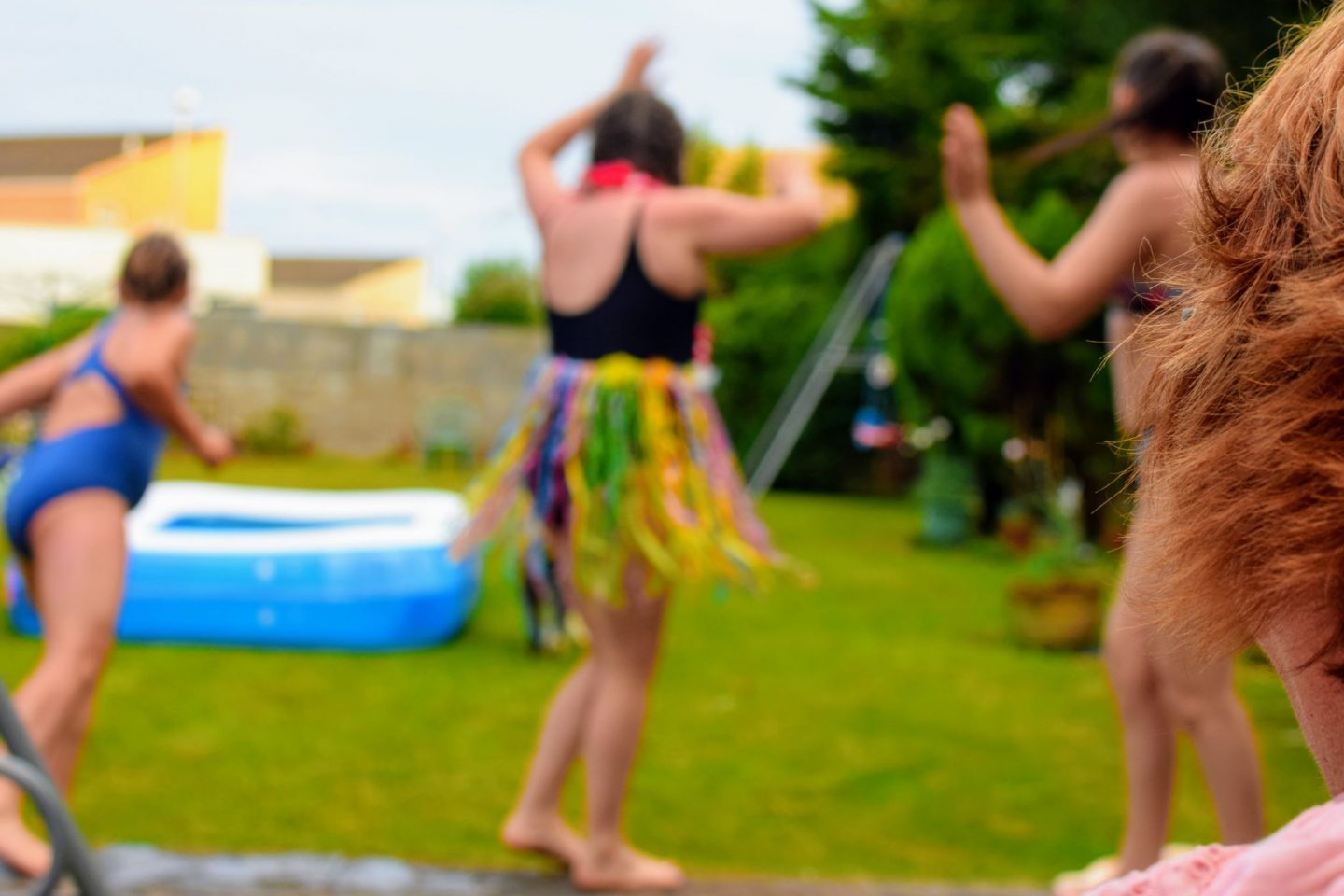 It’s not a party without a show performed by the kids! 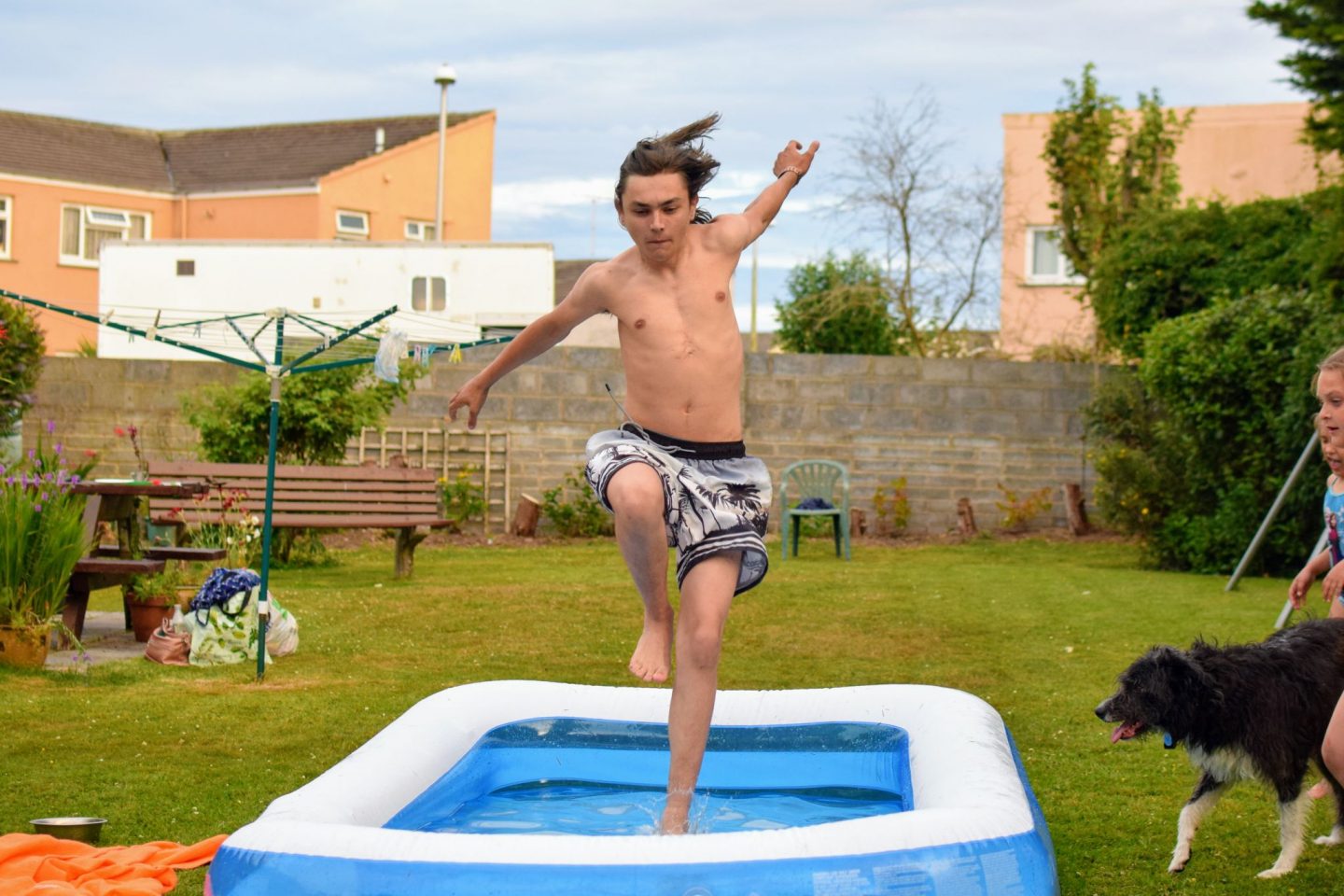 Danny was out with his friends but we persuaded him to come for food and a dip in the pool.  I do miss him now he spends less time with us.  It’s lovely he has a good group of friends though. 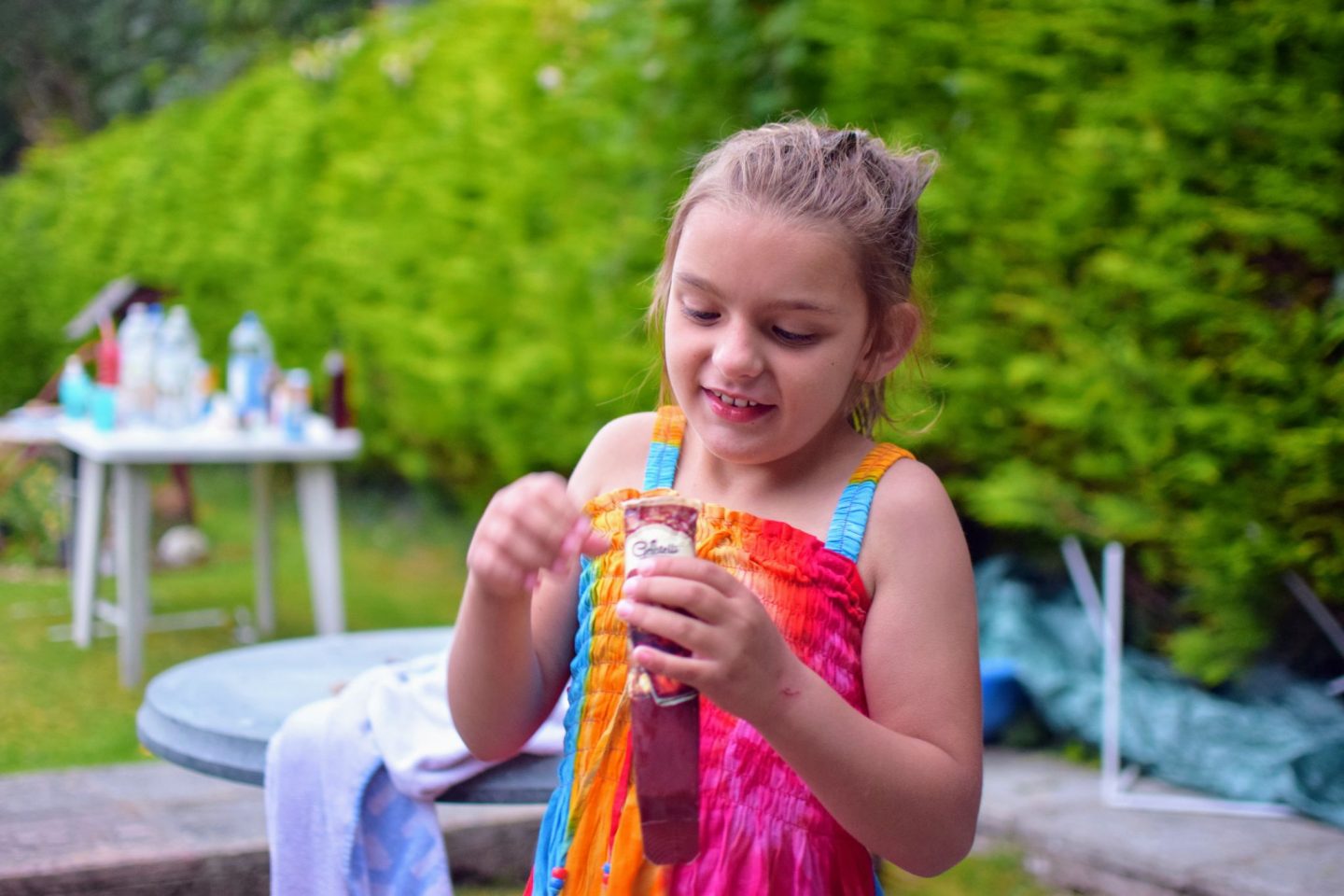 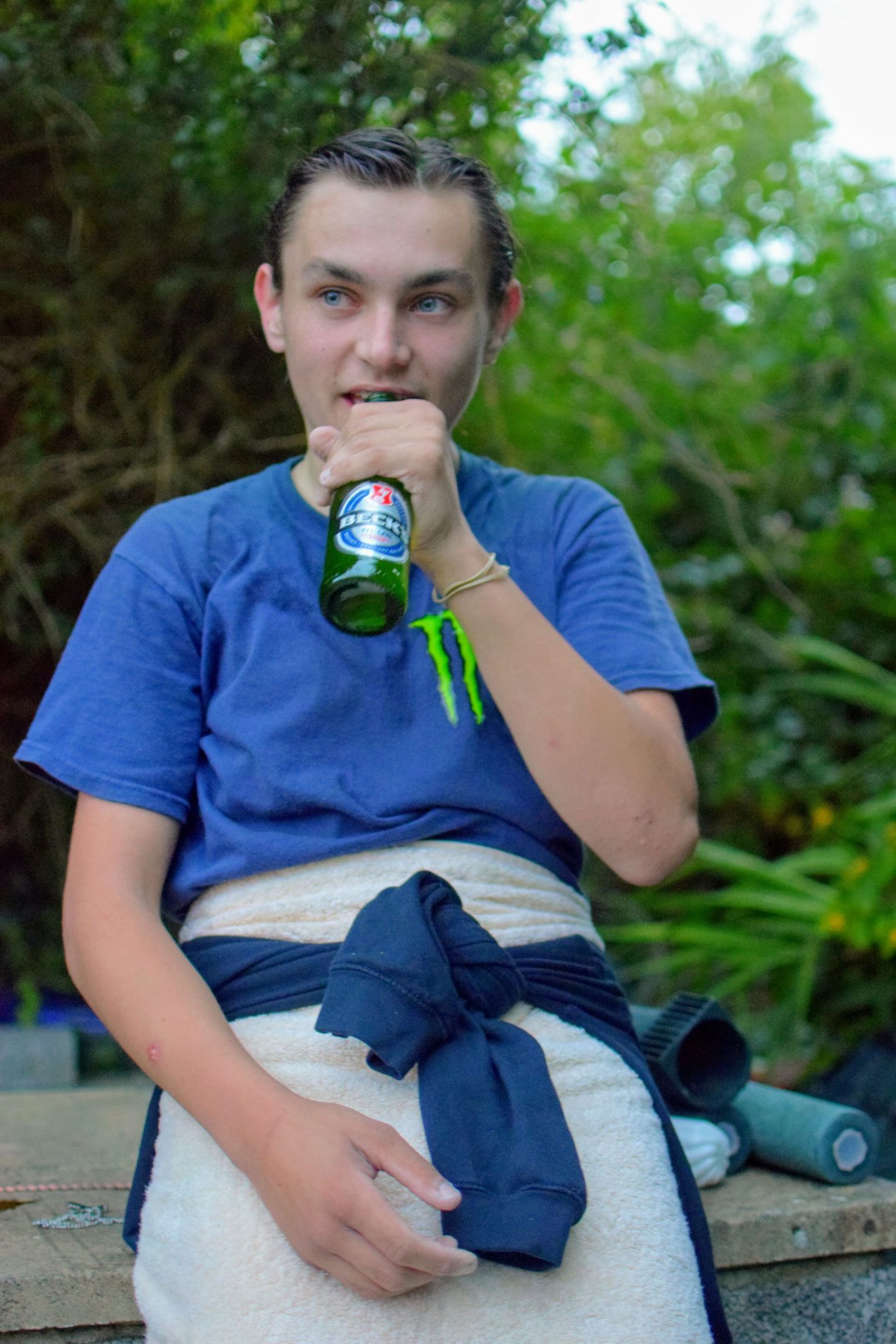 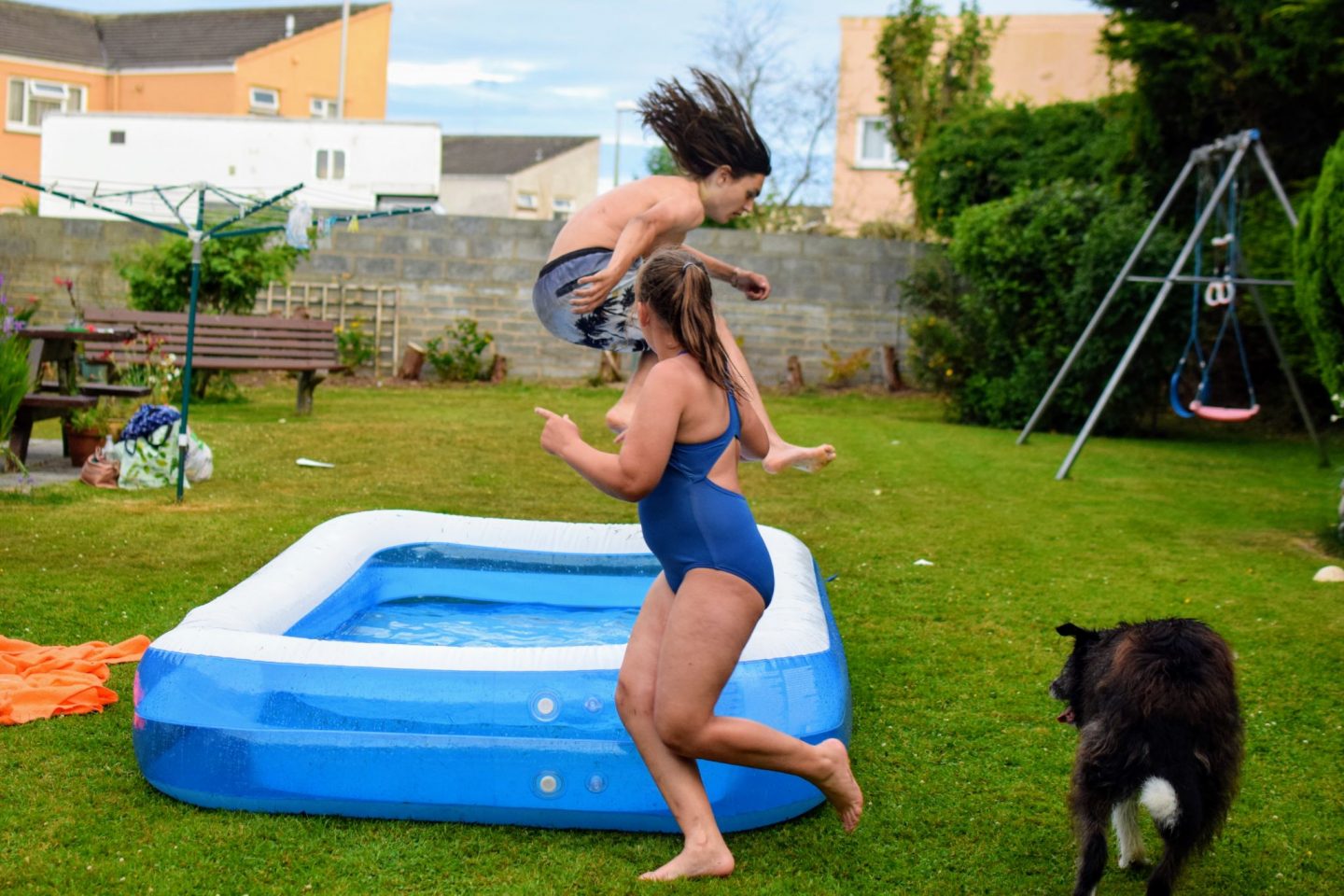 We had lots of fun talking, dancing, conga-ing and even a quick dog chase  down the road after a brave (or stupid?) cat entered the garden with Toby about. 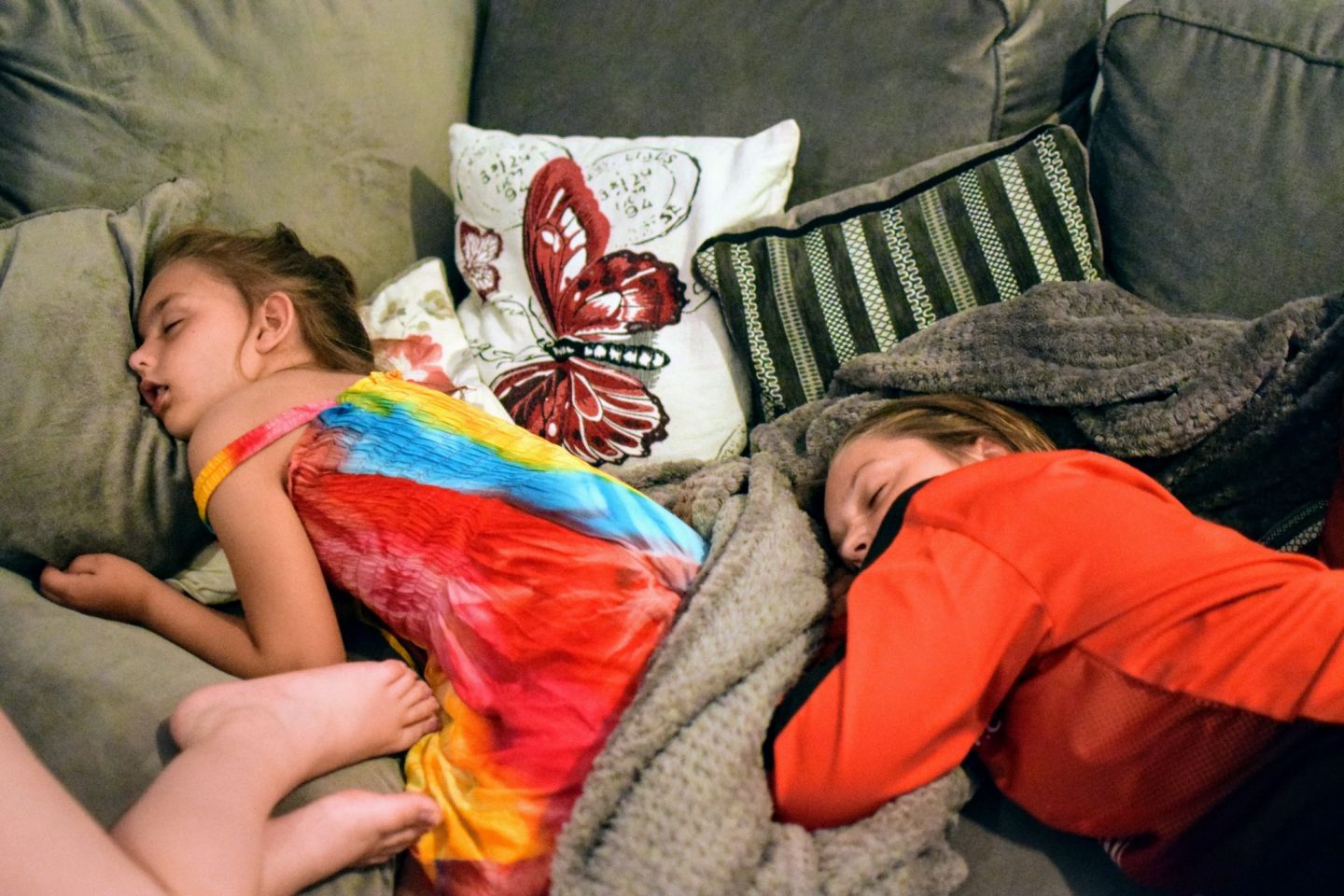 We used to always come in once the evening drew cooler but it stays warm nowadays so when the darkness fell, we packed away and came indoors.  We were going to watch a film but it was very late and had been a busy day, especially for these too.  So it was time to carry them into the taxi and head home, grateful for the lovely family day we’d enjoyed.

Thanks to Milford Haven Round Table for always organising a wonderful town carnival, it gets harder every year but they always make it happen, Milford Athletic FC Minis for organising a float, everyone who took part in the carnival- the more the merrier- and made it a fun day and to my mum and family for the party.

Lots of happy memories made for the next generation.