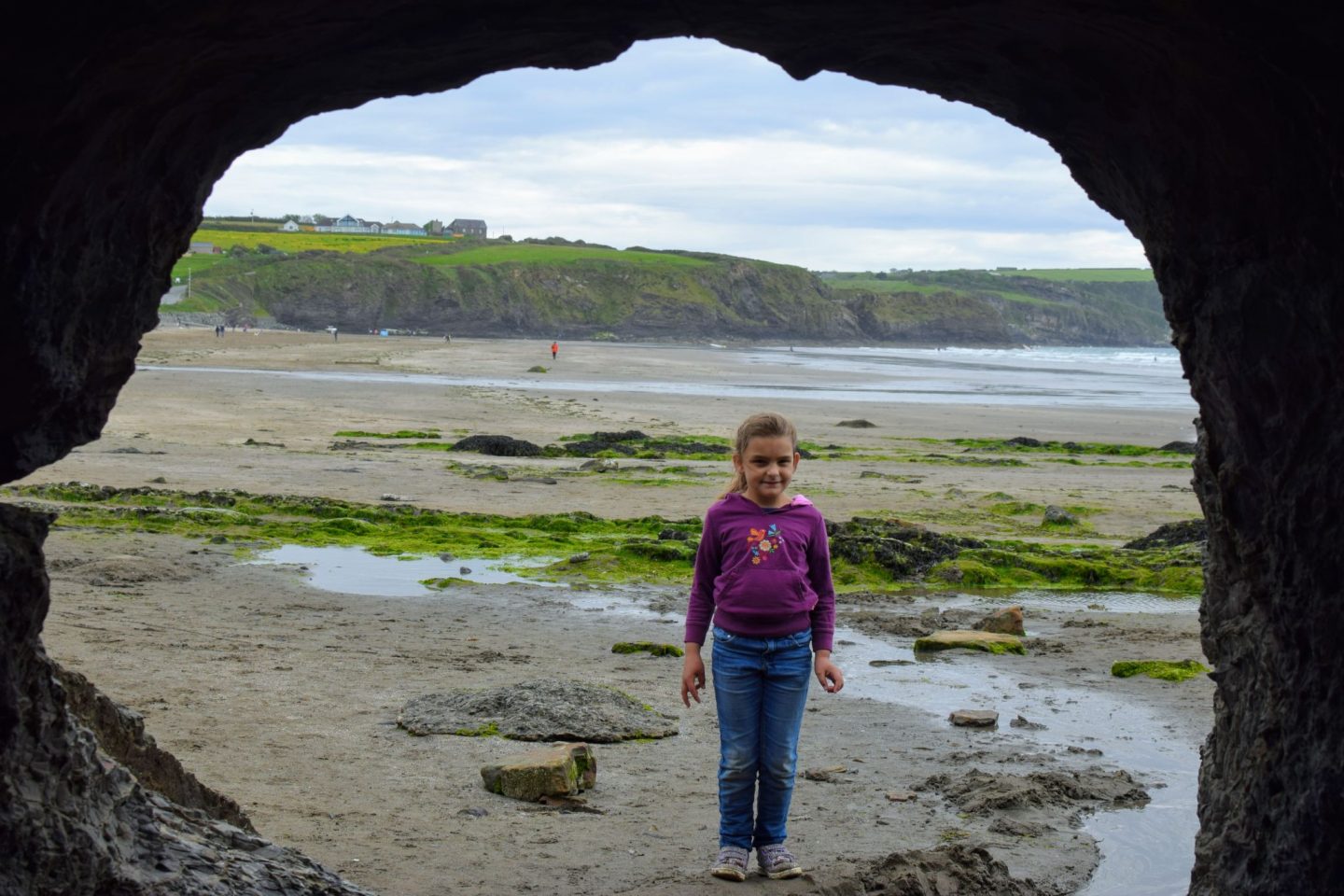 Do you remember those days when I used to have big plans for half term and school holidays?   Recently the thing I most look forward to when the kids break up is a lie in and a lazy day!  Thankfully in between the lie ins and cosy movie watching,  we did manage to fit in some adventures too- here’s what we got up to: 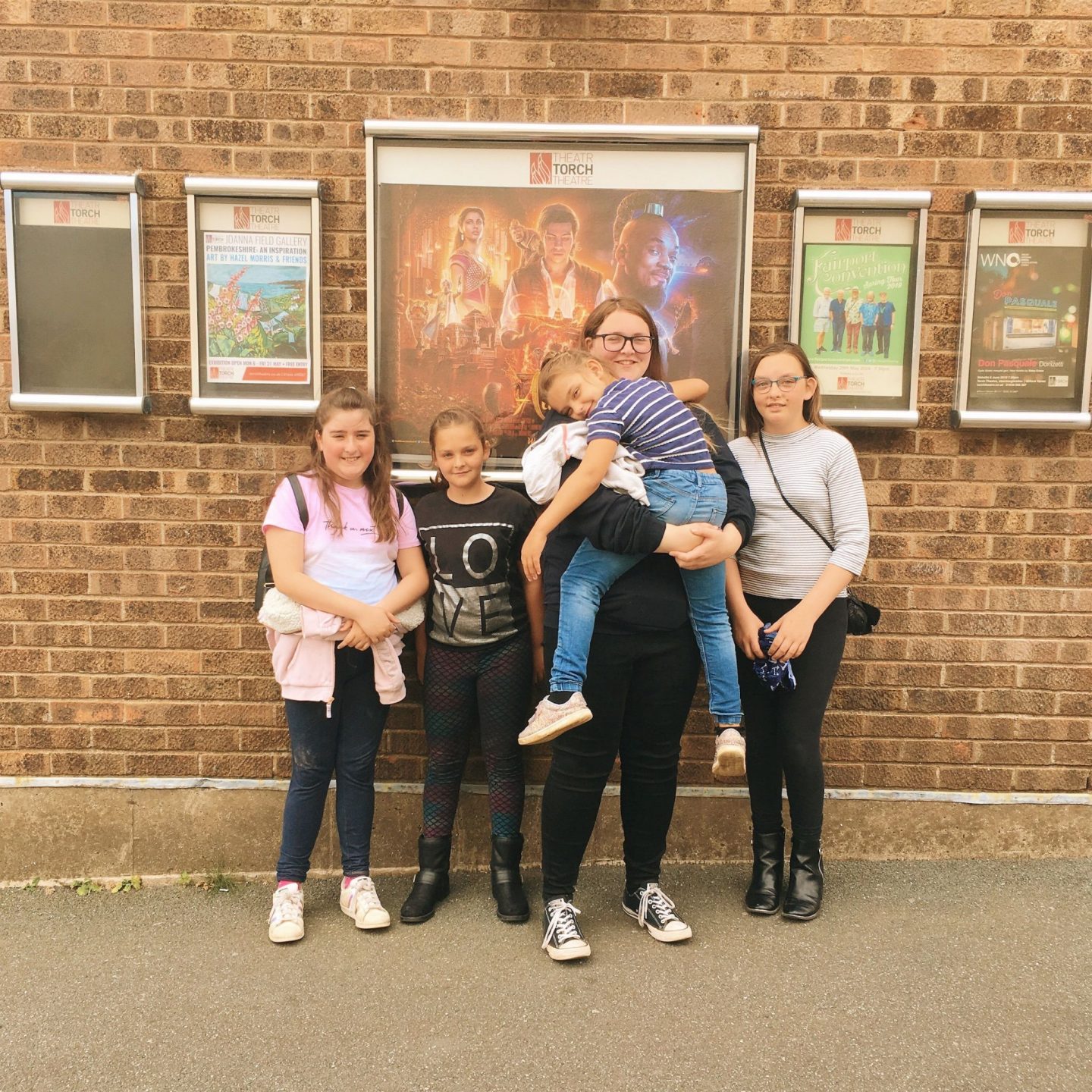 We began the holidays with a visit to the Torch Theatre to watch Disney’s Aladdin.  I love the original Disney classic, I remember watching it in the cinema with my sisters and then over and over on video once it was released.  We also used to play the video game on Sega Megadrive and had lots of fun replaying it over Christmas at mums!  The classics are the best.  I’m pleased to report that I loved the live action remake.  It really brought Aladdin to life.  The casting was incredible. I wasn’t sure if anyone could really be Aladdin but Mena Massoud captures his character and charm perfectly even down to the smile.  Naomi Scott plays a stronger, spunkier version of Jasmine and Will Smith is warm and hilarious as the Genie.

I know Genies don’t have Feet… But you left some Big Shoes to fill. 😊 R.I.P., Robin! And Thank You, @helloluigi Love the art work!

Of course,  we will reminisce about the late, great Robin Williams, as the original voice of the animated Aladdin’s Genie, but Will Smith really did  do the Genie proud.  It felt quite surreal to watch an actor who was “The Fresh Prince of Belair” to me as a child, now being my own children’s Genie in Aladdin.  I didn’t see that one coming!

The  live action film stays true to the original story based on the Arabian nights tale with a modern day update to make it a fitting and inspirational tale in 2019.  It’s a beautiful film with both amazing action parkour and glorious Bollywood style dance scenes.  The familiar updated soundtrack is fantastic with a bonus new song “Speechless” sung by Jasmine’s Nadia Scott.   We’ve been listening to the soundtrack since- it’s definitely been the background music to this half term and can’t wait for the home release to re watch the film.  Until then we’re re-watching the original animated Aladdin on Disney Life. 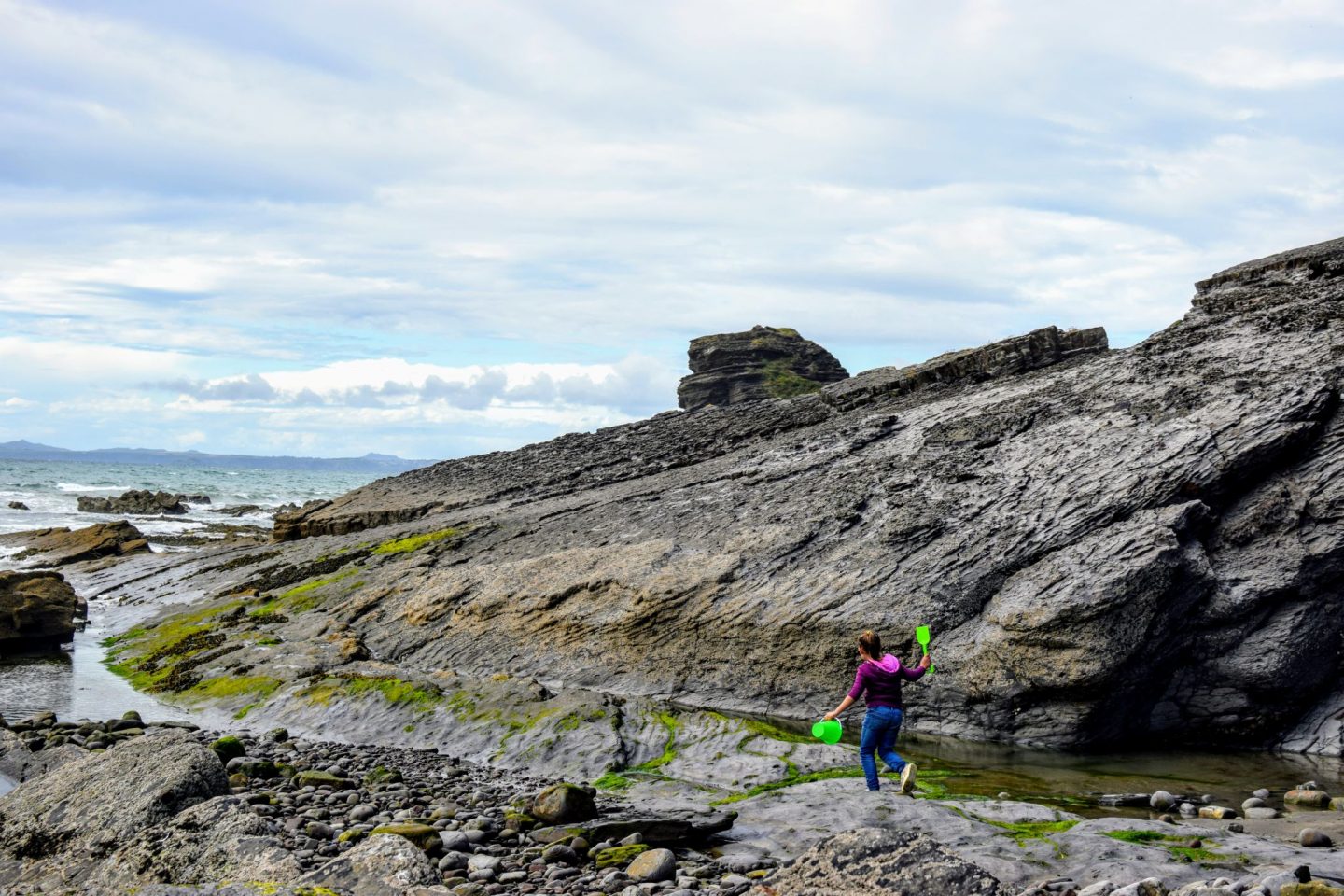 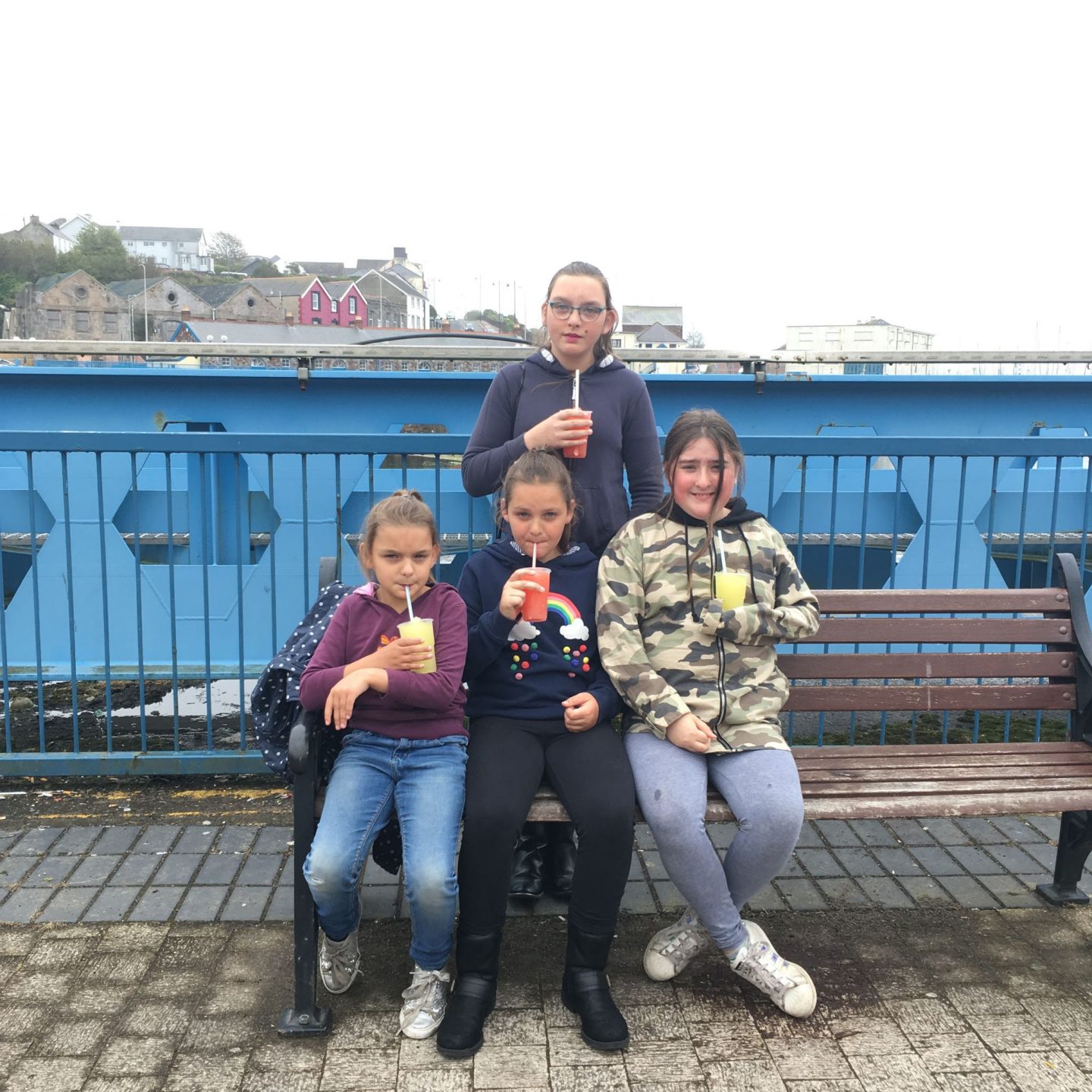 We had planned a day out at Clerkenhill but plans changed and we couldn’t go out until late and the weather wasn’t great.  We will definitely visit there soon as we love the walks and castle playground.  We were looking for somewhere local to entertain the kids.  As it was raining the bowling lanes at Phoenix Bowl were fully booked and all the kids bar Izzy are too old for the soft play.  So we bought the kids a Slushy while we decided where to go. 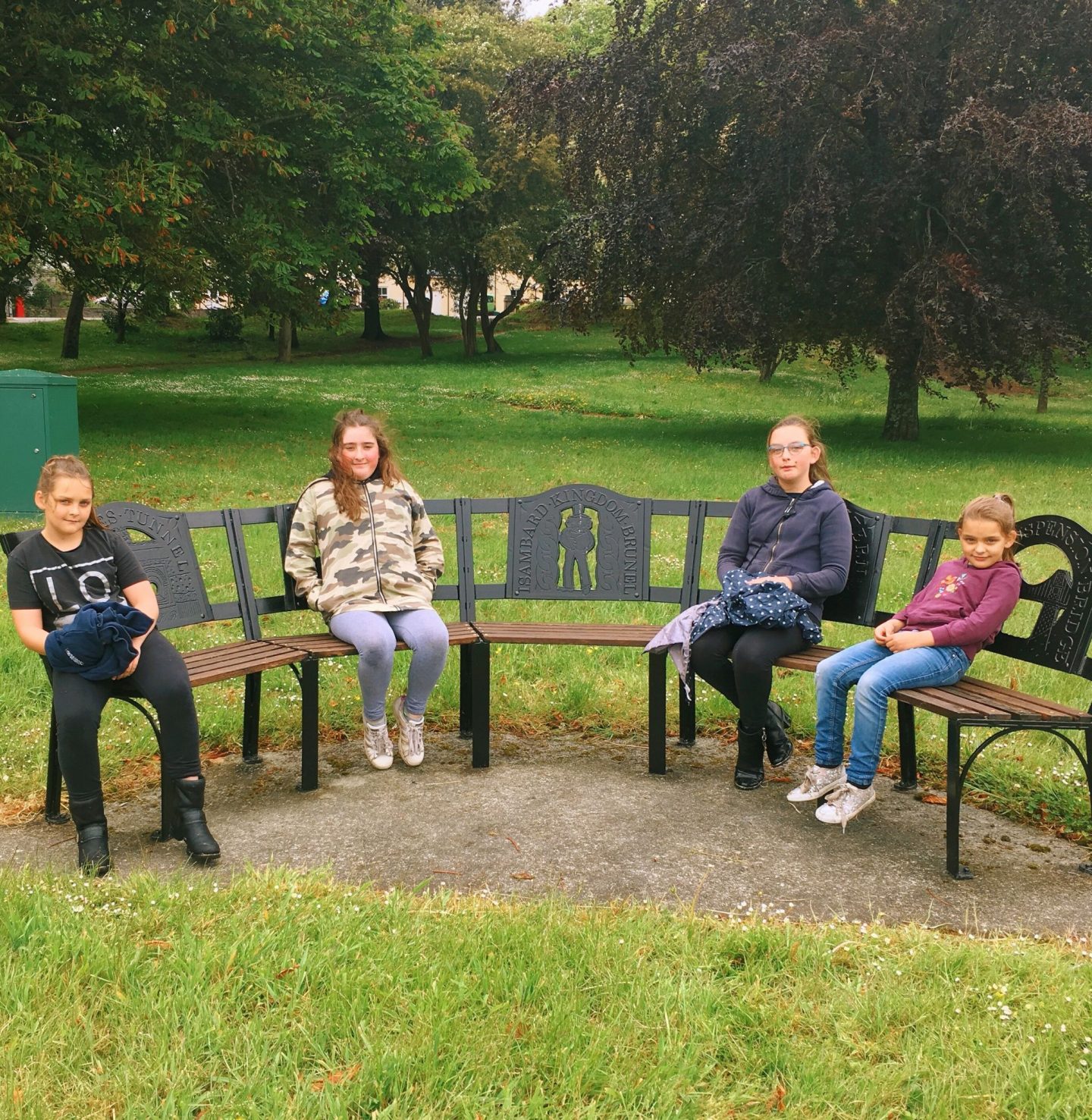 In the end we drove to Neyland for a walk around the Marina.  As we walk the nature trail weekly instead we walked around the top part of the Marina, looking at the statues and information boards. 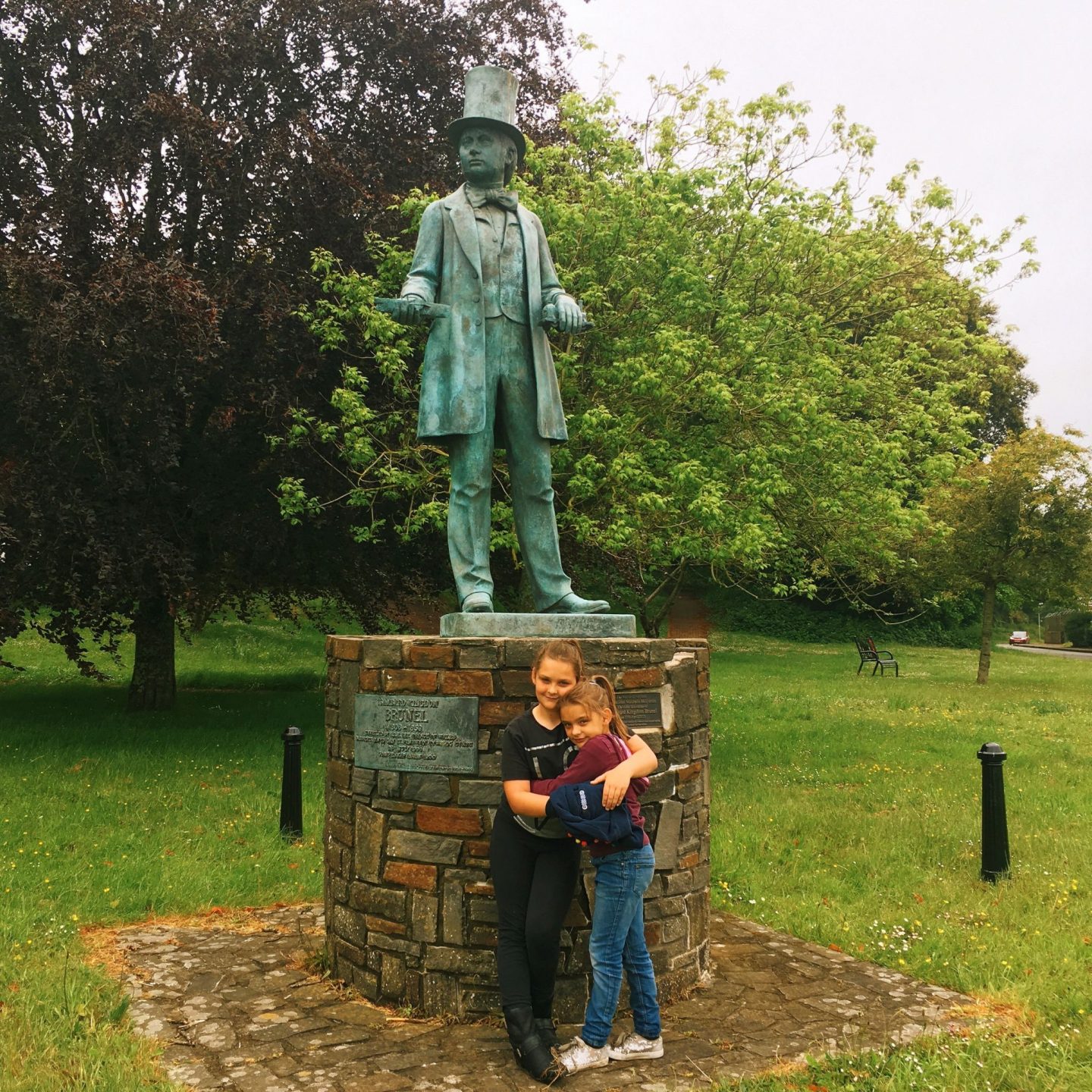 This is a replica of the  now infamous statue of Isambard Kingdom Brunel that was stolen in 2010.  It was replaced in 2013, the new statue was created using the same original mould used by sculptor Robert Thomas of Barry.  The original statue cost £30,000, which locals had spent years raising so it was heartbreaking to the town when it was stolen.  I felt sad each time I drove past the empty plinth so we are so happy the missing statue was eventually replaced. 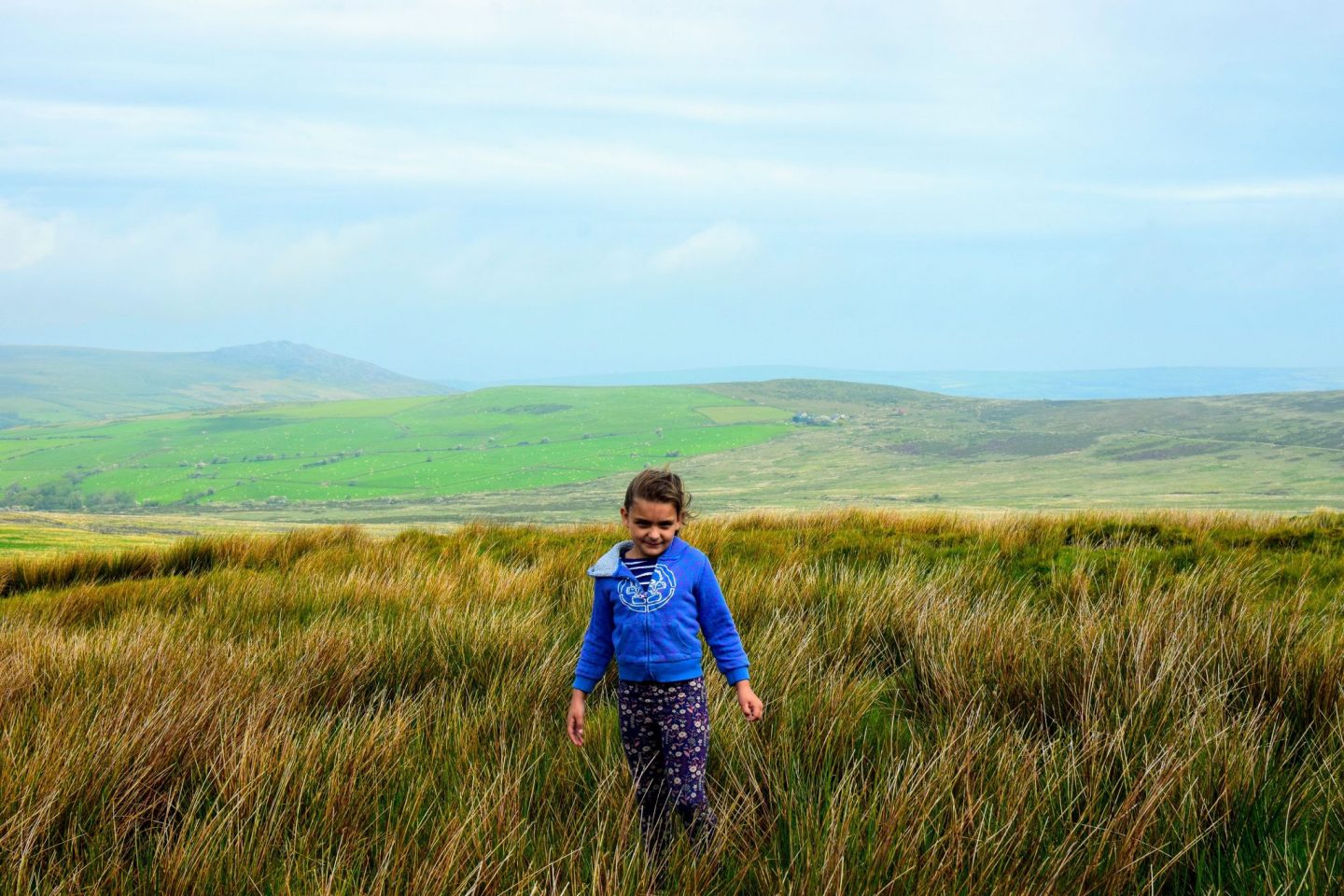 Caitlyn had football camp in Haverfordwest (which she loved, of course).  I planned to take the girls to Scolton Manor while we waited for her.  While driving there I made a spontaneous decision that I will always regret- to drive across the mountains and up the hill for a quick visit to Pentre Ifan.  It’s usually quiet there but as it was half term it was busy.  Every parking space was filled with a camper van, there wasn’t even enough room to turn around and drive back on the “better”road.  So I had to continue the narrow and steep hill route and unknowingly damaged my clutch.  By the time I returned to the Preseli Hills, the car was revving as if I was driving in the wrong gear.  I pulled over in the first lay-by and discovered why- the clutch was not engaging and was now completely flat on the floor.  I hoped that is just needed to cool down but after waiting, it was clear it was more serious. 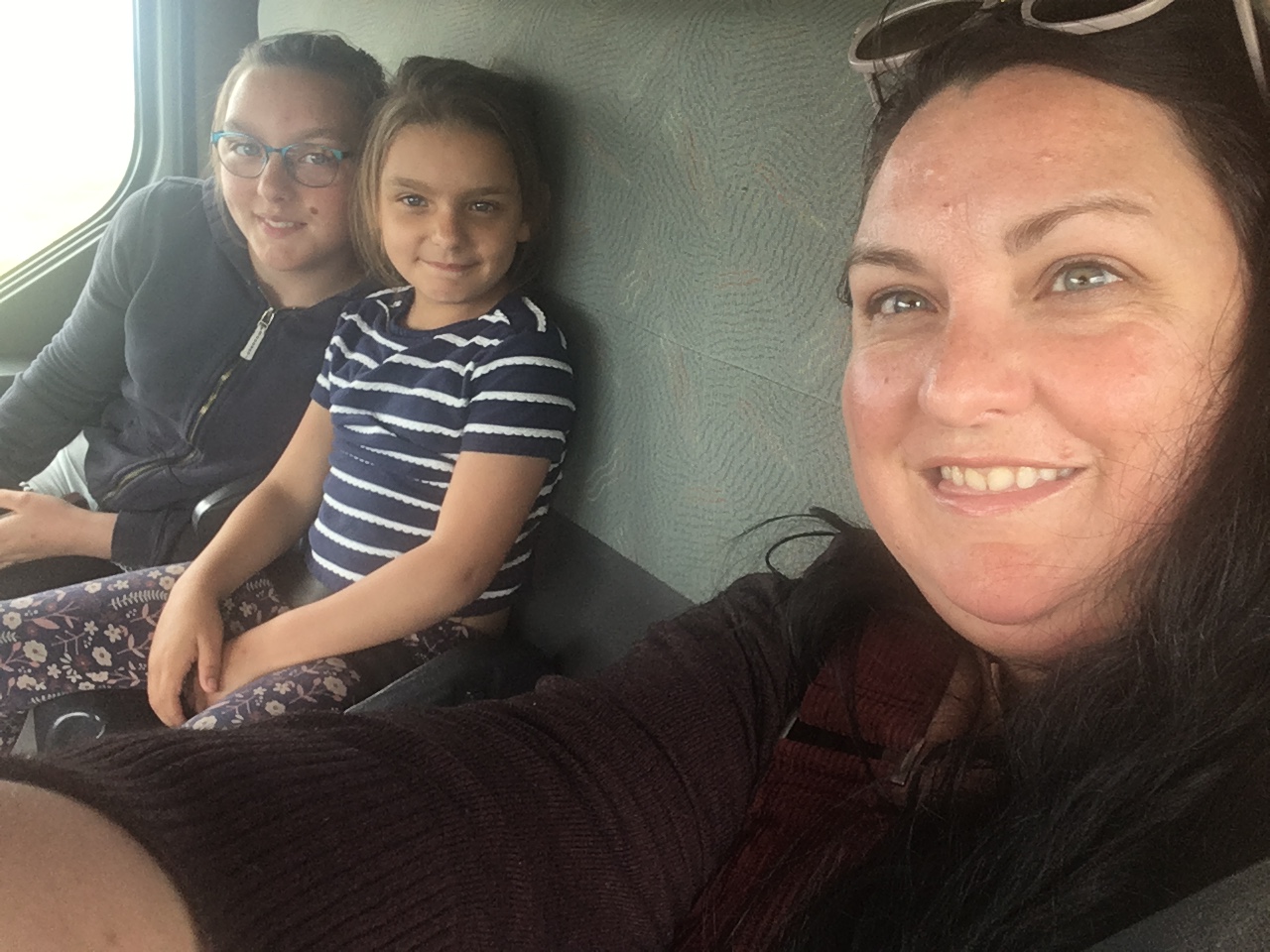 We rang our roadside assistance, the RAC, arranged for my mum to pick up Caitlyn from football and waited for help to come.  I loved being up the mountains but it’s not the same when you feel stranded! 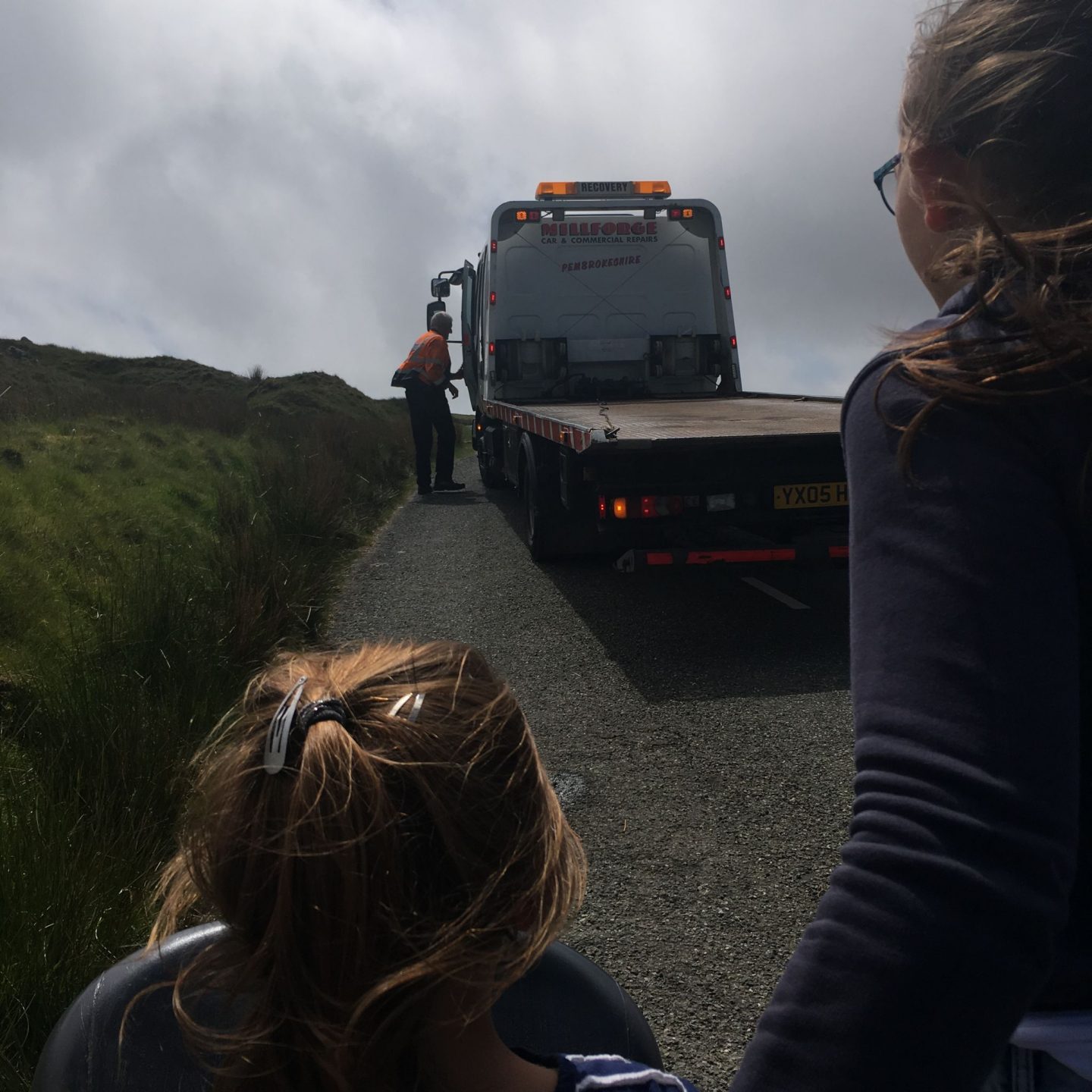 The girls took it in their stride and found it quite exciting.  They watched the car being towed onto the back of the tow truck and we got to sit in a lorry for our journey to the garage.

By the time we arrived at the garage we were tired and thirsty.  I had to make some phone calls to arrange a hire car.  It couldn’t be delivered until the following day but by coincidence a family friend who lived nearby happened to be in the garage collecting her car so she very kindly offered us a lift home- thank you D! We were so grateful for all the help we were given. 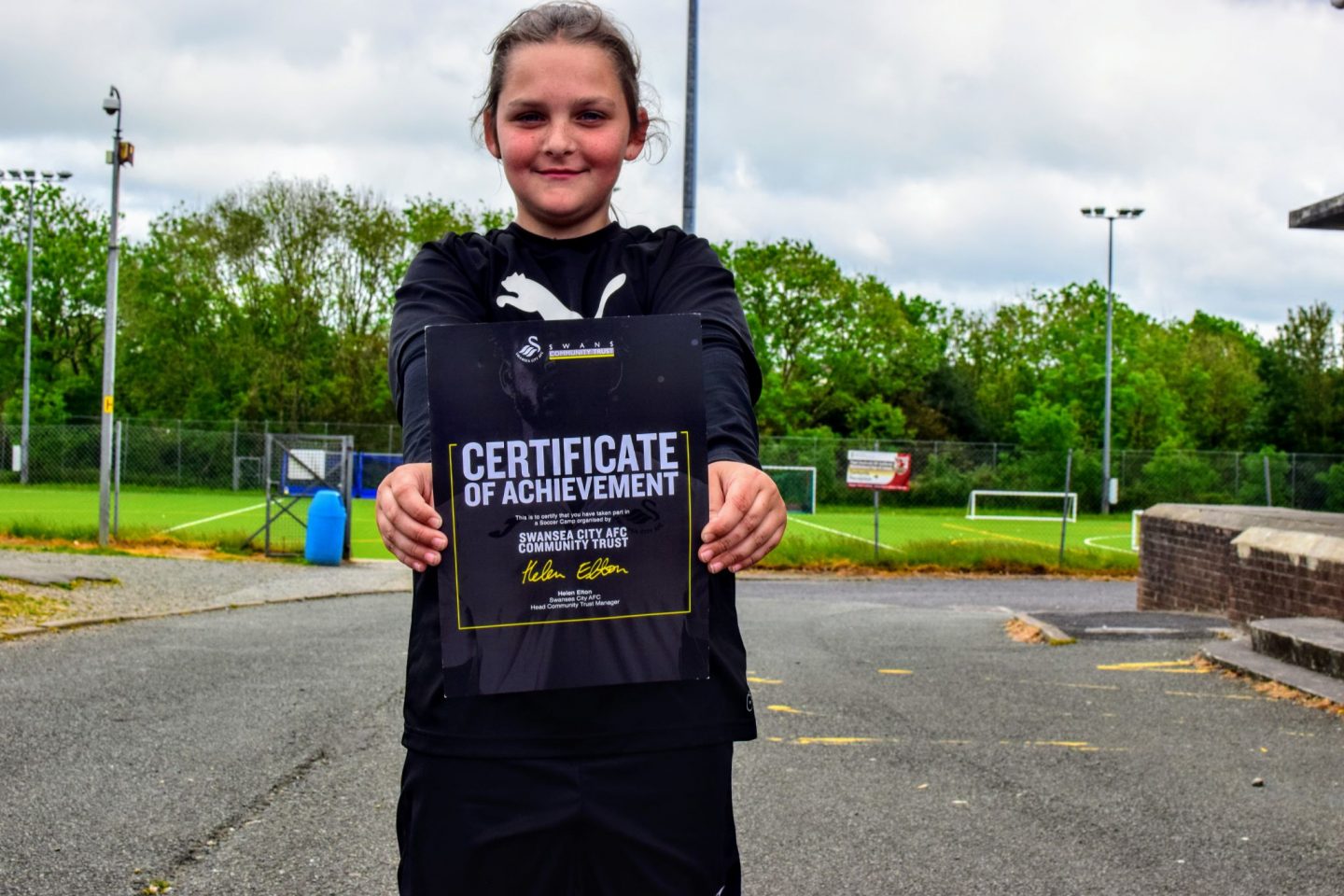 The following day mum kindly took Caitlyn to football for the last of her Community Trust Soccer Camp.  She loved it and can’t wait for the next one!

Our courtesy car was delivered from Europcar so we went from a Vauxhall Zafira to a Volkwagen Sharan for a few days.  It was such a lovely car, the kids loved the  different features especially the sliding doors.  I don’t like getting used to driving different cars, I can see the advantages of an electronic handbrake but missed the reassurance of pulling up a handbrake on stopping.  We’re so grateful that we did have a courtesy car while our car was fixed so we could do essential journeys but I wasn’t as keen to go out exploring in it as much as our own familiar car.  I know I’d have got used to it eventually. 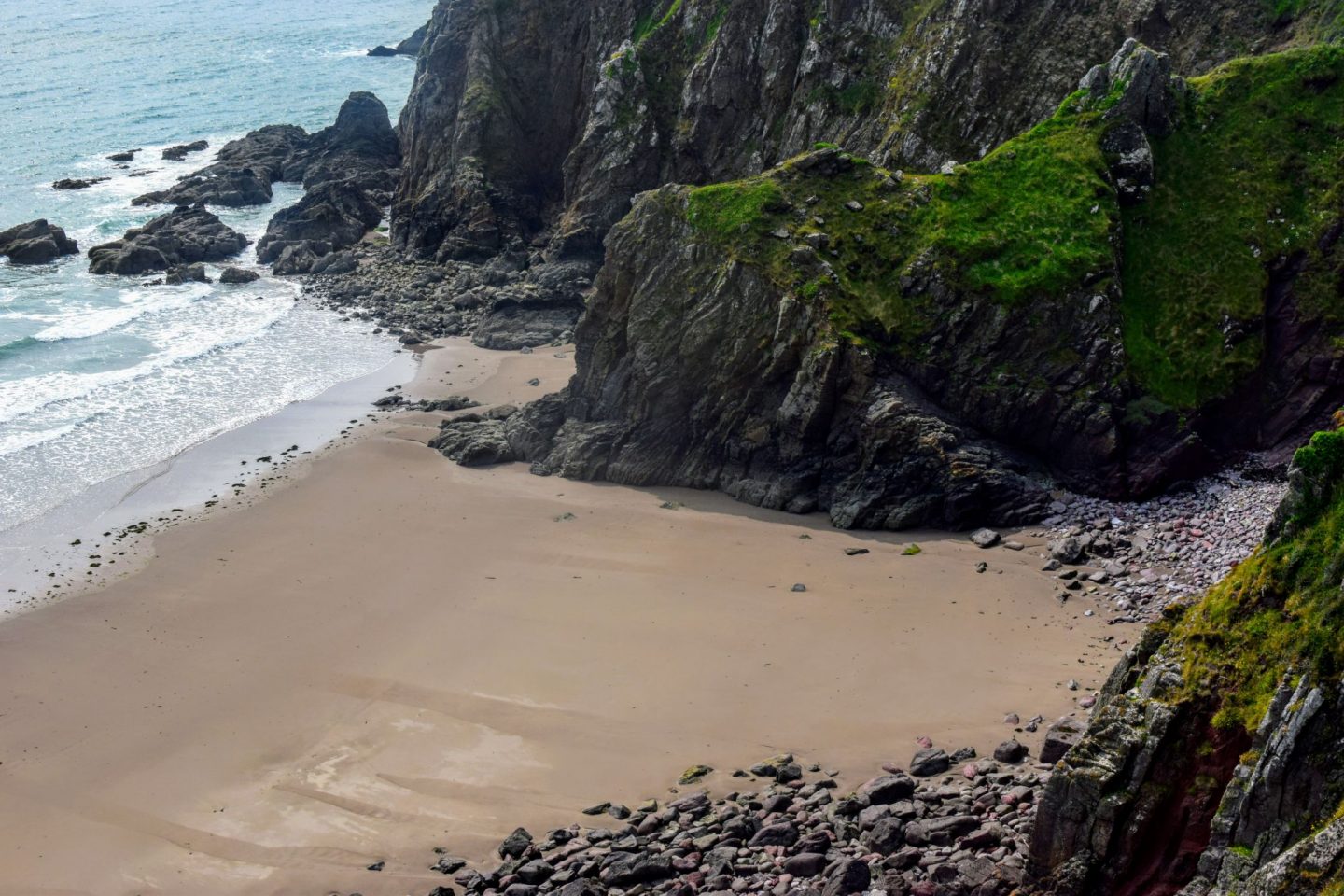 While driving our “new car” we’ve been choosing easy to drive to locations for adventures.  It was a shame really as all the best places in Pembrokeshire to visit do seem to be down the narrowest and steepest lanes.  Lindsway Bay is easy to drive to and park but is followed by a steep walk down to the beach. 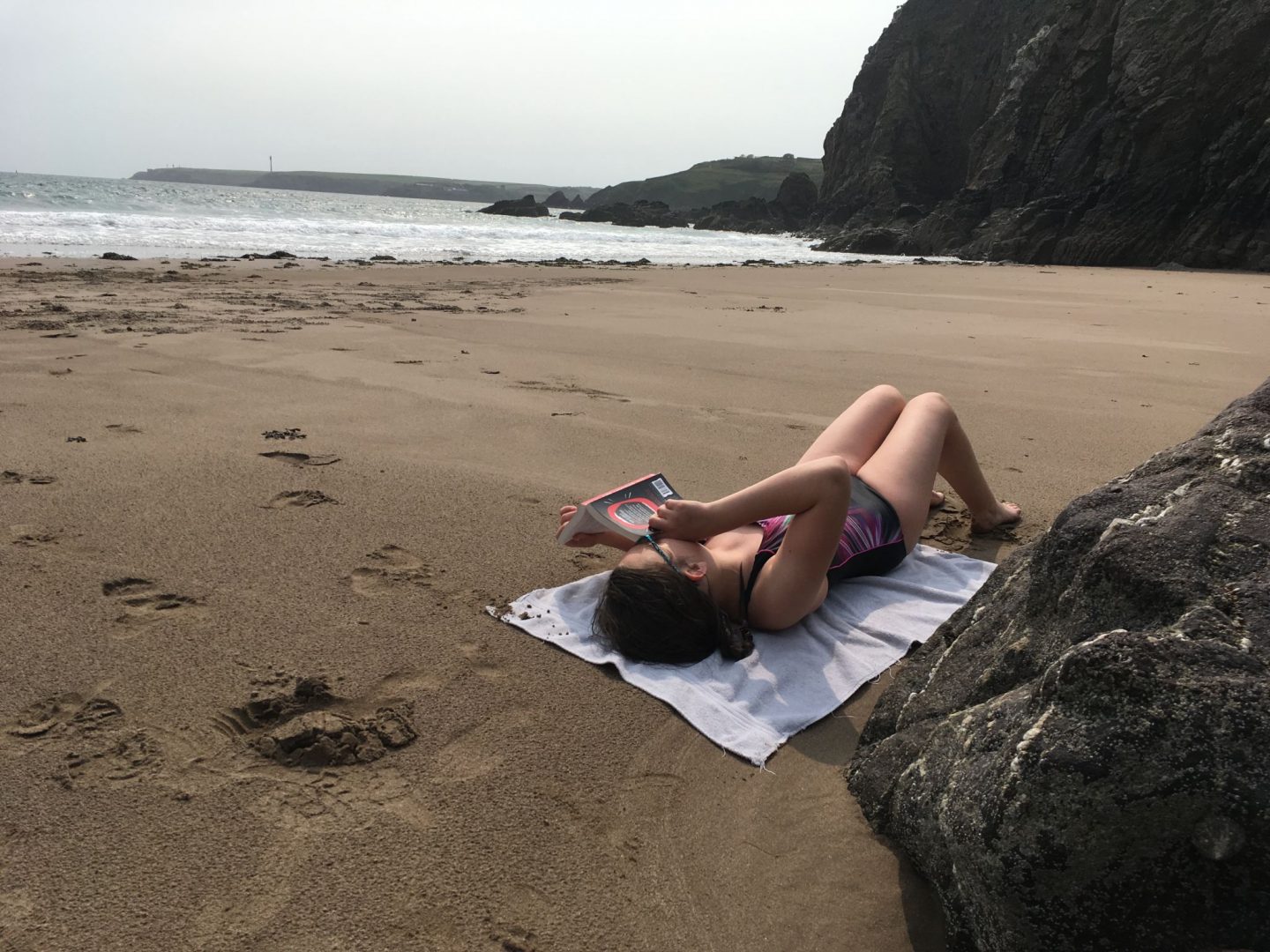 It was a nice place to spend the day playing in the sea and sunbathing before the kids went back to school (although one of them dampened our day by moaning the whole time but at least three out of four were happy, eh?).  I’ll write a post soon.

During half term I also managed a few swims with The Bluetits– I’m definitely going to write a post about my open water swimming journey soon and how others can begin.

As well as watching rewatching Disney movies (we love them), we also really got into Britain’s Got Talent.  We never used to watch those sort of shows but it’s nice for the kids to be able to talk about them with their friends when they return to school and I know what everyone’s tweeting and posting about online for once!

As always there didn’t seem to be time for revising, homework, DIY and housework!  But this week we were back to school and work with a bang so we’ll be back to it all soon!

What did you get up to during half term?  We hope you enjoyed- roll on the summer holidays…