Northern Ballet, in collaboration with CinEvents, is making its debut in cinemas this year with over 200 screenings across the UK of some of its most popular children’s ballets.  Elves & the Shoemaker and Three Little Pigs will be shown in cinemas across the UK in  February and March 2019.  Tortoise & the Hare will debut at cinemas this Saturday (26th January) and we had the opportunity to preview this wonderful show.  Read on to find out our thoughts on Northern Ballet’s Tortoise and the Hare: 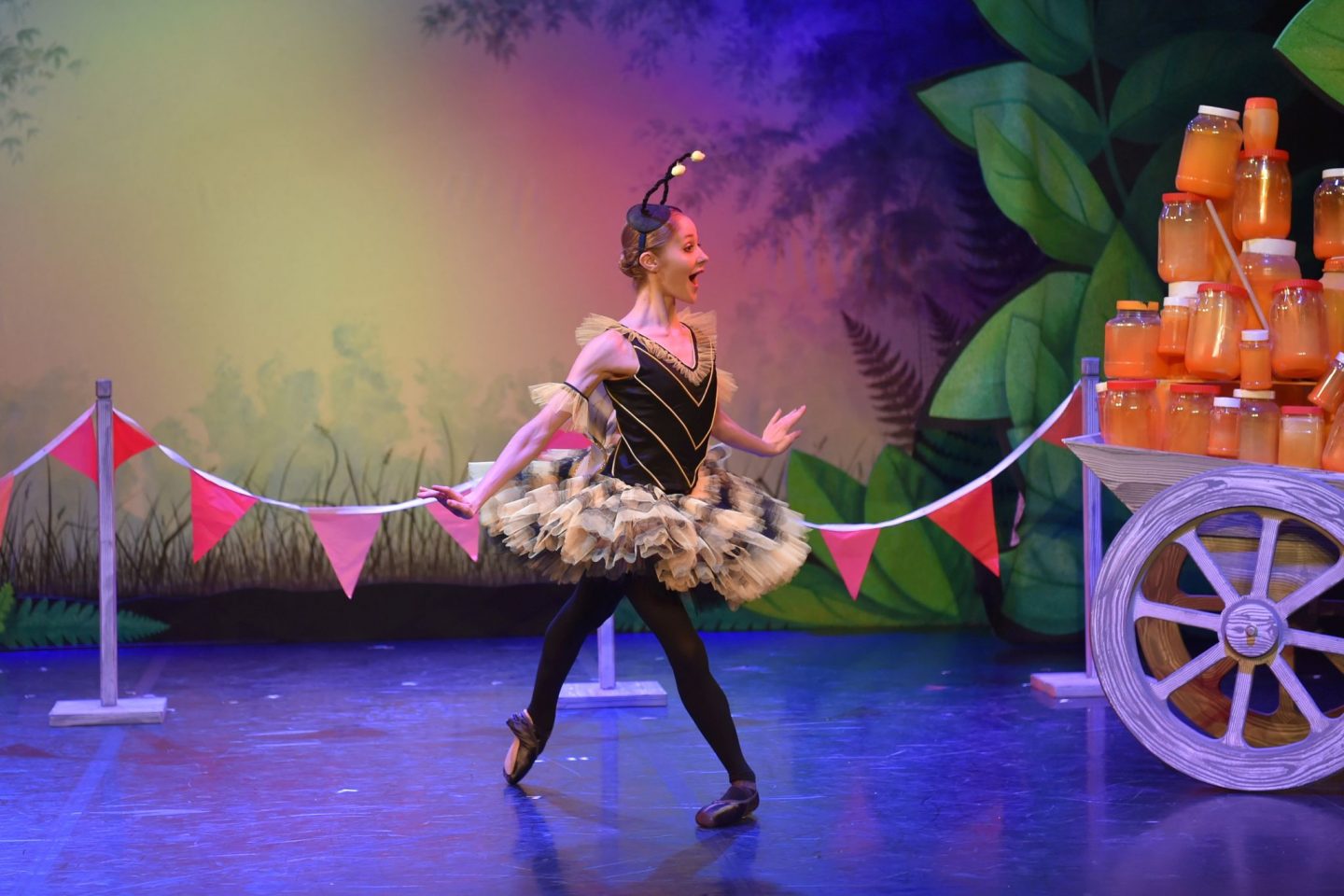 Northern Ballet are well known for making ballet accessible to all.  They began creating short ballets specifically for young children in 2013 and have since added to their repertoire which now includes six ballets based on well-known children’s fairy tales. Touring widely throughout the UK and featuring live music at every performance, the ballets provide a first experience of live theatre, dance and music for young families and have been seen live by a combined audience of over 212,000 people. In addition, all the children’s ballets have been adapted for TV following their premières amassing over 1M viewers. This first venture into cinema will enable more families than ever before to access Northern Ballet’s productions and provide an engaging introduction to both ballet and cinema.

We watched the preview and can see this would be a lovely family treat to watch in the cinema.  It’s delightful for story and ballet lovers alike.

Before the show began we watched a warm-up fun five minute animation, Jungle Beat.  Our episode featured an elephant trying his best to protect a dying flower.

Then the main show began in a format comfortingly familiar to many young children-  with a narrator and big book, The Tortoise and the Hare.  The story is told by BBC Star Anita Rani.  Having a recap of this familiar story makes it easier for children to understand and enjoy the story in the ballet.

Anita Rani then goes on to introduce us to the stars of the show, first Hare (Luke Francis) and then Tortoise (Gavin McCaig).  They each go on to give the audience a dance demo and encourage all of the children (and their mums and dads) to get up and have a go.  My kids loved this bit and I have to admit it was really fun too!

We were then then invited to get comfortable in our seats-  it was time for the main event, the ballet.  We settled down and watched the live show.  There are no words, the story is told through dance and enhanced with animation.  The ballet is set in a colourful woodland- I particularly liked the sunflowers during the Bumble Bee’s (Jenny Hackwell) dance.  The costumes are eye catching too.  We were captivated by Northern Ballet’s world-class dancers, from the cheer-leading bunnies (Jenny Hackwell and Natalia Kerner) to the bushy tailed squirrel (Archie Sullivan), not forgetting Tortoise’s friend Molly the Mole (Kaylee Marko) and the dancing butterfly (Natalia Kerner).  We cheered as Tortoise rolled over the finish line (incredible dancing throughout the show, especially while wearing a shell) but also commiserated as we see Hare dreaming he is running in his sleep (it reminded me of those mornings when I dream I’m up and getting ready only to find I’ve overslept!).  We witness a lesson in friendship as we see the Tortoise and the Hare shake hands and all the cast dance happily at the end to the uplifting music- a scene of pure joy!

I try and take the kids to see live ballet where we can, but it’s not always possible due to time, money and location so bringing this production to the cinema is a great idea.  Although some elements are lost from watching live, you also gain in other ways as you get to see close ups and different angles.  I wish this had been at the cinema when my children were younger, we definitely recommend!

Tortoise & the Hare will launch in cinemas on 26 January 2019 and Elves & the Shoemaker on 23 February 2019. To find your closest participating cinemas, find out more information and to book tickets visit bitesizedballets.com.

For a sneak peek take a look at the trailer below:

Many children will be inspired to take up ballet after watching these bite sized ballets (if they’re not already taking classes).  babyballet are working in partnership with CinEvents for these events and have a great offer for you.  Get  a 3 week trial for little ones across the UK for £15 when you quote “bitesizedballets”.

Tortoise & the Hare will launch in cinemas on 26 January 2019, Elves & the Shoemaker on 23 February 2019 and Three Little Pigs 23rd March with encores available in select locations. Tickets can be bought here:  bitesizedballets.com

Thanks to Northern Ballet and CinEvents for inviting us to preview this show.