Every parent knows the feeling of dread when they get an emergency phone call from the school.  As a mum of four children, one of whom has a serious heart condition, I do tend to get quite a lot of these calls.  In Danny’s case, due to his heart condition we’re often notified if he is tired, blue around the mouth (cyanosed) or if he has a cut or fall (as he’s on Warfarin so can bleed and bruise more easily).  Last term however, I received a phone call that I wasn’t expecting: 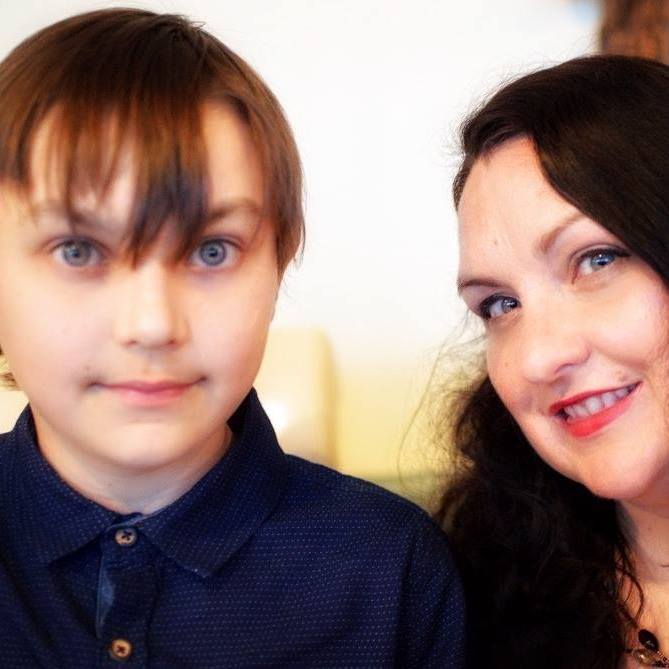 The First Aider informed me that a laser pen had been shone into Danny’s eyes resulting in blurred vision and a headache.  We needed to pick him up from school and get him seen to immediately.   Before I had finished the phone call I was out of the door and on my way.  Due to his care needs,  Danny has 24 hour access to our local Children’s Ward.  I rang ahead to A&E and also our family Opticians.  It was agreed that it would be better to take him straight to the opticians first as they could see him immediately, had access to his eye care records and they had everything needed to check his eyes and eyesight.  I felt so sorry for Danny.  He has enough health worries to deal with but has always had perfect eyesight (one less thing to worry about) so this seemed very unfair.

As we drove to the opticians  I asked Danny what had happened.  How had he managed to have a laser pen shone in his eye at school?  We’ve always stressed to him the importance of not taking dangerous items to school.  Danny told us that he just happened to be in a busy corridor.  A fellow pupil was messing around with a laser pen and accidentally shone it into Danny’s eyes when he looked around (not expecting to have to shield his eyes from laser damage in school).

At the opticians we were reassured.  It did not look like major damage had been done to Danny’s eyesight.  He now has eye check ups more frequently to look out for changes.  He went home and slept and eventually the blurriness and the headaches eased.  Danny was very lucky.  He could have had permanent, life-changing injuries to his eyes.

Shockingly, our optician told us that he is seeing an increasing number of people, usually children and teens, after laser pen accidents.  The Opthamologist surveyed 153 ophthalmologists and found that 54 had seen at least one patient with a macular injury secondary to a laser device, and shockingly, the vast majority of these were children under the age of 10.

The RoSPA are currently running a campaign to highlight the dangers of laser pens and pointers  as many of these accidents can be easily prevented.

Should I buy my Child a Laser Pen?

Laser pens are now cheap and more accessible.  When Danny was younger he was always asking for a laser pen (due to certain science fiction characters).  However, it’s important that we remember that laser pens are not toys.  They do have uses in the work place, education and for presentation but should not be for children’s use.  If you require a laser pen or pointer for work don’t buy one from abroad or on the streets as it may not comply with UK safety standards.  Tests have also shown that laser pens can be 40 to 80 times stronger than stated.

How to Use a Laser Pen Safely

Only use a laser pen or pointer for it’s intended purpose.  Never shine a laser into any person or animals eyes.  Never point laser devices at vehicles or air traffic (this is now a criminal offence).  Teach children about the dangers of laser pens. 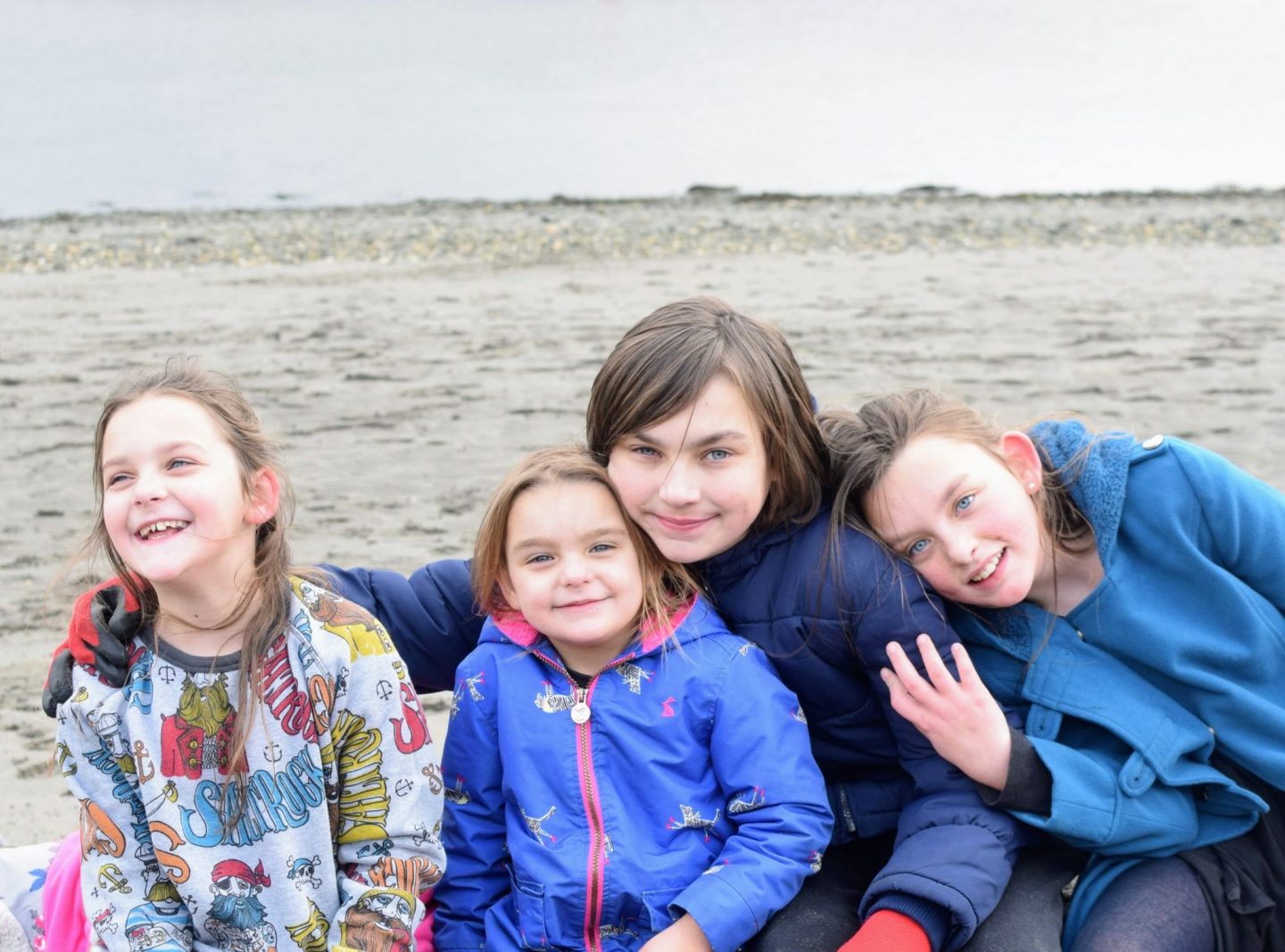 Danny’s experience with a laser pen was a worrying time for us.  Our eyesight is such a precious gift, it’s not worth damaging this for the sake of a laser pen.  I really hope that parents will reconsider buying their children laser devices and remind children these items should not be bought  into schools.

For more information on the dangers of laser pens visit the RoSPA website here. 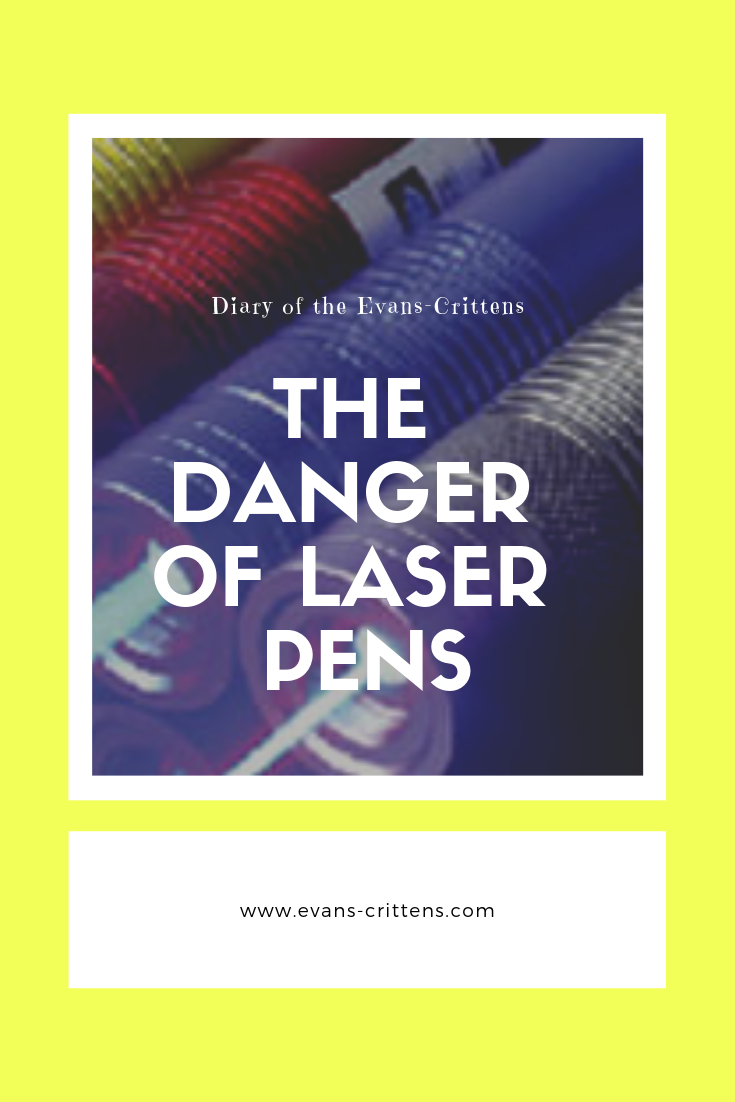