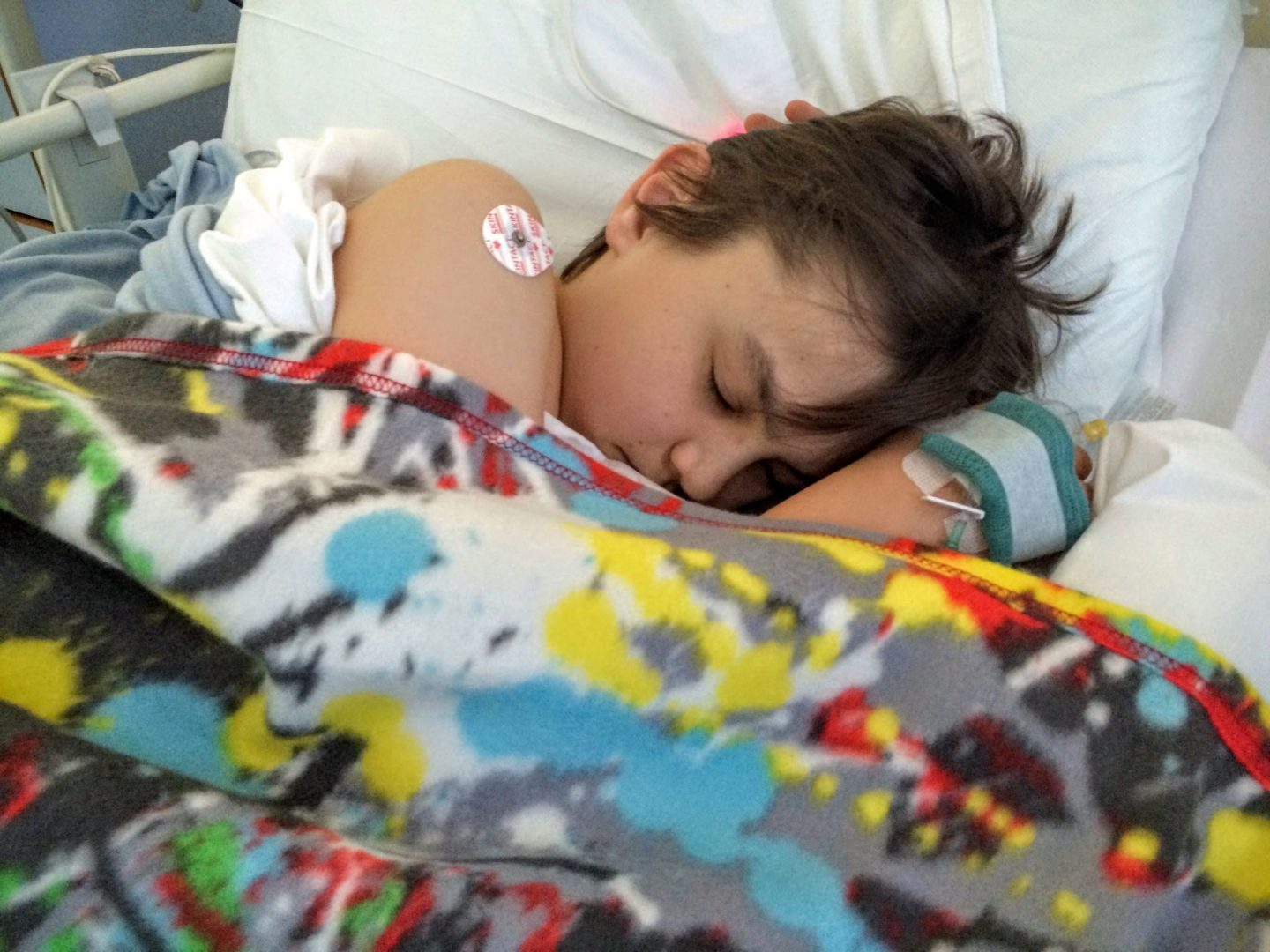 I often get asked  questions about what it’s like caring for our eldest son Danny, who was born with a complex congenital heart condition, Hypoplastic Left Heart Syndrome (half a heart).   I’ve talked about his dramatic birth and heart operations over the years but haven’t really touched on every day life before.  Everyone’s situation in life is different and as soon as I became a parent, I also became a heart parent so I don’t really know any other way.  Our life is the only norm for me.  So here I’ll share with you just a few things about my experiences of caring for our child who just happens to have a heart condition:

Speaking about questions, sometimes trying to answer them is one of the hard parts of day to day life.  Well meaning people often ask if Danny is okay now, is his heart fixed?  Hypoplastic Left Heart Syndrome is a condition that is incompatible with life.  Surgeons can re-plumb the heart to keep the patient alive but they can never “fix it”.  It’s such a hard question to answer and we can never look too far ahead, just take things day by day, but no his heart is not fixed.  It’s working twice as hard as a normal heart and we constantly monitor Danny for signs of heart failure.  Some patients go on to have a pacemaker or go on to have heart transplant (we know of other children and young adults currently on the waiting list and it’s a very difficult situation to be in.).  The girls are often quite blunt as children can be and ask if their brother is going to die.  We can only be honest and tell them that yes, everyone is going to eventually die but none of know when our time will be, therefore it’s important that we love each other as much as we can in this life and make the most of the time we have (they still fight and argue like normal siblings though!).

Over the years Danny has been on a lot of different medications.  This used to mean regular deliveries of syringes and special liquid  medicines that we needed to keep in the fridge (therefore we always used to bring a mini fridge with us everywhere we travelled not for drinks but for his live saving drugs).

Now, Danny is usually only on three different medicine that he just takes once a day in tablet form so it’s a lot easier.  However because he’s 15, it’s important that he takes his medication on his own and records this.  However, he’s a teen with gaming on his brain so it can be harder to keep him focused and making sure he’s taking his medicine than it used to be to give it to a baby and toddler ourselves!   The constant reminding (and shouting to be heard through his headphones) can be exhausting.   I’m sure he’ll get there in the end!

One of the medications he takes is Warfarin, an anticoagulant.  This can affect his day to day life.  He’s advised not to play contact sports etc.  However, Danny’s never allowed us to wrap him up on cotton wool.  He has to be careful as he can bleed and bruise easily.  However, this rarely stops Danny and he loves to climb trees and explore the beach and woods as his friends do.  He does get frustrated that he’s not allowed to paintball though but we do take him laser shooting instead.

Danny has always struggled with school.  I think the after effects of traumatic surgery at such a young age (he had surgeries at a few days old, four months old and four years old) are more noticeable later on.  He also has time off school as he has lots of hospital appointments.  Sometimes he can be seen seven miles away at our local hospital, other times we have to travel to Cardiff and we go to Birmingham Children’s Hospital for Cardiac Catheters and surgery.  As Danny is on anti coagulants he has to regularly test his INR (clotting ratio) and when this is out of range he needs to stay off school (and have a “cotton wool day”) as any bumps would be very dangerous.  Danny also has less energy than heart healthy people.  Therefore sometimes he needs to stay off school because he is tired.  School have said that “being tired” is not a good enough excuse to stay off school, but it’s not like being tired just because he stayed up too late.  He gets cardiac fatigue, is blue and doesn’t have the energy to get up from bed.  We have to let him rest, feed him and build up his spoons of energy again.  Often if he exerts himself one day then the next day is when he’ll feel the tiredness most.  When he gets this tired, he gets very moody and angry too.  After he’s slept and eaten he comes and hugs us and says sorry as he really doesn’t mean it at the time.  This breaks my heart.  I wish educational establishments could be more supportive when it comes to children with chronic health conditions.  My heart healthy girls go into school easily and are regularly awarded and commended for their “100% Attendance”.  Danny makes much more of an effort to aim for say “80%” attendance and gets punished for this when he’s working harder.  He’s never during his school life ever been praised for this, even when he’s returned from operations and really struggled.  I think there should be a reward for effort in attendance as well as high percentages.  When Danny had his last operation his attendance naturally fell “too low” as he was in Birmingham.  Once home, he had some time off and then a phased return that we organised with the school.  This meant due to “procedure” we had to meet with the school attendance officer (a police officer).  Of course she was supportive but this protocol does make parents feel like  criminals and add extra worry after troubling family times.  He’s also had to miss out on reward trips for attendance too.  He’s never in his life “mitched” off school so it seems to me this is punishment for his health condition, which is very unfair.

We meet up with other heart families and so far every other heart child we’ve came across has been allowed to cut down on their GCSE subjects to allow them to concentrate on the ones they need.  We asked for this for Danny but he’s still being entered into all of them which is a struggle.  I’m just counting down the months until he leaves school and hope college can be more supportive.

When you find our that your newborn baby has a heart condition you just want to do anything you can to keep them alive.  You don’t think ahead to the teen and adult years as they’re not promised to you.  Every day you’re grateful for one more day.  However, anyone who’s parented a teen knows that they’re a different sort of hard work to bringing up babies.  It’s far more emotionally draining.  When teens live with a serious illness they want to take control over it as for them the unknown is so scary.  It’s so hard to be told that we shouldn’t have put him through the surgeries and I do feel so guilty that he can’t always live the life he wants to live.  The happy moments within the teen years seem to be few and far between but when you catch a glimpse of them and that handsome smile, the hard times are all worth it.

As Danny grows older there are more unknowns to worry about.  He’s moving in adult adult care.  Once he’s sixteen he will need to ask if myself or Dave can attend his check ups (if he wants us to).   When he has overnight stays in hospital we will no longer sleep alongside him on a put me up bed.  He will transfer from Birmingham Children’s Hospital to adults services.  A new hospital, new doctors, nurses, no more XBox to play on to take his mind off the pain…  It will all be so new and different for us.  Of course I’m so grateful that we are lucky enough to be in this position to have seen our darling son grow up.  But the changes are scary too.  He will need to apply for PIPs and we’ve all heard the nightmares about that!  We’ve also been warned that he may no longer be able to  check his INR at home when he’s in adults services so we may need to take him to a blood clinic instead which seems unnecessary when we have our current home testing kit. 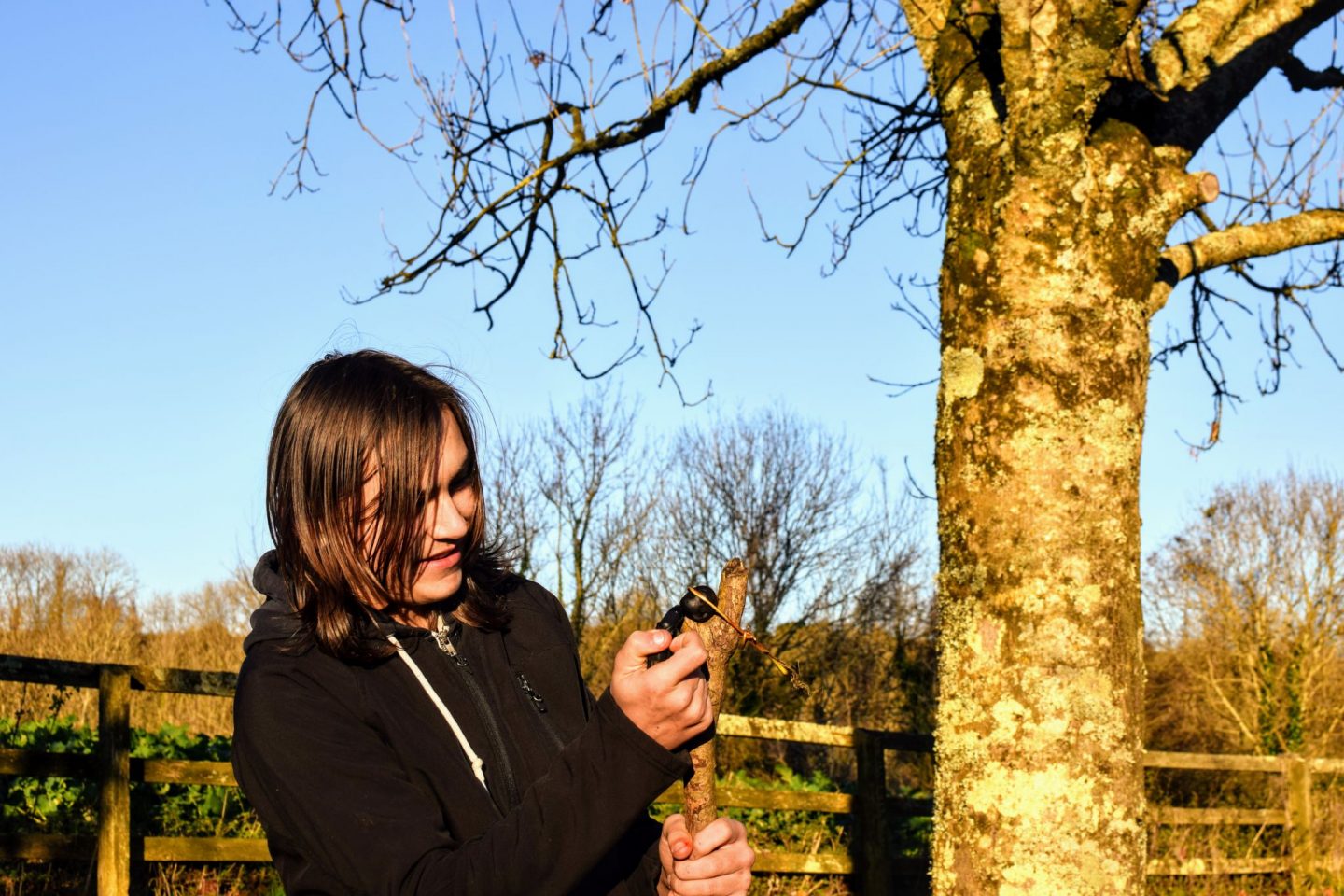 As I said earlier, we know how lucky we are to have Danny.  When he had his first operation at a few days old we knew that he could die during or after the operation but he would definitely die without it so it was a risk we felt we had to take.  Since then the operations have been so much scarier and harder as he’s our boy now and we never want to let him go.  No parent ever does.   On good days, Danny is amazing, he can walk, run and jump.  He is strong like his Dad and just an amazing young man (not that he believes me when I tell him that).  But that all wears him out so in the future we will have to look into aids to help him save his energy for those days that follow the good ones.  Whether we need to look at wheelchairs (he had a Major Buggy before his last operation) or Millercare Stairlifts, any way to save his energy will help him have more power for his priorities, such as college work and having fun with friends.

He has always wanted to go into the army and does get upset that he would not pass the medical.  However he’s currently looking forward to starting an engineering course and going on to have a job.  He’s always craved independence and it’s amazing to see him grow up and strive to achieve his dreams.    Nobody’s future is promised, we all have to make the most of the time we’ve got.

For more information on living with a single ventricle condition, such as Hypoplastic left Heart Syndrome, please visit www.lhm.org.uk .