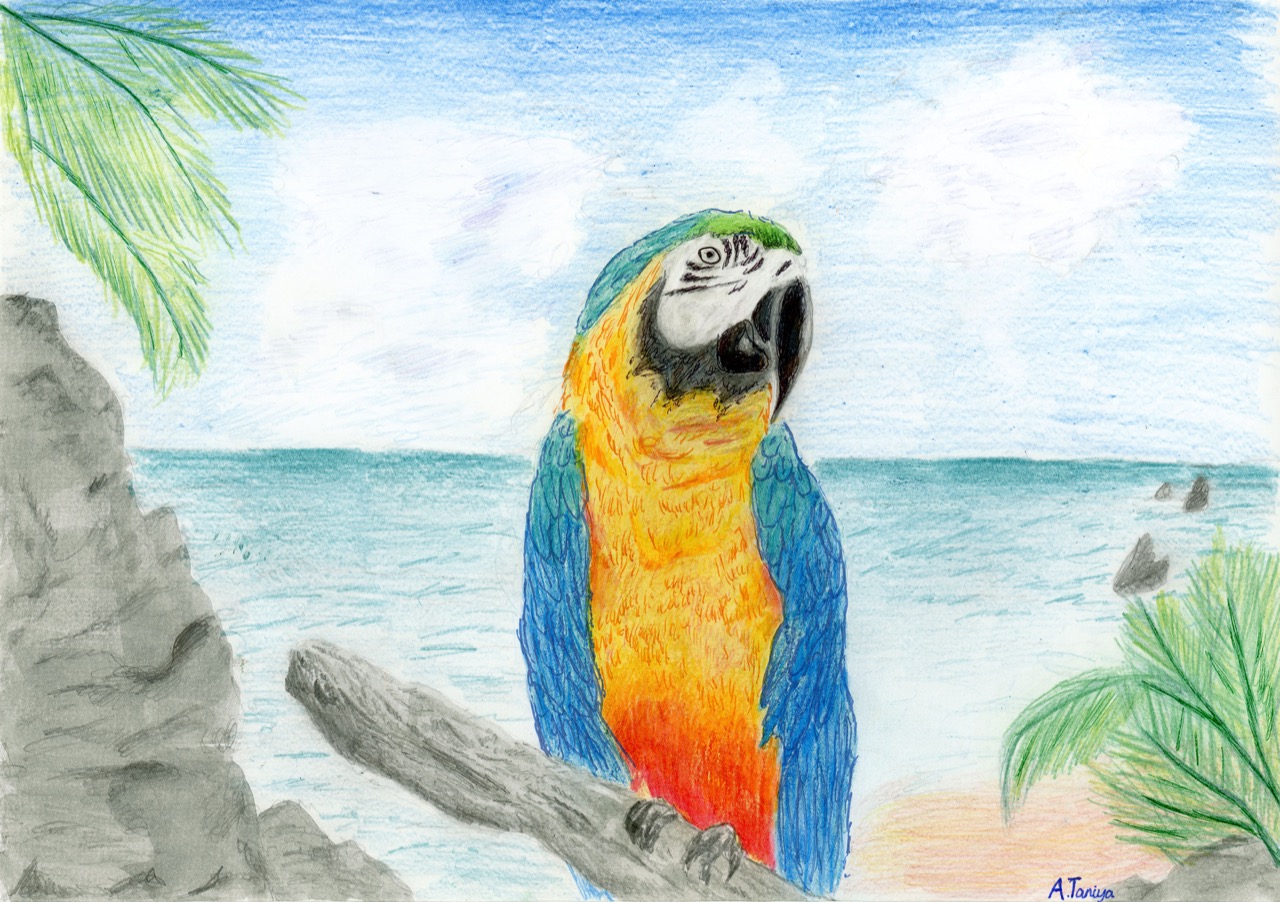 Following a public vote, eleven-year-old Ayesha Tania from Newport, has been announced as the winner of the BIC® KIDS Young Artist Award 2018, which was developed to celebrate and inspire creativity from 5-11-year-old children this summer.
After receiving nearly 1,000 entries from across the UK and Ireland, 14 regional winners were selected by a panel of experts to face off in a public vote between 27th August and 9th September. Parents and children then cast nearly 20,000 votes to crown Ayesha, the finalist who represented Wales, our overall winner. 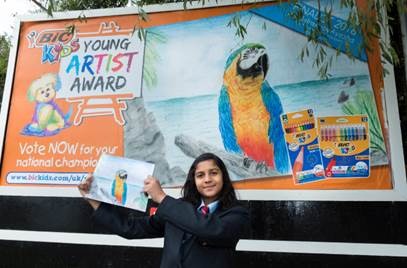 Finalists had their artwork displayed on billboards across the UK and Ireland throughout the voting period, and as the overall champion Ayesha’s artwork will be seen on a further selection of billboards from the end of September. She will also win a bespoke art party for her friends and family, courtesy of BIC®.
To be crowned nationwide champion, Ayesha entered an expertly crafted macaw pencil drawing. Ayesha’s success this year comes after the talented young artist was also announced as one of the 2017 winners.
Illustrator Phil Corbett, who sat on the judging panel for this the competition, said: “We’re thrilled to announce Ayesha as the 2018 winner of the BIC® KIDS Young Artist Award. Her macaw drawing is technically outstanding. The bird itself is so vibrant and realistic but the background is also extremely well put together. The fact that Ayesha was also a winner last year shows that she really does have huge amounts of artistic skill.”
Rebecca Huda, BIC® UK and Ireland’s Product Manager – Stationery, said: “We were incredibly impressed by the quality of submissions received and diverse subject matters tackled by young artists from all across the country. It was immensely difficult for our panel of experts to whittle the artworks down to just 14 finalists in the first place, so to win the title of overall winner really is a huge accolade for Ayesha.
“We’d like to thank all of the participants and encourage everyone who entered to continue nurturing their artistic talent. We hope to see even more entries next year!”
Well done Ayesha!
Tweet
Pin
Share1
1 Shares