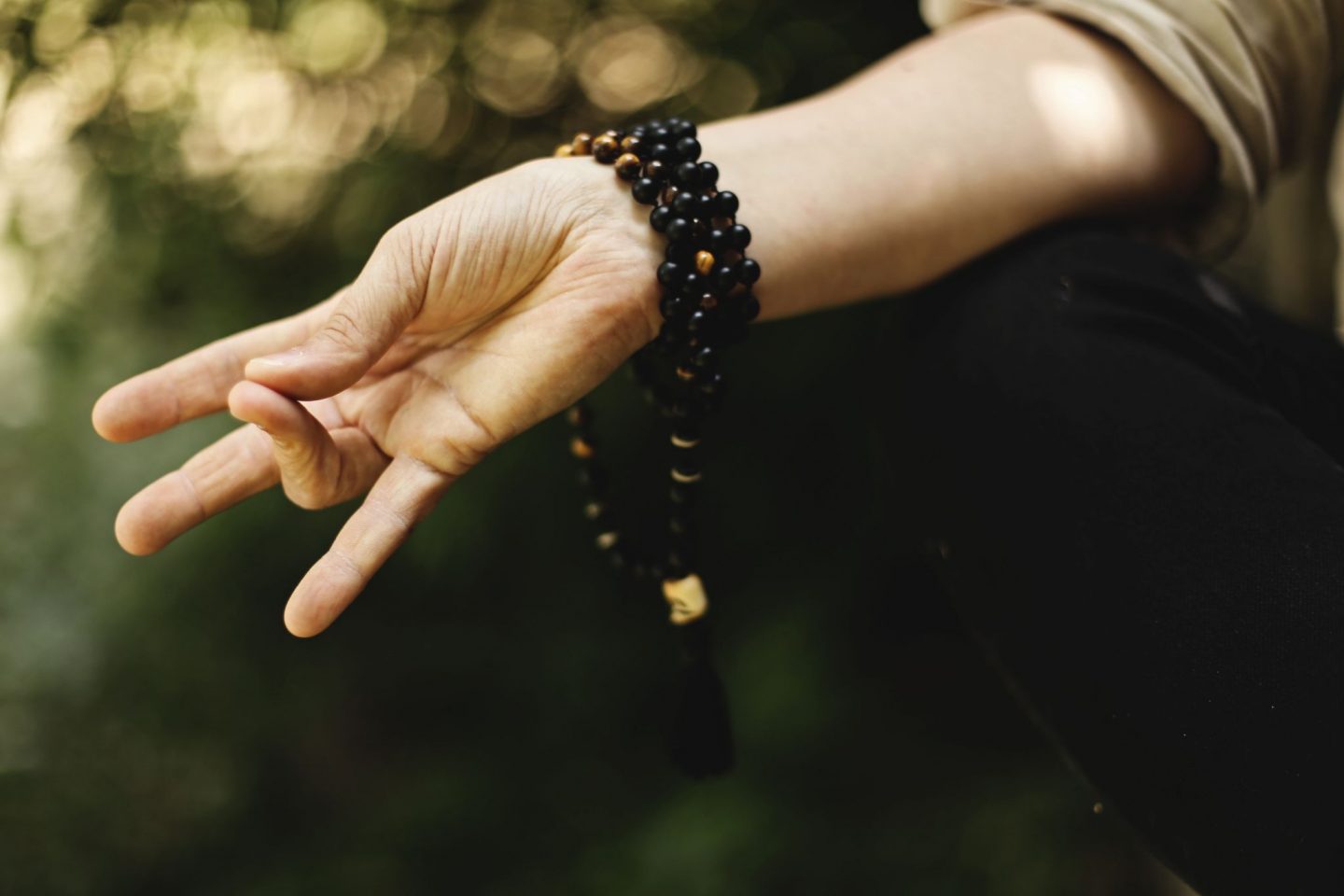 Bracelets have been with us for a very long time, becoming one of the most popular accessories in the world today. In fact, it’s estimated that they first started being worn for decoration and ritual purposes over seven thousand years ago, though we don’t have quite enough information to be sure. 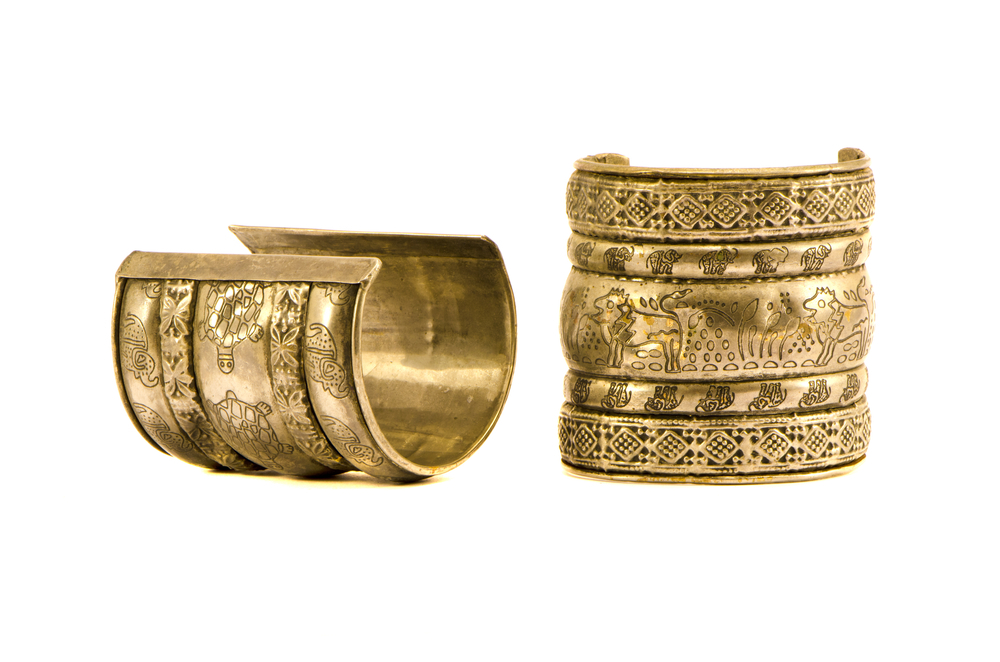 The History of Bracelets

On the other hand, there is much more evidence to support ancient Egyptian and Mesopotamian jewellery being a common feature of fashion at the time. In the case of the ancient Egyptians, both men and women adorned themselves with all sorts of different ornaments and trinkets particularly cuff bracelets and headdresses for special occasions. The use of vibrant and eye-catching colours dominated the style at the time in the form of precious gems and gold for the elite or simple coloured beads for the average individual.

As time moved on, bracelets, in particular, became increasingly popular due to the ease and simplicity of wearing them. For Roman and ancient Greek soldiers, wide leather cuffs became part of their dress uniform as well as an effective form of protection, whilst the ancient Chinese would engrave gold bracelets with images of nature, animals and fantastical creatures.

Moving even further forward, in the 17th Century, European women began to wear bracelets as a common fashion accessory in the form of ribbons and thin bangles. Then, in the 19th Century, new styles became prominent such as bracelet chains and charm bracelets.

By the 20th Century, bracelets had begun to be mass produced in countless varieties using every material humanity could get its hands on. By the 1970s women were continually varying their accessory choices, moving from wide cuff bracelets to thin bangles and back again, whilst men had started to wear gold and silver chains. 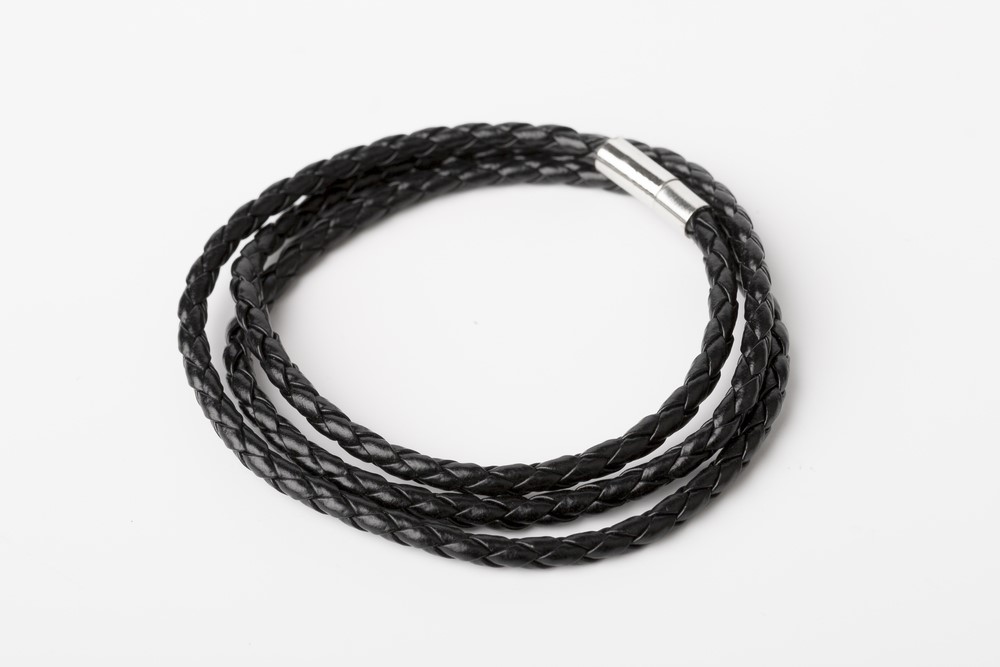 Today, bracelets are still widely worn in a similar way to the 1970s, though leather bracelets have become increasingly popular over the last 30 years. Styles have started to combine, with versatile sterling silver being utilized in leather bracelets for women. The world of jewellery is constantly shifting and changing, so we can get excited about the future!

With such variety on offer, it’s hard to know what style of bracelet is for you, so why not just get them all?

A very early bracelet style. There is a wide variety on the market and almost all are fairly inexpensive, perfect for if you want to stay flexible or don’t like the cold (and sometimes sweaty) experience of metal on skin.

As mentioned earlier, cuff bracelets were some of the earliest in history. They vary in thickness and are shaped in a ring with a third cut out to make them easy to put on and take off. Usually made of metal, cuff bracelets fit firmly on the wrist, limiting flexibility more than most other bracelet types. They look great combined with other bracelets or watches.

Another simple and very early style of bracelet, these consist of a simple ring made almost always of metal. They vary in thickness and are usually worn together with other bangles. The simplicity, variety and comfort of bangles have made them a versatile favourite throughout history that will suit both formal and casual looks.

Simple, low in price and natural in appearance, beaded bracelets are made up of stones, beads or dried nuts and legumes threaded onto a piece of elastic or twine. Simple to craft at home and varied in both application and appearance, these are great for use anywhere at any time.

Finally, over time charm have evolved to include ornaments based on anything imaginable. These are great for creating your own style and making a statement by featuring charms centred on the things you love.

Bracelets are one of the most varied and exciting jewellery types for those who love to experiment and create new looks. Whatever outfit you’re putting together, there’s a bracelet that will complement it.

Do you wear bracelets?  What’s your favourite style?