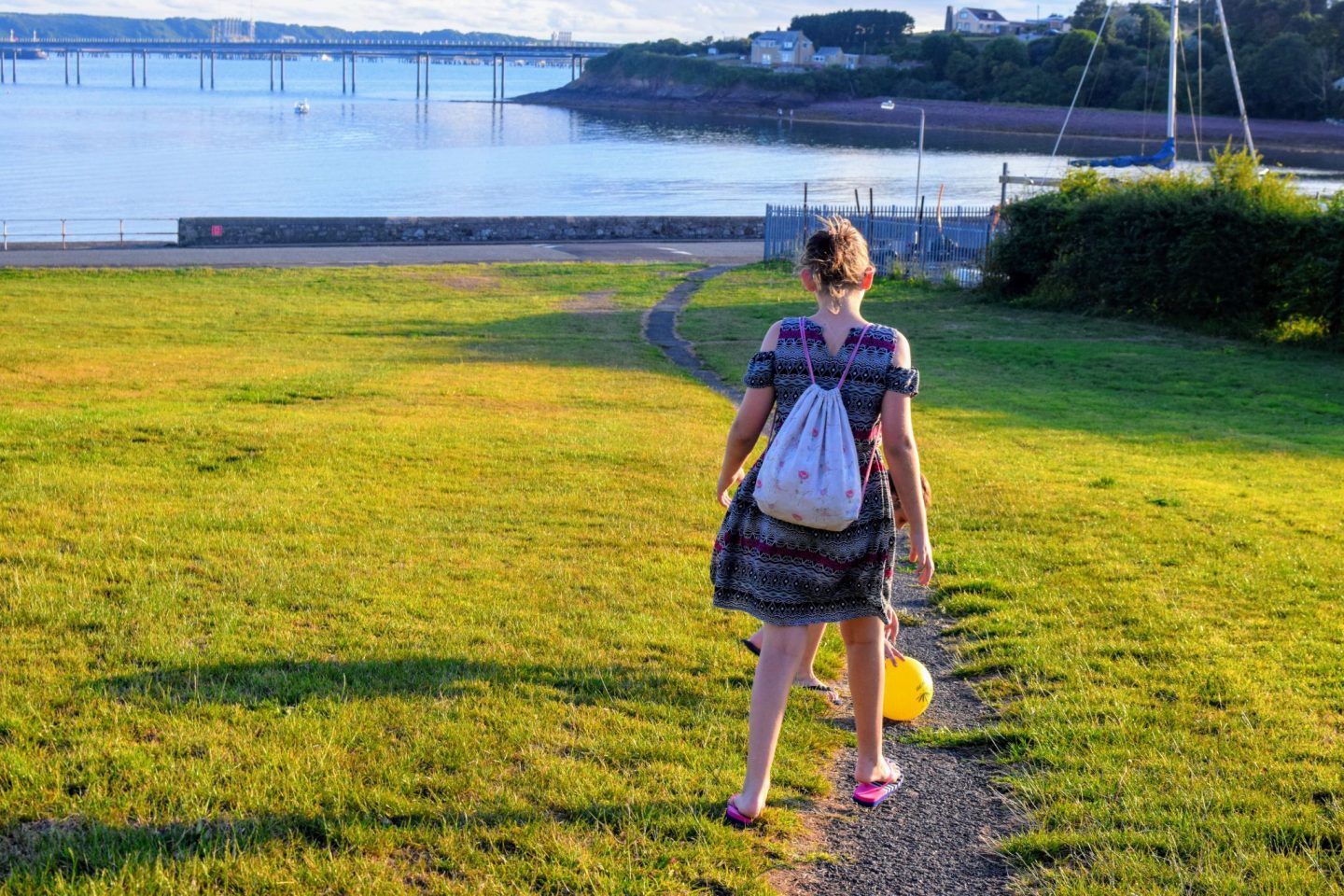 I mentioned in Rebecca’s Leaver’s Gala post that the girls’ school was breaking up a bit later this year.  I’m so glad that our summer holidays can now begin!  In the words of C.S. Lewis “The term is over: the holidays have begun.”  We’re off on our family holiday to France next week followed by a UK mini break after that so I haven’t made many local plans yet (usually planning our  Pembrokeshire days out is one of my favourite things to do  at the start of the holiday).  We’re just trying to prepare for going away, get sorted and fit in some fun to every day.  Here’s what we got up to during our first evening: 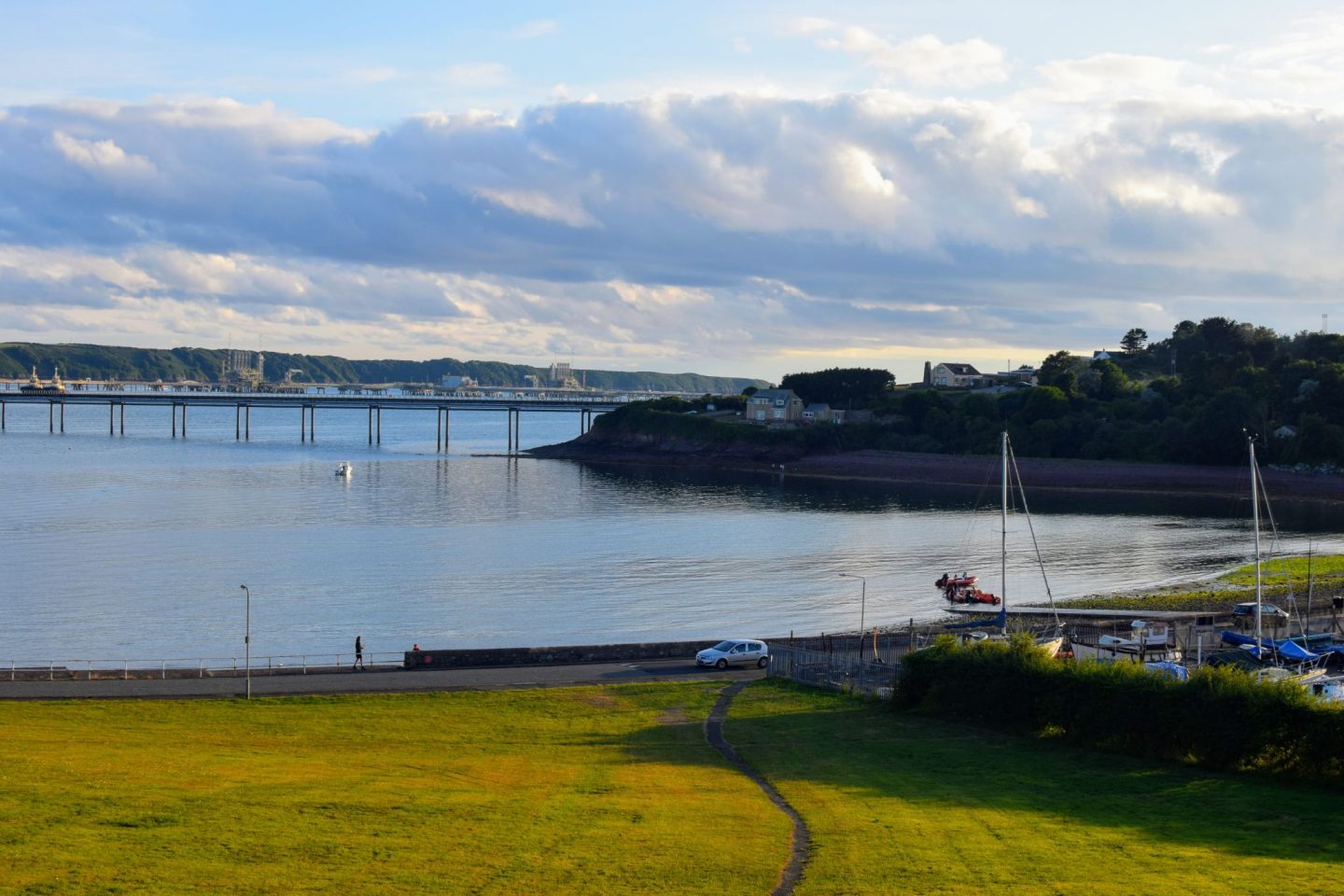 The day the kids broke up I wanted to have a fun evening out to celebrate the start of the holidays.  The kids had other ideas.  They were wound up after a busy day and therefore wanted to chill.  They asked could we have pizza takeaway at home instead of chips on the beach.  As it was meant to be a treat for them I agreed.  So we ordered pizza and watched a film.

As we were snuggled up I received a message – our family, visiting from away,  were down on the local beach.  I told the kids and they jumped up and asked could we go down to see them.  I was delighted that we were finally getting to go out and enjoy the first free evening (with no worry of an early morning school get up the next day!).  The kids quickly put on their swimsuits, packed a towel and bottle of water and we were off down the hill  (it’s amazing how much more quickly they get ready when they actually want to go somewhere!). 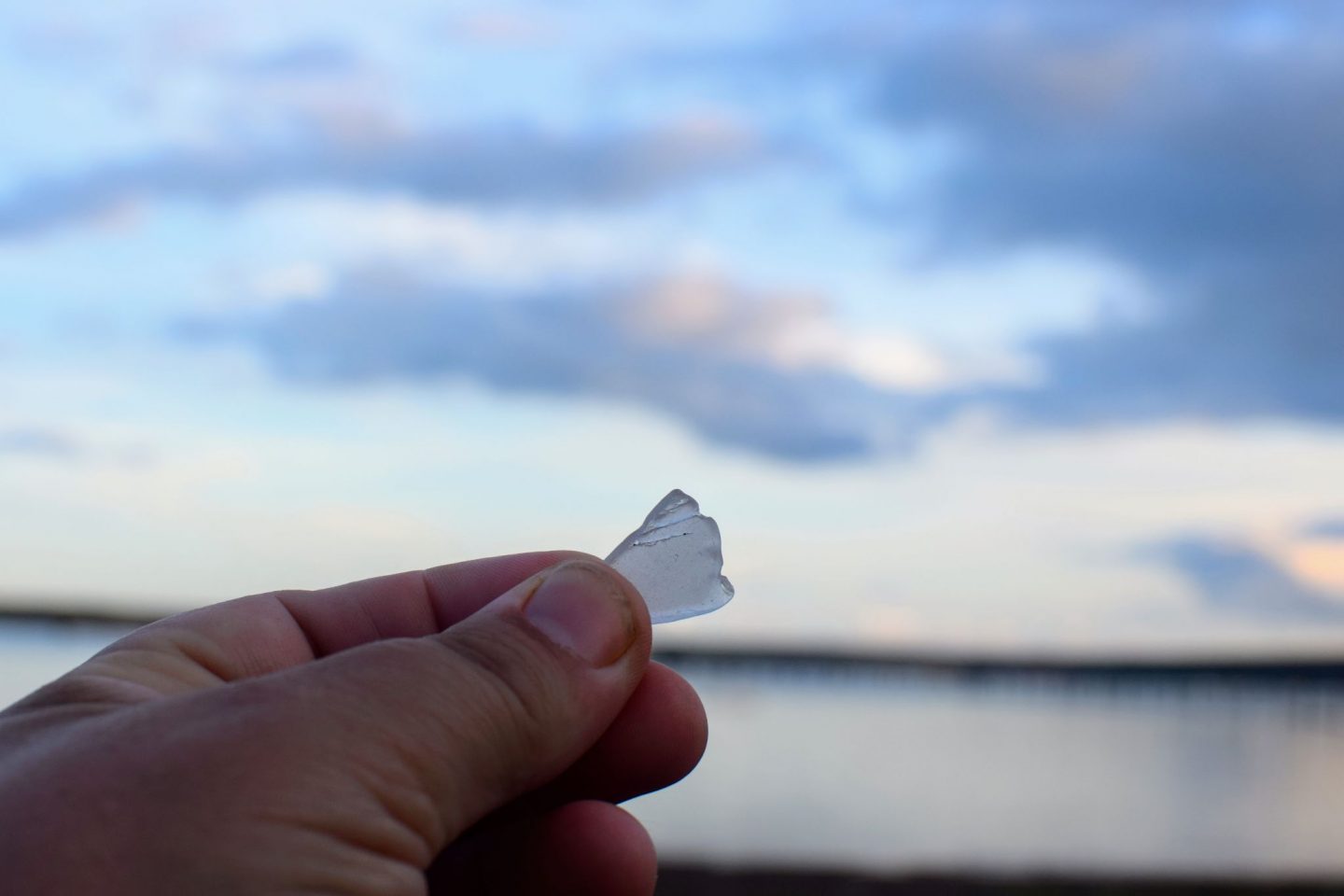 We sat on the beach and chatted.  The kids were happy to amuse themselves so I didn’t take many photos- instead I enjoyed the adult company and peace while I could!  Izzy collected pretty shells and beach glass. 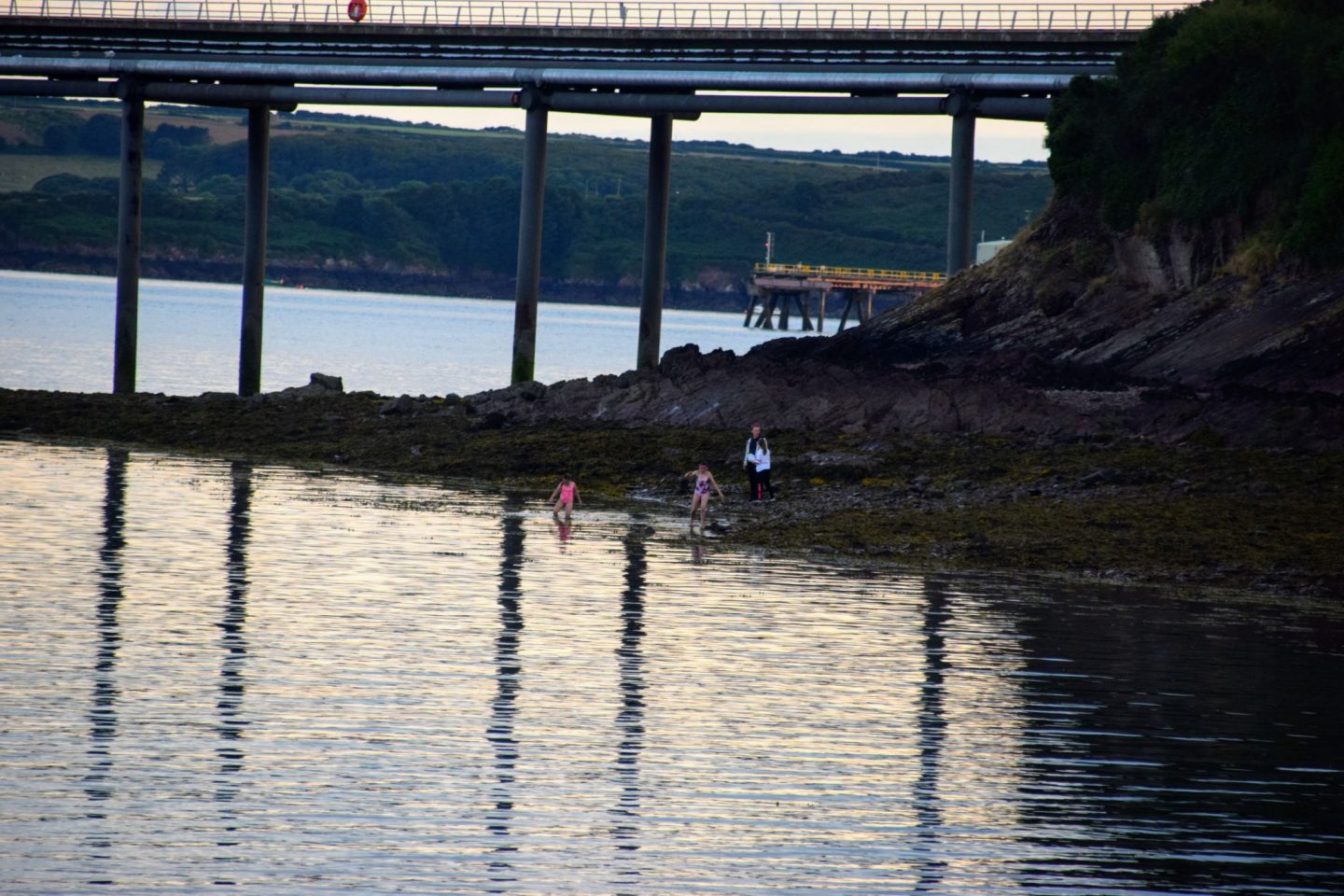 Danny and his cousin both have sisters so they were happy to have each other’s company for a few hours.  Rebecca and Caitlyn were straight into the sea.  The weather was cooler than it has been recently, it even clouded over and rained for a while but the girls did not feel the cold. 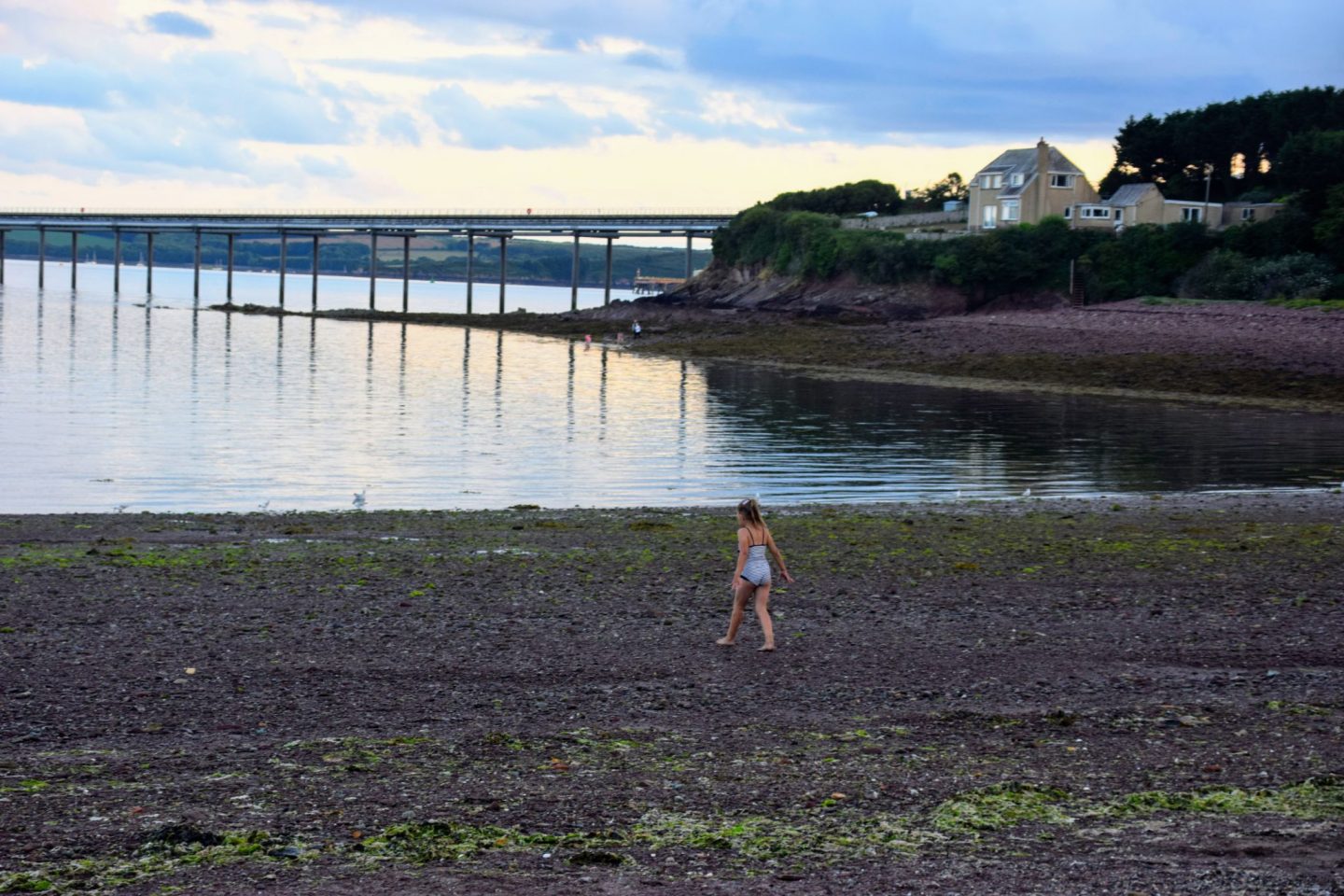 Izzy went in for a quick dip too! 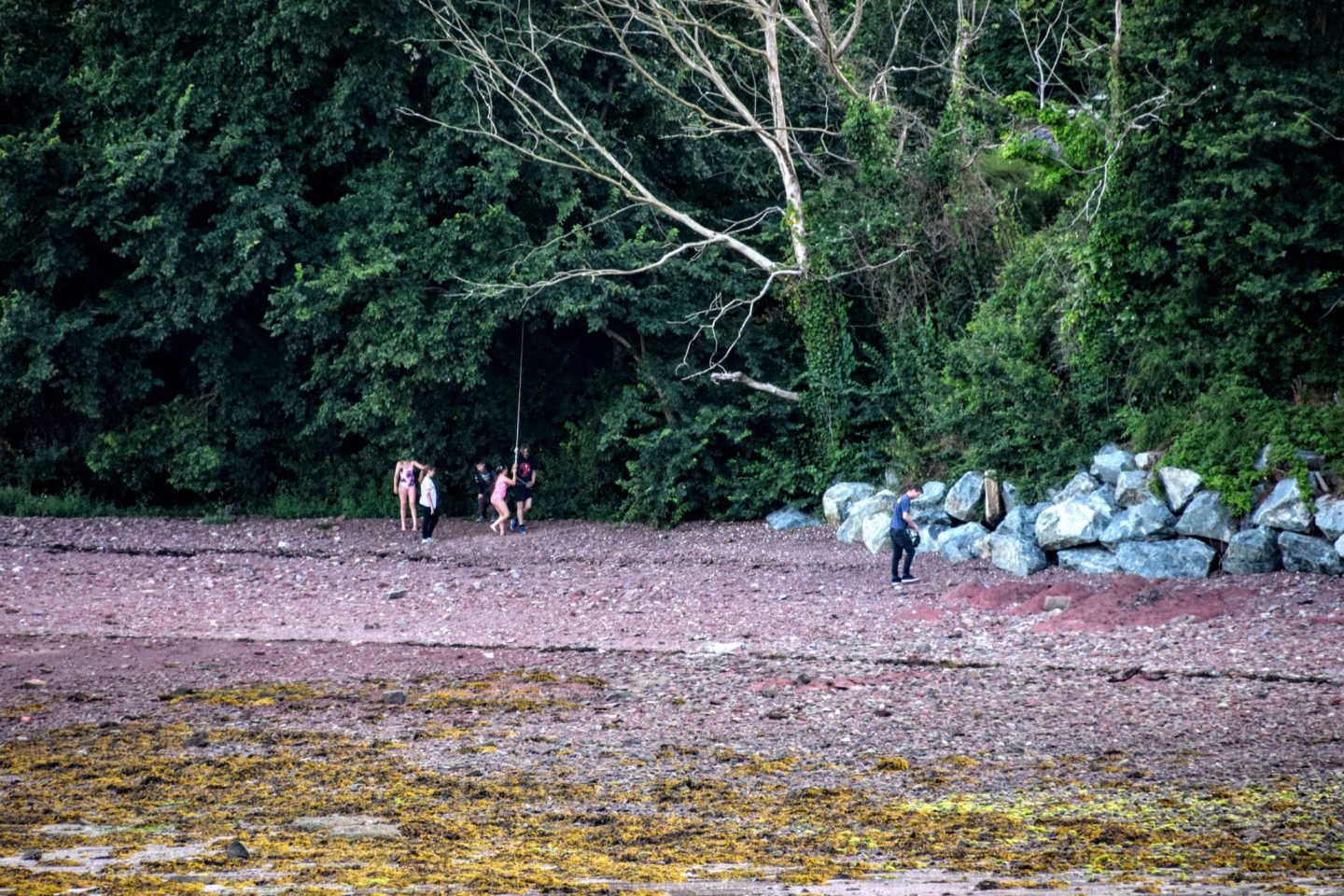 The kids all had fun on the tree swing.  Dave had been working late again as he will for all of the holidays.  So he met us straight on the beach. 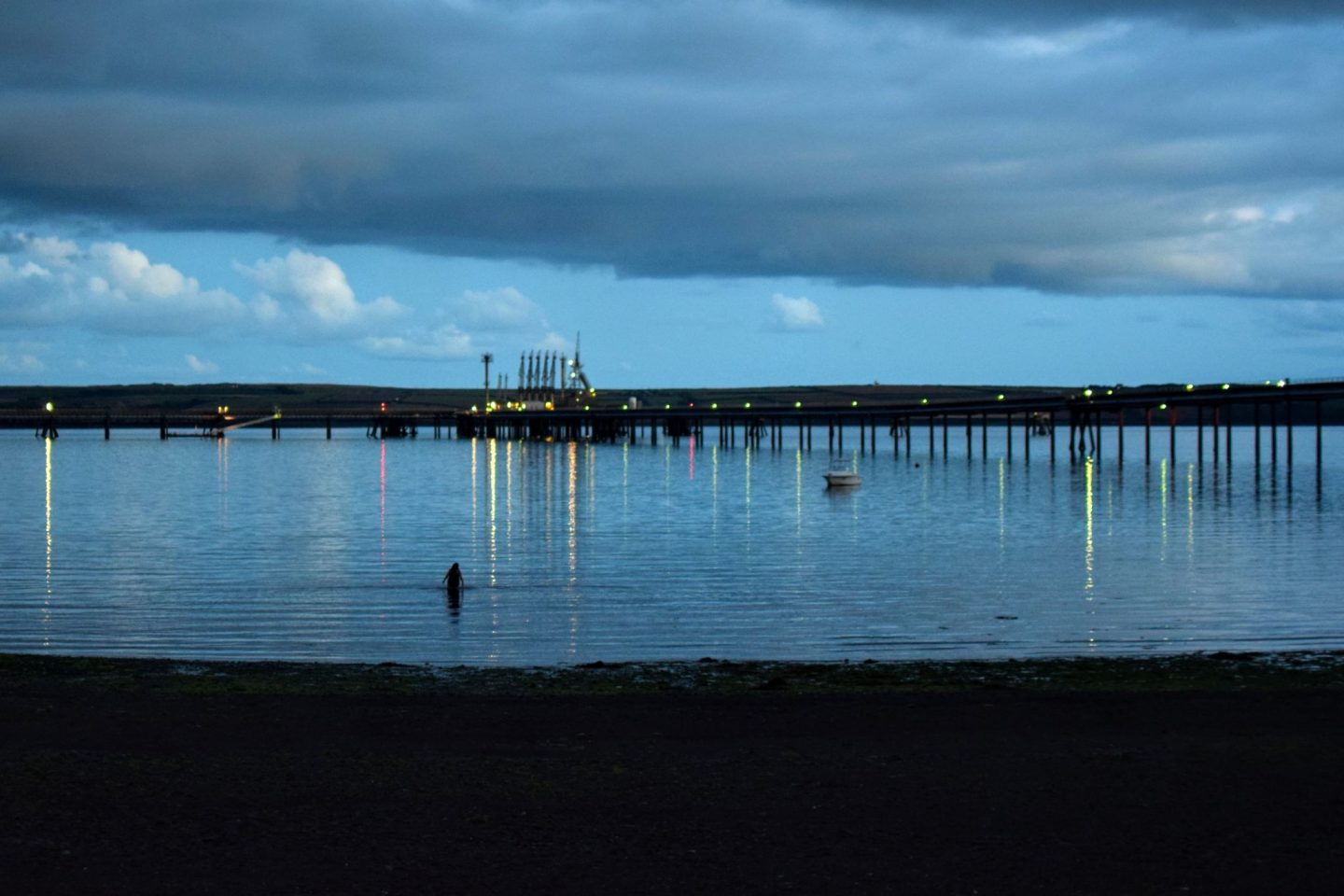 After seeing the kids enjoy the sea I couldn’t resist a dip too.  I wanted to swim but i would have had to go out really far to get to that depth and it felt wrong going so far away from Dave and the kids in the dark so I just enjoyed being in the sea under the light of the moon.  It wasn’t cold at all and was so calm.  I know if my sister had been there too it was the sort of sea that we’d have love to swim and chat in together. 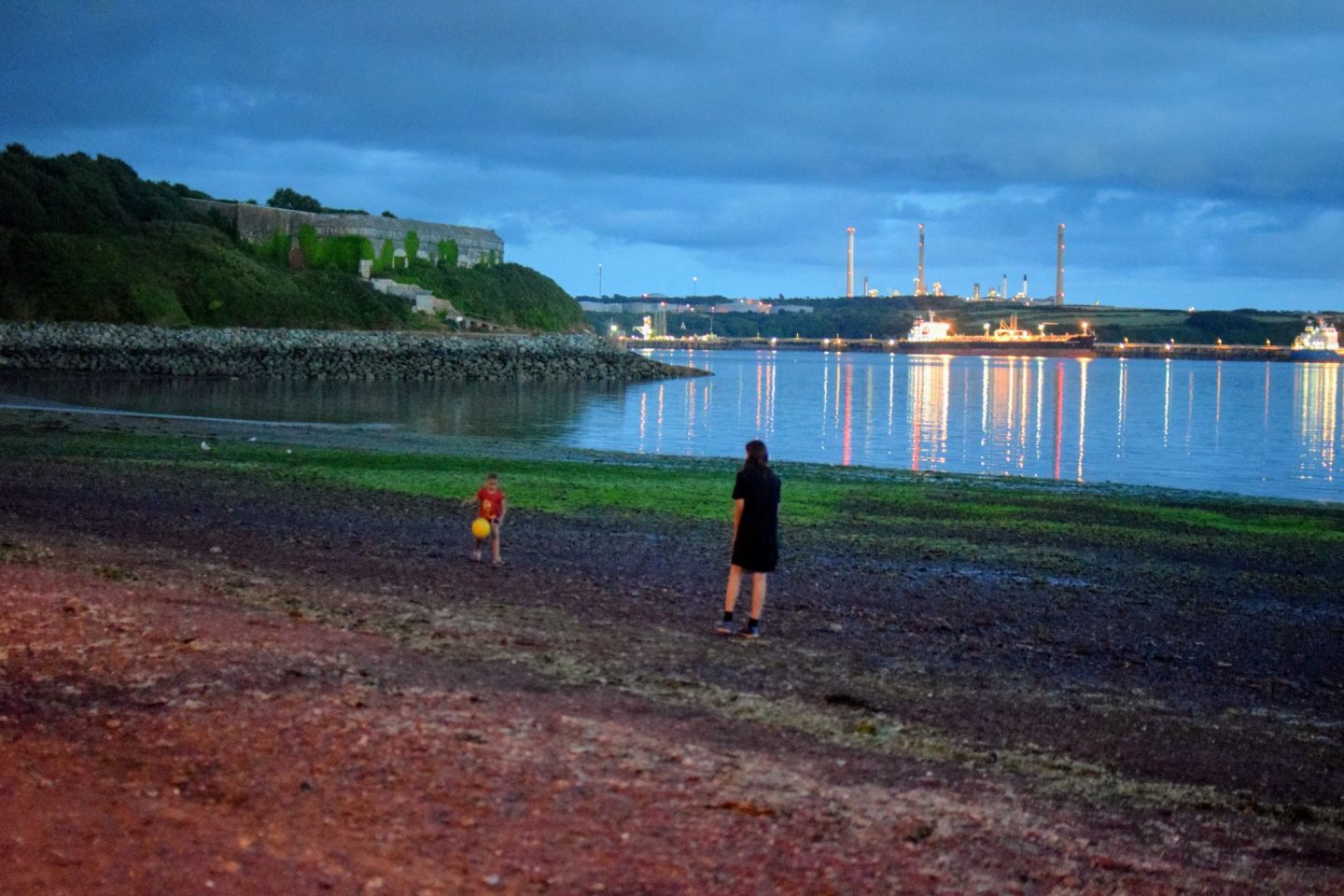 Dave and the kids were having a kick-about on the beach so I made my way out of the sea to join them.  I feel like in the last few weeks of term we’ve been stressed and falling out lots as  a family.  This simple kick-about on the beach felt like the most relaxed, happy fun we’ve had together in ages- I loved it.  It bought back memories of playing “catch” with a beach ball in the sea with my family when I was younger.  It was very dark by now- we had such a good view of the stars.  The kids had naturally worn themselves out so were happy to leave the beach and head home (up the lovely steep hill that somehow never gets any easier…).  Along the way the kids stopped to look at the stars.

Back at home the kids asked to watch the end of the film.  It was really late but I let them as a holiday treat.  After the film they all went off to bed happily and Dave and I had time together.

The summer holidays aren’t easy, especially for those in 9-5 jobs.  I work from home so know I’m lucky that I can look after the kids, but I still feel guilty when I have to be at the computer during the day and I’m tired when the only spare moment for me to work is 2 in the morning.  But I love the freedom of our evenings together.

Wishing you all a happy summer holidays!