I am so excited that This Is Us Season 2 is about to premiere in the UK.  Personally, I think it’s a shame that one of my favourite TV dramas has been overlooked by so many due to poor TV scheduling (I’m trying to convince all my friends and family to give it a go!).  If it had aired at 9 pm on Channel 4 and marketed well I’m sure that it would have been more popular (it is such good TV).

I came across it by accident late one night and found it difficult to find the episodes I had missed anywhere.   I ended up having to pay to watch the episodes I’d missed (which was worth it I admit!).  If you watched Season 1 and want to watch Series 2 then you can catch it on More4 9 pm from Wednesday 4th July.  If you are new to This Is Us but want to watch it I would record Season 2 so it’s ready for you to watch once you’ve caught up.  Read on to find out how you can watch This Is Us Series 1 in the UK:

Jack and his wife – who is very pregnant with triplets – have just moved into their new home in Pittsburgh. Successful and handsome television actor Kevin is growing increasingly bored with his bachelor lifestyle. Randall – who was abandoned at a fire station by his father as an infant – is a stylish New York-based businessman working to raise two daughters with his wife, Beth. These people are among a group, several of whom share a birthday, of seemingly random individuals whose lives intertwine in unexpected ways. 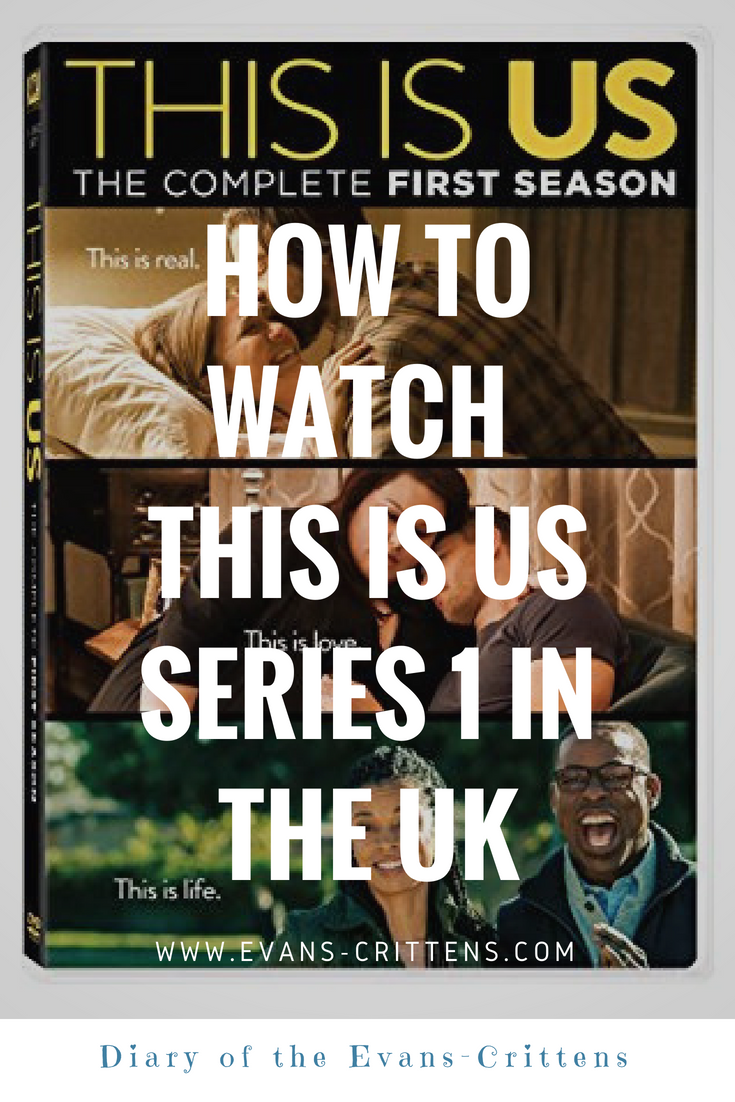 Watch This Is Us Season 1 on Channel 4 Demand

Channel 4 are currently airing This Is Us Season 1 On Demand.  Unfortunately, you can currently only watch from Episode 14.  I really think that they should have left the whole series available.  There is renewed excitement as Season 2 airs.

Watch Limited Episodes of Series 1 on Channel 4 On Demand Here.

Watch This Is Us Season 1 on Amazon Prime

I was determined to re-watch Season 1 before Season 2 aired.  Luckily I found that it’s now available on Amazon Prime.  If you’re already a member you can watch for free.  If not you could take out an Amazon Prime  30 Day Trial

for free and watch Season 1 during your sample period (remember to cancel your membership or you’ll be charged the annual fee of £79).

However, if you do decide to stay for the year there are other benefits available:

Alternatively, you can buy the whole series on Prime Video for £24.99 using the same link above.

Buy This Is Us Series 1 on DVD

If you have a birthday coming up or just want to treat yourself then you can buy the This Is Us Series 1 DVD for £14.99.

All 18 episodes from the first season of the American comedy drama starring Justin Hartley, Chrissy Metz and Sterling K. Brown. The story follows siblings Kevin, Kate and Randall (Hartley, Metz and Brown) as they reach their 36th birthday at very different places in their lives. The episodes are: ‘Pilot’, ‘The Big Three’, ‘Kyle’, ‘The Pool’, ‘The Game Plan’, ‘Career Days’, ‘The Best Washing Machine in the World’, ‘Pilgrim Rick’, ‘The Trip’, ‘Last Christmas’, ‘The Right Thing to Do’, ‘The Big Day’, ‘Three Sentences’, ‘I Call Marriage’, ‘Jack Pearson’s Son’, ‘Memphis’, ‘What Now?’ and ‘Moonshadow’.

Listen to the This is Us Soundtrack

For dedicated fans of the show, there is also a soundtrack available.  It features favourite tunes from the series such as Blues Run The Game (“Catch a boat to England, Baby…”).

This Is Us (Music from the Series), a companion to the show America loves, is available September 15 via UMe. With instantly recognizable hits and classics, an original song, and a compelling score, the soundtrack features 20 songs curated by Dan Fogelman and his team, music supervisor Jennifer Pyken, and composer/musician Siddhartha Khosla. Each musical element is carefully woven throughout the series, with the songs clearly defining a moment or serving as a gentle guide through the complex emotional journey.

The Soundtrack is available free for Amazon Music Customers.  There is currently a special offer to Go Unlimited:  Get 4 Months for £0.99 (then £7.99 a month).  Join Amazon Music

Did you watch This Is Us Series 1?  Will you be watching Series 2?  I’m off to catch up on Episode 1 now- enjoy!