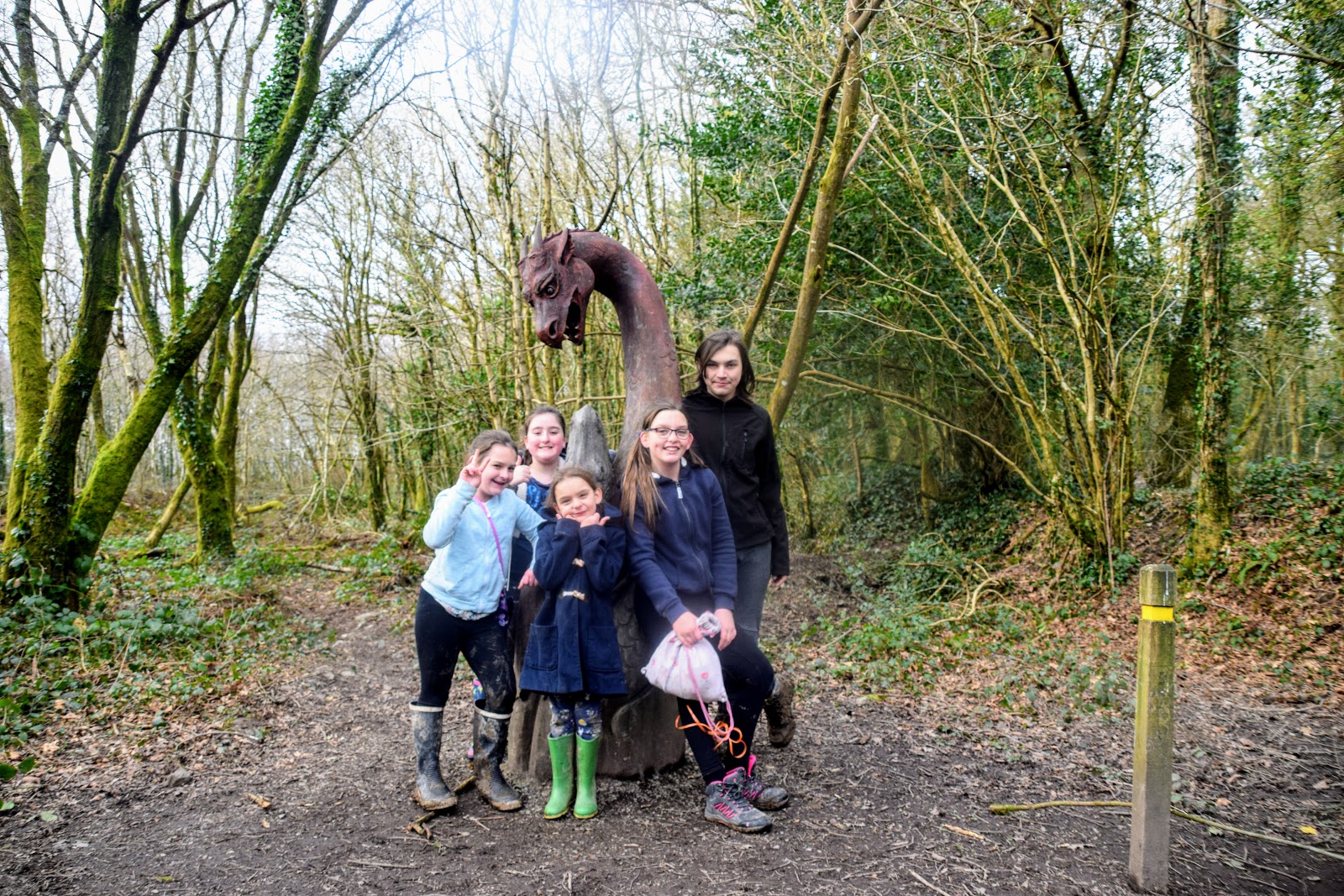 Okay I know I always say this but my my February has flown by!  So what have we been up to this month?  My main thoughts are that there has  been a lot of illness and it’s been very cold but I’m sure there have been good parts too!  Let’s take a look: 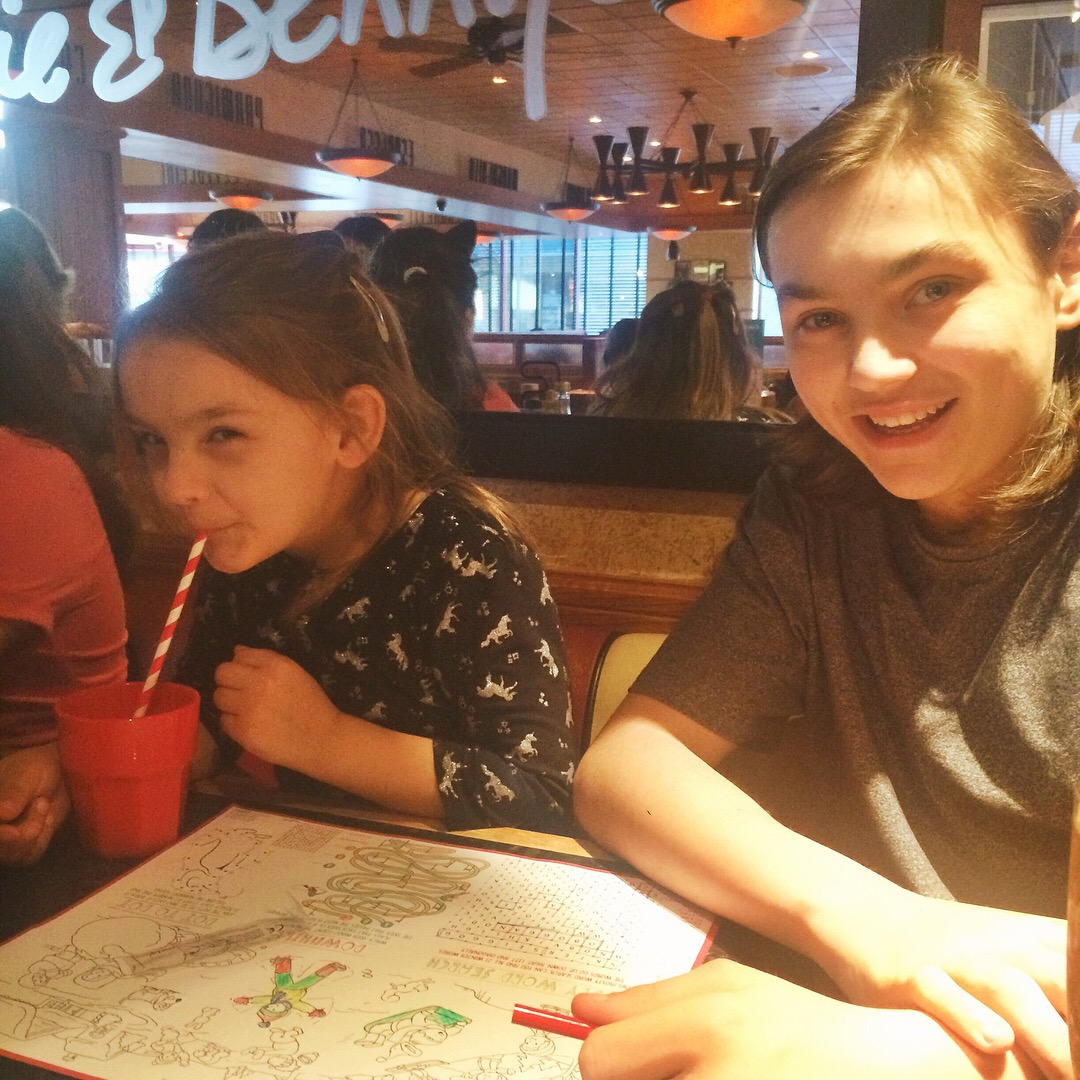 We began the month by a visit to Vue Carmarthen to watch The Greatest Showman.  We loved the film and haven’t stopped listening to the soundtrack at home and in the car yet.  The girls are often to be found recreating the dances and moaning if one of them makes the wrong moves which instantly brings me back to my childhood bickering over song lyrics (until the words were finally printed in Smash Hits weeks later- the Google generation will never know our struggle!).


We also went for food at Frankie & Bennies, which the kids love.  Sadly I find unless you want pasta it’s not great for vegan options.  Rebecca did like the kids veggie wraps but they’re not on the current menu and every time we ask for a pizza without cheese it comes with cheese.  To their credit they do apologise and change it but it means Rebecca is always last to eat bless her.  I was feeling really ill and quite miserable (sending apologies to my family!) on this particular day so couldn’t face the pasta as it’s quite spicy so I just ordered some sides.


If you haven’t seen The Greatest Showman yet do!  See the main show first then the singalong- it’s amazing! 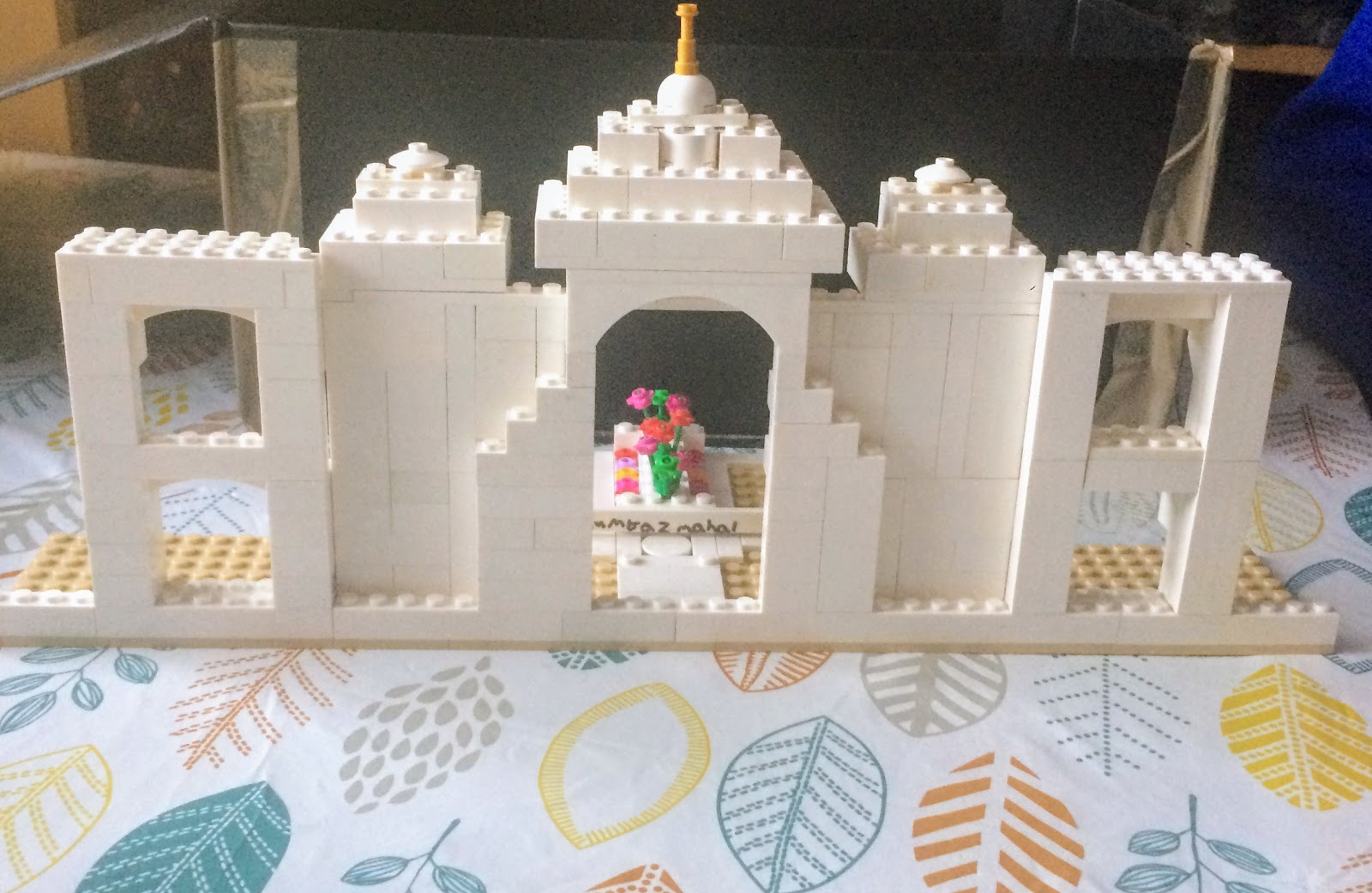 The kids always ask me to share their LEGO creations and I often forget!  So here is Rebecca’s Taj Mahal that she made in early Feb. 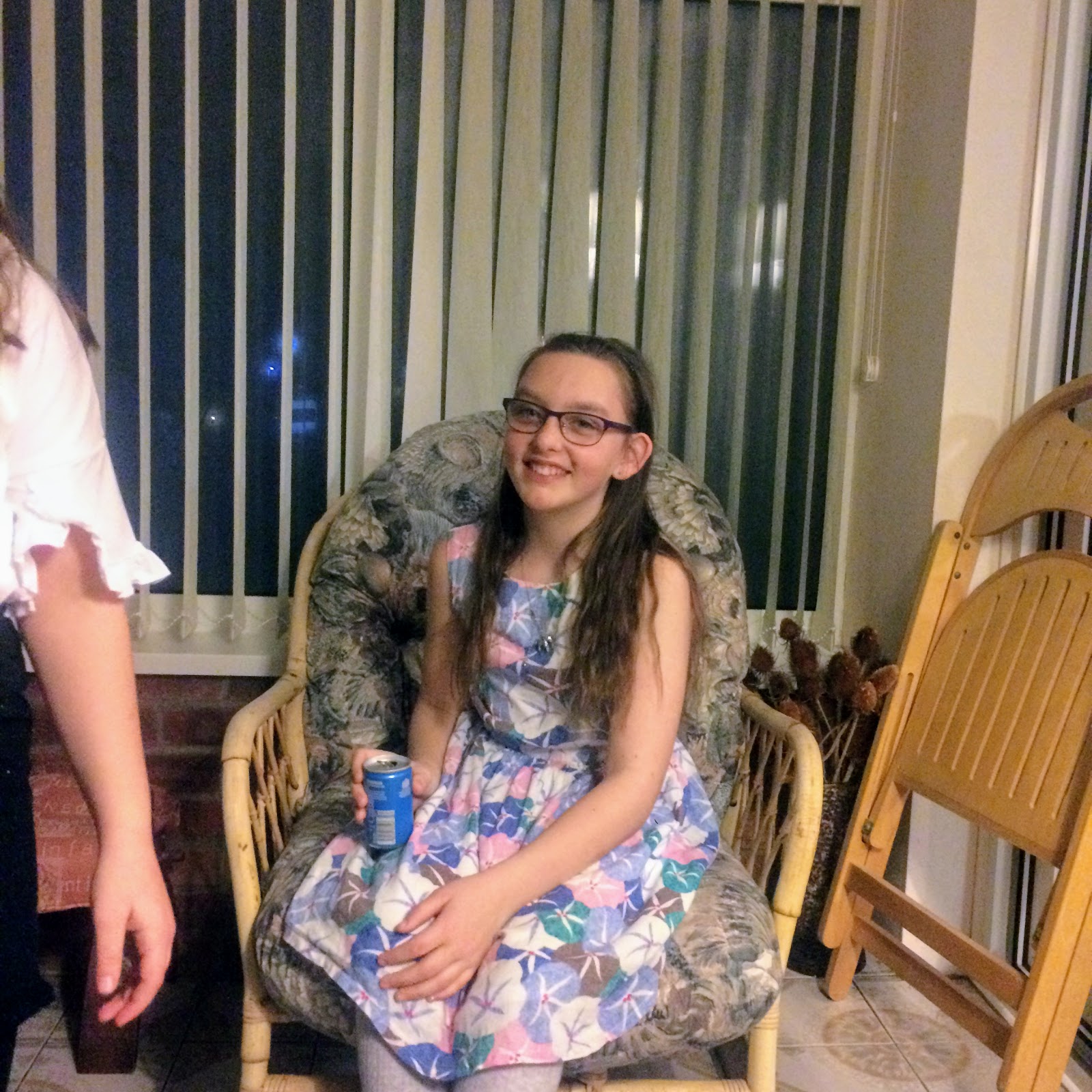 We then celebrated a very special day- Great Grampy’s 90th birthday!  I was still poorly for this.  My head thumped, my glands were swollen and my whole body ached.  I meant to take lovely photos on my camera of the birthday boy and all his family but I felt too weak.  I feel really sad about this as Great Grampy will only turn 90 once but we’ll be over soon to take more pics and there were some great ones taken with funny hats so he has lots of good memories from the day to treasure anyway (again apologies to my family if I was miserable and being rude having to say no to food).  I am so grateful that my kids have had the chance to love and be loved by three Great Grandparents on Dave’s side- I hope one day they realise how special this is. 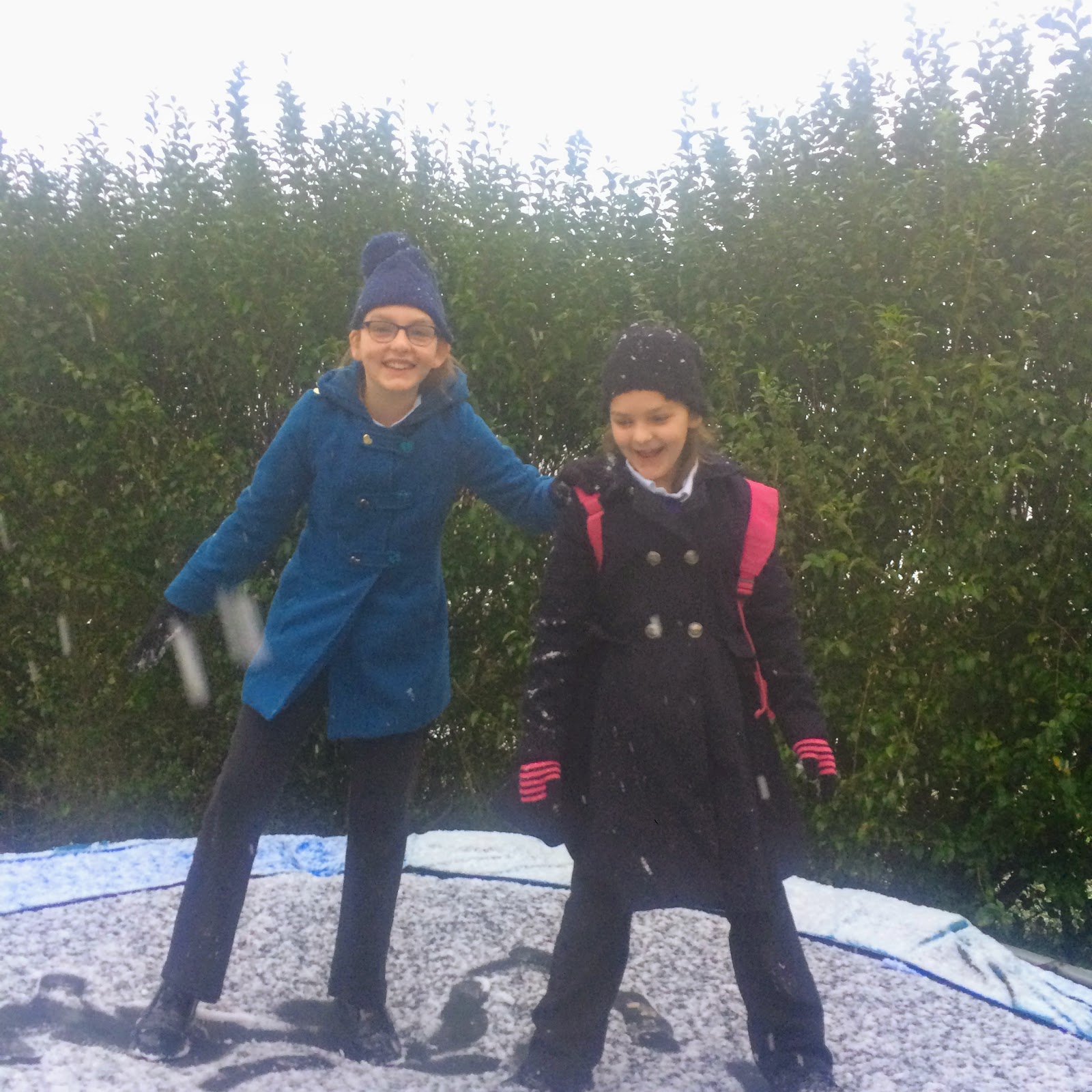 We then had some snow in early Feb (how snowy has 2018 been?!) and now we’re expecting more… 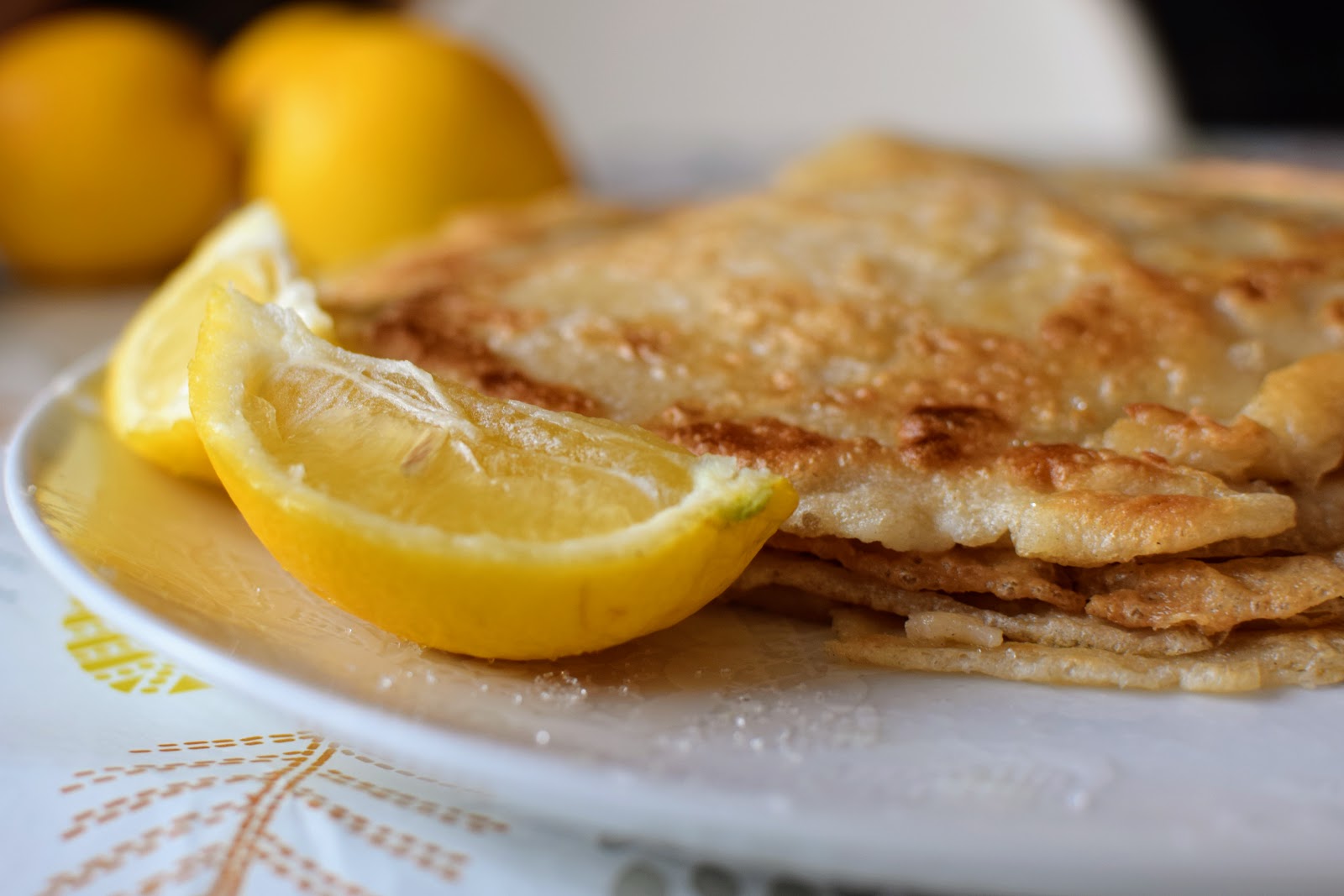 We celebrated Shrove Tuesday with vegan pancakes.  We had great discussions about what to give up for Lent but I’m ashamed to say we have ended up not giving up anything! 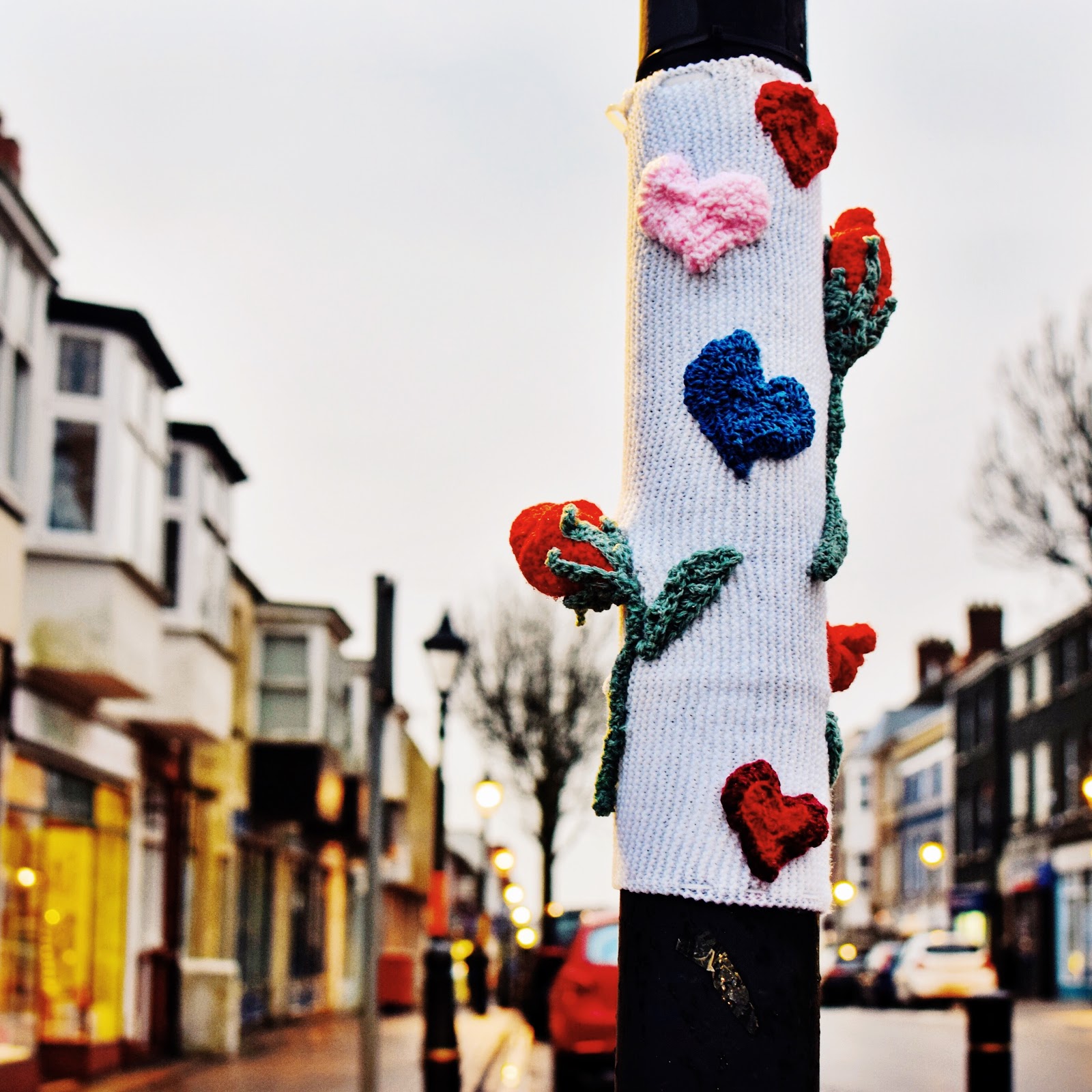 Then it was Valentine’s Day.  Me and the kids used to spend ages making cards and making Valentine’s crafts and baking but this year we just bought a couple of chocolate gifts and went to see the Valentines Yarn Bombing in our town.  I need to do more crafting with these kids! 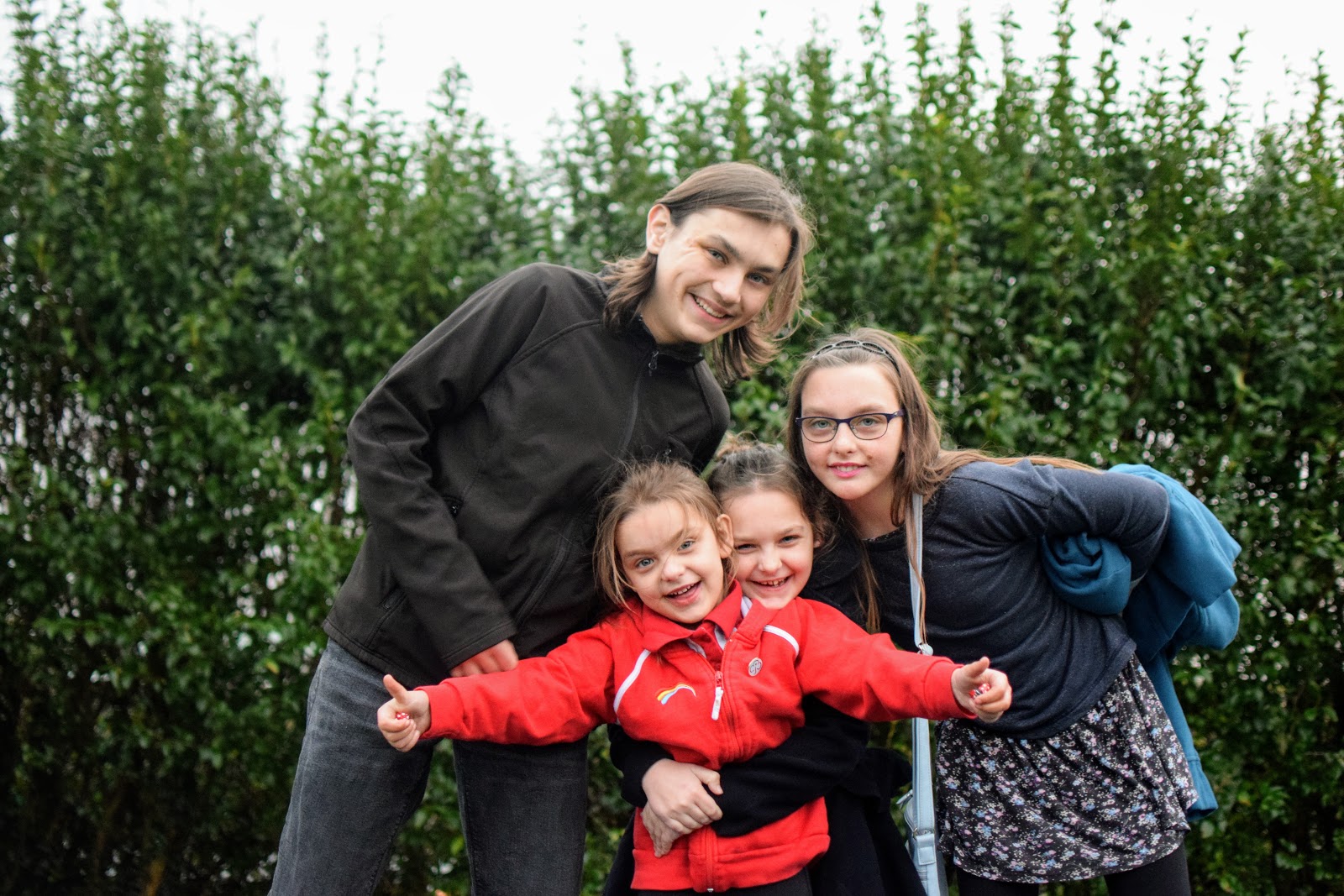 On Valentine’s Day Izzy officially became a Rainbow.  Her older siblings were so proud of her.  Recently when we’re out and about people keep commenting on how well they all get along and how lovely they are with each other.  When people ask me if they get along I always reply with “Yes, they get along really well when they’re getting along... ” of course they do have fall outs too and we’re actually a household full of six opinionated strong personalities but overall we have respect for each other’s opinions.  I do wonder if part of the reason why the kids appear to get along so well is due to them being united by Izzy’s innocence?  They just love and champion her so much.  Perhaps when she’s older our seas will be more choppy but for now overall we all get along.  Also, as a middle child I remember lots of fall outs with my own siblings but know that we always loved each other so sibling arguments don’t really phase me. 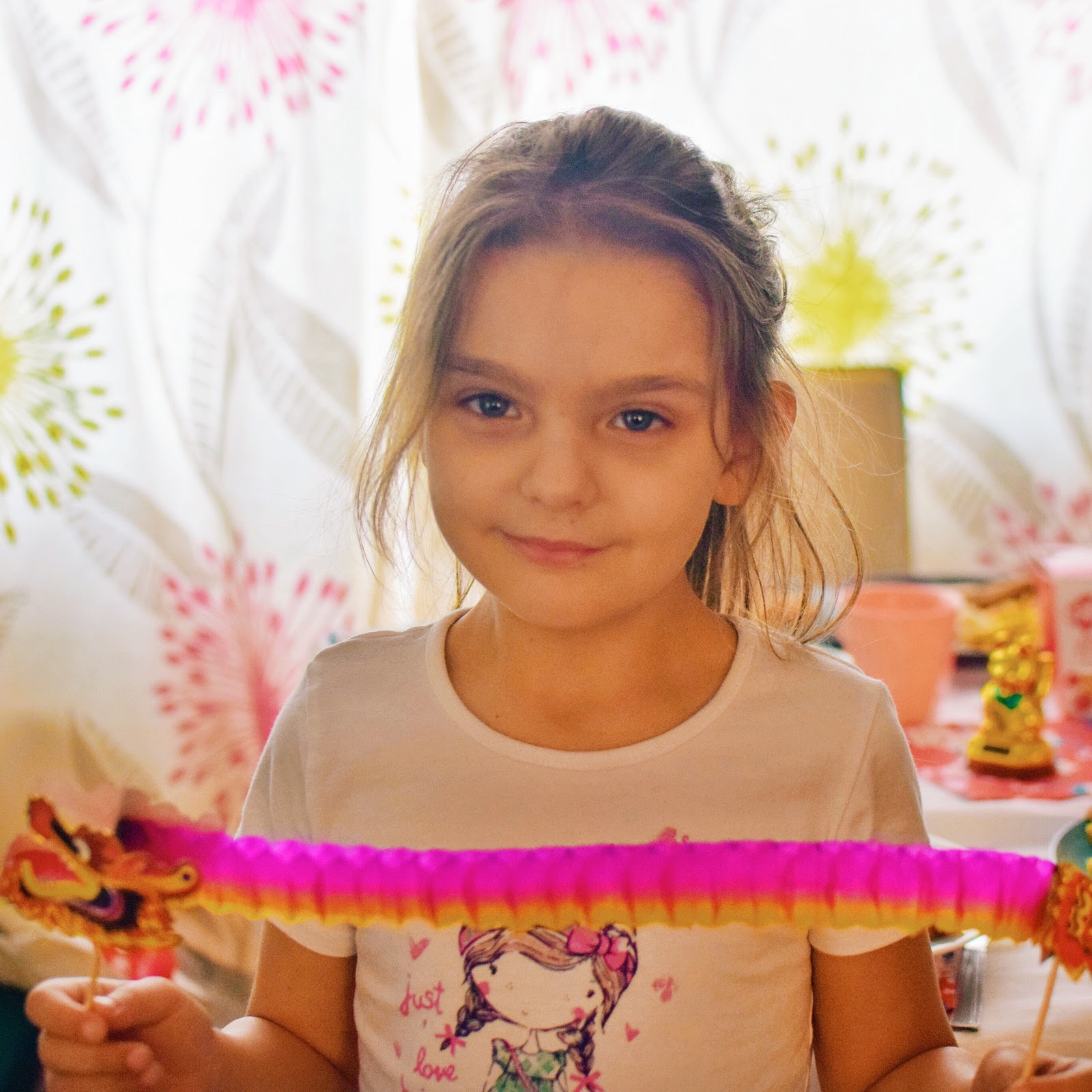 We celebrated the Chinese New Year a day early so Rebecca could join in too (she was at Guide camp the next day).  When I lived in Manchester I loved the parade and celebrations in China Town.  I want to take the kids one day but until then we mark the occasion in a small way at home. 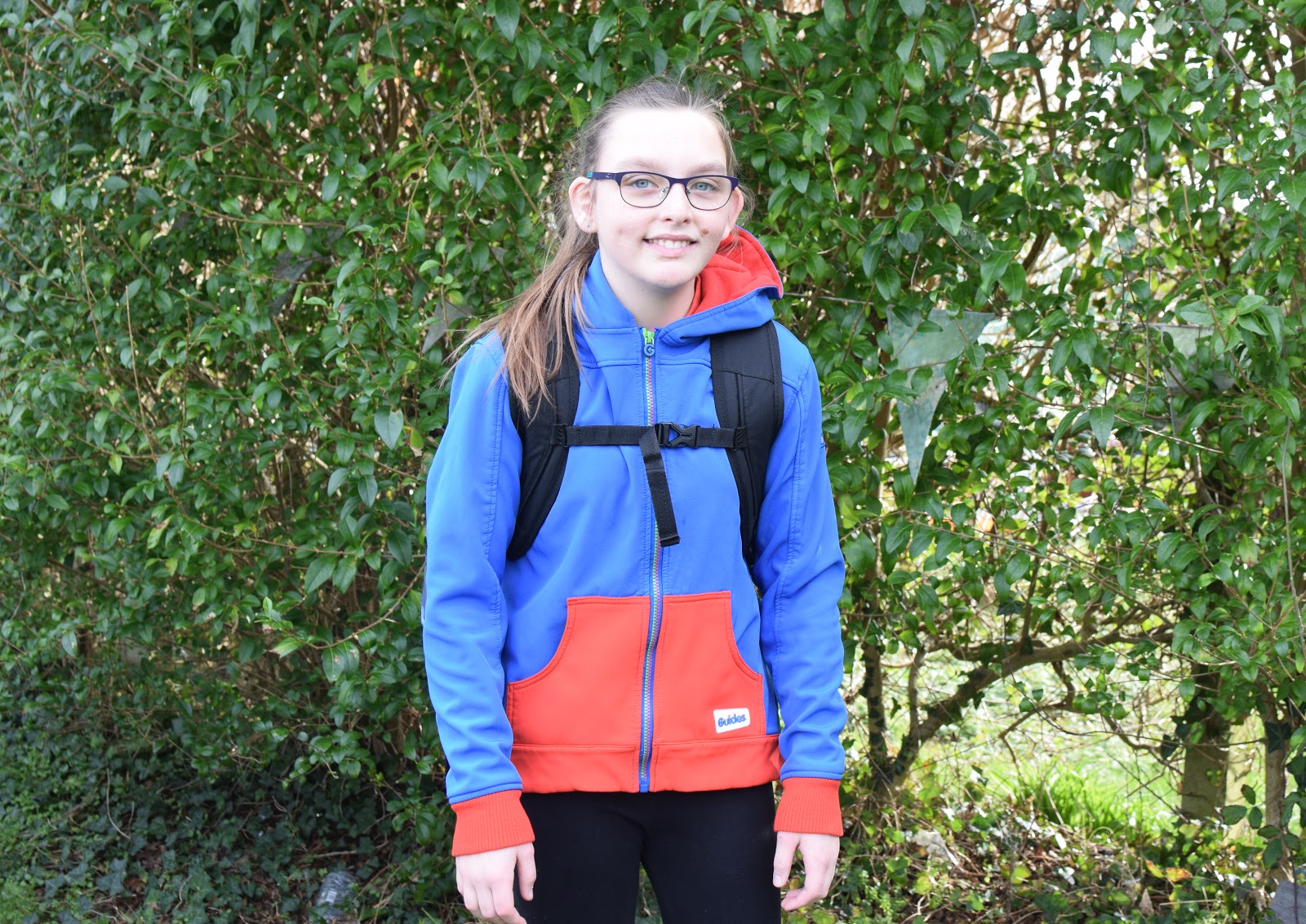 On the day we broke up for half term Rebecca went away for Guide Camp in Mid Wales.  She had a lovely time (thanks Guide leaders). 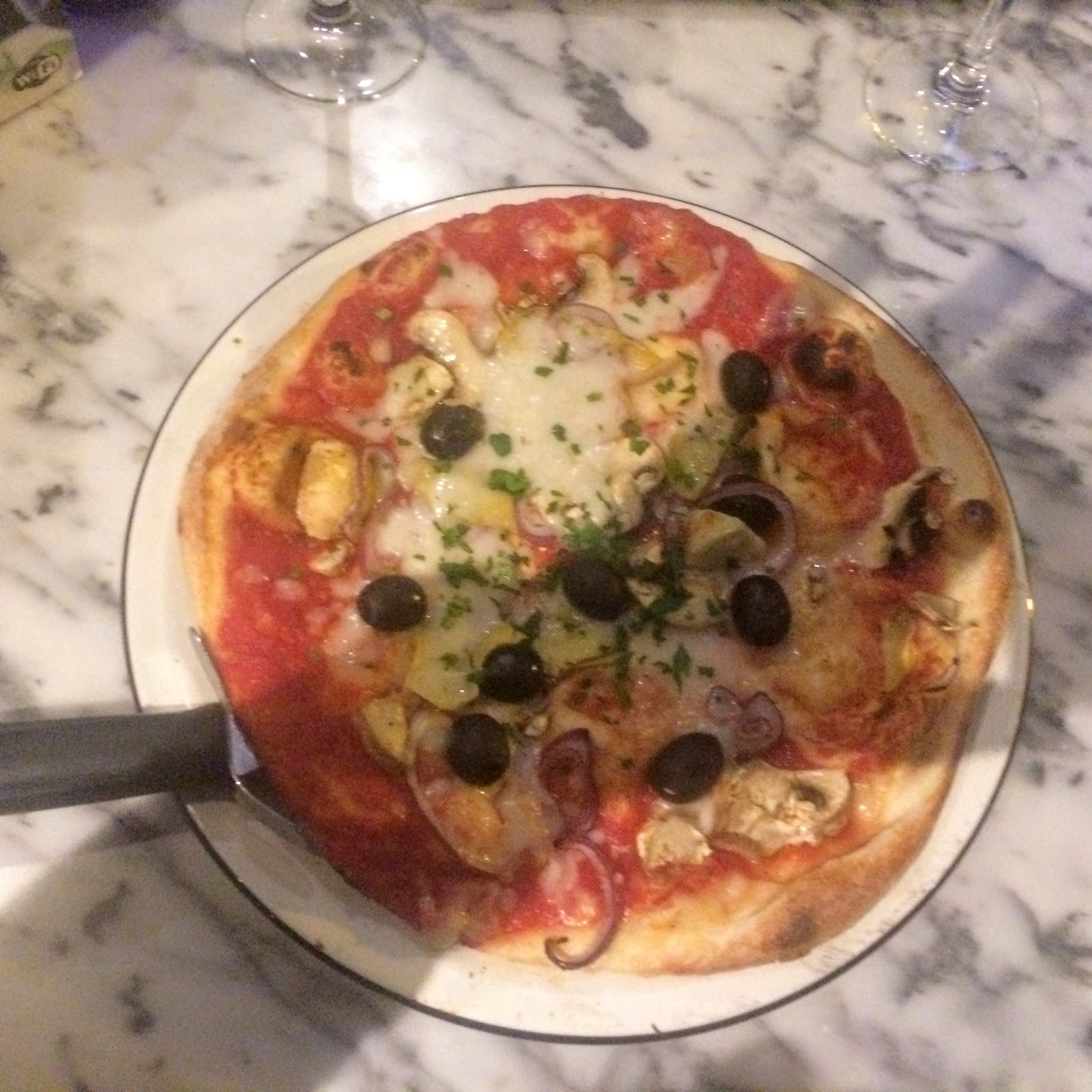 Meanwhile I had to go to Boston (UK!) for work but apparently it takes nearly as much time to get to Boston UK as Boston USA from the ‘Shire so I broke up my journey with a stay in Newport with Ceri.  We went to Pizza Express.  I love their vegan menu so much!  We then watched The Post, which we both really enjoyed.


At this point I finally began to feel better and poor Dave caught what I had and felt really bad whilst left with the kids (sorry Dave). 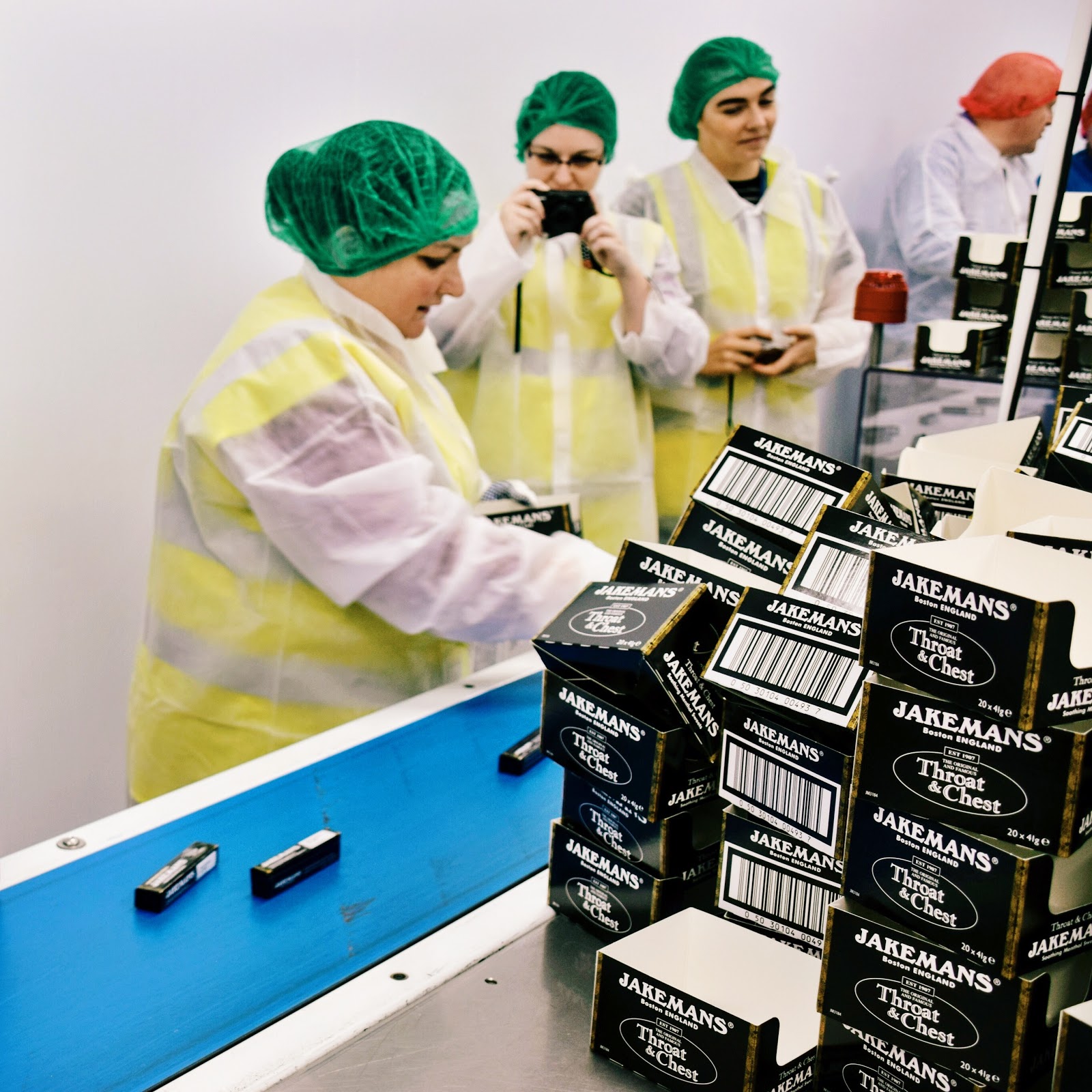 The next day  I travelled to Boston ready for a tour of the Jakemans Factory.  It really was fascinating and my full post is coming soon! 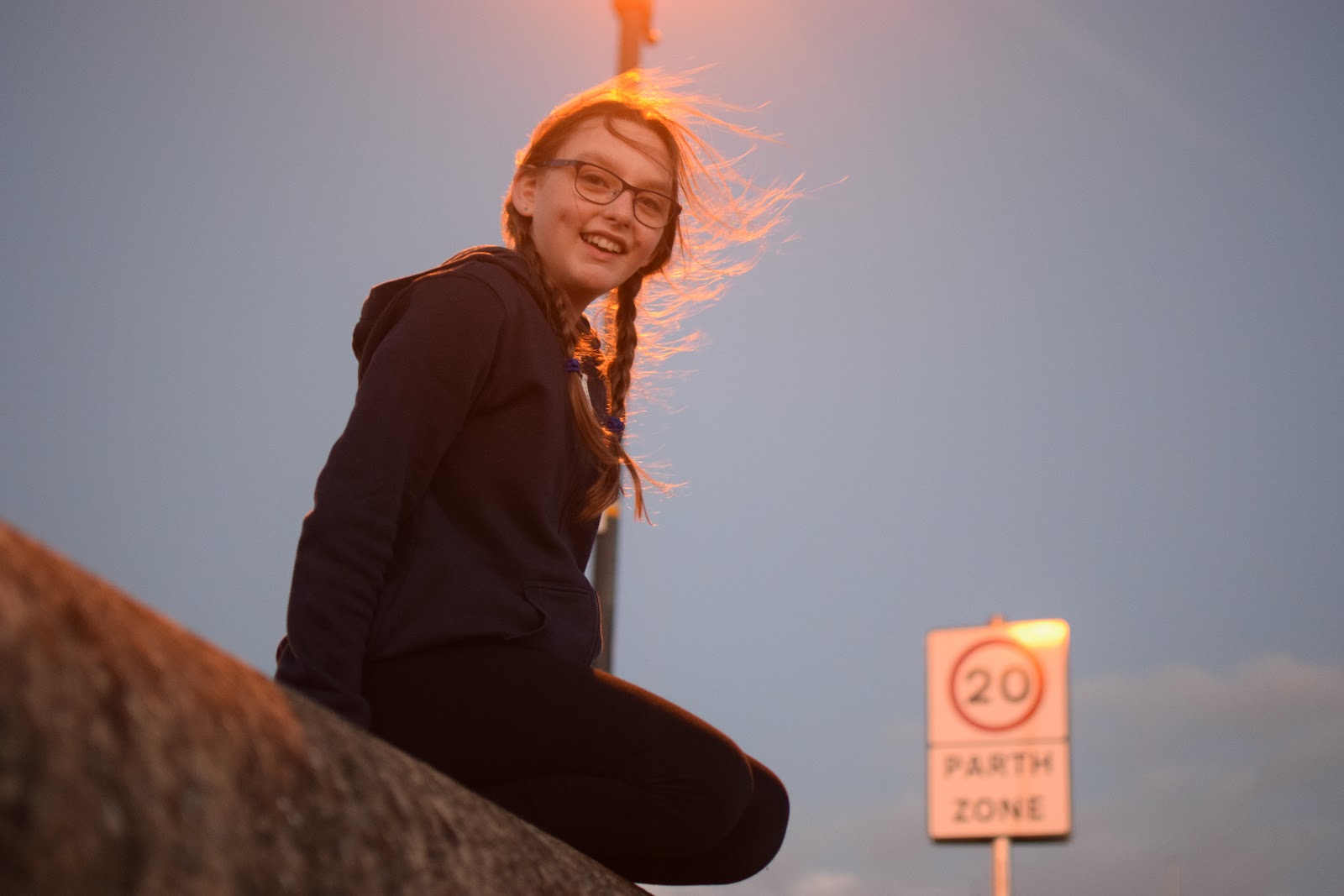 Once home, as I’d missed out on a few days of half term I was determined to try and make it up to the kids.  We had an evening play down our local beach, Gelliswick. 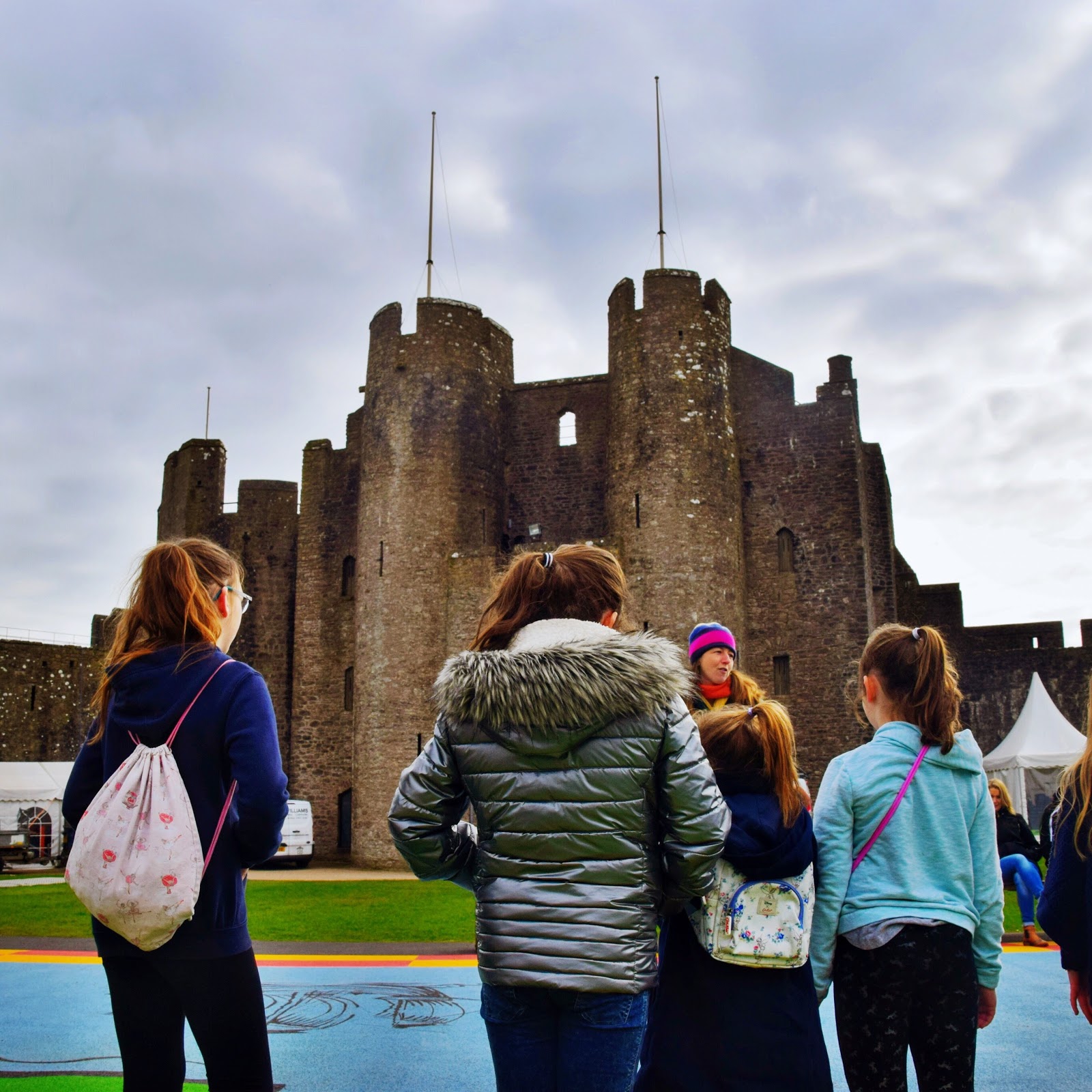 We then had a lovely day at Pembroke Castle with Mum, Jo and Cerys.  Again, full post coming soon. 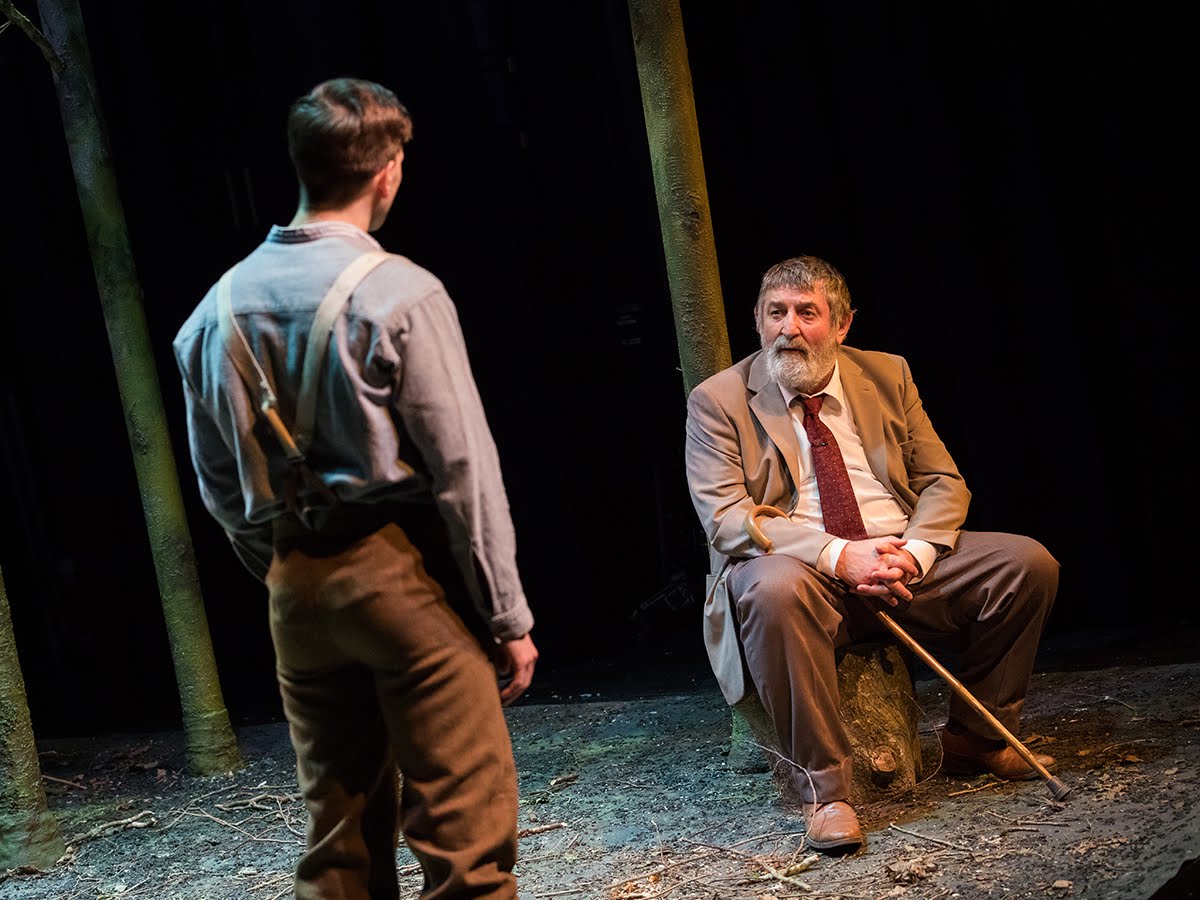 That evening Danny and I went to watch “The Wood” at the Torch Theatre.  Read our review of The Wood here. 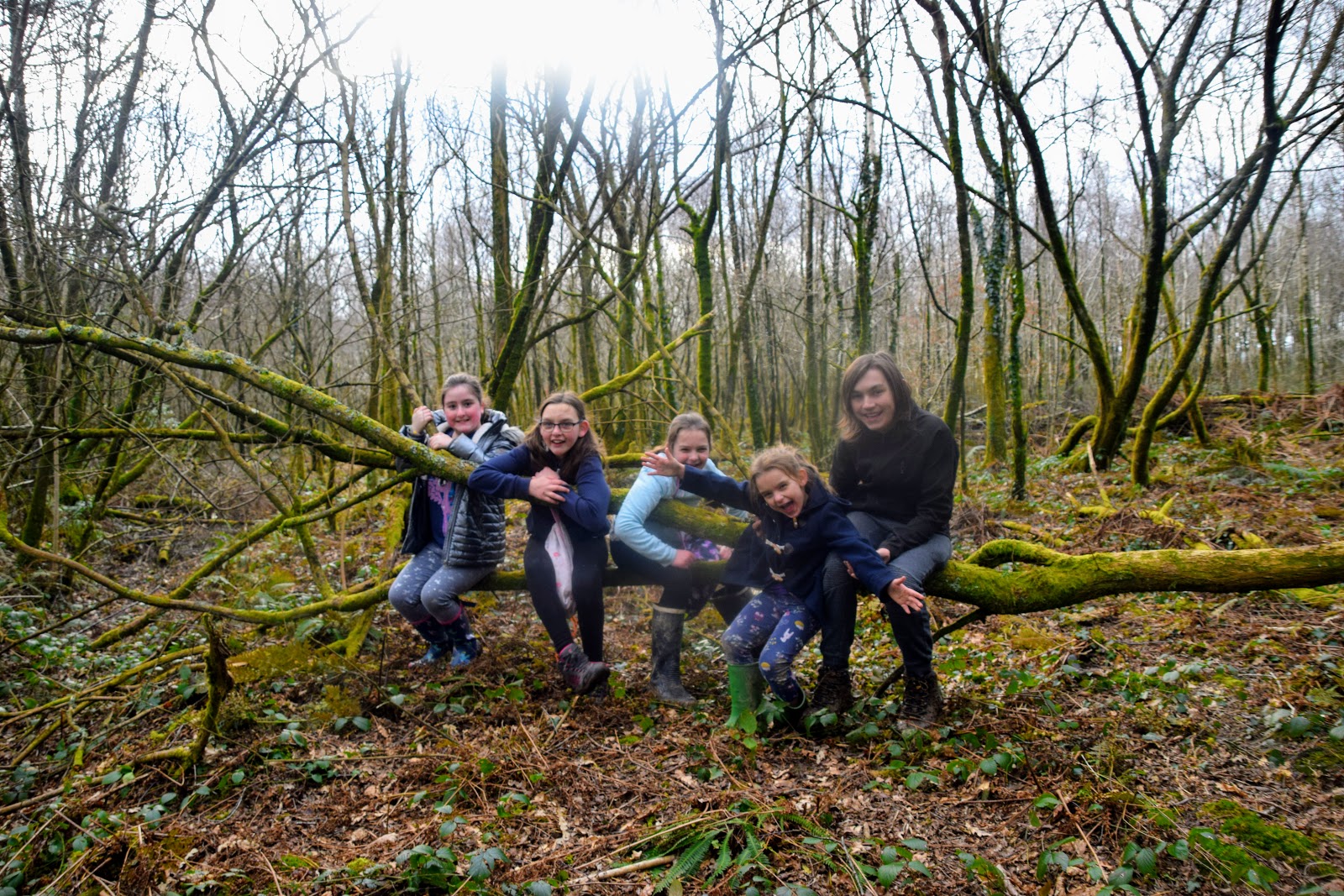 Then we went to Scolton Manor with Jo and Cerys.  We come here frequently but there’s always something new to do.

On the Friday of half term we went on the train to Cardiff to see the LEGO Jungle Safari at Mermaid Quay before it moved again.  We also had delicious food at Zizzi and the kids got to have a bit of a shop. 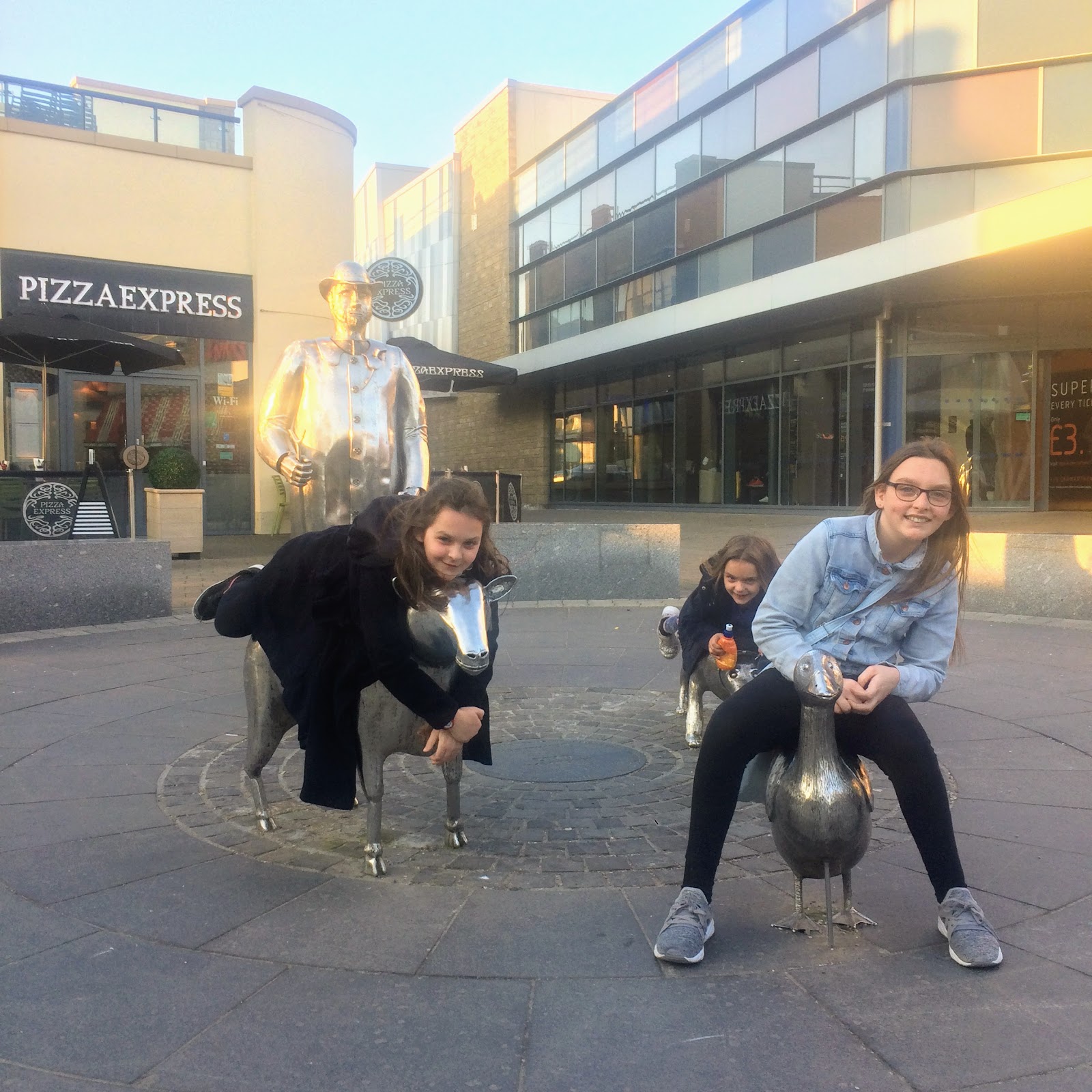 The next day I took the girls to The Greatest Show Singalong at Vue.  It was really quiet and the few people that were there didn’t sing but we did and had great fun.  I want to go to a busy singalong though so fingers crossed my local cinema also put one on!  I’ve also decided that I want to go to a “Musicals” Disco- do these exist anywhere? 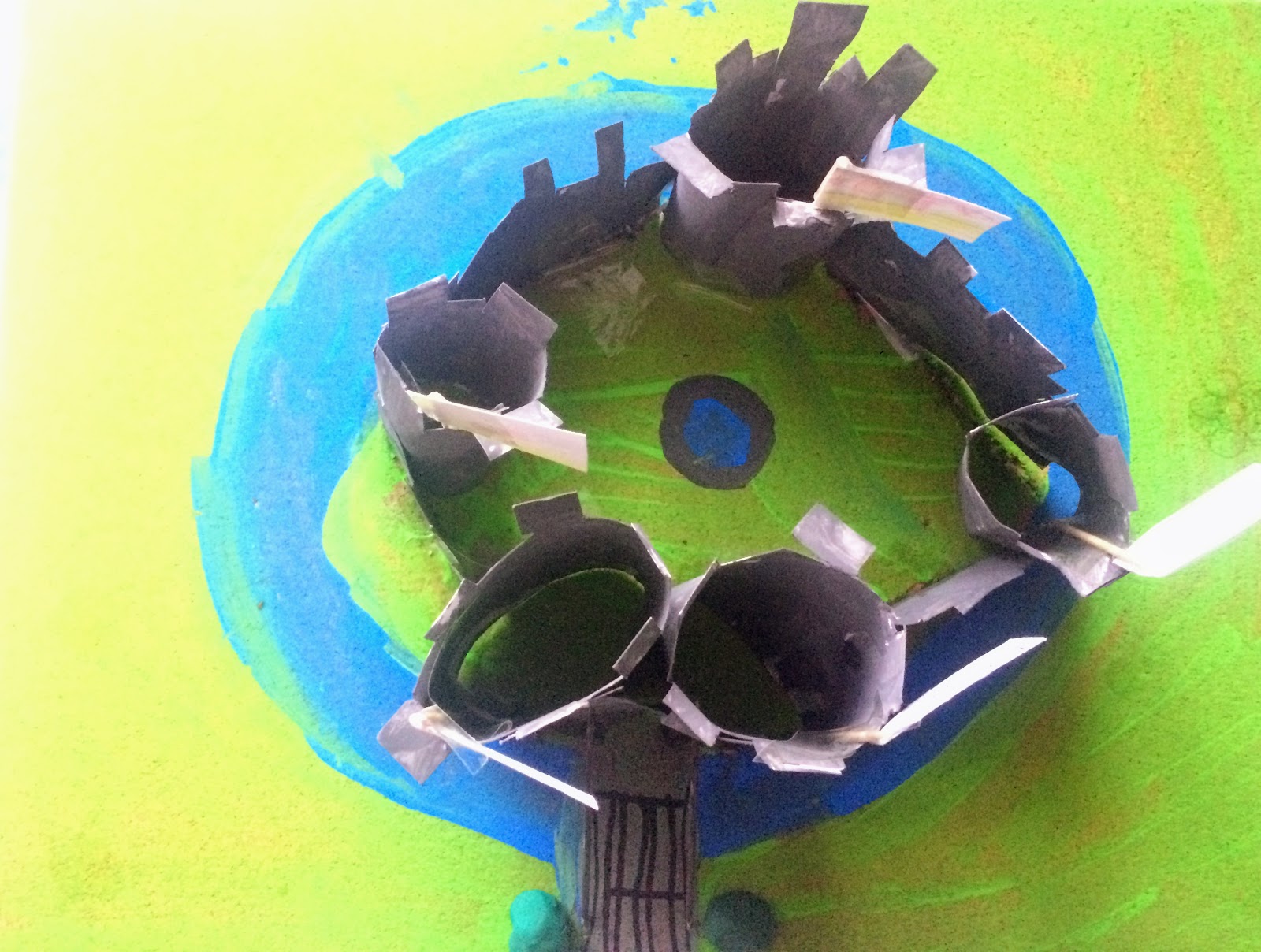 On the Sunday the kids quickly cobbled together their St David’s Day crafts.  Rebecca drew a famous Welsh person, Cerys Matthews, Caitlyn made a dragon (out of play dough as we’d neglected to buy modelling clay) and Izzy made a castle out of card and paint. 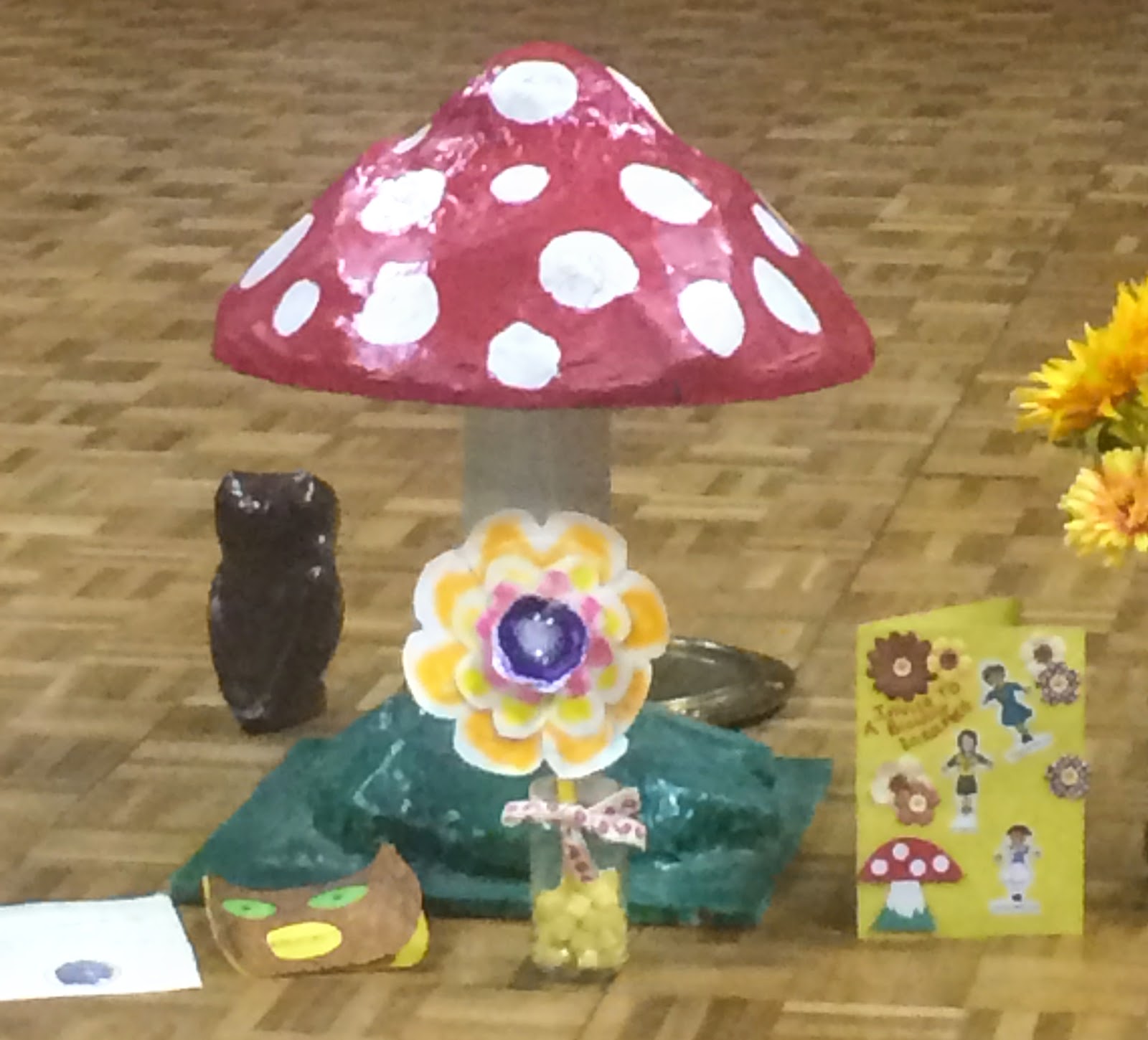 Back to school on Monday and it was cousin Cerys’ Brownie promise ceremony which was really lovely. 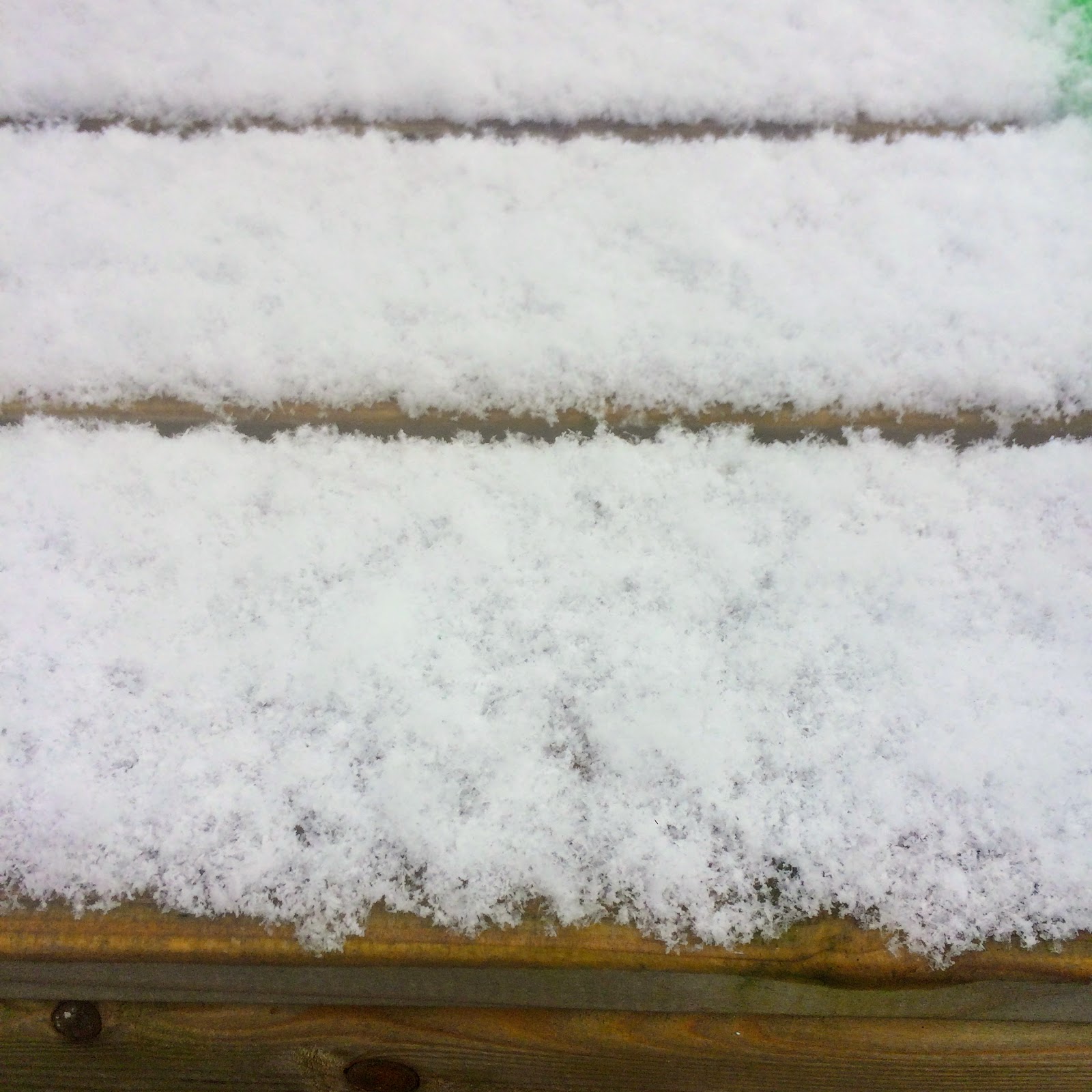 The rest of the school week has been preparing for St David’s Day, more snow (and more still to come) and Caitlyn’s long awaited orthodontic appointment.


It always seems to be sunny and the start of the warmer weather on March 1st but this year it’s perfect Christmas and winter weather!   Hopefully our March post will show we managed to have some fun in the snow.  I also need to spend more time with Dave in March.  We pass like ships in the night all the time but really need to organise some quality time with him.  I’ve also been lacking in coffee mornings with mum and Jo and meetups with friends this month.


Stay safe everyone!  What did you get up to in February?  Do you have exciting plans for March?