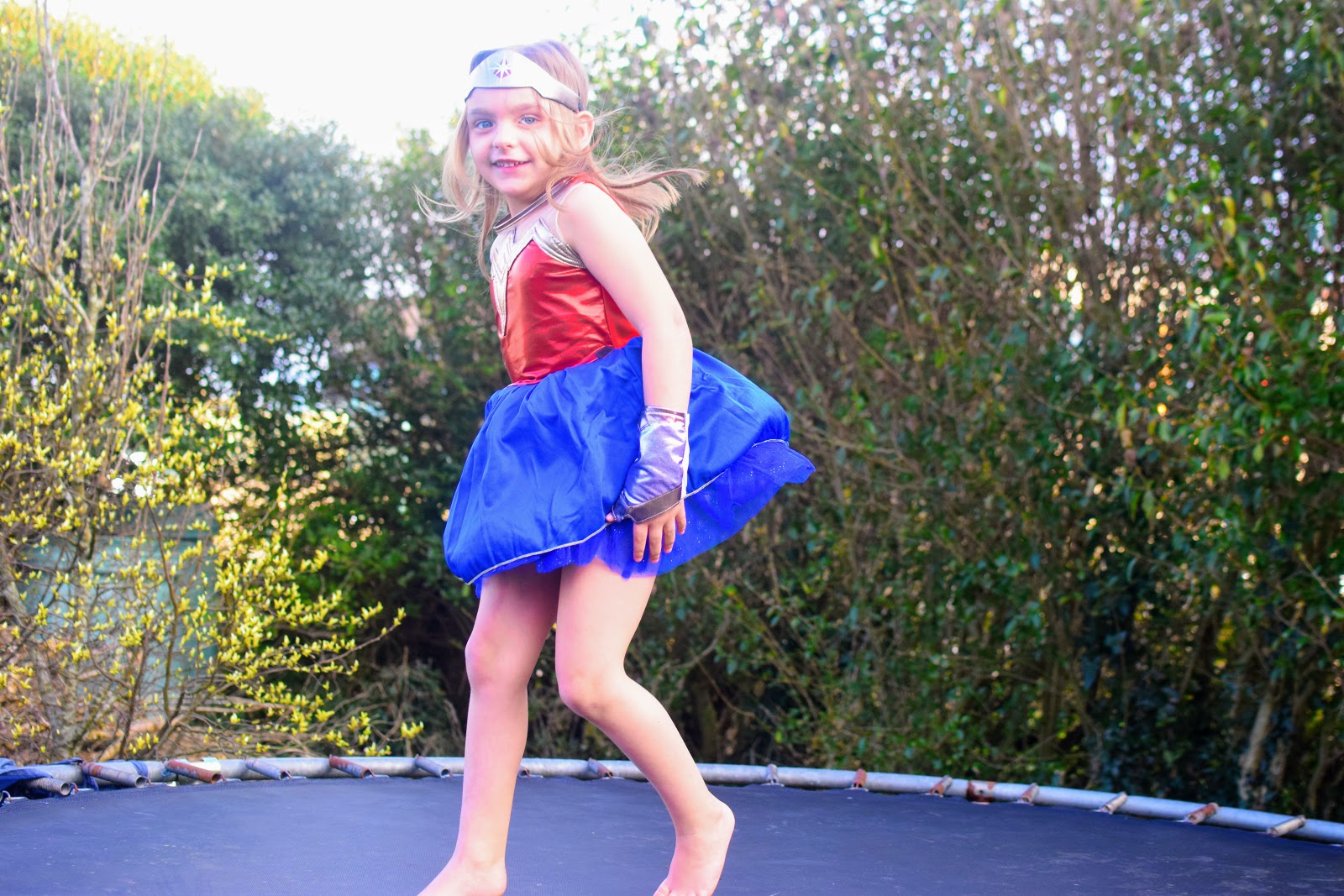 We really enjoyed  watching Batman Versus Superman in the cinema but somehow missed   Justice League when it was on the big screen. Therefore we were excited to be sent a copy to celebrate the DVD and Blu-ray release of the “DC Extended Universe” movie this week. In the UK, Justice League was made available on Digital Download on March 12 and on 4K UHD, Blu-ray 3D, Blu-ray and DVD March 26.  So now everyone can enjoy this film at home: 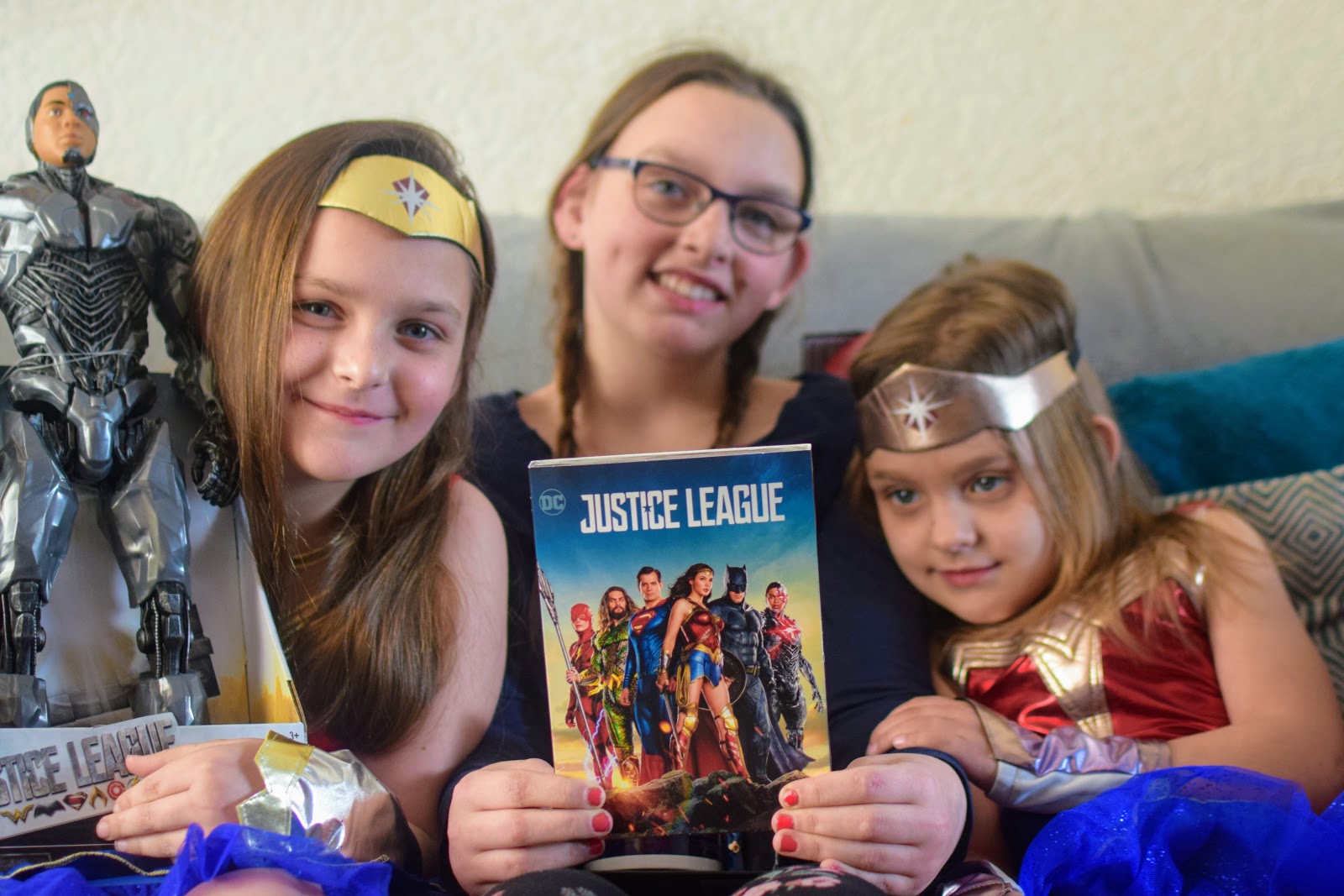 We were sent a DVD to watch with the older kids and goodies for all the kids to enjoy so no one was left out.  We love the Wonder Woman costumes! 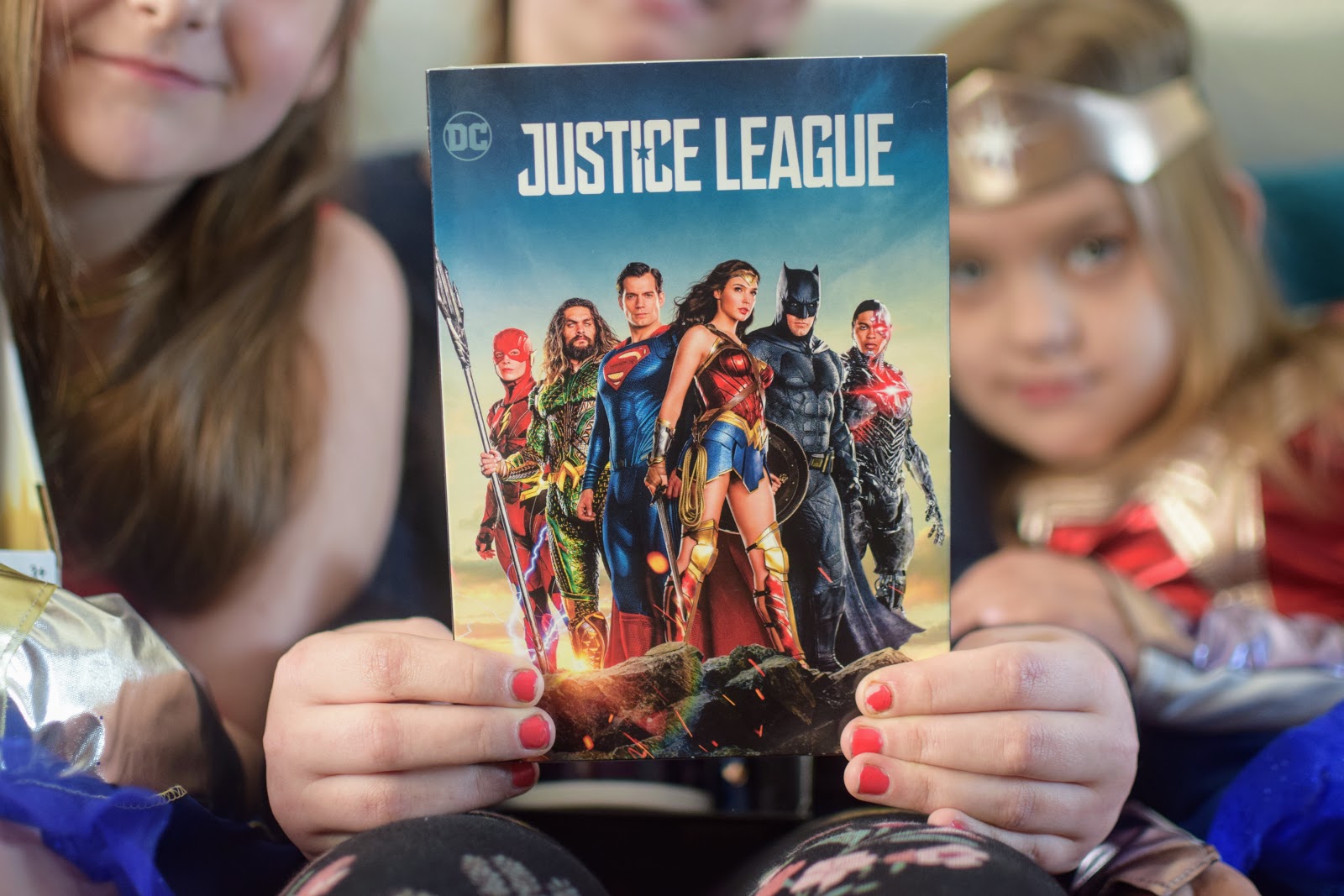 Before you watch Justice League I would recommend that you watch Batman Versus Superman:  Dawn of Justice first to give the story context (to be honest I wish I’d re-watched it before diving into this film).   Here’s the synopsis:

Fueled by his restored faith in humanity and inspired by Superman’s selfless act, Bruce Wayne enlists the help of his newfound ally, Diana Prince, to face an even greater enemy. Together, Batman and Wonder Woman work quickly to find and recruit a team of meta-humans to stand against this newly awakened threat. But despite the formation of this unprecedented league of heroes—Batman, Wonder Woman, Aquaman, Cyborg and The Flash—it may already be too late to save the planet from an assault of catastrophic proportions. 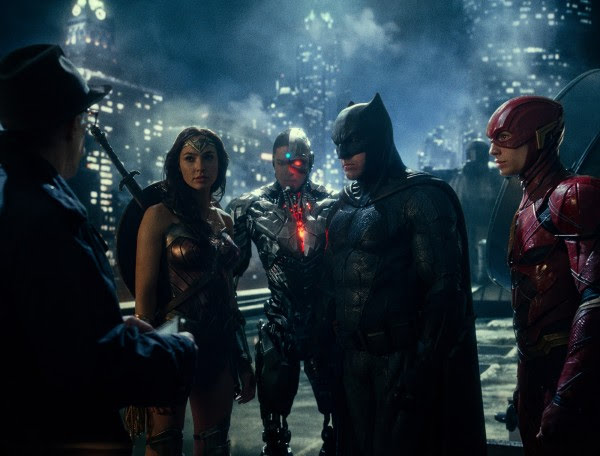 The end of Batman Versus Superman was very dark and we needed answers.  Justice League aims to bring the hope and light back.

Hope is like car keys.  Easy to lose but if you dig around they’re easy to find. 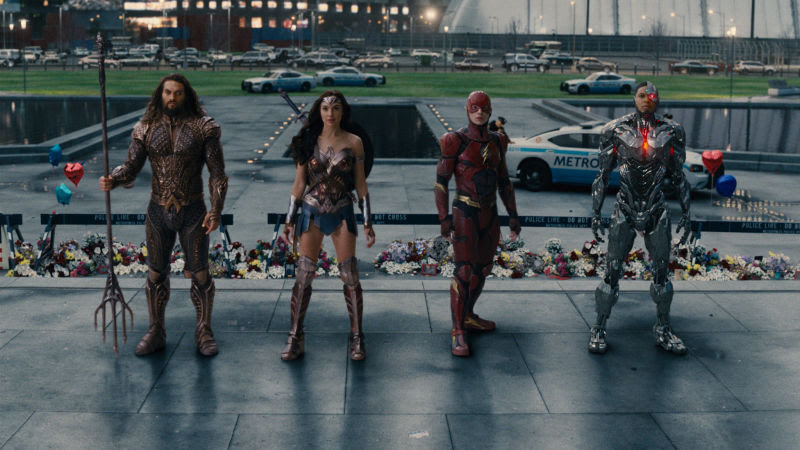 I have to admit that I didn’t feel as emotionally involved with Justice League as with Batman Versus Superman, but Dave and the older kids really enjoyed it.  If you’re a DC Comics fan then I’d recommend it for the chance to see your favourite superheroes and villains leap out of the pages and onto the screen once more.  The action scenes and special effects are spectacular – I especially loved the Superman Versus “All the Superheroes” scene (you’ll have to watch to see what that’s all about!).  Watch the trailer below:

This is a great film to keep older kids amused on a rainy day in the Easter Holidays.

“The truest darkness is not absence of light but that light will never return… But the light always returns…  Hope is real.  You can see it.  All you have to do is look up into the sky.”

Justice League (12) is currently available on DVD and Blu-Ray.  The 4K UHD, Blu-ray 3D and Blu-ray will include an all-new bonus scenes never before seen in cinemas as well as featurettes and interviews with the cast, filmmakers and creators.


We were sent the DVD to review but all opinions are our own.