Danny (my son) and I entered the Studio Theatre at the Torch Theatre and found the stage lowered and transformed into a forest (set design by Sean Crowley).  We were about to be taken back to Mametz Wood, the largest woodland on the Somme battlefront.  As we waited for the play to begin we heard the birdsong in the trees above and could almost smell the earthy leaves.  Here is our review of “The Wood”, the Torch Theatre’s new spring production: 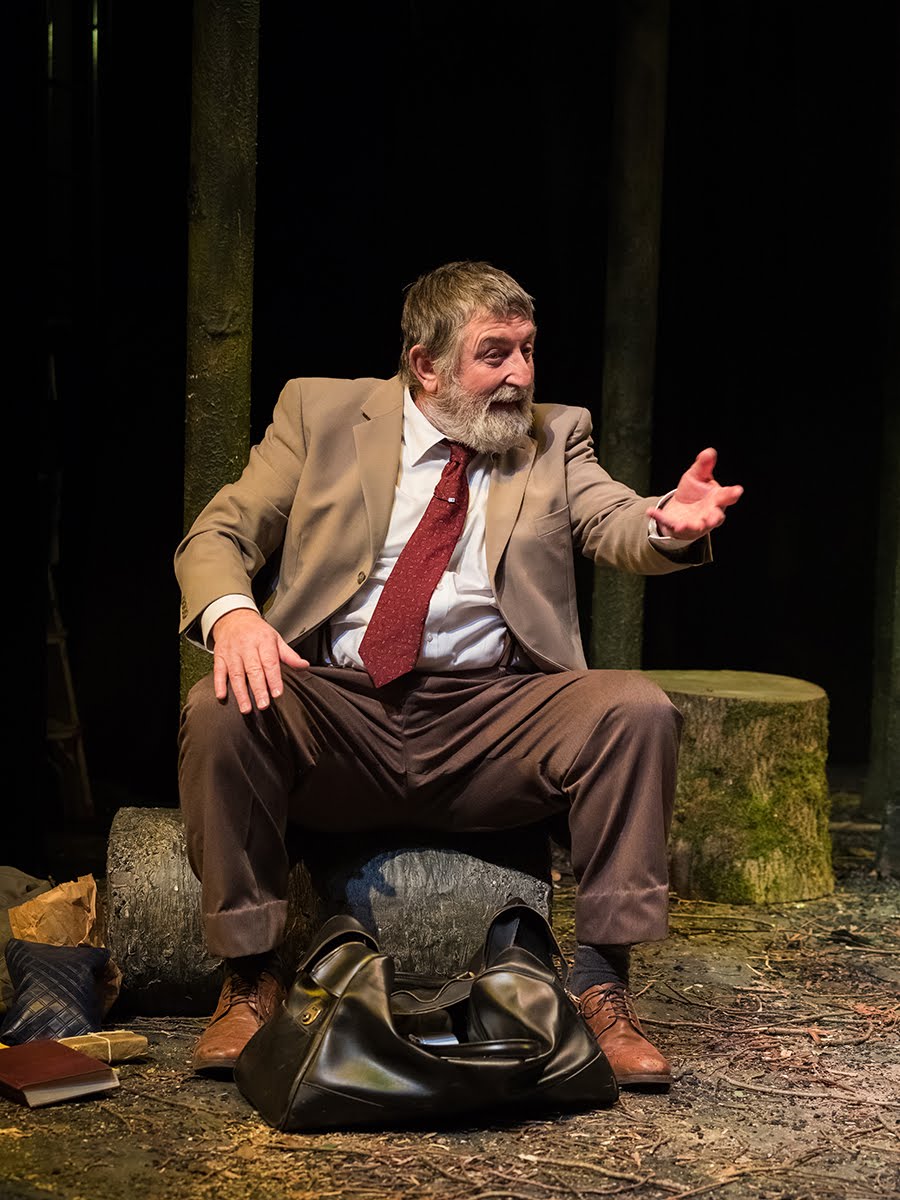 Dan, played by Ifan Huw Dafydd, enters the stage from our own audience side door and immediately brings warmth and humour to the play despite the solemn topic.   We find out that it is 1966, fifty years since the battle of Mametz Wood took place.  Dan sits down and unpacks his bag as he mutters to himself in a typical Welsh fashion.  His squash has leaked all over his belongings (something I can very much relate to from my own travels)- even his underpants.  We laugh with him as he recalls people saying “silly old bugger won’t make it to France” when he first set off for war but this also reminds us just how young and innocent the volunteers of the 38th Welsh Division were when they signed up.  Things become more serious as he unpacks an urn of ashes to scatter in the woods. 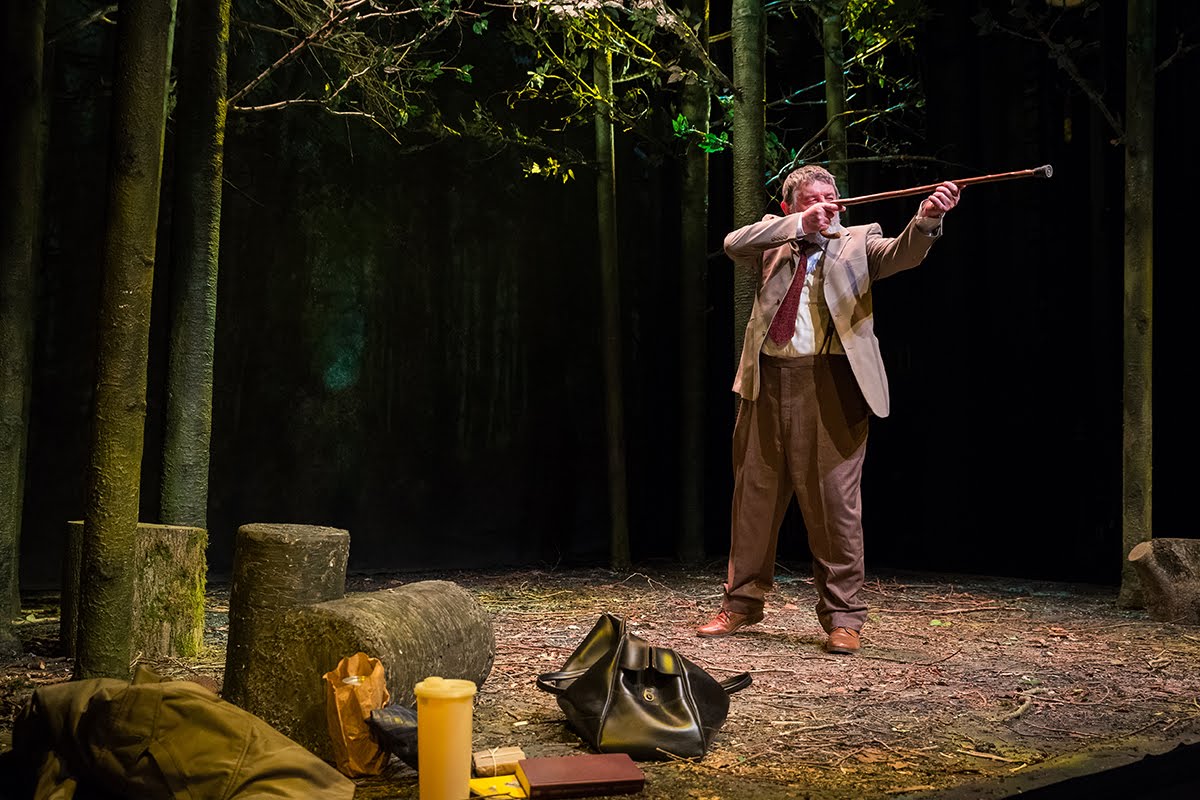 The beginning of the play is mainly a one-man show and Ifan Huw Dafydd captures our attention superbly.  Eventually, the background screen does more than just enhance the woodland scene and plays images from war, reveals memories and photos and the ghost of  Dan’s comrade Billy appears on stage.  Billy, played by Gwydion Rhys is our link to 1916.  He is dressed in full uniform, smoking a cigarette and eternally walking Mametz Woods. 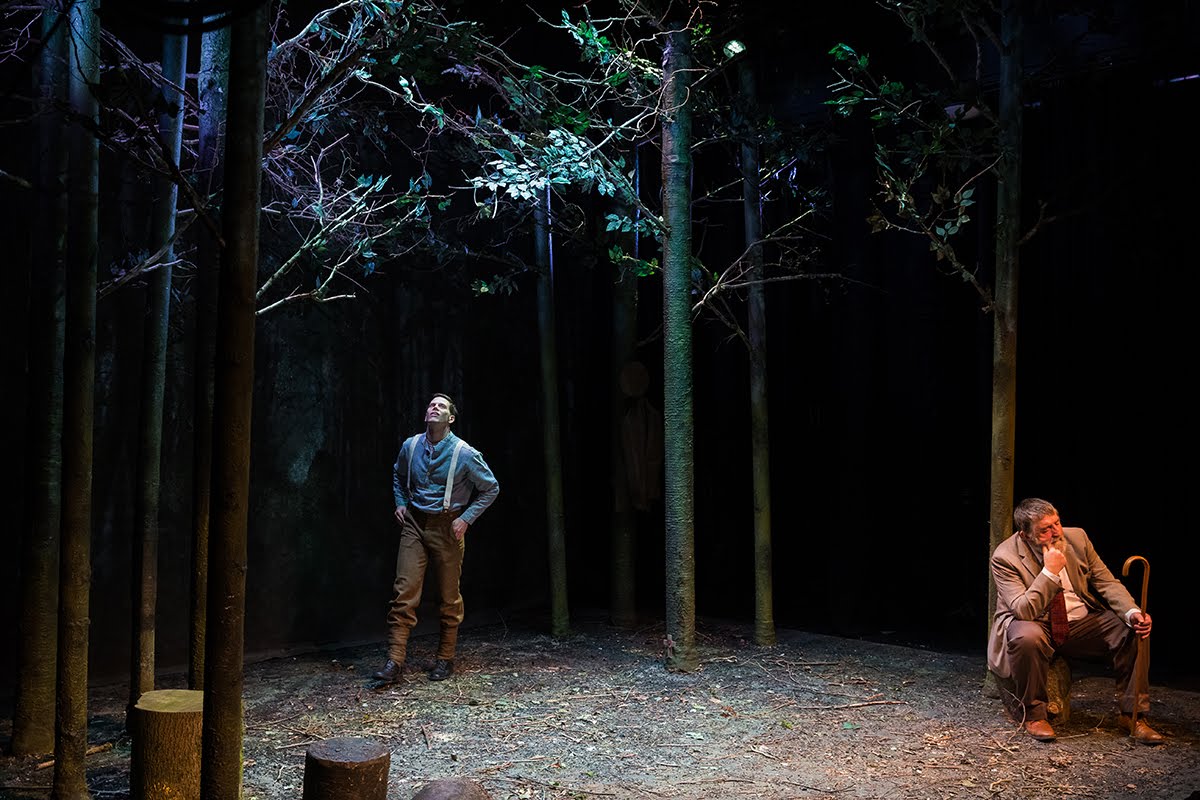 Little by little, their relationship is revealed to us, how they became friends, the promise they made to each other and the outcome.  I would have liked to have seen more playful evidence of their early friendship, but ultimately their lifelong sacrifices speak volumes. 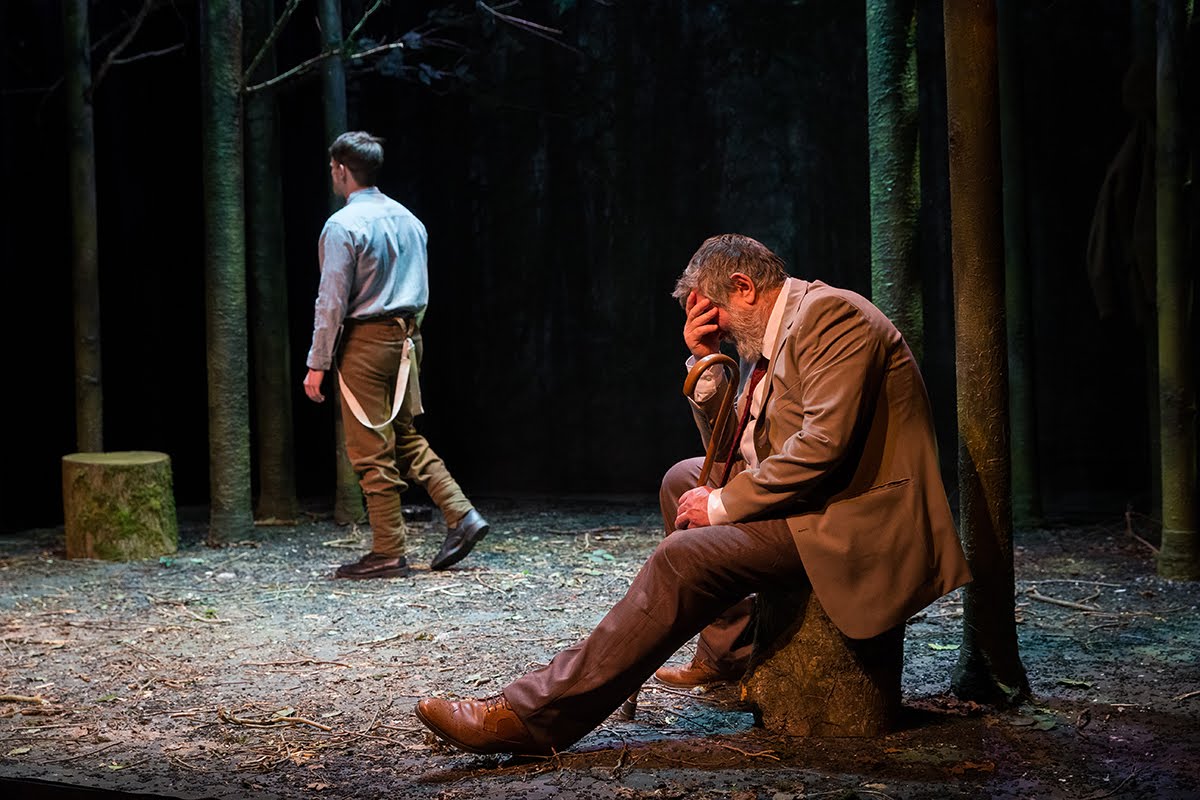 Inevitably the play becomes darker.   Dan relives the horrors he witnessed during this time.  Billy describes his time in purgatory and asks was it worth it?  Do they remember us?  The stage lighting becomes red to represent the bloodshed.    From Dan’s point of view, it is the survivors, the veterans who are the forgotten ones.  This struck a chord with me as I’m sure it did the rest of the audience.  The scene builds up to a climax with both actors talking at once almost imitating the conflicting voices during the war.  I have to praise both actors for their stellar performances particularly during a two-man show lasting 80 minutes with no interval. 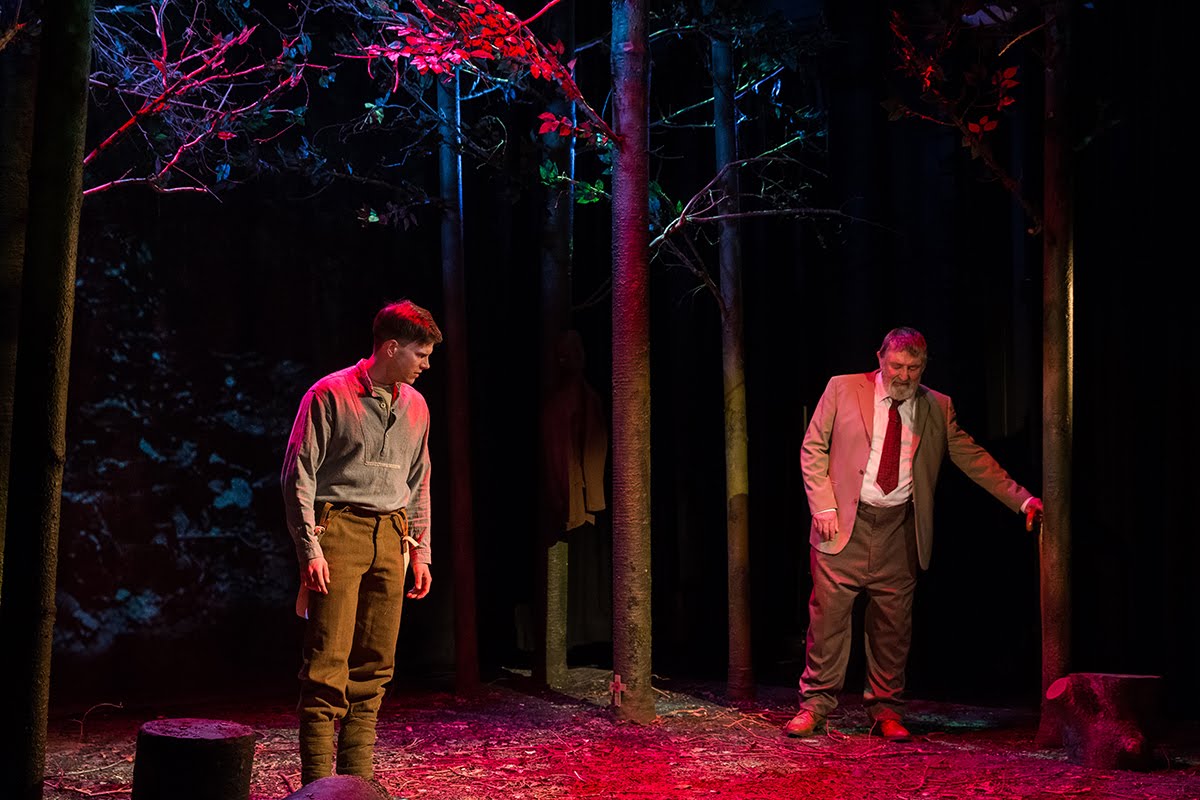 Without giving away the whole story, as you’ll want to enjoy it for yourself, Dan did honour his promise to Billy.  When we find out the two reasons why he is back in Mametz Wood to try to put wrongs to right I was choked up and in tears.  I cried for Dan, for Billy, for Billy’s widow, his son and also for everyone who fought in 38th  Welsh Division, in World War 1 and indeed in any war.

The Wood was commissioned by Artistic Director, Peter Doran to commemorate the centenary of the end of World War 1.  As there is no longer anyone left alive who actually fought in World War 1 it is of even greater importance that the artists, the poets, the playwrights and the actors keep telling the stories and helping us to remember.  The Wood is a poignant tribute to all those involved in the First World War, we will remember them.

The Wood is at the Torch Theatre until Thursday 1st March and if you don’t catch it there you can watch it on tour at the dates below. It’s an important play to watch.

Torch Theatre’s ‘The Wood’ will be seen in Cardiff following the cancellation of last week’s scheduled performance at RWCMD due to adverse weather conditions.


The Wood will be performed at Sherman Theatre, Cardiff, on Monday 12 March. Anyone who booked tickets for the original performance will be contacted and given priority booking until 2pm tomorrow (Wednesday). After that point tickets will go on general sale.

Tickets courtesy of Torch Theatre for purposes of review