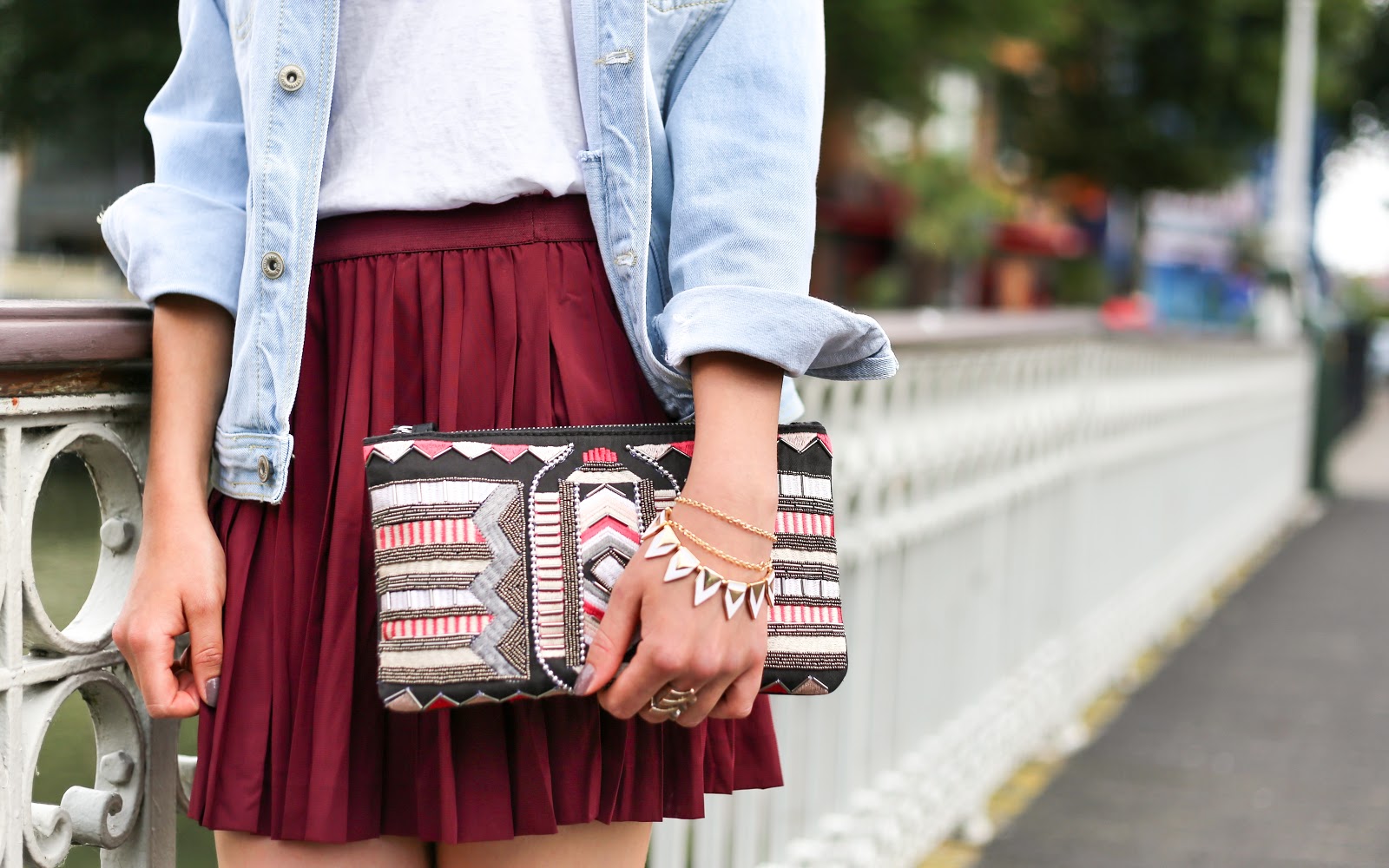 Since we’re now officially in autumn, it’s a good time to take a look at what the experts say are the biggest trends for the autumn-winter season.  Whether you are a dedicated follower of trends or simply use them for inspiration, it is always worth knowing what will be in the shops.  And with many retailers already having their collections ready to go, you might want to bookmark the web address for River Island or to store the store the Littlewoods order line contact number in your phone before those on-trend must have items (such as that dress) sell out.

So, let’s start with the colours and patterns that are going to dominate this season – what will be your favourite?

Florals are always a favourite of mine but how can flowers be moody, you might wonder?  The answer is when you tone down their normally bright colours and give then muted and darker shades than usual and this is exactly what this trend is all about.  As the flowers naturally die off in the wild, autumn is often a time of muted browns, greens and oranges.  But who doesn’t love a bit of floral pattern?  So the trend this year uses those floral patterns and muted autumn-winter colour palettes.

Red is a colour that can be popular at any time of the year and also works with almost any skin tone so it is an easy one to get into.  You can go as full-on red as you want this season with some designers opting for full red outfits.  Or you can use it as a startling accent with darker shades as it goes well with all the serious colours – black, brown, navy and grey.

Blue tends to be a spring shade but this year all the hues of blue from navy through to turquoise are popular for this season.  Part of this is to commemorate the late designer Richard Nicoll who was a resolute blue fan and has shown up in a range of big name designer ranges with the Pantone colour developed in his name, Nicoll Blue.

Looking out for a colour or a pattern is one thing but what about the actual clothing itself?  What styles are in and what kind of looks are going to be popular?

Whether you call it razzle dazzle, glamorous or anything else, this trend sees clothing go metallic and sparkly.  From little dresses through to full silver outfits with matching boots, many of the designers have opted for really eye-catching looks.

The other extreme is known as duvet dressing, first seen in an Alexander McQueen collection last year – the models really looked as if they were wearing a duvet!  The trend has evolved and now involved padded clothes and particularly outerwear such as coats and jackets.  They still often have big, bold patterns more likely to be seen on your double bed though. Little did I know when I modelled this look at festivals in the past that one day it would actually be a trend!

The whole at leisure look still remains very on-trend this season and can be adapted in a host of ways.

Zips feature in a lot of clothing but the trend this season is to have them prominently places and use them as a style element.  From dressy tops to jumpers and even full-length zippered cardigans, the zip is big and many designers have borrowed from the après-ski lifestyle and the 1980s inspired sportswear for their styles.

Another practical item, the belt is being worn a little higher this season than normal as part of the growing trend towards embracing the female form.  Known as waist belts, these are often worn over things like full-length coats or dresses and can be wide or slim.

Part of that razzle dazzle approach is the use of feathers and this can be a style element trend on its own.  If you like this look, make sure the feathers are faux. Some designers have mixed those muted floral patterns with features while others have combined feathers and crystals or even used feathers as a frill around pencil skirts.

The whole point of accessories is to personalise an outfit and make it uniquely yours but there are still some trends that you can embrace.  One of these is known as ankle cuffs – bigger than the anklet, these styles are great when worn with high heels.  Some are even combining them with the show to make a style that has the cuff as part of footwear.

Overall style is very personal. What will you be wearing this autumn and winter?