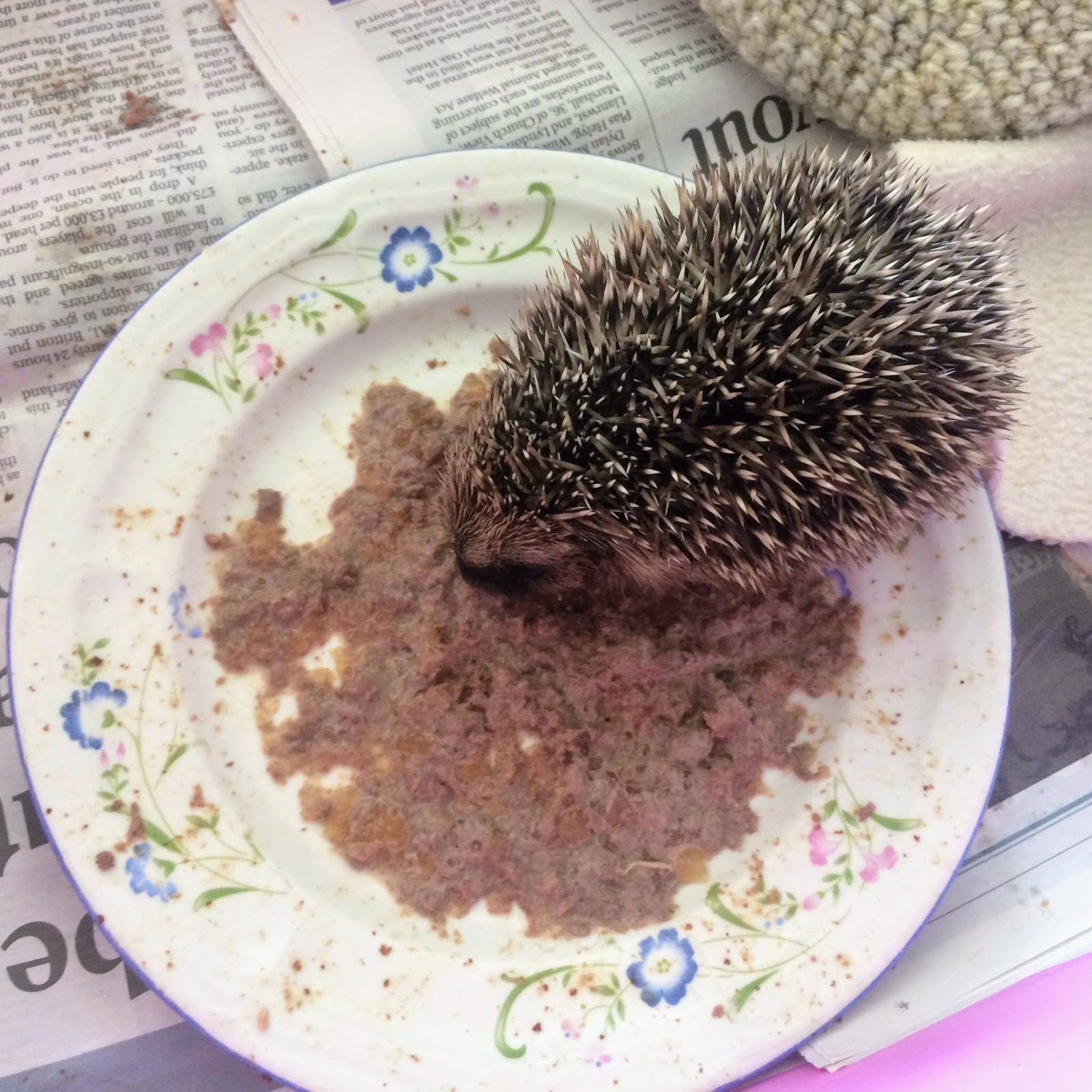 As part of the John Muir Award, we observed an animal.   Our leader Ginny runs Pembrokeshire Hogspital so she kindly bought in two of the baby hedgehogs currently in her care for us to meet. 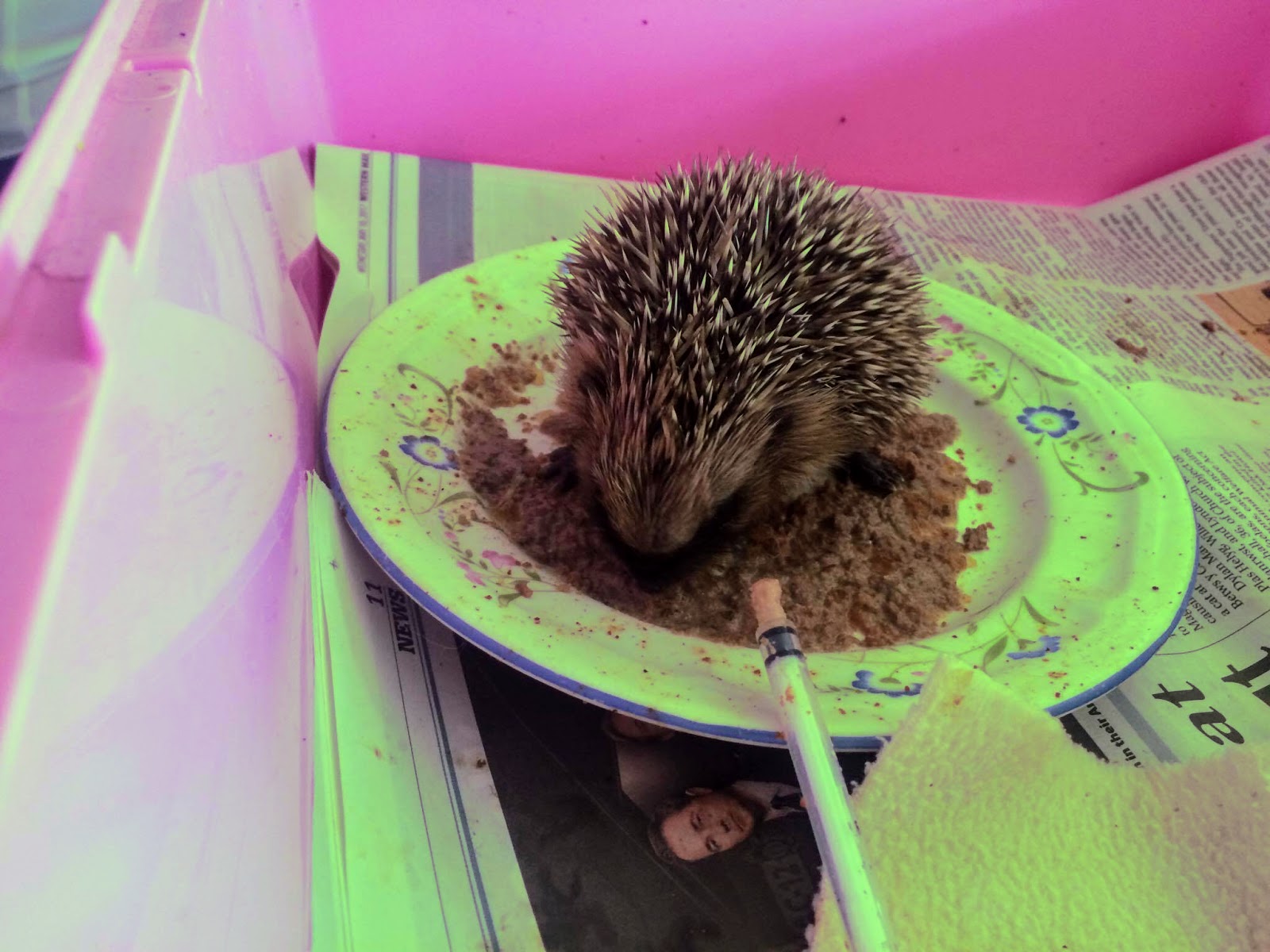 We watched Mace and Rocky Racoon.  Ginny hand fed them and then let them help themselves to some more food.  They ate a mixture of puppy food and water.  They get really messy when they eat. 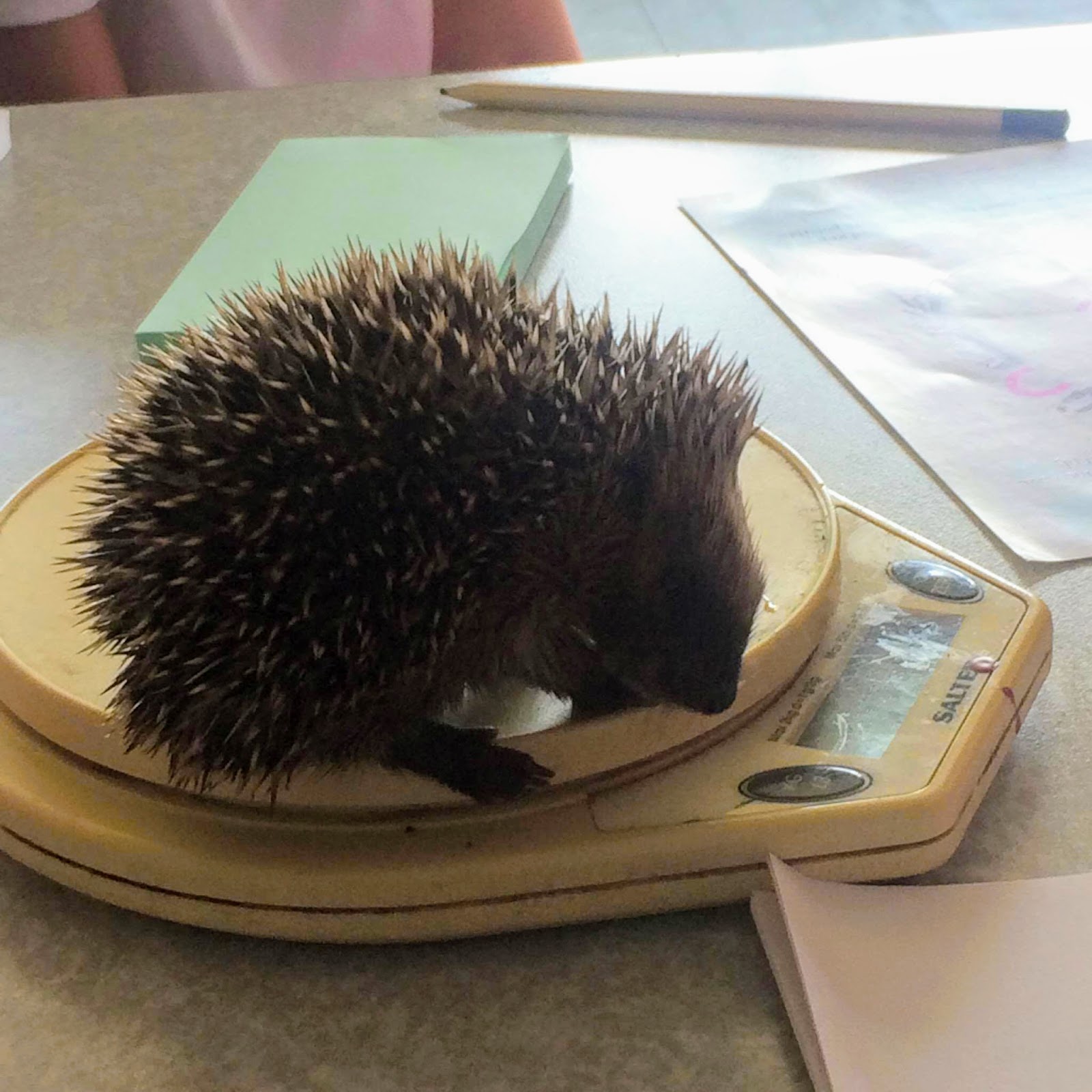 We then weighed them.  Mace weighed 100g and Rocky Racoon weighed 132g. 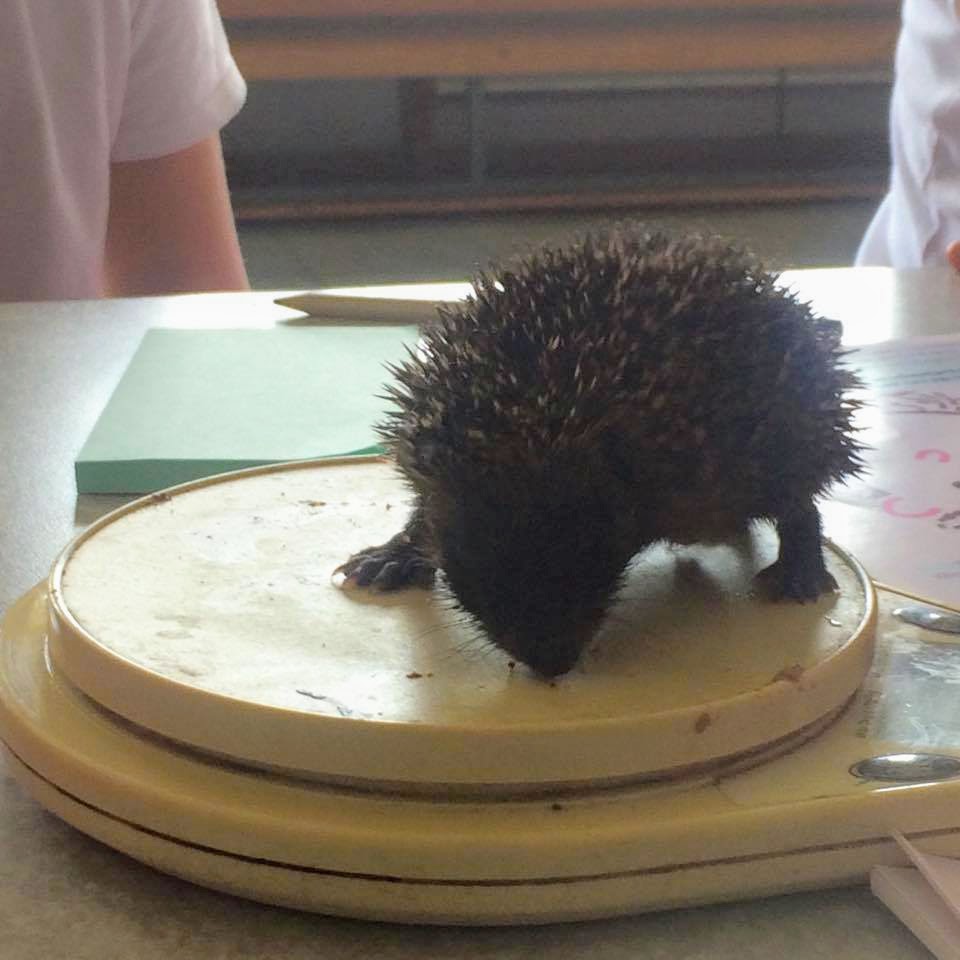 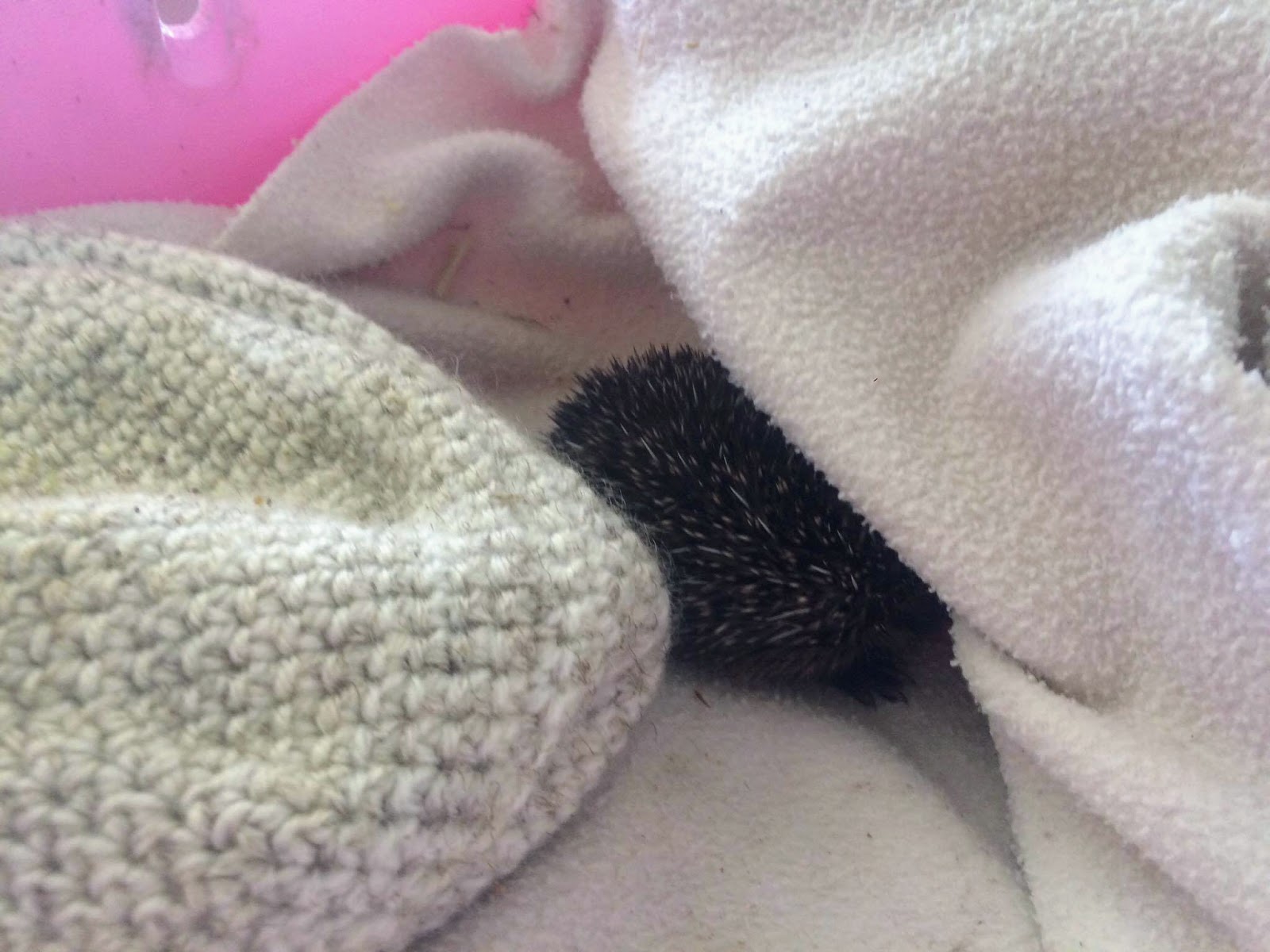 After eating Rocky Racoon was ready to curl up for a nap.  They are nocturnal creatures. He looks so cosy. 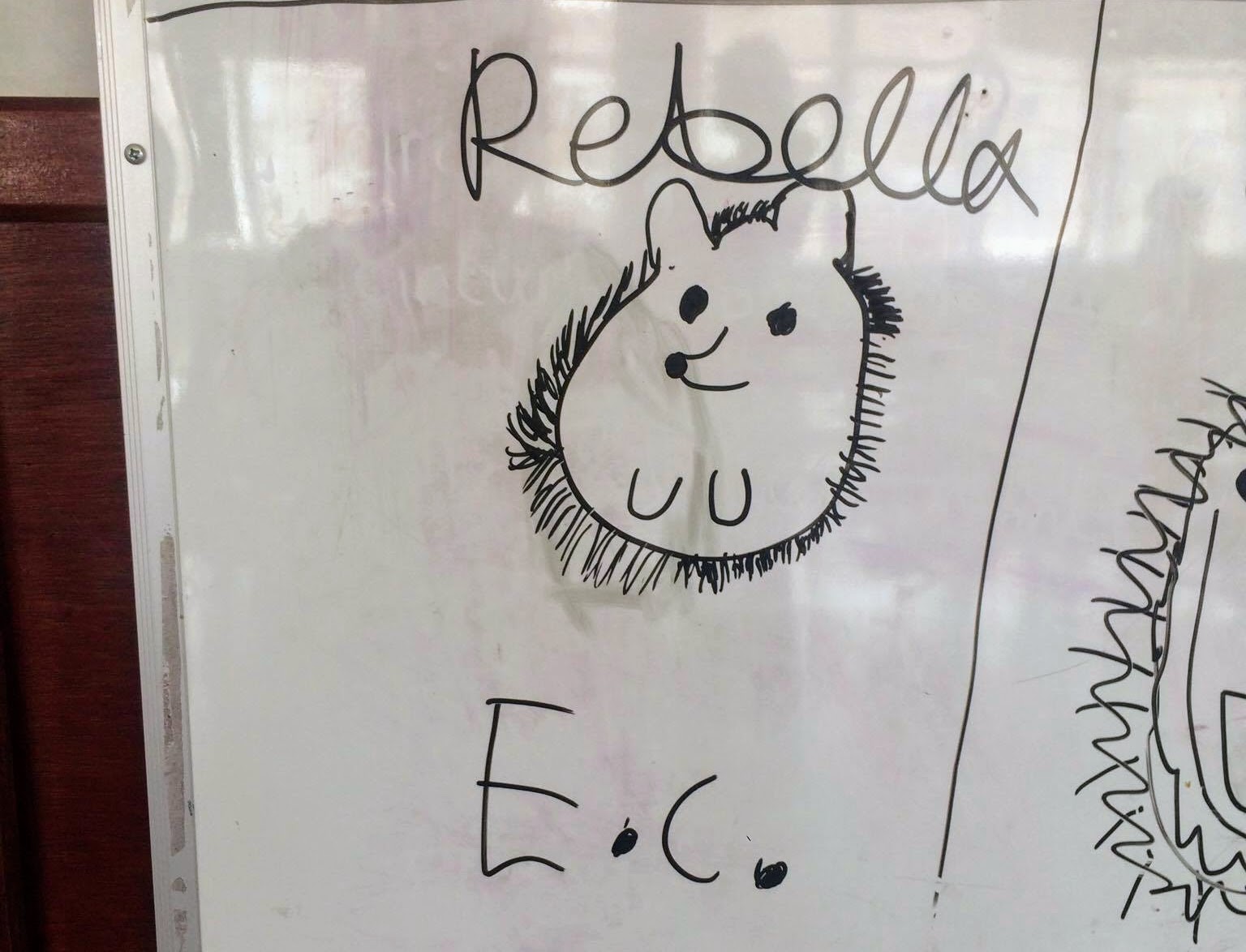 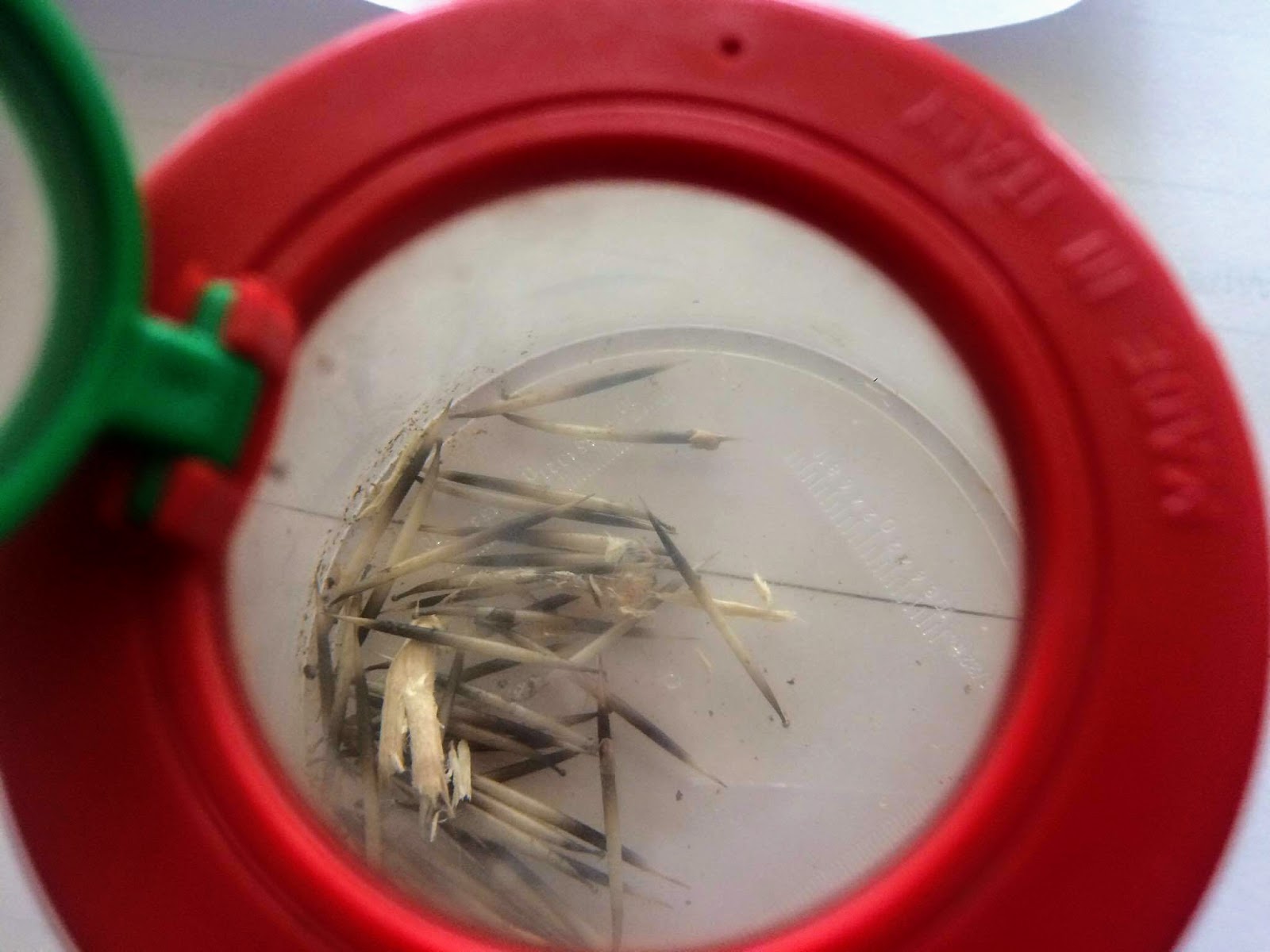 We then had a look at their magnified prickles, which they moult.  When under attack hedgehogs raise their prickles in all different directions making it very painful for predators to attack them.  They feel quite soft when relaxed though.  They use their moulted prickles for nest making.  The spines are hollow, springy and flexible.  They can have around 6000 spines.


We learnt some hedgehogs facts:

I was shocked to hear how hedgehogs are in decline.  This is due to loss of habitat, poor hedgerow management, increase in roads and climate change.  I know we have seen an increase in hedgehogs in our garden since the field and hedge was dug up to make way for the new school.  Sadly the busy road will not help the hedgehogs either.

How you can help Hedgehog Rescues

Hedgehog Rescues all over the UK work hard to rescue and release hedgehogs back into the wild.  Our local hedgehog rescue is Pembrokeshire Hogspital.

We can help them by donating:

You can also help hedgehogs by making your garden a safe haven for them to live.  We hope we can visit Pembrokeshire Hogspital one day- thanks for the hard work you do!