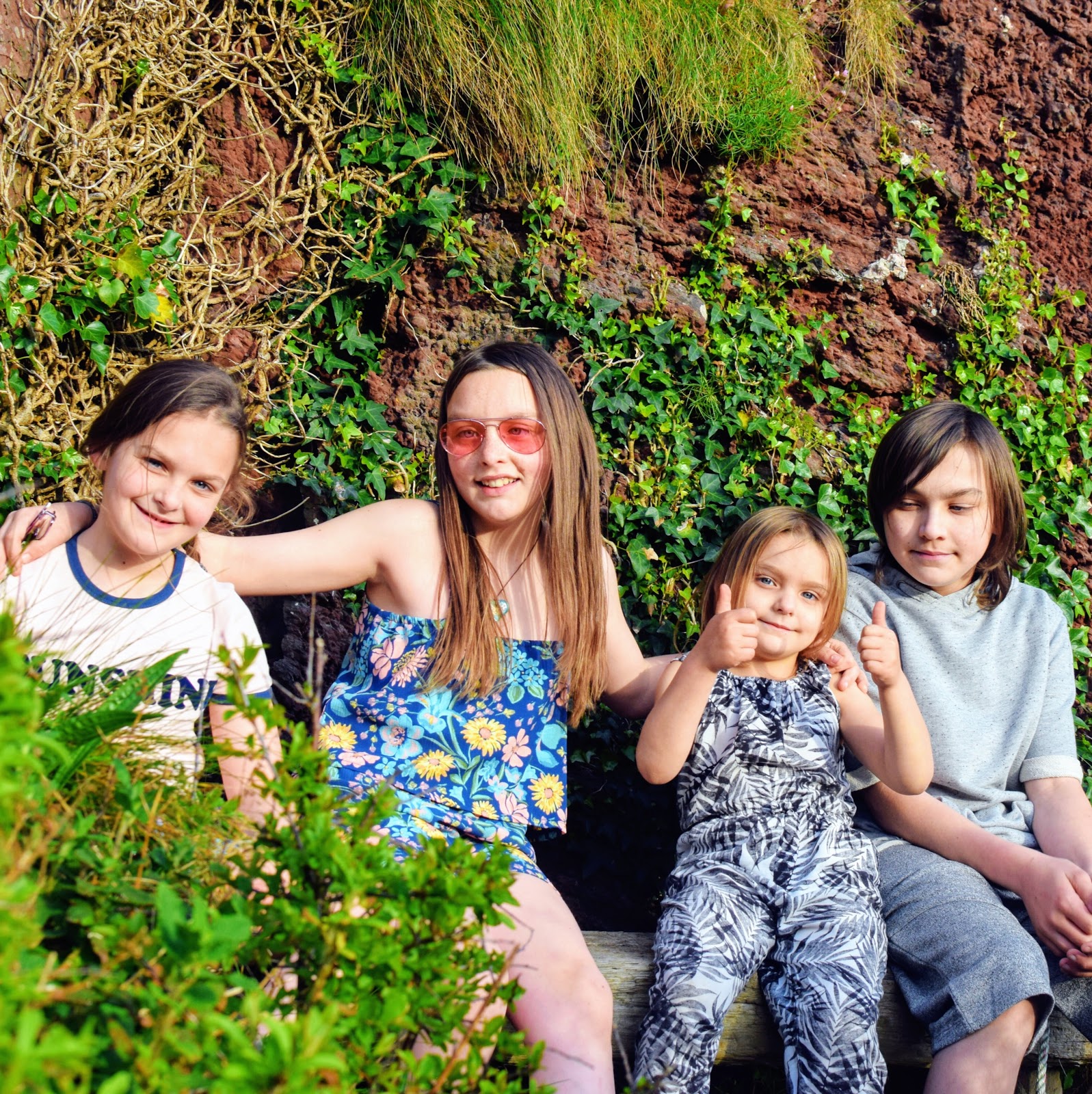 Life really does seem to speed up as you get older, doesn’t it?  My last Life Lately post was in March 2016 so it seems we’re in need of a catch up!  The rest of that year was pretty busy with Danny’s planned heart operation in April, then Rebecca’s emergency operation in June, followed by a busy summer holidays, then back to school and crazy Christmas and so on!


I hoped 2017 would be calmer but with Mum being seriously ill from January 1st it wasn’t a great start to the year.  Since she’s been home and well I’ve just been trying to catch up with work and life, so what have we been up to: 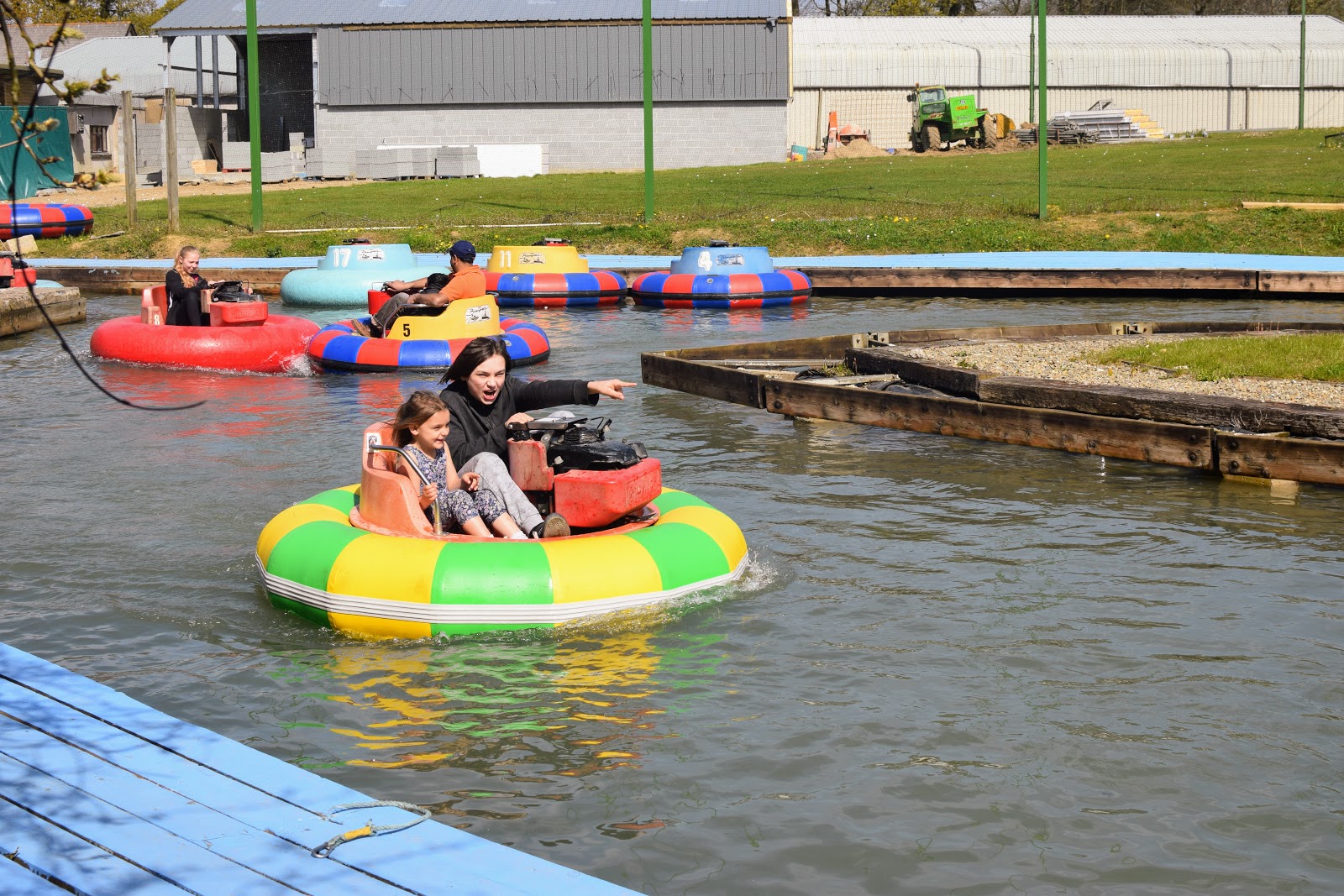 Danny turned 14 in April and we went to Heatherton Theme Park for the day.  We’re definitely going to go there more often now the kids are older. 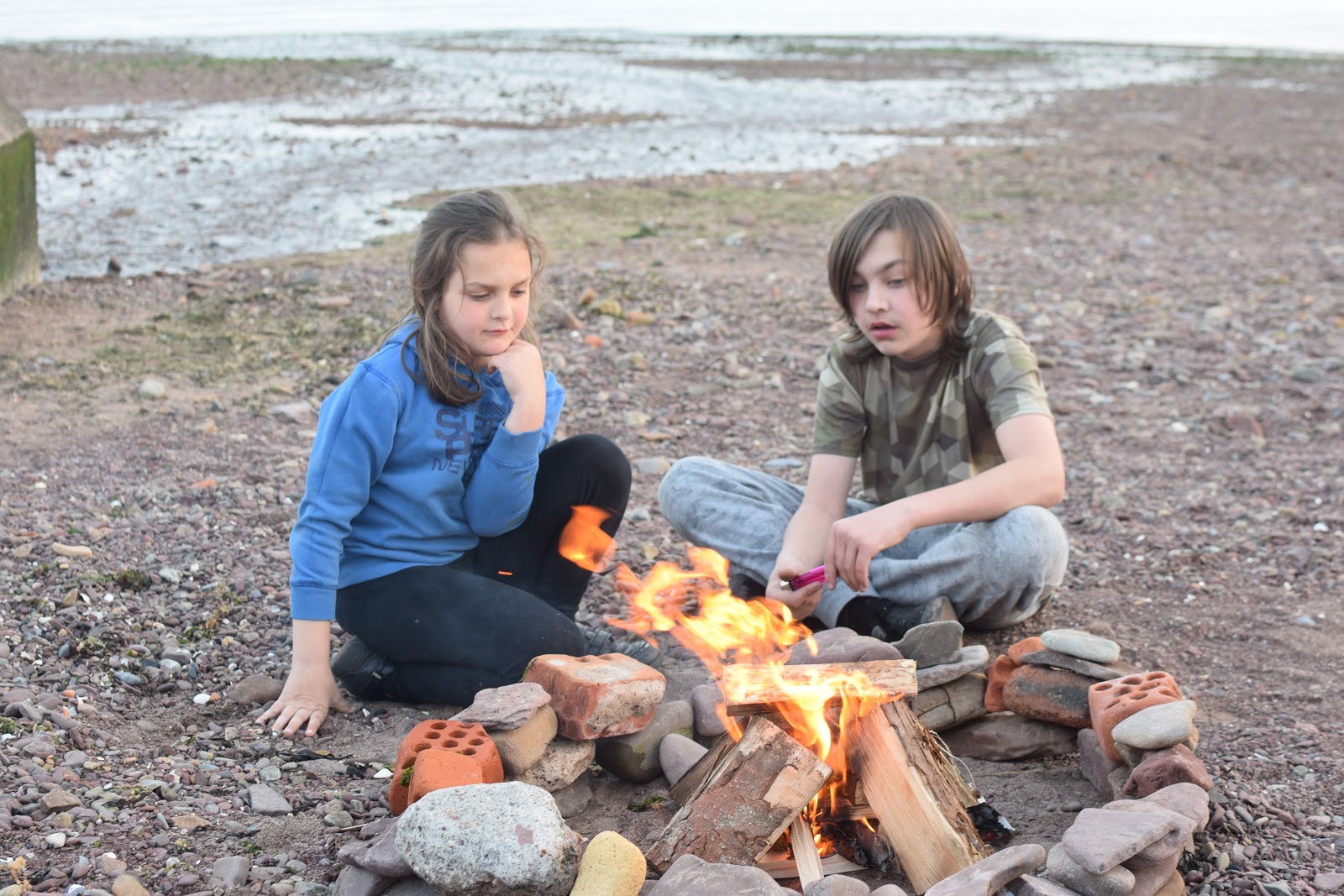 We then had a fire down the beach that evening.  Hopefully I’ll write this post up soon (promises, promises).   Danny recently chose his options for school and will be starting his GCSEs after Whitsun.  It really doesn’t feel that long ago that I took my own GCSEs, I wish I could slow down this time with my first born.  Danny and I also went to Oakwood Theme Park and had an amazing time on the roller coasters.  When all the kids are with me I can’t relax and enjoy the “big rides” as they’re not all old enough to go on them, so this was a treat for both of us). 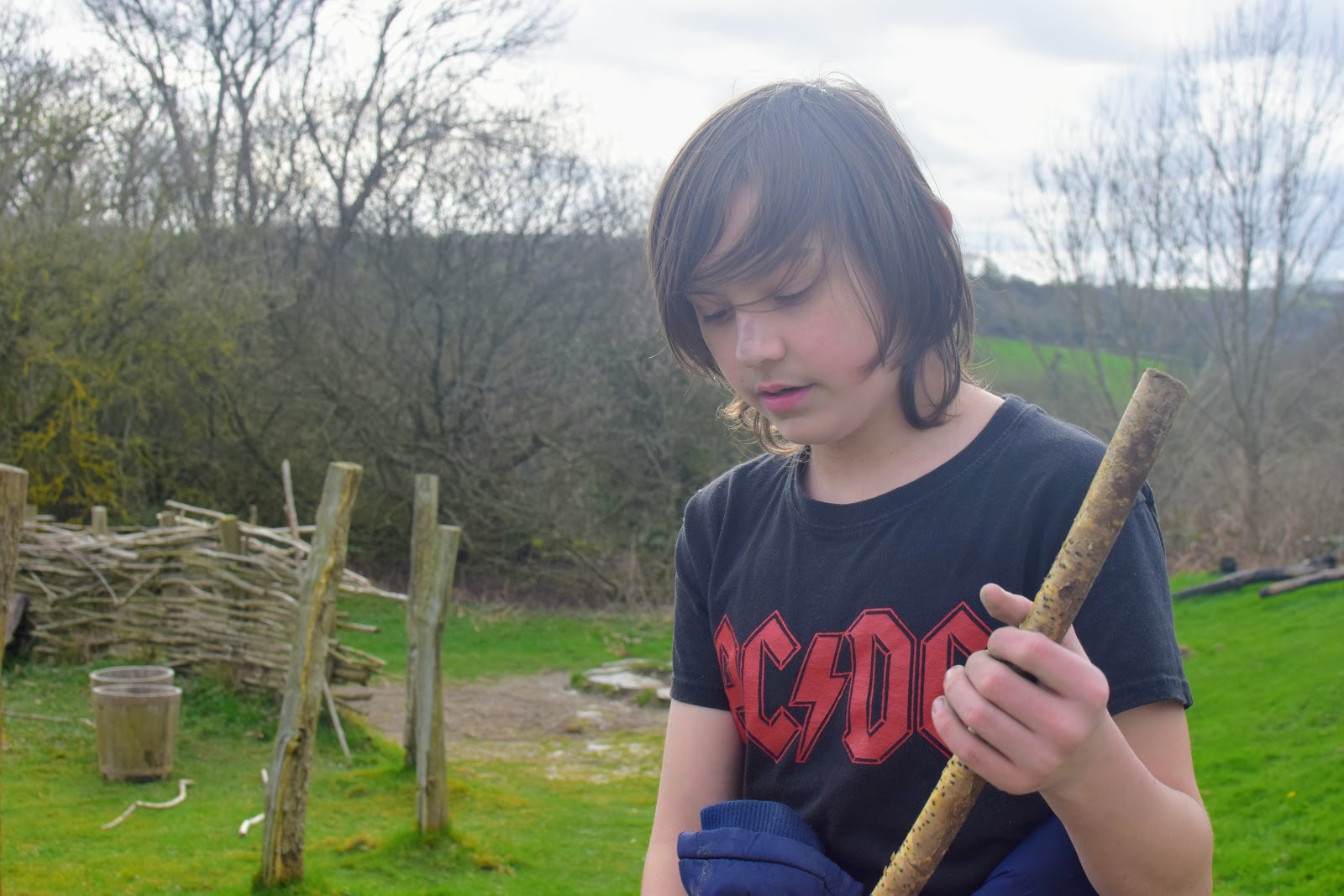 Danny’s doing well health wise (we’ve even been given a “fit to fly” letter so he can fly on holiday this year without oxygen!  This is amazing news and a huge relief!


I’d love to see him joining in with more clubs and spending less time on his Playstation and phone but most parents with sons of a similar age seem to say the same when I talk to them about it so hopefully we’re not doing too badly.  Also I keep hearing adults complaining that kids don’t spend enough time outdoors but as much as he likes his gadgets thankfully Dan does love the outdoors too and we do spend a lot of time outside exploring so I don’t have any worries there.  I’d just be happier if his time indoors was spent more productively (when he’s a successful computer game designer I’ll have to eat my words, of course!). 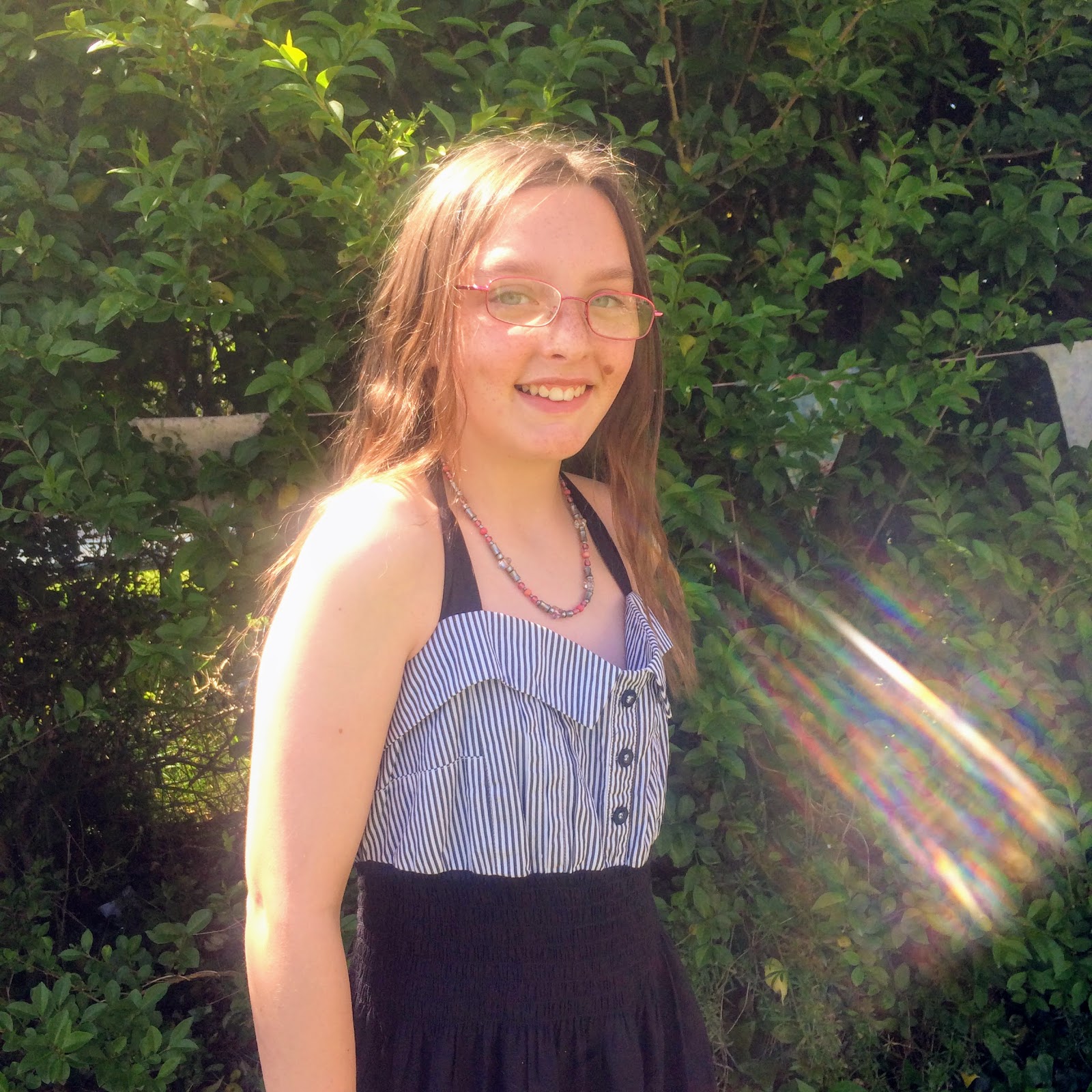 Rebecca is 10 and now a Guide.  She’s growing up fast and will be travelling to Switzerland with her Guide pack this year.  I’m so excited for her (and also worried sick too).  Rebecca is a fellow vegan so we’re having to think of the food she can eat out there (they’re bringing food to cook but will sample chocolate etc too, so hopefully the dark chocolate will be dairy free).  Rebecca is a good all rounder, she’s happy outdoors swinging in the trees or indoors reading a book quietly.  She’s always making things, sewing, writing, playing guitar and is still very helpful and lovely company to be around.  I feel guilty as she does the most to help out of all the kids and without the fuss, I’m trying really hard to encourage the other kids to help out more as the harder we work the more time we then have to play and for fun family adventures but that concept doesn’t seem to click so quickly for the others! 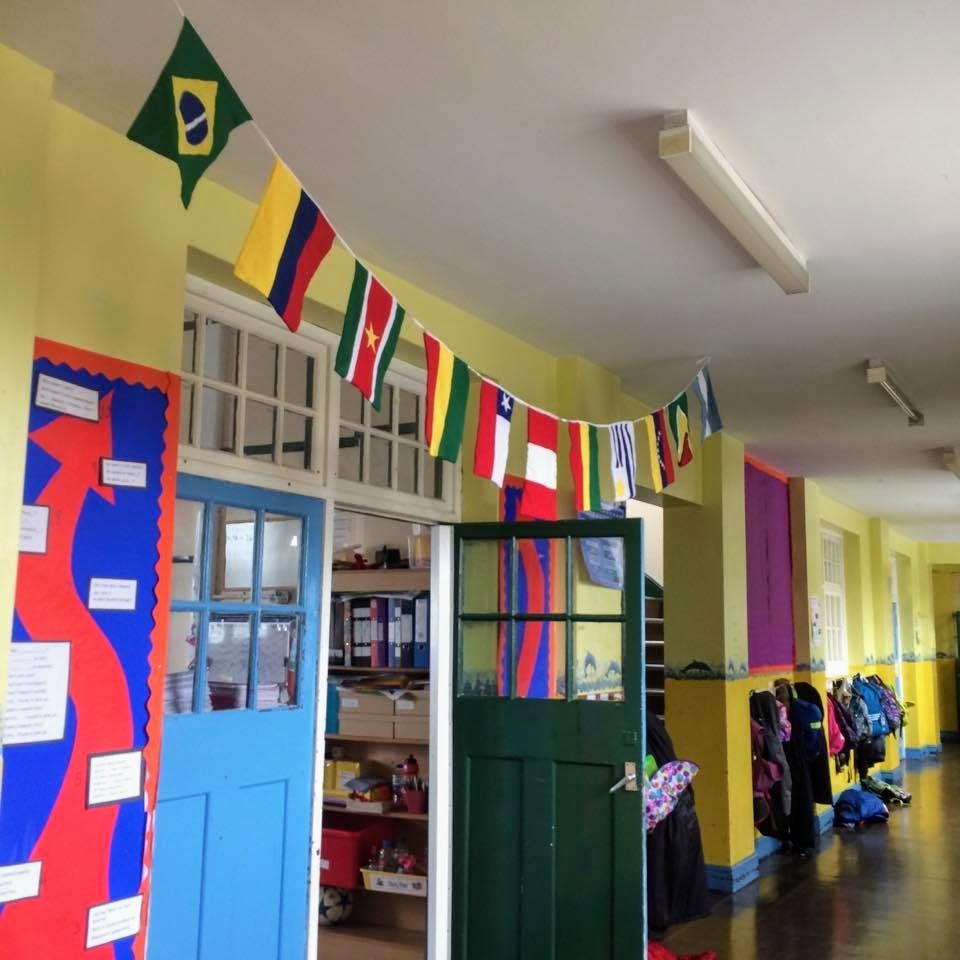 We’ve been trying to get the sewing machines out more often at home.  Rebecca has been collecting old clothes to up-cycle them into new outfits for herself (she loves her fashion).  I used to love designing and making clothes when I was younger too.  I remember cutting old dresses into basque tops and using the remaining fabric for matching handbags and hair bands!  I just used to have a go and didn’t mind if it all went wrong.  I’m dressmaking again now but feel really scared each time I cut the fabric.  I need to remember just to go for it.  Here is some flag bunting that we made with school recently as they’re learning about South America.  Rebecca is also planning to make flag bunting of the countries she will visit on the Switzerland Trip- France, Belgium, Luxembourg, Germany and of course Switzerland. She could add Wales and England too. I’m looking forward to buying a long table for our dining room so we can set the sewing machines up more often and make things together more easily. 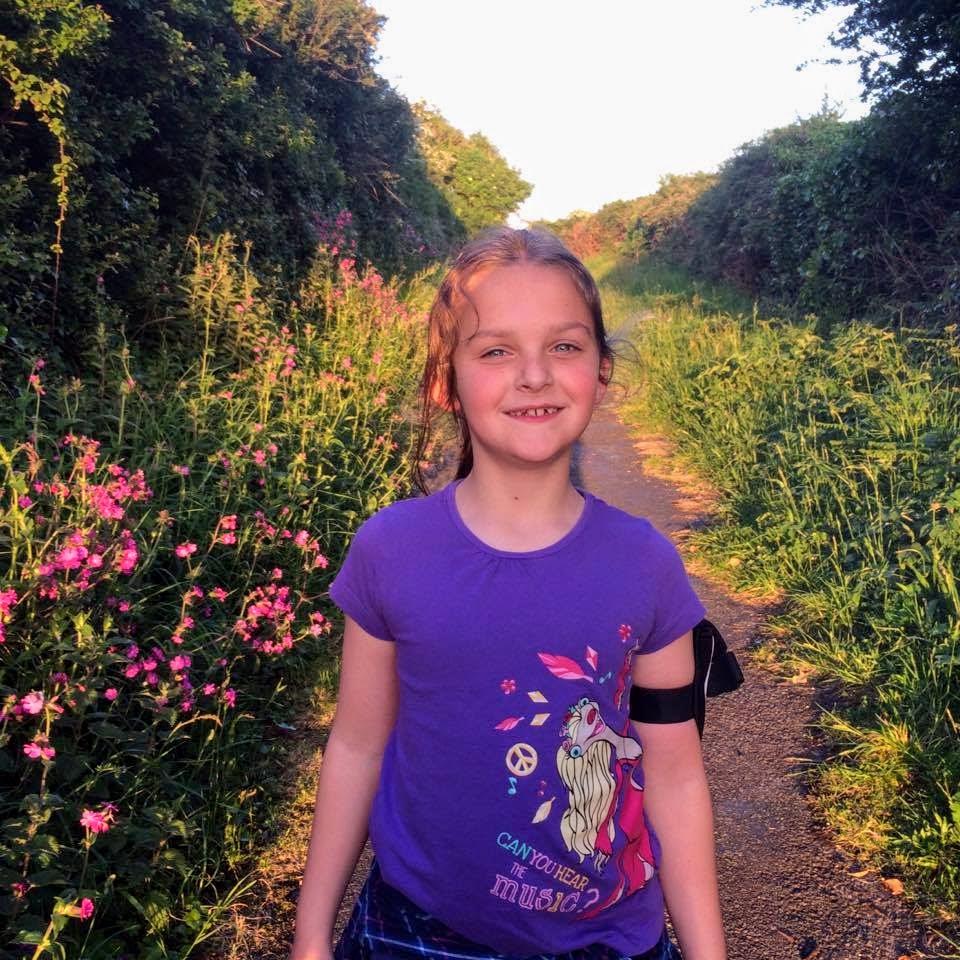 Caitlyn is getting even more independent (if that’s even possible). All she wants to do is play out with her friends. I love her doing this but I’m not keen on the moodiness when she can’t see them as we have plans or when it’s time to come in. I want her to enjoy playing with her friends but also to be happy to come home to us as well. I do remember what it’s like to want to be with your friends all the time but it’s hard when you’re on the other side. We’ve been sewing together too and are currently making a castle cushion with Springboard. She really benefits from the one to one time with me. We’re hoping to start all the girls at football after our holiday. Caitlyn’s been asking to go for ages but it took me a while to find a club that worked out day and timewise. Hopefully they will all enjoy it. Caitlyn is still enjoying brownies and went on a fun camp to Orielton over Easter. She’s still dog crazy and loves spending time with Toby and Dodge (she’s less keen on cats though!). 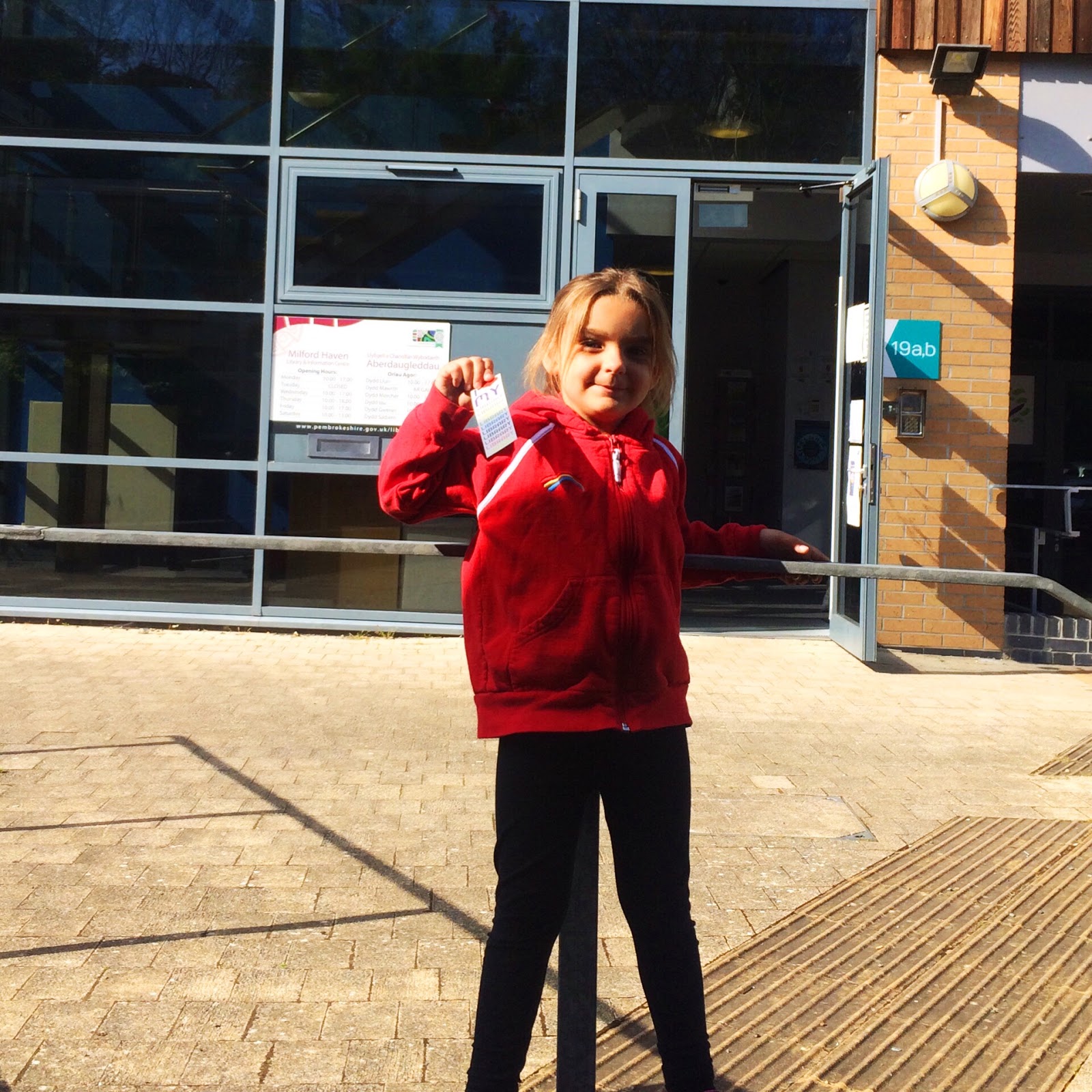 Izzy has just started at Rainbows (so we have one at each girl guiding level now!). I worry that I baby her as she’s the youngest in the house, but she went off confidently and is enjoying it each week so I’m sure she’s going to be alright. She’s really into nature at the moment- our garden is full of little nature areas that she’s made for the different creatures that live there. 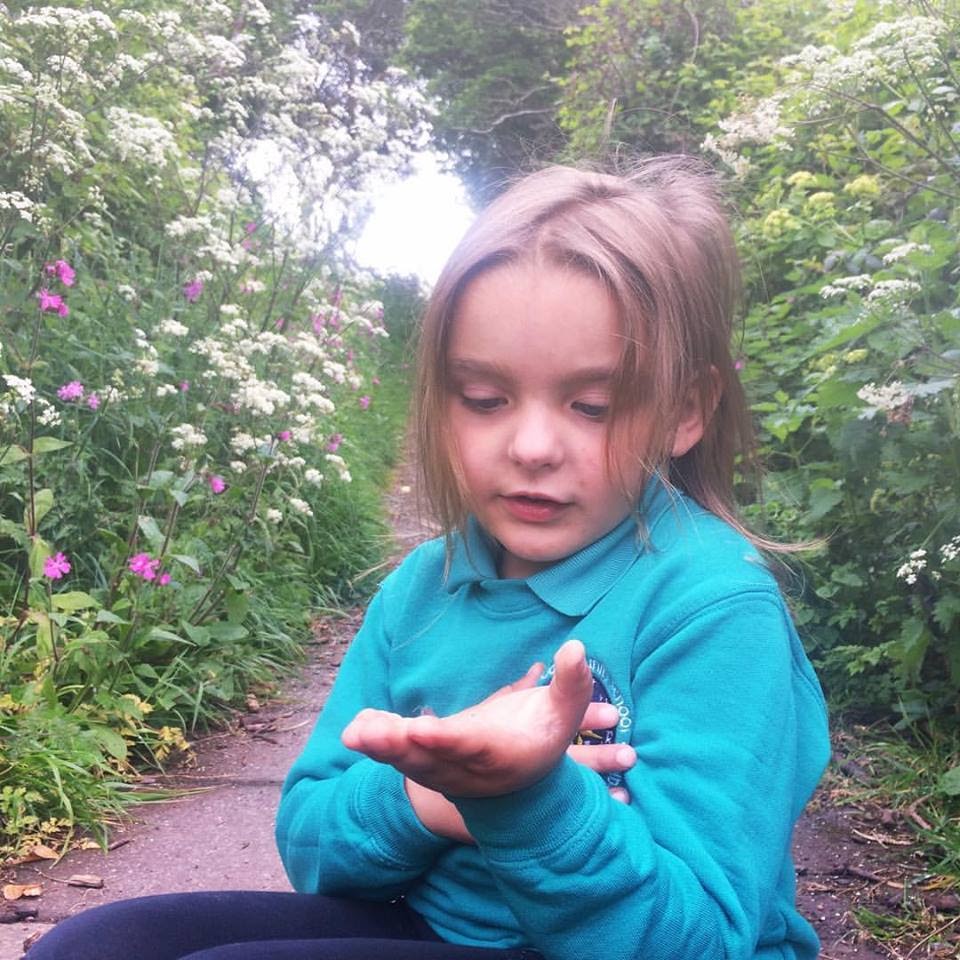 I love the school walk home from her as there’s so much to see at this time of year and she takes it all in (I’m going to write a whole post about this soon too as due to the building of the new school, this landscape is changing fast and I want to record it for the kids). She’s enjoying school and coming on lovely with her reading. This week in school she won the class scooter to take home for the week (that’s a new one for me!). She is so comical with the best sense of humour. She doesn’t get upset often but when she does it breaks my heart as it’s so unusual. She’s just a cutie pie bundle of love (as they all were at that age). 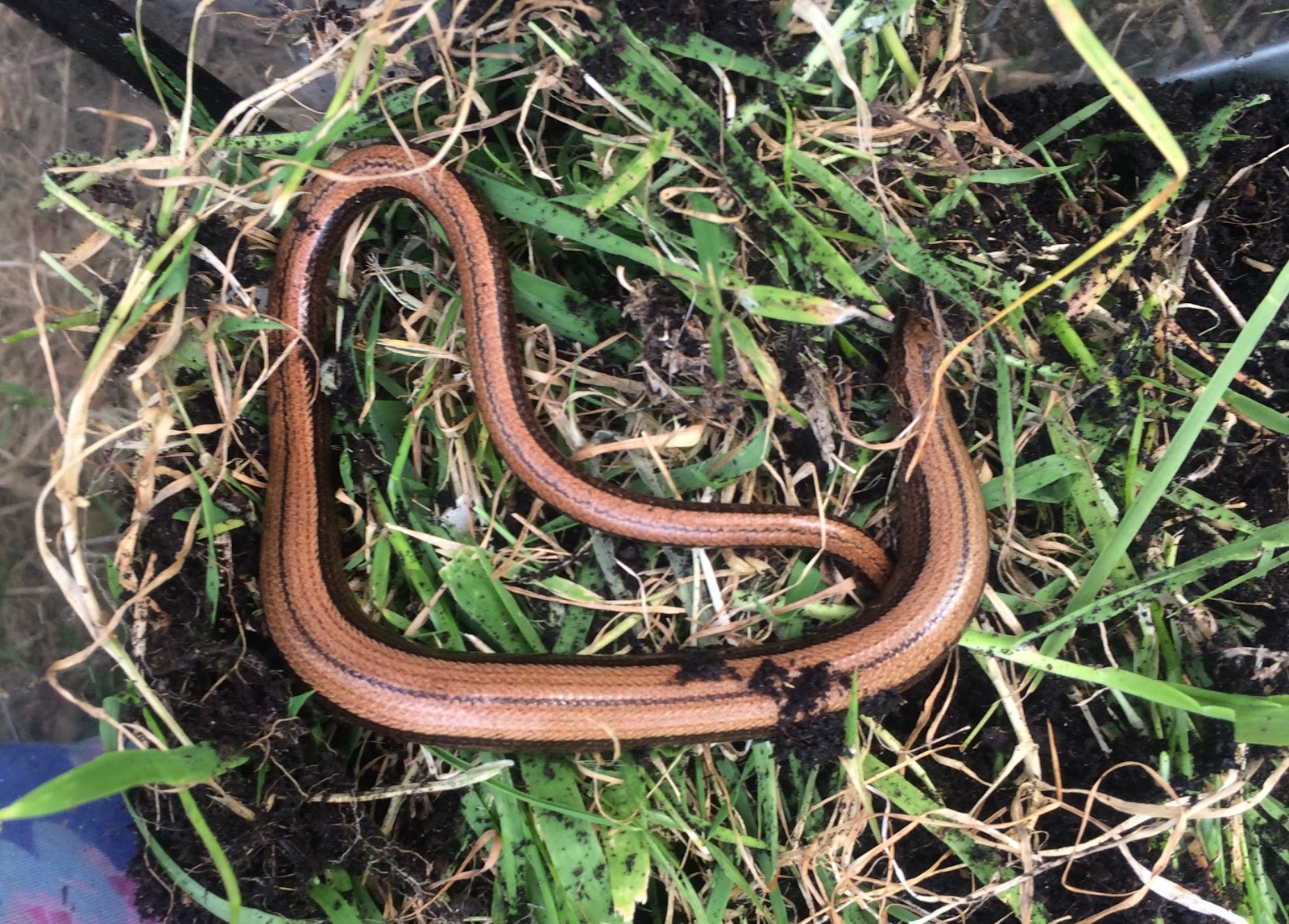 Talking of nature, as well as the usual creatures, we’ve seen a slow worm and a hedgehog in the garden recently (I have a whole hedgehog post coming up soon). Also in the garden, Dave has put up the new playhouse- yay! Now we just need the new shed and the swing set up as well as a picnic table. 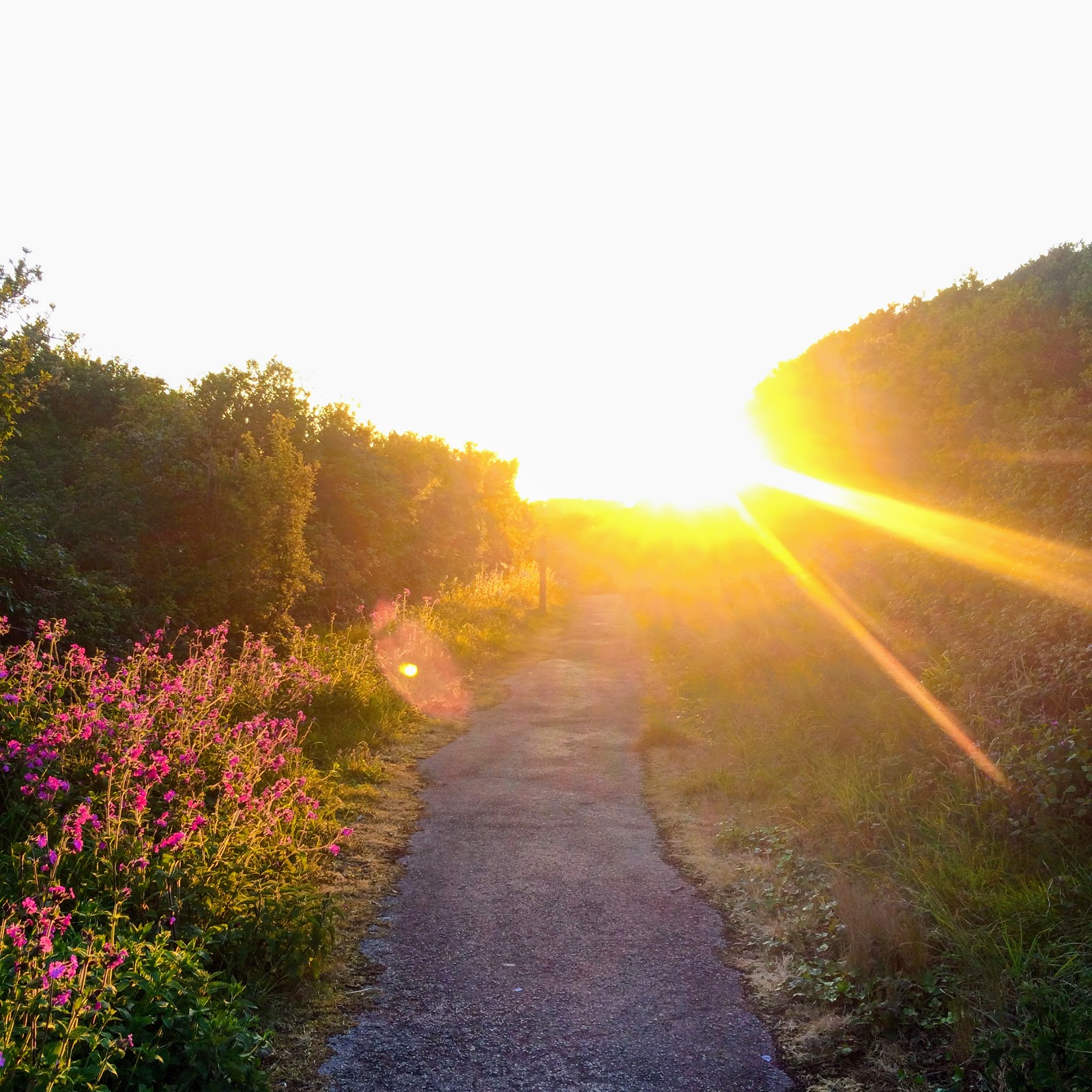 I’ve finally started running again (I think my accidental break lasted about two years!). The kids have been coming with me a lot of the time. I’m useless, I could be the slowest, most unfit runner in the world, but I love it. My aim every session is just to try to run the whole way and gradually extend the route. The path is so pretty and we’re usually rewarded by the sight of the sun setting once we get to the beach so that helps! I’m also walking more. During the holidays we walked to every local activity instead of driving and I felt a lot better for it.


As I said earlier I’m sewing both up at the school with the kids and at an adult class too with a lovely bunch of ladies so it’s good for the soul as well as honing my skills. I can’t wait to share some craft posts on here soon.


Dave is busy at work fixing boats, doing paper work and also practising and gigging with his band. I’m busier that ever with my freelance writing and blogging. I’m really pleased about this as you never know how much work you’ll get when you’re self employed but it means I do have to work harder to keep up with personal posts on this blog, which is the whole aim and reason we set it up!


We’re off on holiday during half term so I’m busy preparing and packing for that at the moment so the house is in even more chaos than usual! As it’s been so long, there is so much I could add but hopefully I’ll catch up with writing blog posts about all other our news soon.


That was our life lately, what have you been up to?