I mentioned on Facebook a few weeks ago that I’m very excited about the long awaited sequel to Mary Poppins.  Today, I’m pleased to share with you the first look at Emily Blunt as the nation’s favourite Nanny in this iconic film. 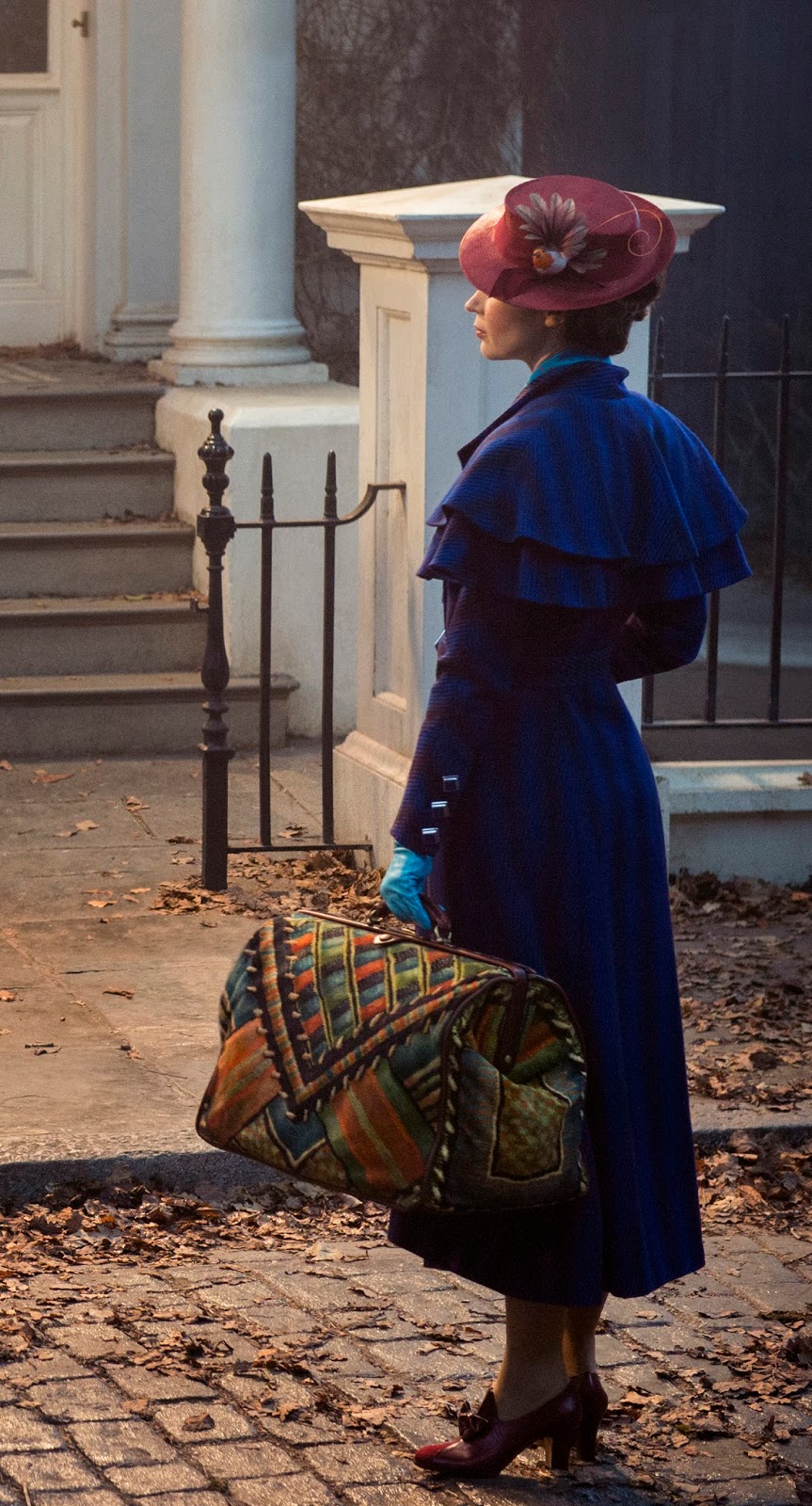 Mary Poppins was one of my favourite  childhood films and I’ve shared it all too often with my own children, but they always see it as one of “Mummy’s films” (despite it actually being released in 1964 way before my time).  I was having a discussion with family recently that I feel  there are too many sequels of films made nowadays, I mean I still take the kids along to see them but the appeal is definitely diluted in correlation to the number of films made.  If I remember rightly this didn’t happen as much when I was younger.  Mary Poppins Returns will be the Mary Poppins film that this generation of children  (and everybody above!) can claim as their own.  I have no doubt that sales of the original Mary Poppins film and tickets to Mary Poppins Live will rise as a result too!

For Mary Poppins  however, I make an exemption and eagerly await the sequel.  Since watching the Mary Poppins Musical at Wales Milennium Centre I was inspired to read the original Mary Poppins- The Complete Collection books by P.L. Travers (I have no idea why I never read them as a child?) and discovered that there was always a lot more material to make into a film if Disney ever managed to get the go ahead from the ever resistant Pamela Travers.

I’m quite surprised that instead of using these stories in their original form we have jumped ahead to when Jane and Michael are grown up and Michael has a family of his own.

As director Robert Marshall says, “It is not a new Mary Poppins.  PL Travers wrote eight books altogether. They worked from the first book, and we are working from the other books, not touching the iconic brilliance of Mary Poppins.

“This is an extension. I’m a huge fan of the original, and I’m a very good friend of Julie Andrews, and I hold it in such awe. There is all this new material – it was the Harry Potter of its time – and they were never turned into anything further than that adventure.”


Directed and produced by Rob Marshall, “Mary Poppins Returns” also stars Lin-Manuel Miranda, Ben Whishaw, Emily Mortimer and Julie Walters with Colin Firth and Meryl Streep. The film, which introduces three new Banks children, played by Pixie Davies, Nathanael Saleh and newcomer Joel Dawson, also features Dick Van Dyke and Angela Lansbury. The film is set in 1930s depression-era London (the time period of the original novels) and is drawn from the wealth of material in PL Travers’ additional seven books. In the story, Michael (Whishaw) and Jane (Mortimer) are now grown up, with Michael, his three children and their housekeeper, Ellen (Walters), living on Cherry Tree Lane. After Michael suffers a personal loss, the enigmatic nanny Mary Poppins (Blunt) re-enters the lives of the Banks family, and, along with the optimistic street lamplighter Jack (Miranda), uses her unique magical skills to help the family rediscover the joy and wonder missing in their lives. Mary Poppins also introduces the children to a new assortment of colorful and whimsical characters, including her eccentric cousin, Topsy (Streep). The film is produced by Marshall, John DeLuca and Marc Platt.  The screenplay is by David Magee based on The Mary Poppins Stories by PL Travers with Marc Shaiman and Scott Wittman writing all new songs and Shaiman composing an original score.

“Mary Poppins Returns” will be released in the UK on December 2018 and I for one will be there, will you?