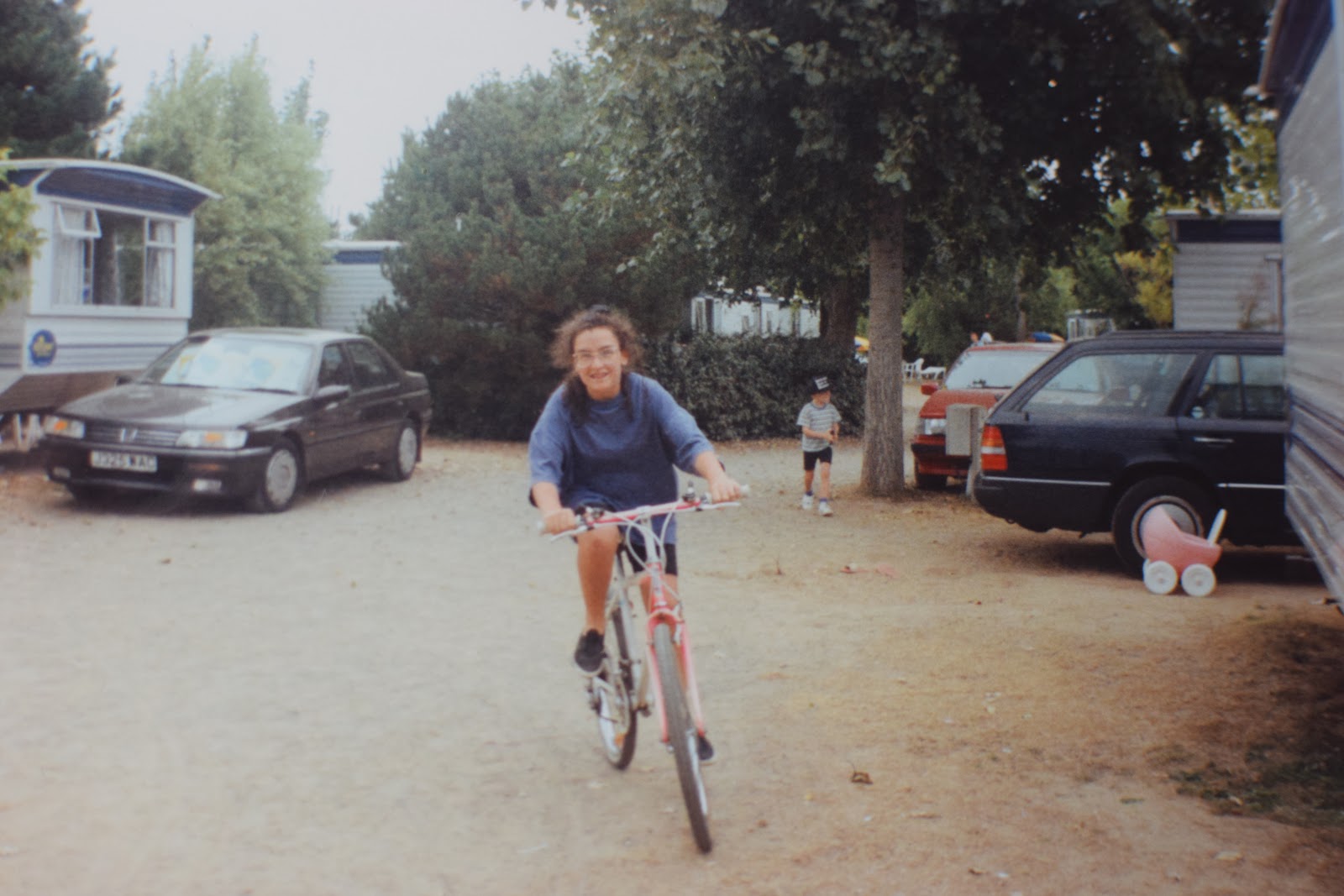 Cycling for me has always been a fun hobby rather than a sport or a form of transport.  Growing up in the 80’s there seemed to be more children on our quiet street than cars so it was quite natural for us to play “on the road”.   We would play all sorts of games from tennis to rounders but we loved most of all to play on our bikes.  We were quite happy just riding up and down the close, sometimes we would race each other but our favourite game of all was “Taxi’s”.  We would ride round and round, stopping to pick up our friends who needed lifts and then drop them off at their “destination”.   We only had to come in when the evenings grew dark and I remember making the most of the summer nights when we managed to have a few extra hours of sunlit play.


I remember the thrill as we accelerated down the hill (our brakes always had to be in good working order or we’d have ended up in the woods at the bottom!).  Cycling uphill was harder but over the years as I upgraded to a bike with gears the easier it became (I don’t know if I’d make it nowadays on any bike due to my  (un)fitness!).


My friends and I had a variety of different bikes between us.  Some were hand me downs from the 70’s (no bike was taken to the scrapyard or dumped, they were all passed on, done up and (excuse the pun) re-cycled.  We mainly had unisex bicycles although “character” bikes were starting to get more popular and I did choose a fluorescent pink bike in the “neon nineties”.   Halfords recently reminded me of another bike trend in the 80’s- the computer bike. 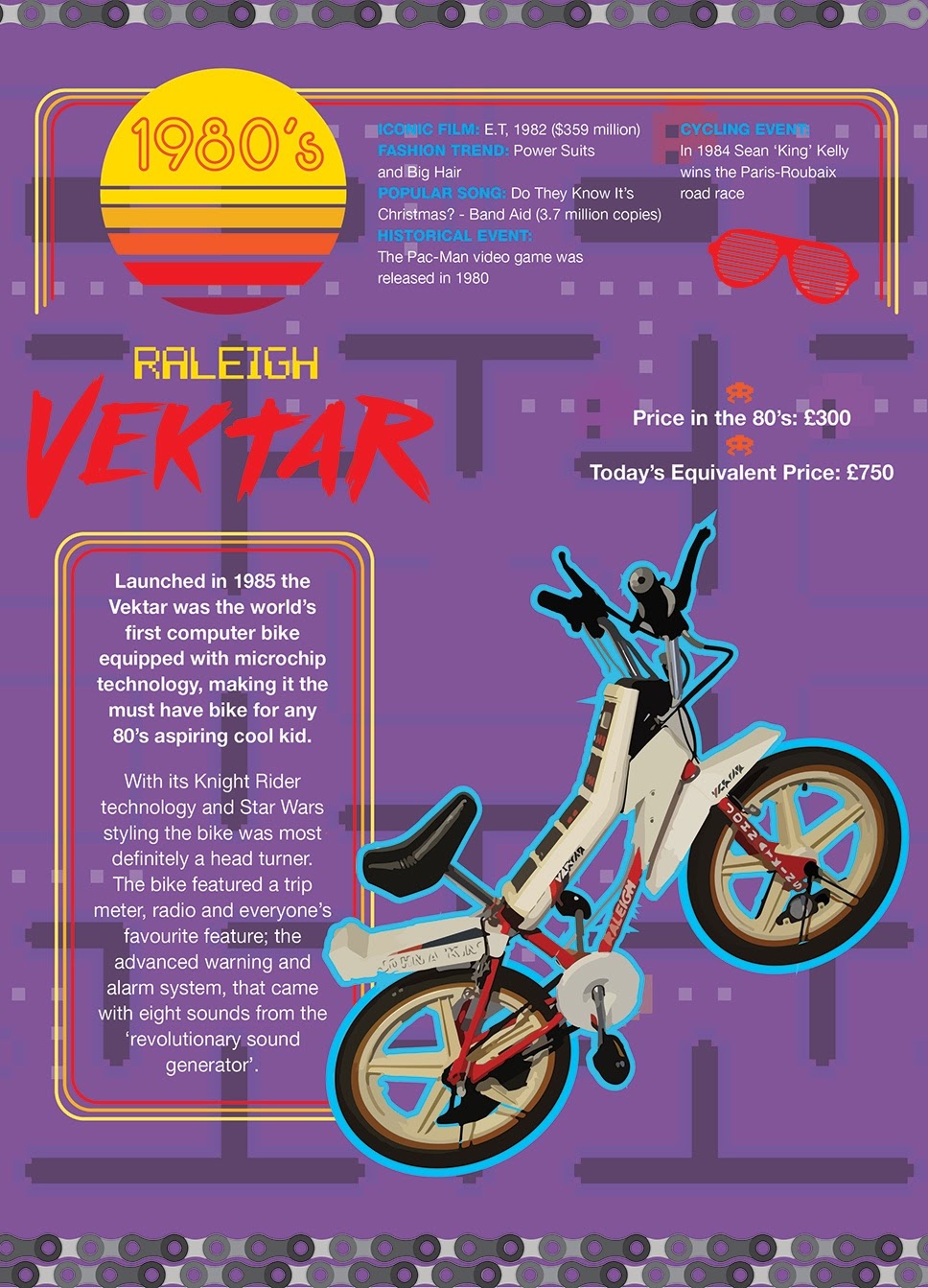 The 80’s was such a high tech decade so I can imagine the futuristic Vektar was a dream come true to many young cyclists.  I remember on a cheaper scale local kids adding electronic sound effects to their bikes and playing “police” as an alternative game to our taxis.  I was happy with my classic bicycle squeeze horn (remember them?) and of course the traditional bell.  Cycling while listening to my Walkman was as high tech as I went!


As a family today we don’t cycle as much as we should, but this is something I want to change now the kids are older.  The streets today are busier with cars so I’ll feel happier cycling on a safe path when we go for our family outing and luckily there are lots of great family cycle trails to follow as well as lots of great kids bikes to choose from.


Being a child of the 80’s am I longing for a high tech computer bike?  Looking at Halfords’  Bikes Through the Decades  my choice would have to be the 1950’s Cruiser as I still love the classic styling.

Take a look at this trip down memory lane- does it bring back memories of your first bike?  Which bike decade is your favourite to this day?