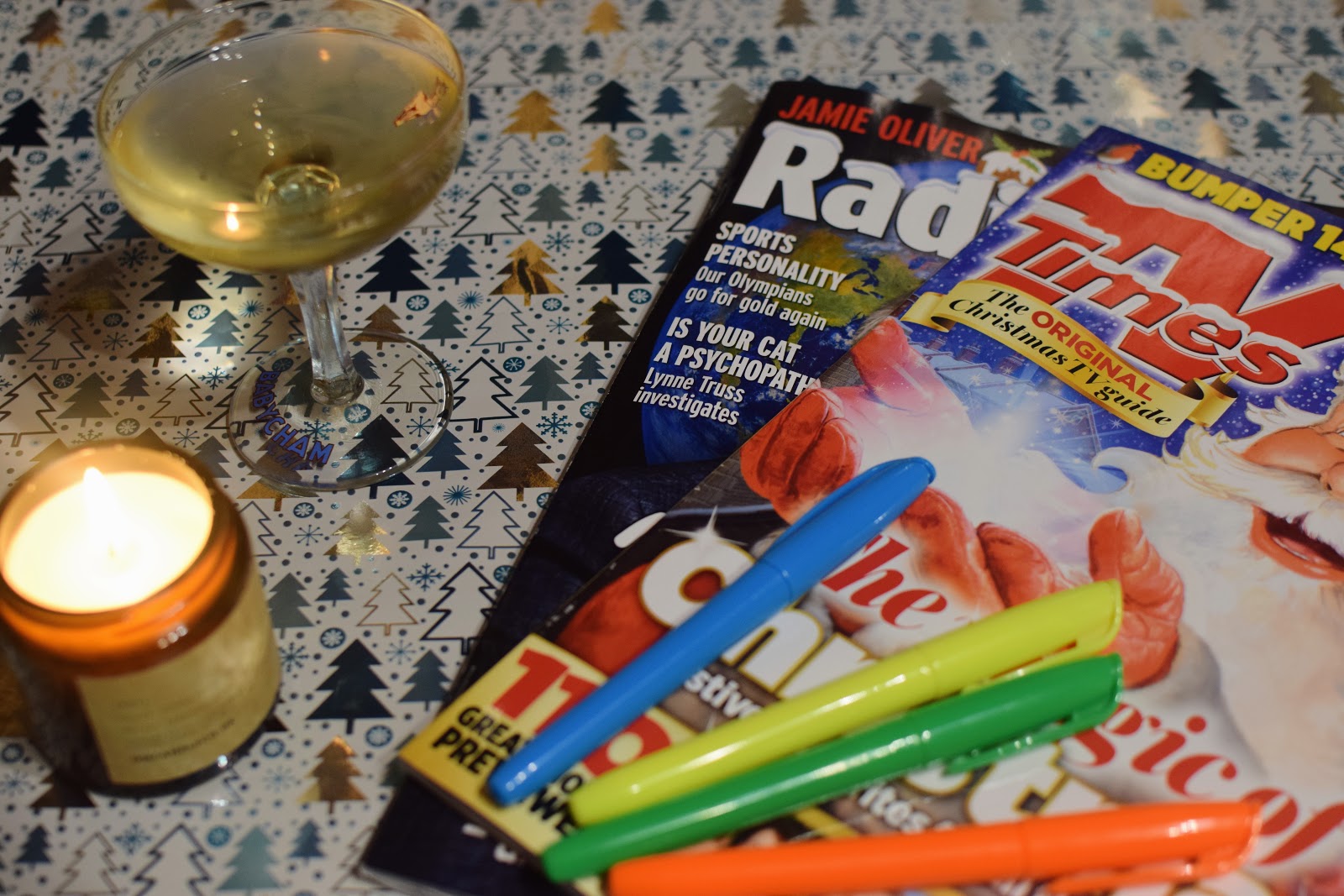 OK, I’m exhausted.  The build up to Christmas is a busy time.  I’m starting to look forward to vegging out on the sofa with my family watching the best kind of television of the year- Christmas TV (maybe Santa will deliver me a box from the Panasonic 4K TV Range to watch it on if I’m very good?*). 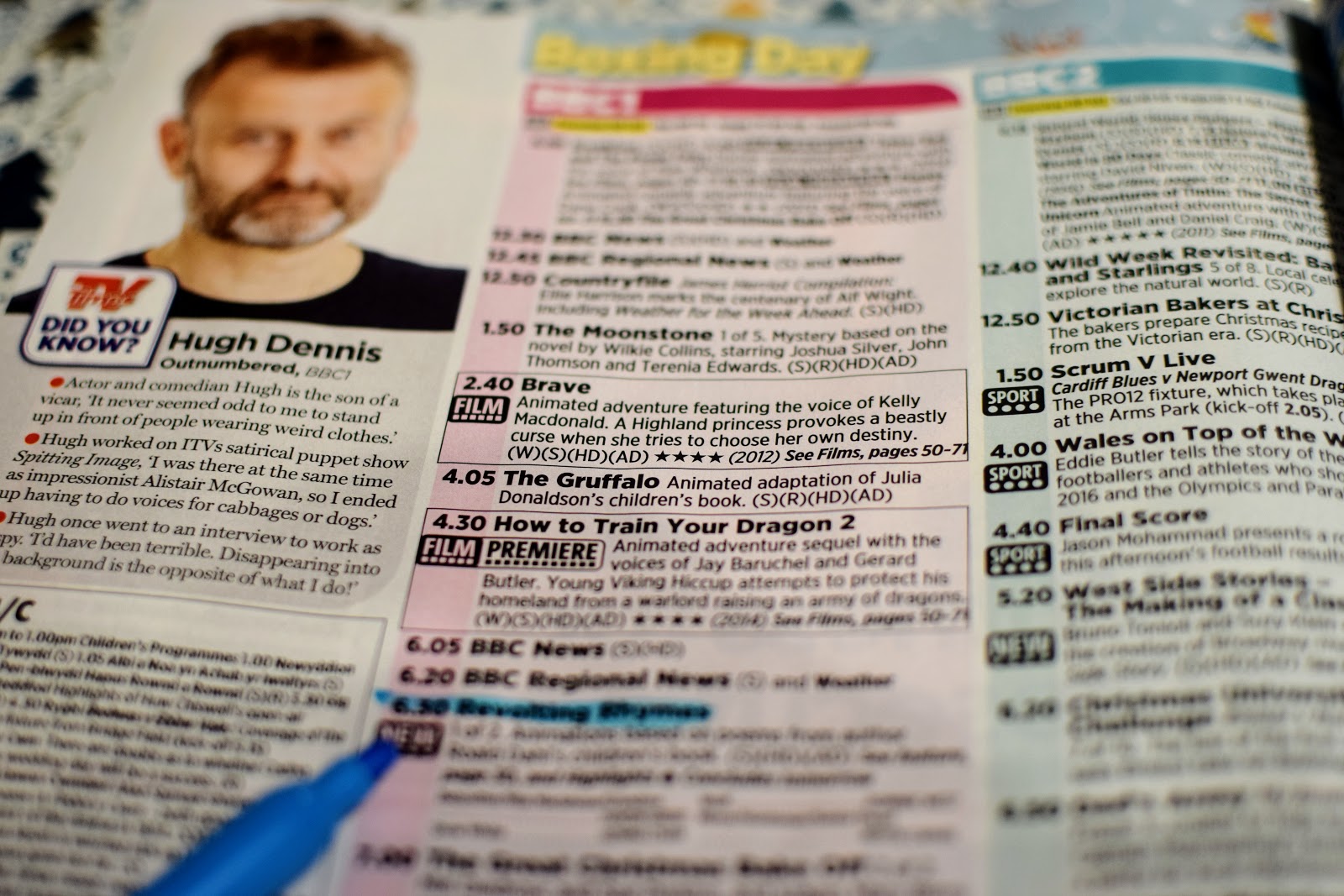 When I was young, only second to the excitement of looking through the Argos catalogue circling potential presents was flipping through the Radio Times marking what we wanted to watch over the festive season with a biro.  There was always a huge selection of top shows even in the days when there were just four channels (and one of them was Welsh Language channel S4C).  One show that we looked forward to each year was the “Only Fools and Horses” Christmas Special.  Other favourites were any animation by Nick Park and Steve Box- they were so good- and repeats of favourites such as The Little Match Girl and The Snowman.


Nowadays there is so much out there to choose form, some years I’m overwhelmed and miss all the good stuff.  So this year I’ve made a list of my top ten picks of Christmas TV ready to store on the planner- take a look: 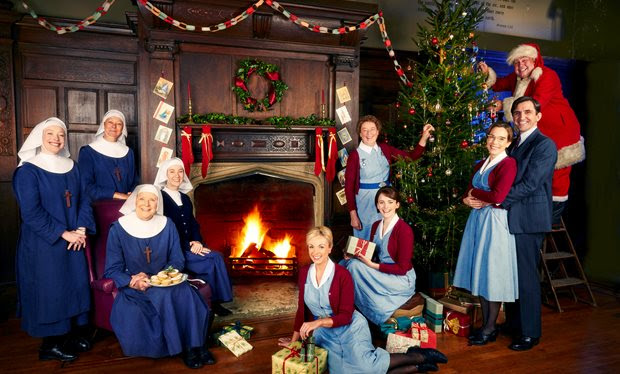 
Regular readers will know that I have obsessed about Call the Midwife  since before the TV series began.  It is such a comforting Sunday night period drama.  This feature length special opens in 1961.  We will briefly get to see our favourite characters enjoy a traditional Christmas at Nonnatus House before being whisked away to South Africa to help a struggling hospital.  Jenny Agutter (Sister Julienne), Linda Bassett (Nurse Crane), Victoria Yeates (Sister Winifred), Laura Main (Shelagh Turner), Stephen McGann (Dr Turner), Jack Ashton (Tom), Helen George (Trixie), Charlotte Ritchie (Barbara) and Cliff Parisi (Fred) will return and Sinead Cusack will guest star.  As well as facing new social issues in South Africa such as famine and a lack of water, where there are midwives  of course there will be new mums, births and babies and we will find out if the Nonnatus staff manage to perform a Christmas Miracle at Hope Hospital.


Look out for the Series 6 of Call the Midwife returning early in 2017. 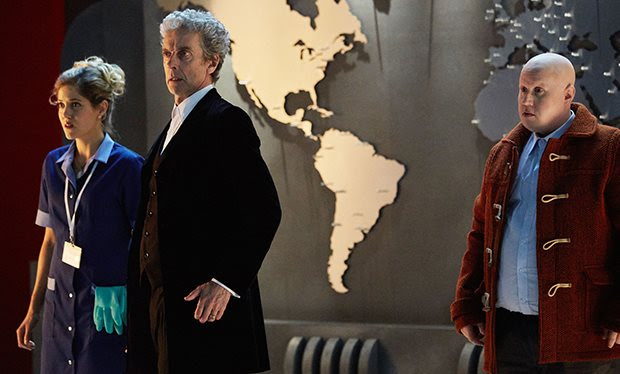 
Finally, after a long wait the Doctor (Peter Capaldi) is back in The Return of Doctor Mysterio.  It’s going to be a good one with the spectacular backdrop of New York City.  The story will centre on journalist Lucy Fletcher (Charity Wakefield) and live-in nanny, Grant (Justin Chatwin) who is a baby sitter by day and a superhero, The Ghost, at night.  Of course it wouldn’t be a special without the return of Nardpole (Matt Lucas).  Expect the usual Doctor Who-isms with added superhero comic-book gags!


Outnumbered are back and all grown up.  Our favourite sitcom family,  Karen, Ben and Jake (Ramona Marquez, Daniel Roche and Tyger Drew-Honey) and their parents (Hugh Dennis and Claire Skinner) return to carry out a Boxing Day mission in honour of Grandad with much hilarity along the way.


While there are no definite plans for a return, series creator Andy Hamilton, recently revealed that he has plans to drop in every couple of years so this is by no means the last TV outing for the Brockman family! 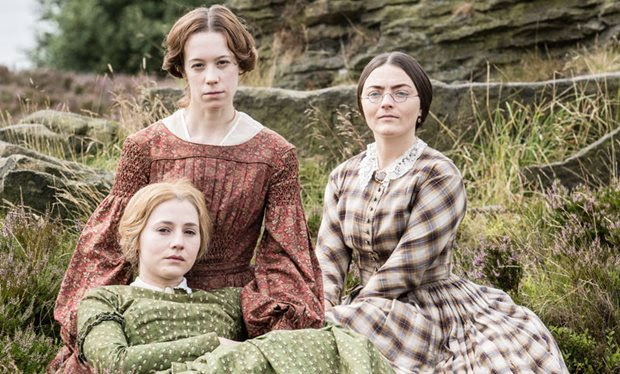 
I am so looking forward to watching this new period drama about the Brontë sisters with my own sisters over Christmas.  To Walk Invisible is written and directed by Sally Wainright (Happy Valley, Last Tango in Halifax) and takes a look the lives of Anne (Charlie Murphy), Emily (Chloe Pirrie) and Charlotte (Finn Atkins), in their Yorkshire parsonage as they embark on a quest to get their writing published. 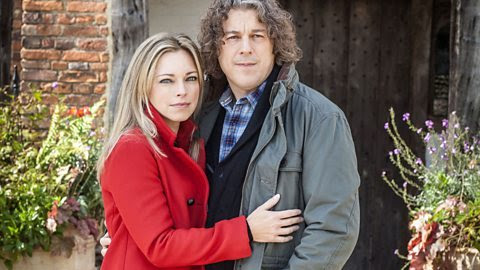 
A few days after Christmas, we can settle down with a Christmas tipple and get our teeth into a new Jonathan Creek mystery.  Despite Polly (Sarah Alexander)’s best attempts to keep Creek (Alan Davies) out of this case, he finds himself being drawn to the haunted house of horror film director Nathan Clore, unfortunately Clore suffers a stroke leaving him unable to communicate and holding a deep family secret.  Creek will figure it out, I’m sure along with help and humour from his biggest fan, Reverend Wilkie (played by guest star Warwick Davis).  This special is sure to be a Hammer Horror treat. 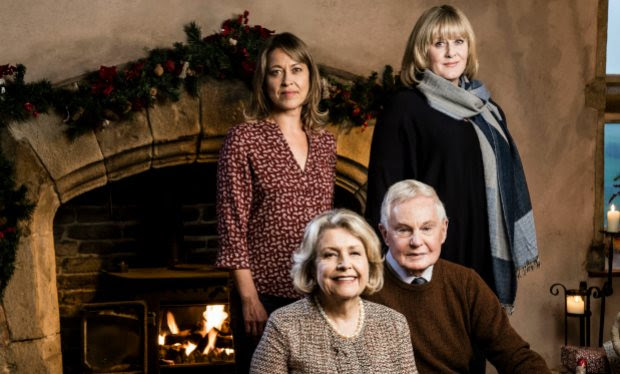 
If I still have unfinished presents, I will settle down to wrap them in front of the strong, Yorkshire drama, Last Tango in Halifax.  Teenage sweethearts reunited in their golden years, Celia and Alan (Anne Reid and Derek Jacobi) return.  Celia has joined a local amateur dramatic group and tries to rope Alan in, but they have enough real life drama to contend with in the form of  Celia’s daughter Caroline (Sarah Lancashire) and Alan’s daughter, Gillian (Nicola Walker).   Expect great writing and superb acting.


There have been talks about a fourth series so keep your eyes peeled! 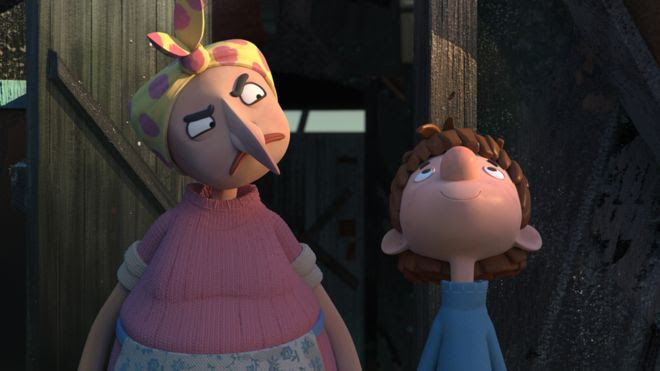 
The BBC have weaved together an animated story from Roald Dahl’s alternative book of Fairy Tale poems, Revolting Rhymes which will be a must see for families over Christmas.  The characters will be voiced by a stellar cast including, including David Walliams, Rob Brydon, Gemma Chan, Dominic West, Rose Leslie, Bertie Carvel and Tamsin Greig.  Quentin’s illustrations have been given a modern makeover approved by the artist himself and Dahl’s family are very proud to see his stories still reaching a wide audience  all these years after he wrote it. 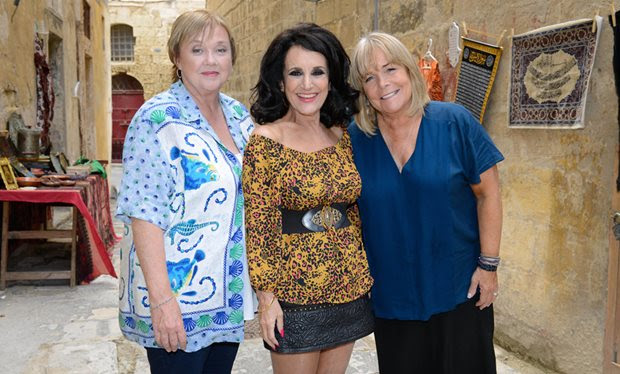 
For nostalgia’s sake I love watching Birds of a Feather.  This Christmas Special looks very exciting as the girls (Pauline Quirke, Linda Robson and Lesley Joseph) leave Chigwell and fly to Morocco (actually filmed in Malta) in search of Tracey’s youngest son, Travis (Charlie Quirke).  There will be fun, adventure and laughter along the way and another guest appearance from Vince (Martin Kemp).

Fun fact:  Linda used to live on the same street as Martin Kemp and they went to Theatre School together. 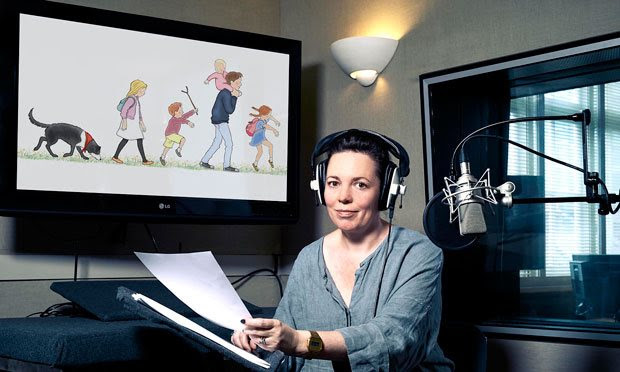 
We’re going on a Bear Hunt has been one of the most popular bedtime stories for 27 years and has finally been transformed into a 30 minute animation by the creators of The Snowman and The Snowdog, so we can be assured it will touch hearts.  Olivia Colman will star as the mum and Pam Ferris and Mark Williams will also provide voices. 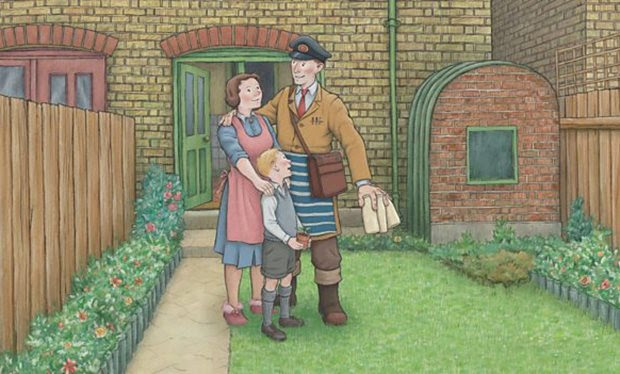 
My heart jumped with joy when I spotted that Raymond Briggs’ Ethel & Ernest had been adapted for TV.  As a huge fan of much of Briggs’ work, years ago I treated myself to an anthology of his work.  When I read the Ethel & Ernest extract I immediately ordered a copy of the complete book.  It’s truly one of the most touching graphic novels I have ever read.  The casting is perfect.  Brenda Blethyn voices Briggs’ “lady’s maid” mum, Ethel and Jim Broadbent voices his milkman dad Ernest.  The feature length animation tells the story of how the couple met in the 1920’s, had Raymond, survived World War II and poignantly ends with their deaths in the seventies.  The recording was an emotional time for Briggs as it was like having his mum and dad with him again.   I really can’t wait to watch (with tissues) and hope a DVD will be released soon too.

I hope you like my top ten picks of the best Christmas TV in 2016- what will you be highlighting to watch this festive season?