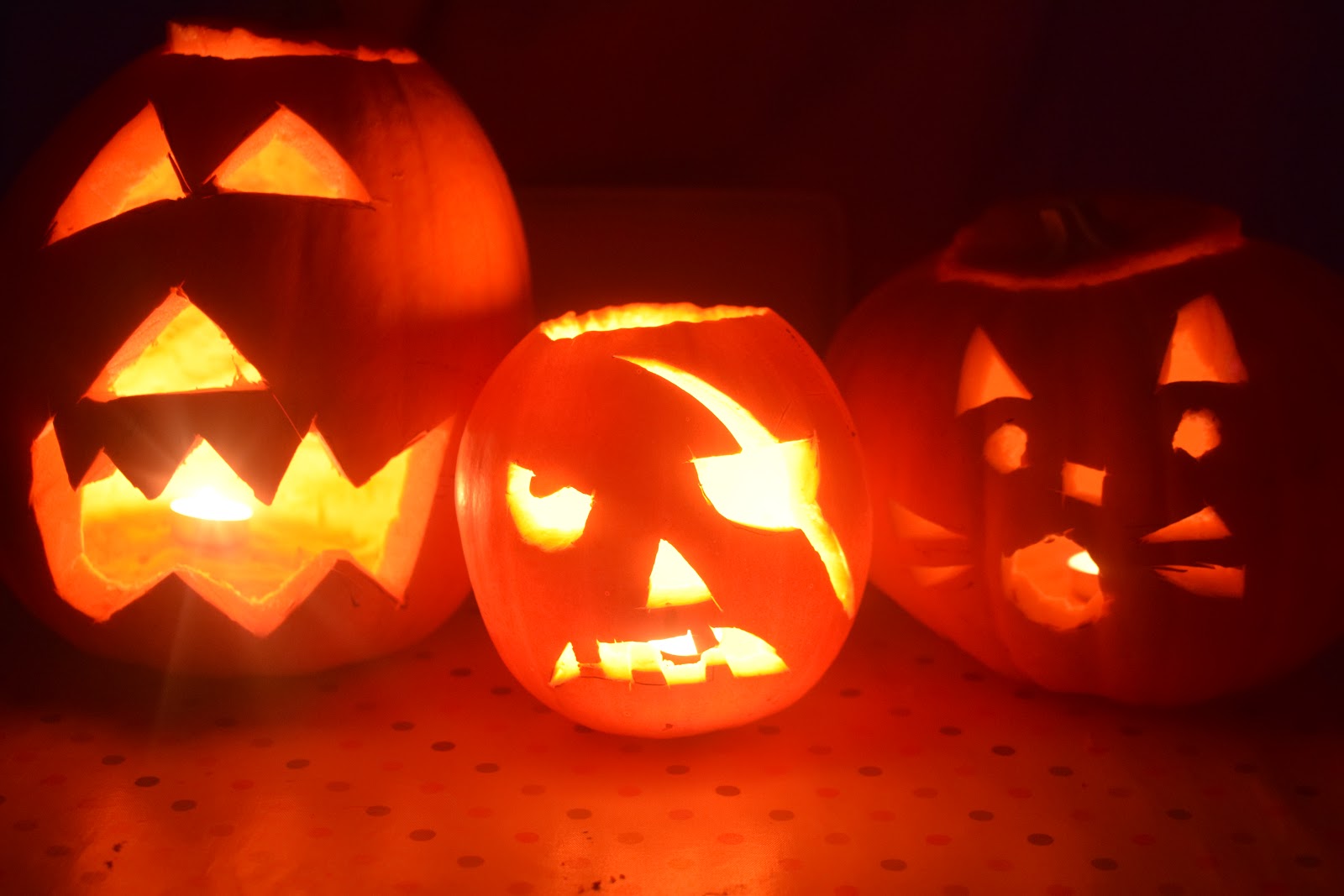 Earlier in October, we went for our annual trip to Brooksgrove Farm Pumpkin Picking.   They opened up on a Monday this year so I did worry that by the weekend there would not be many pumpkins left to choose from but thankfully they had a good harvest and during the first weekend and even for a couple of weeks after there were plenty to go around. 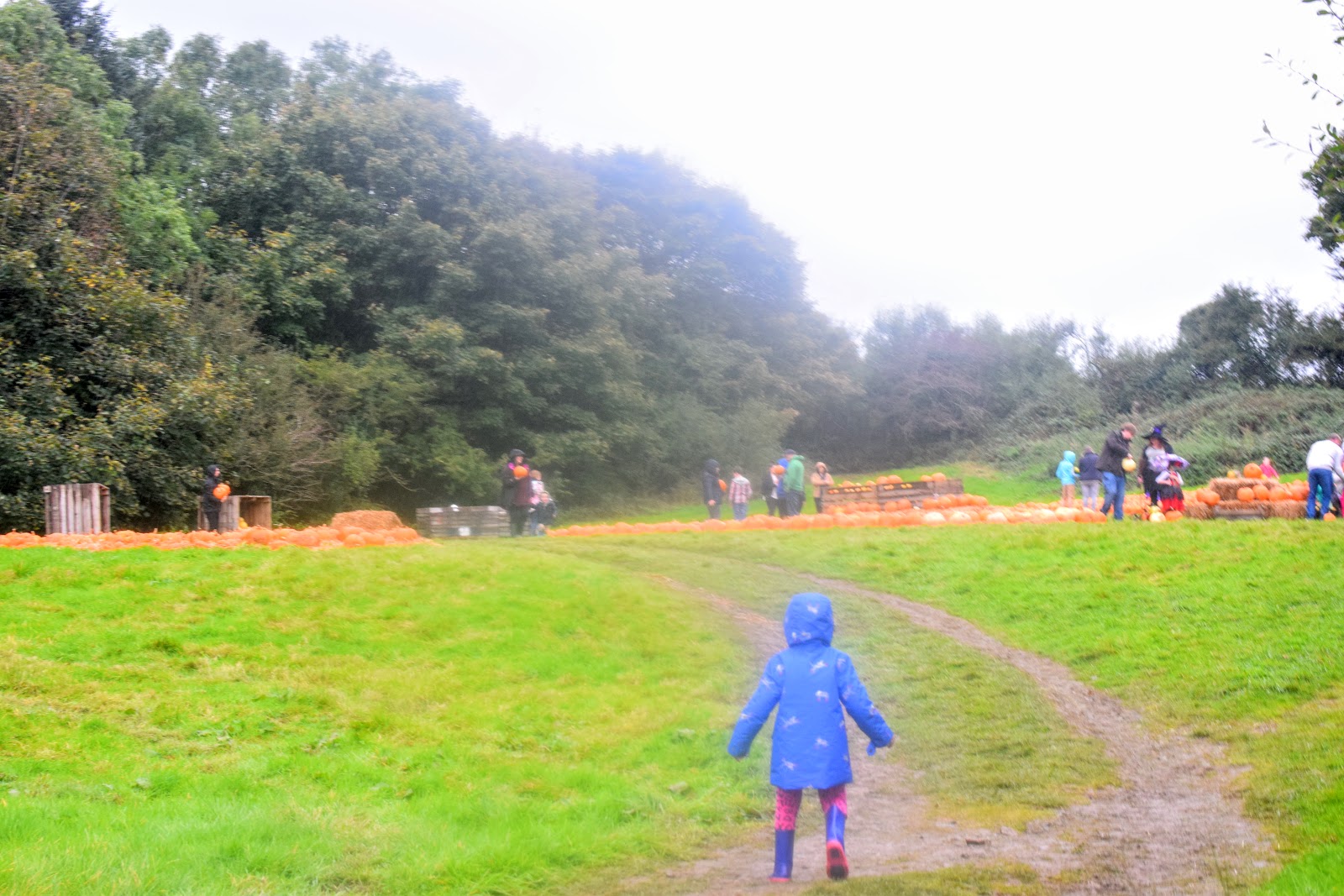 With hindsight now, I wish we’d left it until the following weekend as it poured while we were here.  I didn’t mind and the kids didn’t mind but my camera didn’t like getting wet and struggled to take photos, but here are the few I managed to take. 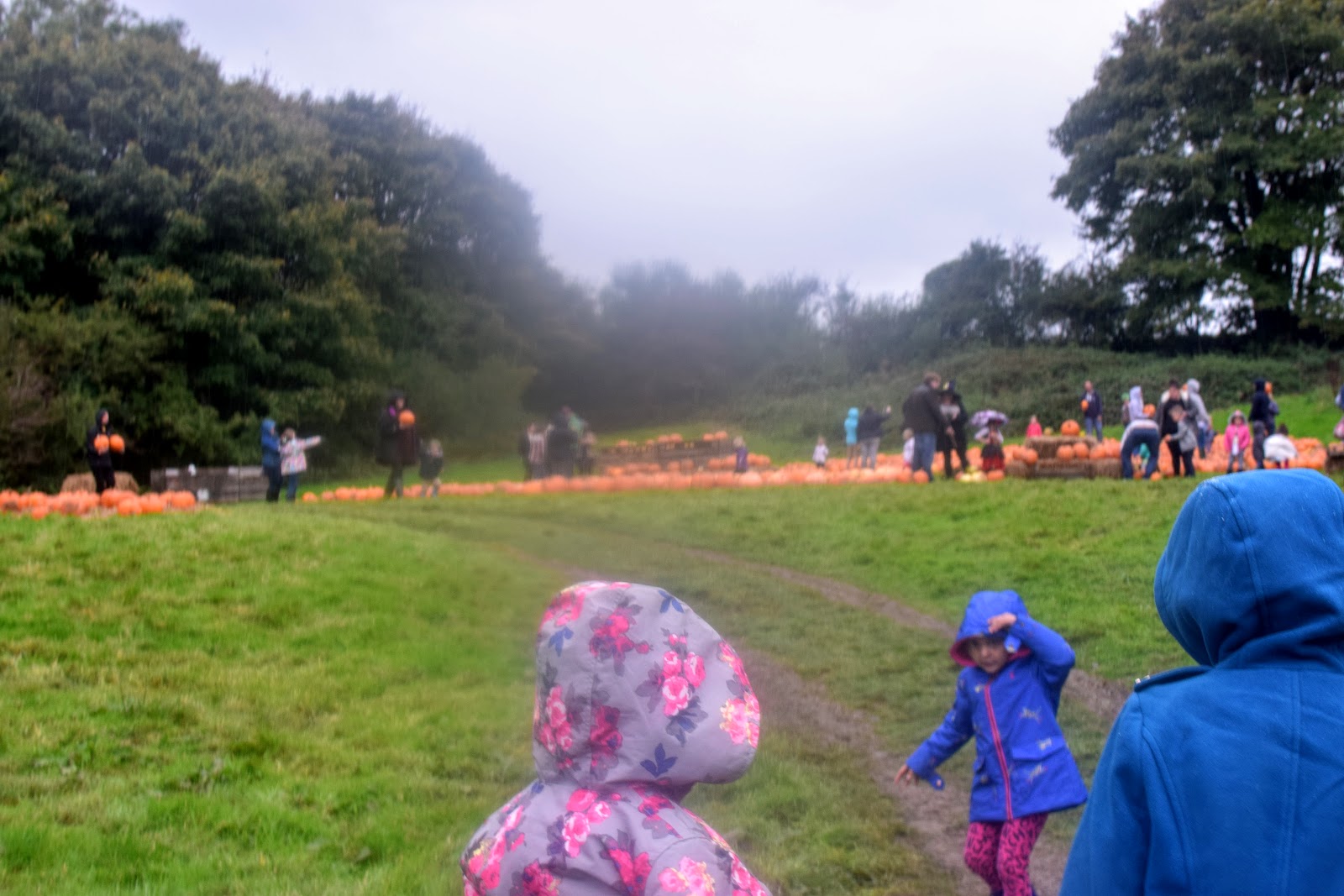 We followed the signs until we found the pumpkins. 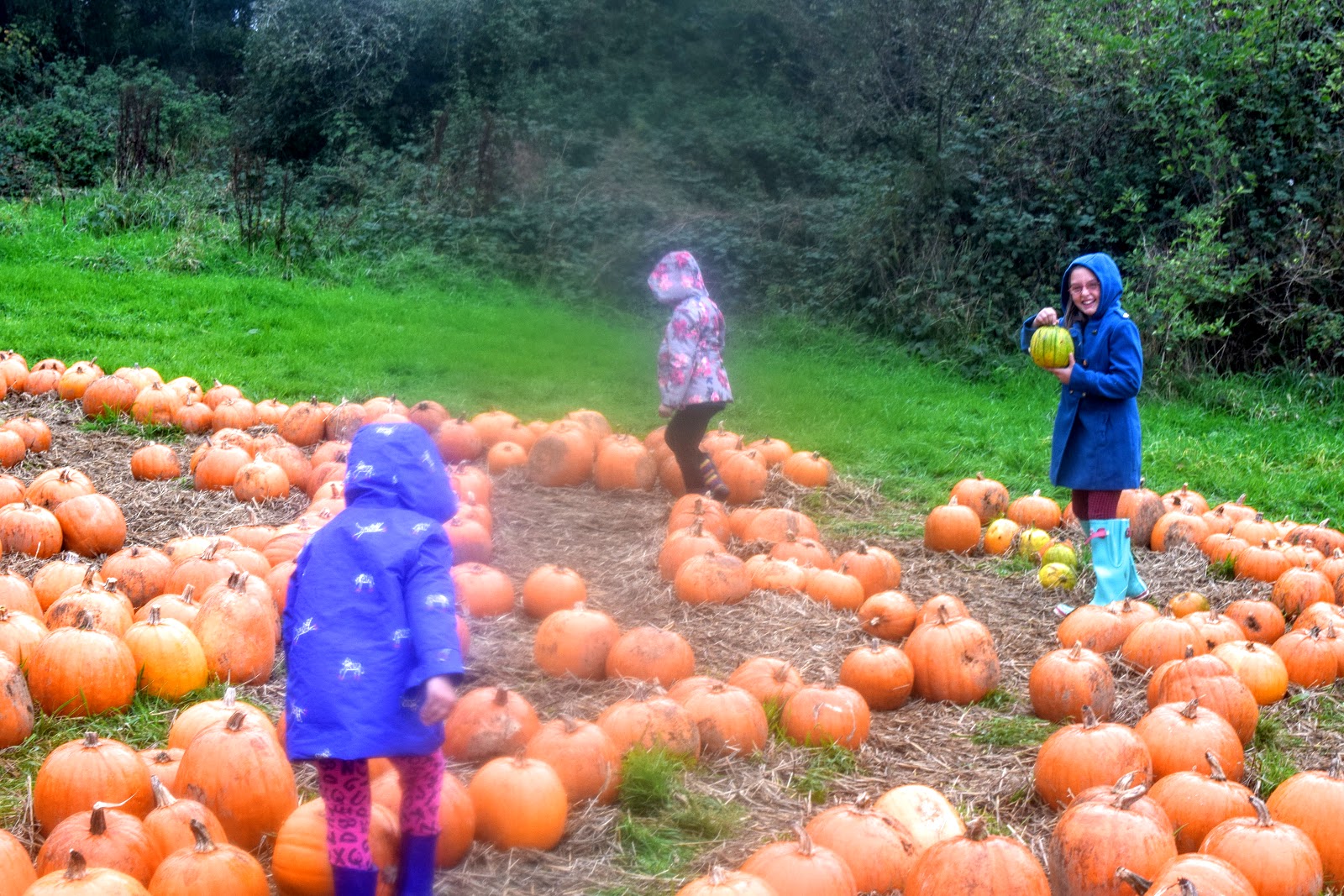 The girls walked around looking for the perfect pumpkin.  We always tell them to choose one they can manage to carry themselves but Dave did tell Caitlyn he’d help her this year as she still has a broken arm.  Sadly, Danny didn’t want to come pumpkin picking with us this year. 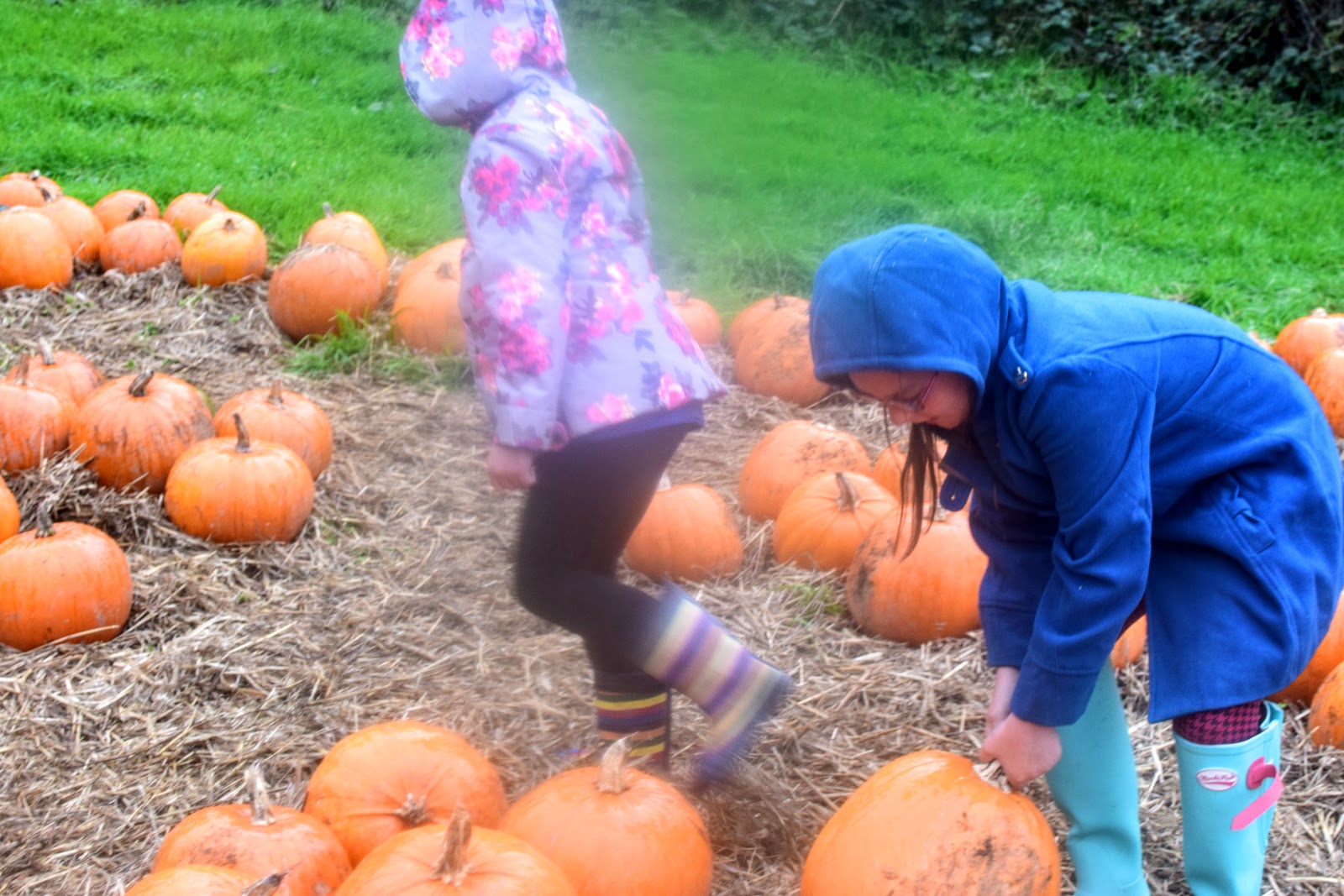 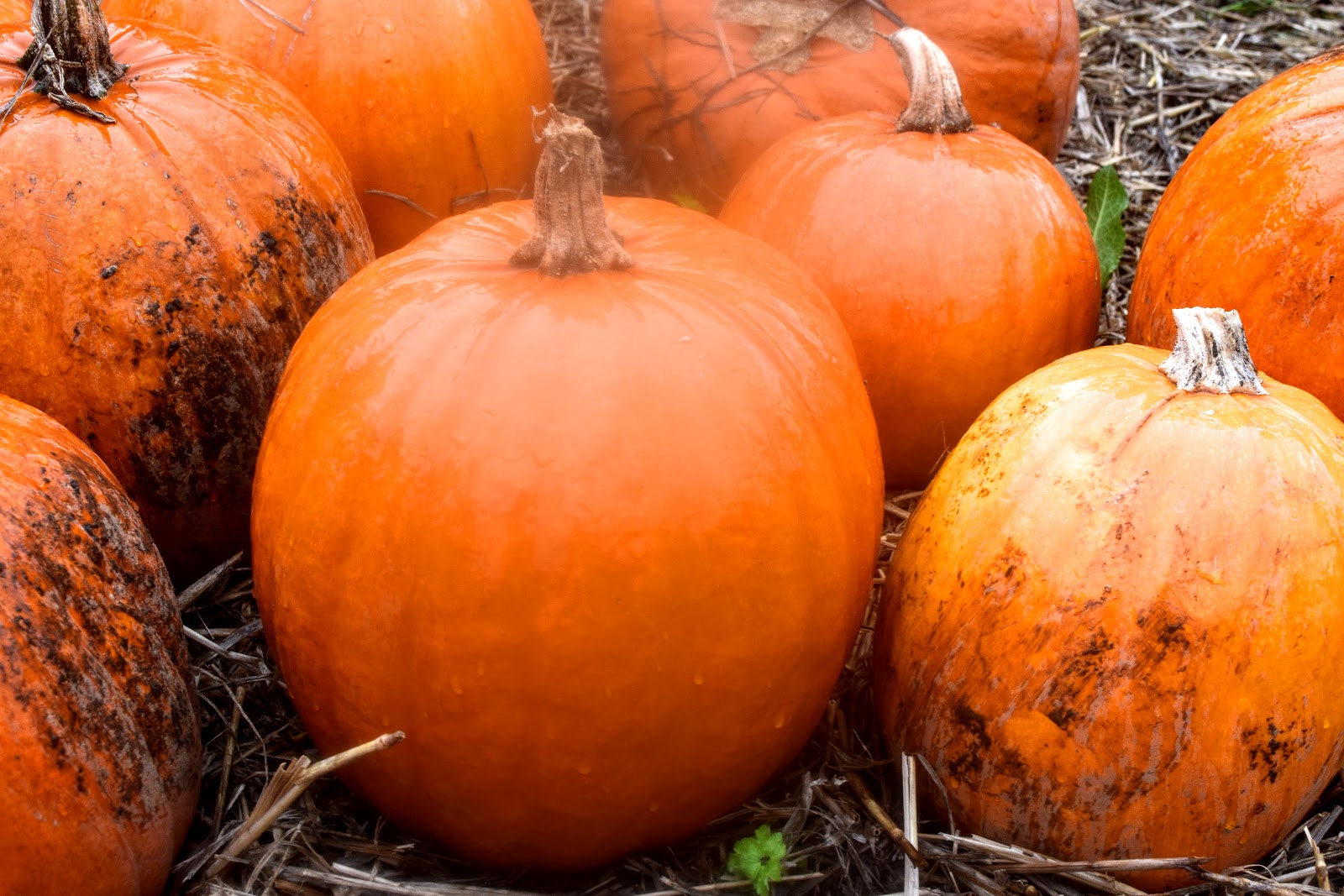 I wish I’d picked one for me to make a Jack o’lantern and also a couple of the smaller gourds for decoration.  They looked so sweet but we felt hurried due to the increasingly heavy rain so we just bought one for each of the girls. 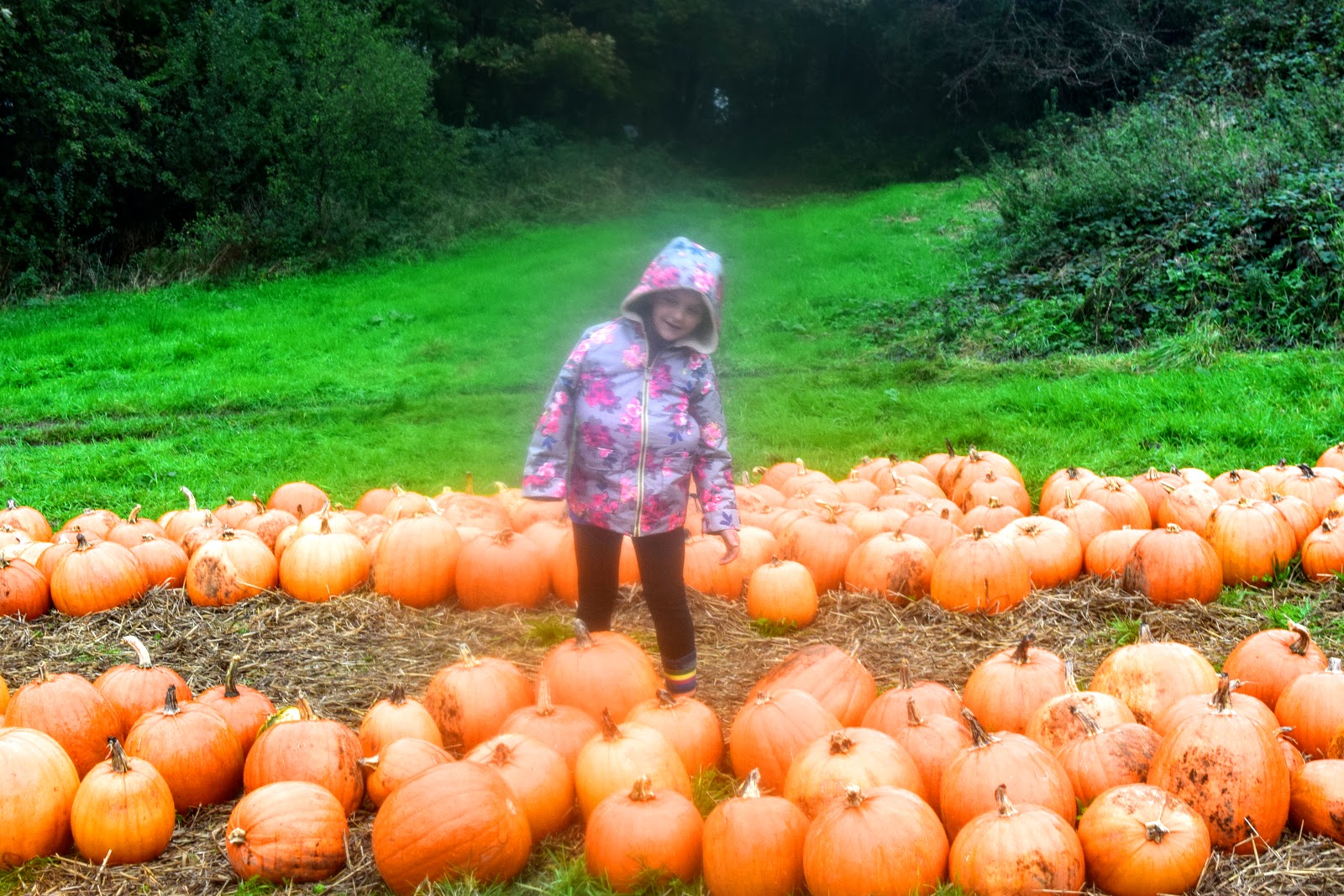 Caitlyn picks out her pumpkin! 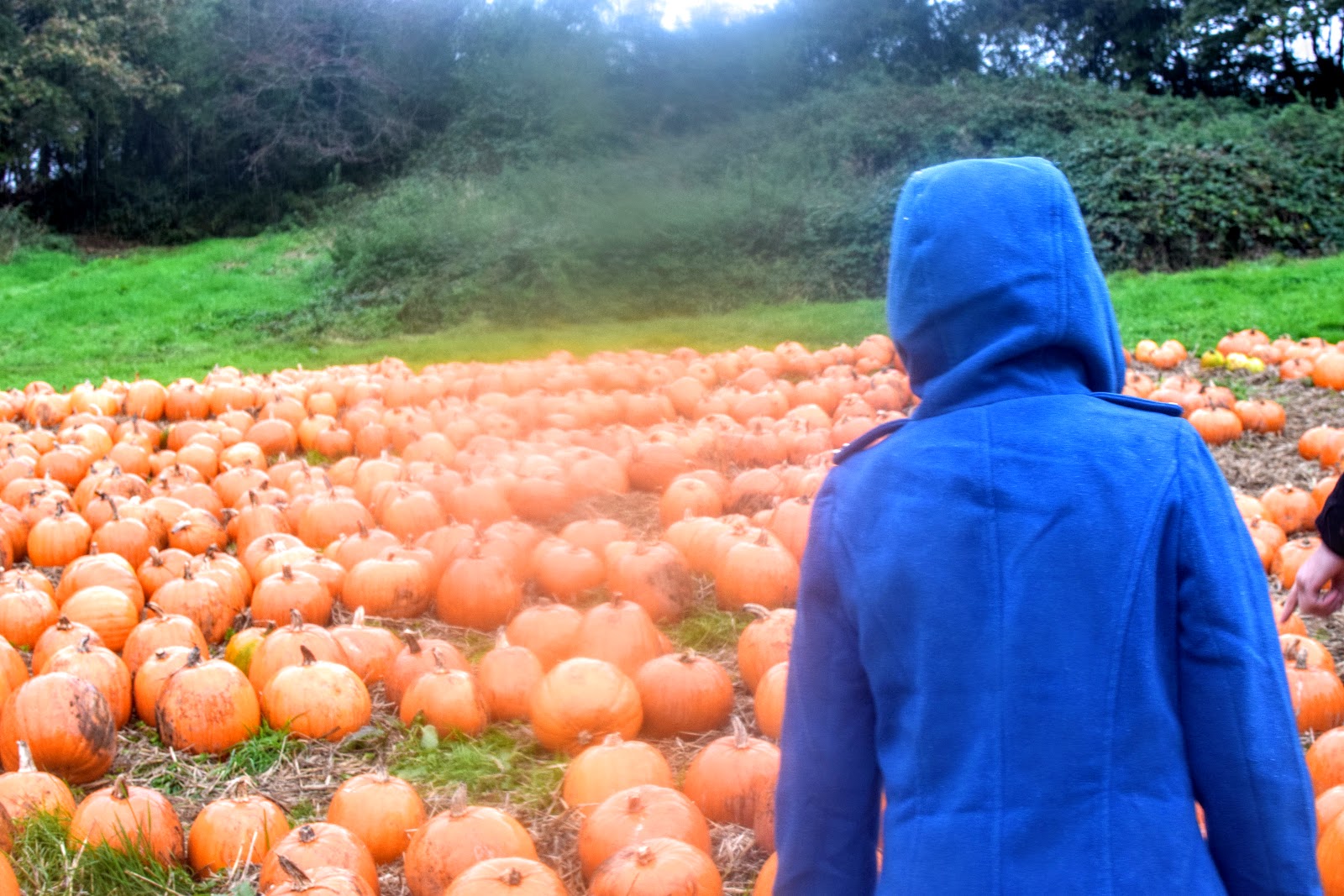 So many different shapes and sizes to choose from! 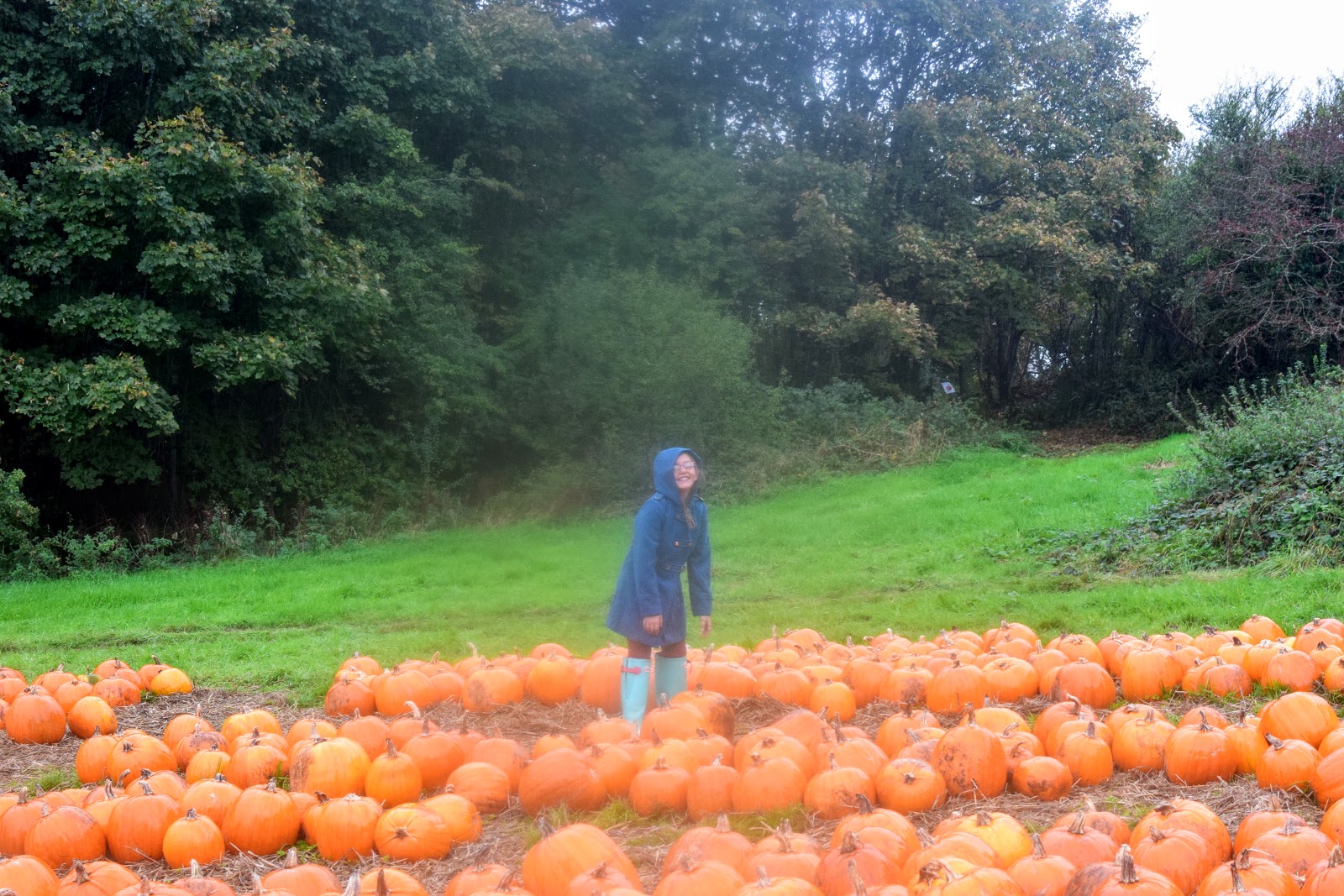 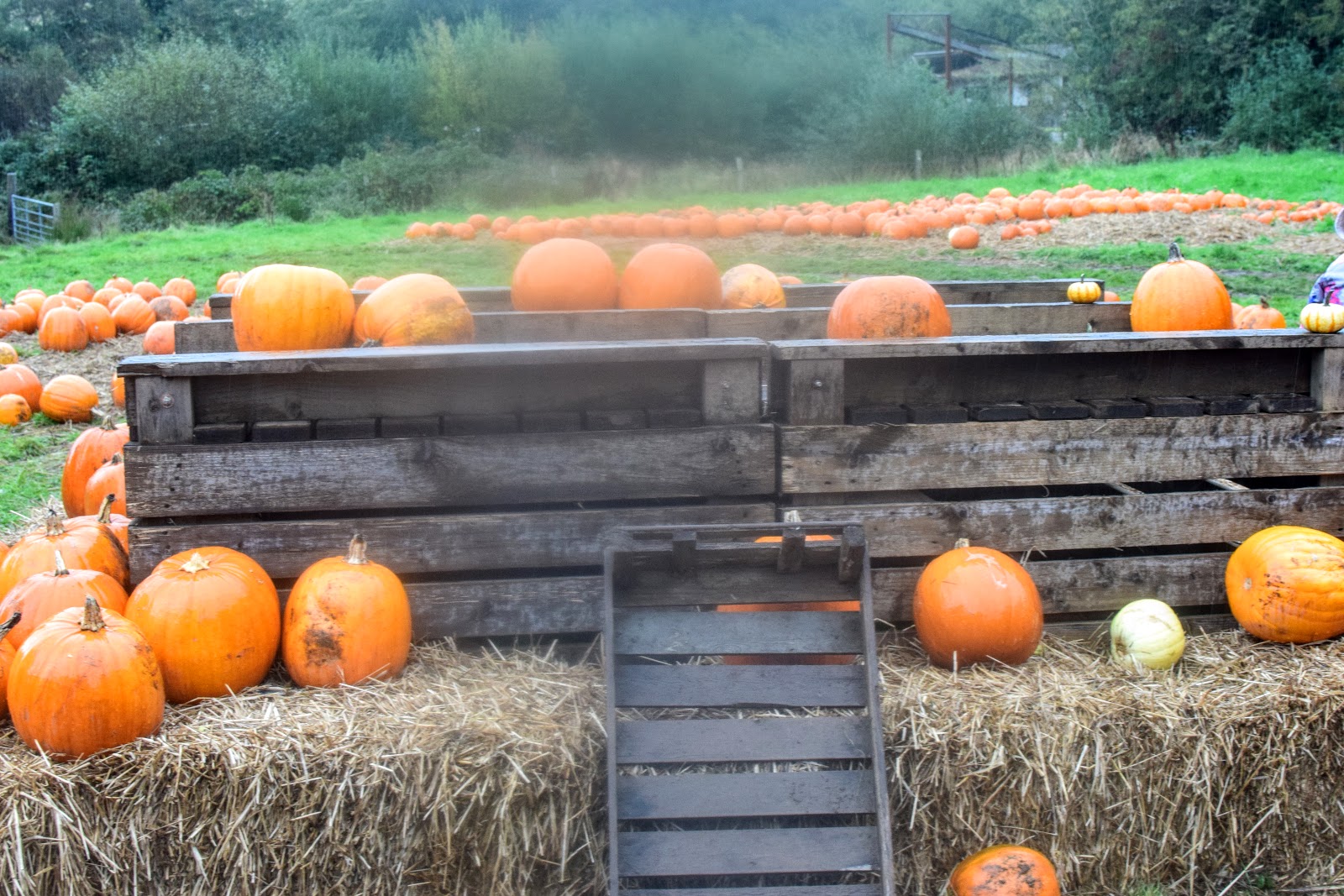 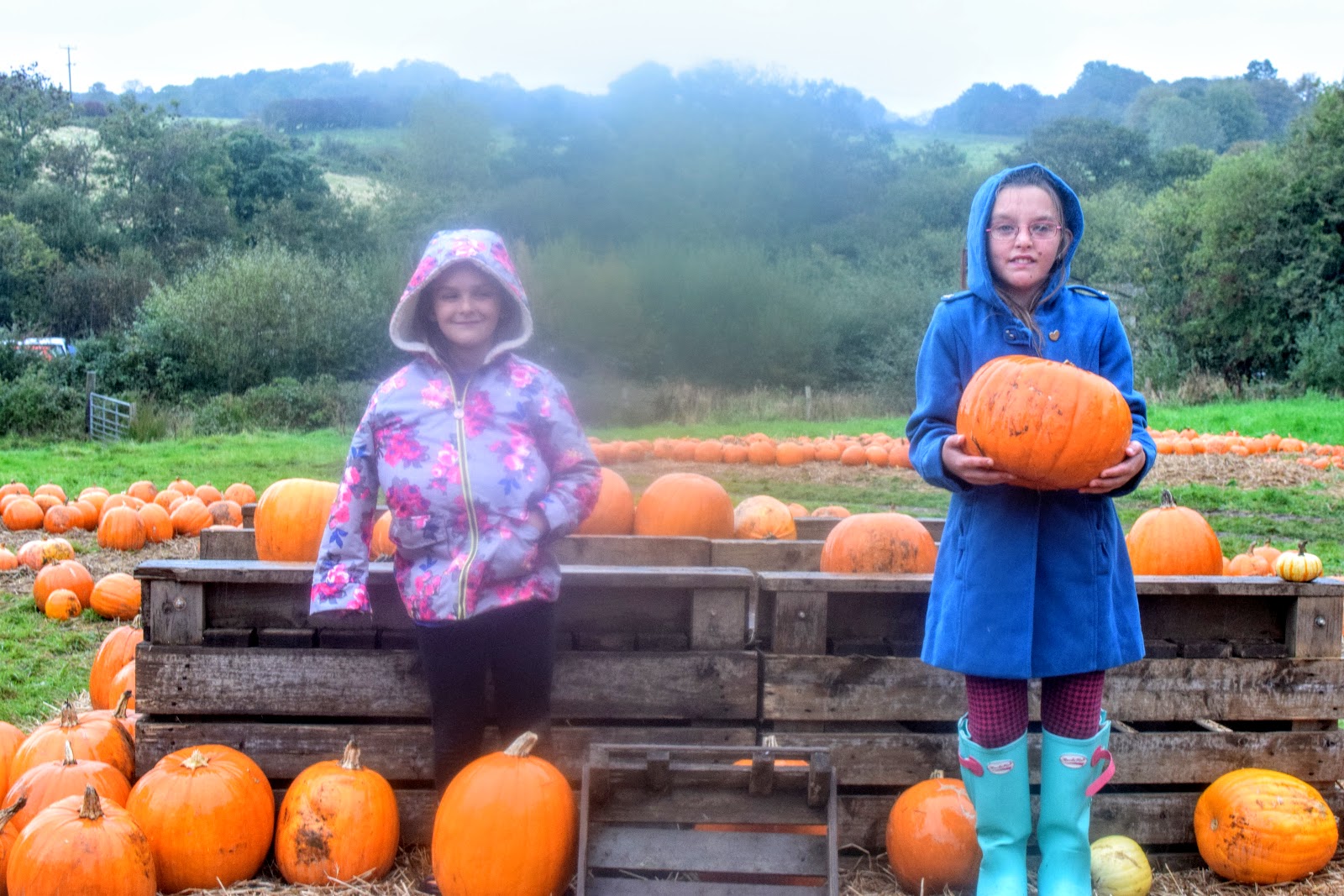 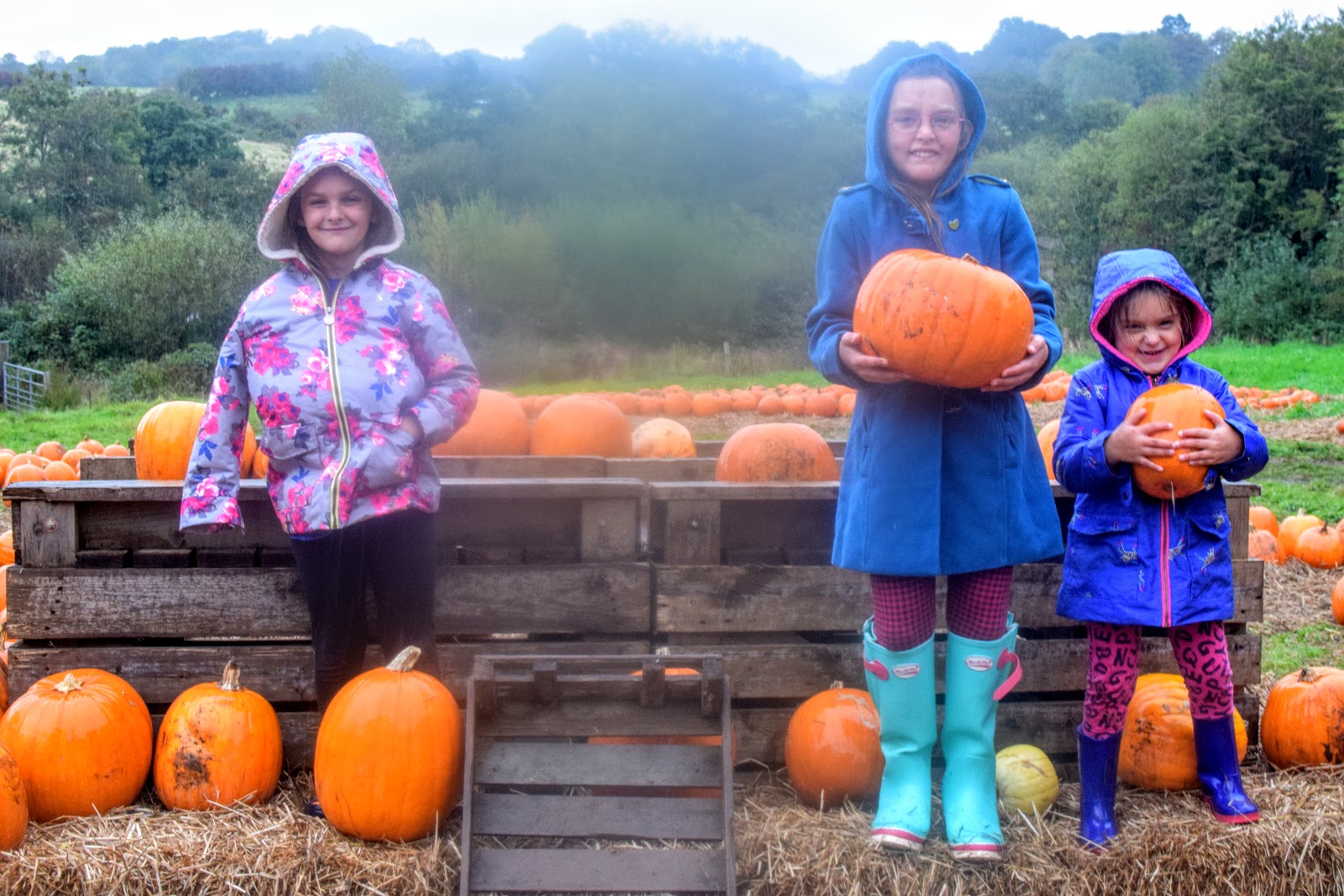 Yes, I made the poor children stand in the rain for a photo with their pumpkins!


We paid for our pumpkins and brought them back to the car.  The car park was full when we arrived but was nearly empty when we left as everyone wanted to get home into the dry.  It took us quite a while to leave the narrow farm track as there were so many cars leaving and other cars arriving.  The farmers were great and once they realised the problem they helped the driver to reverse her car out of the way to let all the other cars leave the single track road. 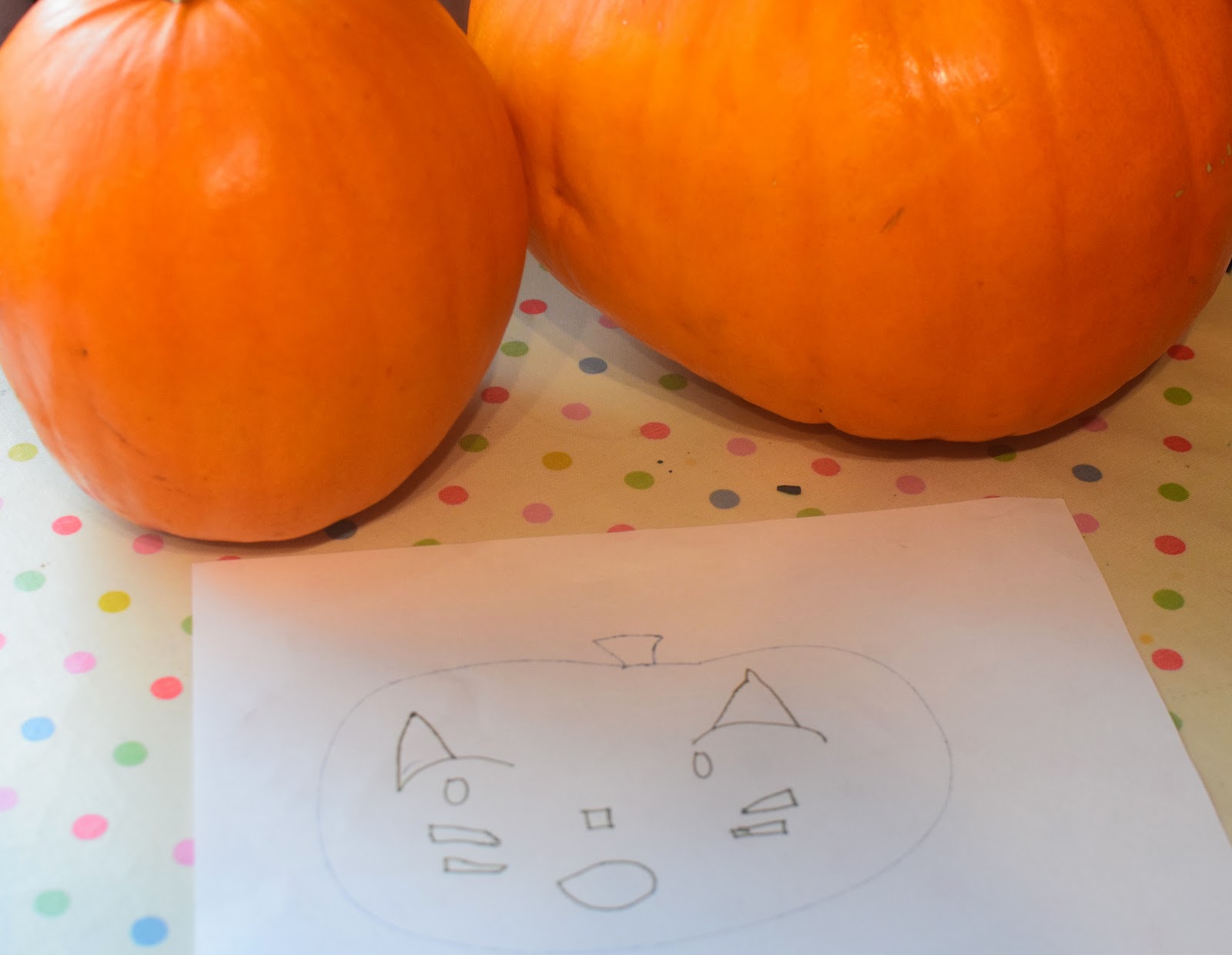 At home the girls designed their pumpkins first on paper and then drew the designs onto the pumpkins. 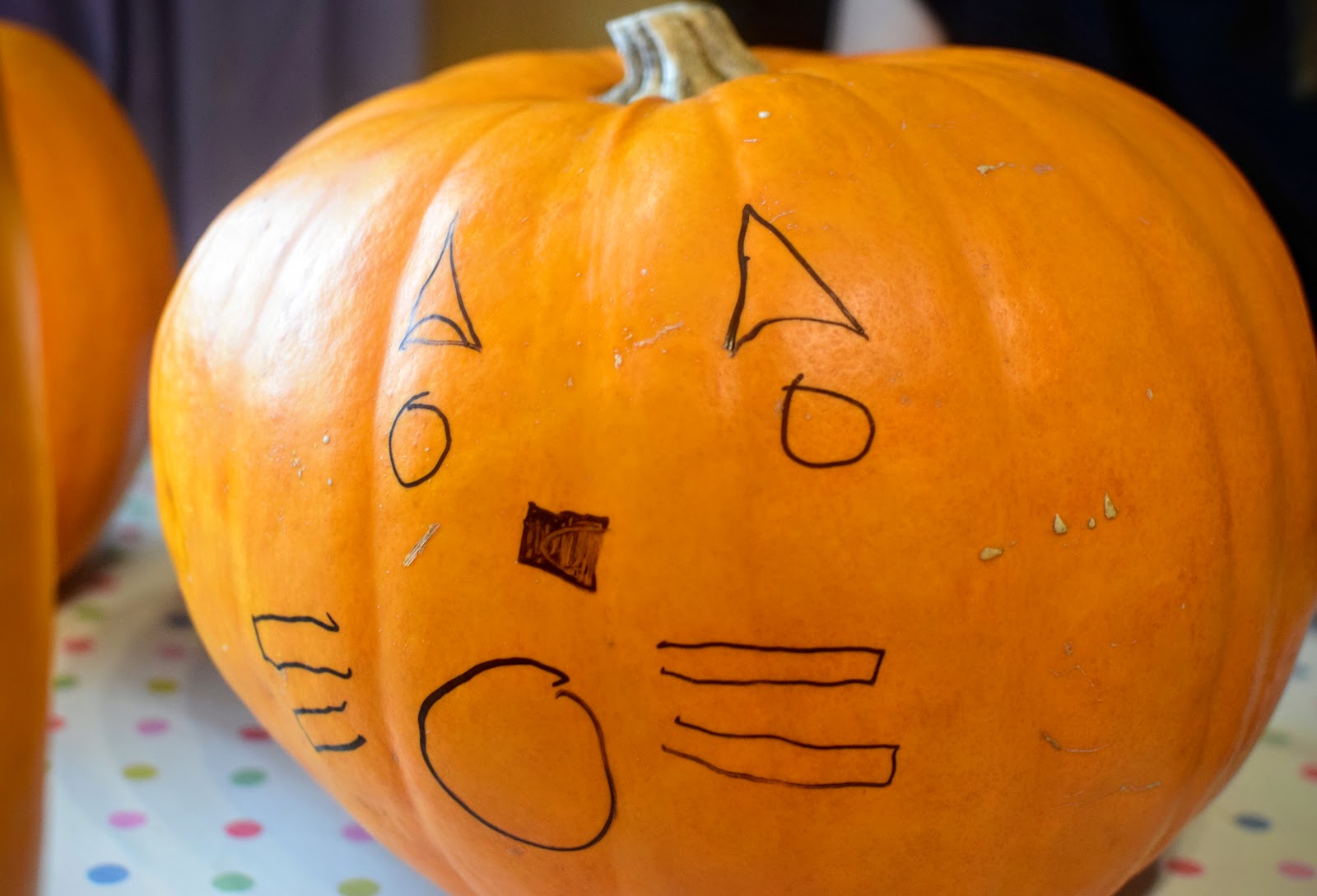 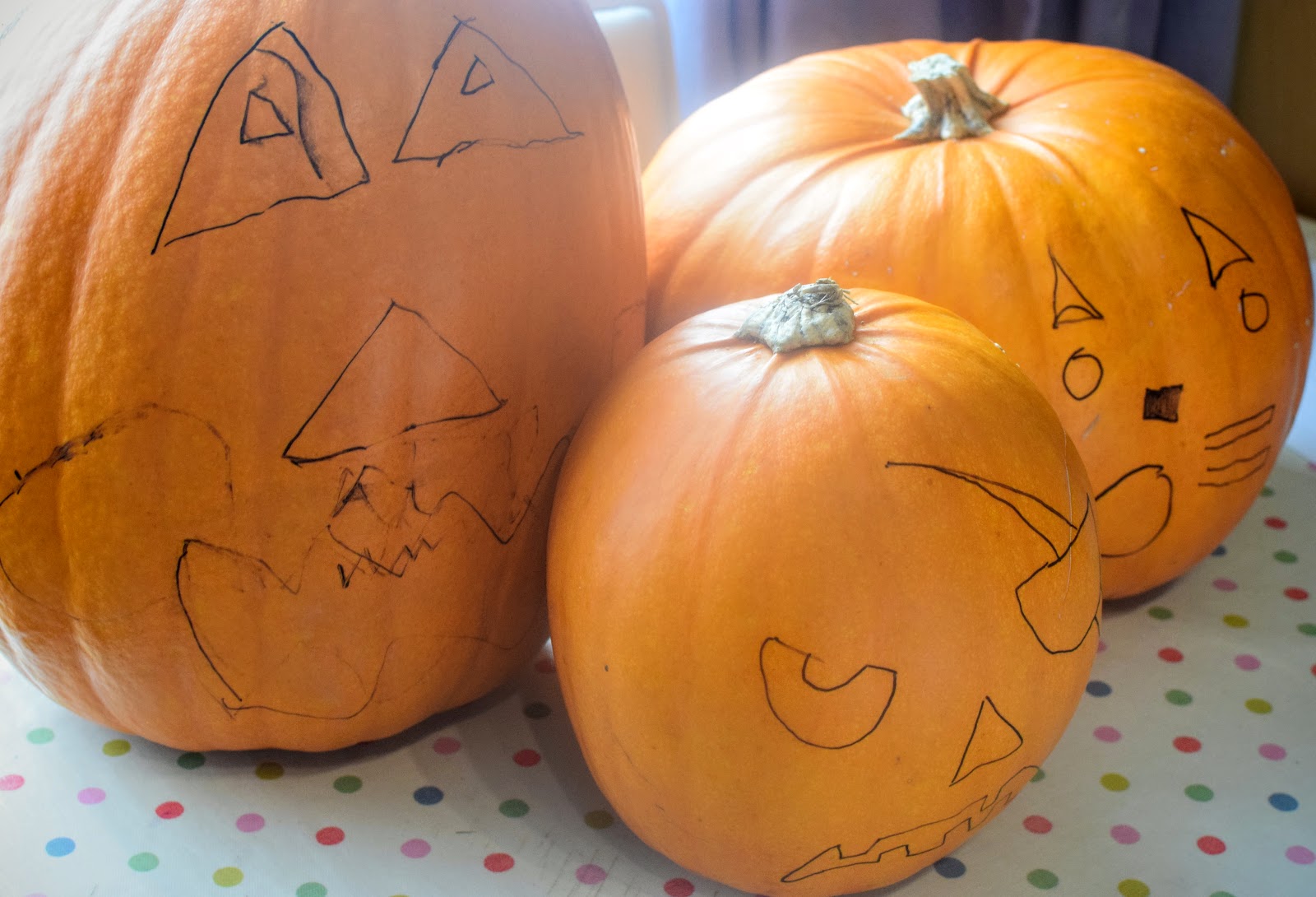 Caitlyn chose a traditional design which of course she had to draw with her “non broken”  left hand and she is right handed.  Isabelle drew a pirate pumpkin while Rebecca went for a cat design. 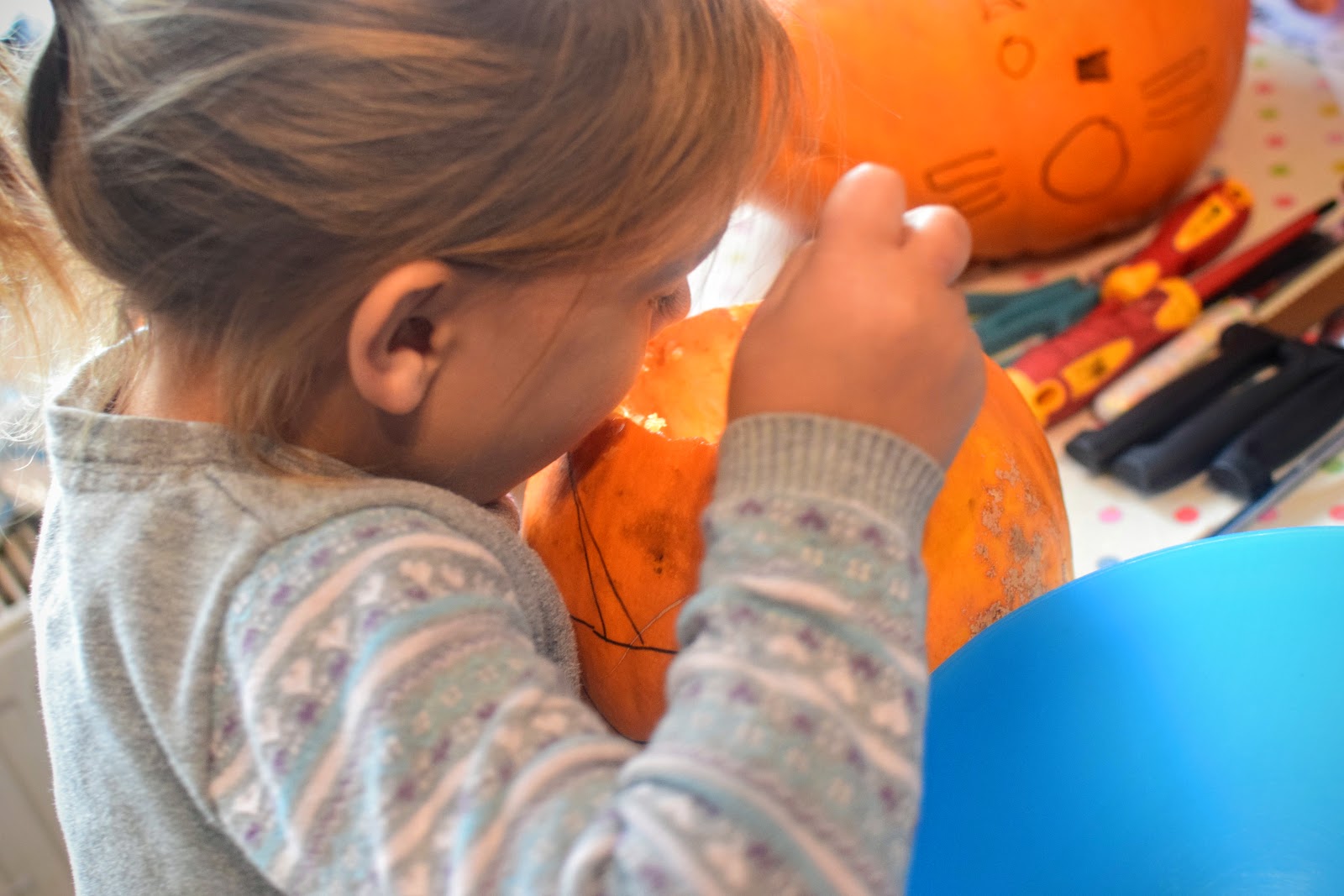 Dave usually does the carving and cutting as I’m not great with knives!  As he was busy I decided to have a go.  Once I’d cut the tops off, the girls helped to scoop all the seeds and stringy flesh out.  We kept the good flesh for pumpkin pie.  The kids also wanted to make pumpkin soup too but there wasn’t enough so we’ll have to buy more to eat again! 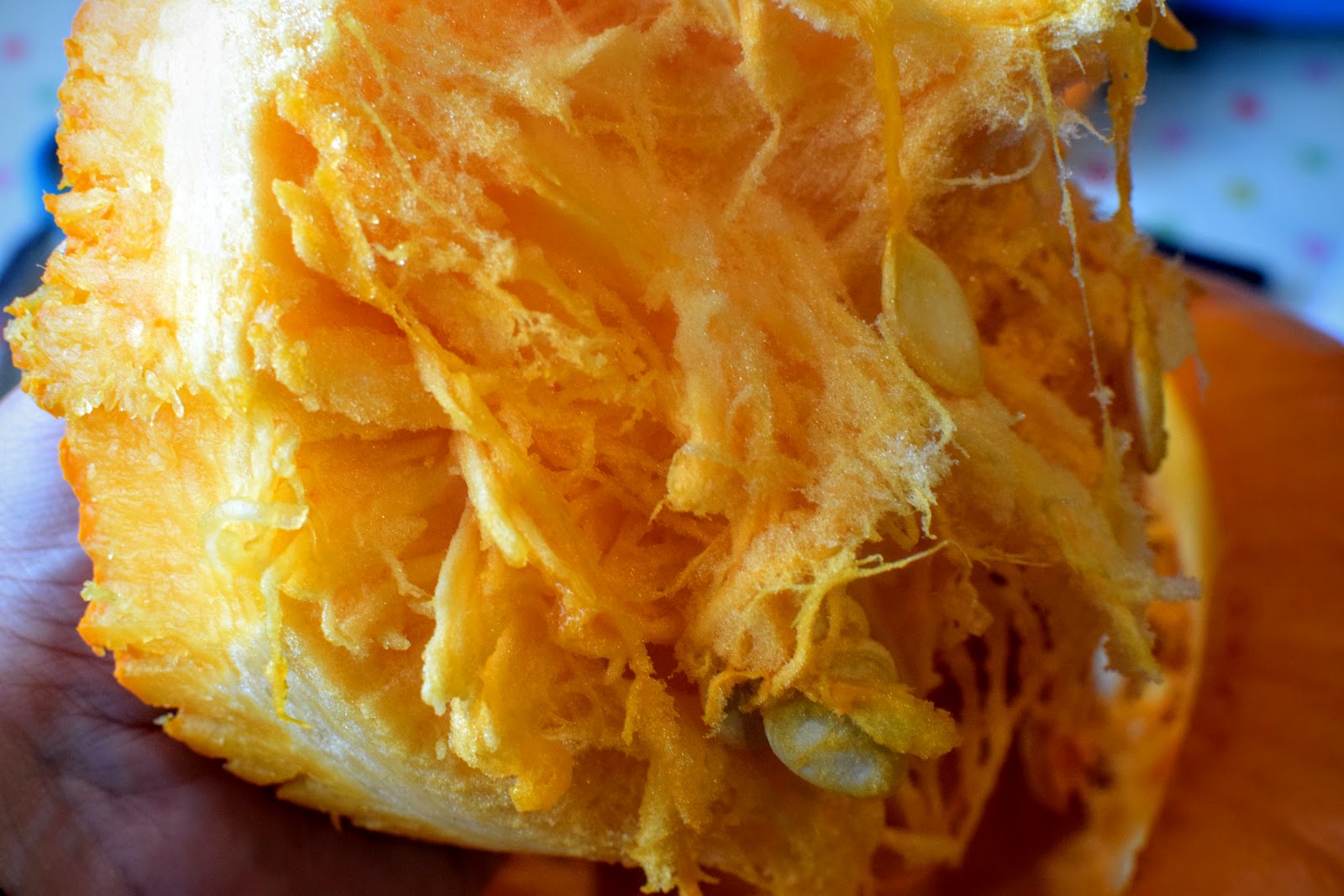 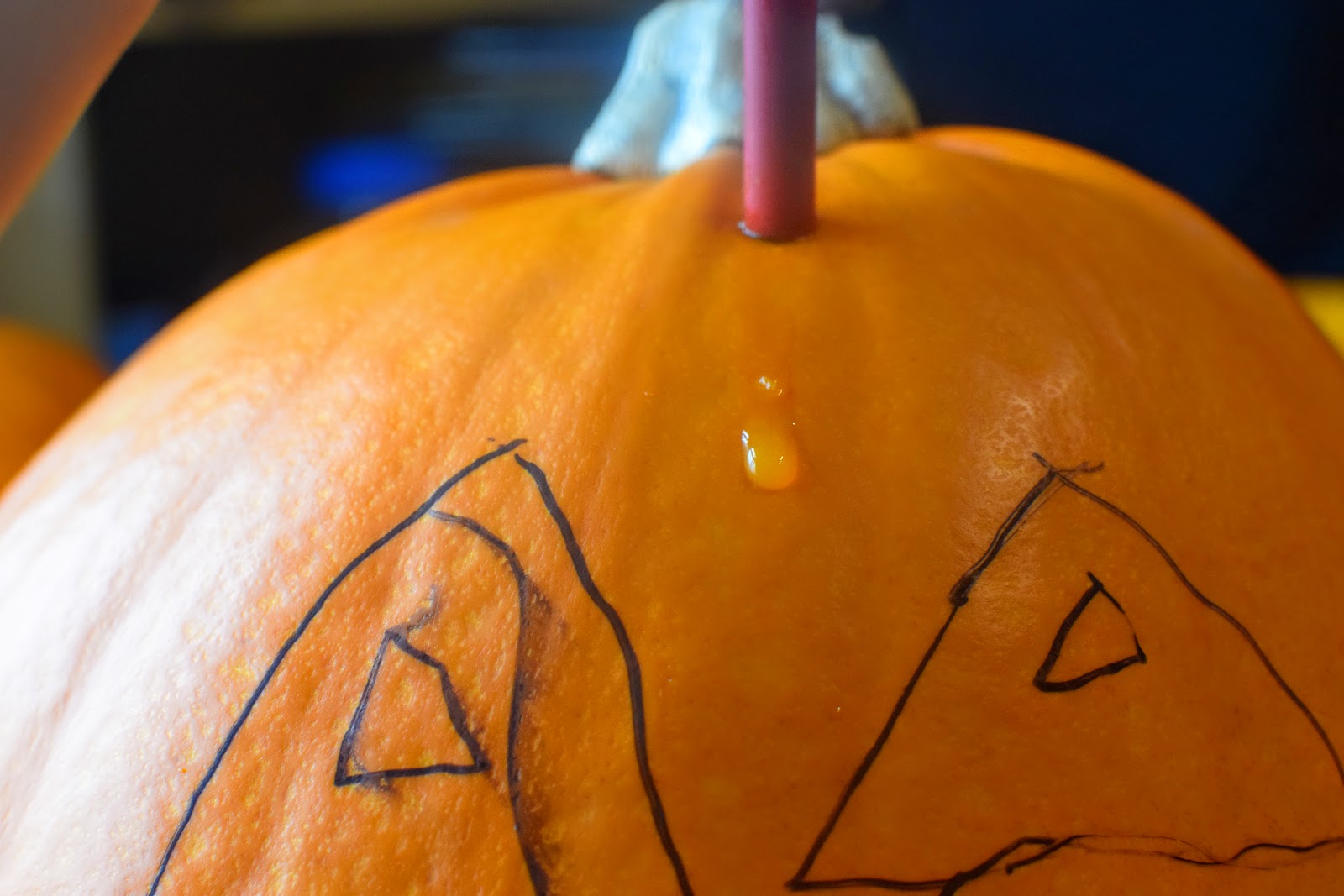 I then did my best to cut out their designs with the tools I had.  Thankfully the girls were happy with them! 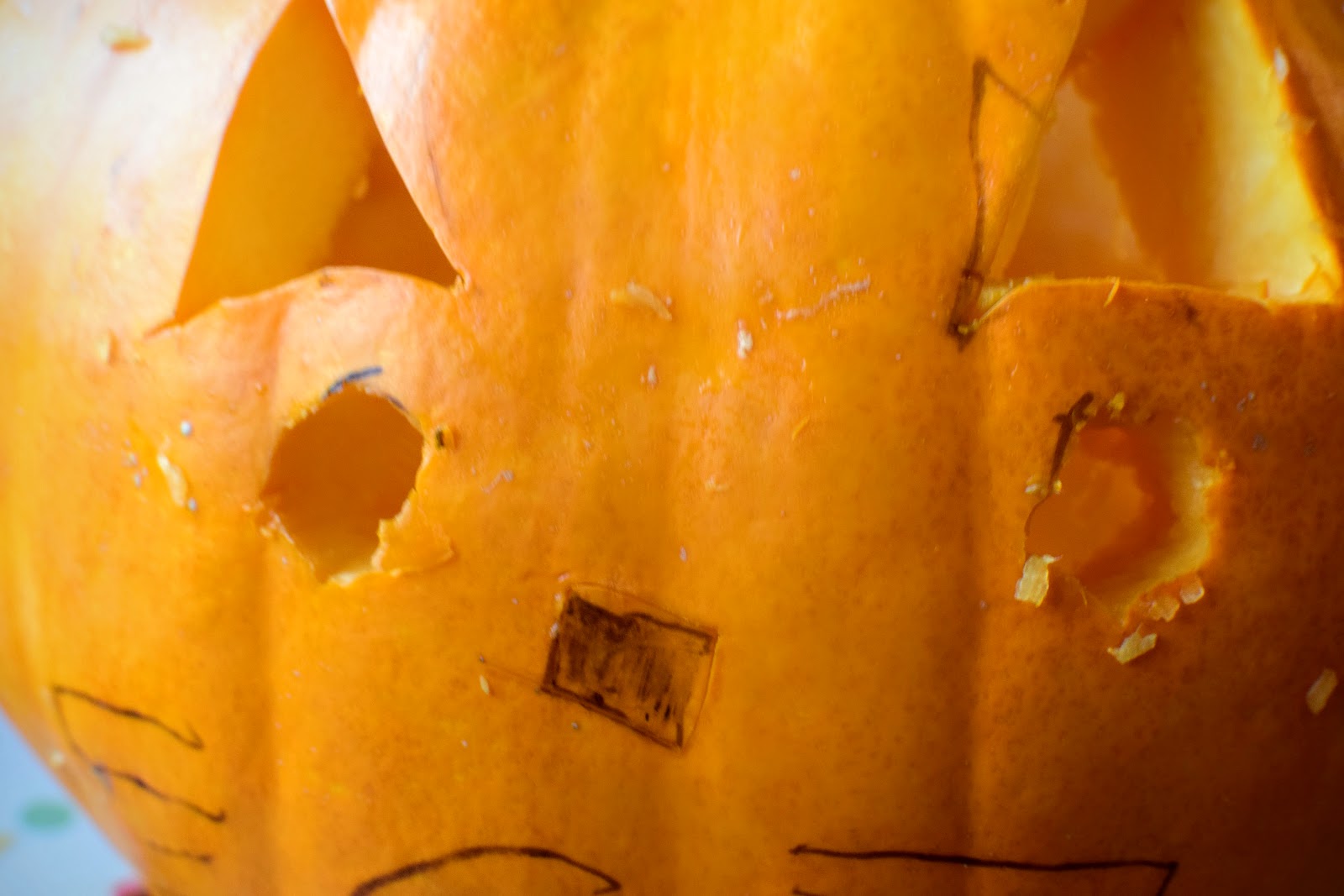 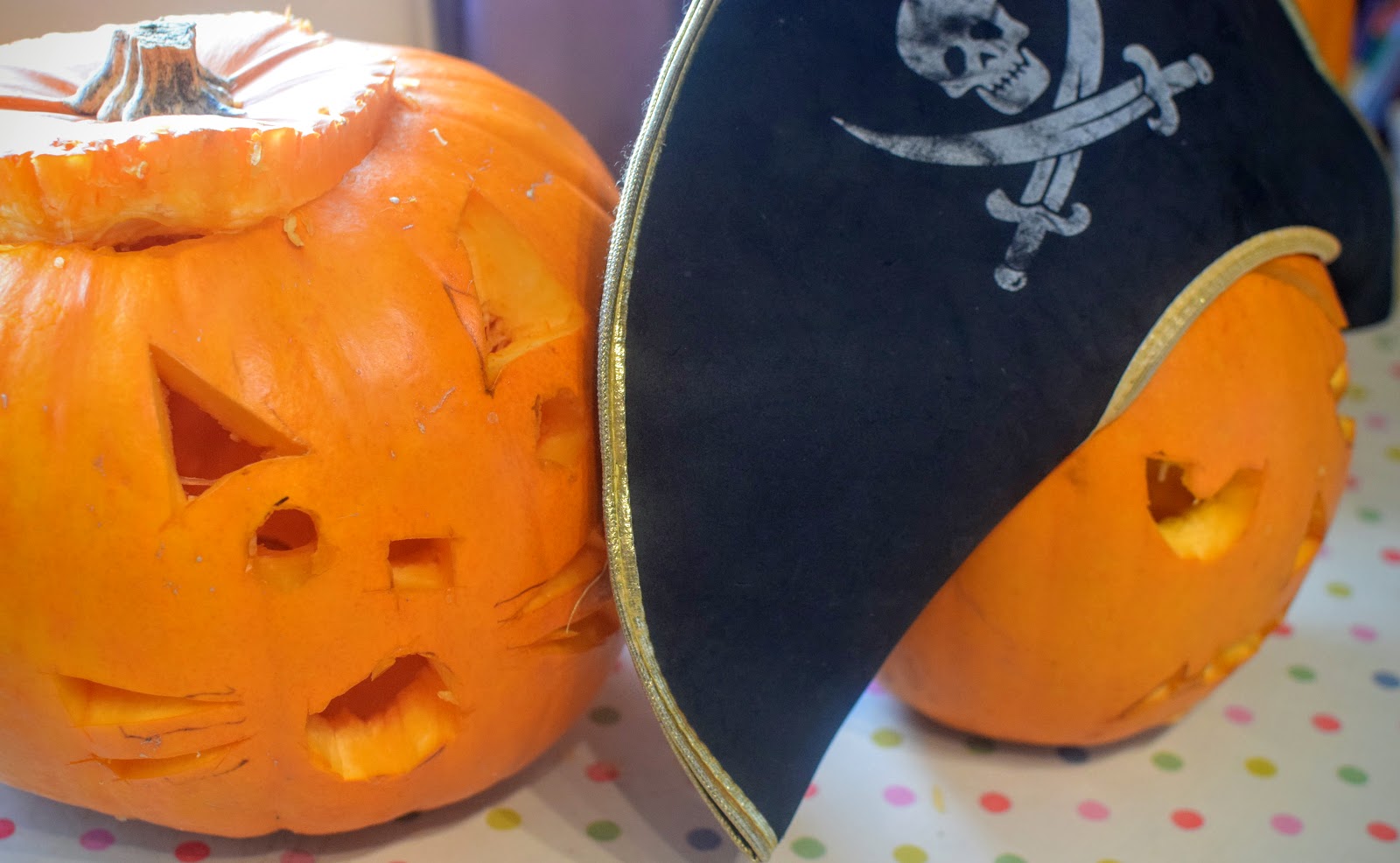 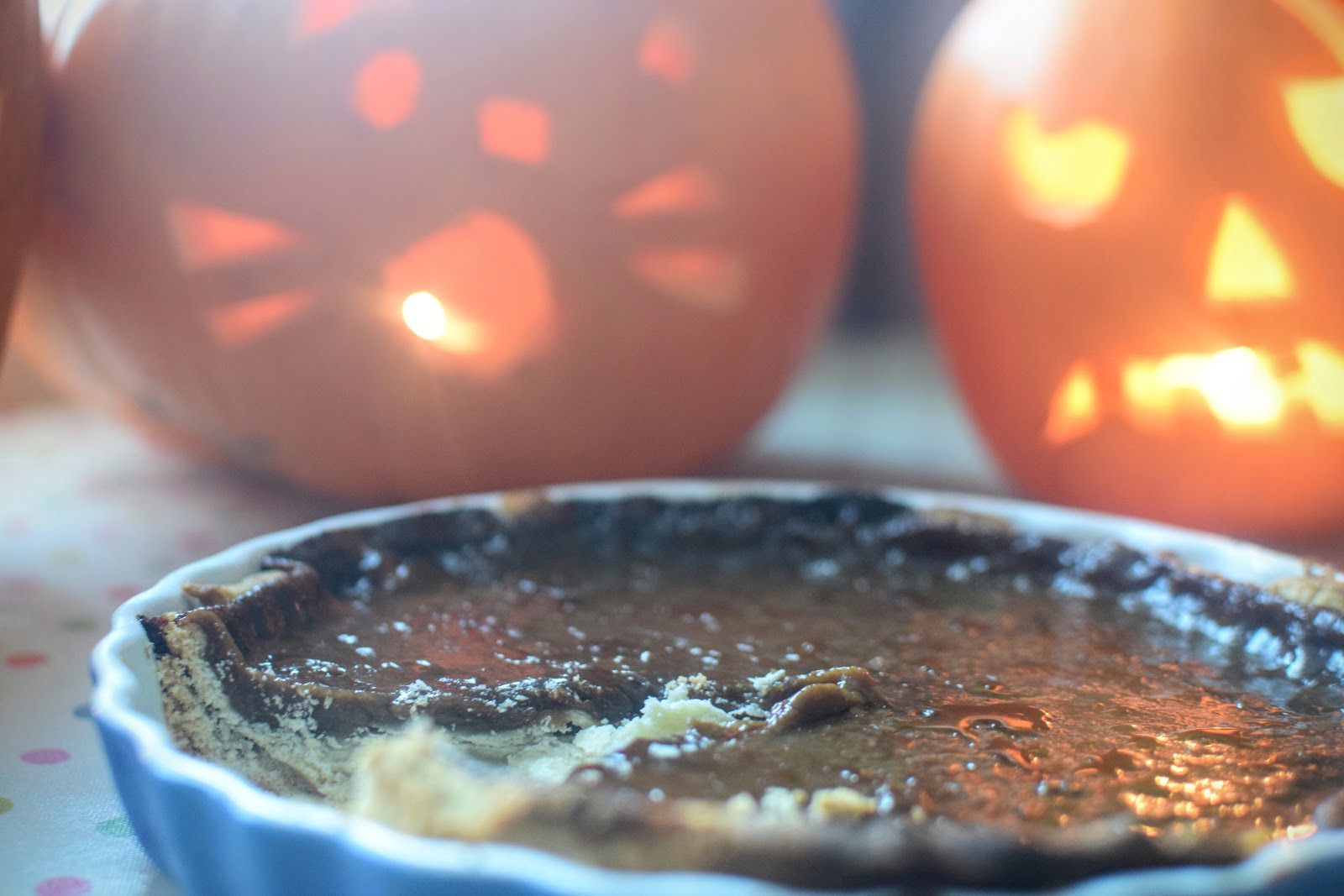 We then made the vegan pumpkin pie.  I used slightly too much coconut milk so my mixture was quite runny and I worried it wouldn’t set but thankfully it did.  My topping seemed darker than usual but I’m not sure how I managed that (could it have caramelised more?).  It tasted delicious though and was so quick to make as I cheated and used ready made pastry.  Here’s a quick recipe:


2 cups pumpkin cut into cubes
1/2  cup coconut milk (I actually used 1 cup of “Alpro Cuisine Coconut” as I happened to have that in the house but coconut milk is fine and I used too much so I’ve suggested you use less)
1/4 cup brown sugar
4 tablespoons maple syrup
2 sachets (16g) ground arrowroot
2 teaspoons all spice (cinnamon, coriander, caraway, nutmeg, ginger and cloves)
salt to season


Roll out pastry and place in pie dish.  Cut excess pastry with knife.

Boil the pumpkin for 20 minutes and drain.


Place all topping ingredients in blender and blend.


Bake for approximately 50 minutes until crust is light golden brown.


Serve hot and fresh or for best results leave to cool and then put in fridge overnight to fully set.  Serve with vegan  ice cream or cream.

We lit our pumpkins and later enjoyed Pumpkin Pie!


Watch our pumpkin picking video below:

I’ll post all about our Halloween tomorrow.  Did you have fun pumpkin picking?  What pumpkin recipe did you make? 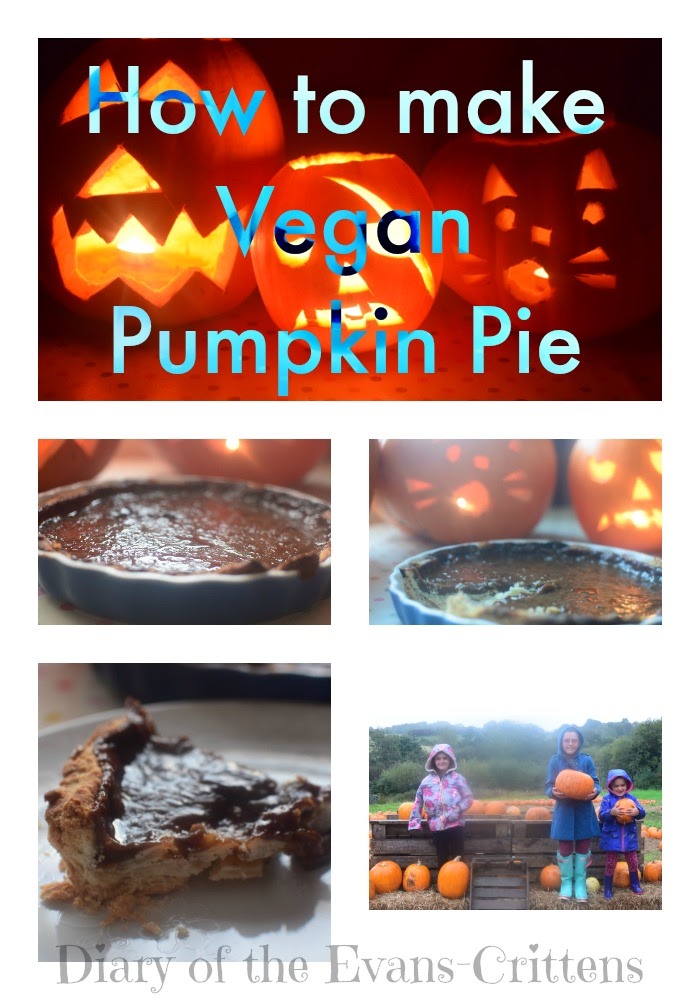