I’ve found parenting difficult lately, and by that I mean even more difficult than usual (I mean it’s never the easiest role in the world, is it?).  The kids have been so wound up, whilst simultaneously I’ve had less patience and time for them.  Something needed to change.

After a weekend away with four over active kids,  I returned home feeling frazzled.  I  sat talking to Dave about it trying to work out why the kids were no longer listening to me, why they had been extra noisy and boisterous (meaning more cuts, accidents and fall outs than I could deal with when we’ve only just had Caitlyn recover from a broken arm), I was feeling like this must be my fault and I’d failed somehow as a parent.


I couldn’t even relay to Dave everything that they’d got up to that made me feel this way  but at the time it seemed like there was “an incident” every second, such as chairs being swung and falling over, fingers being jammed in doors, shouting at each other and once the excitement had worn off constant moaning and grizzling.


I feel guilty for bringing up the bad parts of family life as I know I’m so lucky to have these four children and everyday I do count my blessings, it’s just that I’d prefer to count them without the pounding headache that days like this bring so we can all enjoy our time together happily and (dare I say it?) more peacefully. 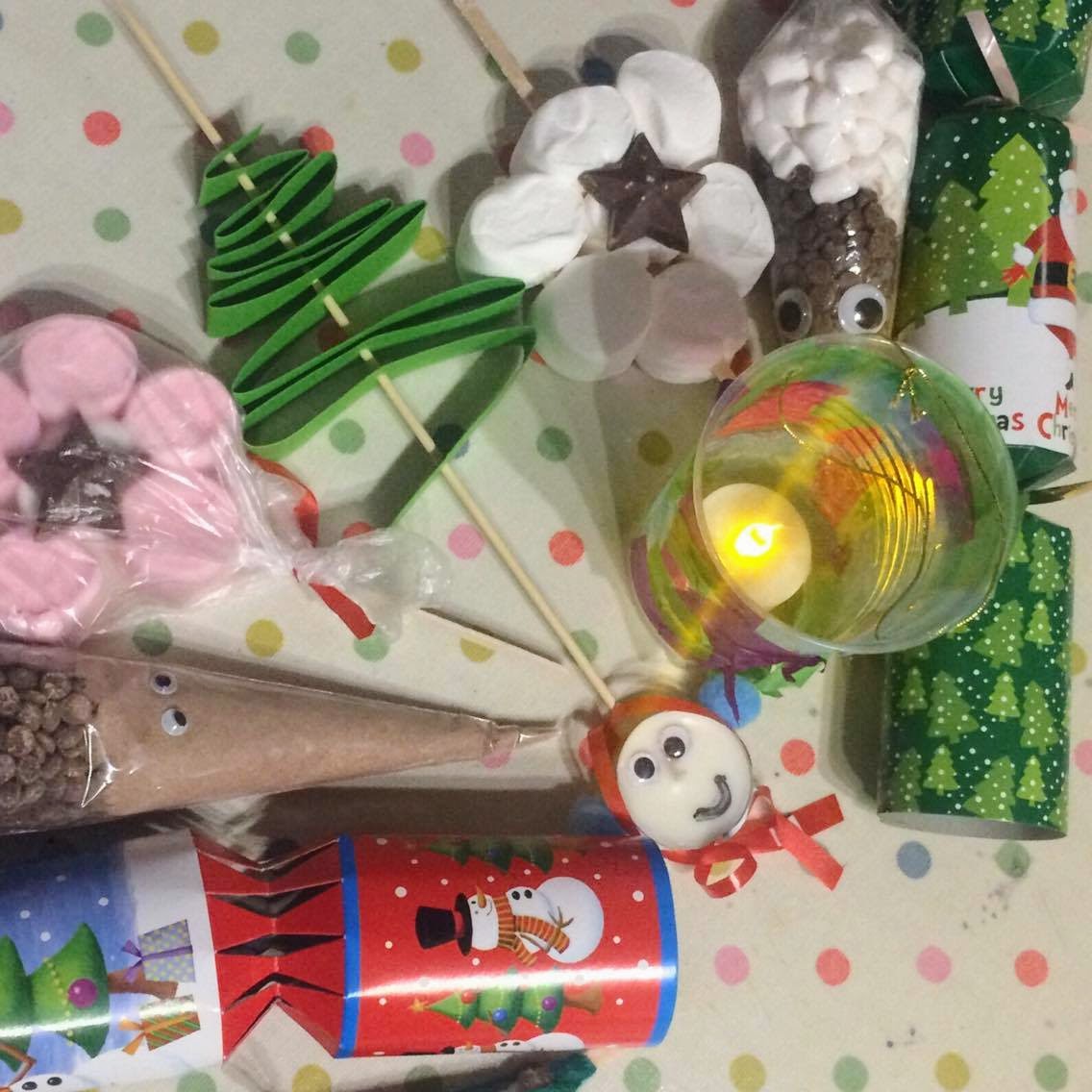 So this is Christmas


Whilst talking it through the realisation hit me that this happens every.single.year.  It’s Christmas.  And Christmas has come early this year– from the supermarket tree being put up on Halloween evening (yes, really) to Christmas lights being turned on from the beginning of November.  The huge build up of excitement is already within them.


In addition to the stimulation from Christmas adverts and decorations, they’ve also started rehearsing the school Christmas plays and carols and making Christmas crafts for competitions both in school, at home and Brownies.  That’s all great stuff, as it is a lovely time of year.  I feel excited too (but with the added grown up worries -insert *sarcastic* yay!).  When I was younger this excitement would start on December 1st with the opening of our Advent Calendars and the decorations going up; but during my kids’ era there seems to be this limbo period in November where half the neighbourhood has started Christmas already and literally got it all wrapped up whilst the rest of us still have our fingers in our ears trying to drown out the Christmas tunes.


Realising there was a possible reason for the increase in the problem behaviour gave me some relief.  I know I am still partly to blame by being sorely lacking in patience and time for them but I know I can make changes and hopefully (*crosses fingers*) see some improvement in the next few weeks.

Hopefully these strategies will help.  I want to keep the magic and excitement of Christmas alive but keep the good, polite behaviour and avoid the inevitable “crash” that occurs after such a high.

Are your kids already excited about Christmas?  How do you keep them (reasonably) calm during the festive season?