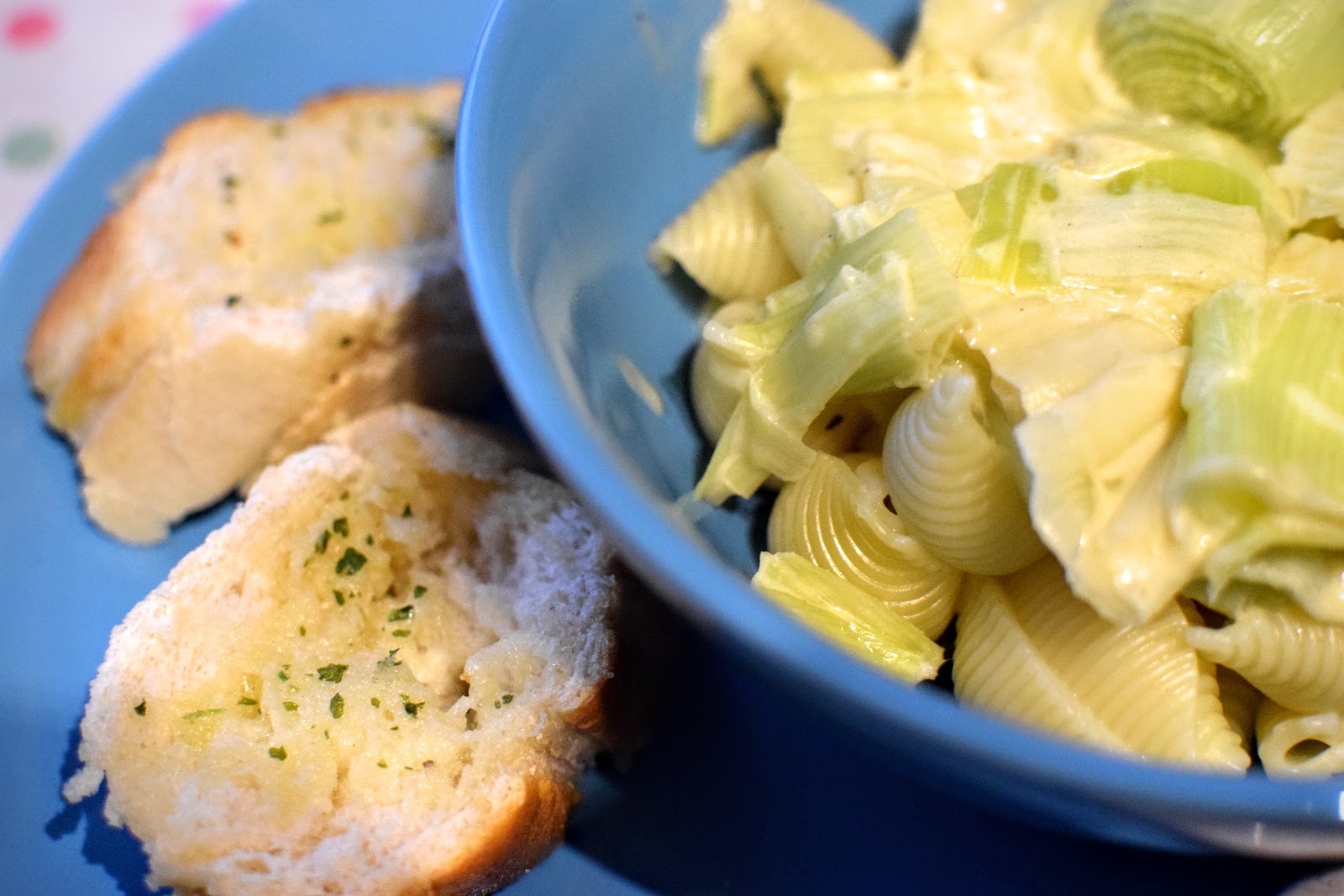 I love leeks and I also love quick and easy tea ideas so this recipe that I accidentally discovered last night, Coconut and Leek “Carbonara Style” Vegan Sauce is great.


When I was still a vegetarian I had a go-to cheese sauce recipe that I could whip up instantly with store cupboard ingredients.  Since being vegan I’ve used vegan milk or a melted vegan cream cheese as a quick pasta sauce but this time I used Coconut Cuisine and the results were delicious. 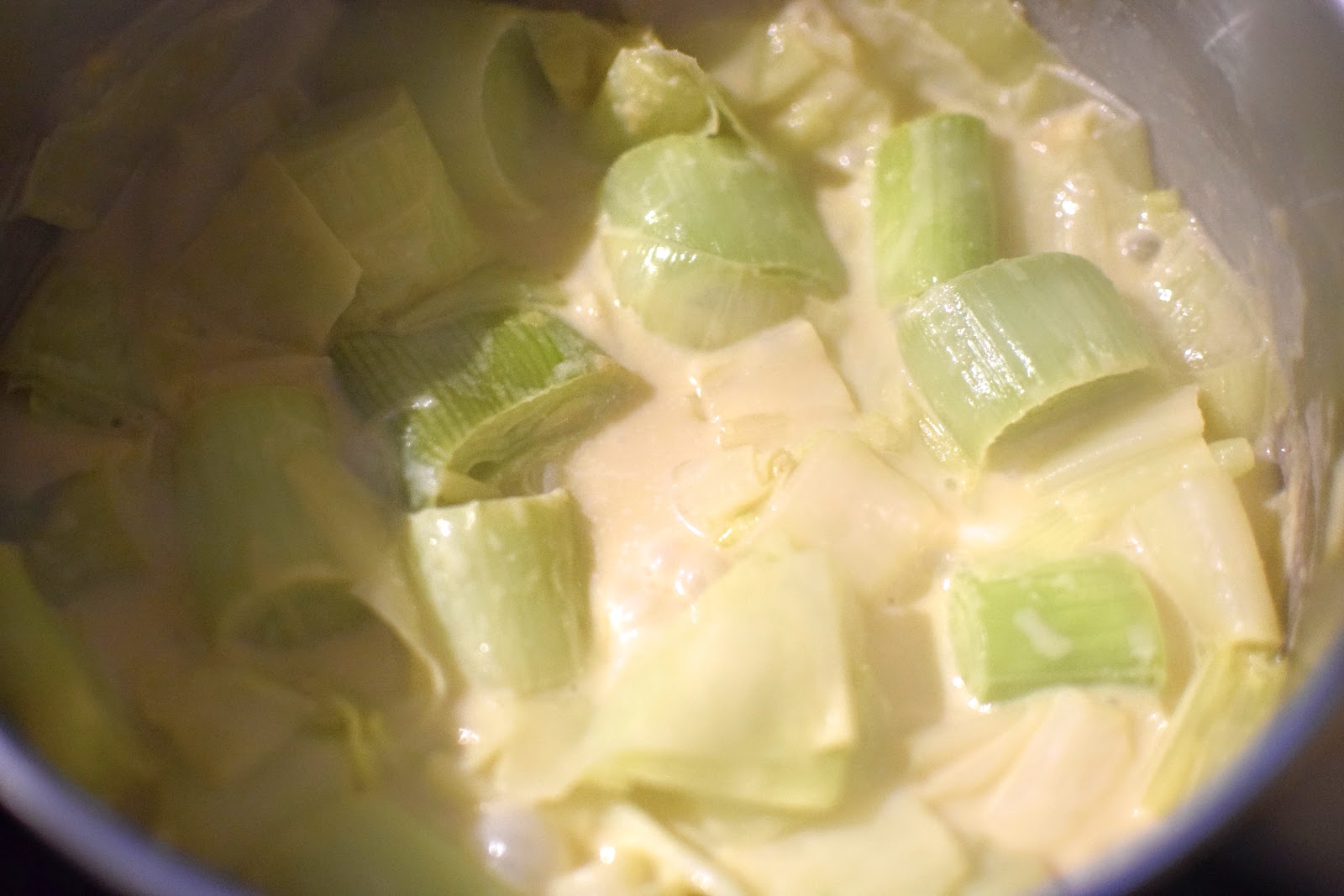 
Put the pasta onto boil with a stock cube or sprinkle of mixed herbs.  Cook according to instructions.

Add a sprinkle of black pepper and sauté until leeks are soft.


Add the coconut milk or Coconut Cuisine and stir.


Stir in the nutritional yeast.


The coconut milk will soon thicken to a sauce.


Drain the pasta and serve.  Add the Coconut and Leek pasta sauce. 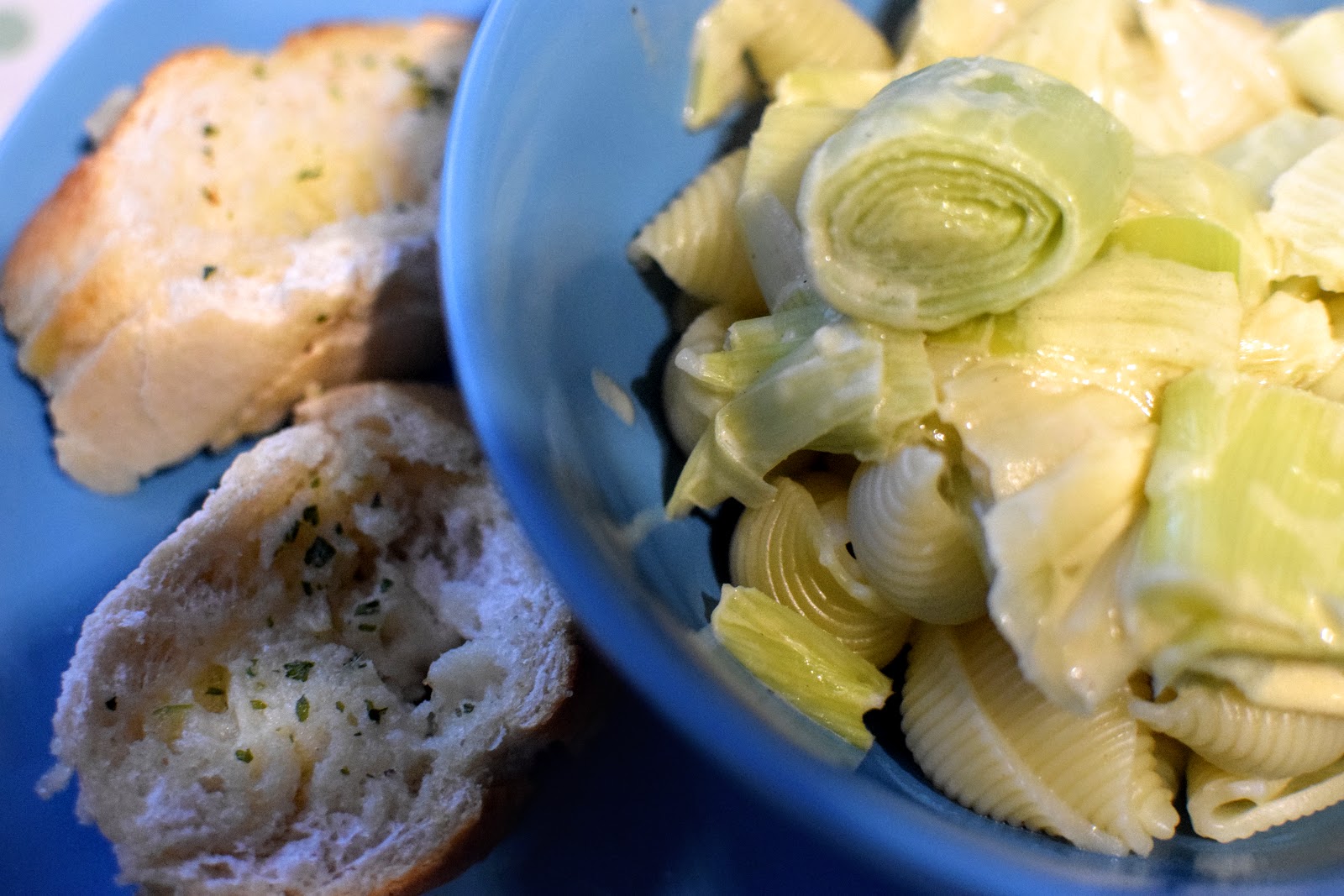 This makes a comforting, filling and nutritious meal, perfect for the cold Autumn Months.  The Coconut and Leek Pasta Sauce could also be baked and served as a vegetable side dish.  Grated vegan cheese could be added too.


I’ll definitely be using coconut milk /coconut cuisine as a base for more white sauce dishes in the future!


How do you make your favourite vegan white sauce?