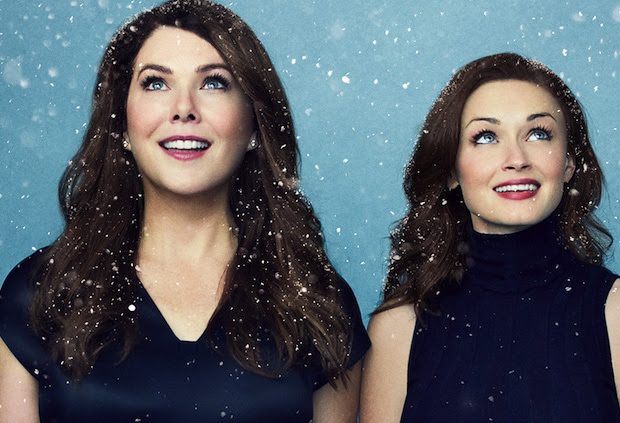 Oh, the “Winter, Spring, Summer and Fall” season posters have been released for each special Gilmore Girl’s episode featuring in the new series, “A Year in the Life.”  The posters are gorgeous, if a little bit over photoshopped maybe?  Take a look (along with some of my favourite quotes from the previous series): 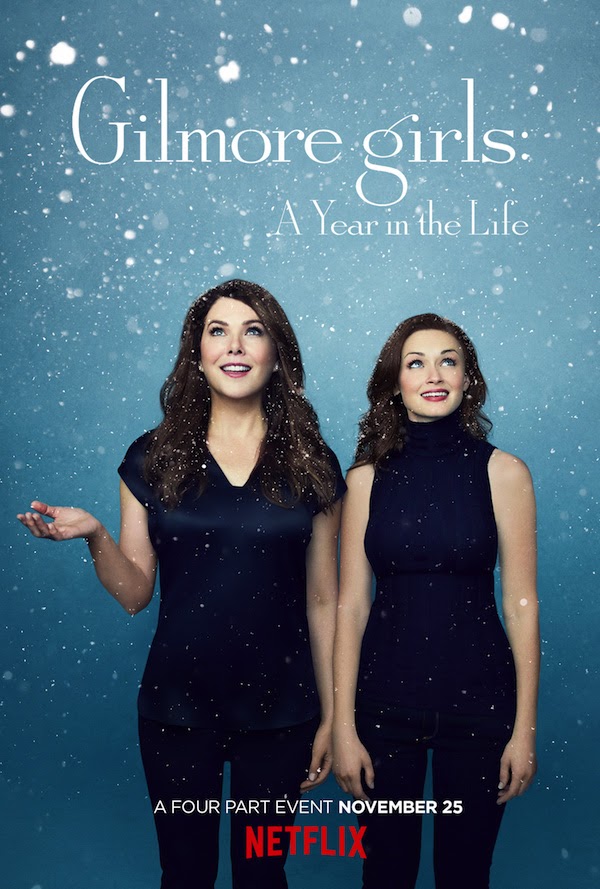 Wait, close your eyes and breathe. I smell snow.

Everything’s magical when it snows, everything looks pretty. The clothes are great. Coats, scarves, gloves, hats.

Did anyone ever think that maybe Sylvia Plath wasn’t crazy, she was just cold. 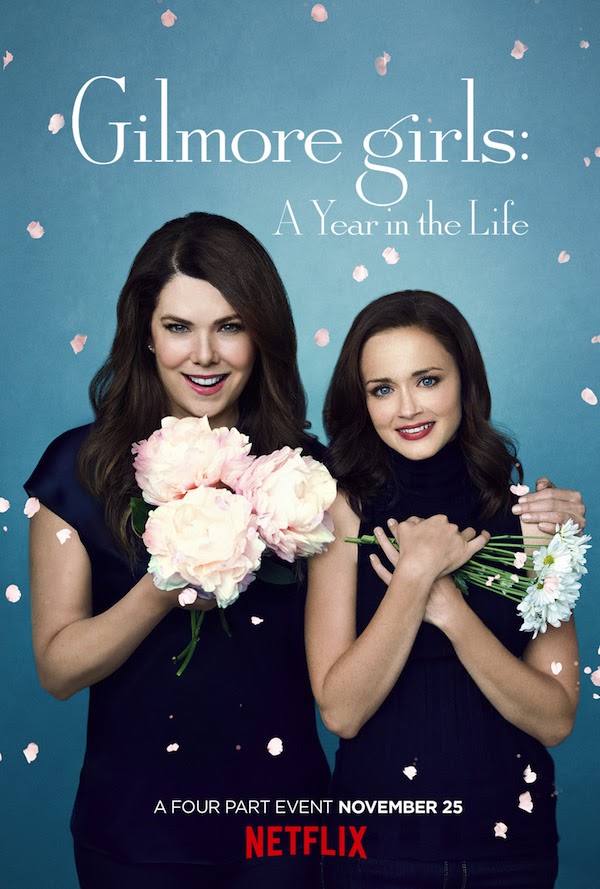 It should be magical. There should be music playing and romantic lighting and a subtle buildup to the popping of the big question. There should be a thousand yellow daisies and candles and a horse and I don’t know what the horse is doing there unless you’re riding it, which seems a little over the top, but it should be more than this.

Lorelia Gilmore to Max (remember him?) on proposal.

Which inspired one of my favourite quotes:

I love you a thousand yellow daisies. 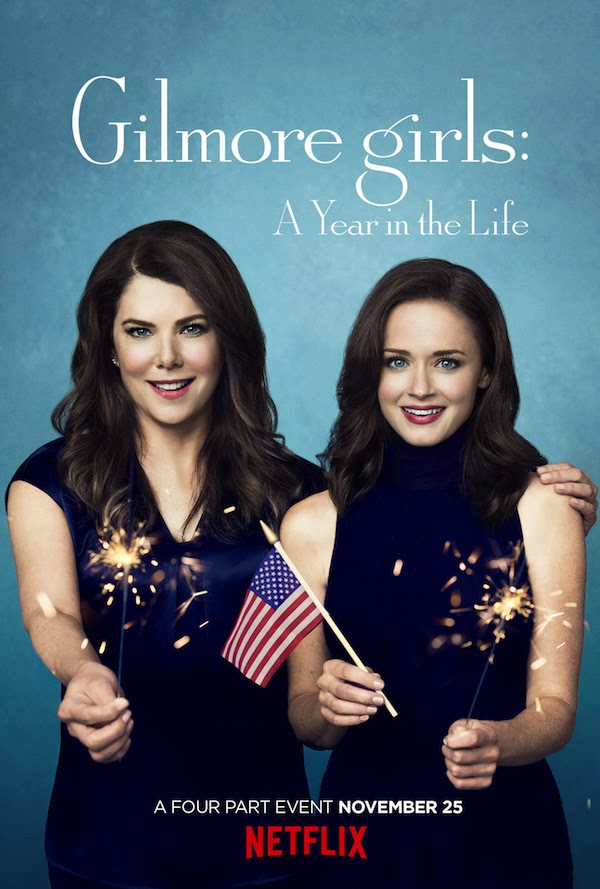 He’s totally fine having his personal freedom slowly stripped away, as long as he’s completely unaware that it’s happening. Just like a true American. 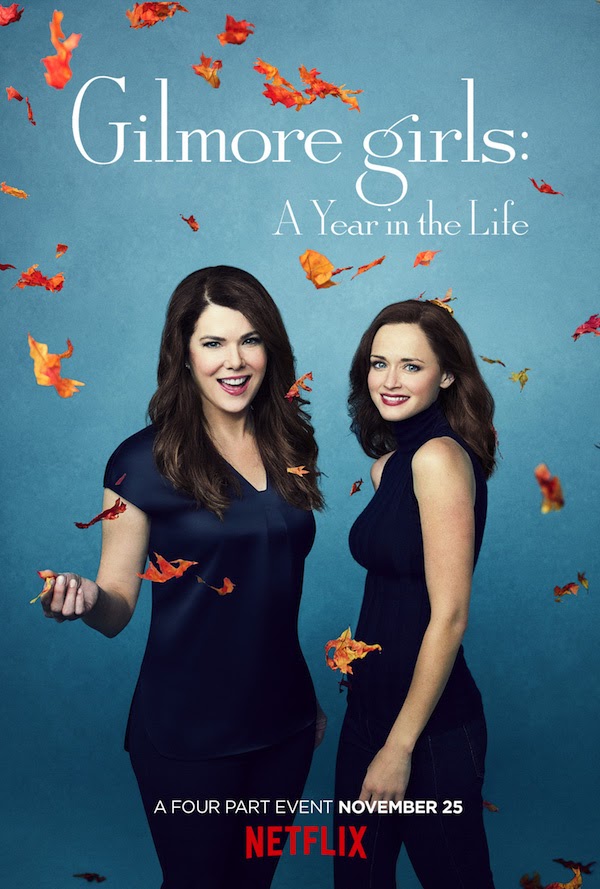 Fall (Autumn to us in the UK):

No turkey, no squash, no pumpkins. Nothing colored orange….

You know where you can stick the spirit of fall?

Gilmore Girls:  A Year in the life will arrive on Netflix at midnight on November 25th.   The series will be broadcast in four parts broke into four different seasons.

The episodes will be 90 minutes each and pick up ten years after we said goodbye to our favourite characters. 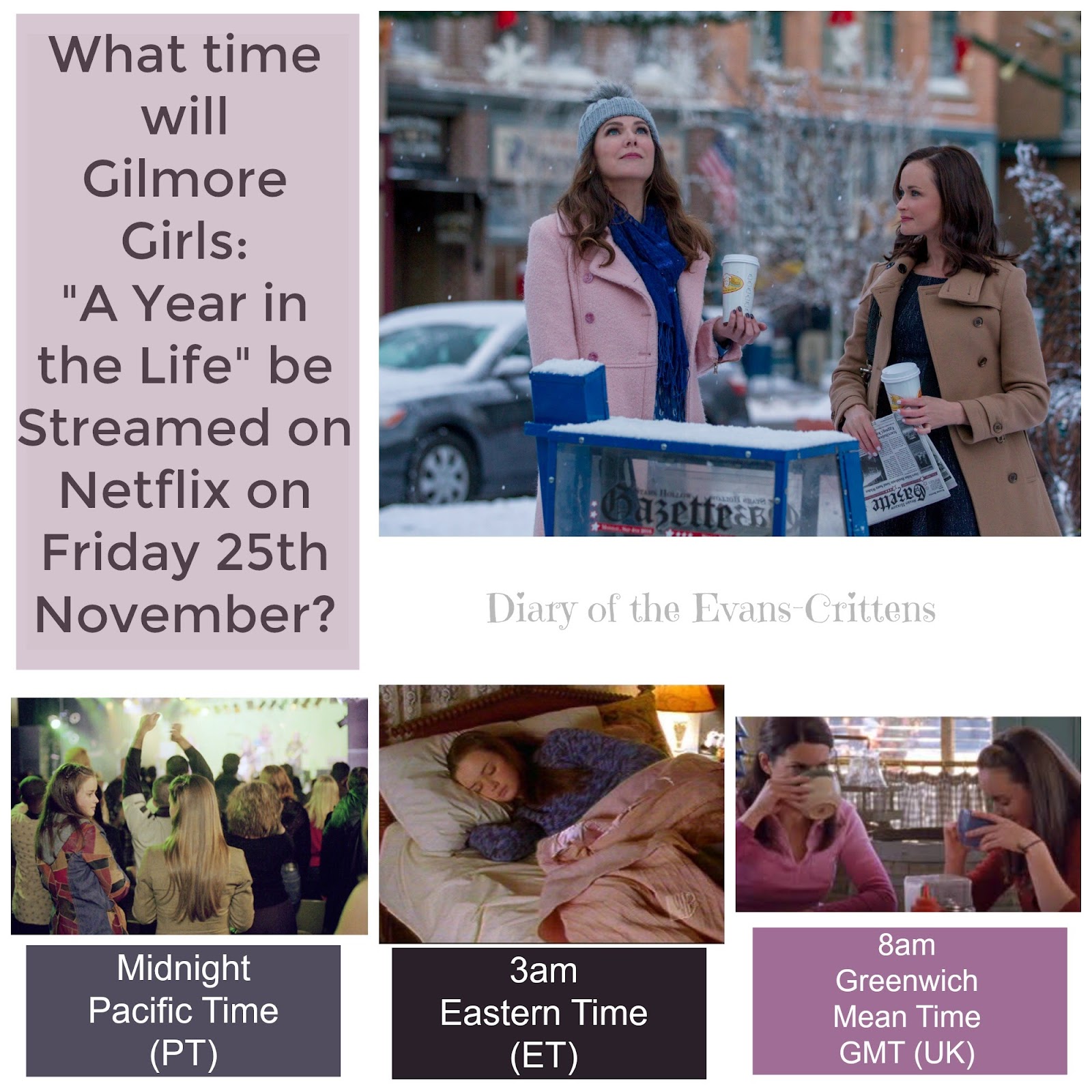 I’m already dreading the season finale and hoping another series will be announced shortly after!