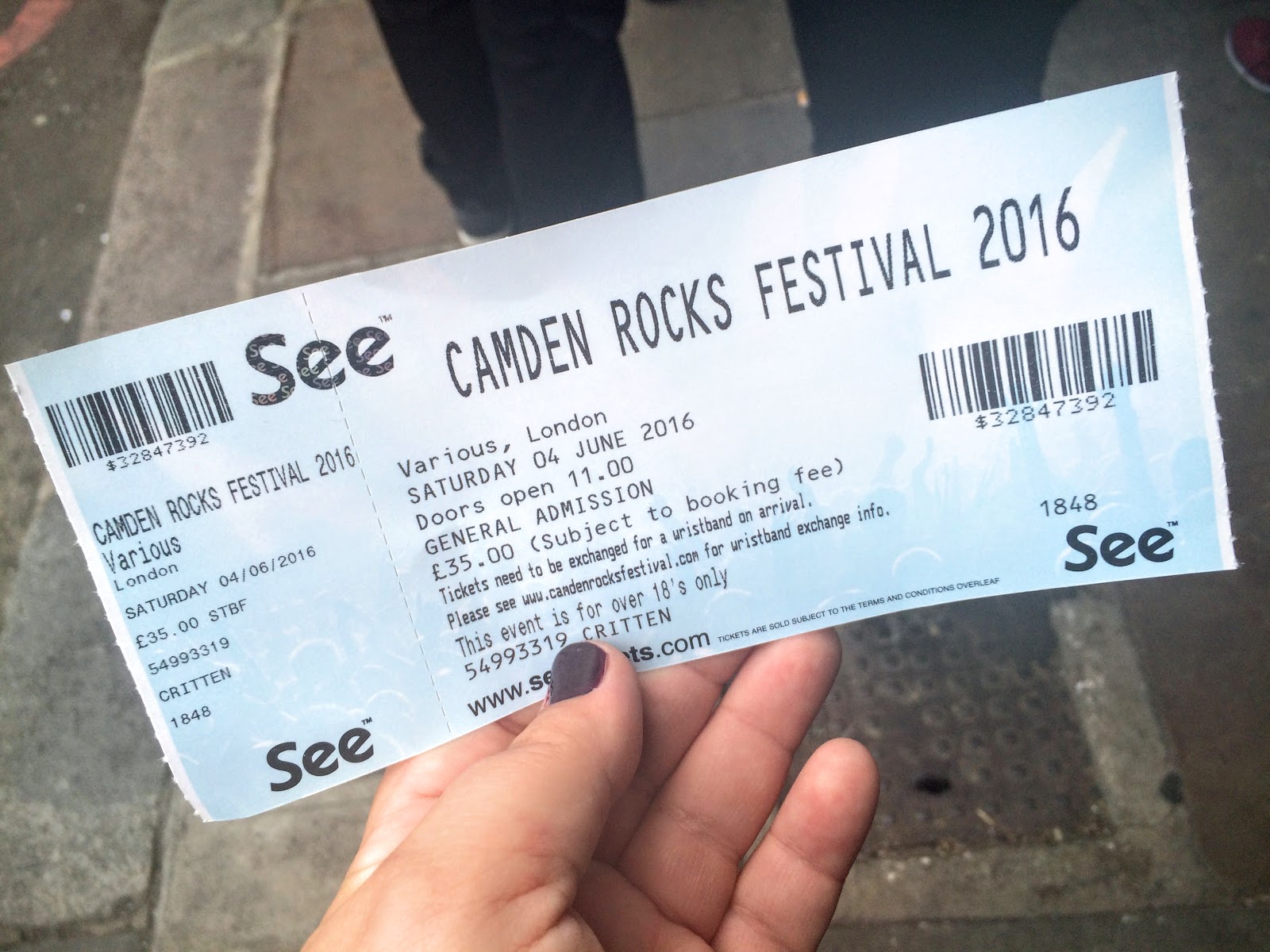 Three weeks ago we went to Camden Rocks Festival.  I wrote about our hotel and shared some photos of Camden Town in my last post, but here are the phone shots of the “festival” side of our weekend: 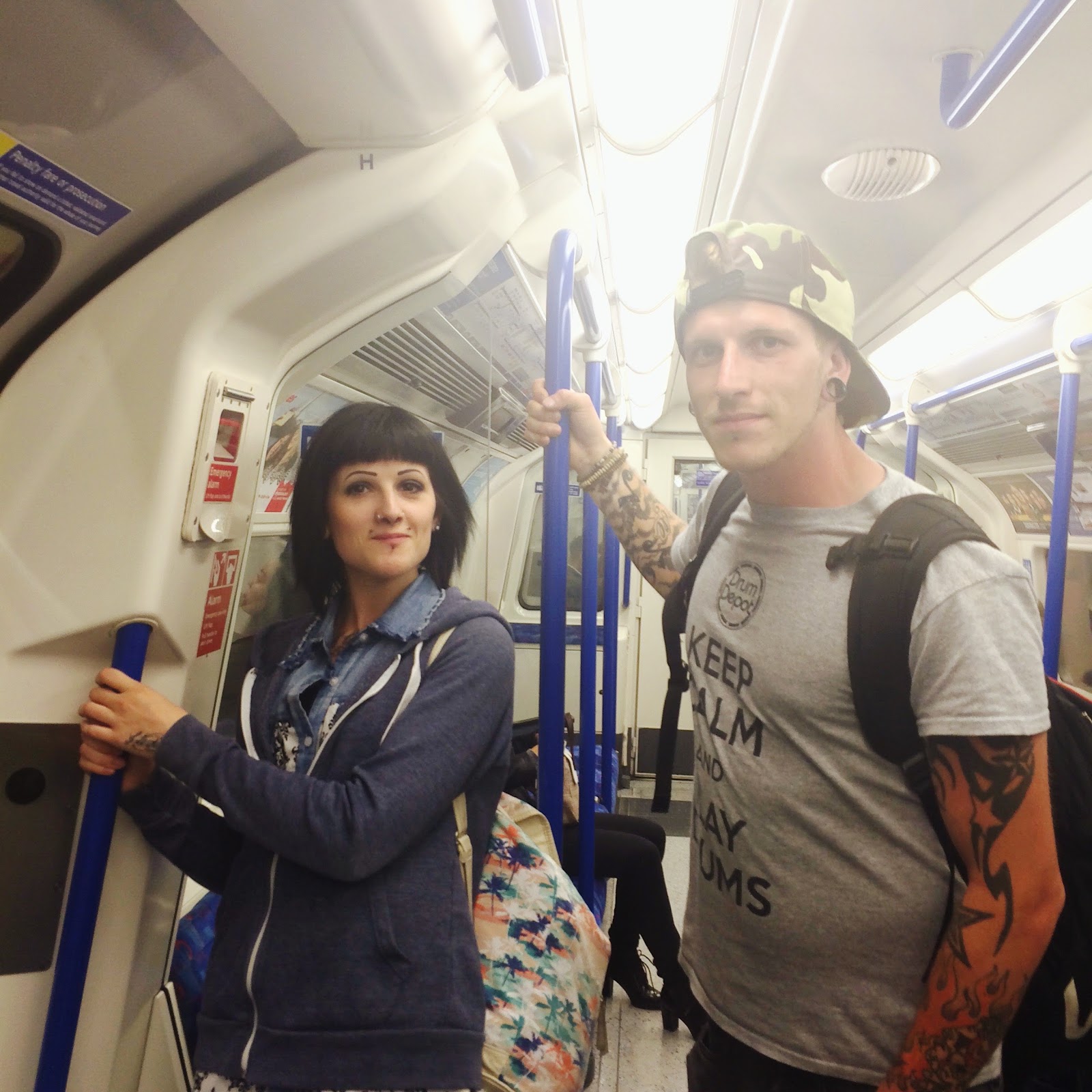 We took the Megabus to Victoria and from Victoria, we took the tube to Camden with our friends Tom and Rhi. 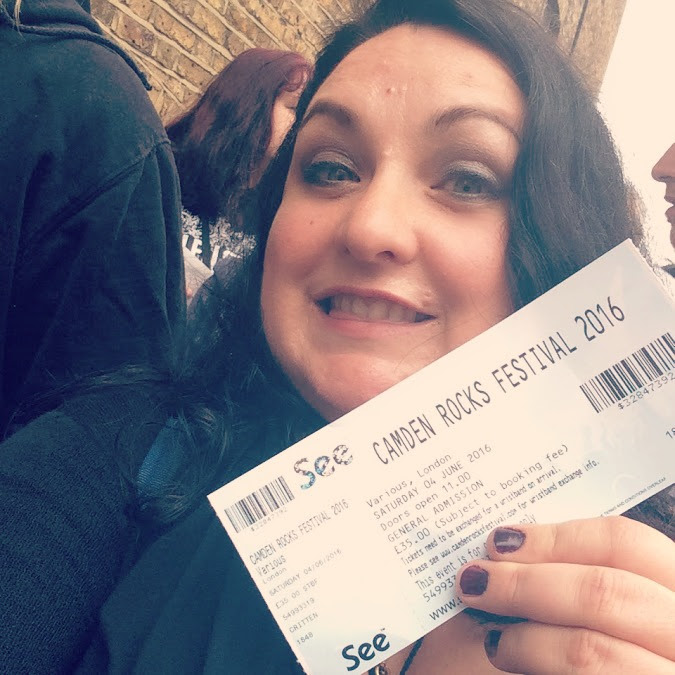 We went straight to The World’s End to pick up our tickets-  I may have been slightly excited by this point (of course I was!). 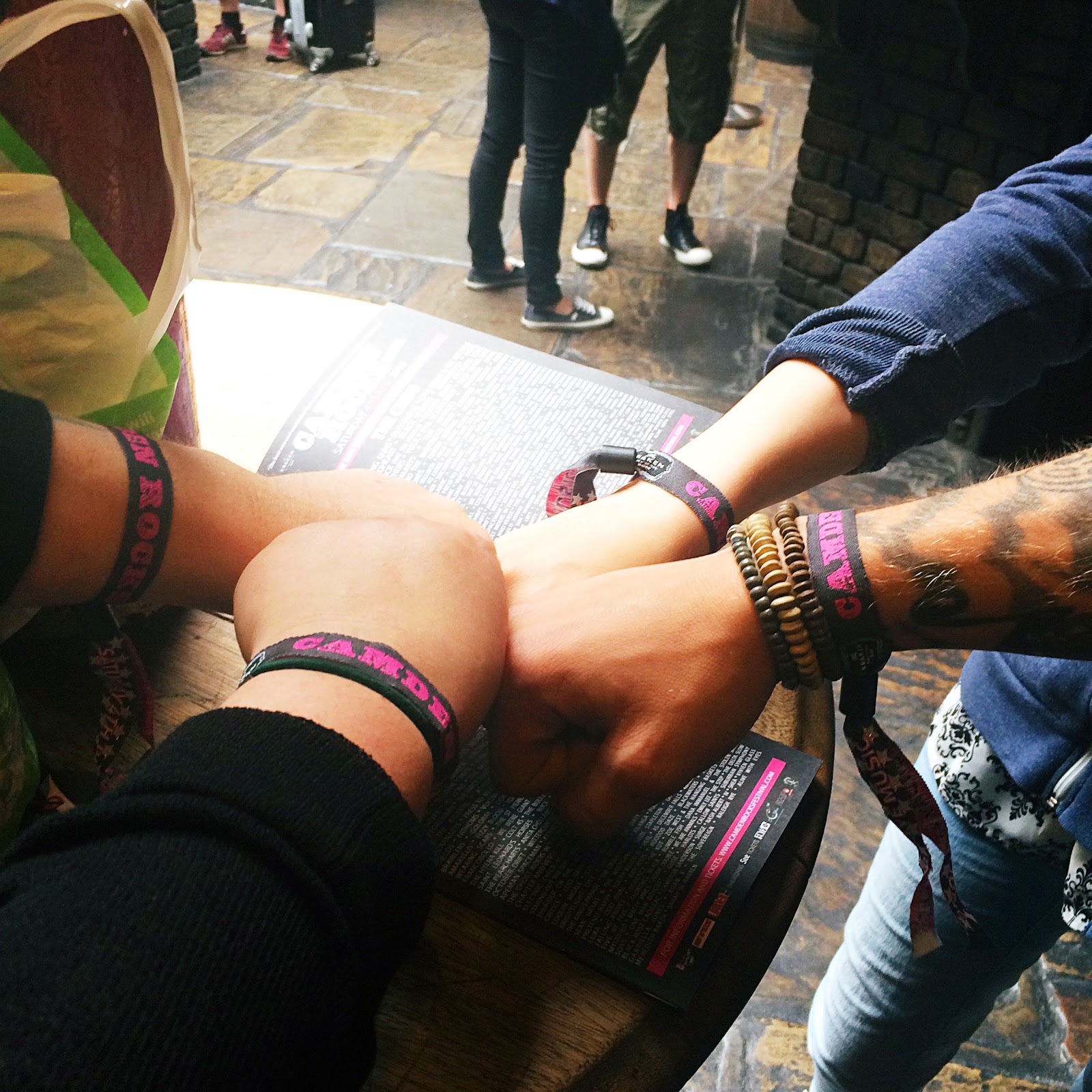 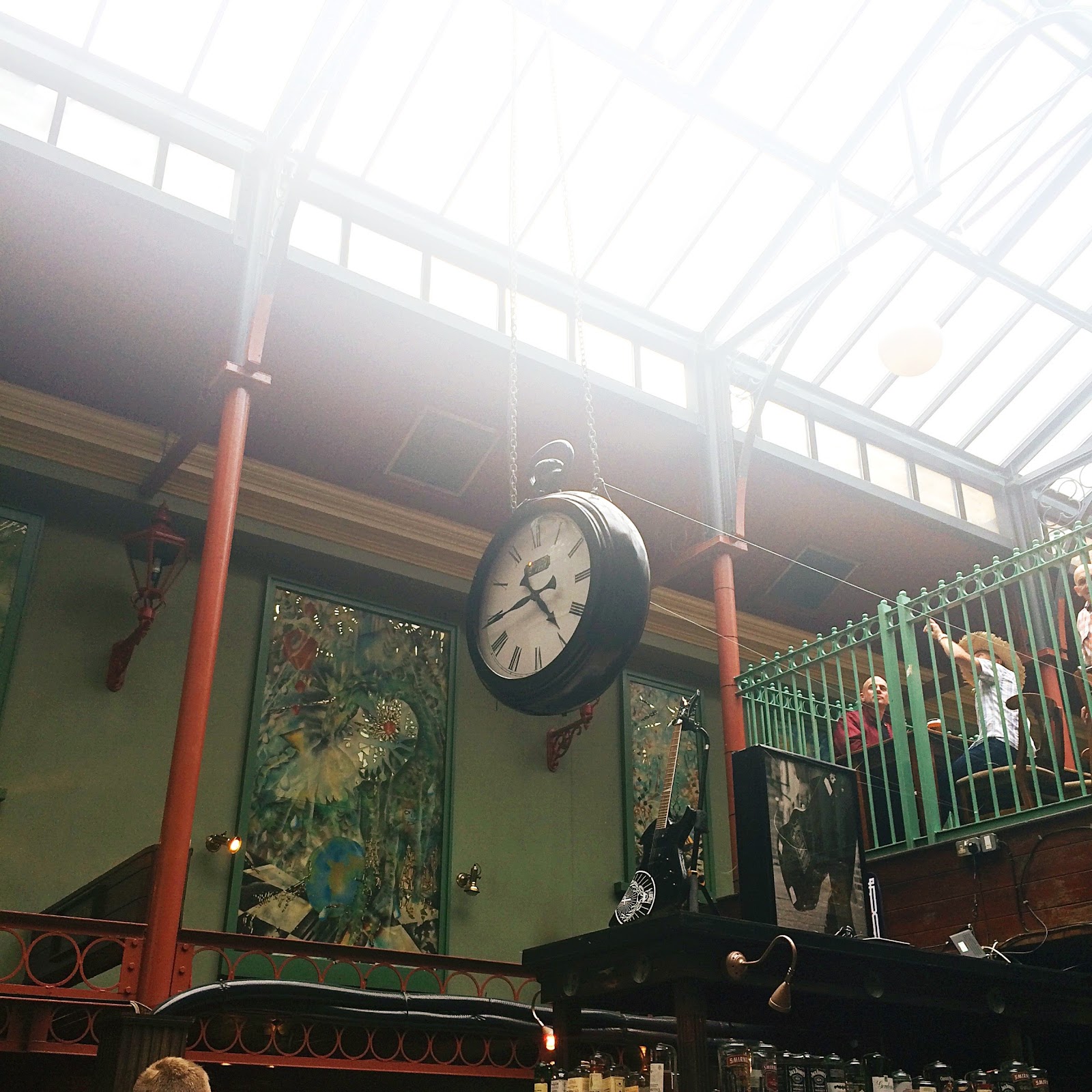 We stayed for a few pints in The World’s End (it would have been rude not too). 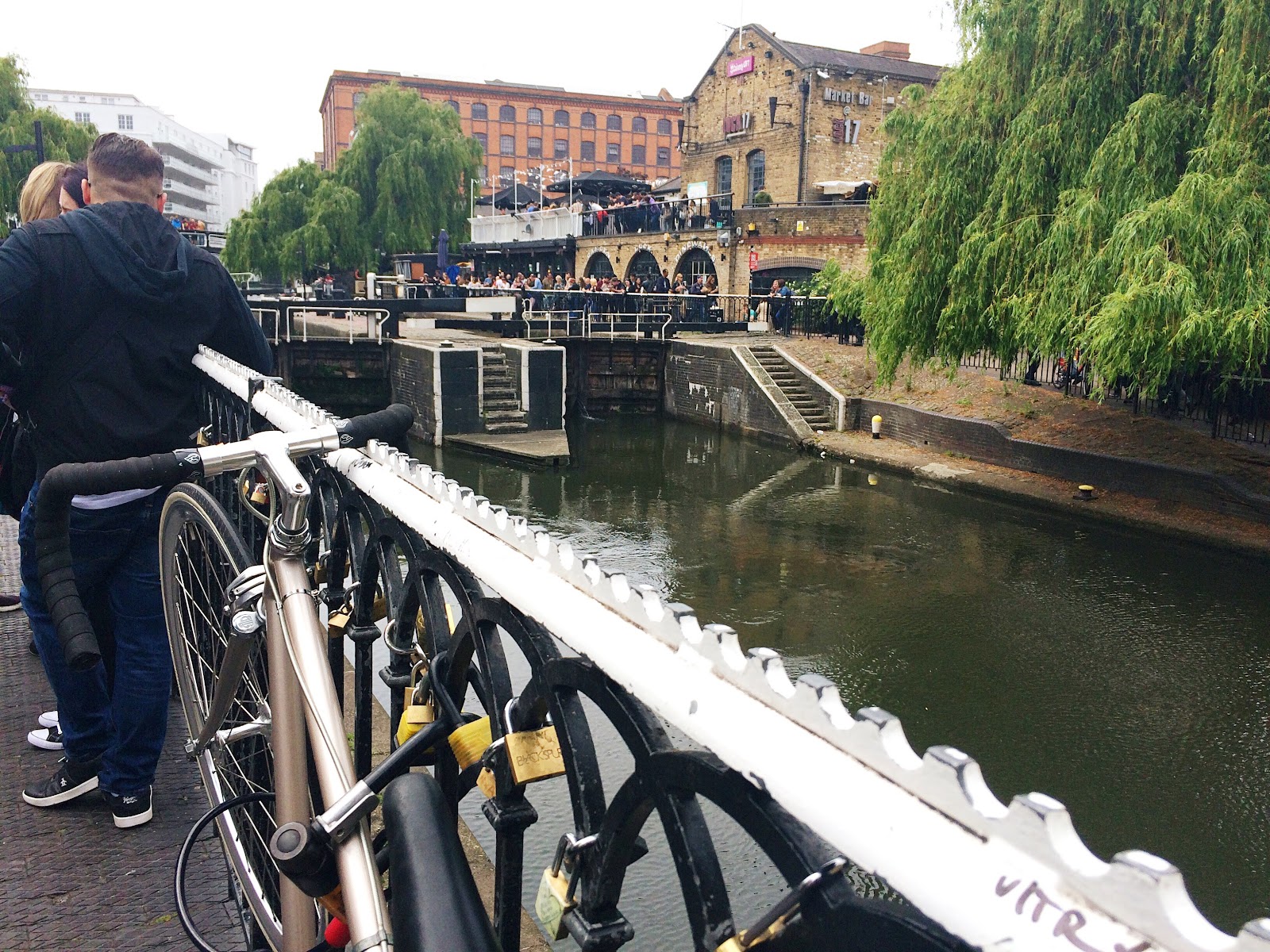 We then put our bags in the hotel and went to find some food before the bands started. 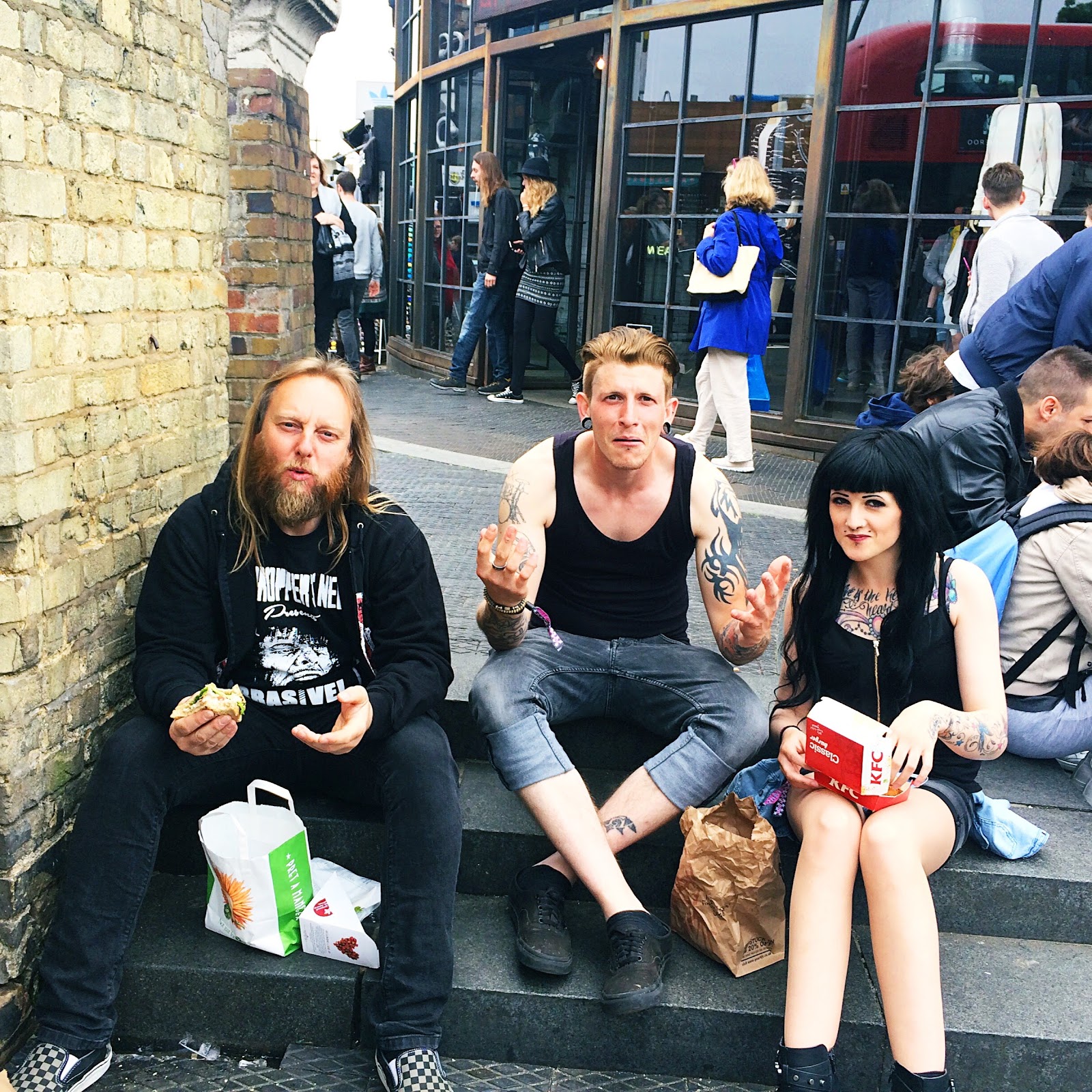 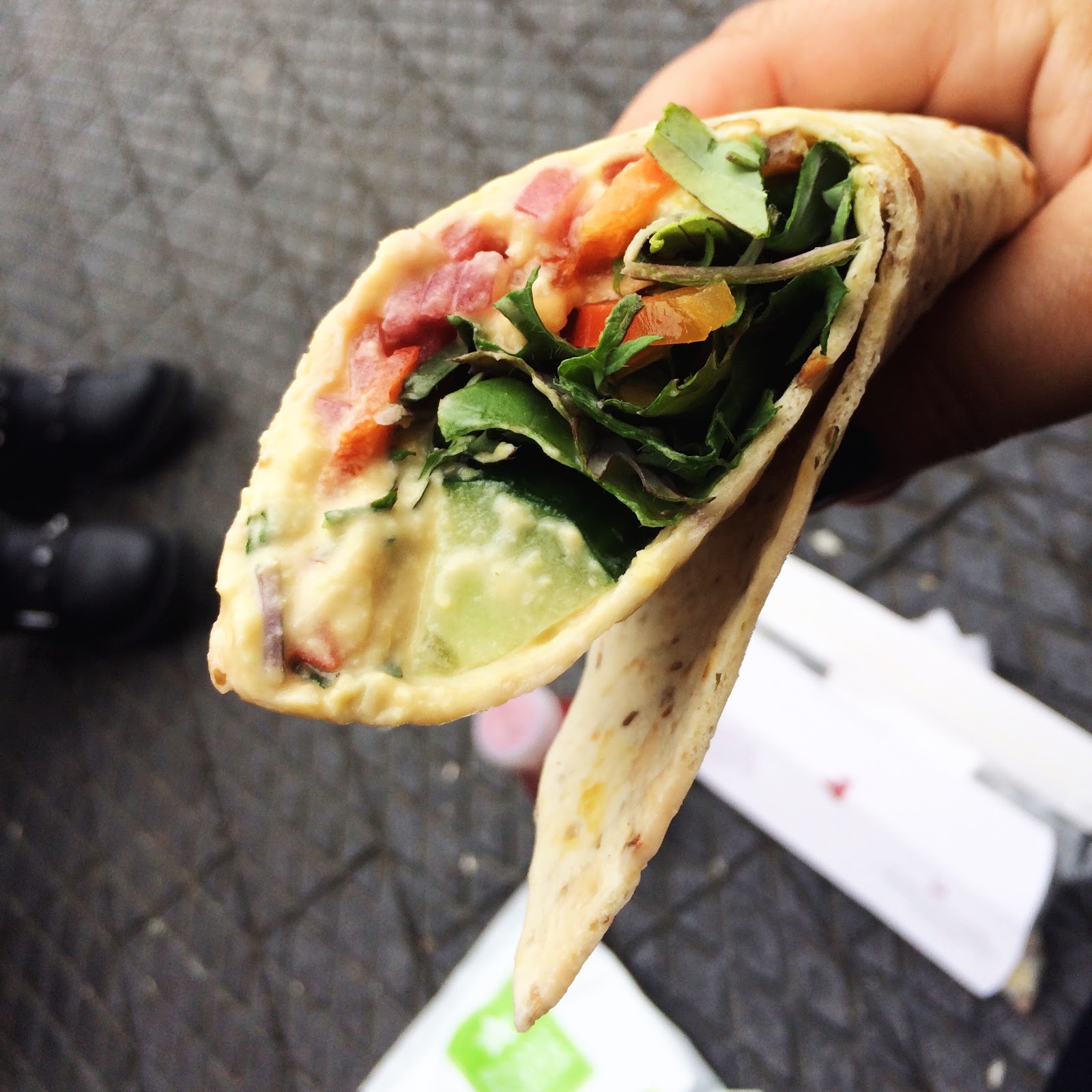 We popped to Pret for a number of reasons:  there was one right in front of us, they’re quick, we could “take out”, eat by the Lock and  they have lots of vegan options for me to choose from. 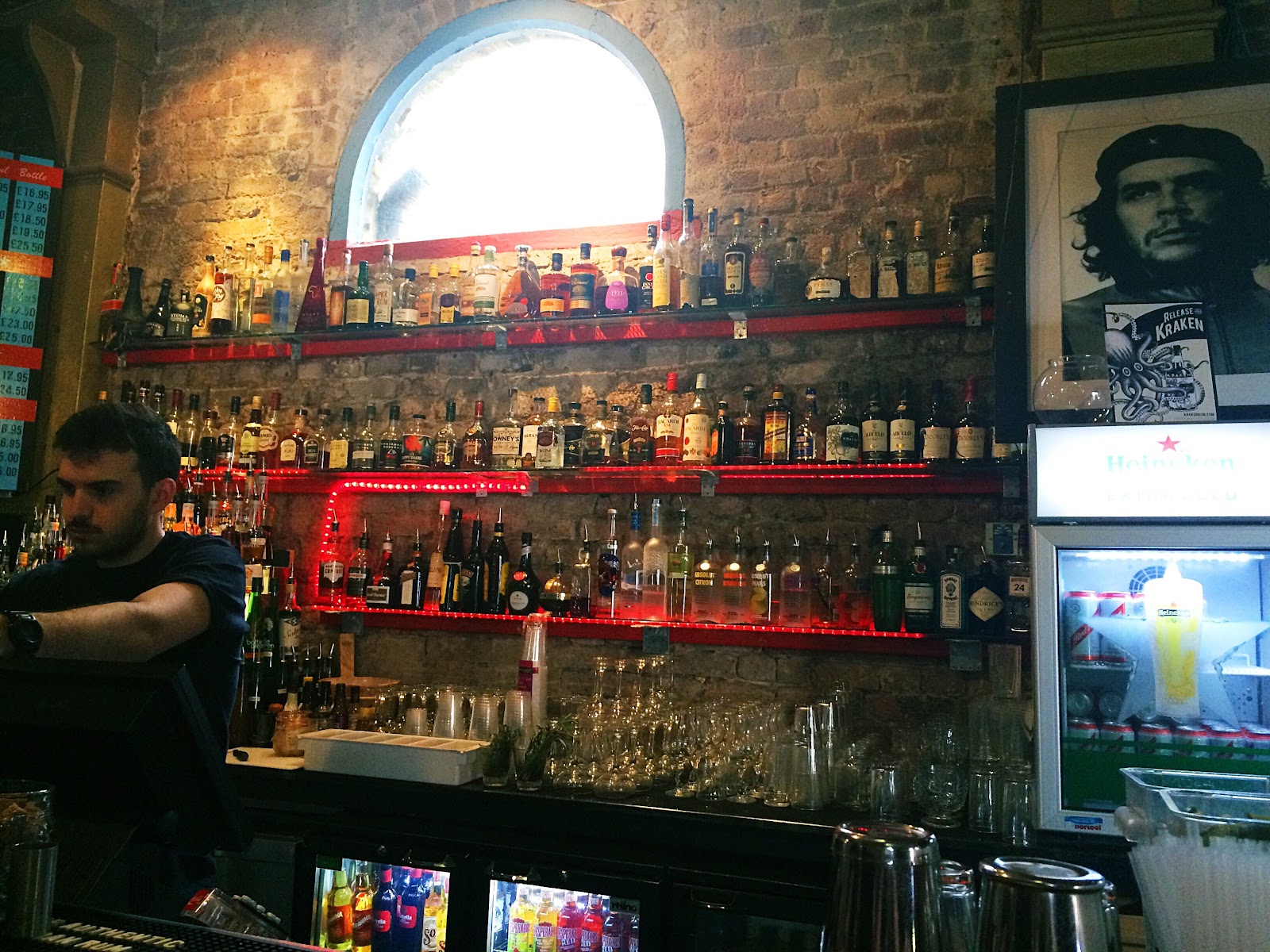 We then headed to The Cuban to watch Ginger Wildheart. 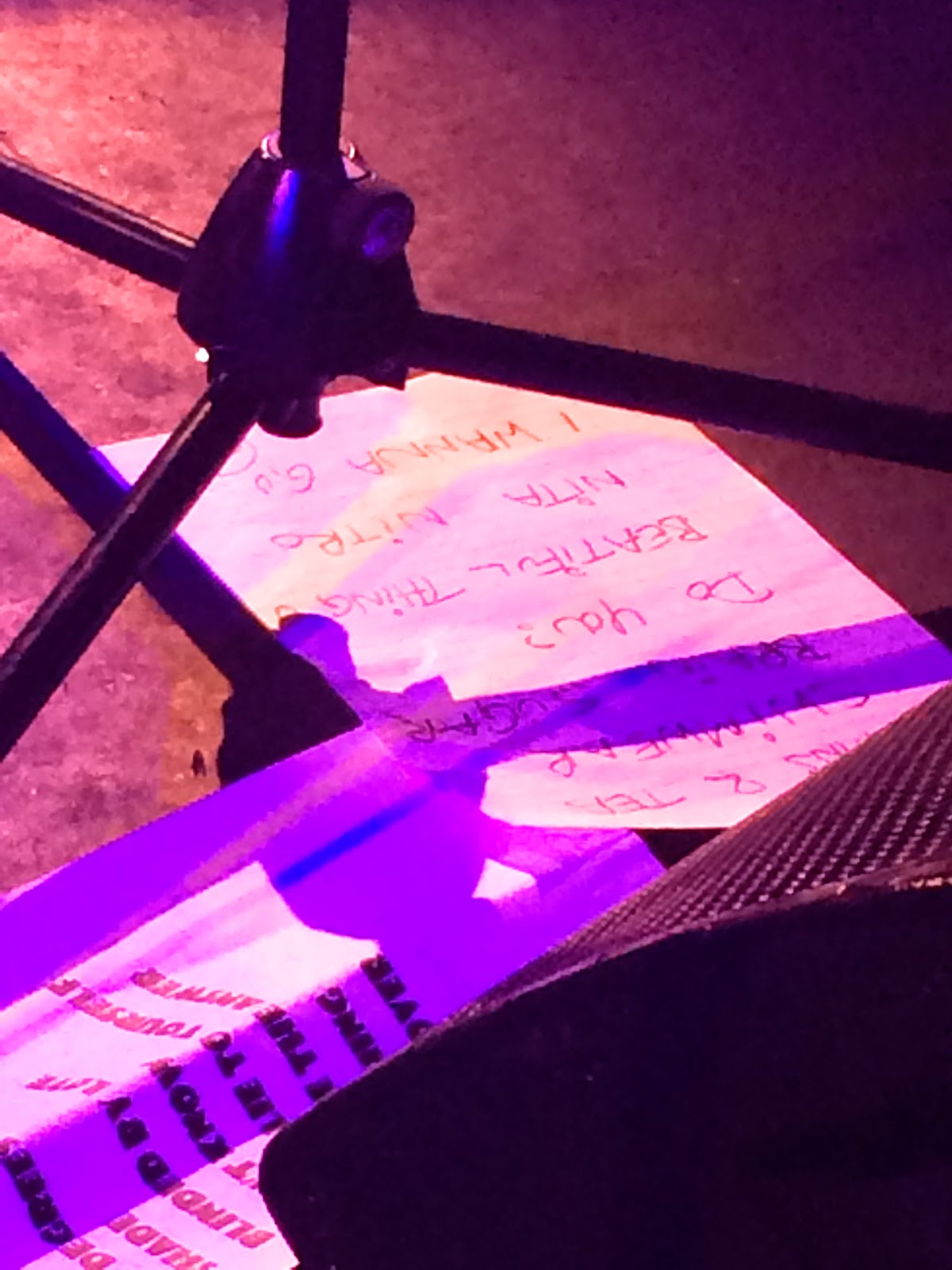 Waiting for Ginger’s first set to begin we chatted to fans and friends that we recognised from other gigs (and online groups) and took a peek at the set list. 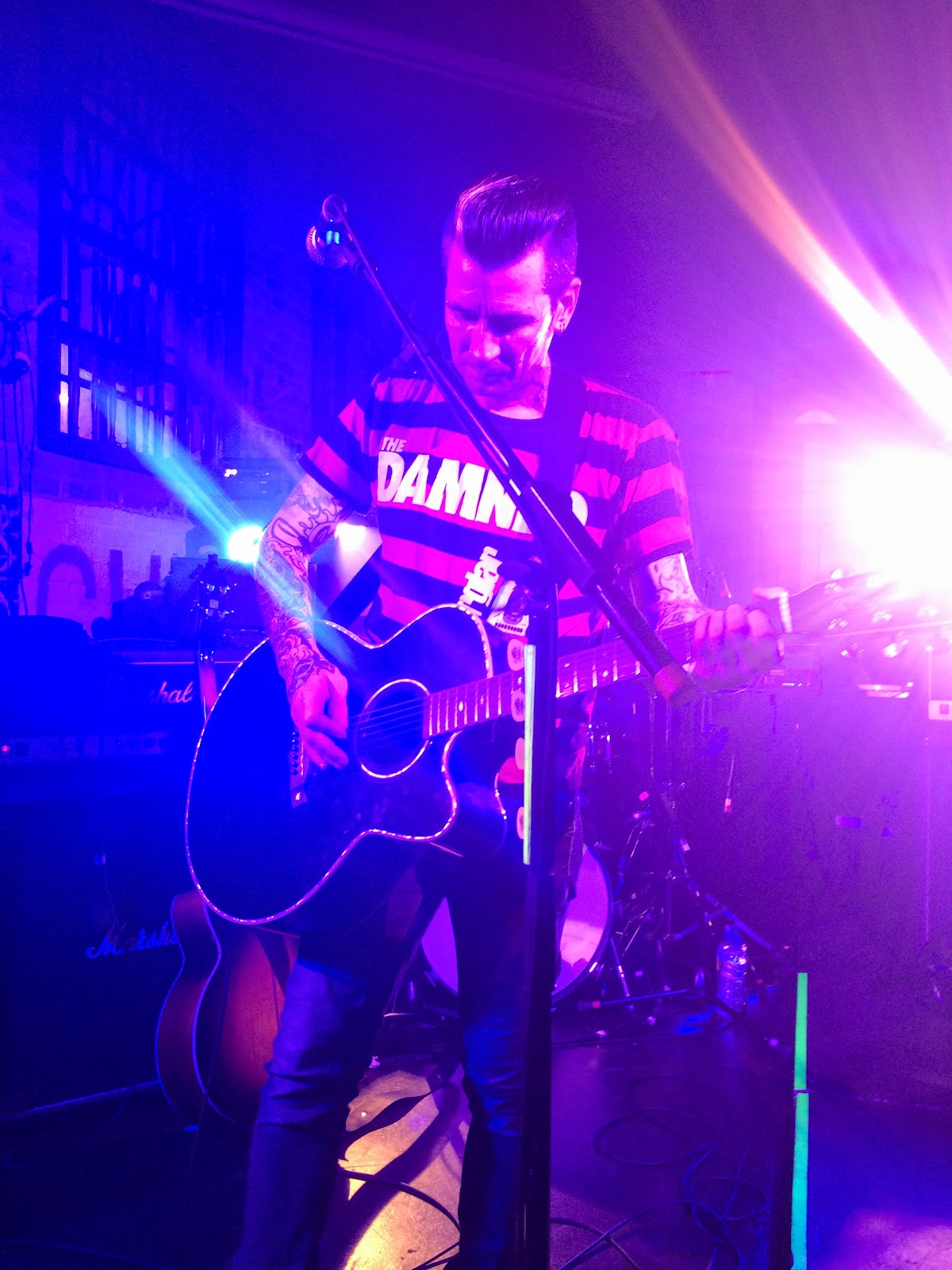 The best roadie in the World, Dunc began setting up, we could see Ginger just to the side of the stage. 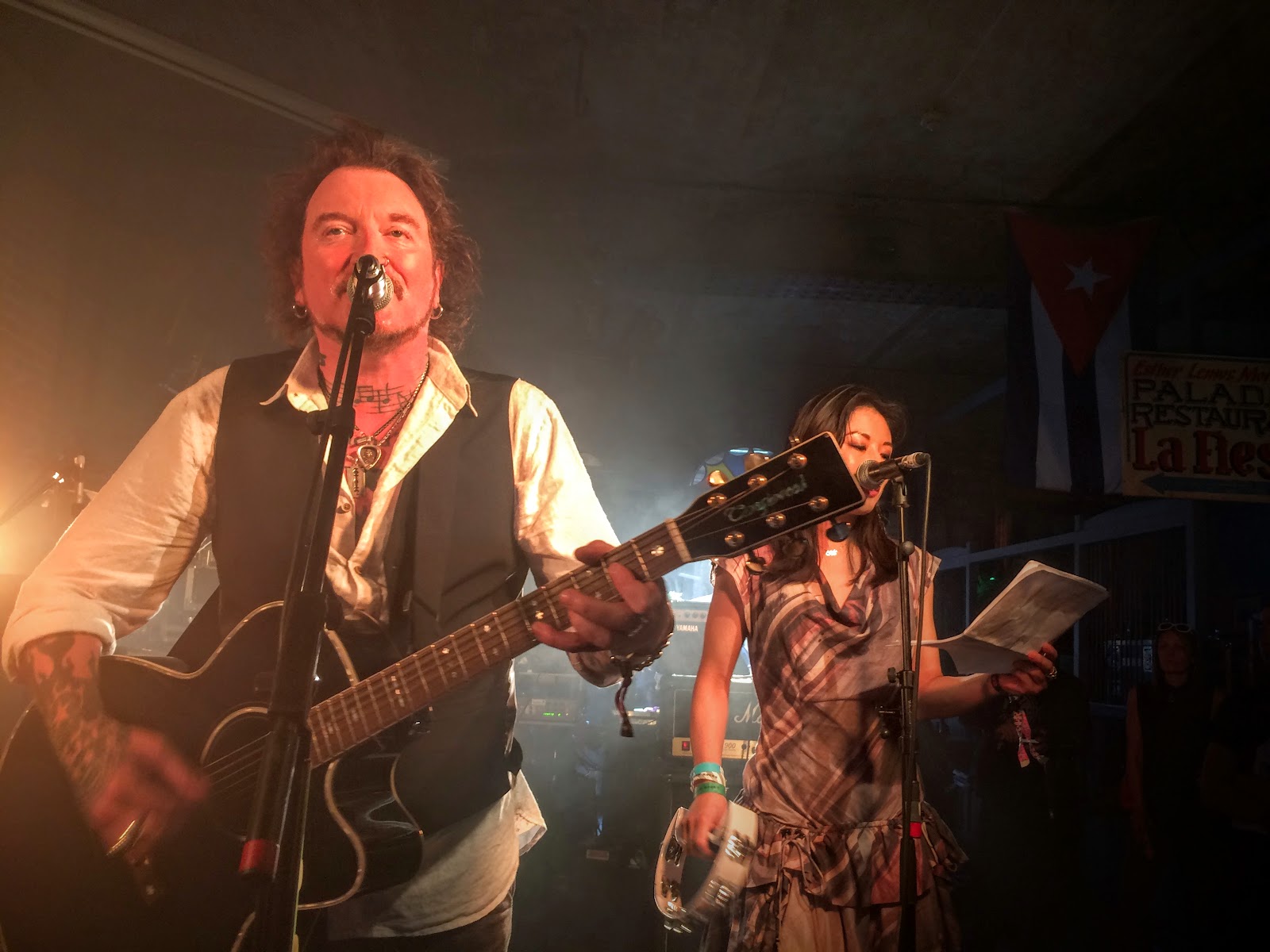 There were a few technical problems getting the sound right so in true Wildheart fan style we joined in a sing song of lots of our favourite tunes over the years.  Who needs guitars and amps?  Where there is Ginger, there is a show. 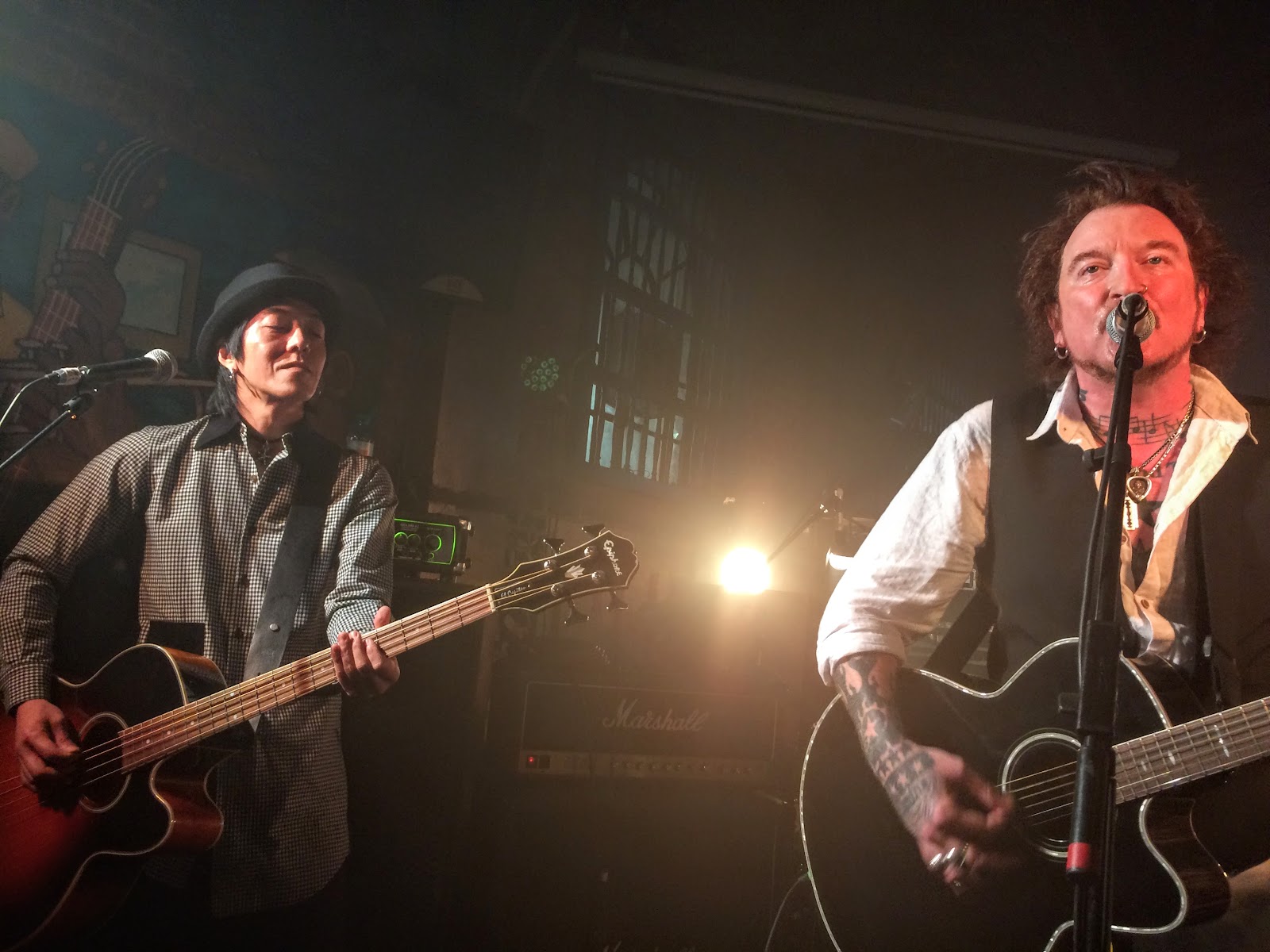 Ginger was joined onstage by fellow Hey Hello band members (more like family really) Toshi and Ai Sugiyama.  The friendship and chemistry between the three shone through and gave the gig a lovely welcoming atmosphere. 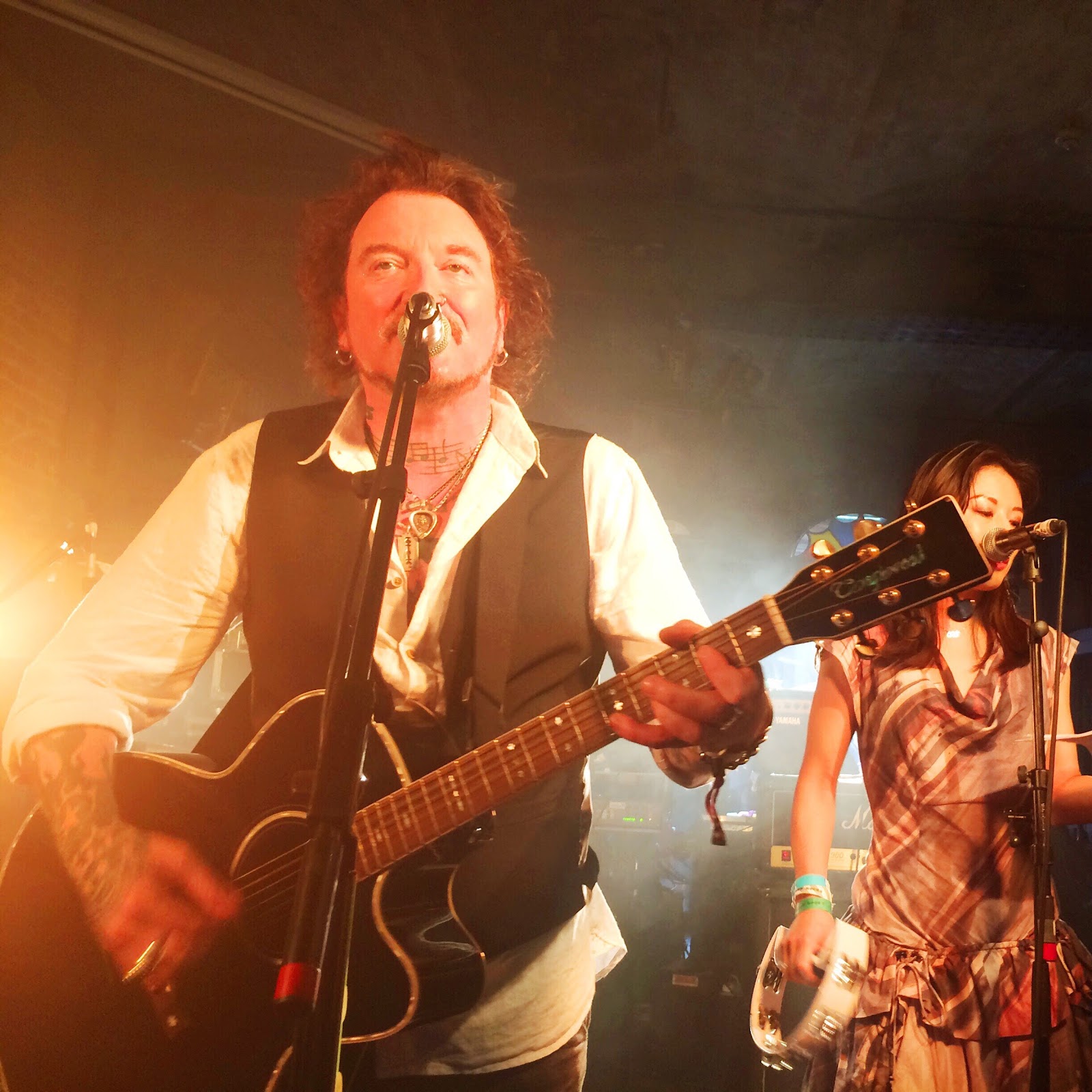 It was a great set full of warmth, talent and humour, we couldn’t wait to see them again… 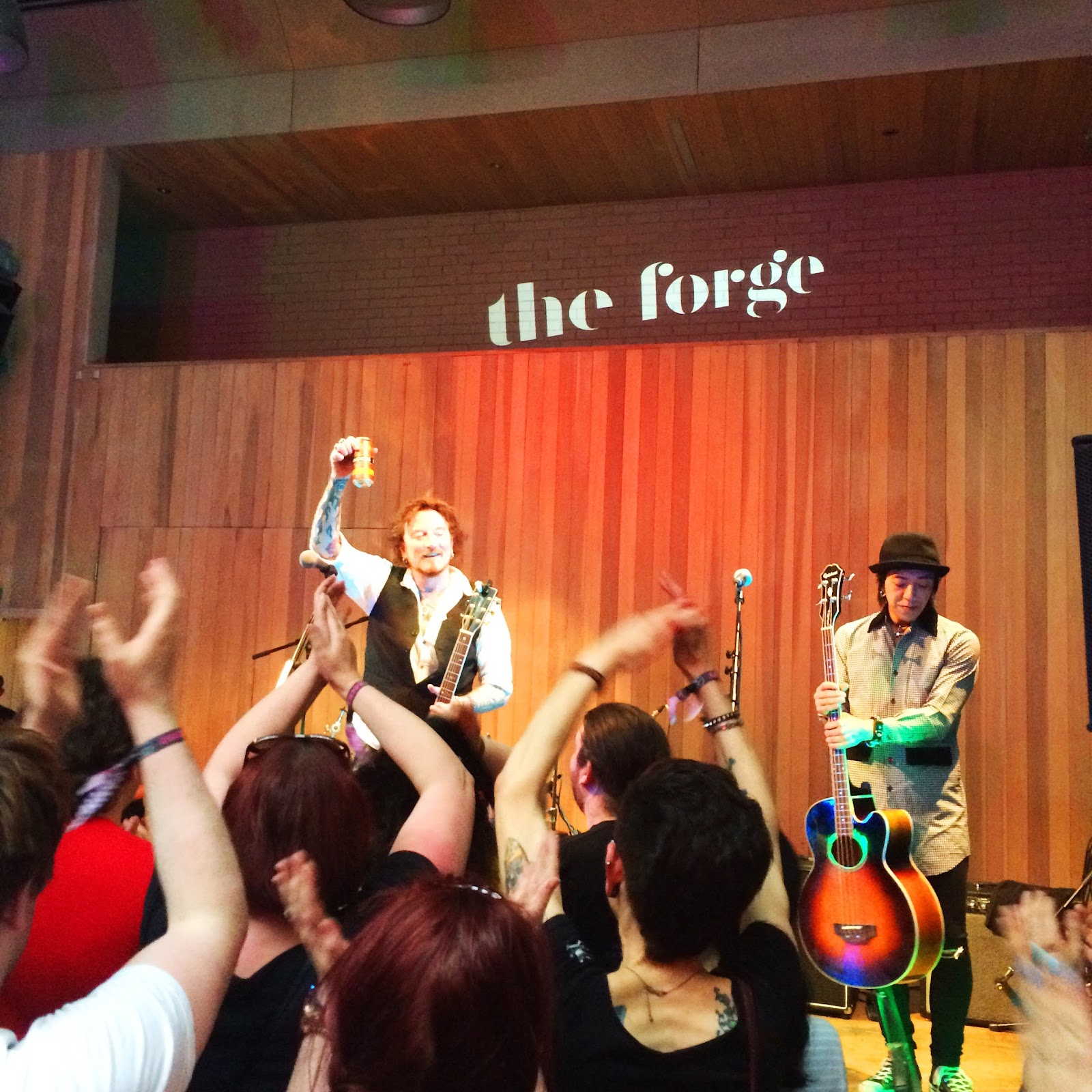 So we did!  We moved onto the Forge to catch the end of Amy Lee’s set and to be ready for the next Ginger set! 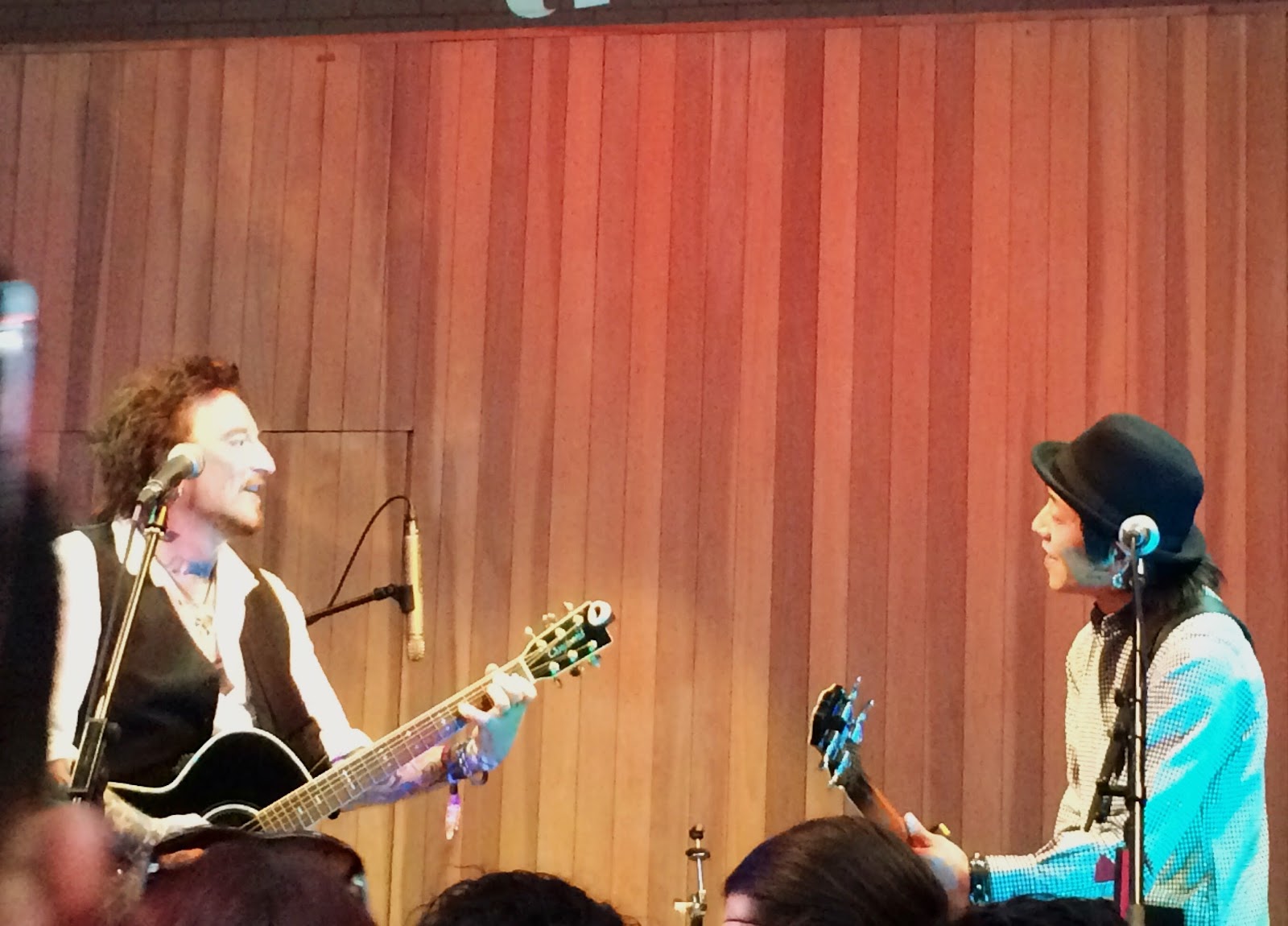 Again there was a great crowd and we all had lots of fun together.  On at least two occasions we shared a drink with Ginger (as he didn’t like it) and passed it around the crowd. 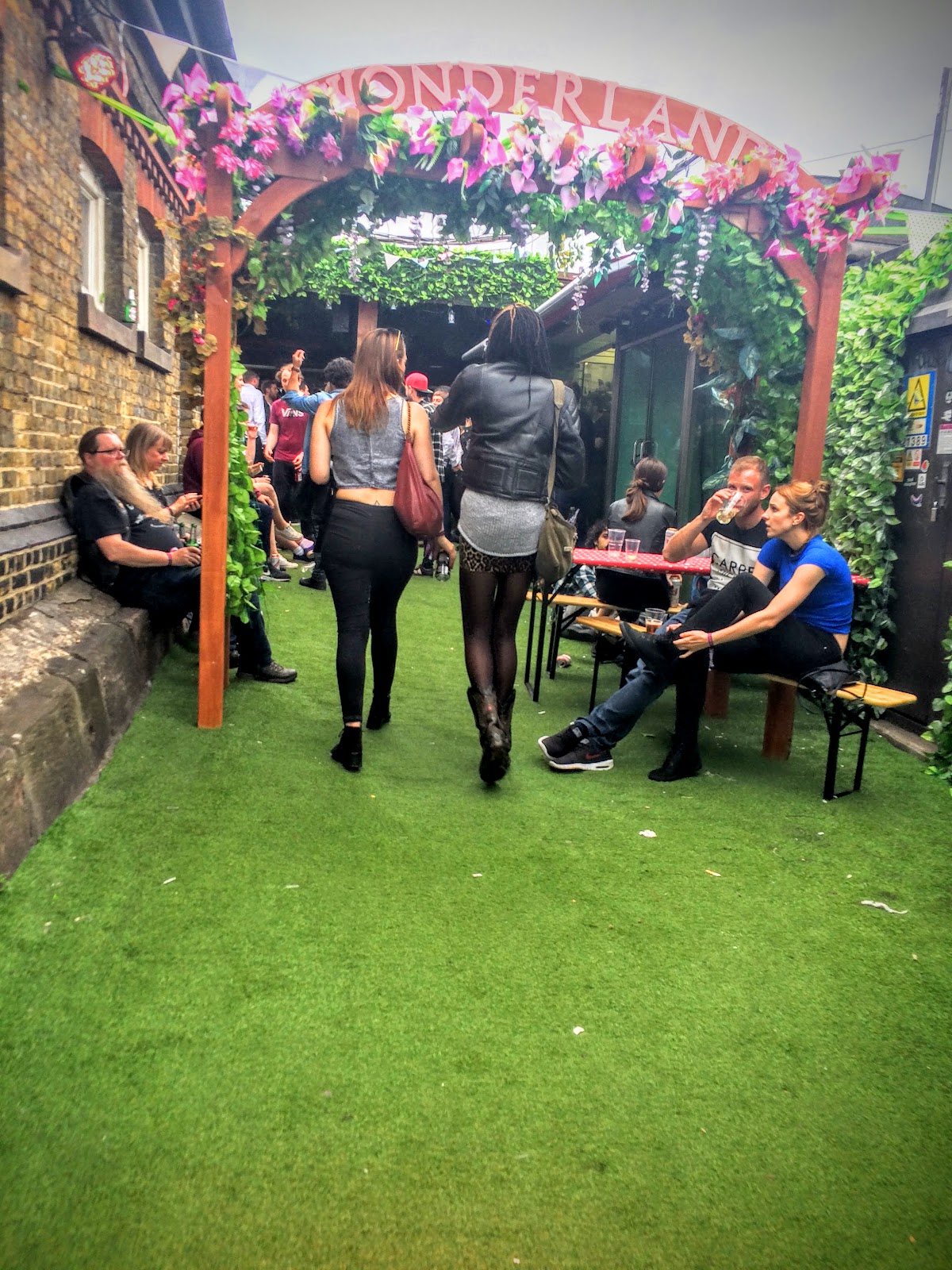 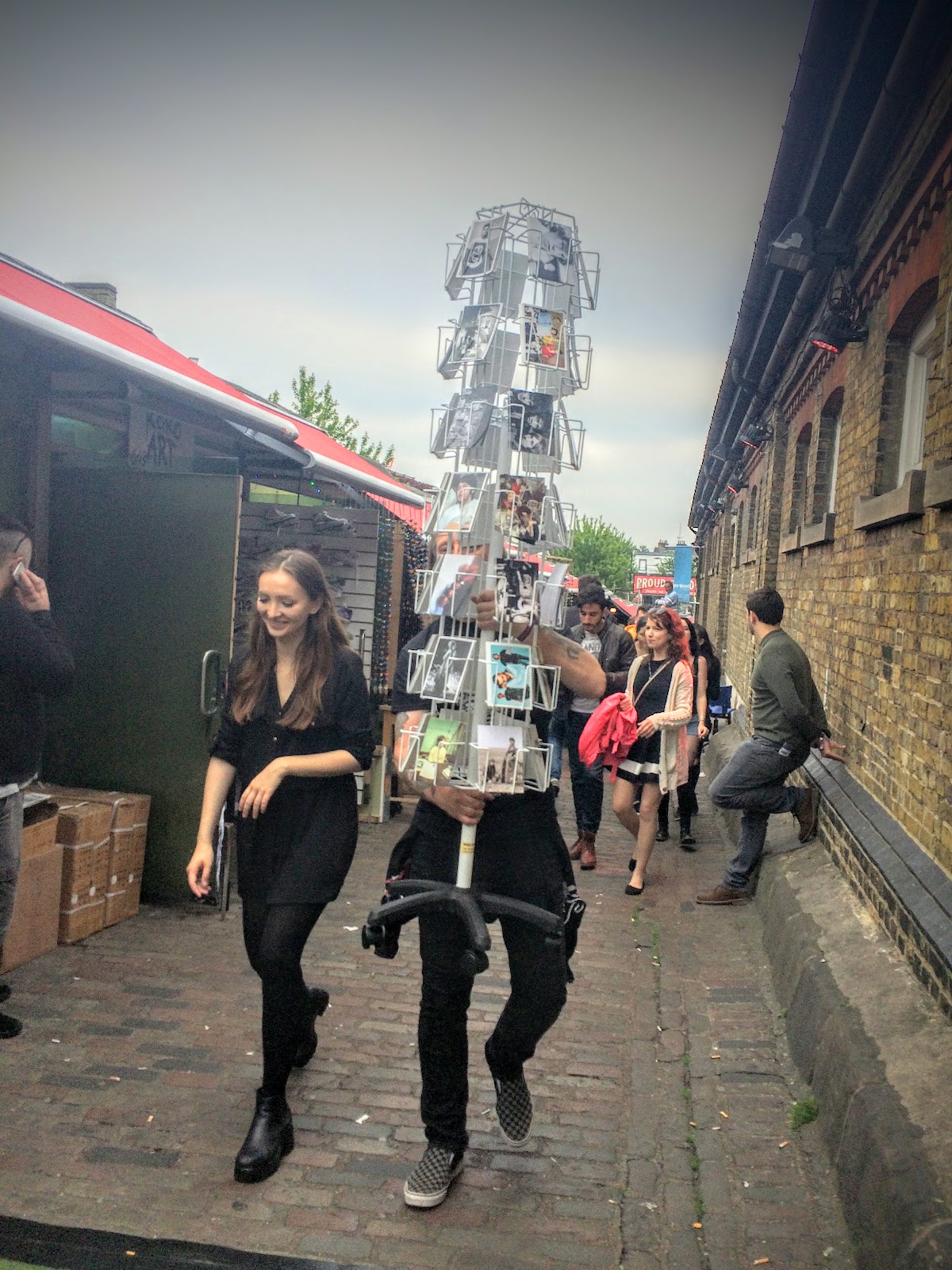 On the way to one venue Dave carried this stand of postcards, as you do! 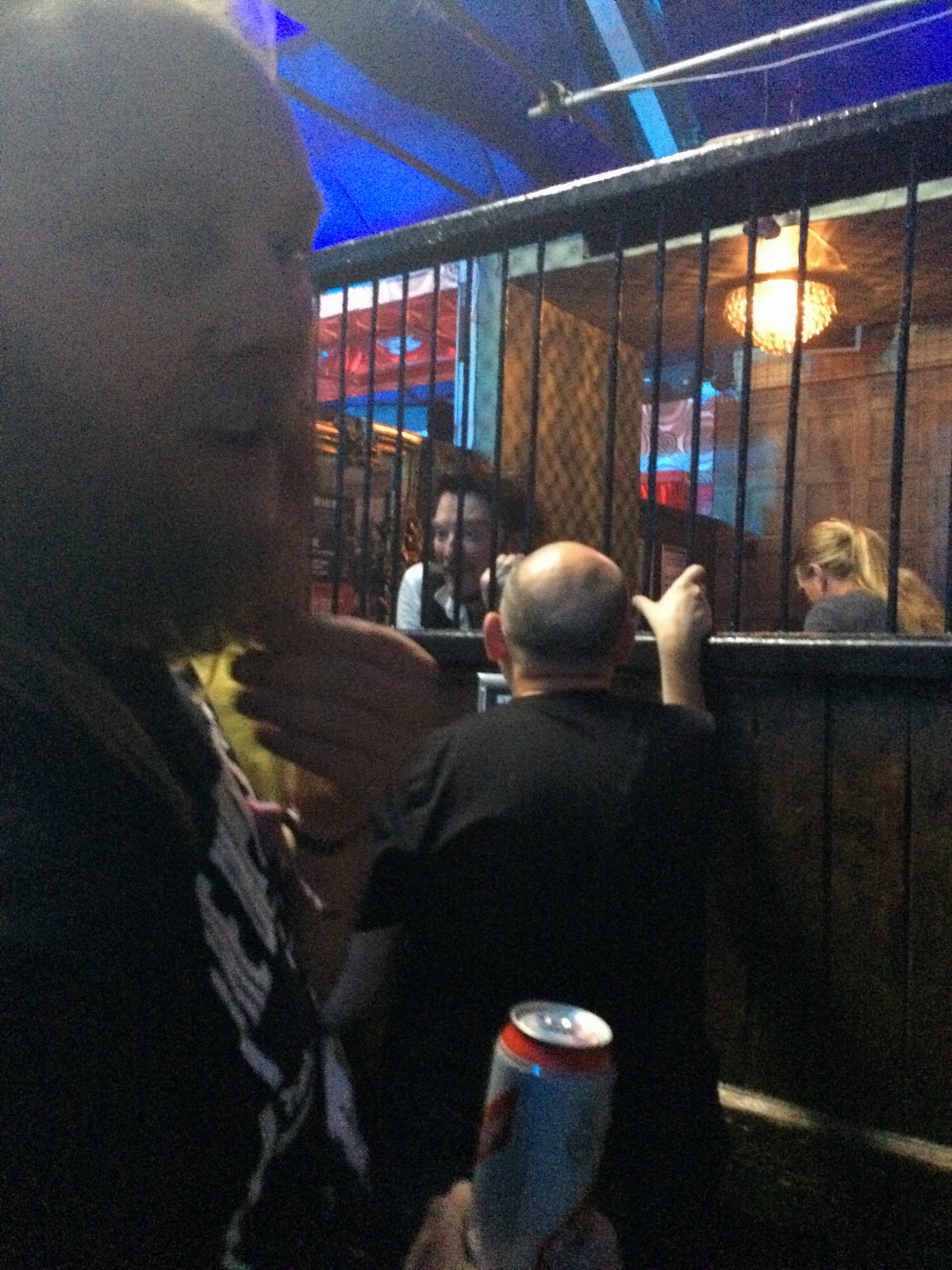 We then went across to Proud Camden- Ginger looks like he’s locked up behind bars!  We watched Ginger do another set in here but I didn’t take any photos. 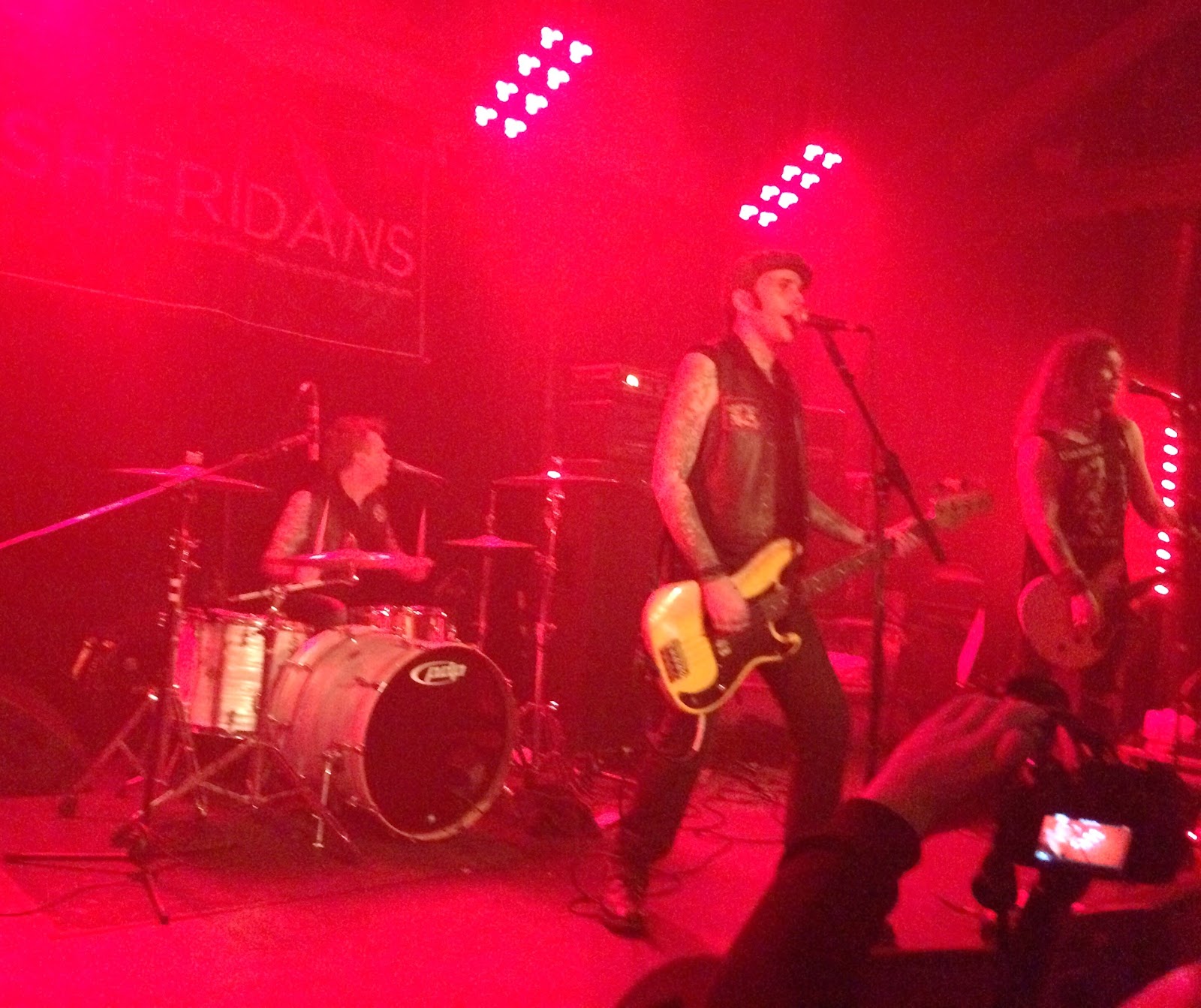 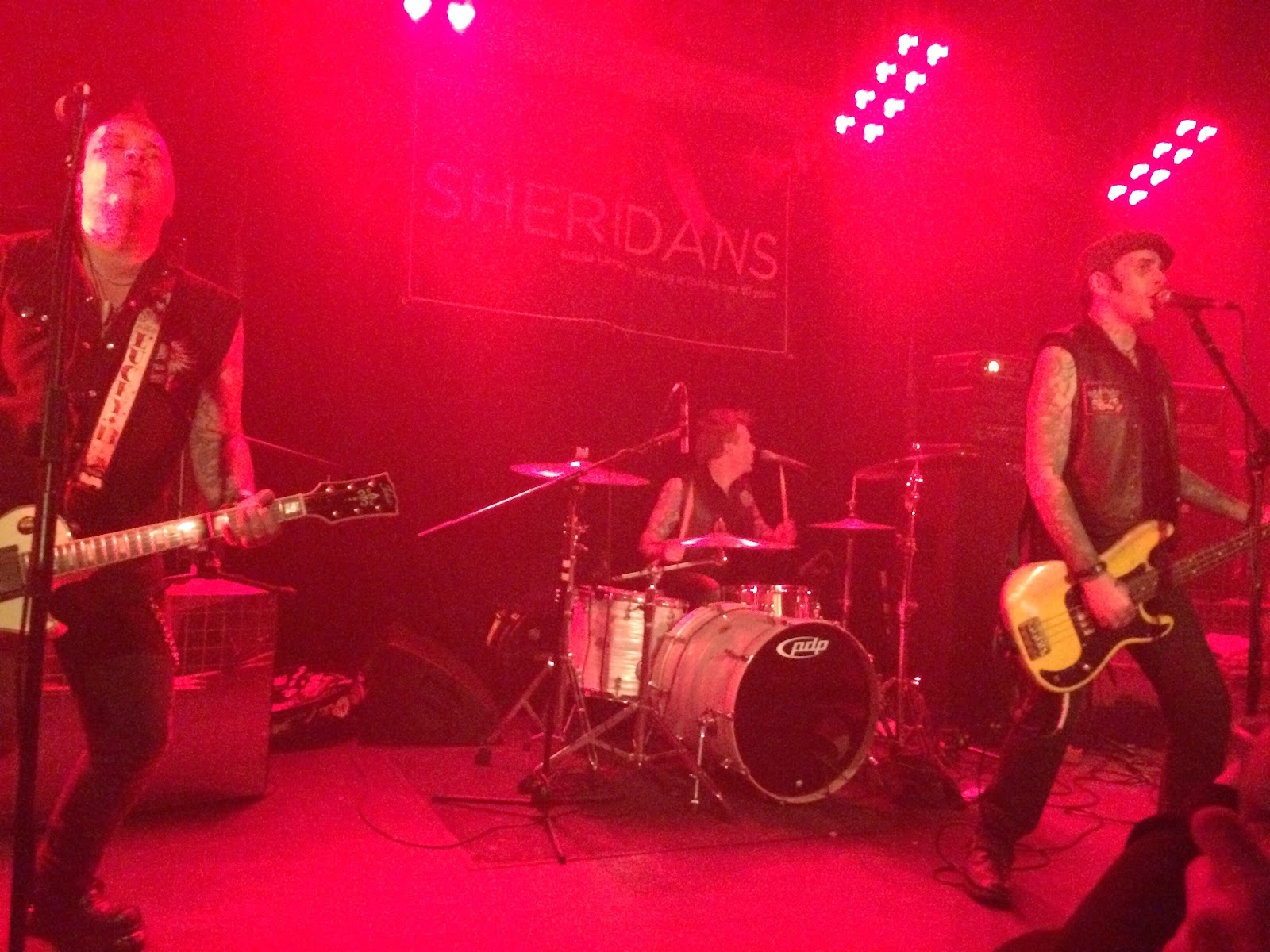 We have their mini album and love it so it was amazing to see this pure Northern punk rock and roll band live.  They completely rocked and I am so excited that Danny McCormack is back!  I can’t wait to see them again.

While we wait we have their “We’re Happy Round Here” video to keep us going! 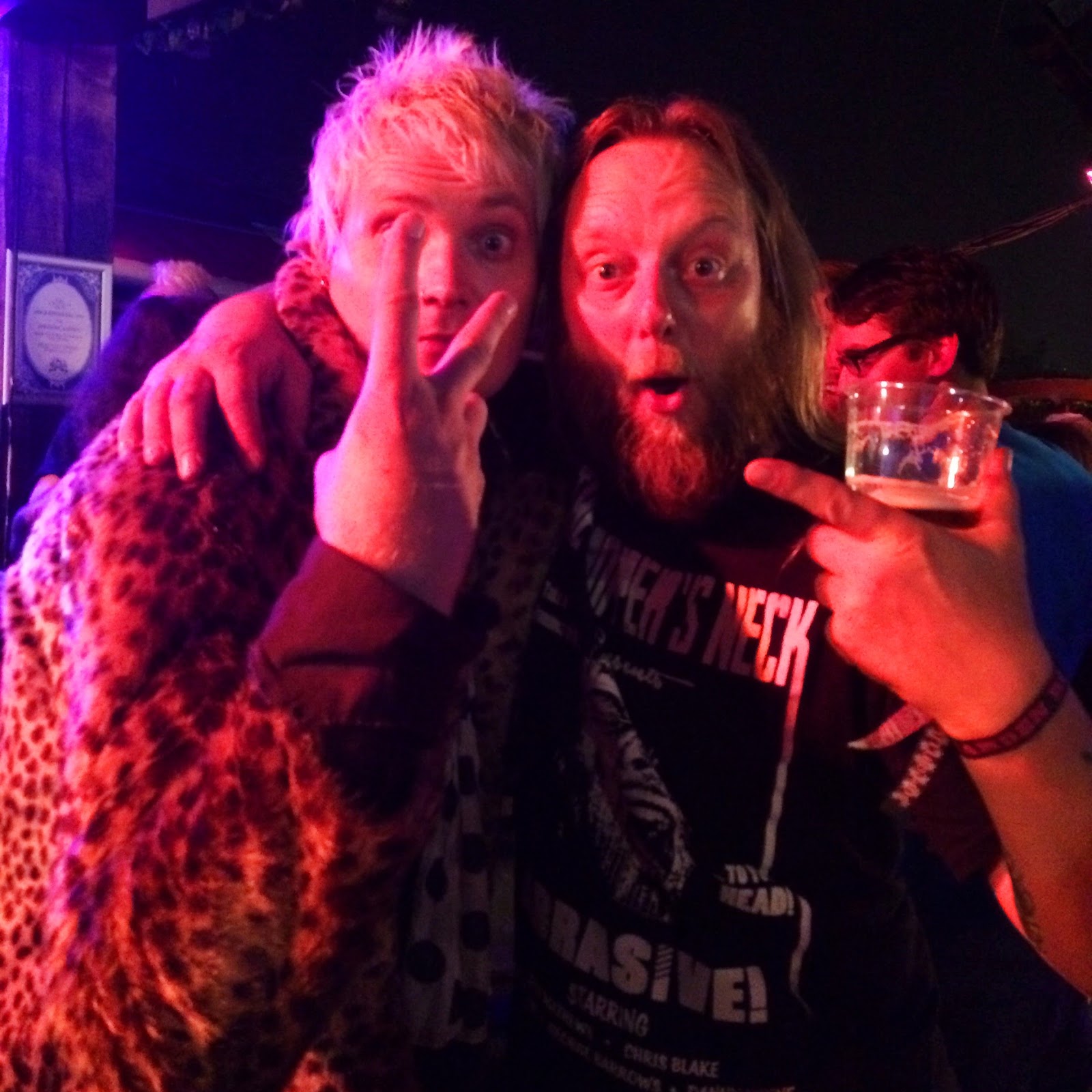 We then watched Black Spiders who completely blew me away.  I’ve always liked their albums but it doesn’t come close to seeing them live.  I don’t know how to describe them but they were wild and fast paced.  They really know how to work the crowd.  I never wanted them to end (although I probably needed them to before I  expired due to exhaustion!).  They were amazing.  I didn’t even get my phone out as it would have went flying in the mosh pit so there are no pictures sorry.  While Black Spiders were playing, Dave told me that in the past he had been confused for their lead singer.  I told him that I couldn’t see the resemblance personally then was amazed as after the set people kept asking for photos with Dave thinking that he really was in the band.  I did wonder if Dave was setting me up at one point!

Two good things came out of this confusion.  We met Steve from The DeRellas and are planning to see them when they come to Wales on their tour.  We also went to see The Black Spiders to find out if the other band members agreed with the resemblance or not.  It was a fifty fifty vote, then they asked Dave if he could sing, he said no and they joked that he’s just like their lead singer then!  Great guys! 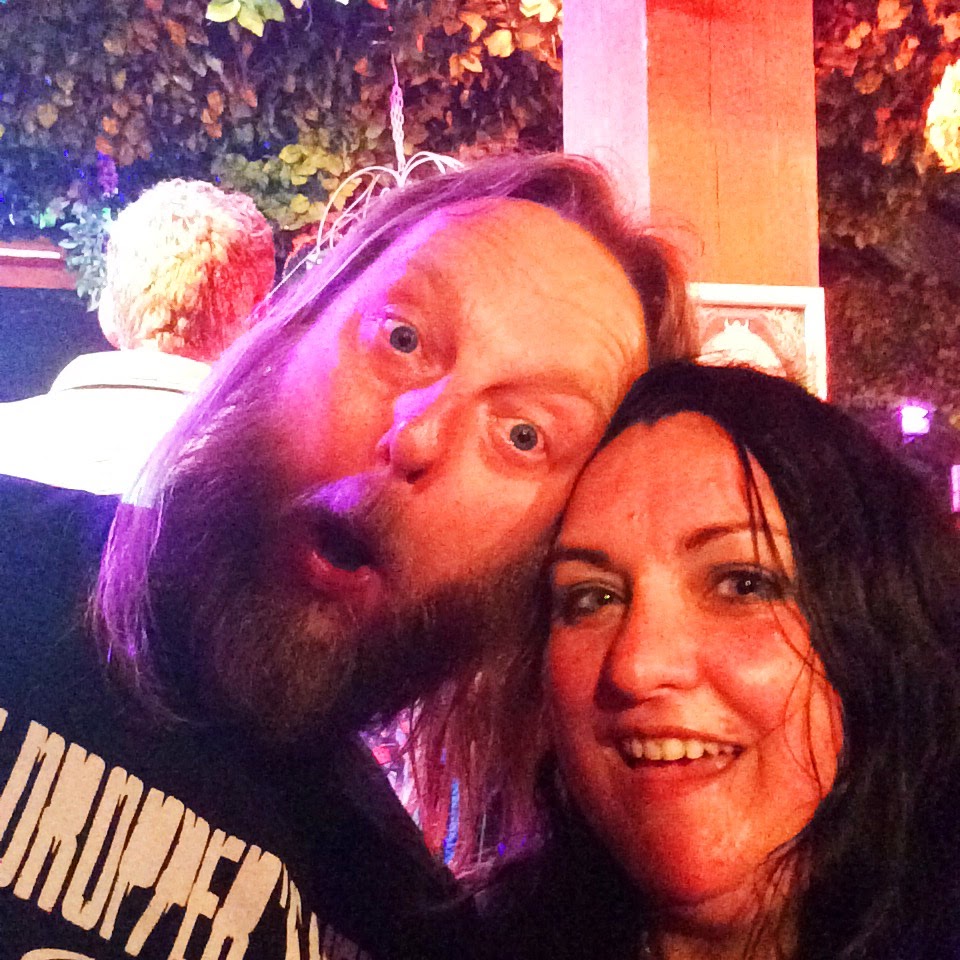 It was such a cool, carefree night, full of good music and like minded people. 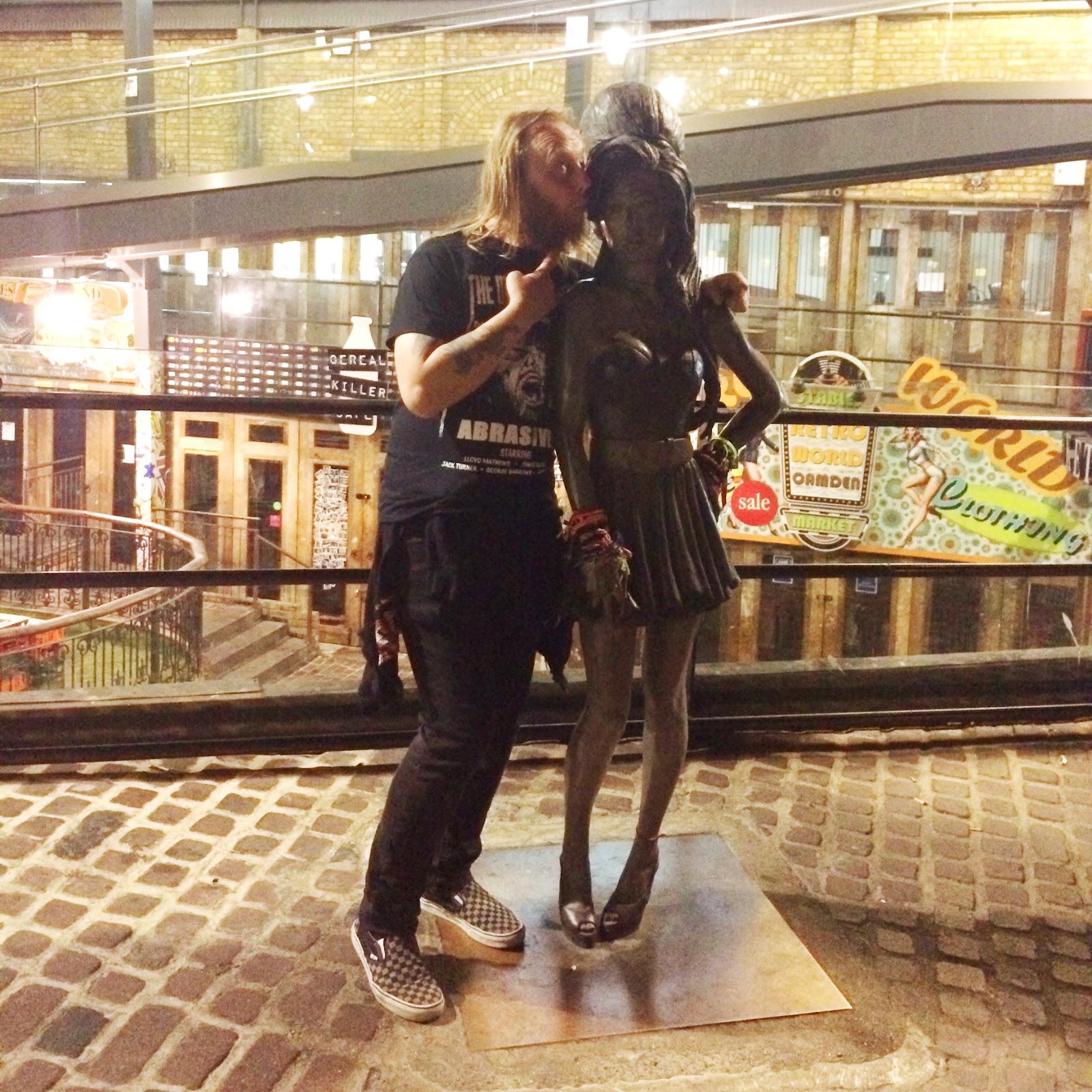 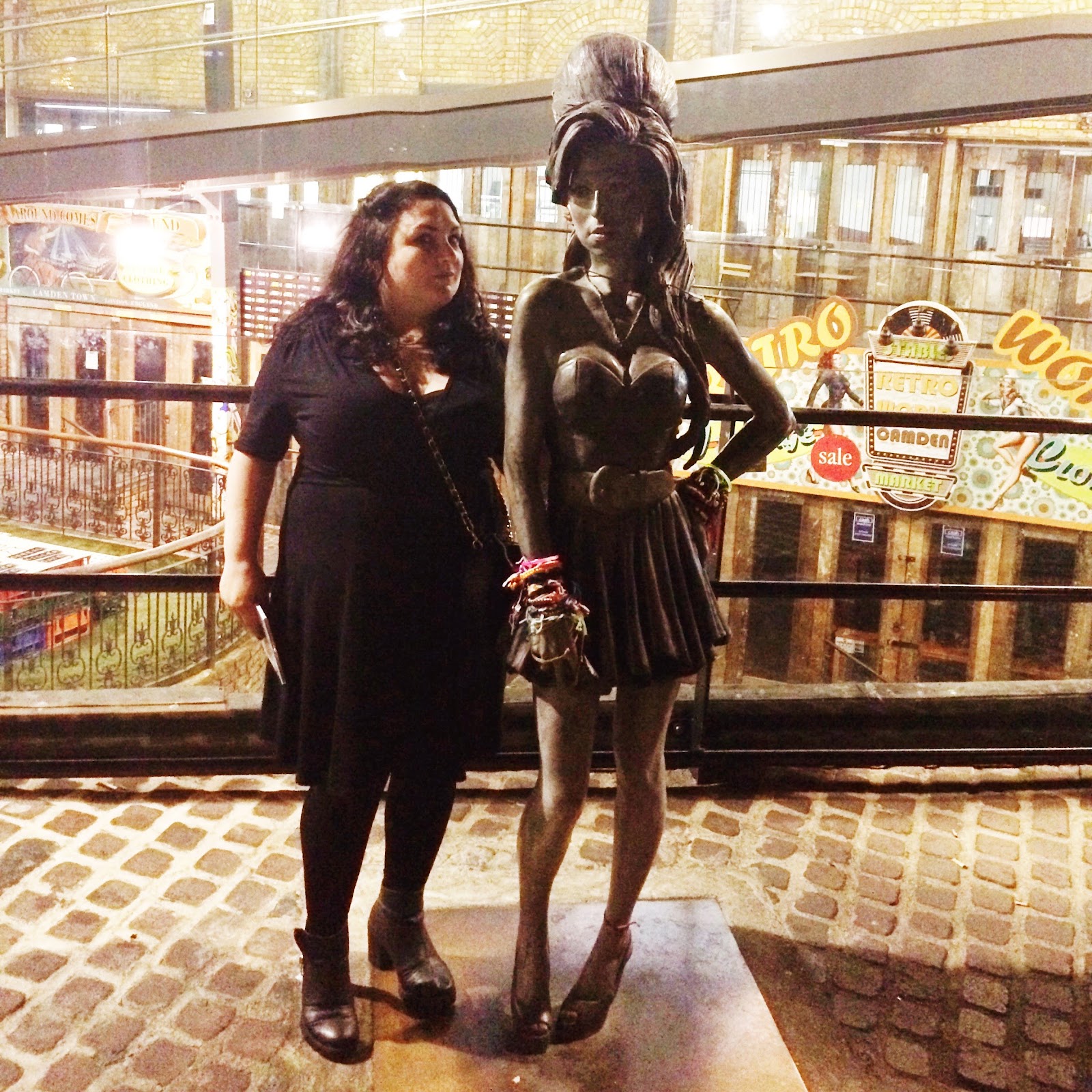 One odd thing that we found about our night in Camden was when the bars closed so did a lot of the food places (were we looking in the wrong places?).  It took us a while to find somewhere open selling good post booze food. 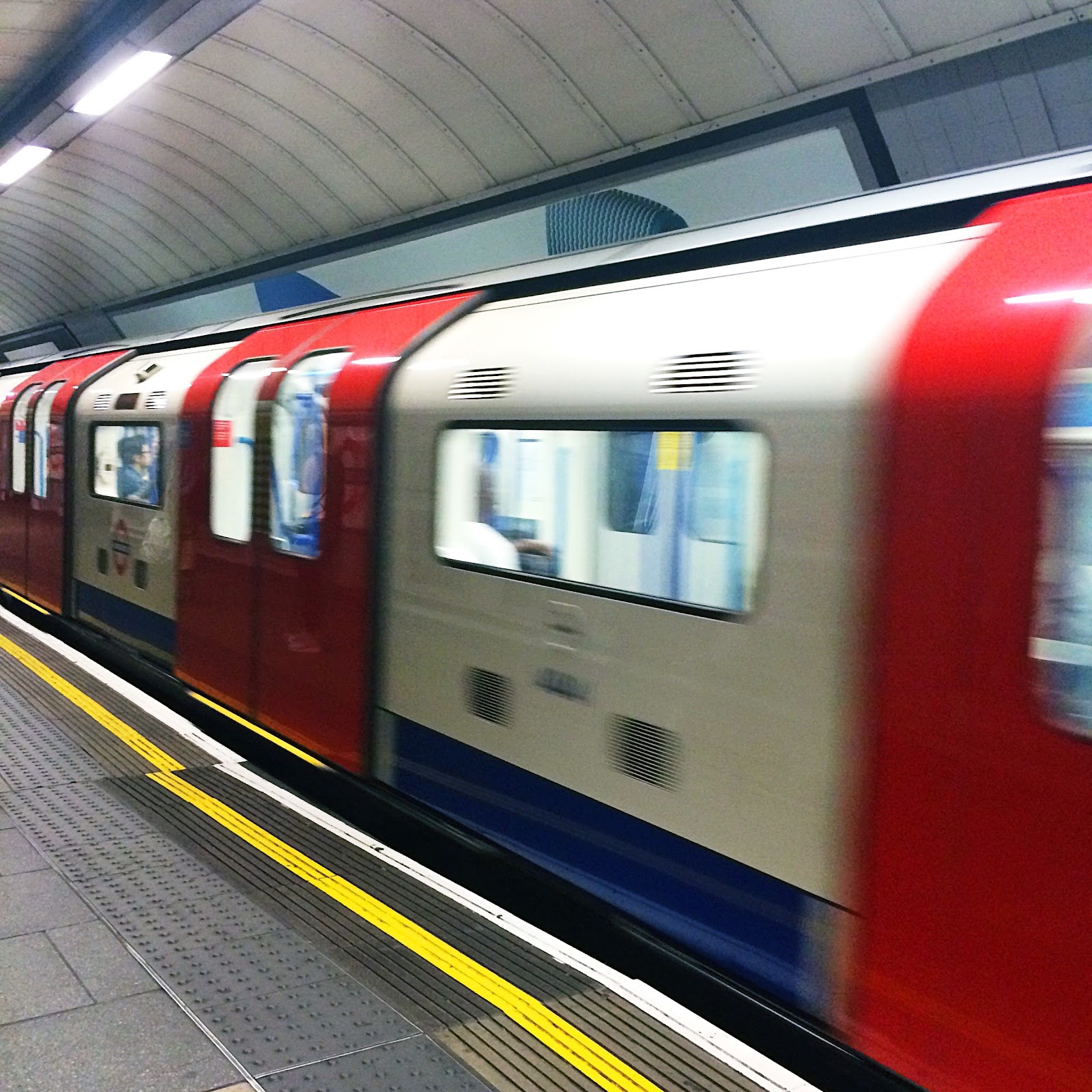 We slept well in our hotel, then explored Camden the following day until taking the tube back to Victoria.

I’ll have another post soon with the last of my Camden and London photos.

Did you go to Camden Rocks Festival?

What bands did you see?  m/