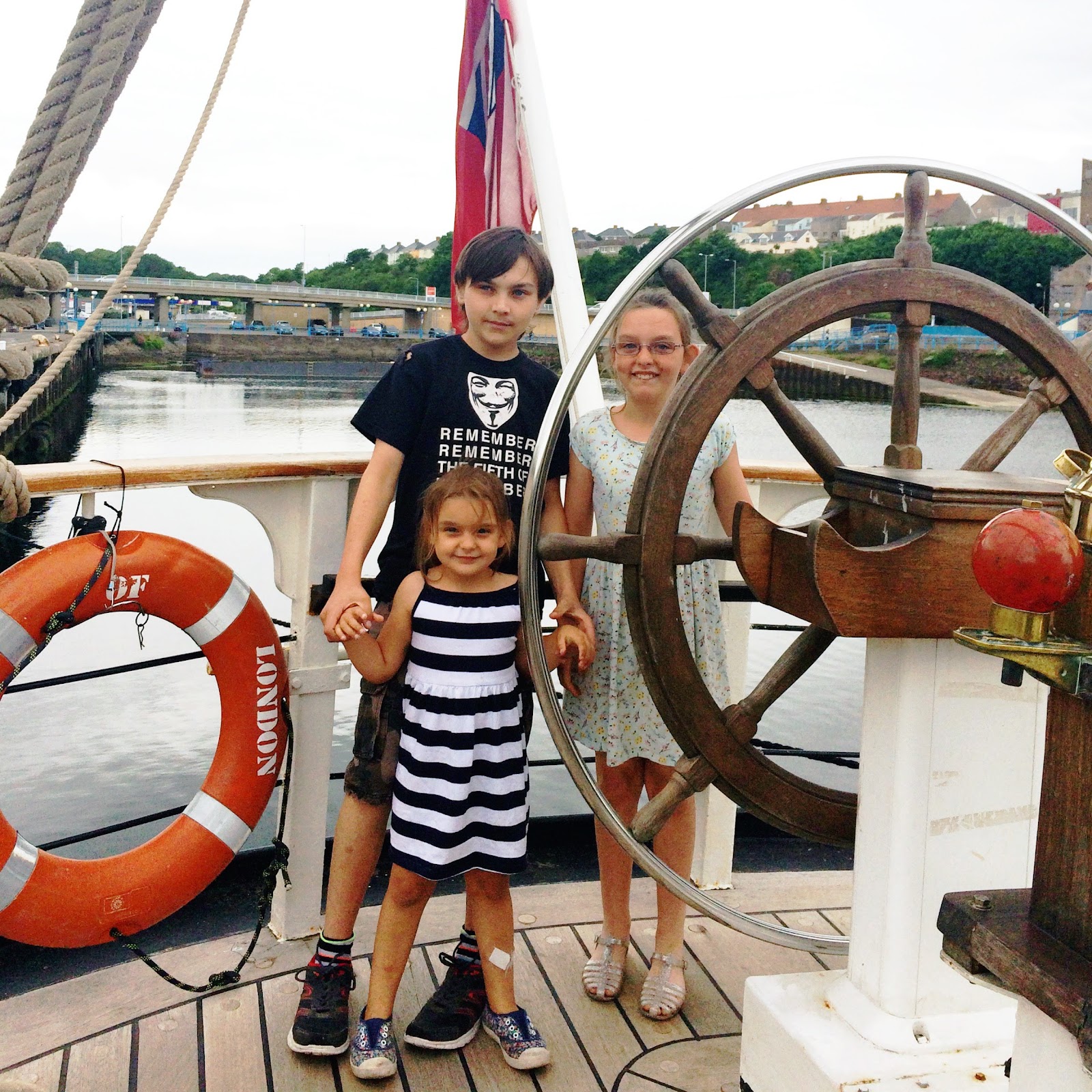 As part of Seafair Haven last week we had the chance to go aboard the Tall Ship Pelican of London for a quick tour while she harboured in Milford Marina.  They had planned to sail to Liverpool but luckily for us due to the wind instead came to Milford.  Even better after school they opened up for visitors so we could have a good look around the ship. 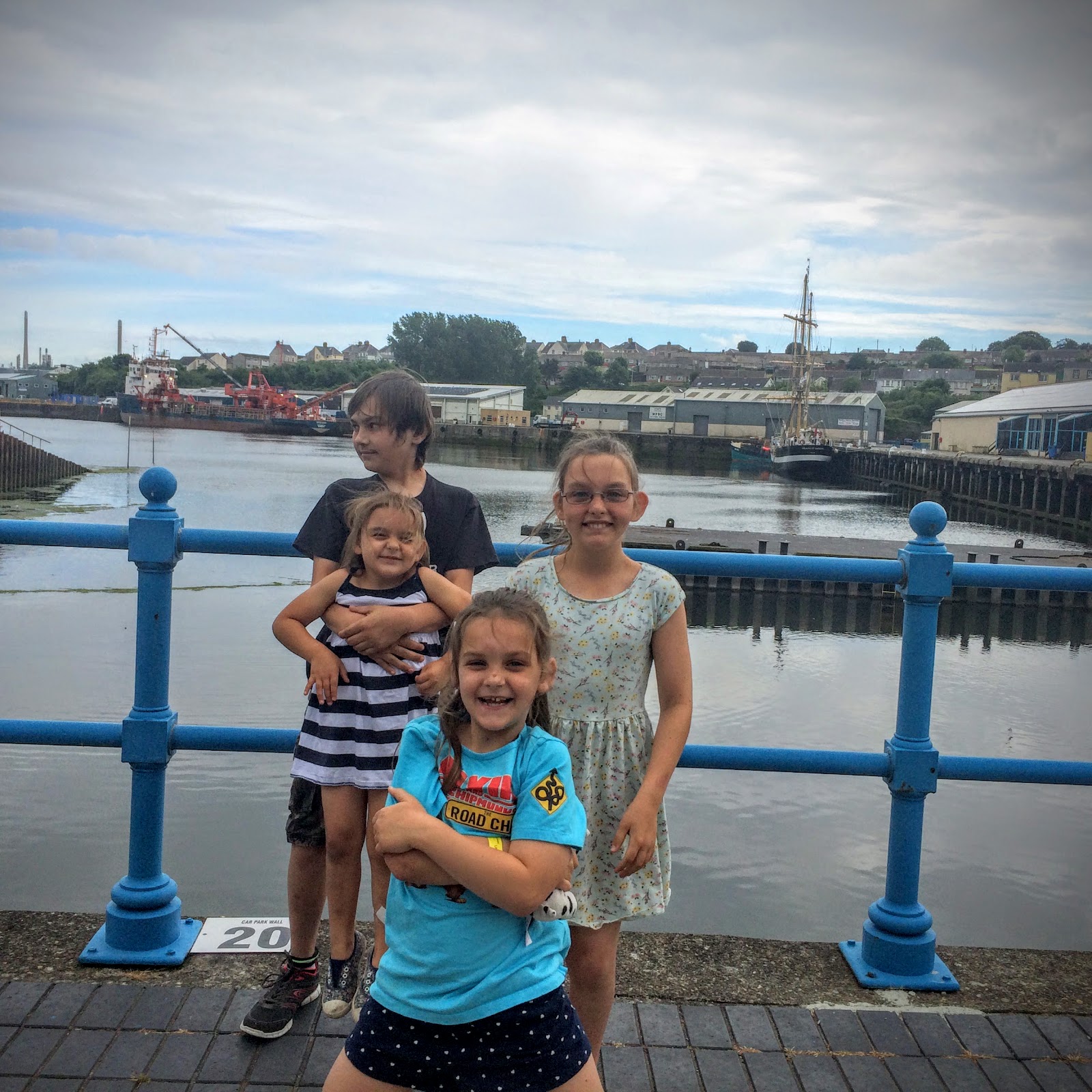 I still have fond memories of the Tall Ship Festival in 1991 (I wonder if many other locals still have a Tall Ships T-shirt or souvenir mug in their home?  I expect they do.)  Being the starting port was a big deal for our town at the time and the haven suited being so full of Tall Ships, it was a sight I’ll never forget. 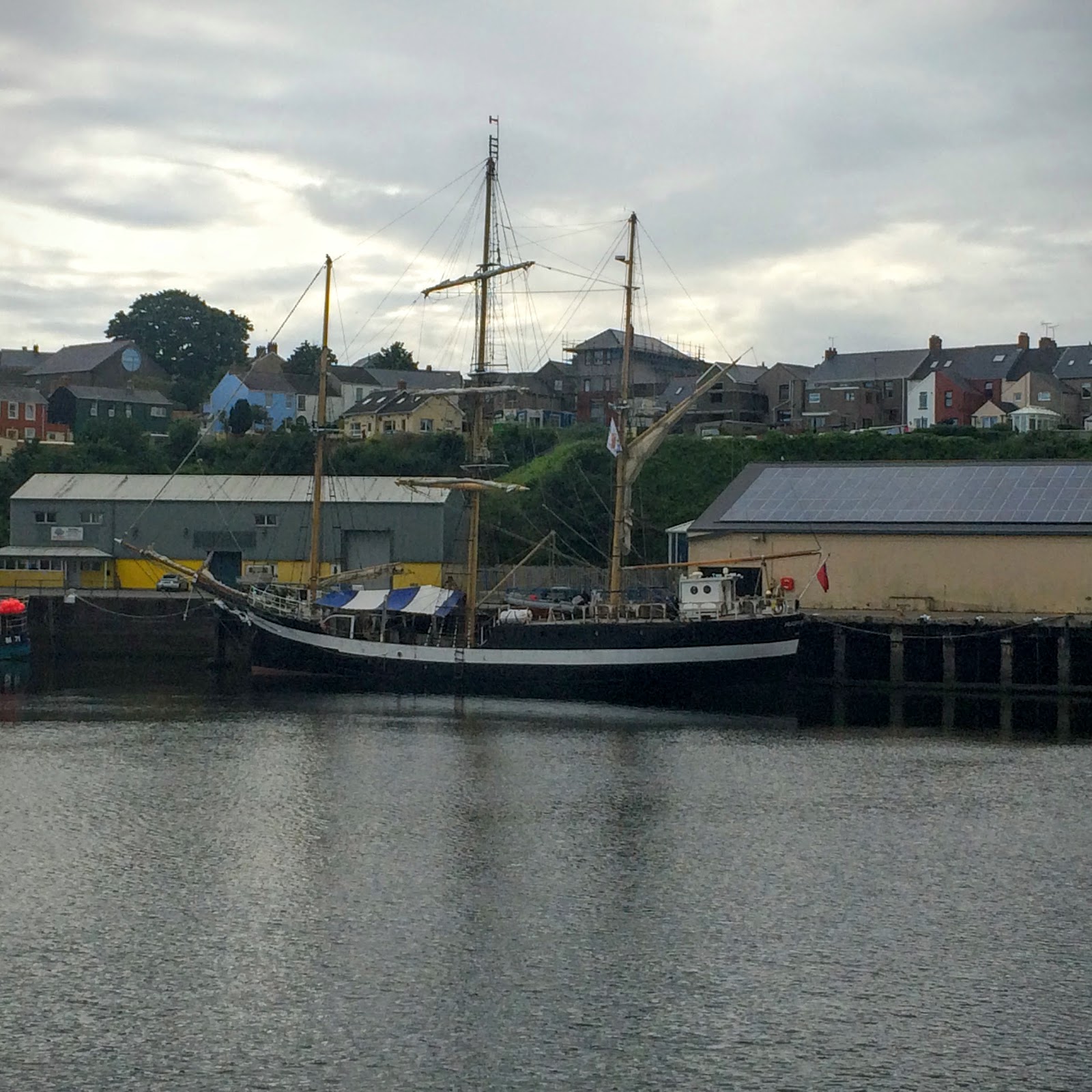 We try to make the most of them and pop on as many of the ones that open to the public as possible.  I especially love it when one of the Tall Ships from my childhood returns. 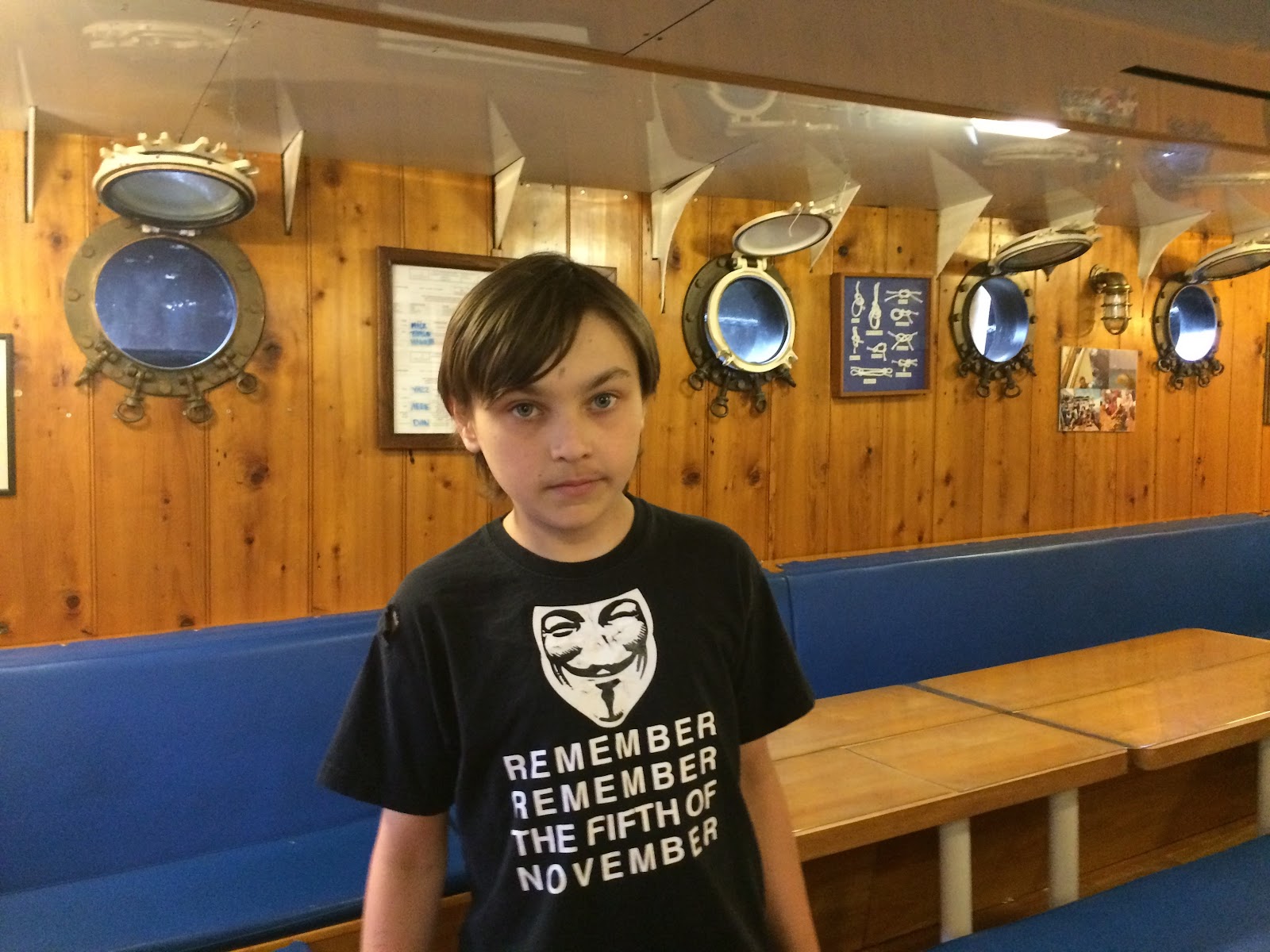 We went down into the lower deck to see the living space, the battery.  From the dining room we could see the ships cooks working hard in the galley preparing the crew’s next meal.

(Poor Danny was tired after a day in school in the above photo!) 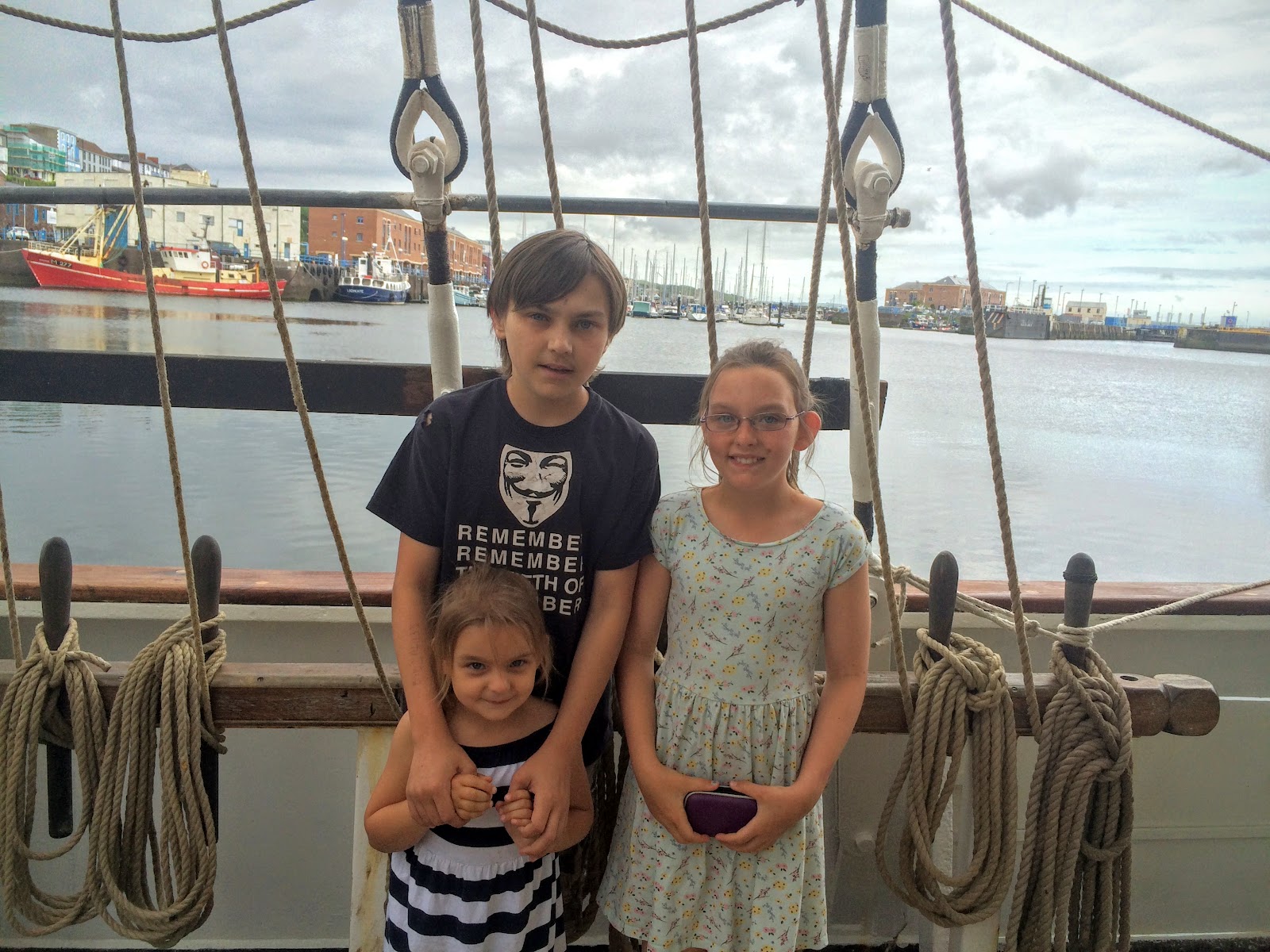 Danny was most interested in the ropes and rigging.  He follows his dad who can regularly be found at the top of a mast, whereas I prefer to stay on deck! 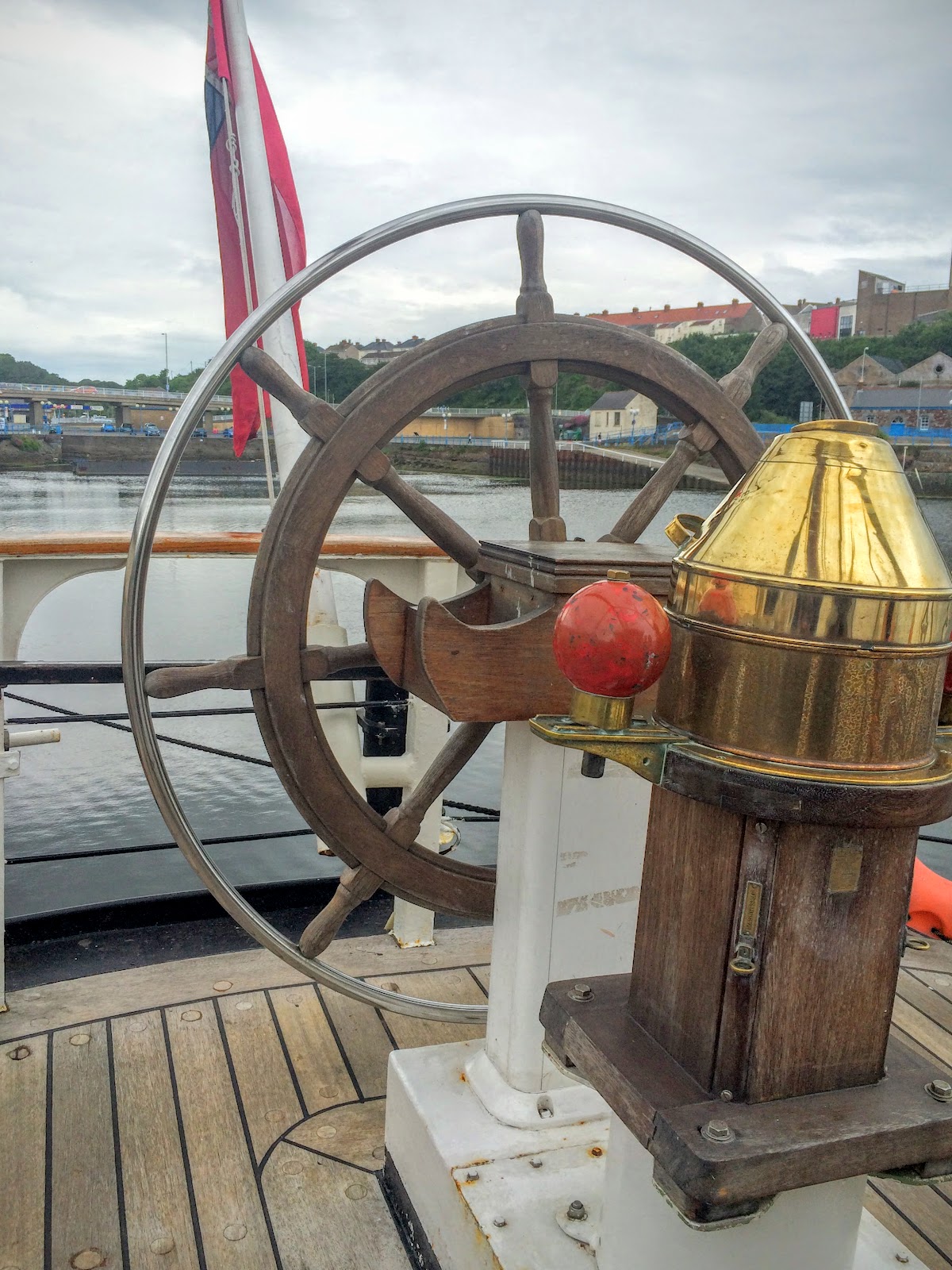 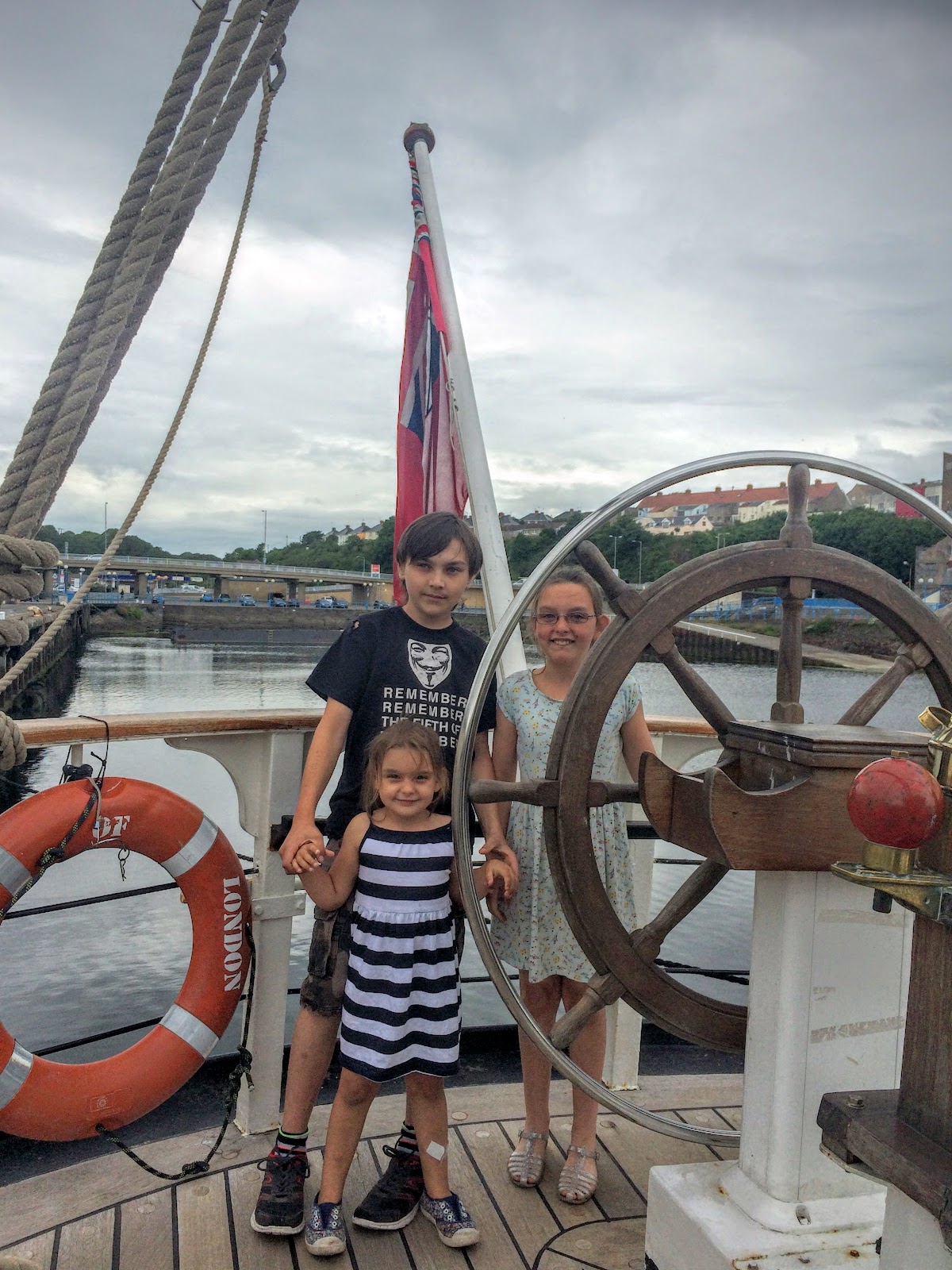 Obligatory photo by the ship’s wheel.


The TS Pelican, based in Dorset, is operated by Adventure Under Sail and gives people between the ages of 12 (with an adult) – 80 the chance to sail with them for the day or a voyage.  It’s an amazing opportunity and one that I still dream I will do for myself one day and more importantly I really hope that each of my kids does too.  My school friend Debbie embarked on one such voyage aboard the STS Sir Winston Churchill, when she was 17 and kept diaries which she then put on her blog In Pursuit of the Worthwhile in 2013.  The TS Pelican has a blog so you can keep up with their adventures too. 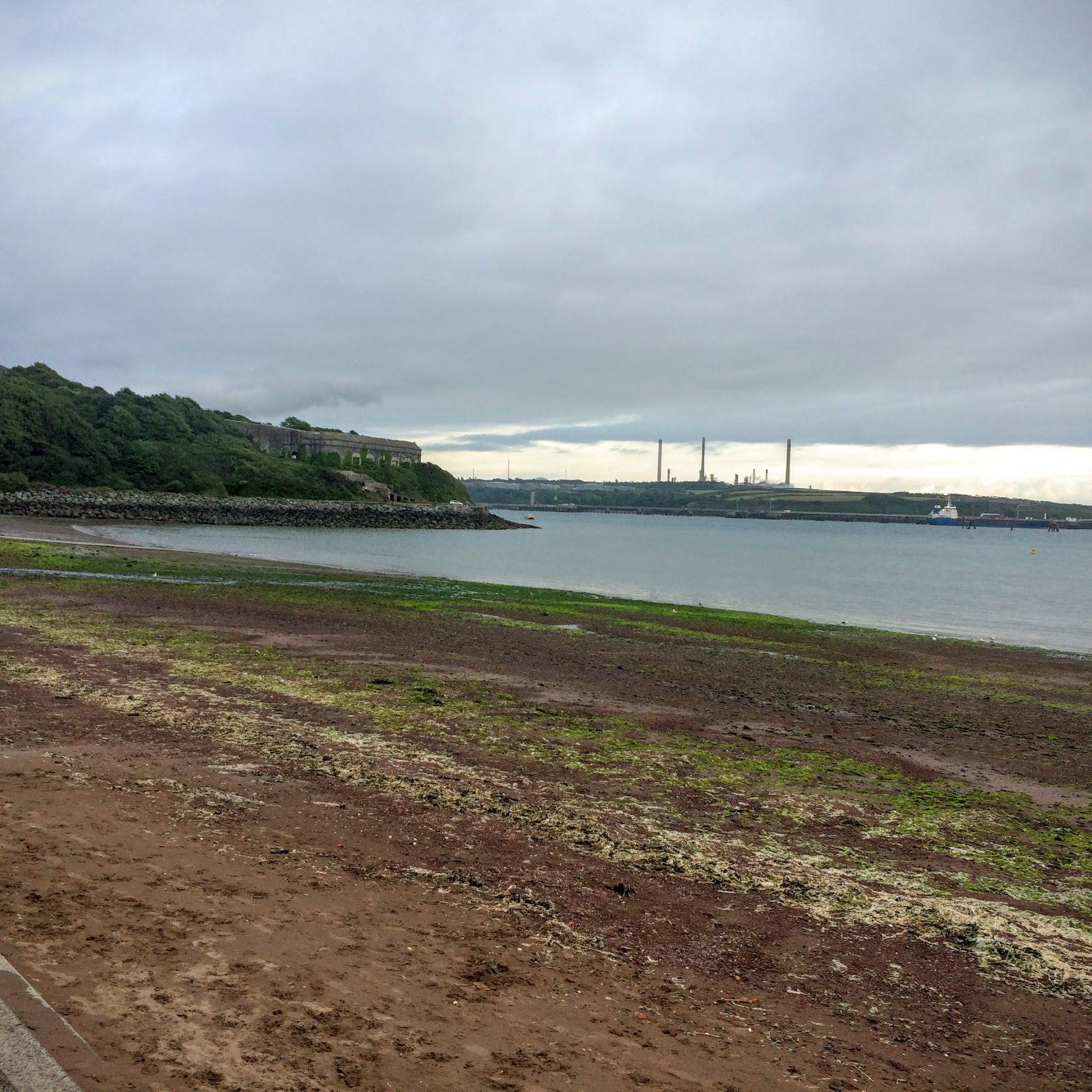 We asked where they were sailing to next and they told us Cornwall.  Isabelle wanted to stay on the ship and go with them.


Although I really hope she does get to do this one day, perhaps we’ll wait until she is a little bit older than 4…