For most parents, there comes a time when we need to think about the first mobile phone for our children.  The age at which children have their first mobile phone varies greatly depending on personal circumstances.  In our case, we knew that it was the right time for Danny as he was starting to spend a lot of time out of the home without us, he was getting the bus to Secondary School and was also responsible enough to look after one.  Danny has a heart condition so as well as being able to contact us in a medical emergency, he can now ring to let us know when he is too tired to walk and needs a lift home. 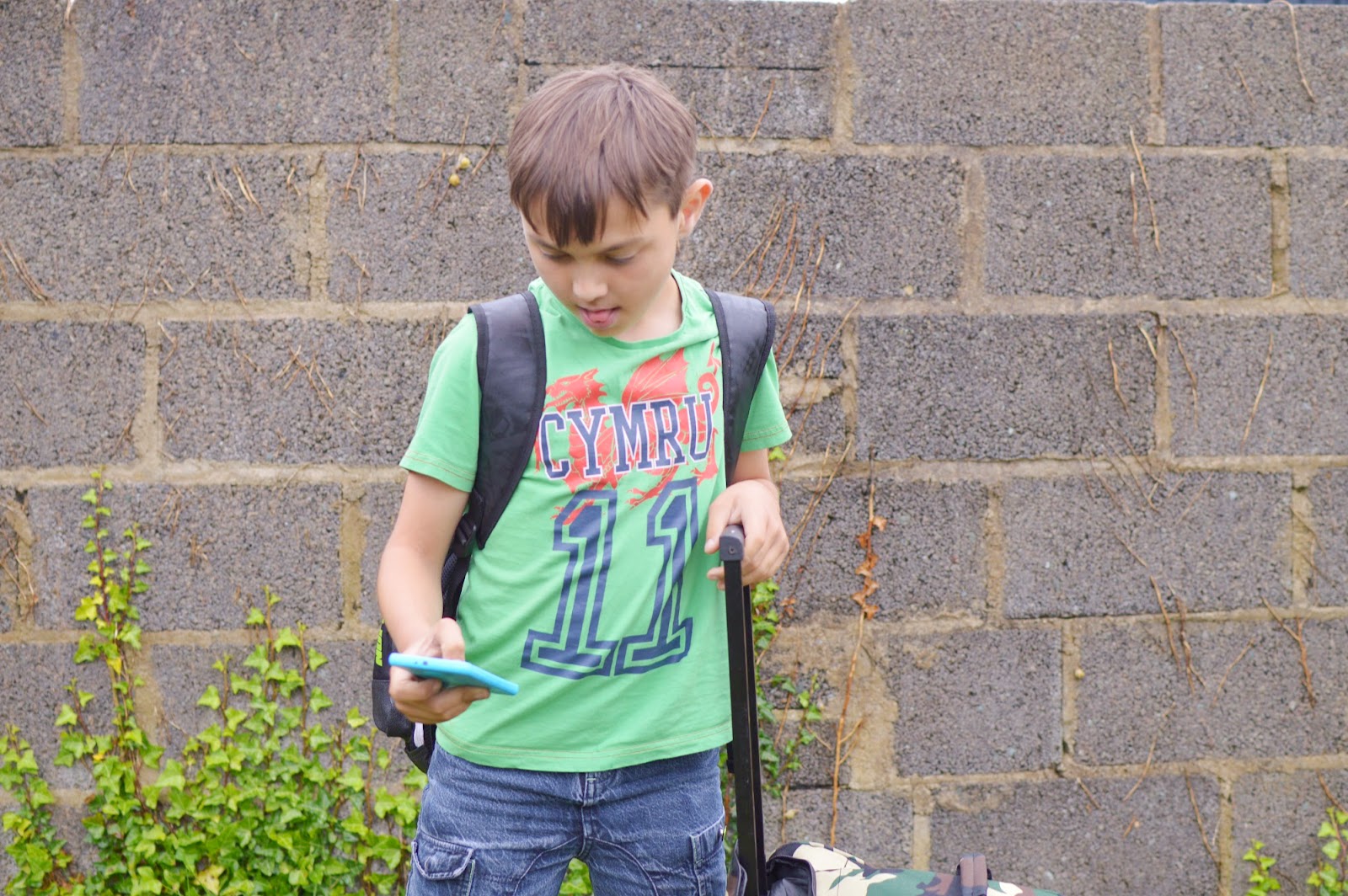 We then had to think about which mobile phone package would be best for Danny.  We did consider getting a really basic phone to start with but as he’s always borrowing my phone and camera to take photos and  make “Youtube videos” then it made sense to allow him one that he could also make good use of. 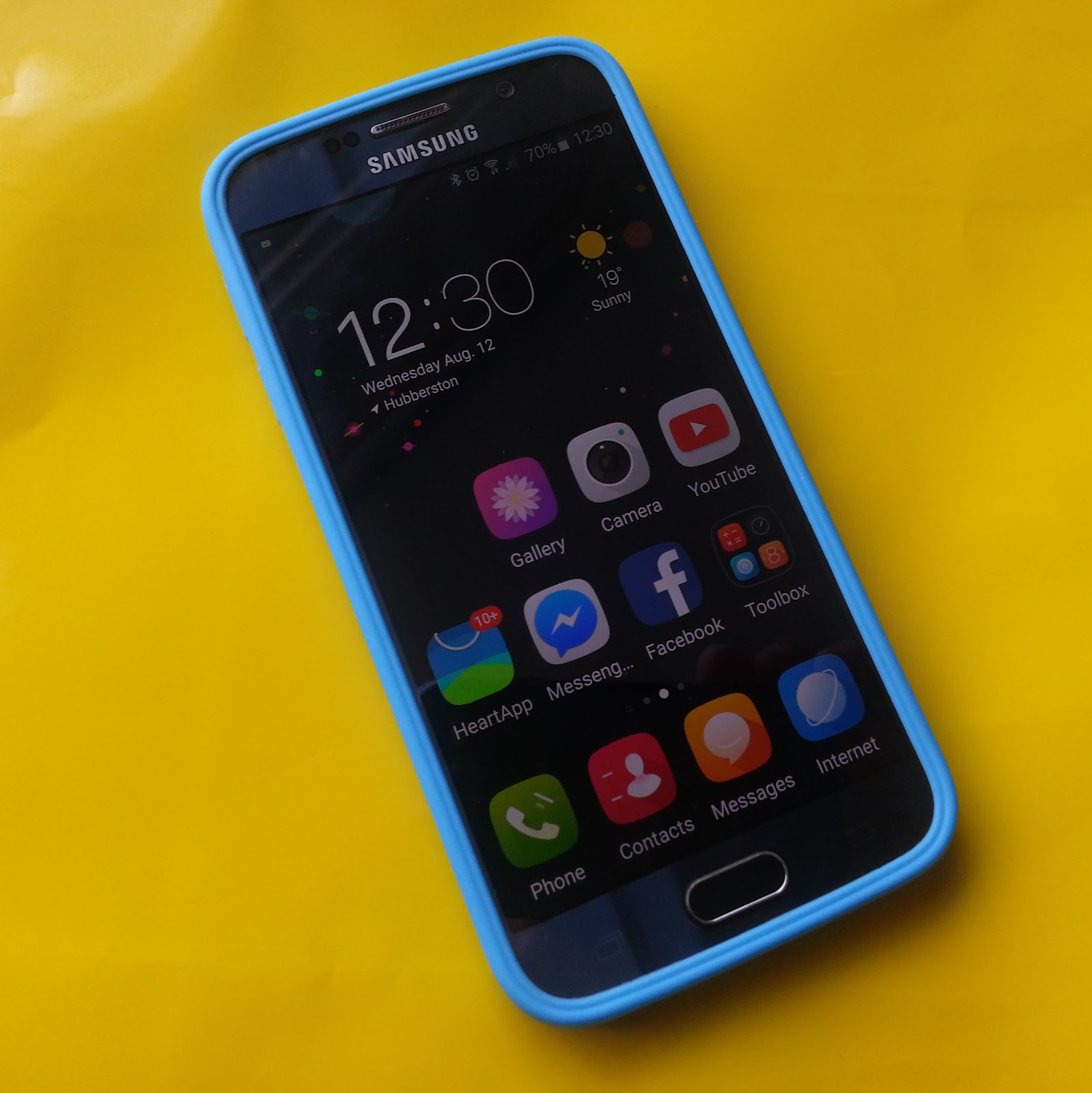 Danny has the Samsung Galaxy S6 model in black, although it is a different colour every day as he likes to change the protective cases!  As both Dave and I currently have Samsung, this was a great choice as we can all find our way around it easily.  It is really quick to charge and the charge lasts for ages which is important to me when Danny is out and about. 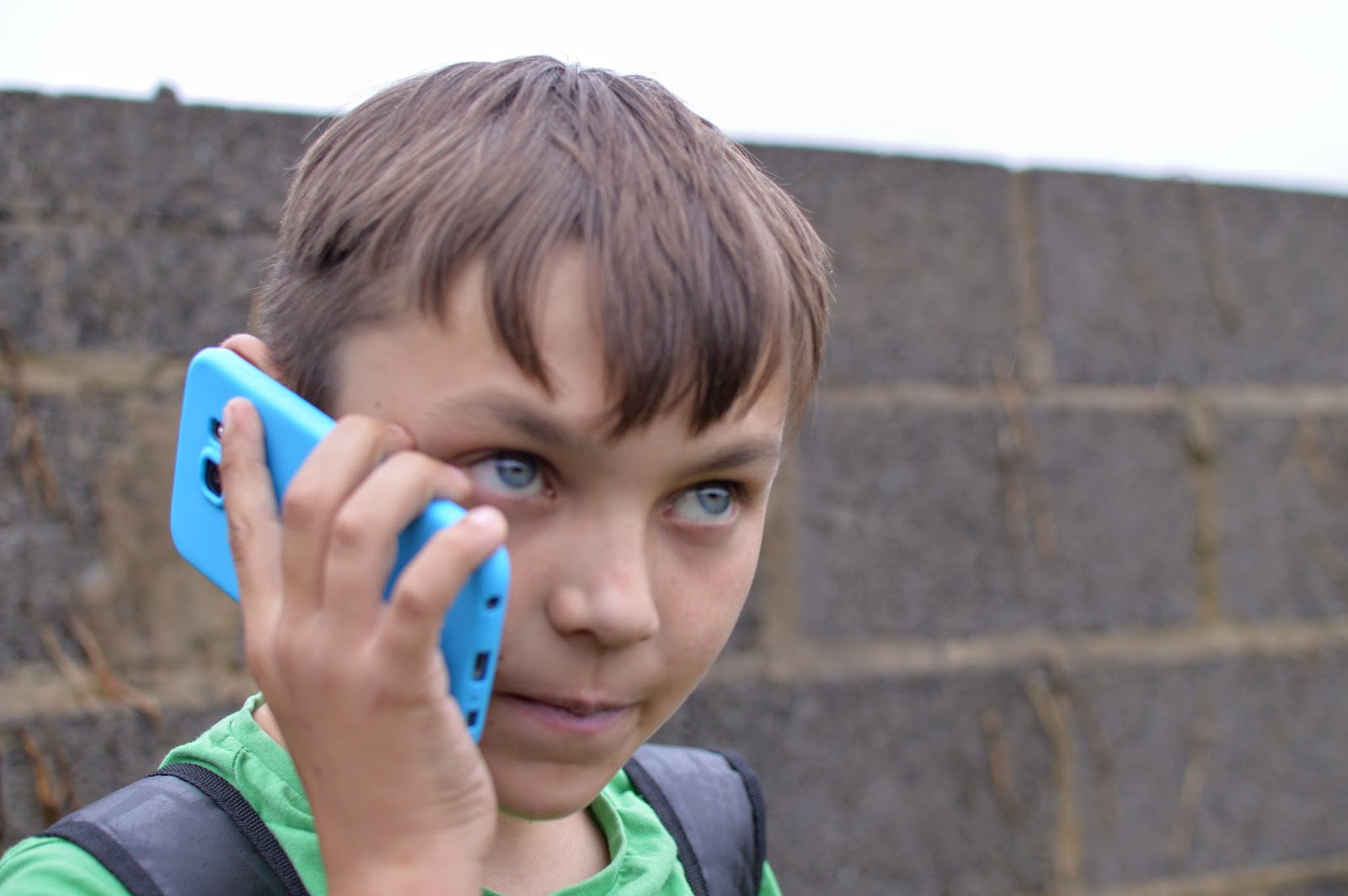 Next, we had to consider what package to choose for him.  Initially, I considered that Pay As You Go would be the best option for children.  However, I didn’t want him to be constantly running out of credit (especially while away) and us always having to top up his phone for him.  I remember when I was PAYG while at uni, when I sat down and added up how much I had topped up, I had paid far more than I would have on a monthly contract. 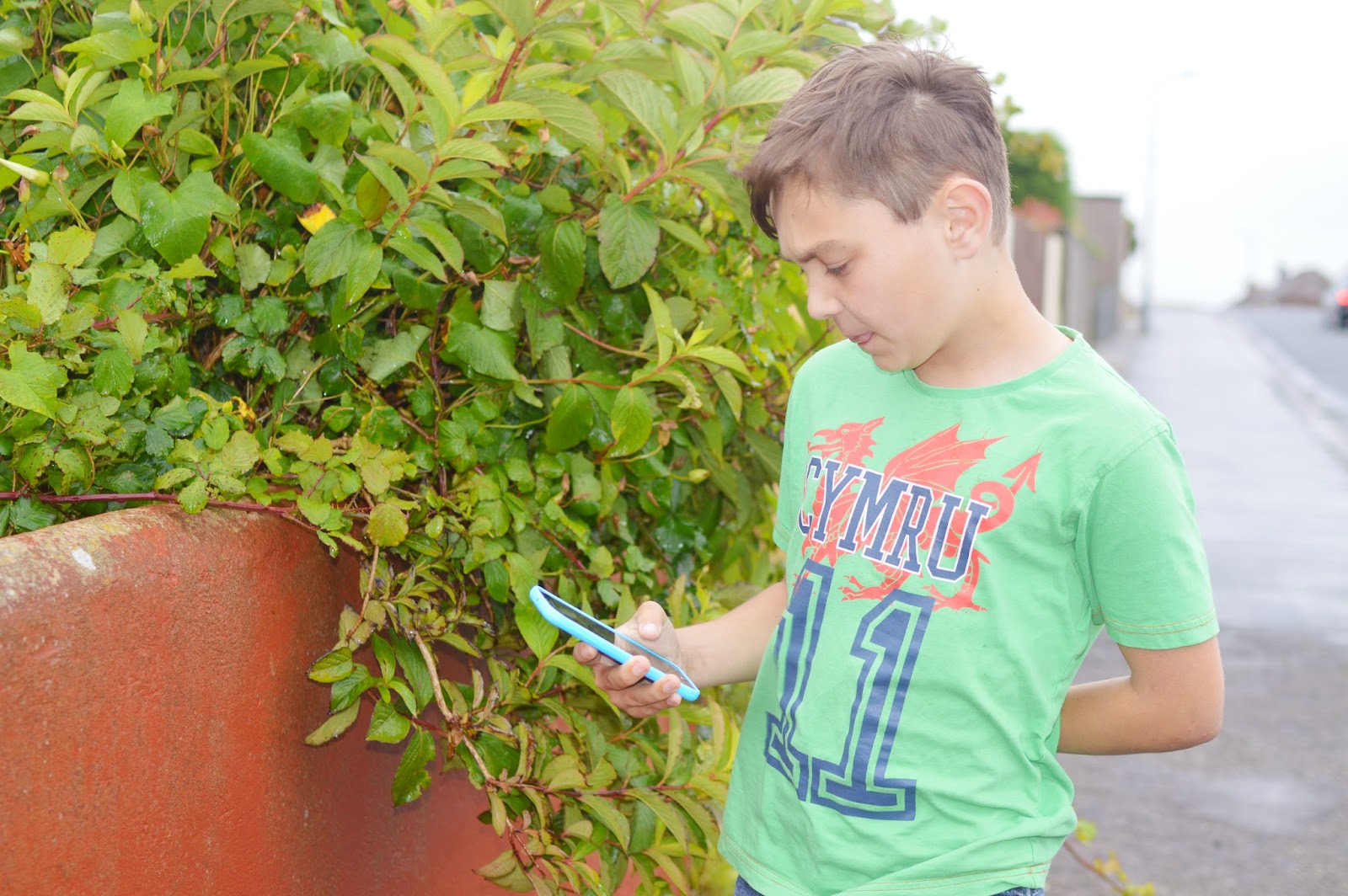 While Dave and I are on monthly contracts and these work well for us now, I had concerns about letting Danny have one.  We’ve all read the horror stories of kids running up huge bills for, gulp, thousands of pounds on their first mobiles.  I admit that when Dave and I first got our new contracts, I initially kept using far too much data on my bill  and received high bills for a few months – that led to a few, ahem, colourful conversations each time our new phone bill arrived.  Thankfully we sorted it before it got out of hand but if I as an adult could overuse data so much then I knew it was possible for Danny too. 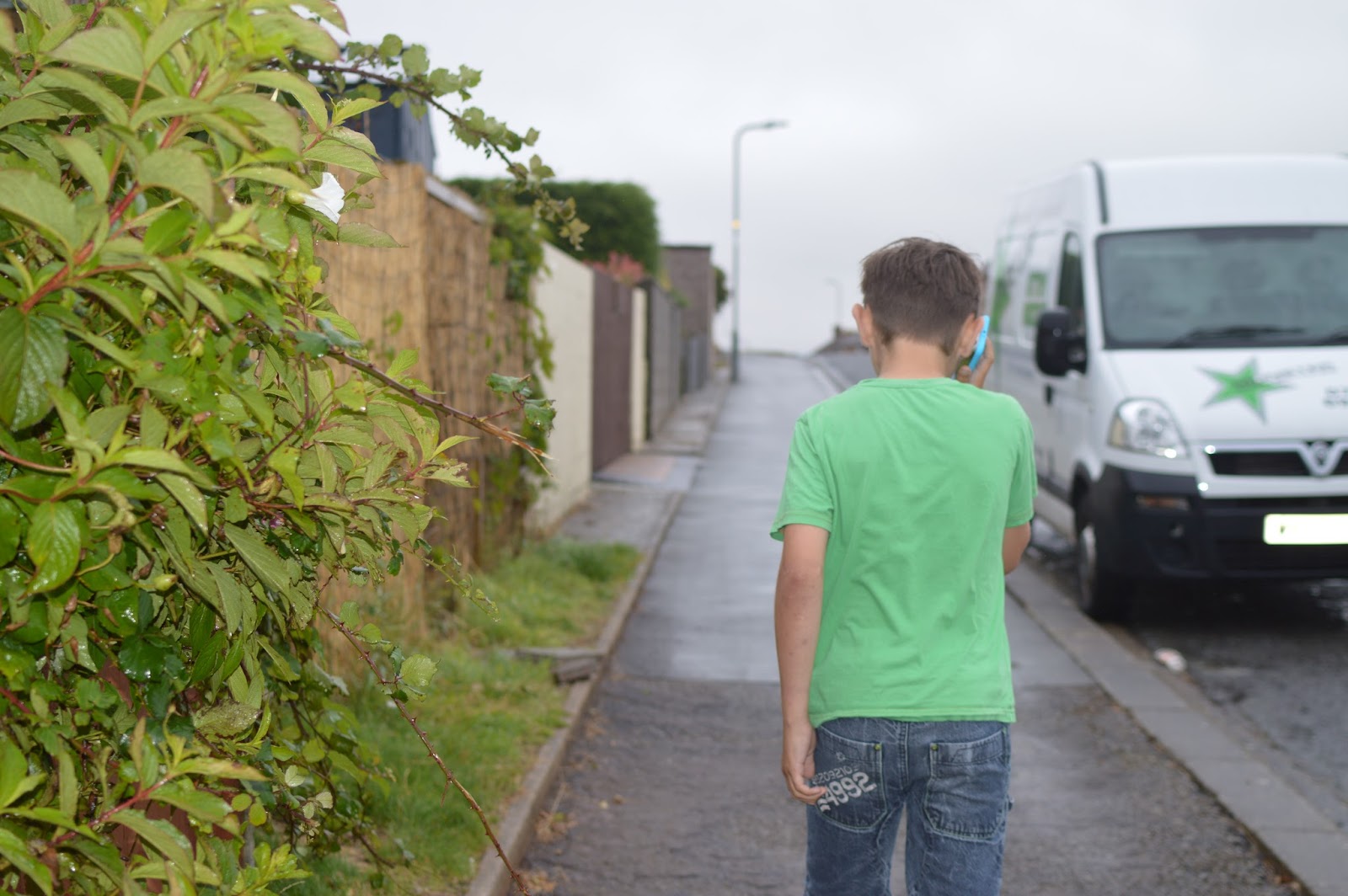 Tesco Mobile asked us to try their Tesco Capped contract.  Tesco Mobile’s Capped contracts allow customers the freedom to use more than their monthly tariff, if they wish, whilst enjoying peace of mind that they will never go over their bill cap.  For Danny, we have chosen a monthly tariff of £10 a month, with a cap of £5.  However, he knows that we expect him to try to keep to the £10 a month.  Having the buffer is reassuring.  Danny has spent a lot of time away recently on residentials in Brecon and London.  It’s good to know that even if he does go over he can still contact us.  In the worst scenario, if he went over his cap while away, then I could top him up  enough to last him the rest of the month too.  However, if he just went over his cap while playing games then no more charges could be made, so there would be no surprise bills for us. In this case, I would make him wait until the next month’s bill had begun to use his phone again.

We have the Tesco mobile App on Danny’s phone for him to keep in control of it.  I also regularly login to the account on my laptop to keep a check on things.  Each month, we go through his bill together.  Before we gave him the phone we had already discussed the amount of calls, text and data that he could use.  The only time he’s entered his buffer so far was when he sent me a picture message of the boat which was his home for a week in London.  This just meant that his bill was £10.25 that month instead of £10.00.  So it was less than the cost of a postcard anyway!   He’s usually pretty good and waits to use the free Wifi at home- he’s also pretty nifty at finding free Wifi spots when out and about too! 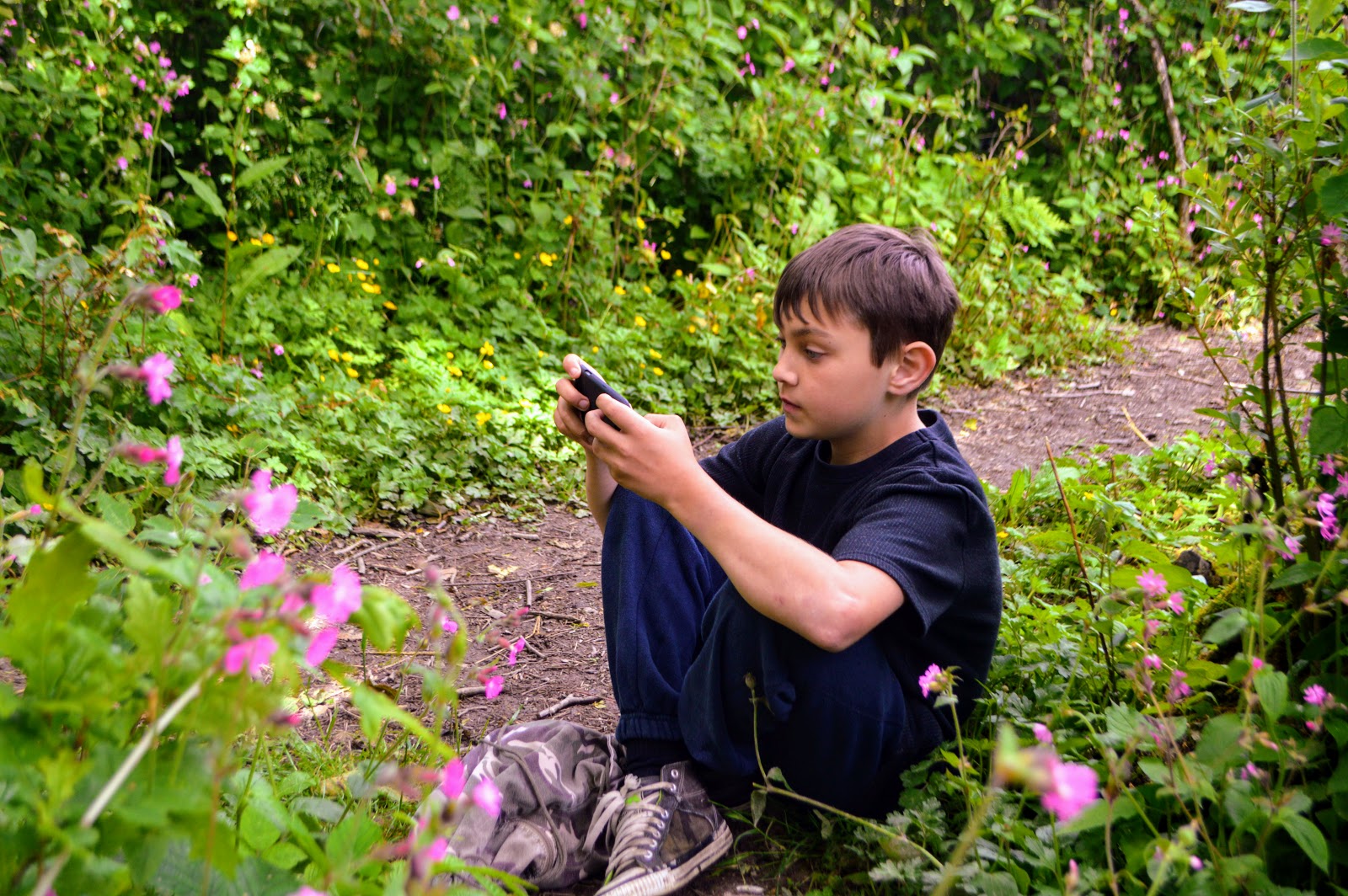 Of course, we also have to keep track of how much time he spends on his phone.  I aim for him to only use it purposefully.  We have a station where we all keep our mobile phones.  We can take our phone out to ring someone, text them, take a photo, make a video and in some circumstances (such as, during a long wait at a hospital check up) play a game.  We don’t encourage Danny to spend all day watching Youtube videos and playing games on it.  Luckily, he is an outdoors kind of boy with many interests so this isn’t too much of a problem.


Tesco Mobile has teamed up with Dr Sue Black OBE to launch ‘Tech in Check Month’ offering parents, carers and their children useful information and advice on managing tech in the family; covering everything from choosing devices and keeping tabs on spending to ensuring safety online. More information can be found at www.tescomobile.com/the-hub.

As he gets older, he has the flexibility to remove or change the buffer if we wish, but for now this is working well for us.

For Danny, he loves having the close contact with his friends and the freedom this phone allows him, for us we love the reassurance it gives us at an affordable capped price. 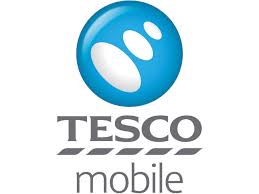 I am a member of the Mumsnet Bloggers Network Research Panel, a group of parent bloggers who have volunteered to review products, services, events and brands for Mumsnet. I have not paid for the product or to attend an event. I have editorial control and retain full editorial integrity.