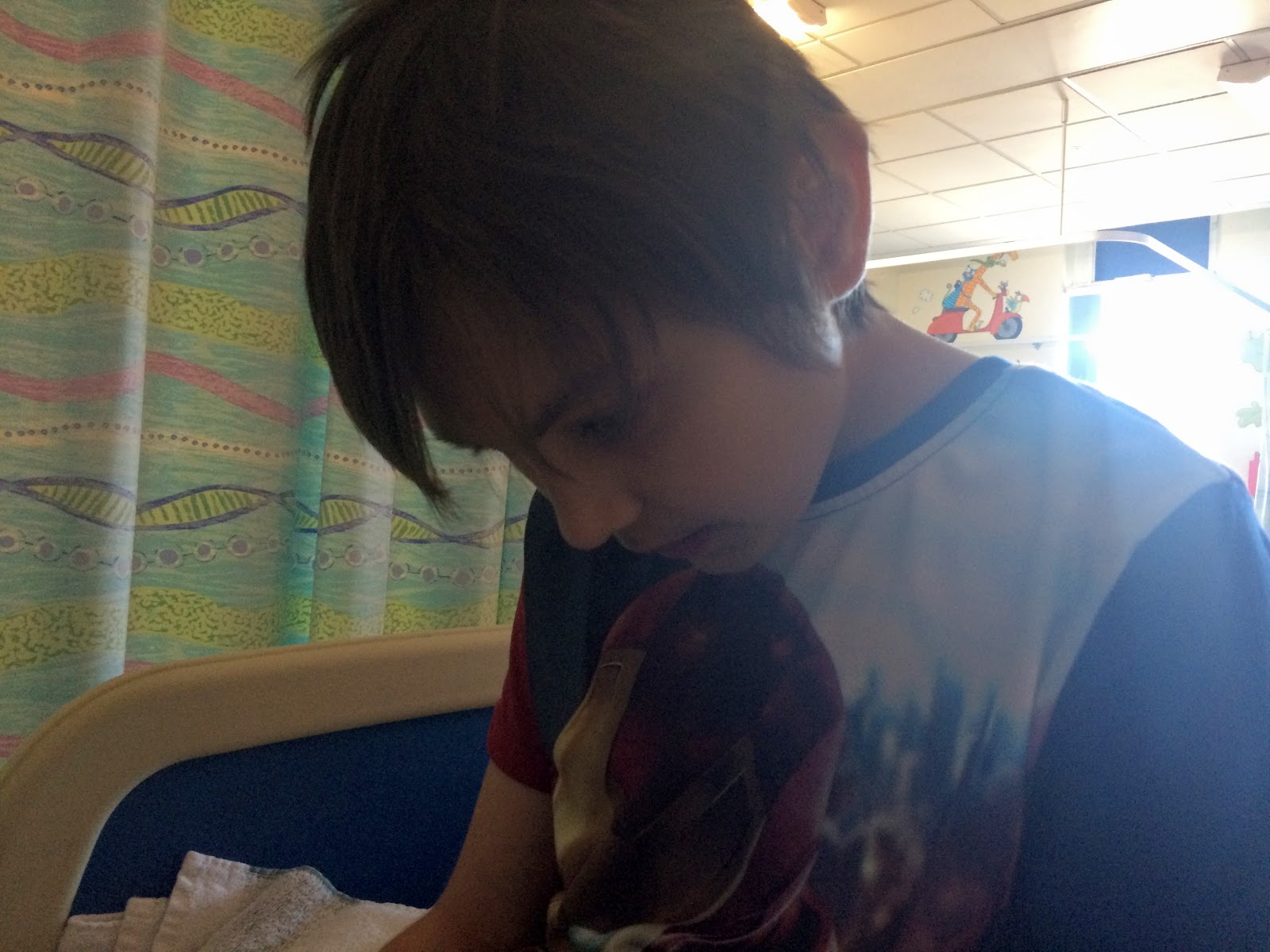 Birmingham Part 5- eek!  This is my last post about Birmingham I promise and then the usual posts about walks in the woods, beach days and recipe ideas will be back! 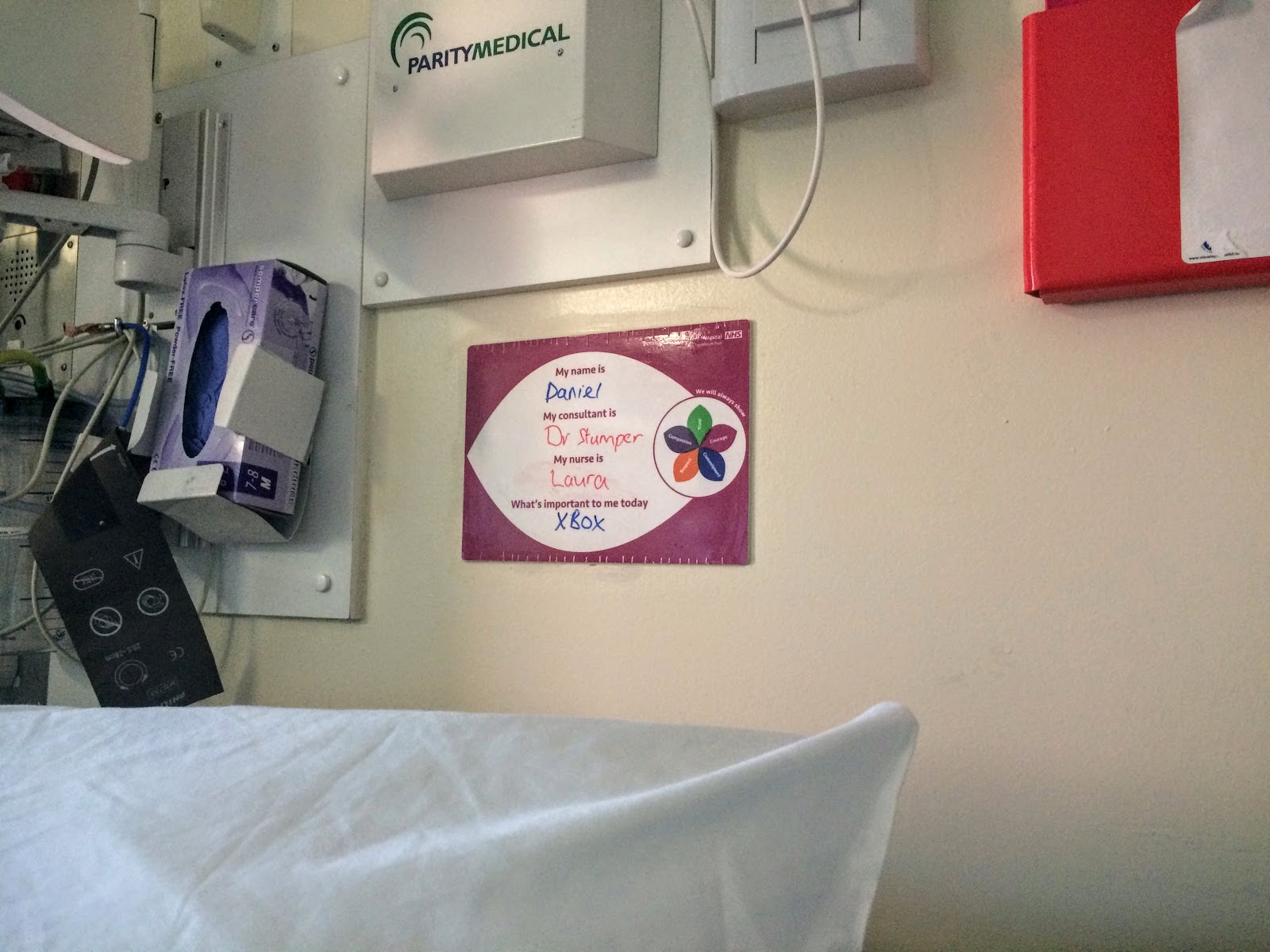 The day after Danny’s stent enlargement we were told that as long as everything went to plan (the X-ray, wound healing etc) then Danny would be discharged.  We were also told to stay in Birmingham (rather than drive five hours home) for one more night just in case, which we expected.  We wouldn’t have wanted to put Danny through the journey so soon anyway. As it happened we had booked exactly the number of nights needed in the Aparthotel but we would have just booked more nights if needed and applied for Parent Accommodation if it had been a long stay. 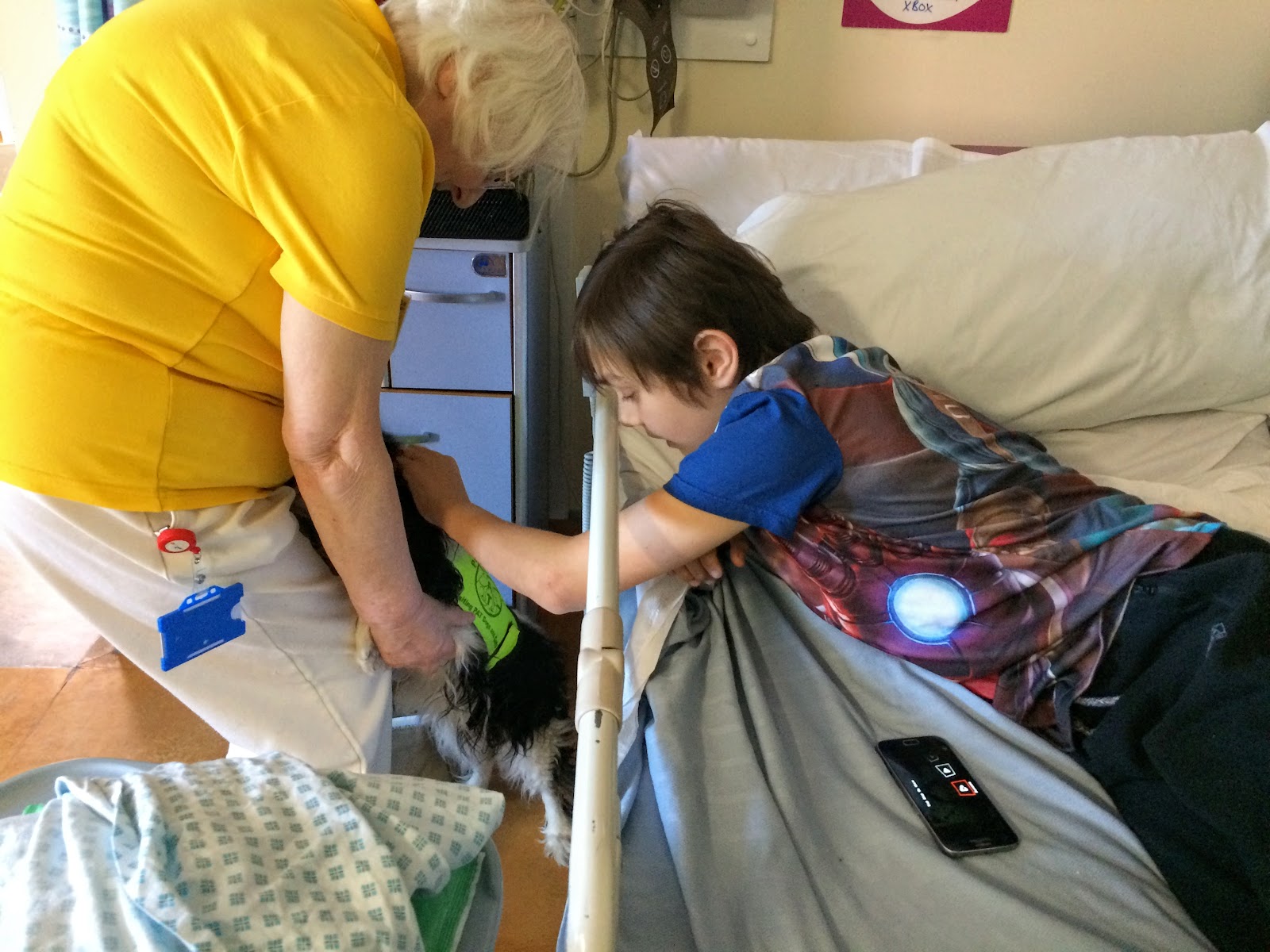 In the morning Danny had his X-ray and then a special visitor came to see him- Holly from Pets as Therapy.  I’ve known a long time about this wonderful charity.  They came to speak at our school once, and also at a local event but it’s the first time I’ve actually seen them come and visit while Danny’s been in hospital. 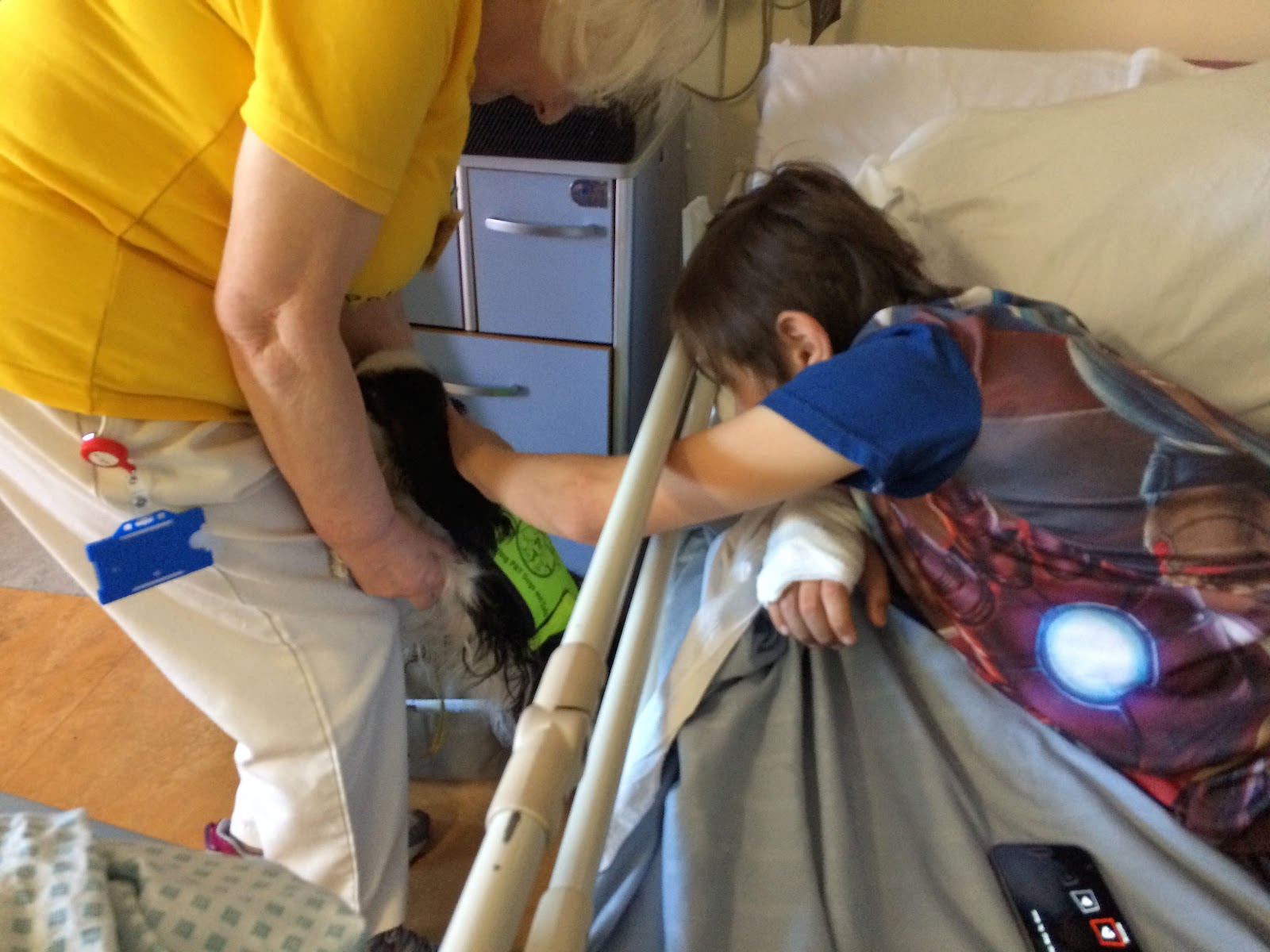 Holly was so good.  Her owner explained how she’s quick to pick up on how poorly the children are and what they need from her, which is very sweet.  She could tell that Danny was on the mend! 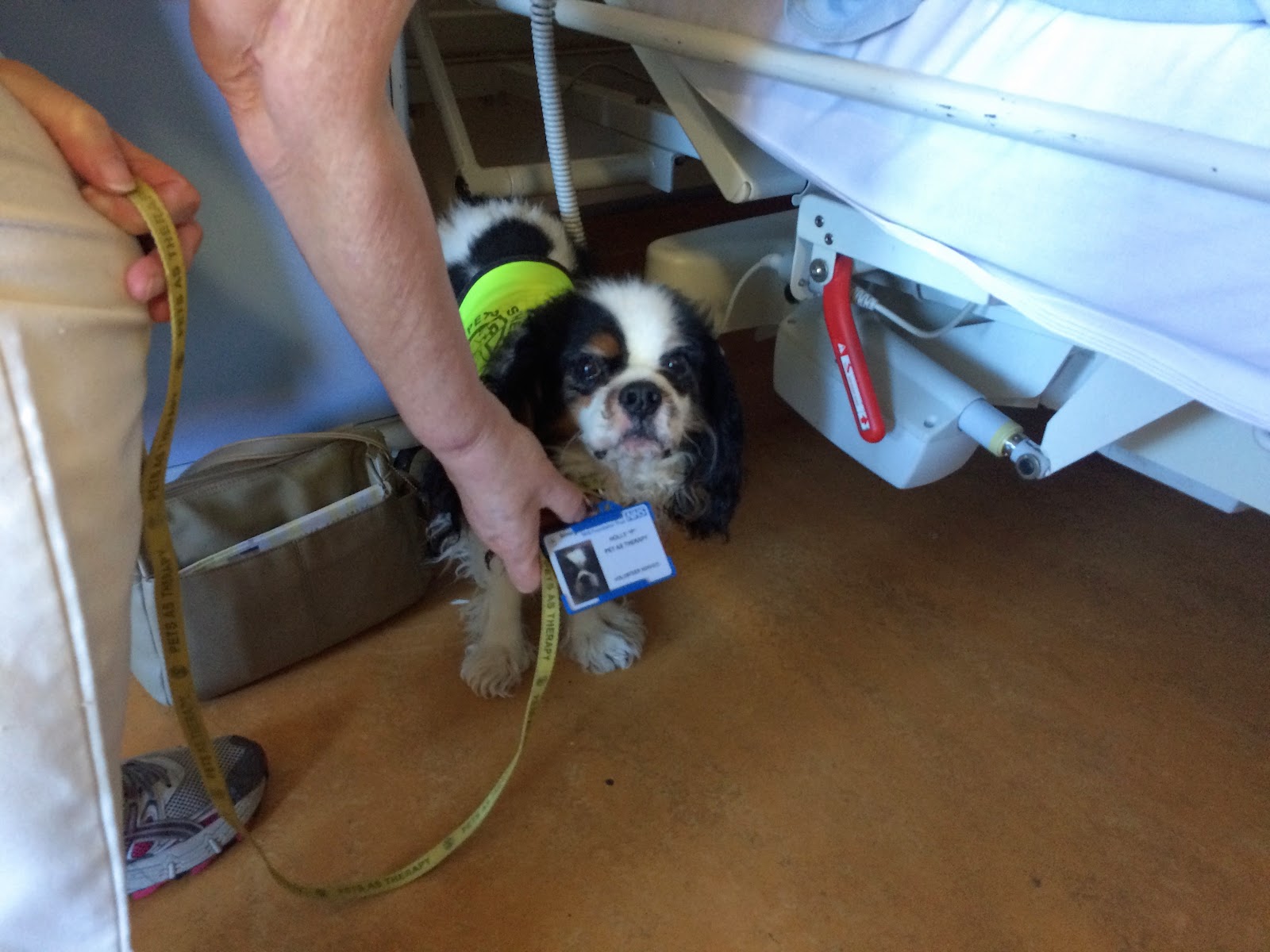 We’re lucky that this was only a short hospital stay for Danny but we met kids who are staying longer and some who have never been home.  That means Pets as Therapy are the only chance they get to see a pet and have a much needed cuddle.  I have made a donation and I’m going to buy “Doug the Pug-a Working Dog’s Tale” as a thank you for Holly coming to visit Danny and the children in Ward 12. 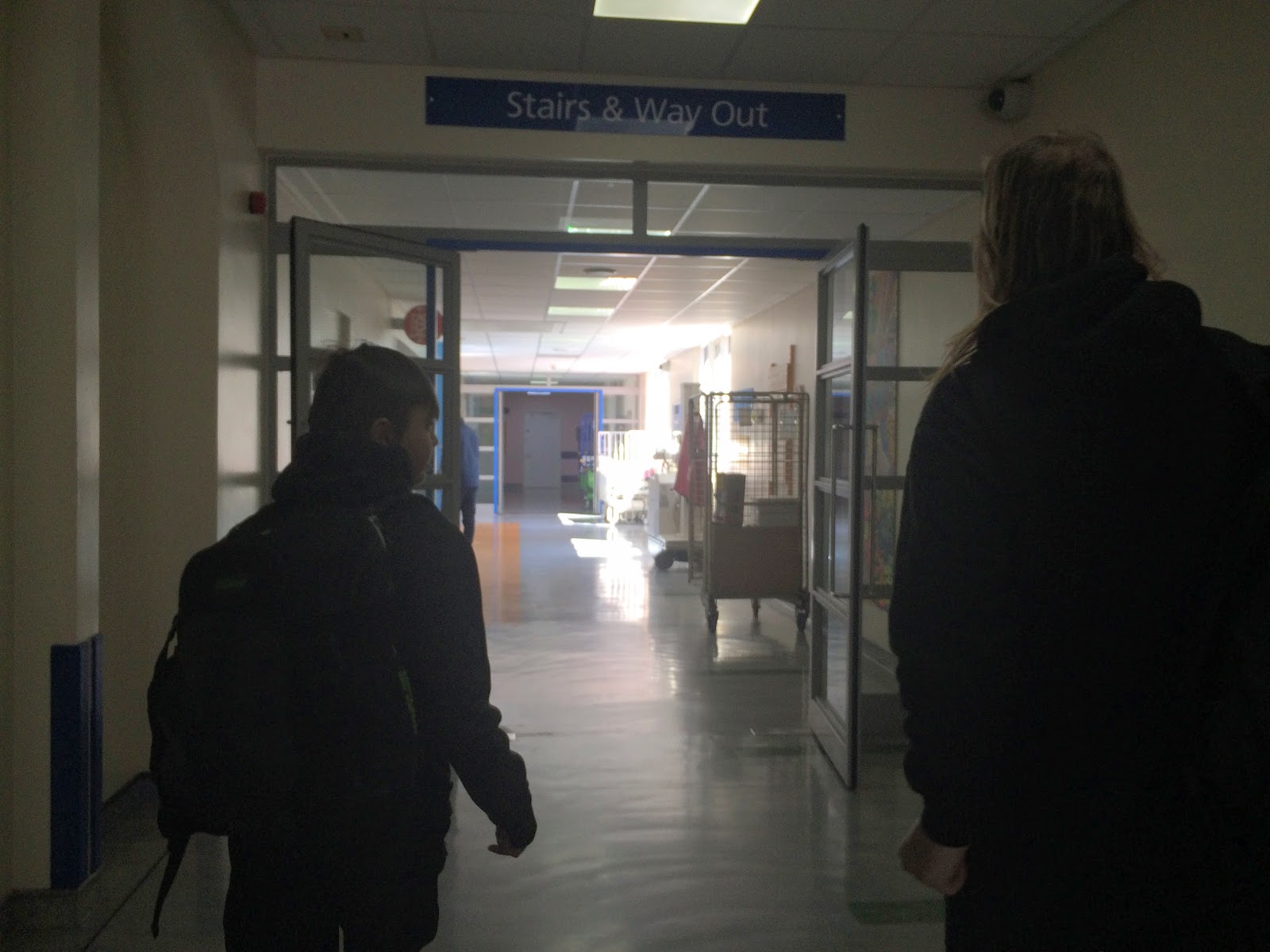 Then we were officially discharged and allowed to leave!  Freedom! 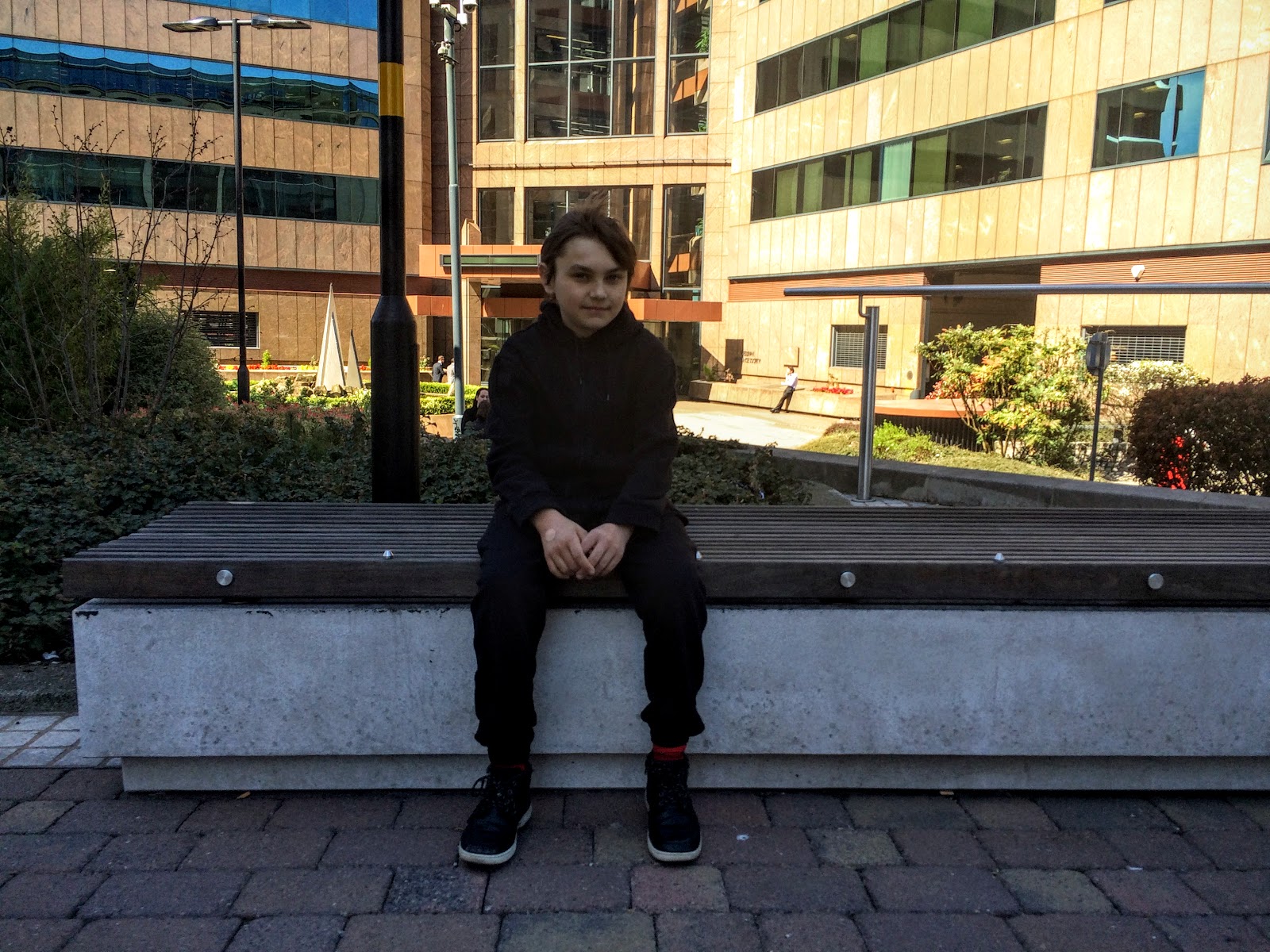 Danny’s first “out of hospital” photo.  It’s so nice to have your child back and to no longer have to “visit them” and ask permission to do everyday things. 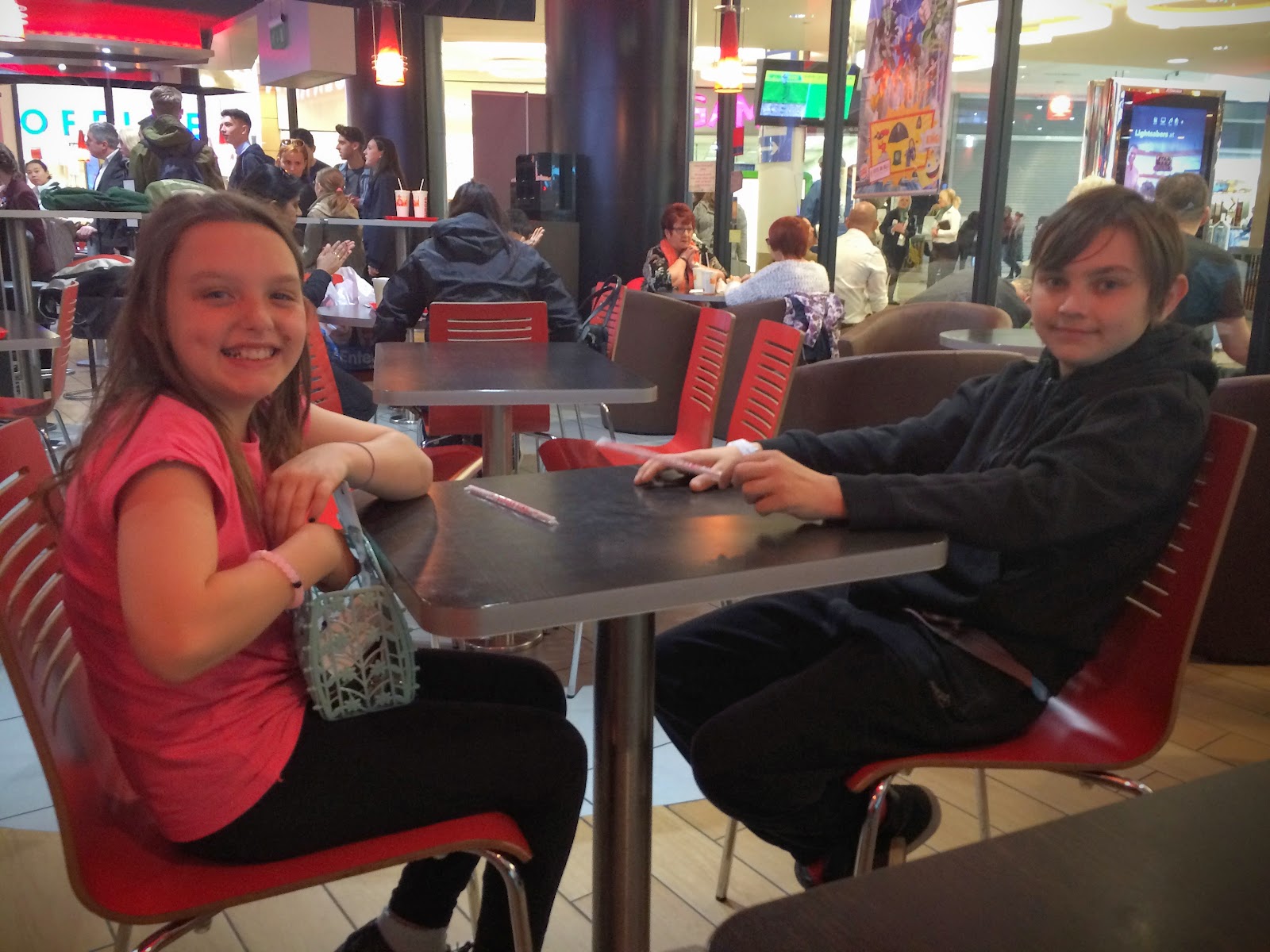 Danny asked to go to Burger King (we don’t have one anywhere near us not even in the whole county so never get to go to one when home). 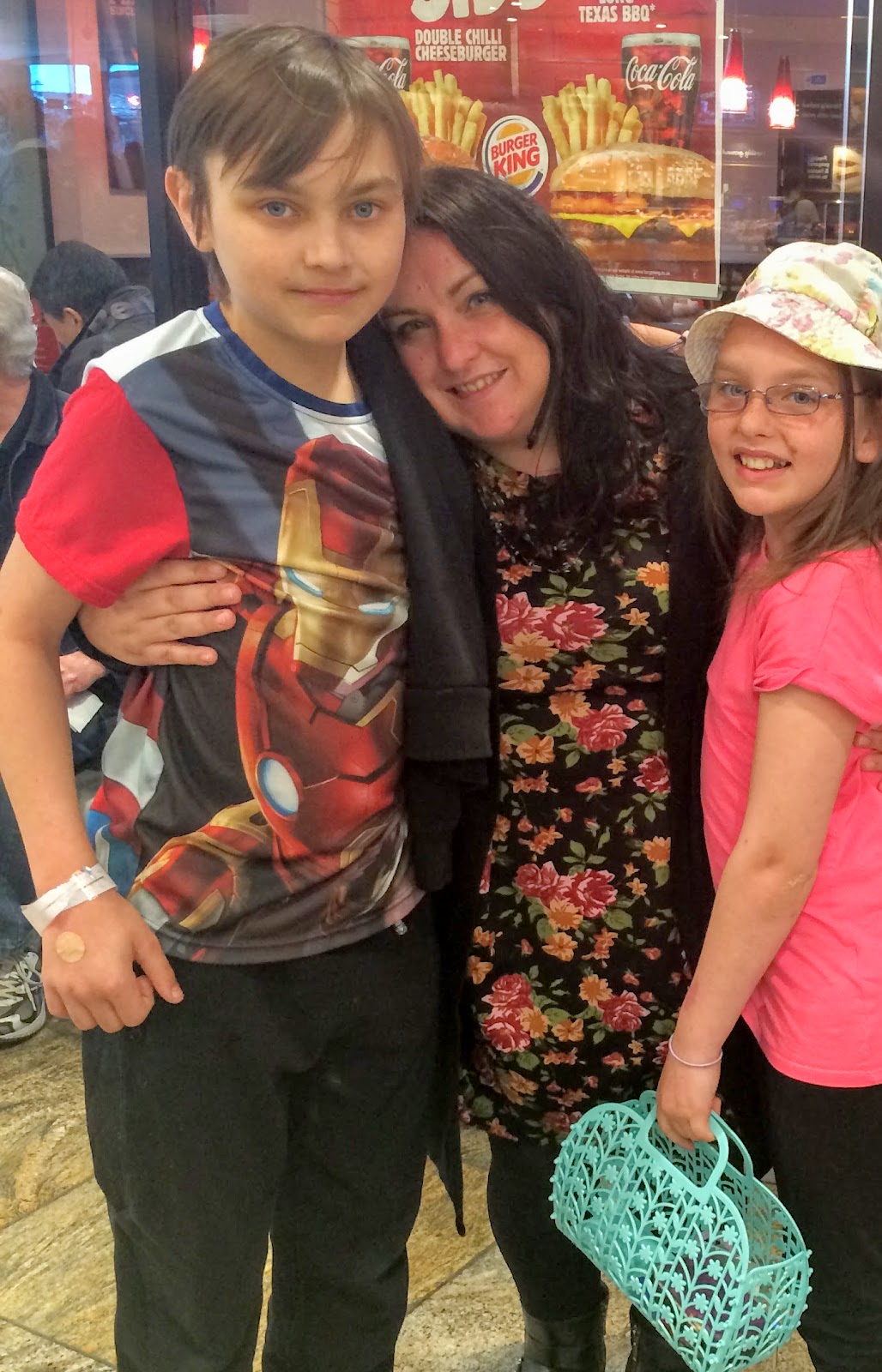 It was a happy day as Danny was out of hospital but a bit sad as Ceri, Lexy and Rebecca were off home.  It felt like the end of a (albeit very strange) holiday. 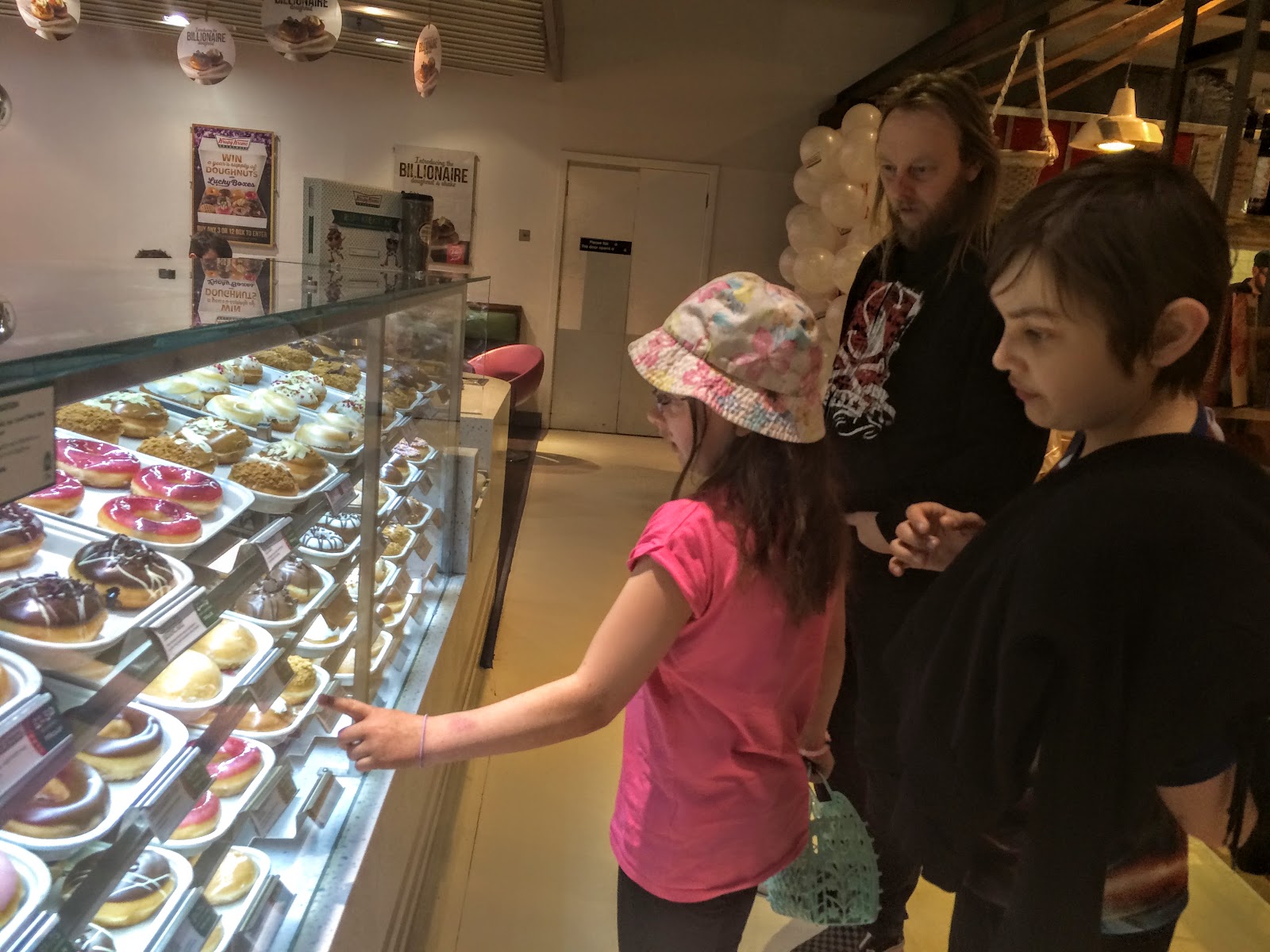 As a treat for Dave for also staying in hospital we went to get him some Krispy Kreme donuts- he loves them.  We chose some for mum, Jo, Cerys, Caitlyn and Isabelle too. 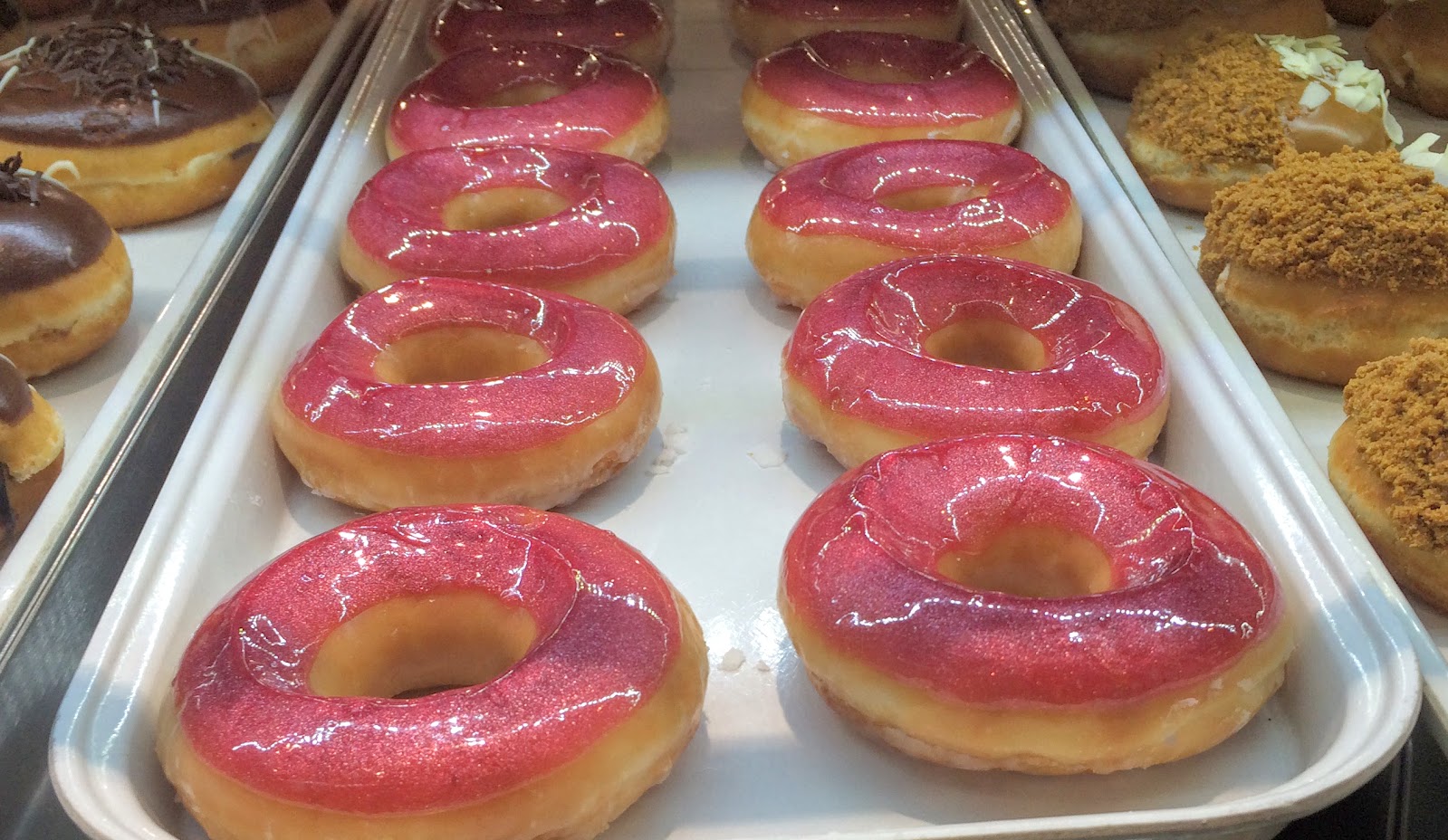 I can no longer eat them myself but still admire their prettiness- if Barbie ate donuts I think she’d choose this one! 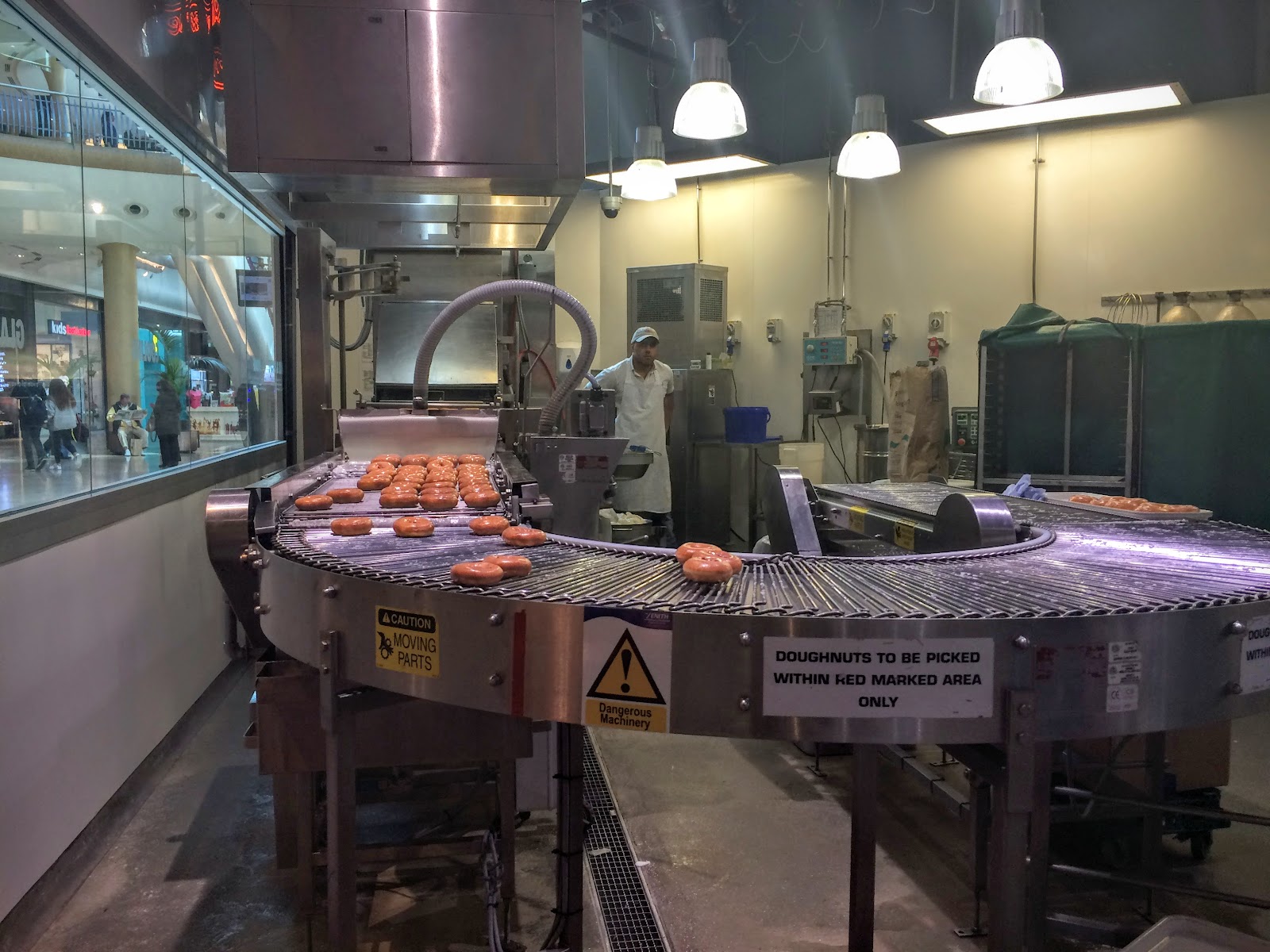 It was interesting seeing them get made. Again, we don’t live near any Krispy Kreme shops so only get to pick them up at service Stations usually! 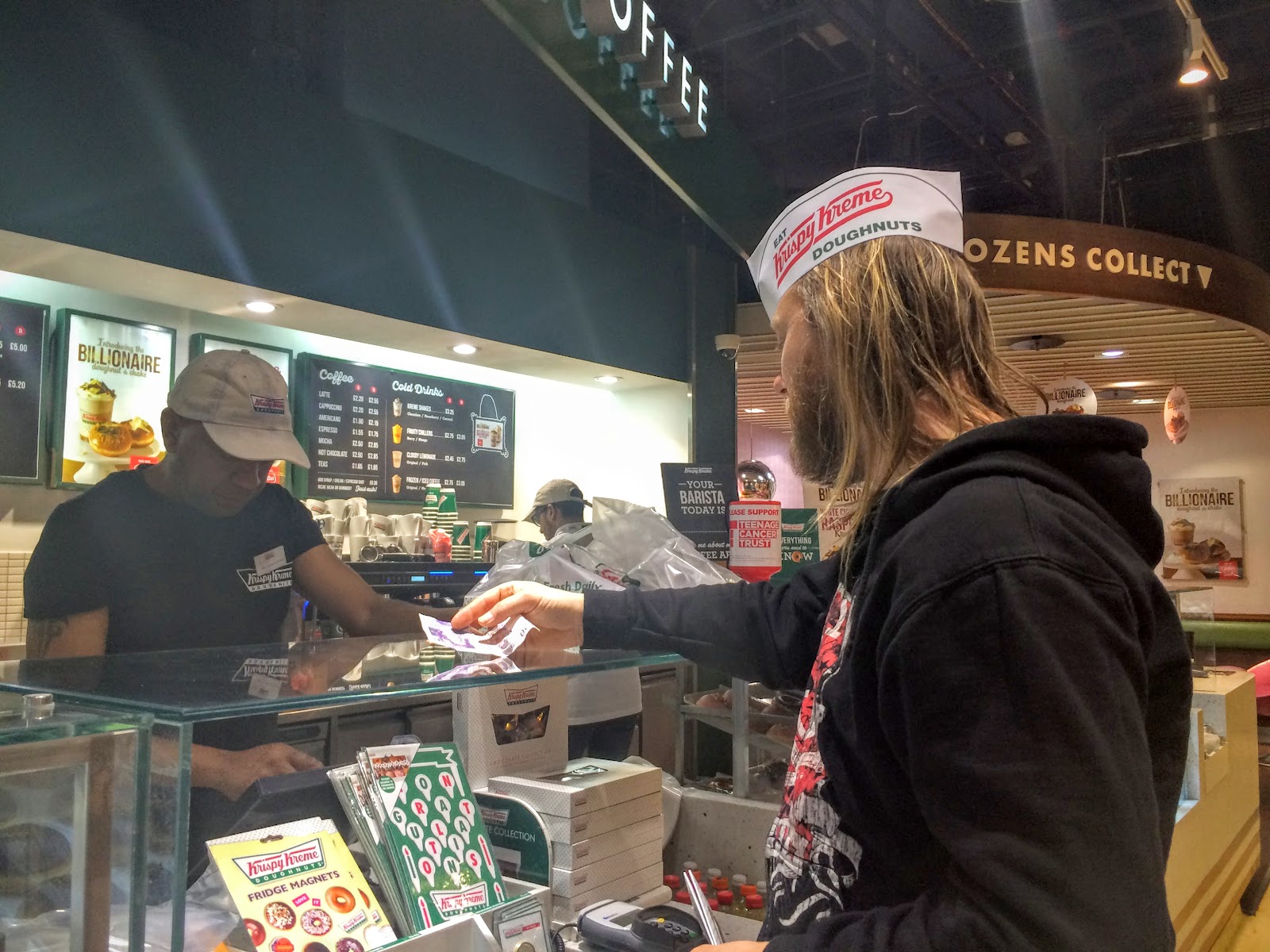 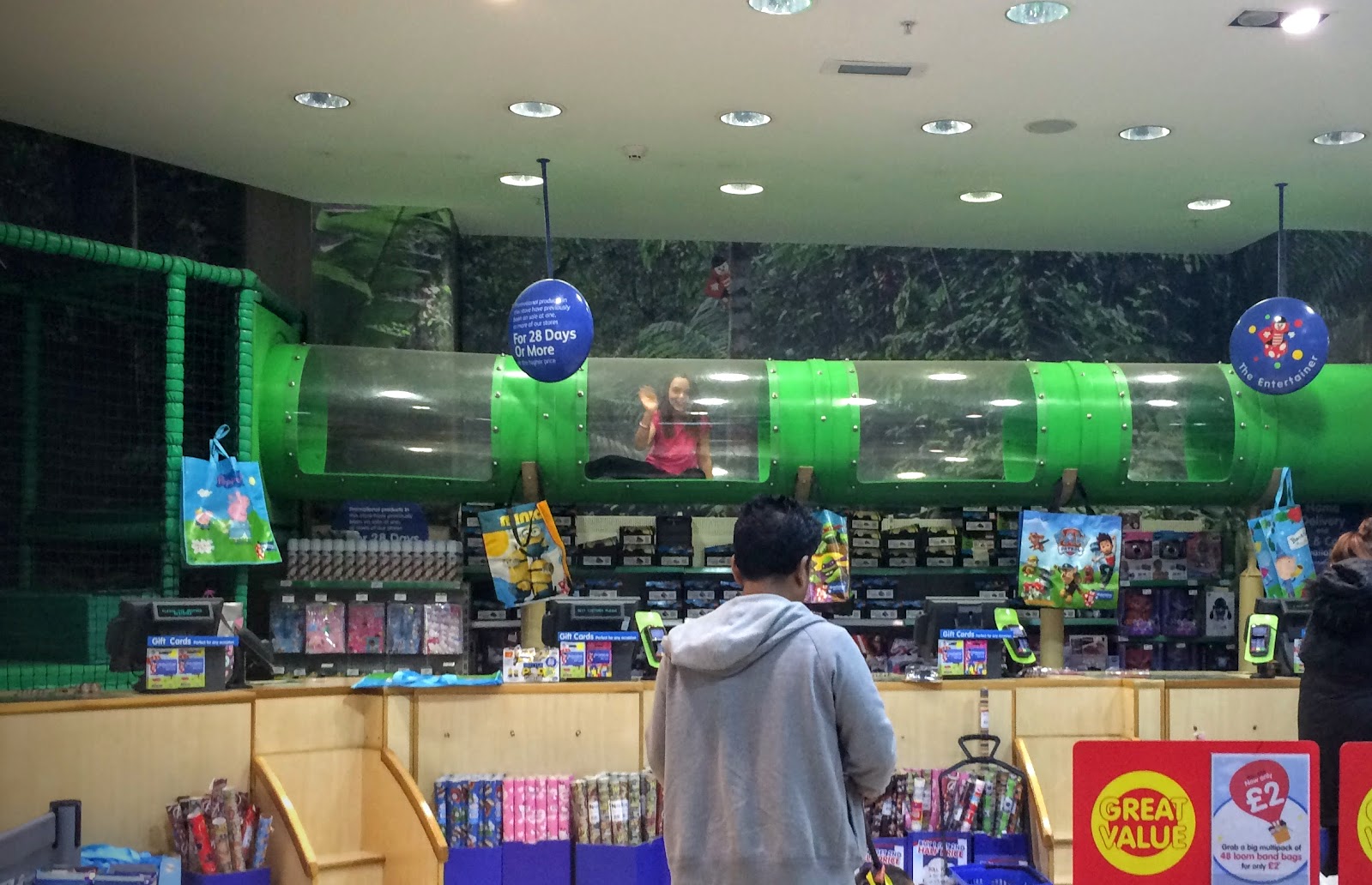 Next we went for one more look in the Entertainer. 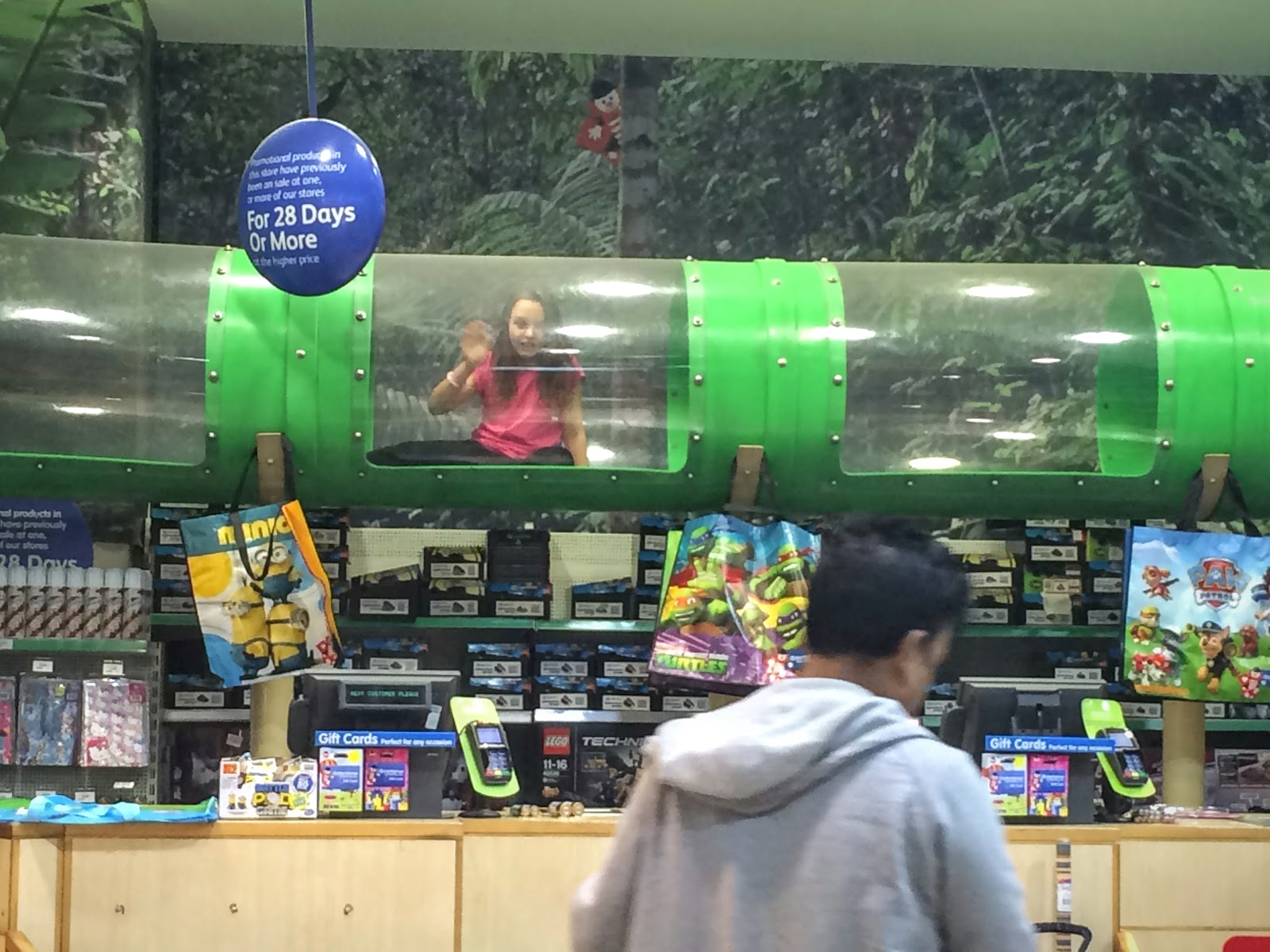 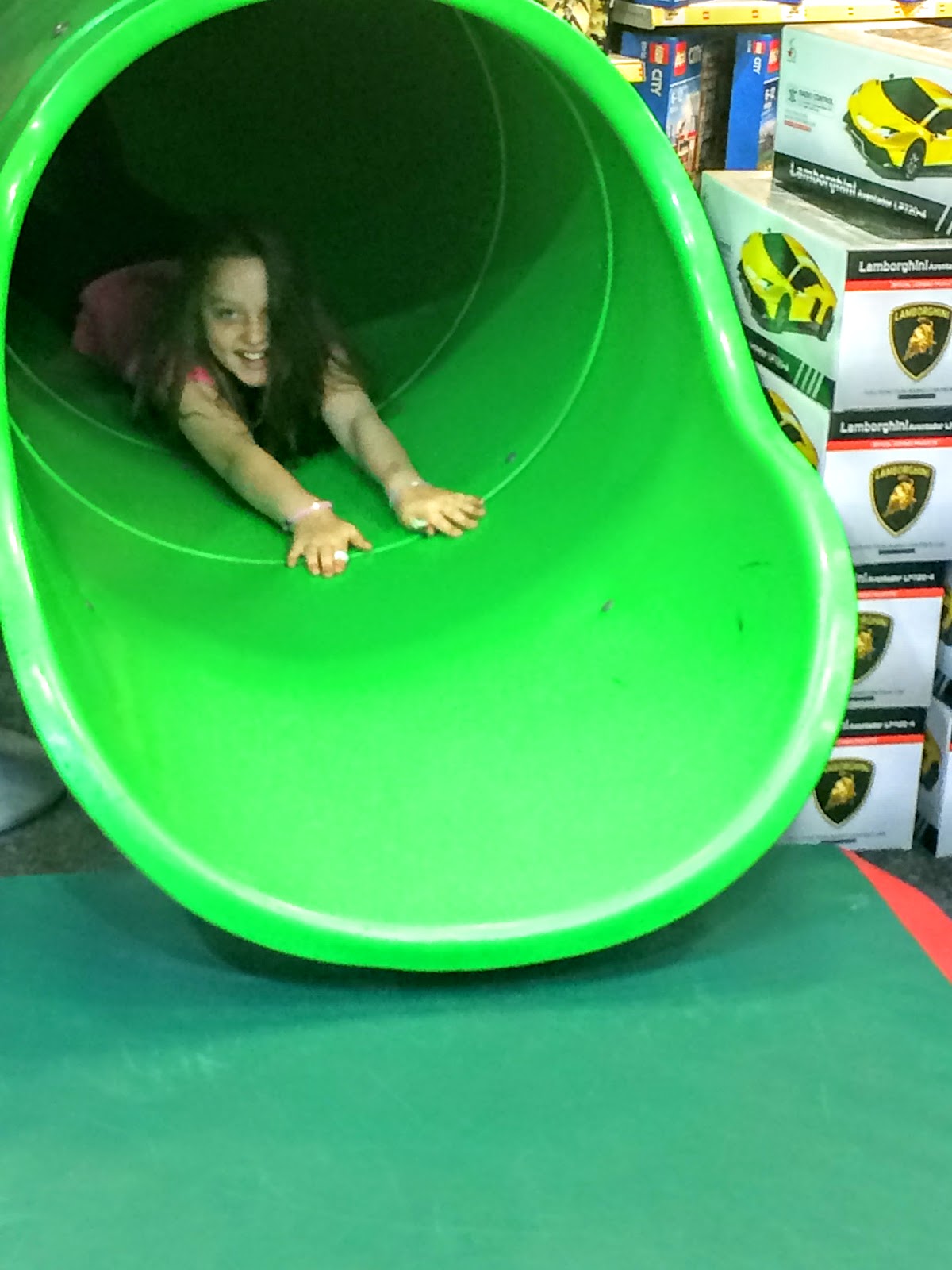 We walked them back to the car and said our goodbyes.  We then picked up our car from the hospital and drove back to the apartment.  The Receptionist was pleased to see Danny and asked how the operation went.  It was strange being there without Rebecca, Ceri and Lexy, and no longer being able to wave across to their apartment (without the new occupants wondering what we were doing anyway!). 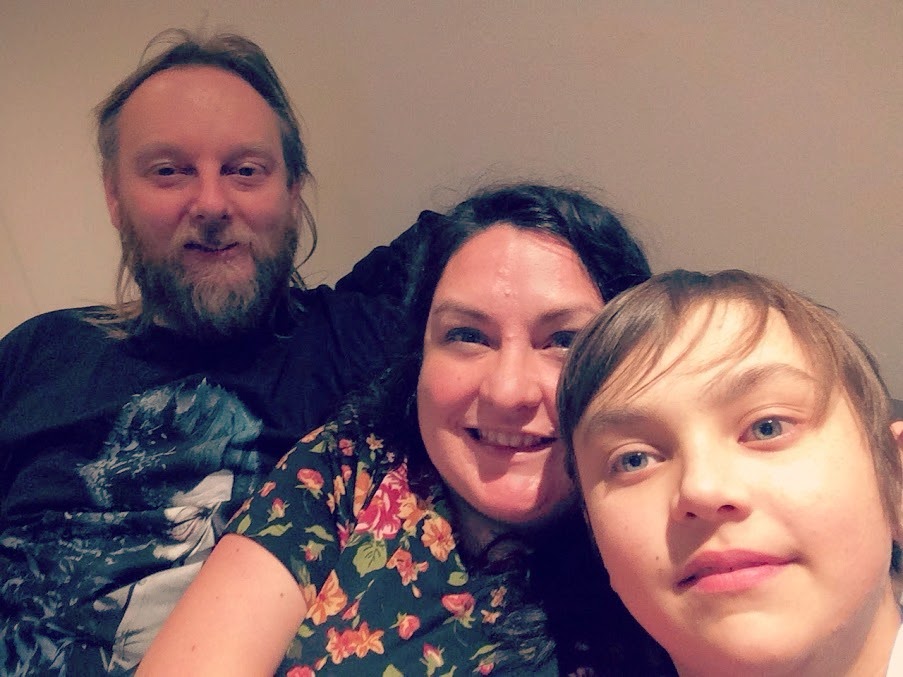 That night I took a snap as we cosied up together to watch some TV.  It was so lovely to have Danny out of hospital and “home” with us. 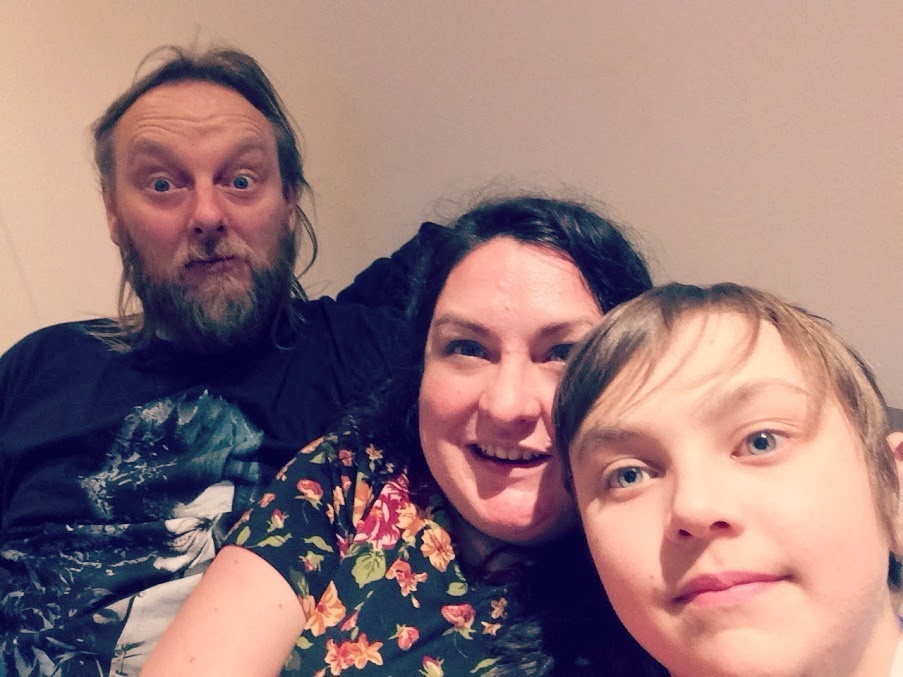 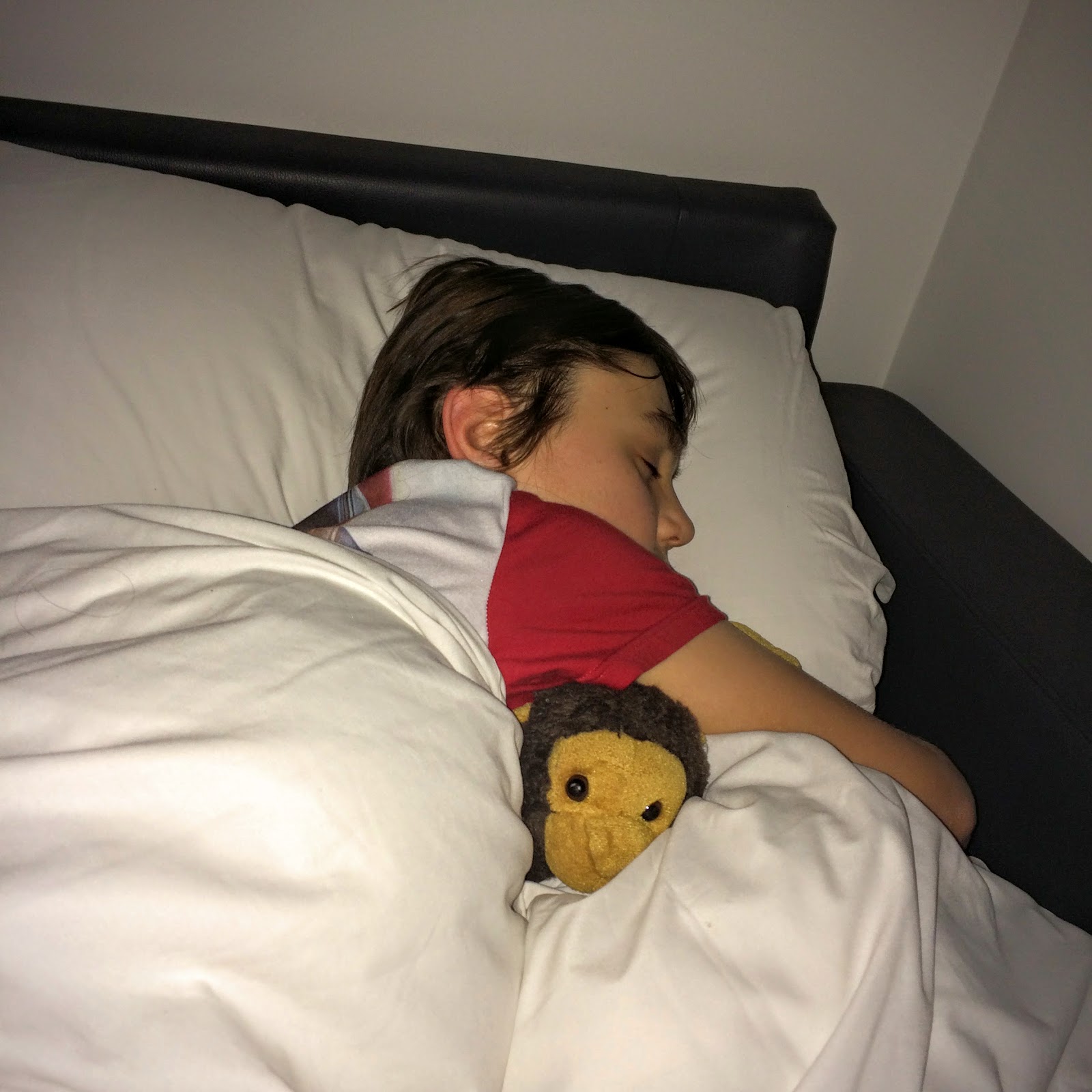 Another lovely moment was seeing him sleep soundly on the sofa bed.  All steps getting us closer to home. 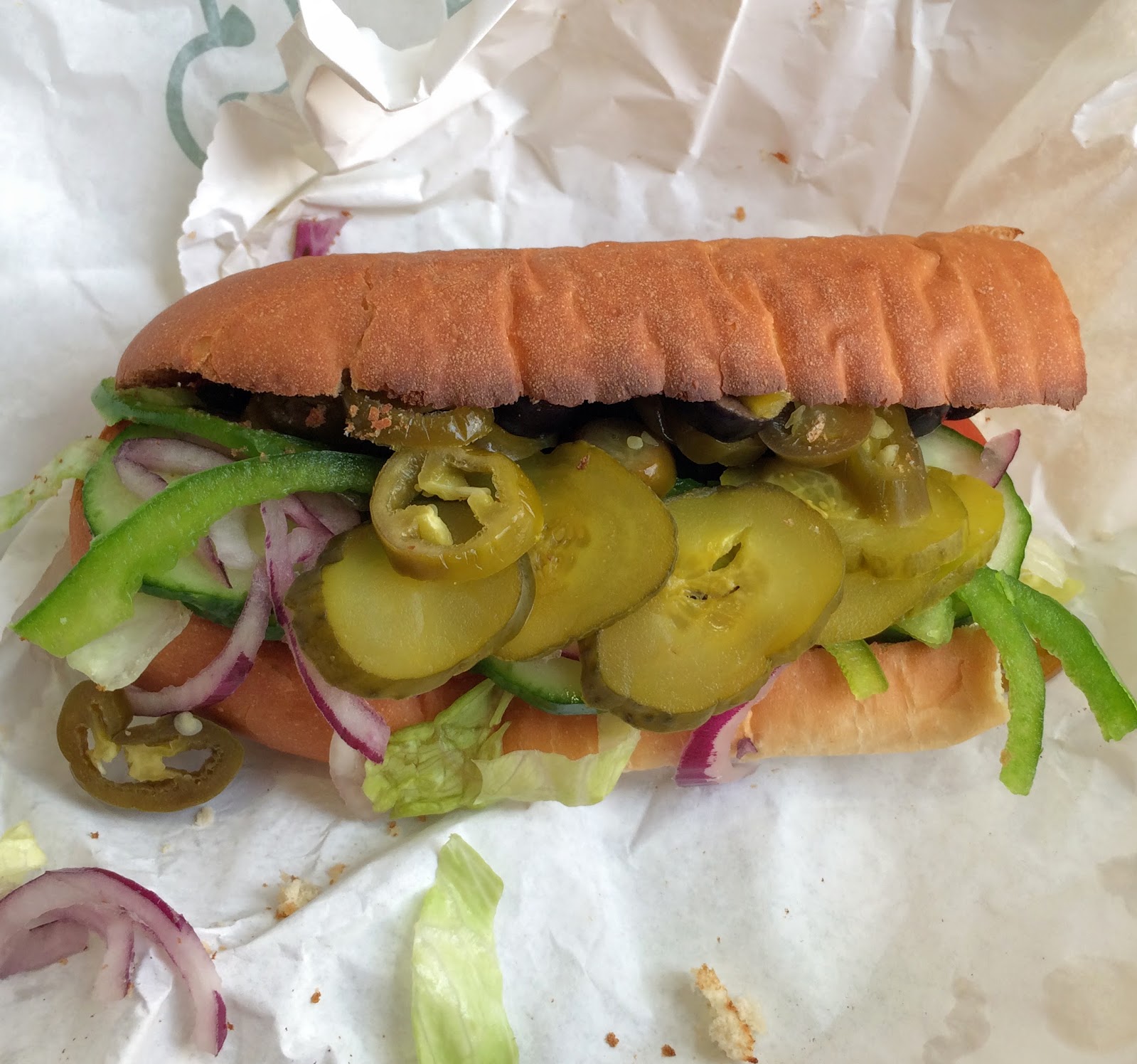 The next day we went into town for the last time.  We finally got Danny the Subway he had been promised.  That’s my Veggie Delite.


Then we drove home.  For some reason I don’t remember much about the drive.  I just seemed to get us home on autopilot. Finally we arrived, we wanted to go straight to the girls but remembered that our car was set up as a five seater and the boot was full of the many suitcases we had used since we left a week ago for the Little Hearts Matter’s Open Day.  So we dropped these off and went to the girls.


They’d had a tea party with Nanny for the Queen’s birthday and had a lovely stay.  We collected most of their stuff (things had spread out a bit after a weeks stay) and then all went home, a family of six once more. 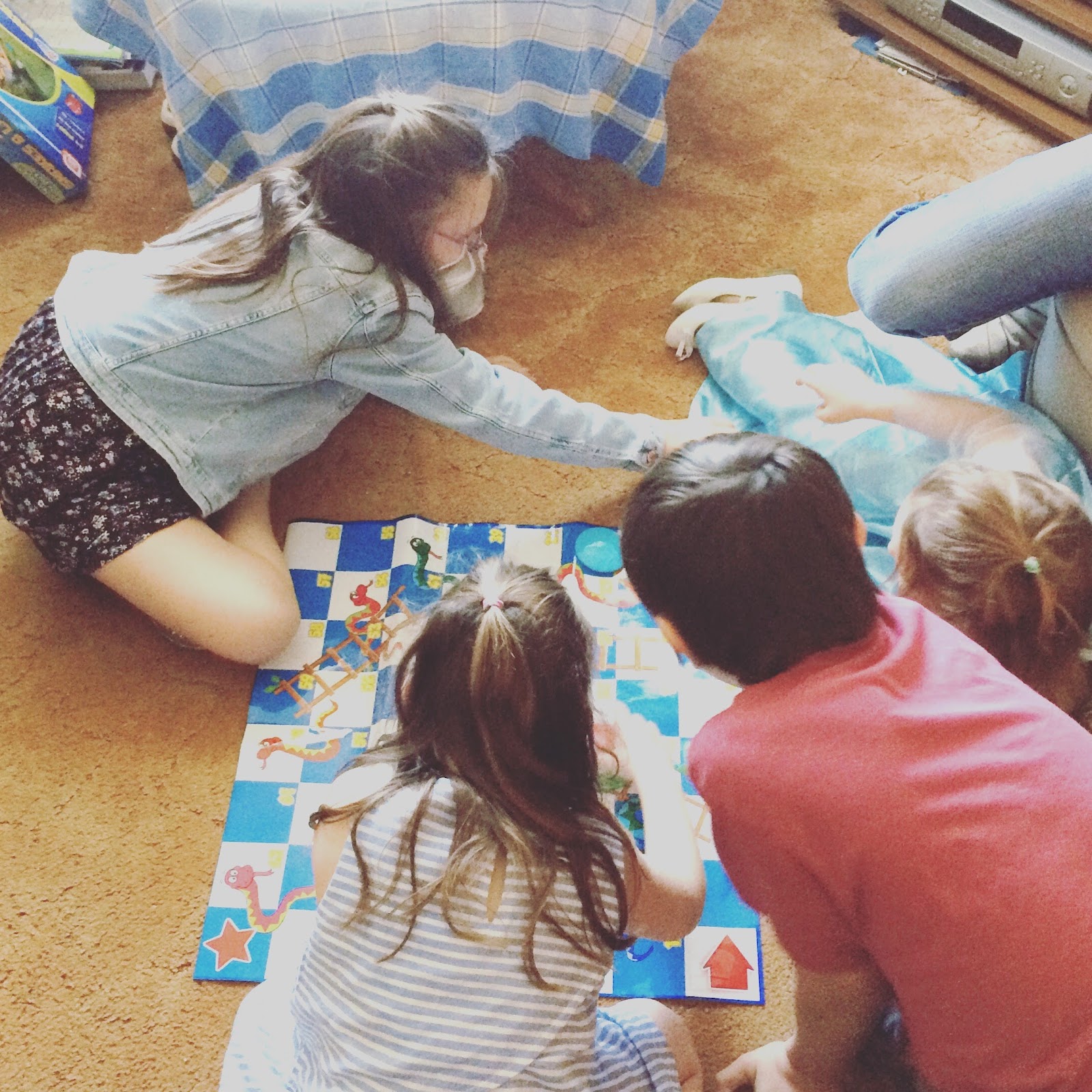 I wish we’d then had a week off, no school or work just to rest and appreciate being back together again but the following day was back to school for the girls and work for Dave.  We spent the weekend catching up with family and appreciating being parents to four kids once more.