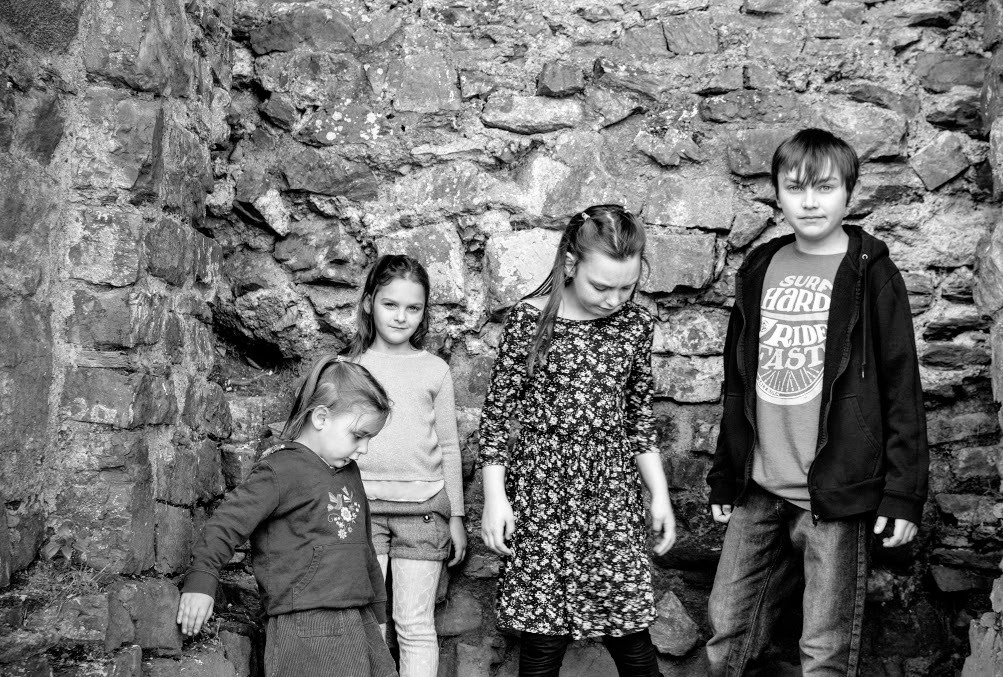 Wow, March already!  Just this week it has finally changed to “take your coat off” weather which is pure bliss!   I’ve taken quite a lot of siblings shots over this month at Drayton Manor, at the local park and also on Mother’s day, however as I managed to take quite a lot of photographs of the four kids together at Haverfordwest Castle at the weekend I decided to use this set instead. 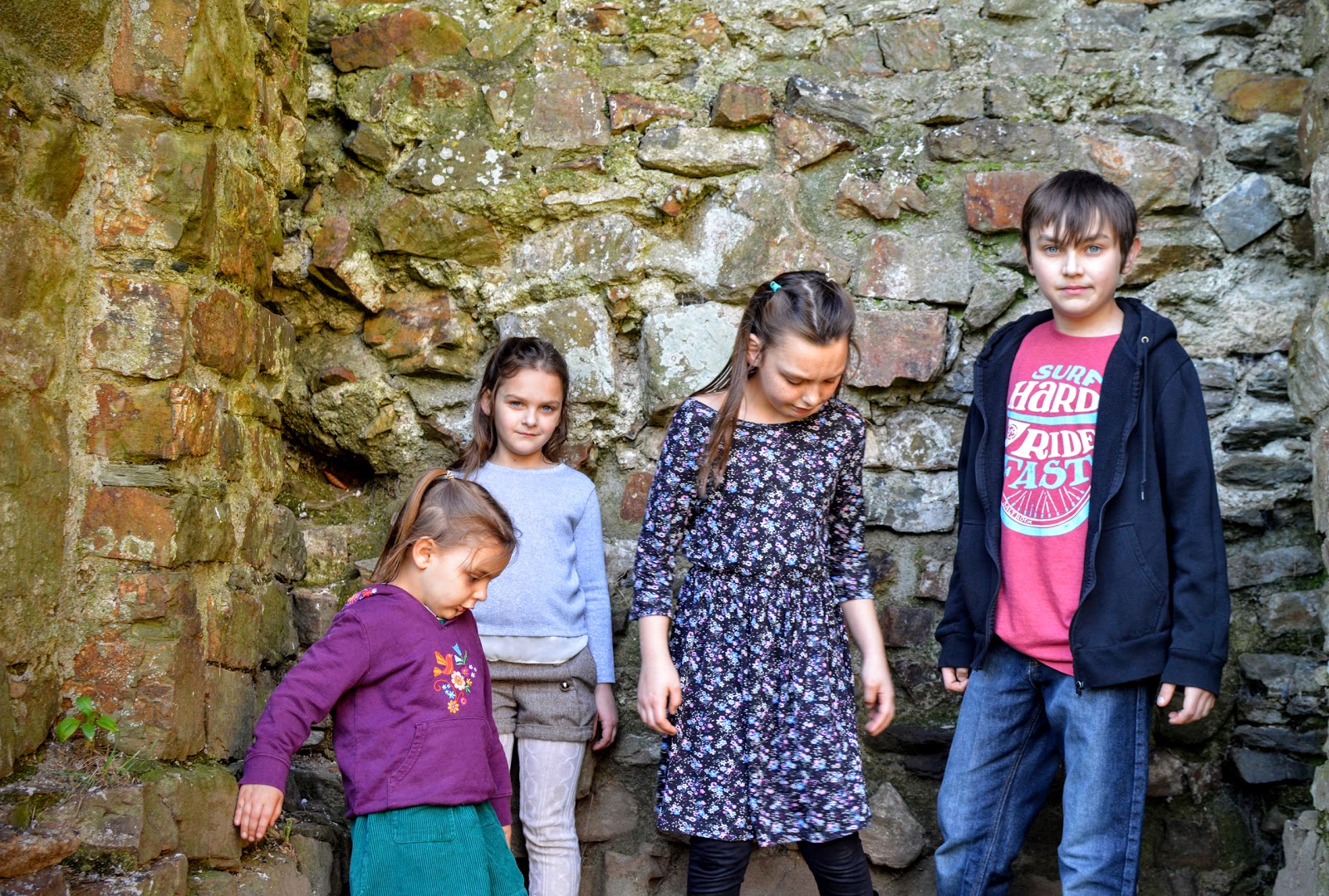 When exploring ruins, such as our favourite castles in Pembrokeshire, I prefer the kids to keep together, so I can keep an eye on them all safely, this meant it was easier to get group photos of them as they explored every nook and cranny of the castle. 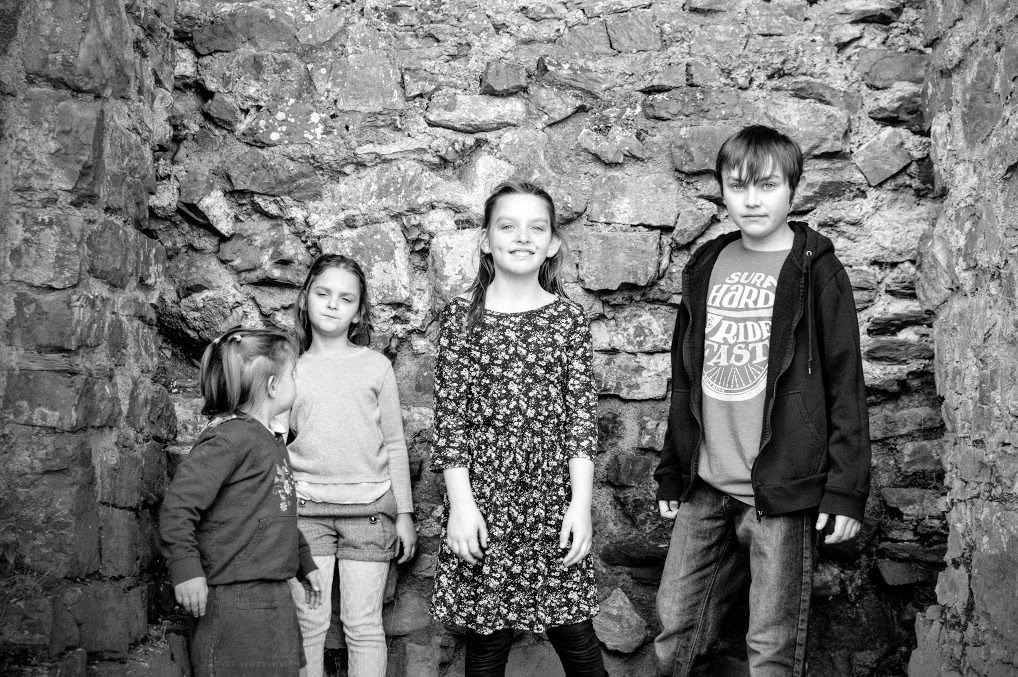 Once again, it was nigh impossible to get everyone looking the same way but I quite like the effect of the kids looking in different directions and at each other. 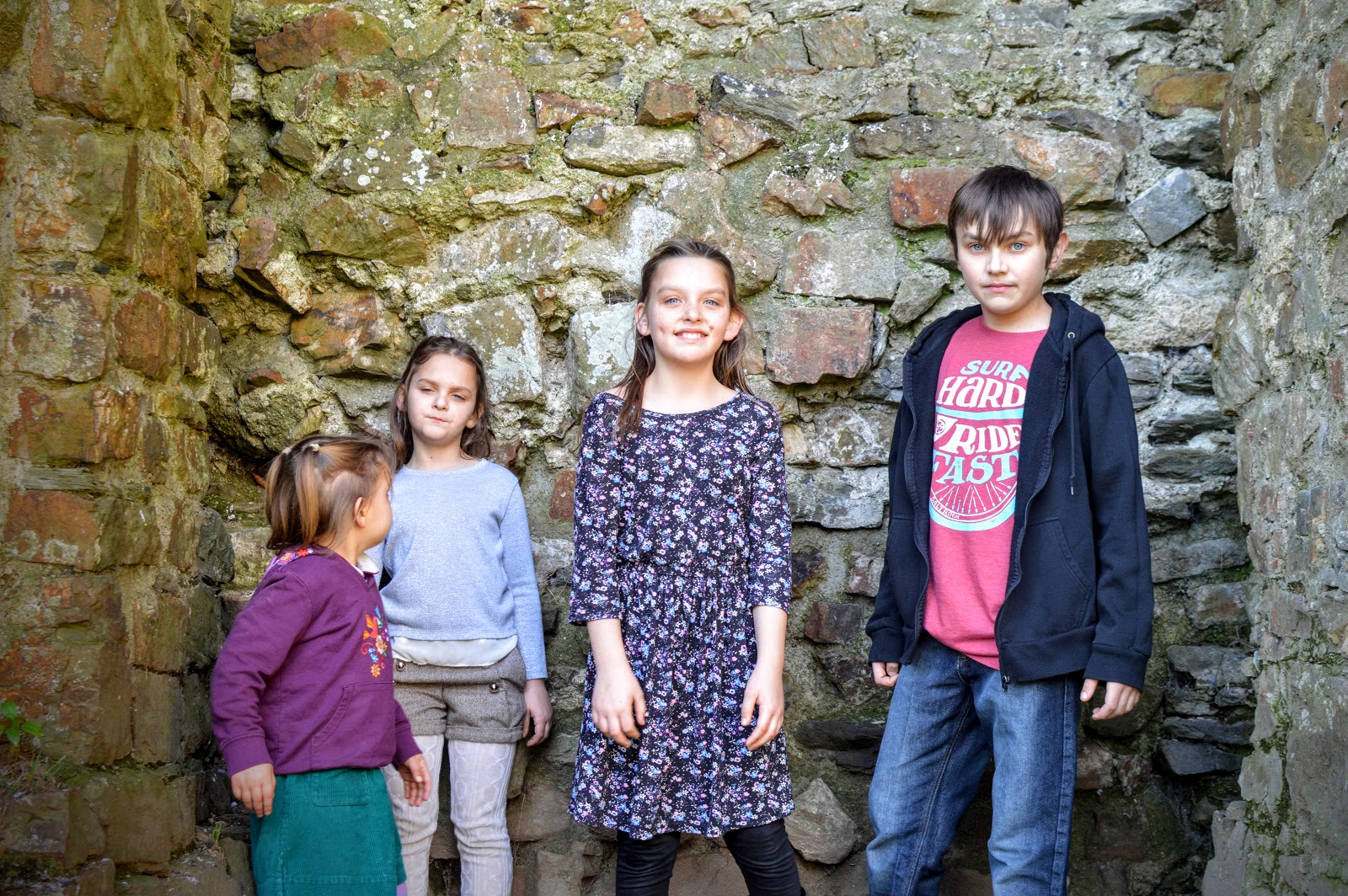 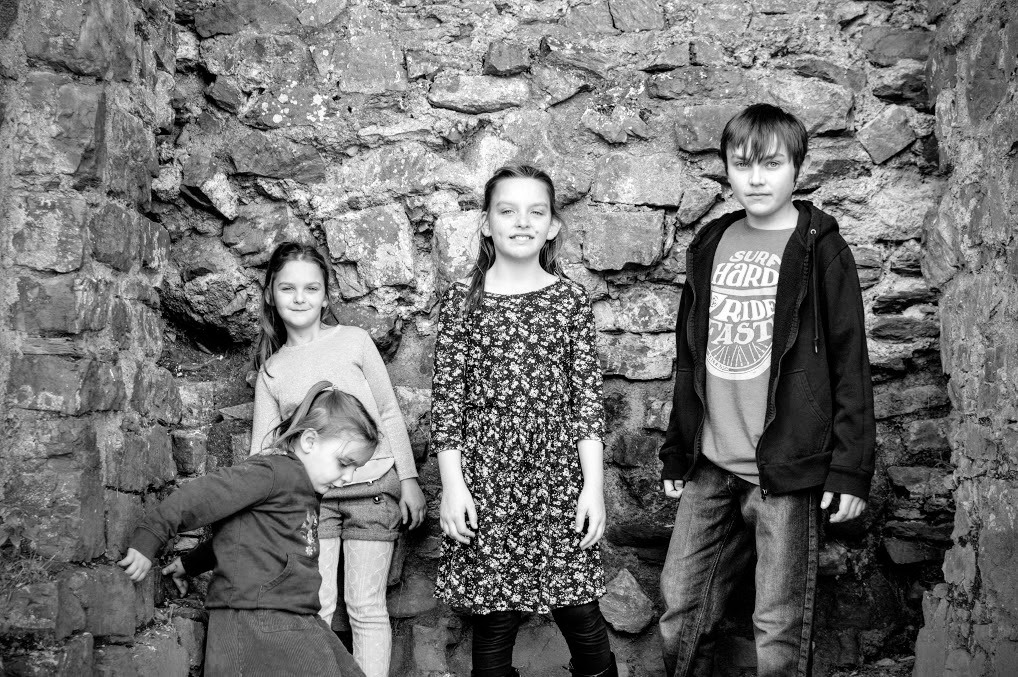 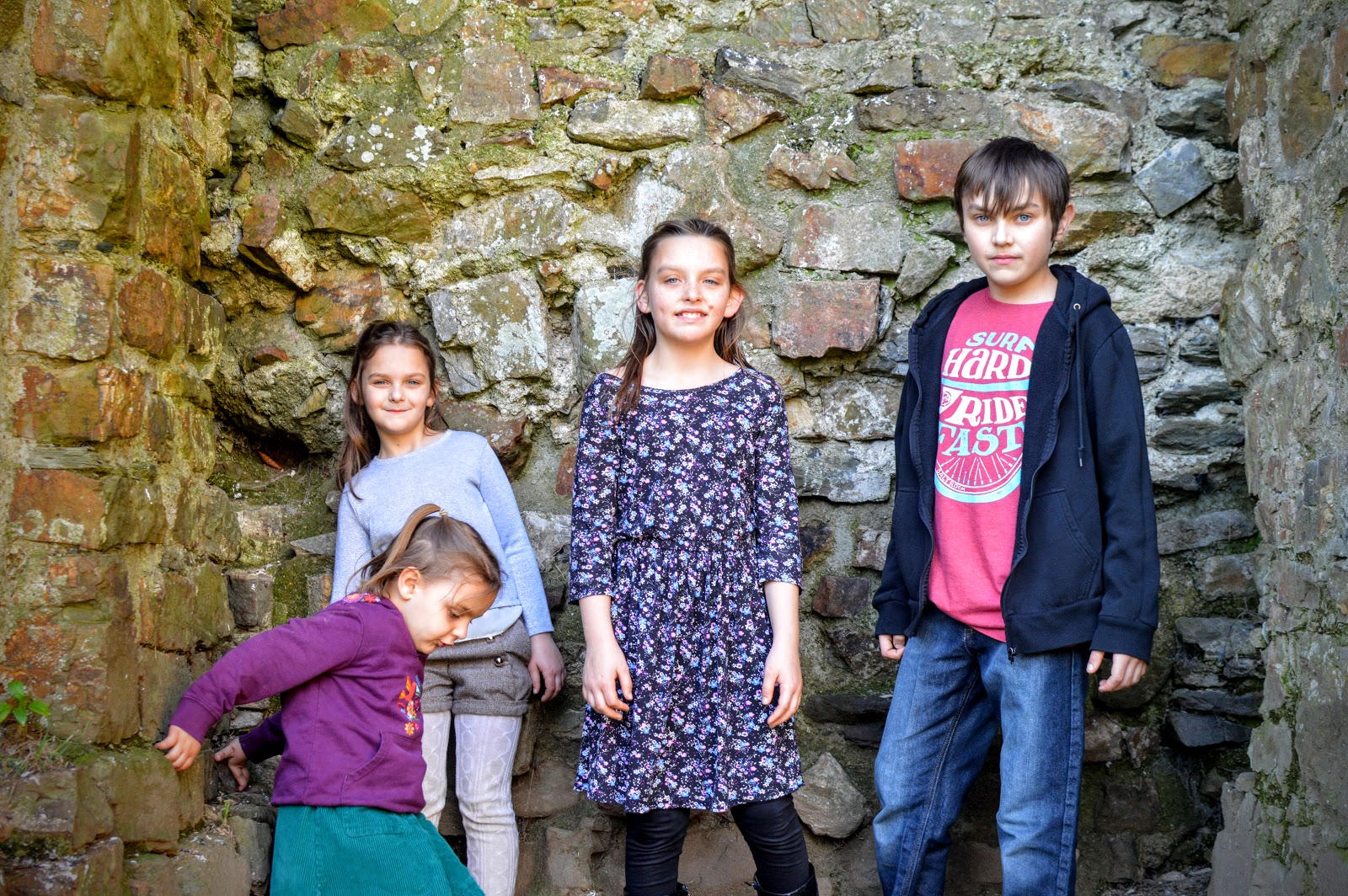 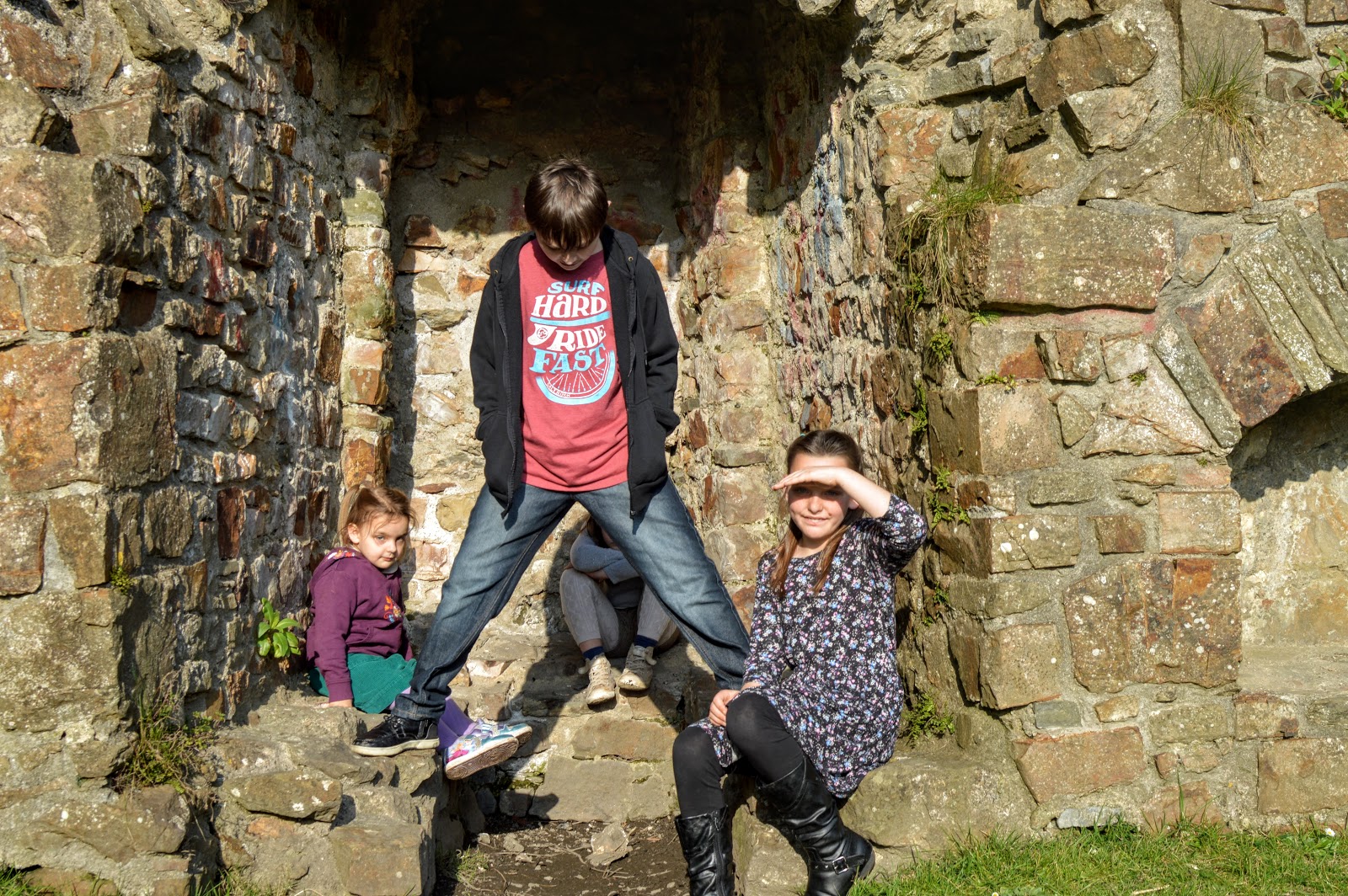 I like this but poor Caitlyn is hidden from view! 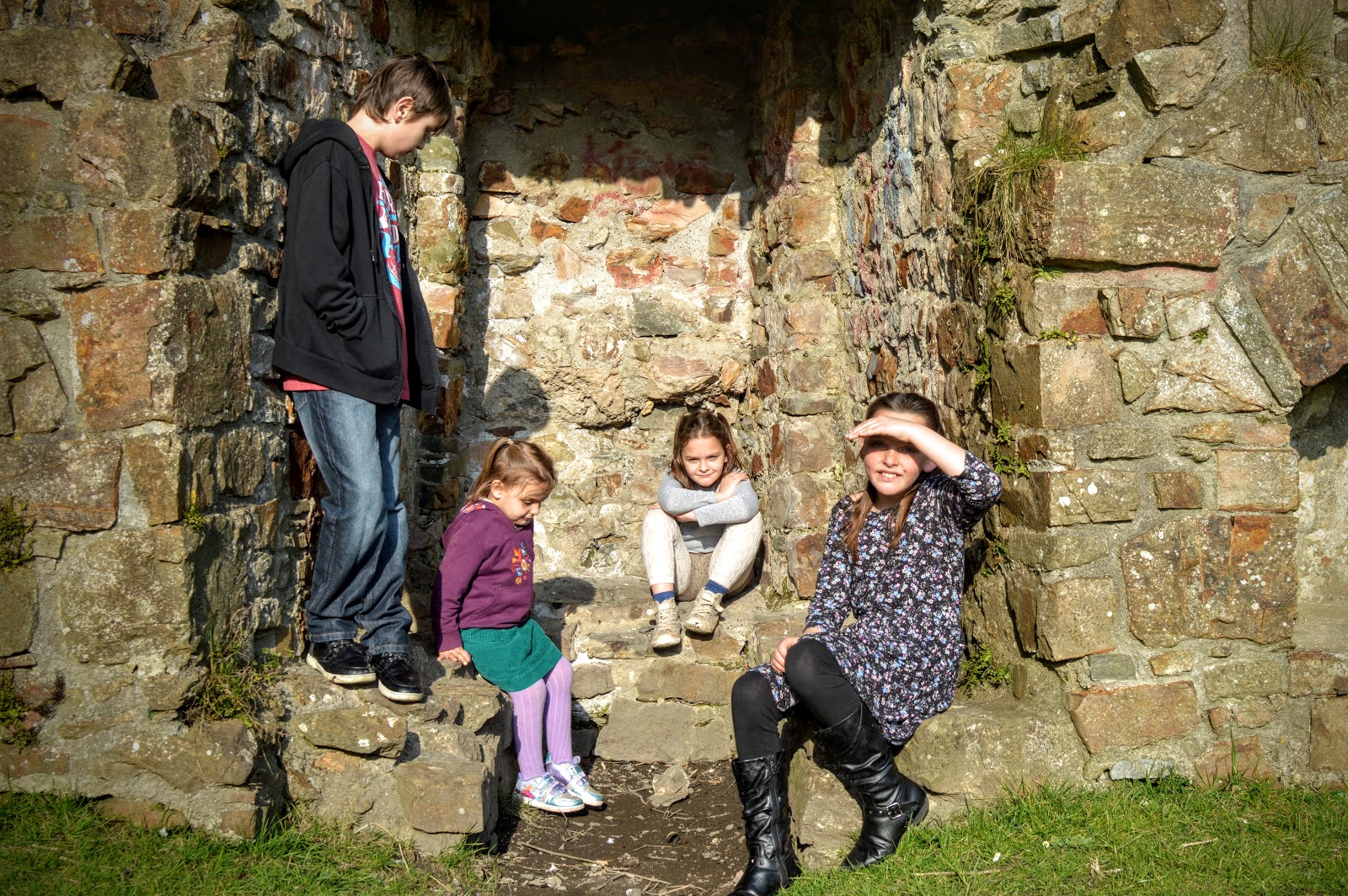 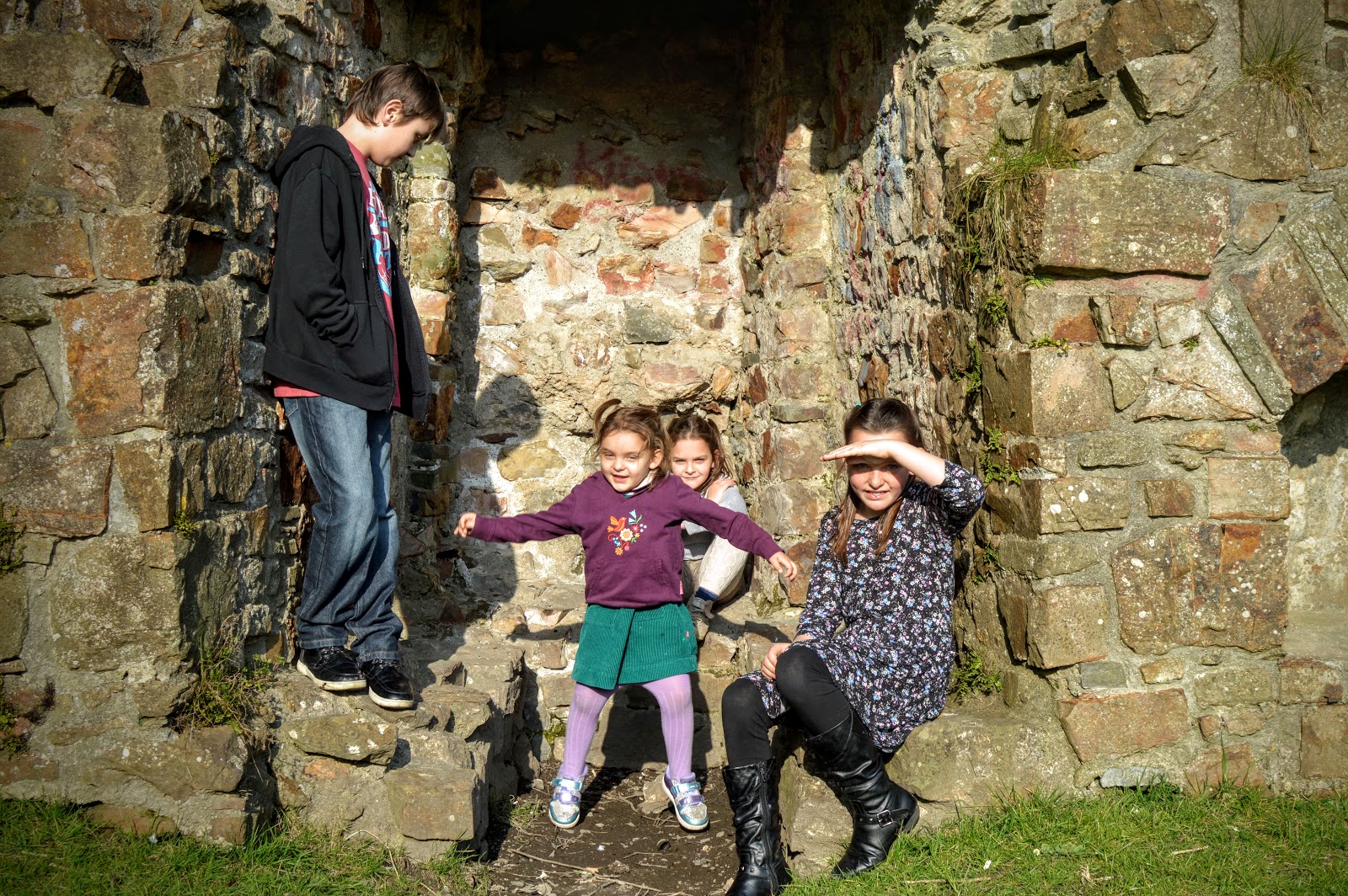 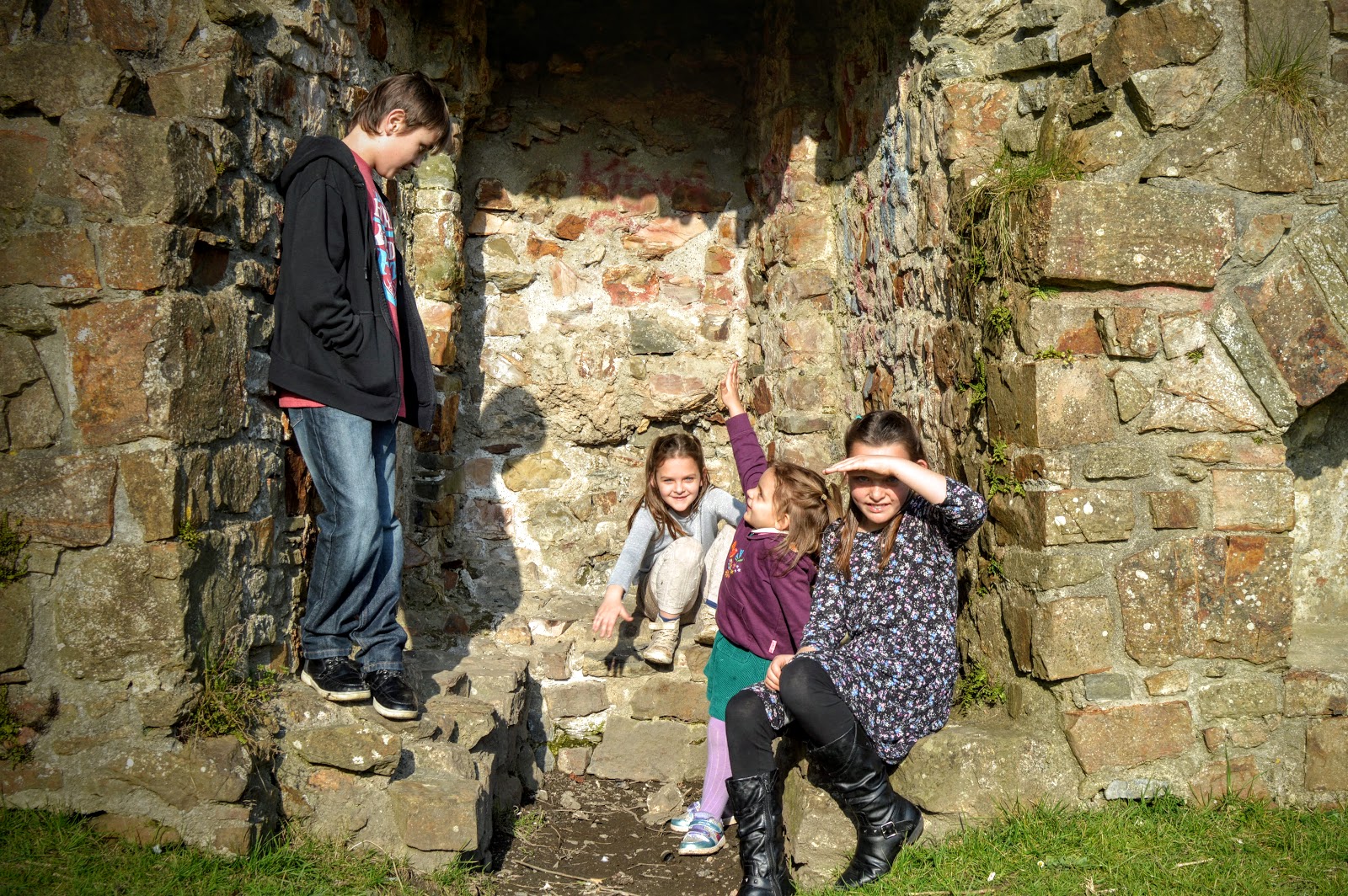 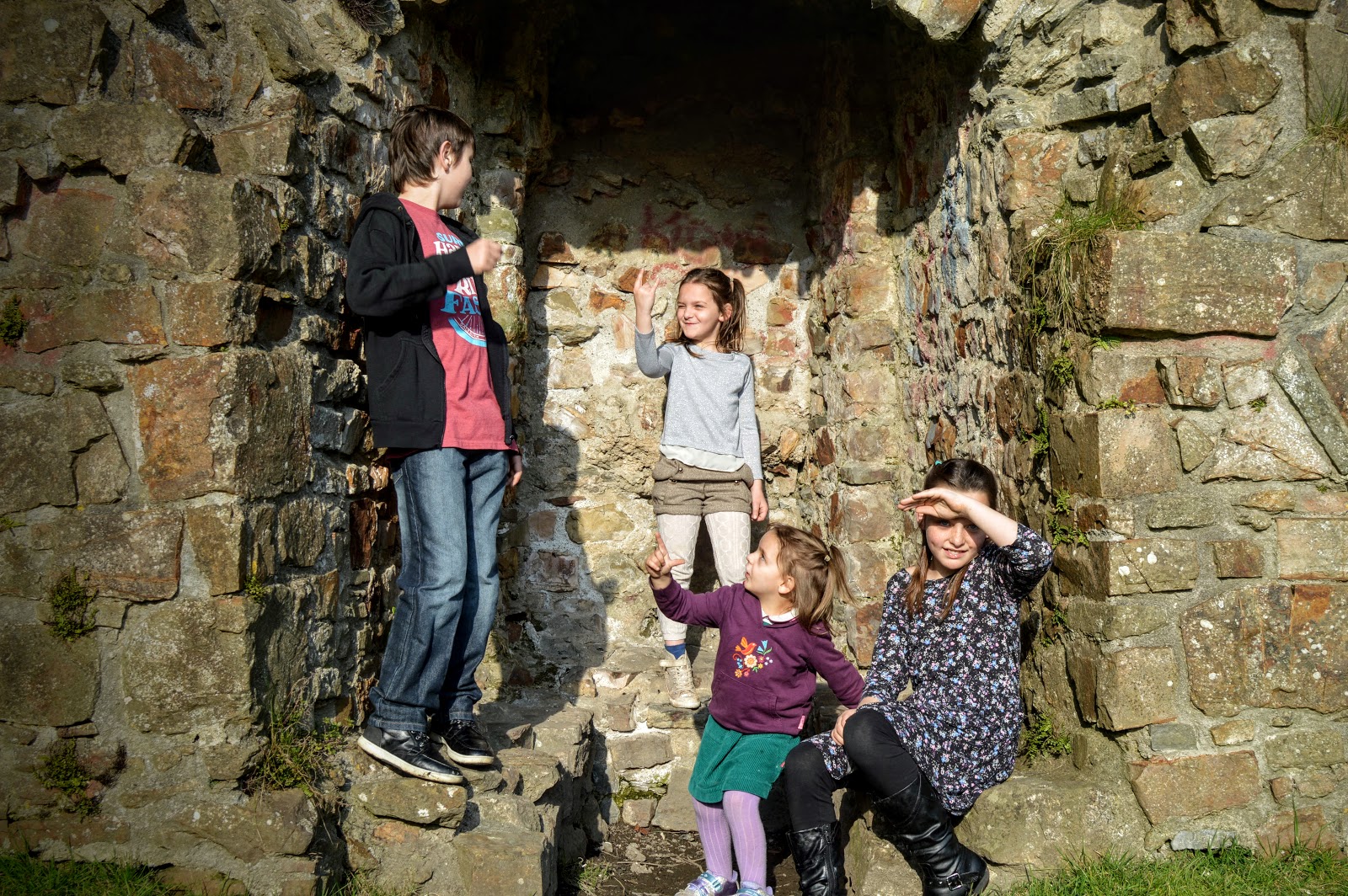 I love the natural shots as the kids tire of “posing” and just chat and try to make “rock on” signs at each other. 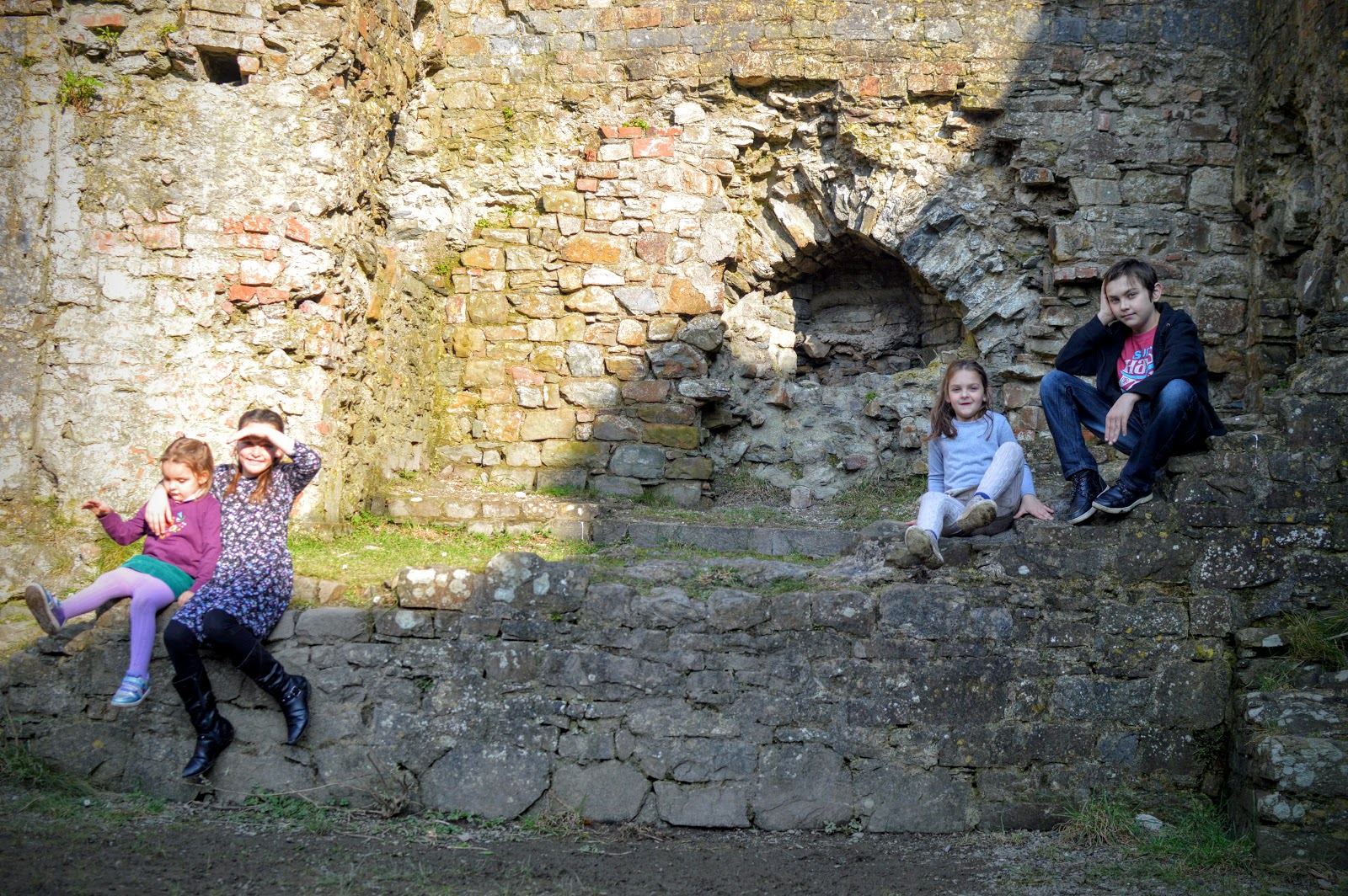 As they moved around the castle, I attempted some more photos but as you can see Danny was tired out so I stopped while I was ahead. 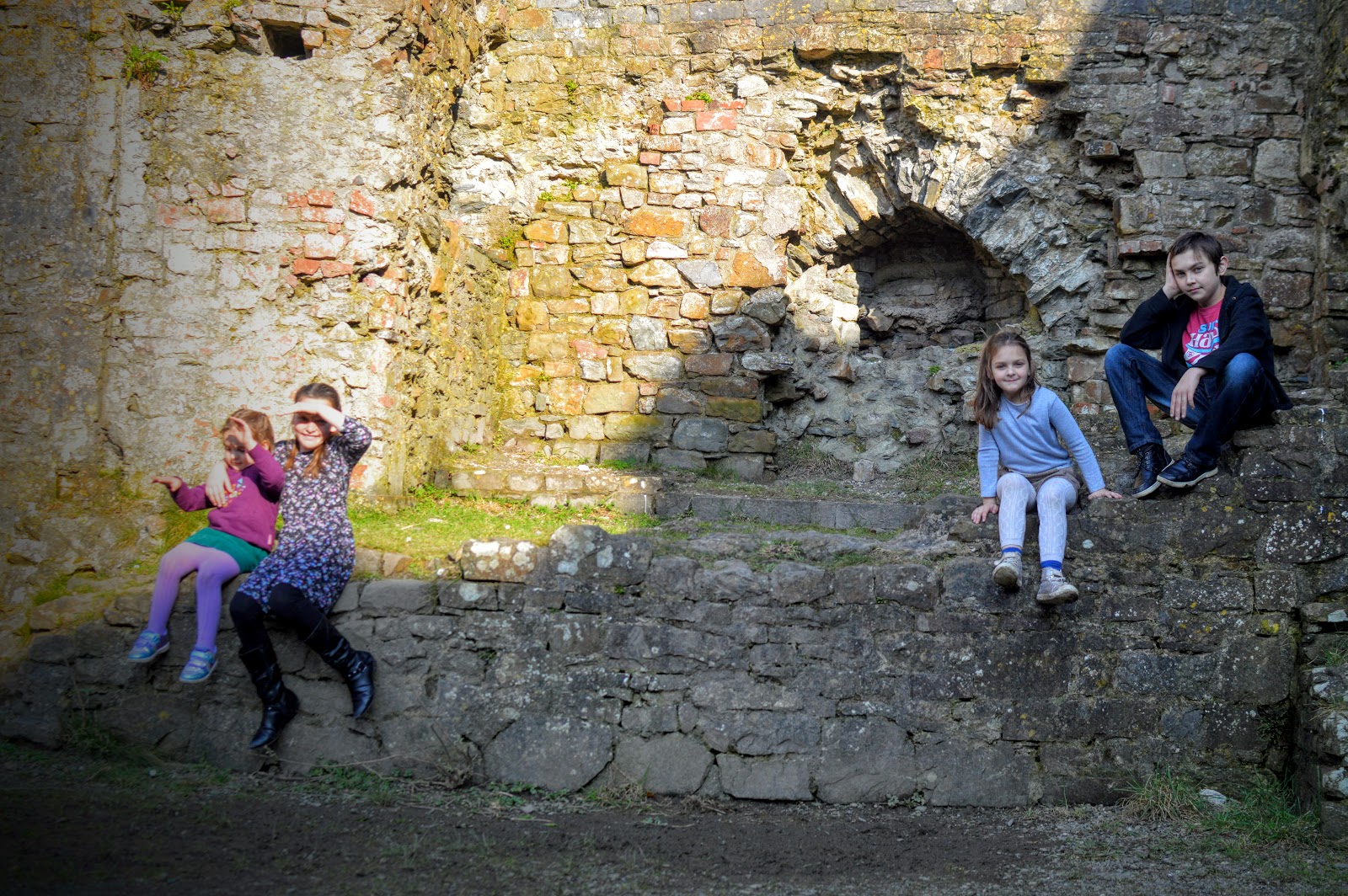 My heart sinks a bit as I realise that next month is April and the month of Danny’s next heart operation.   I’ll have to take our siblings photos early and by the time I publish the next set my siblings will be temporarily “broken up” for a short time.  That part is going to be hard for all of us especially as it’s also Danny’s birthday. 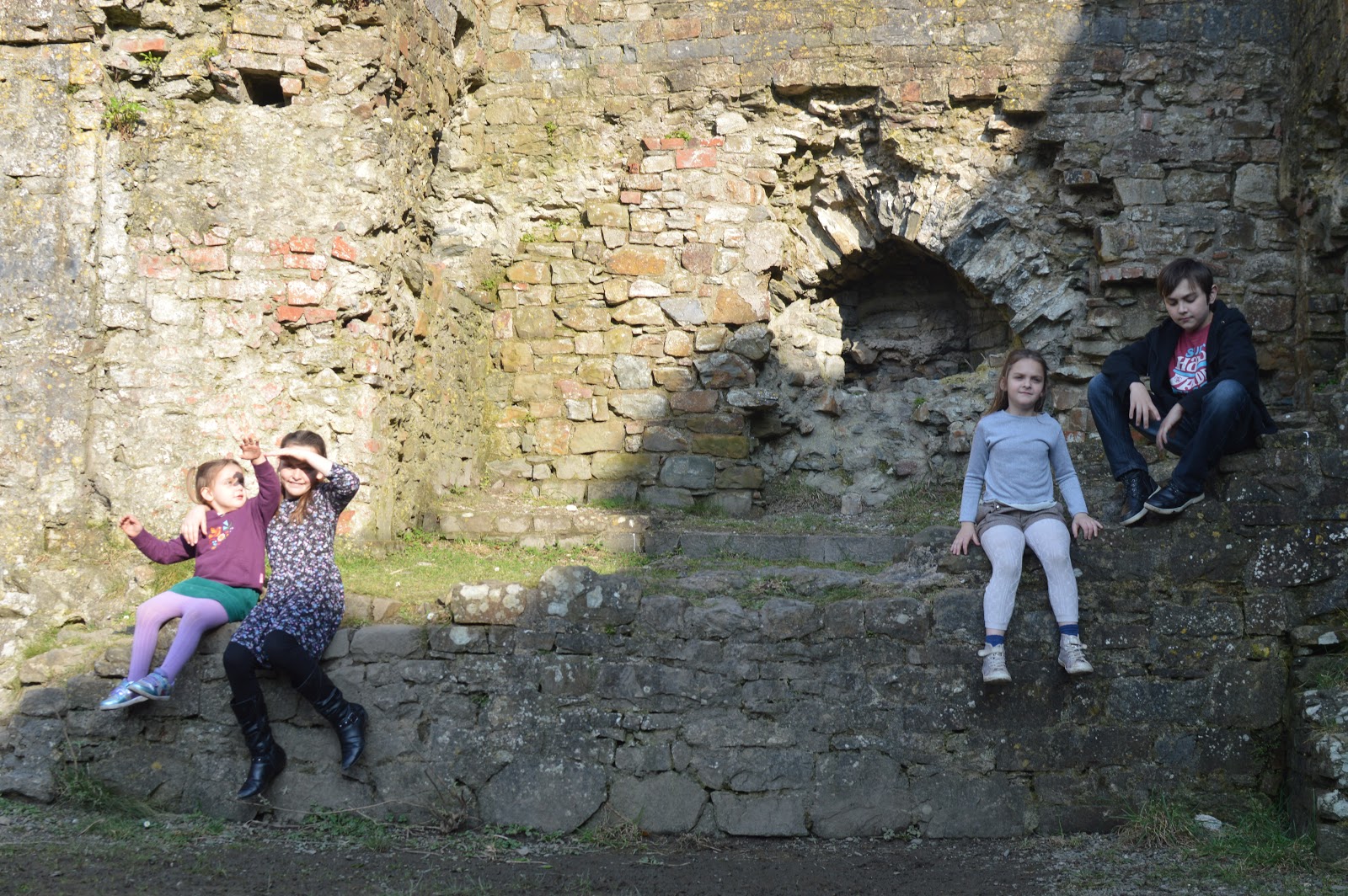 As much as they (and we all!) argue, we love and care for each other and will miss each other lots.  I’m glad in a way that the kids are being “split” into pairs so they will all still have a sibling to support them through this.  Isabelle and Caitlyn will be together with Nanny while Rebecca will be with Danny and us in Birmingham.

Aunty Ceri will also be in Birmingham to help with Rebecca and make sure she gets some time off away from the hospital.  I explained to Danny that although Rebecca would be there, if he’s in pain or needs to sleep Rebecca can go off with Aunty Ceri to let him rest.  He replied that he’d like Rebecca to be with him the whole time for company if possible as he feels better when she’s with him.  They all look up to their big brother, but I hope they know that he looks up to them too.  We will never forget that his first smile post third surgery was reserved for Rebecca.  He was in so much pain, that smile was a huge relief for us all to see.


Then once we’ve got through April, we’ll look forward to a celebratory Siblings in May when my little ones will be all back together again  with each other where they belong.