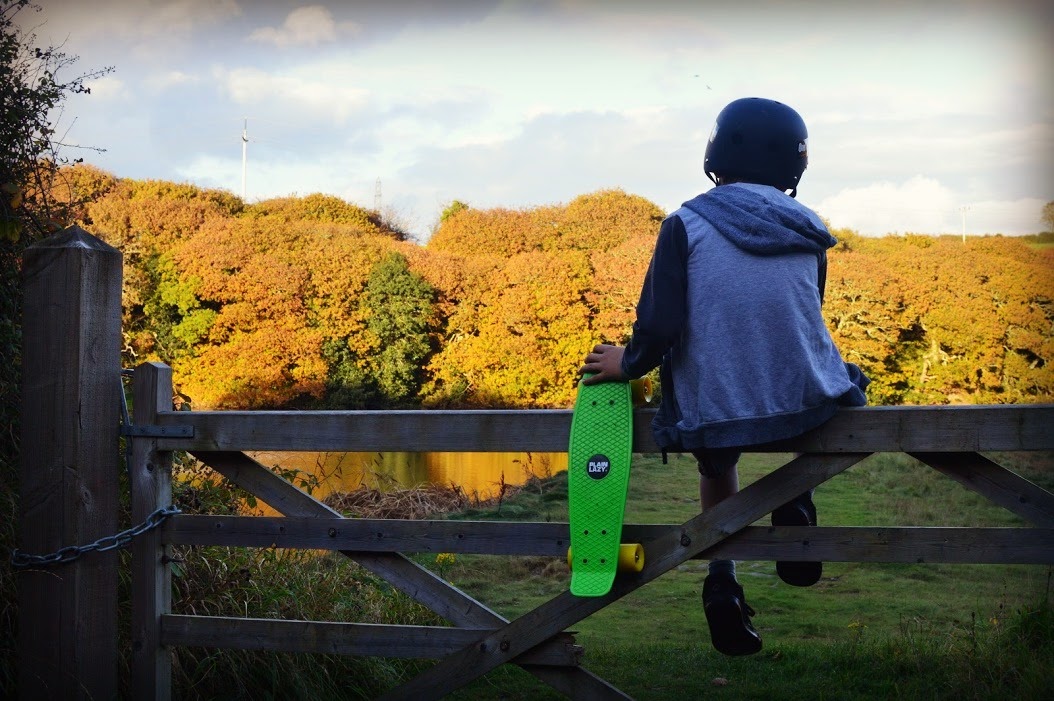 If this blog post had been written two weeks earlier, it would have been christened with a very different title.


The first posts that I mentally wrote while rushing around on school runs all began with one word titles such as- Overwhelmed, Floored and Breathless. 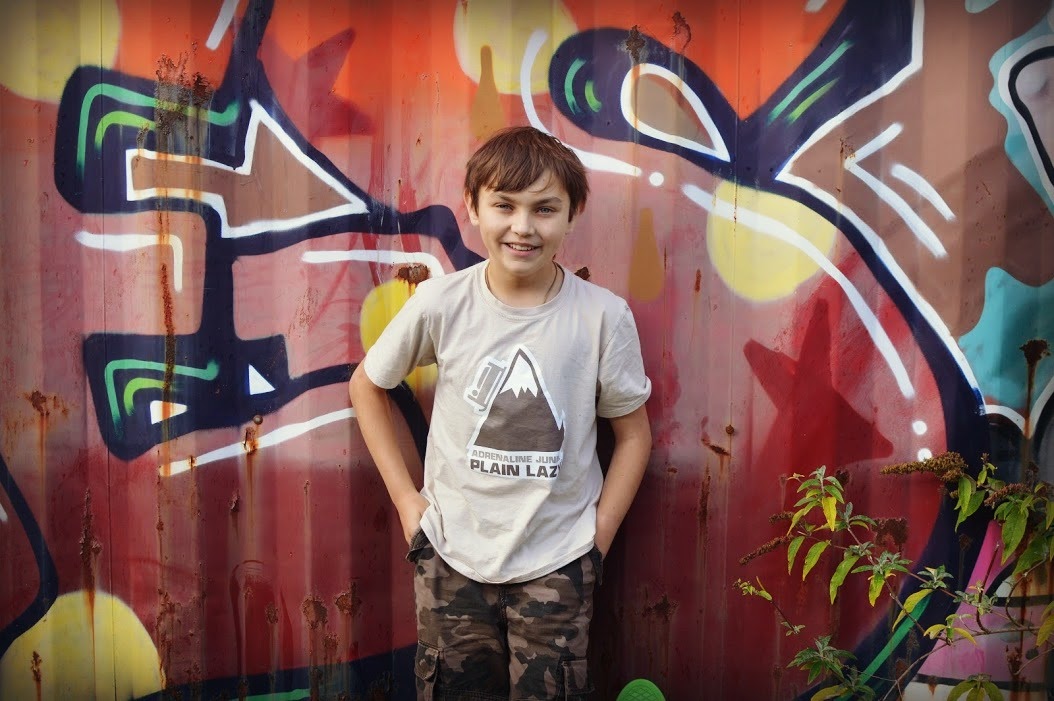 Since Danny’s third and most recent heart surgery we have always known that he would need more work on his heart.  He was born with a  heart condition that is incompatible with life, Hypoplastic Left Heart Syndrome.  His heart cannot be fixed, only “replumbed” and perhaps eventually replaced.  We knew that he was waiting to gain a certain weight to need his stent enlargement. 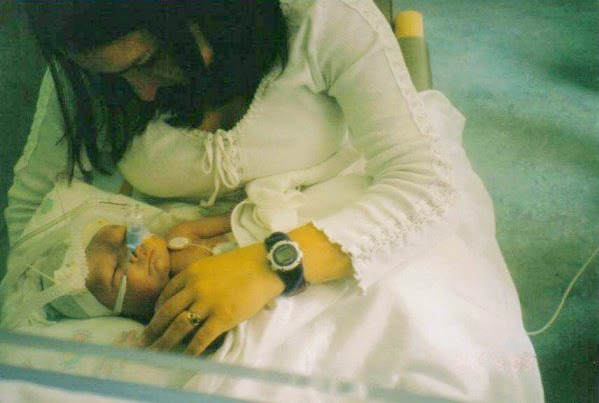 As the years have gone on we’ve been granted a long run of years without the need for medical intervention, apart from check ups and medication.  We’ve managed to live quite a few years as a “relatively” normal heart healthy family.  I realise how lucky we are and we never take it for granted.  But still when they told us that Danny is now at the required weight, suddenly the “elephant in the room” started charging towards me.  I flash backed to the days when hospital living was our norm and then flashed forward at all that we still have to face over the future years.


I still thought we might have had a few months before the next surgery became a reality.

Then the letter came.


One day during half term, our post arrived.  Immediately I spotted one stamped with the Birmingham postcode.  I knew.  Part of me thought to go into a room away from the kids or to wait until Dave was home to open the letter, but rightly or wrongly the irrational side of me couldn’t wait.


I opened it and my fears were confirmed.  It was the letter arranging hospital admission for Danny’s stent enlargement.  I  scanned the whole letter before reading it properly to absorb as much information as quickly as I could.  Despite expecting this letter, I knew it would still be a shock, however when it hit me that this procedure was scheduled for 18th April 2016, my boy’s thirteenth birthday, I was completely floored.


I feel so guilty for what happened next as I just burst into tears in front of all the kids.  This was one moment when I couldn’t be strong, I couldn’t hide my emotions at all.  As well as crying for all of my own reasons, I felt so much guilt crying when it is Danny that has to go through the hardest part of all.  He came to me and comforted me when I should have been there for him.


He said, “Don’t worry, I am going to survive my thirteenth birthday, I promise.” 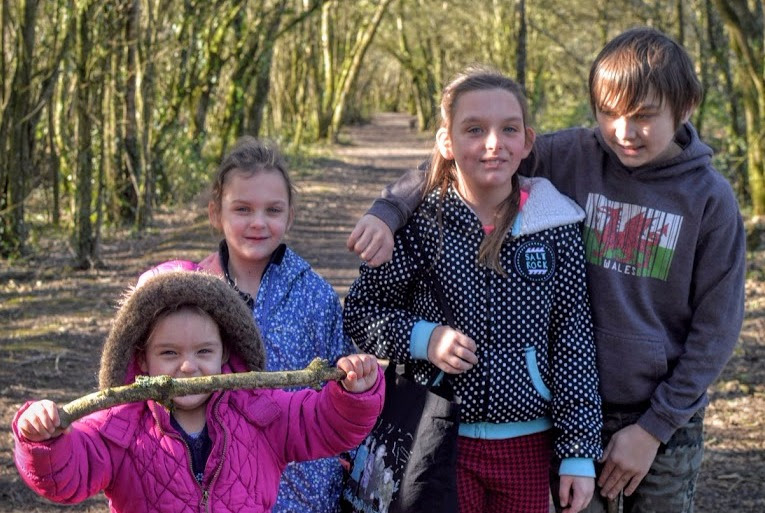 I reassured him that I know he will be OK.  We have to be positive.  I tried to explain why I was so upset by the way he would be spending his thirteenth birthday.  Every reason I told him, made me sob more as the realisation hit me.

“You shouldn’t have to go through this on your thirteenth birthday.”


“You’ll feel pain on your birthday.”


“You won’t get cake on your birthday.”


“You won’t see your friends, all your family, we won’t even be with your sisters…”.


I know this might make me sound like a terrible person saying all these things to him, when I should have been the one putting a positive spin on the whole birthday operation thing but at the time I was trying to reassure him that I wasn’t worrying about him “not surviving” and to do that I needed to be honest.  I suppose I needed to get all of the negative out before looking positively.


He kindly laughed with me for each reason I gave him and offered me reassurance.  Our roles were reversed.


“It’s okay, I’ll celebrate my birthday after the operation when I’m better.”


“I’ll be sleeping and have lots of medicine  to help me through the pain.  I’m strong enough to take it.”


“I don’t really like cake anyway.” (True, he’d much prefer a bowl of fresh chillies!).


I shared his strength and took some clarifying breaths.


“Yes, we’ll celebrate your birthday with family and friends before we go away to Birmingham.”


” We’ll also celebrate as much as we can while in hospital.”


“We’ll have a big party when you’re home and well enough to celebrate you being better.”


I still couldn’t stop crying though and admit the tears are coming again now as I’m writing this.


I had to share the news with Dave, but it took me a while to get enough breath and composure.  Once I did ring him and manage to tell him the date, “Oh, what?!” my tears came again, so he said we’d talk once home.


We wanted to tell as many of our family in person as we could so I told my sister Jo when I popped round her house, then Mum when she was home from work.  Realising, I wouldn’t see Ceri in person for a while,  but Mum and Jo were seeing her that evening, I asked them to pass on the message to her and I have seen her myself since too.


Then we went around to see Granny, Grampy and “the Greats” to tell them. 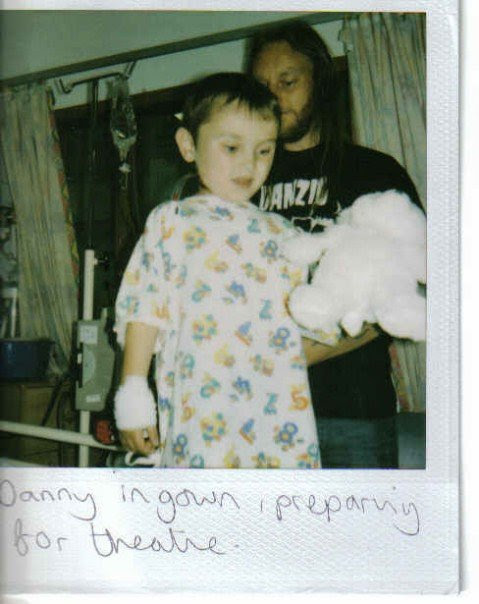 The one thing that’s helping everyone to get through this is knowing that Danny is okay about it all.  I think if he was upset that this was happening on his birthday, then we’d all feel much worse.  But as always he takes it in his stride.  For him, it’s the norm, he doesn’t know a life without his heart condition. 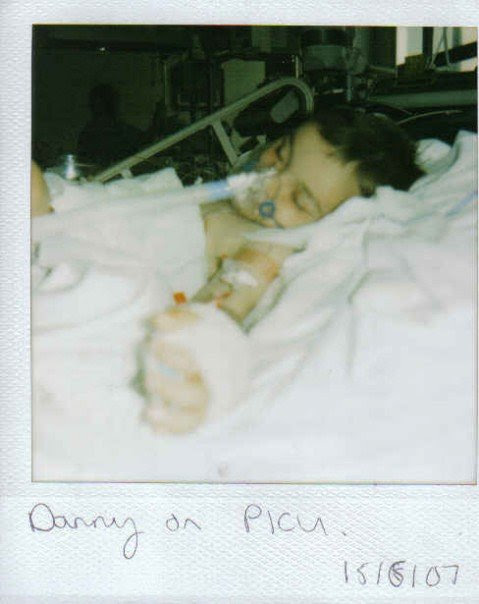 A week or two later I sway from feeling calm and in control over this, to dazed and overwhelmed again.  There is of course a lot to do in preparation for going away but normal life doesn’t stop, in fact it just seems to throw more at you during these times.  As I’m ticking one thing off my “To do” list, I’m adding ten more.  I want to be thoroughly prepared and organised so we can enjoy our time with Danny before the op, so we can have time to think and not feel that this date comes hurtling towards us before we know it. 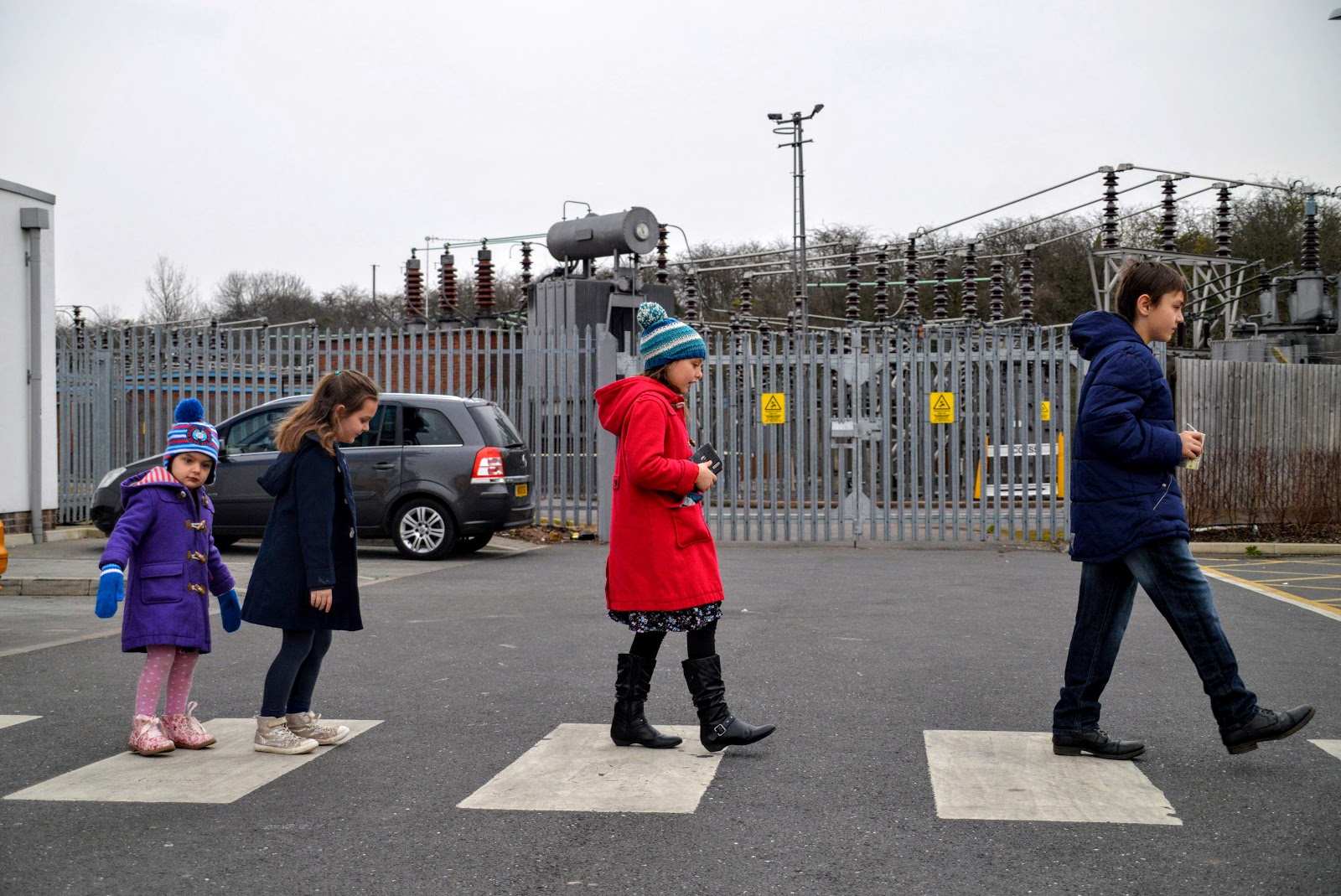 We are so grateful that we had the chance to enjoy a family weekend at Drayton Manor last week.  It was great to have a worry free few days of fun. 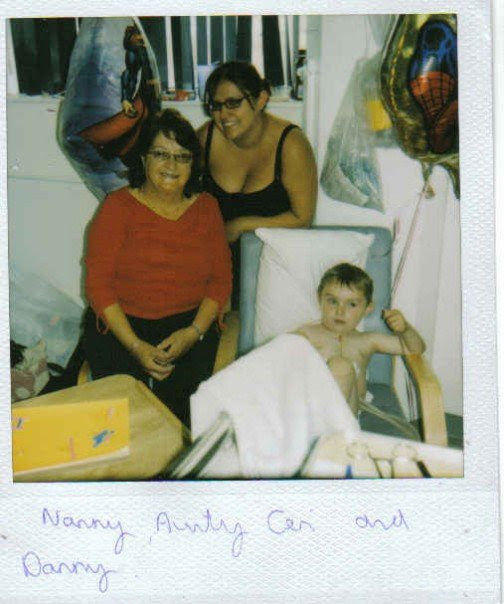 We are so lucky that we are not alone in this.  They say that to raise a child it takes a village and maybe  they should say that to raise a heart child it takes a city.  As soon as we told everyone the news, we’ve had offers of help.  Mum and Ceri immediately booked time off work to help us with Rebecca, Caitlyn and Izzy.  Andy has also offered to take time off to help with lifts to school etc.  Granny, Grampy and Jo have offered to look after the kids for us.  I know friends, school and clubs will play a big part in our next few months too, as will surgeons, doctors, consultants, nurses and LHM. 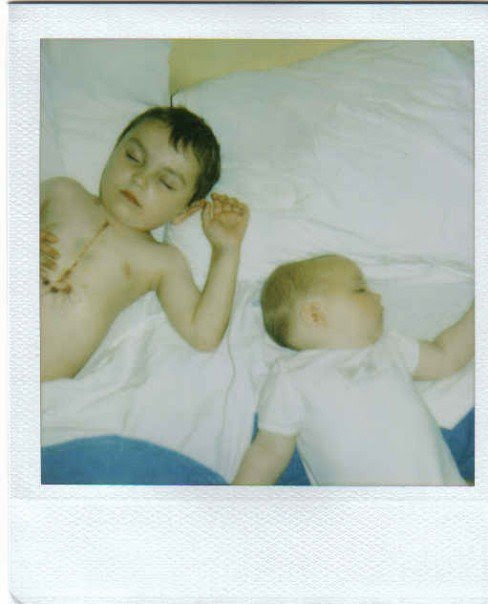 I’ve been waiting for more printer ink to arrive to send copies of the letter to each of the schools involved over this time.  The girls have started to tell some of their friends and clubs as they told me tonight that Brownies will be making a card for Danny (Shh!  It’s a secret, but isn’t that the sweetest thing?).  We have to tell Danny’s clubs too.


Rebecca may be with us in Birmingham (with Ceri and Lexy there too) as she was already coming up to the Little Hearts Matter Open Day with us which happens to be the day before admission.  I think she will be good company for Danny as he recovers. 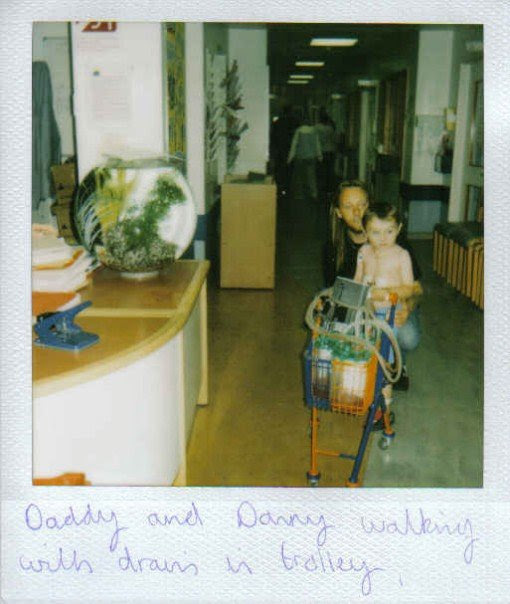 I need to sort the dentist pre check, hotels, money, what we need to pack, how to prepare Danny and his sisters?   I’ve been in touch with Little Hearts Matters   to ask for advice on how to prepare a 12/13 year old for this.  When he was younger, he had Play Therapy in Cardiff, we bought the hospital Play Mobil and all the “Going to Hospital” books  that I could find on Amazon, but this is all too young for him now.  LHM suggested him seeking support in the Youth Facebook group but officially he’s too young to join until the day of the op- although I’m sure he’ll be signing up as soon as he’s recovered and back on his phone again chatting to his heart friends!  I will use all of our old resources for his younger sisters but if anyone has any advice or resources for preparing teens then please let me know.  Of course we will counsel him as best as we can too. 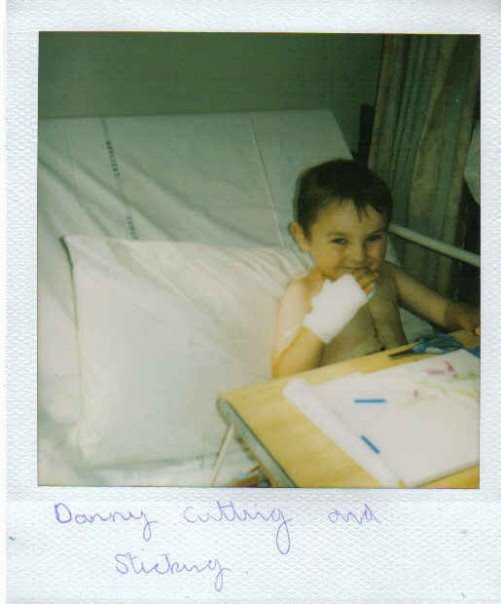 Last time, we made a scrapbook and took Polaroid photos as one of our projects while we were in hospital and I think we’ll do the same again this time.  We’ll also prepare lots of music, films and books for him.  I expect we’ll be sent some school work and he will attend  “hospital school” on his well days too.  I’ll have to look for somewhere to buy a “13” balloon while we’re there to tie to his bed.


Pre Birmingham Birthday Celebrations need to be arranged too as my boy deserves to celebrate a really lovely birthday just as every child does. 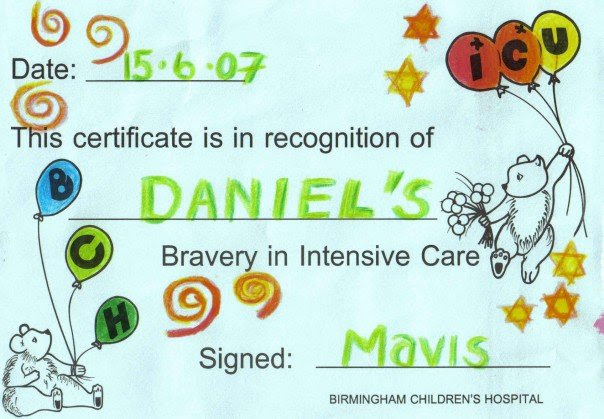 We’re all so proud of how brave and strong he is and how he continues to face life with this heart condition.   Now, I’ve been at my lowest and shown my weakness I can be strong for him as I usually am.  Dave is always amazing during these times and will do anything for his boy and his family.  We’ve been through far worse than this three times before.  This time it’s a simple procedure with lower risks.


His birthday is just another day.


He will get three special days instead of the one.  He’s also told me that he’s secretly hoping for more presents too showing that at times he does get the chance to think like a typical soon to be thirteen year old boy…