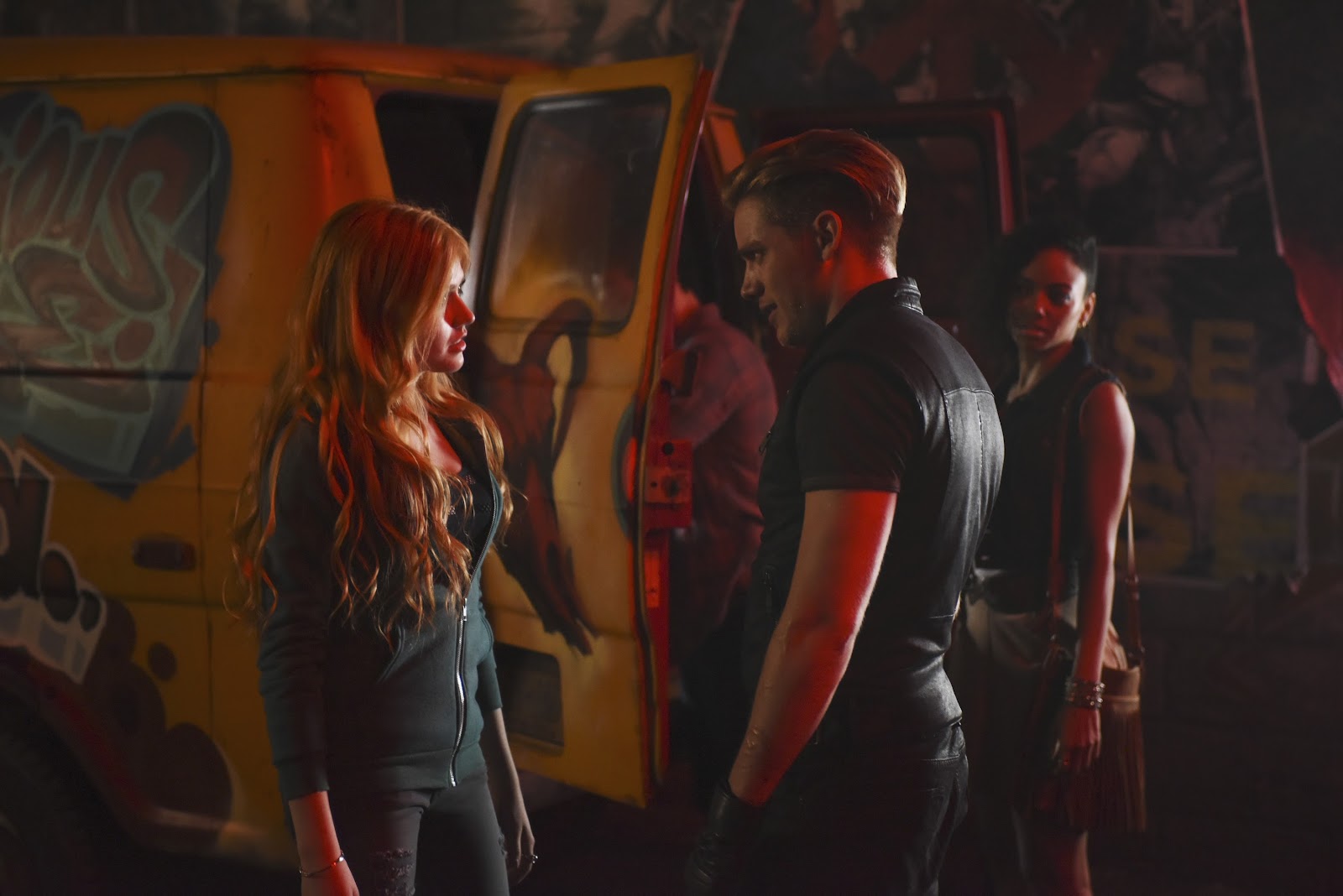 Danny has been watching a new series on Netflix called Shadowhunters.  It’s based on the Shadowhunters:  Mortal Instruments books written by Cassandra Clare.  As soon as he watched the first episode he asked me to buy him the books so City of Bones (The Mortal Instruments Book 1) has been purchased.  I love it when the screen encourages kids to read more.

The Shadow World is a complicated place, especially for teen Clary Fray who has just discovered she comes from a long line of Shadowhunters. If you’re new to the show and haven’t read the books, the lingo can seem complex. Here are 8 ‘must know’ phrases to ease you in!

Shadowhunters – Half human, half angel hybrids sometimes referred to as Nephilim. These warriors are responsible for hunting demons, protecting humans and keeping order in the Shadow World

Downworlders – Half-demonic creatures such as warlocks, werewolves and vampires who live in the Shadow World. They have human souls and live alongside Shadowhunters

Mundanes – Mere mortals who do not have the ability to see the Shadow World. They are referred to as “Mundies” for short

The Clave – Collective name for the political body of active Shadowhunters. It is the Clave’s duty to protect the helpless, safeguard humanity, and ward of evil on Earth

Runes – Symbols used by Shadowhunters to grant supernatural powers or protection. They can be drawn onto any surface and are often tattooed onto their skin before fighting demons.  The older or more experience a Shadowhunter, the more Runes they will have on their body

Seraph Blade – A slim blunt tube that once activated transforms into a sharp, clear glowing hilt. Each blade is named after an Angel and is activated when the name is called. Shadowhunters use these in battle

The show launched on 13th January and is available weekly. The next episode is available from Wednesday 27th, plenty of time to brush up on your Shadow World knowledge!

We are part of the Netflix Stream Team