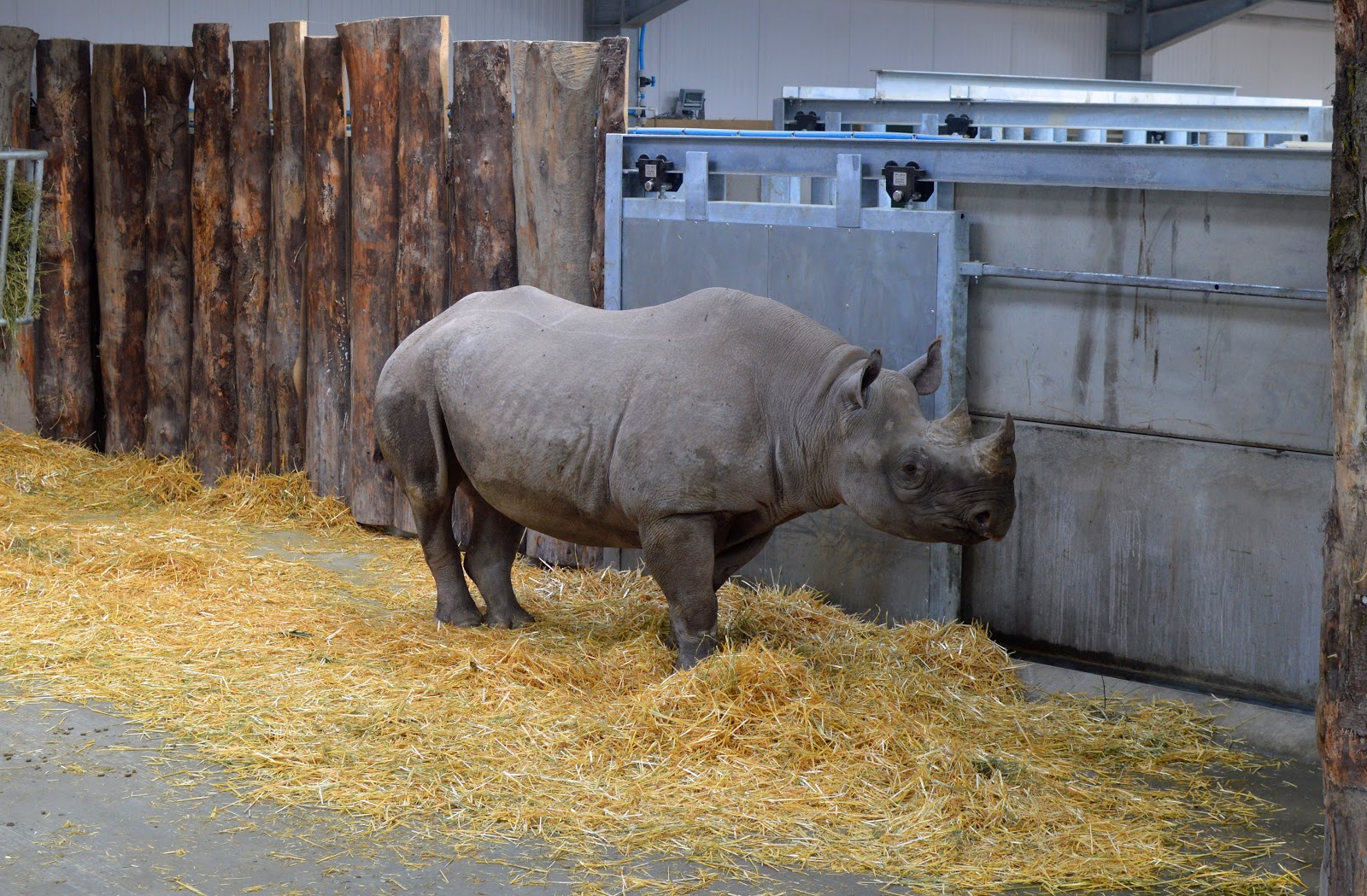 Today, Folly Farm welcomed the first Eastern Black Rhinos to Wales and from tomorrow, Saturday 24th October, the enclosure will be open for all Folly Farm guests to enjoy.  The first Welsh herd currently consists of one male, named Nkosi, and one female, Manyara. A third female will join the group shortly, making the trio a breeding herd. 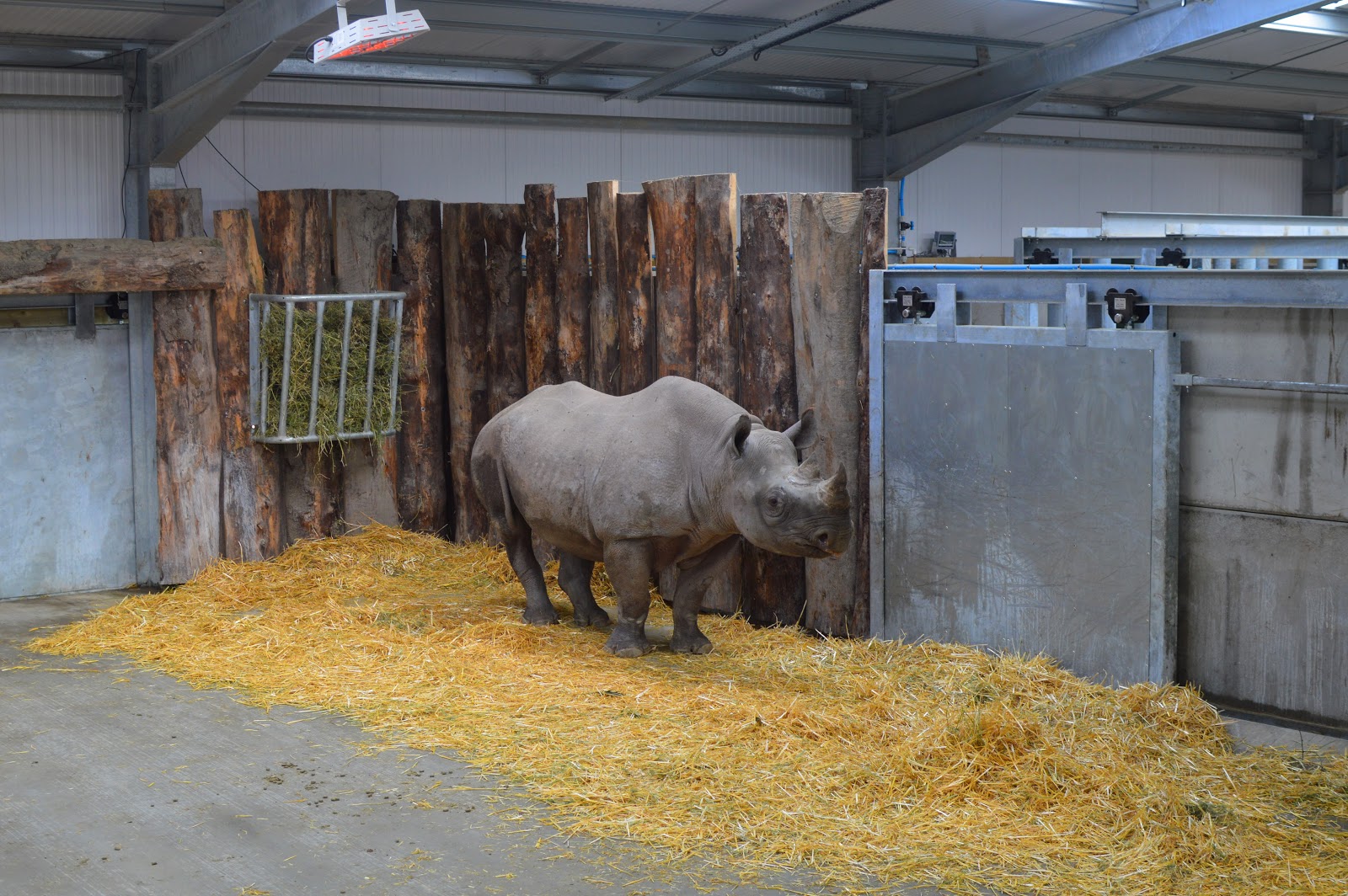 The rhinos have made the Kifaru Reserve – a £500,000  five and a half acre, purpose built paddock – their new home, which features a bespoke house that includes four indoor facilities and straw beds for them to sleep on.   These photos show Manyara in her paddock.  She has settled in well and we saw her enjoy eating some carrots. 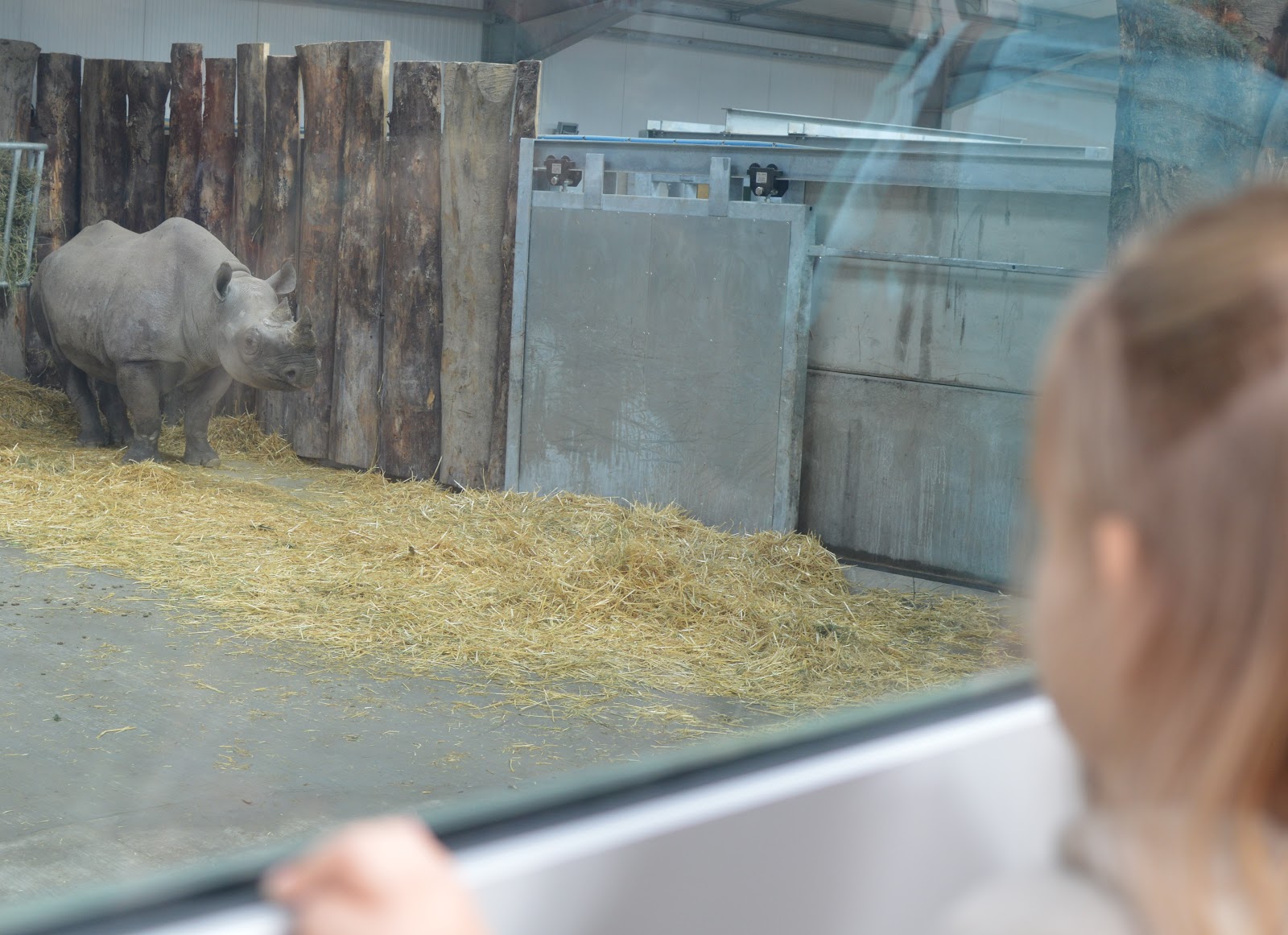 Apart from mother and calf, rhinos are solitary animals and generally don’t enjoy the company of other rhinos, the Kifaru Reserve has separate interlinking rooms, allowing them to be moved around easily. 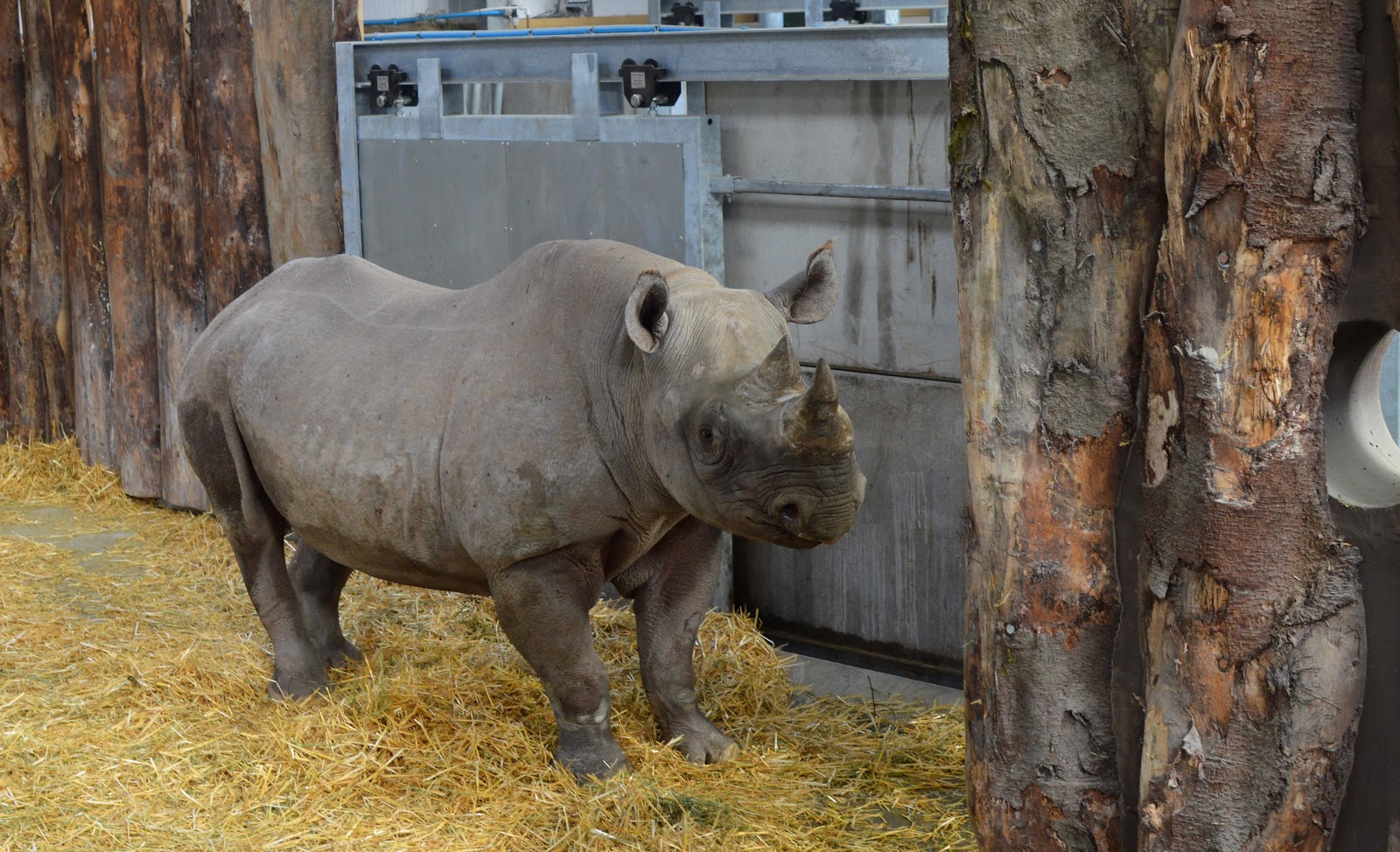 The new enclosure will be a flagship exhibit to tell the story of the role of modern zoos in conservation and will highlight Folly Farm’s hands-on commitment to conservation through the projects it supports in the wild and closer to home.


Folly Farm Zoo Manager, Tim Morphew, explained that they first began thinking about keeping Rhinos at Folly Farm over eight years ago and were approached by the European Breeding Programme two years ago regarding “the possibility of us housing a breeding group – it was an opportunity that was too good to miss.”


He continued, “When we started developing the zoo at Folly Farm twelve years ago we could only have dreamed of being approached in this way. It is testament to our growing reputation for delivering world class zoo enclosures and exemplary husbandry that we are now being given this fantastic opportunity to hold one of the most high-profile critically endangered species.”

“We’ve all been looking forward to the black rhinos joining our Folly Farm family. They’re such majestic animals, and it’s a real privilege to be given the chance to work with them.

“We’ve travelled to several zoos in the UK and even across the world to learn from other keepers who look after rhinos. It’s going to be a new experience for all of us, but now they’re here we can really start to get to know their individual personalities.” 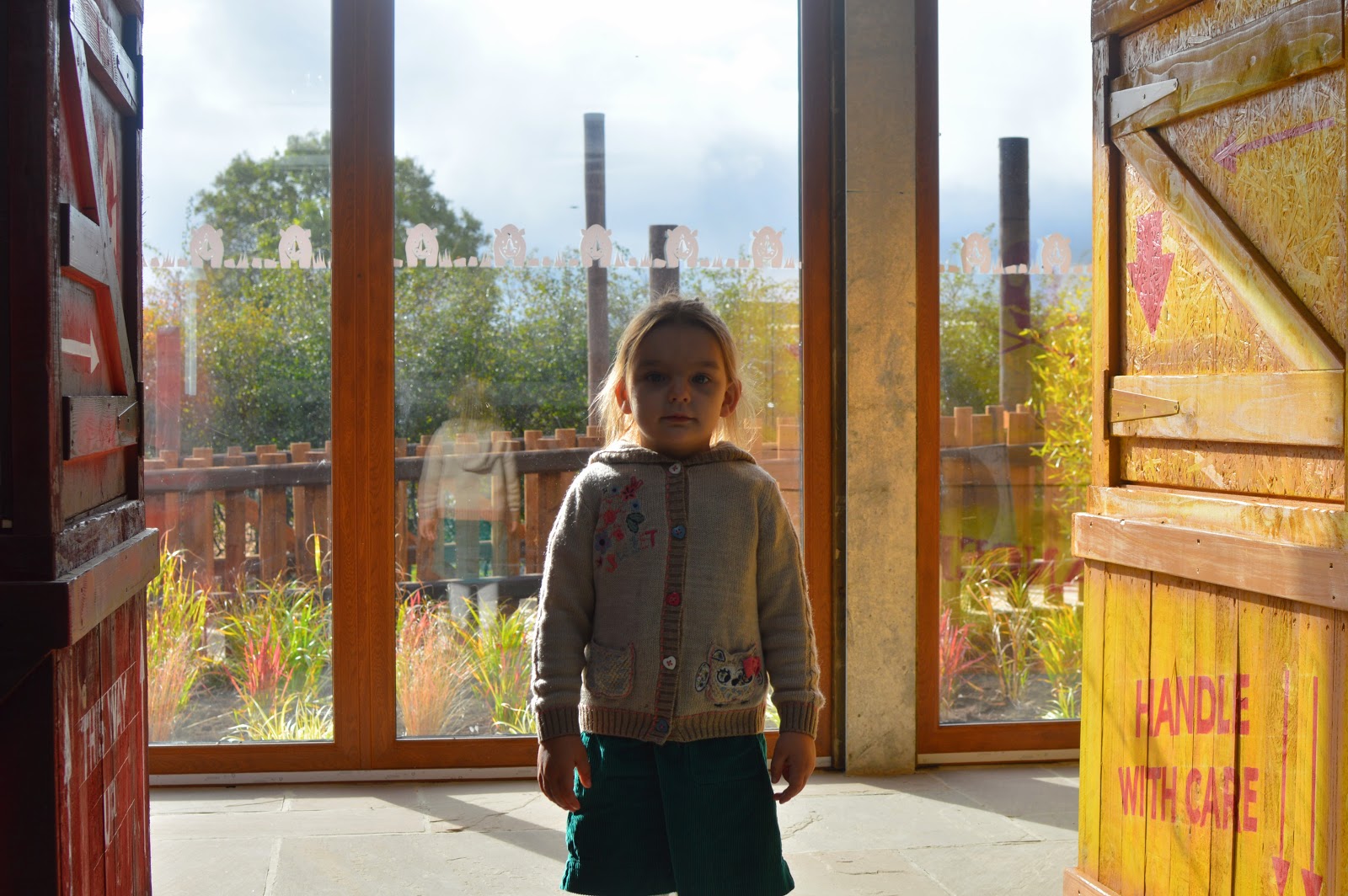 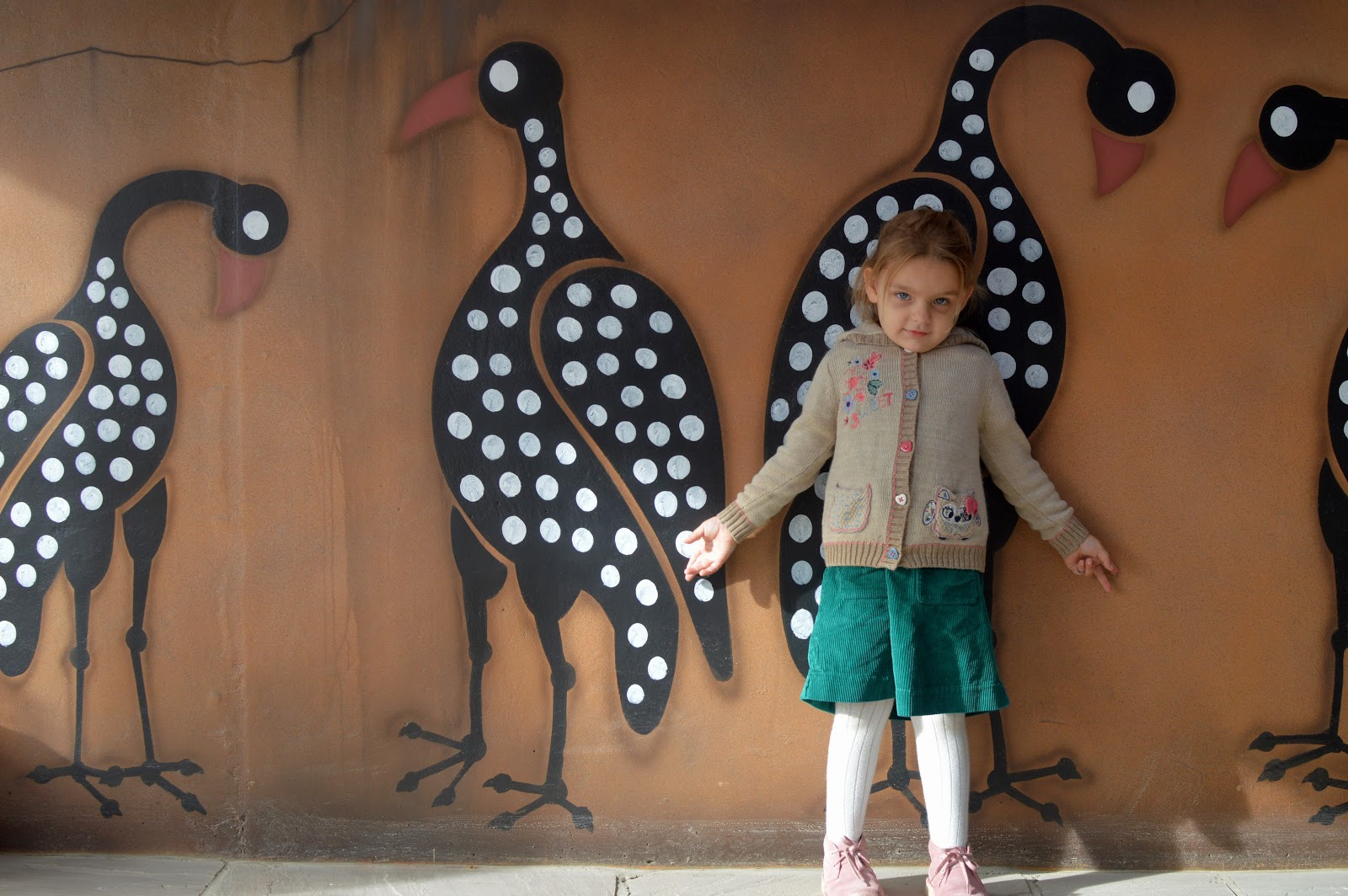 The name of the enclosure comes from the Swahili word for “rhino”.  The enclosure is decorated with African inspired and wall art with music played throughout to set the scene. 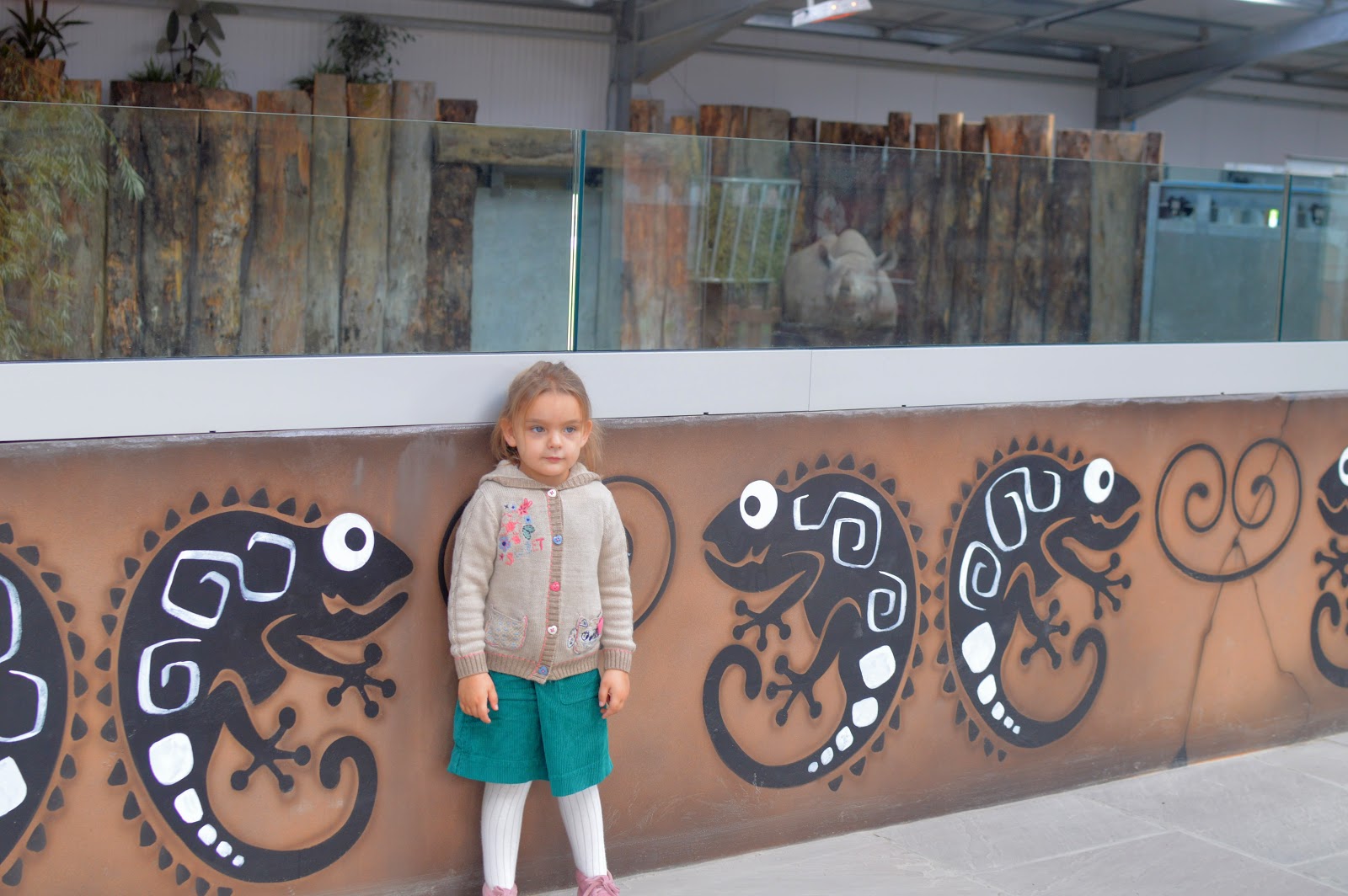 It’s behind you, Isabelle! 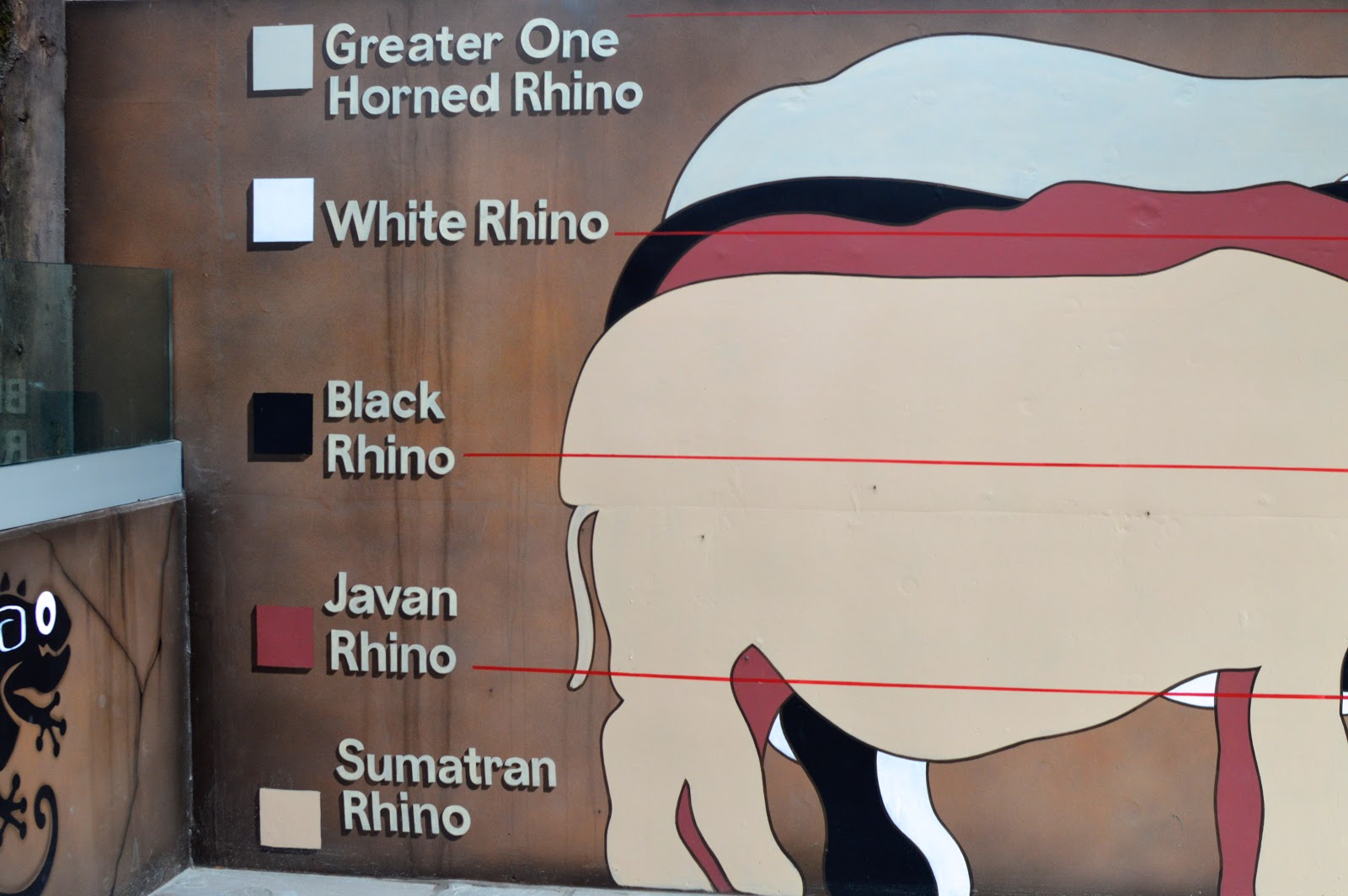 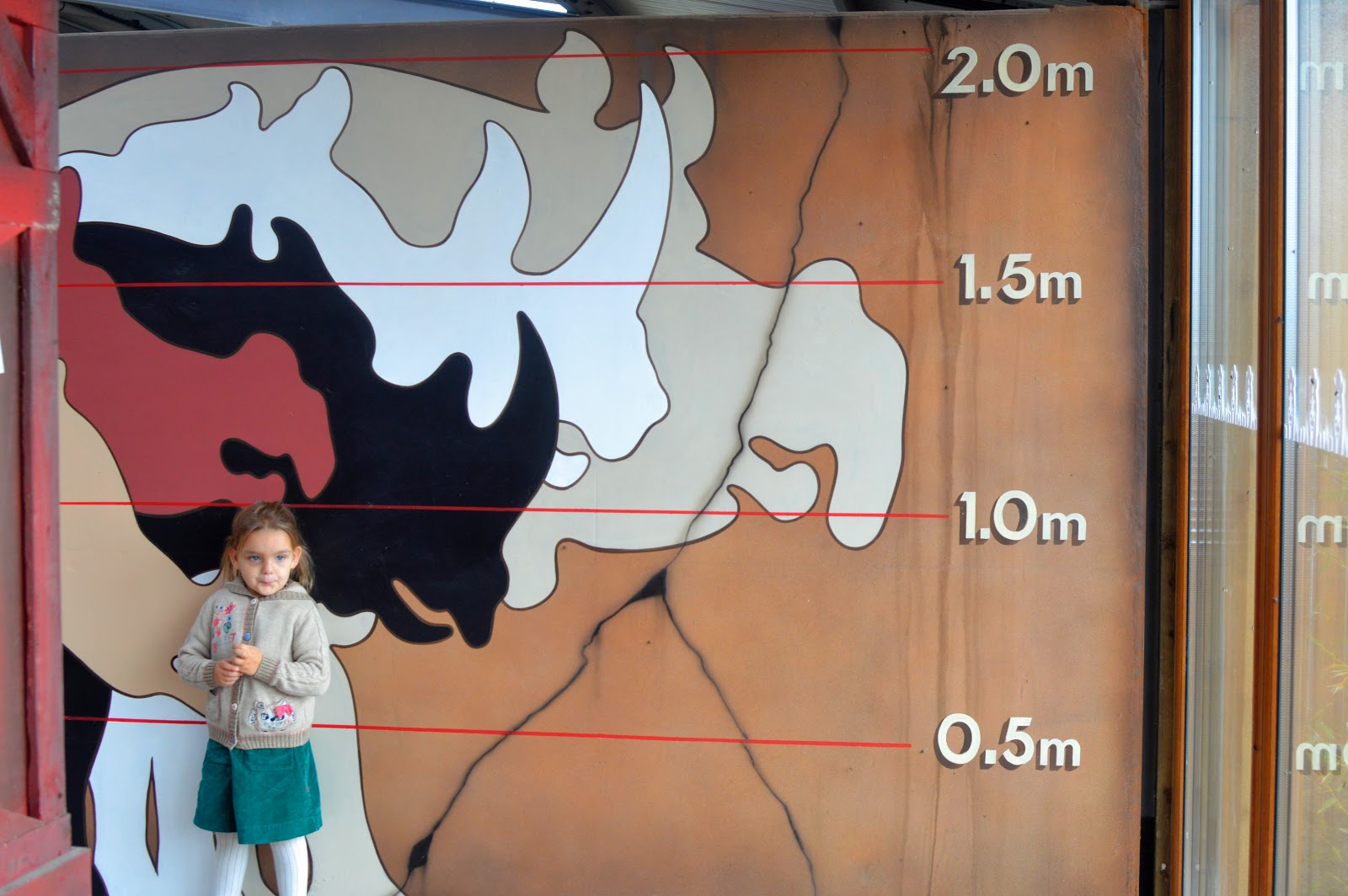 There is a wall mural where you can measure yourself up against the height of a rhino and compare average sizes of the different rhinos.

I can remember when I was in school being told that if poaching continued then the future generatons, my children and grandchildren, would never get the chance to see animals such as lions, tigers, elephants and rhinos.  That stuck with me throughout my life and I have always supported animal conservation charities.

There are thought to be fewer than 650 eastern black rhinos left in the wild and just 66 in zoos across Europe.  Folly Farm will be only the sixth zoo in the UK to hold this critically endangered species. The IUCN Red List categorises eastern black rhinos as critically endangered and they will be the 16th species to be on the European Endangered Species Breeding Programme, of which Folly Farm is an active member.

Jack continued: “The arrival of the third female rhino means we hope to be able to start a breeding group with our male rhino Nkosi in the future.

“A breeding programme will not start straight away as our rhinos are still too young, but it is something we hope to do as part of our Conservation Commitment and it is highly likely that a rhino calf born at Folly Farm will be re-introduced into the wild.” 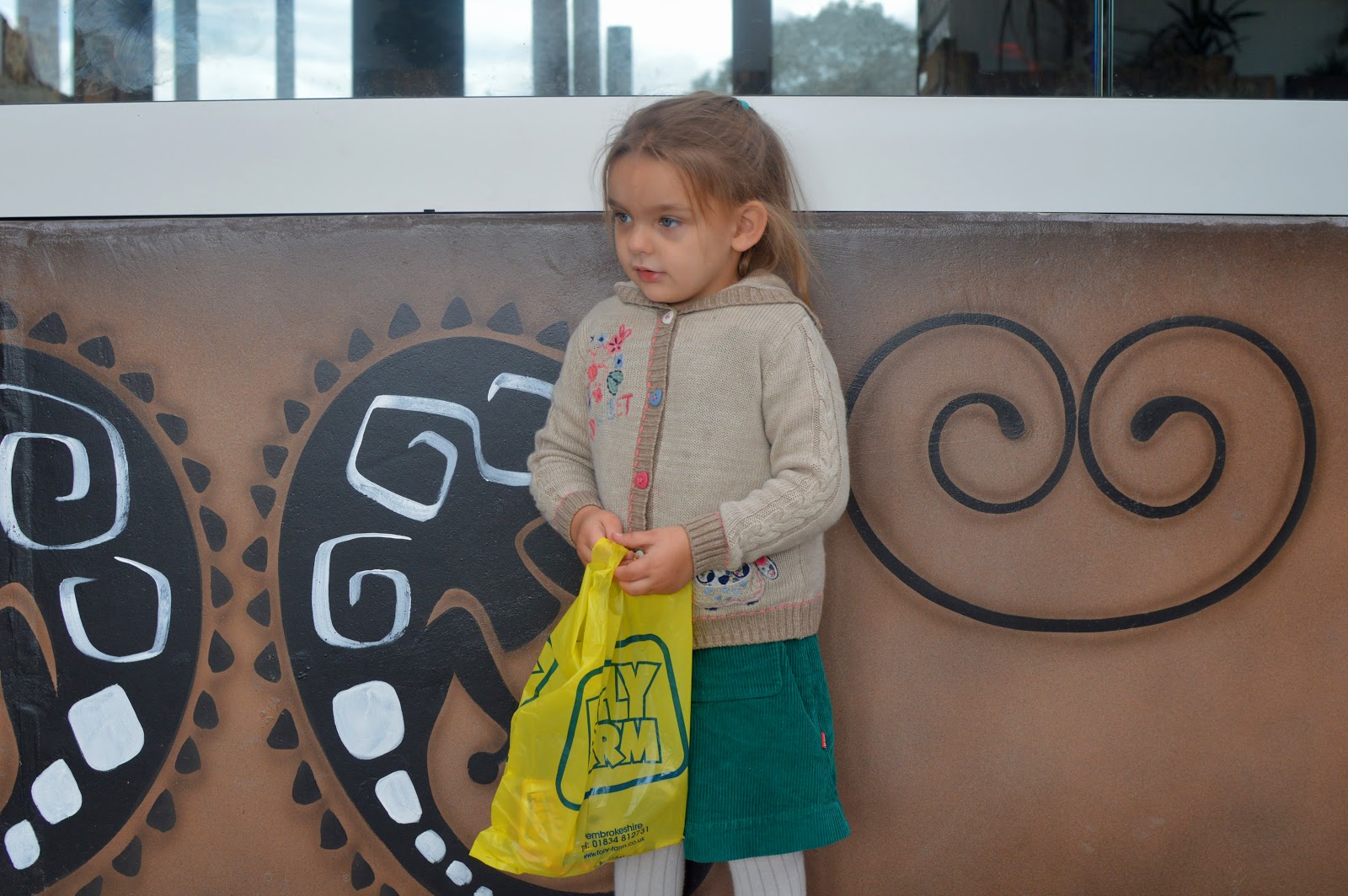 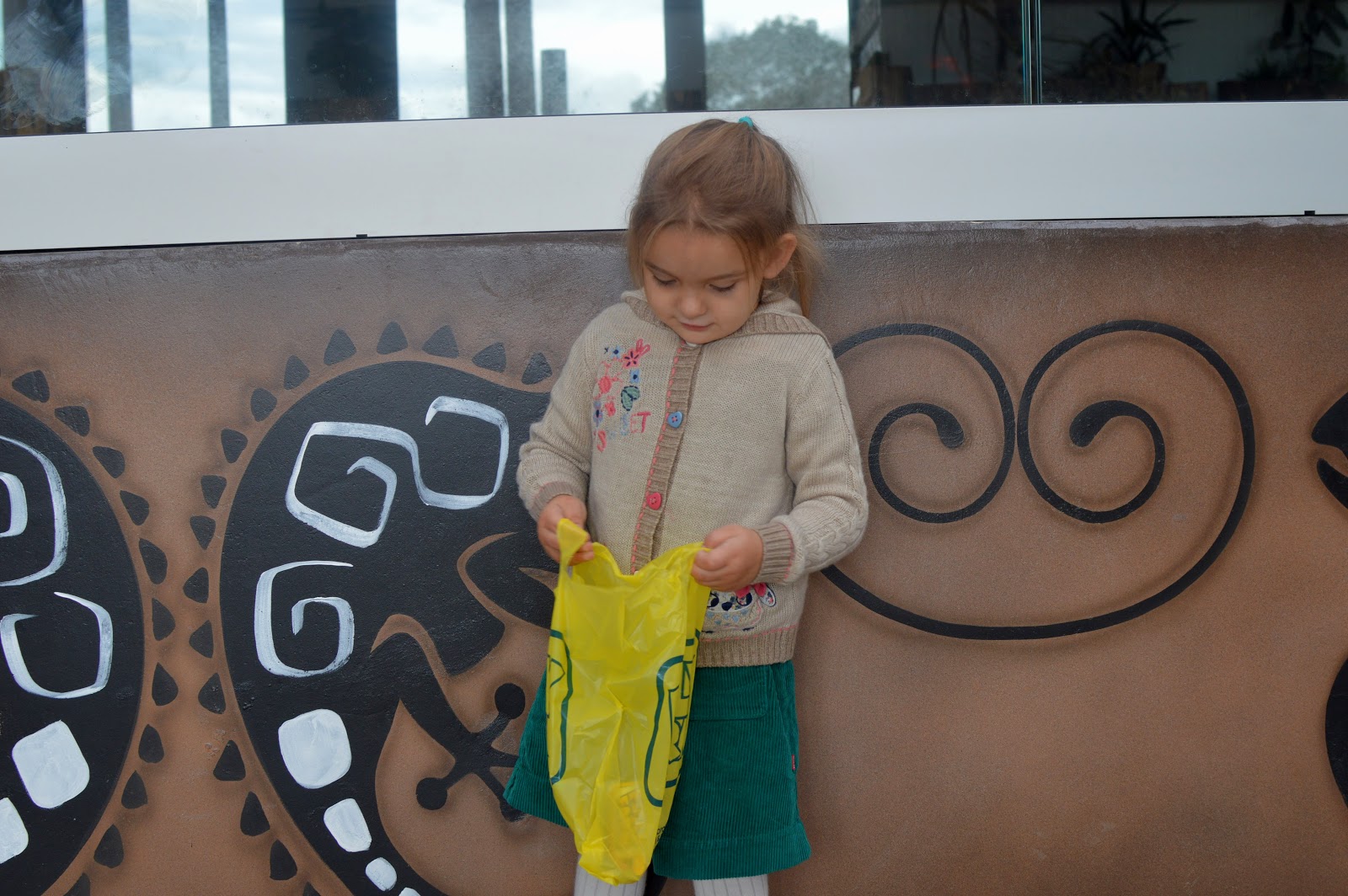 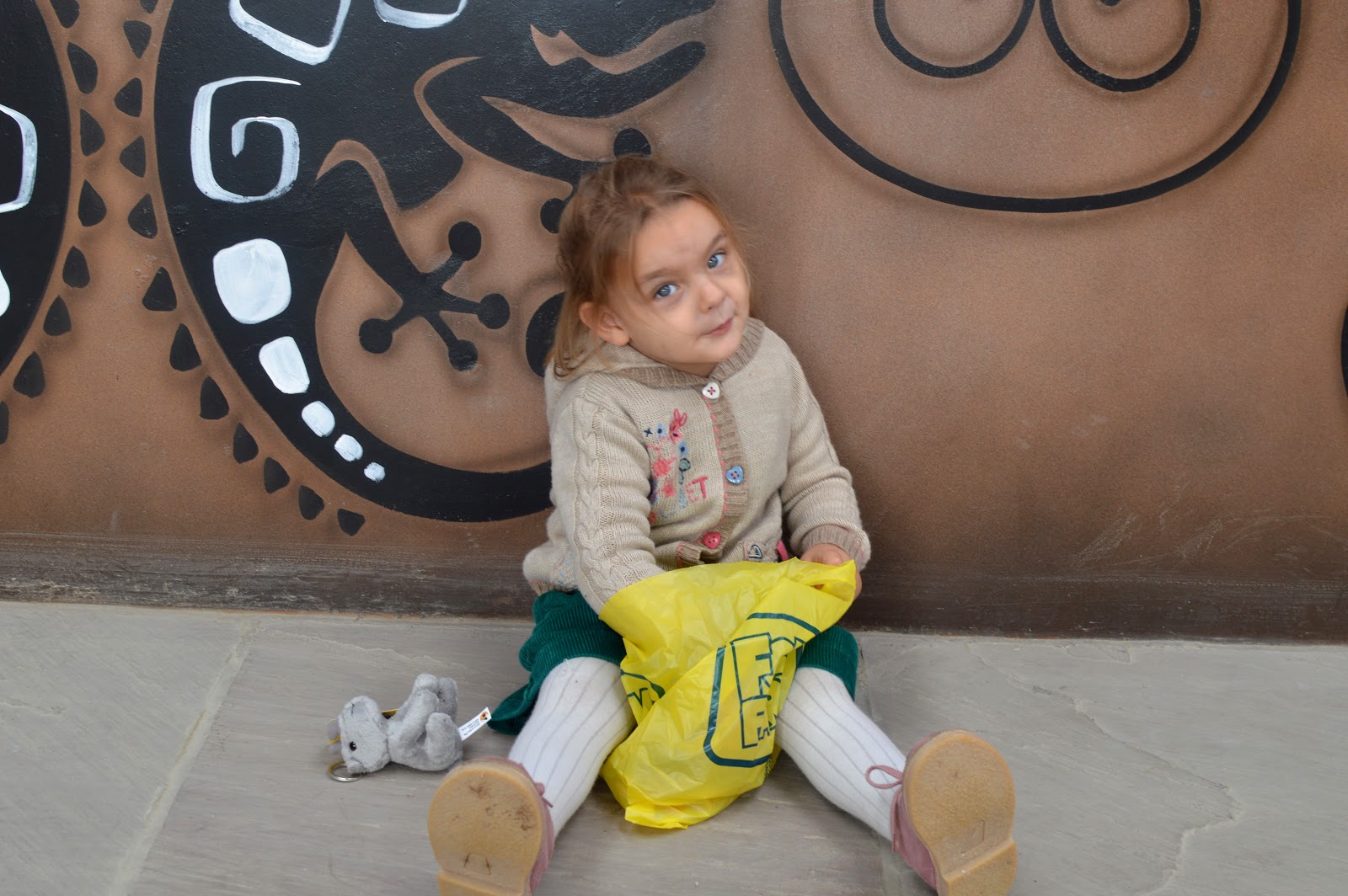 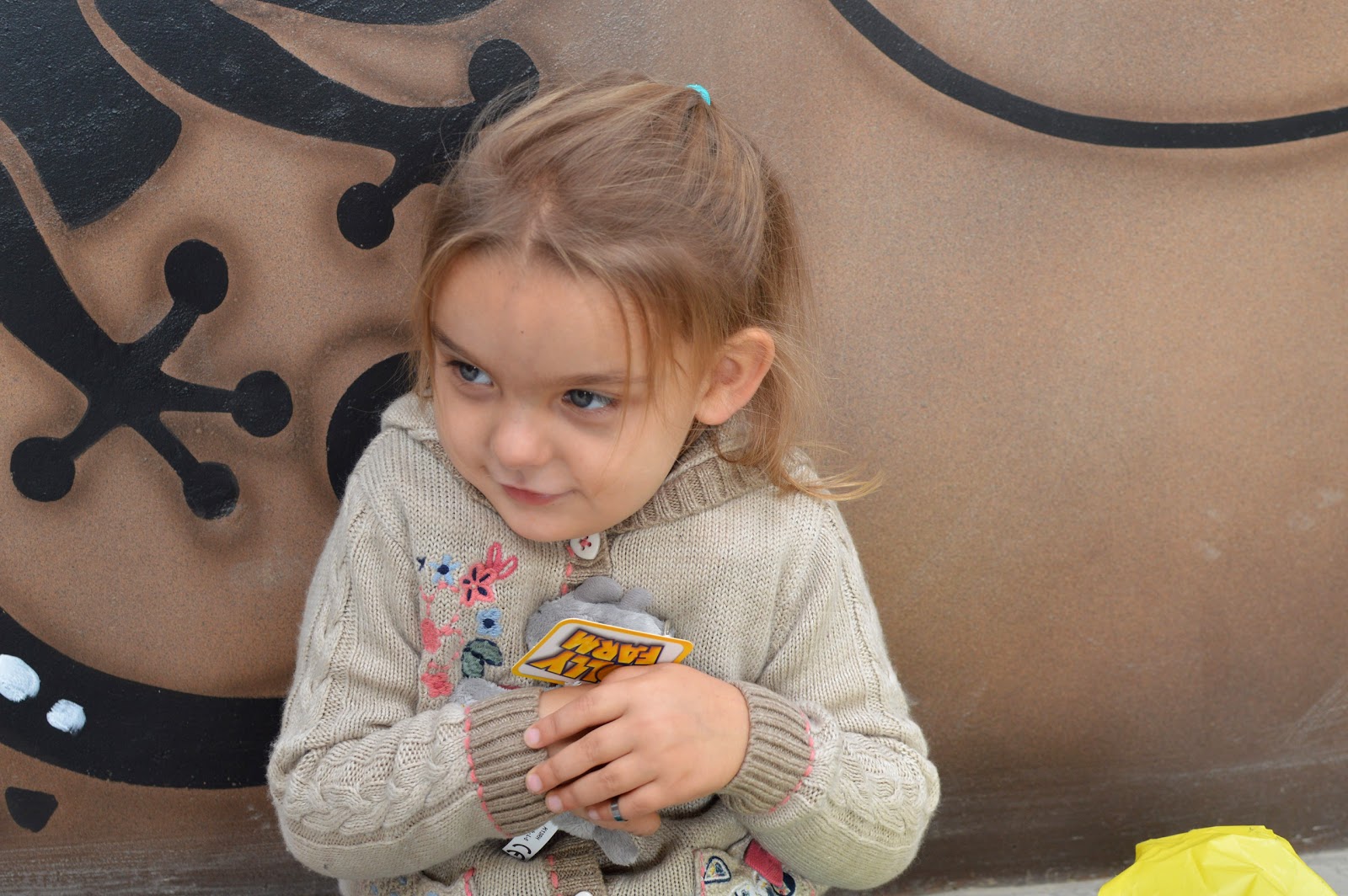 Isabelle was delighted to get a goody bag which contained her very own cuddly rhino.  She has named it Jackson. She loved the stationery and souvenirs too. 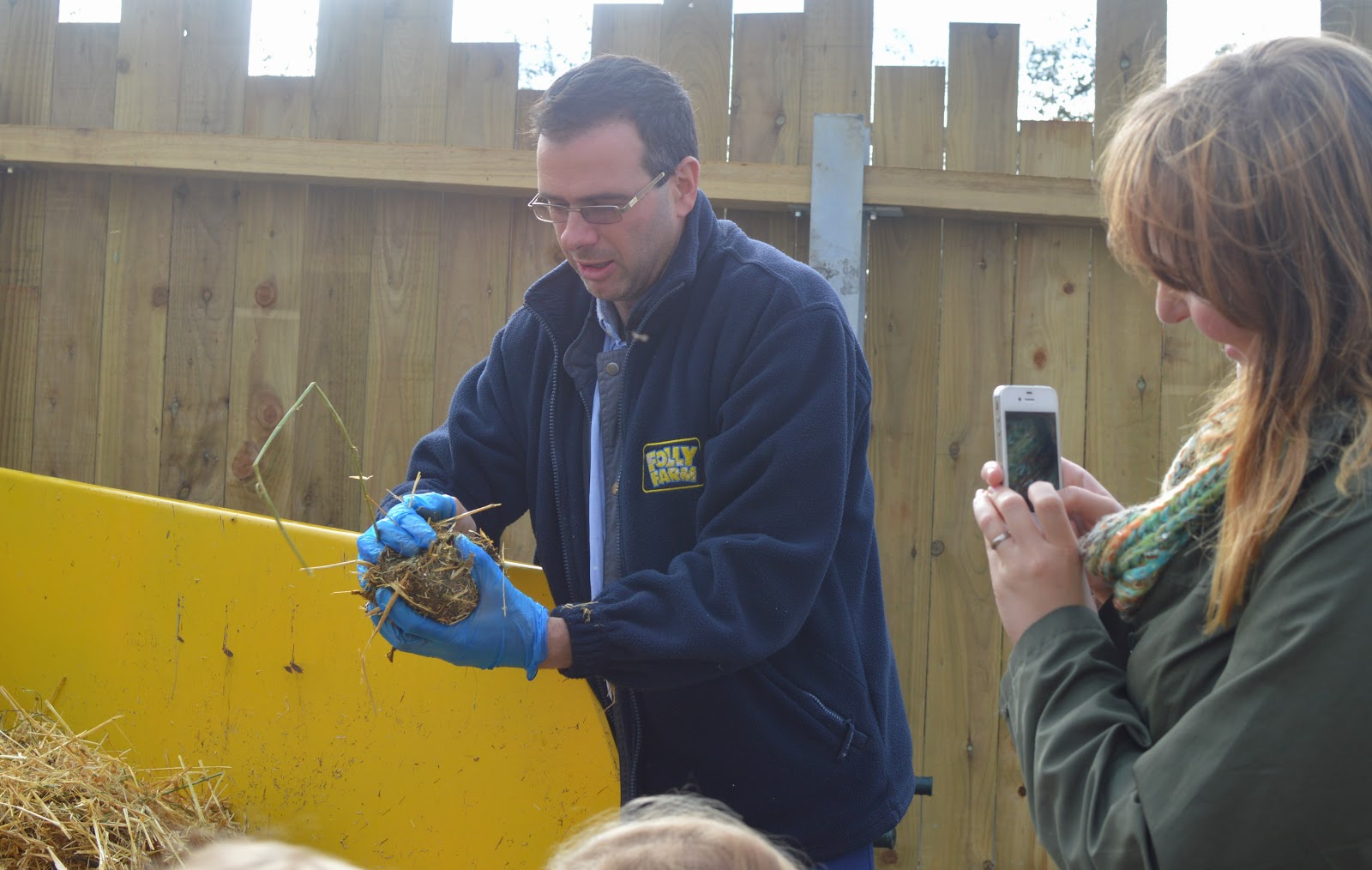 We then went to Nkosi’s paddock and had a closer look at rhino dung, as you do!  Rhinos form dung piles known as middens to mark their territory. 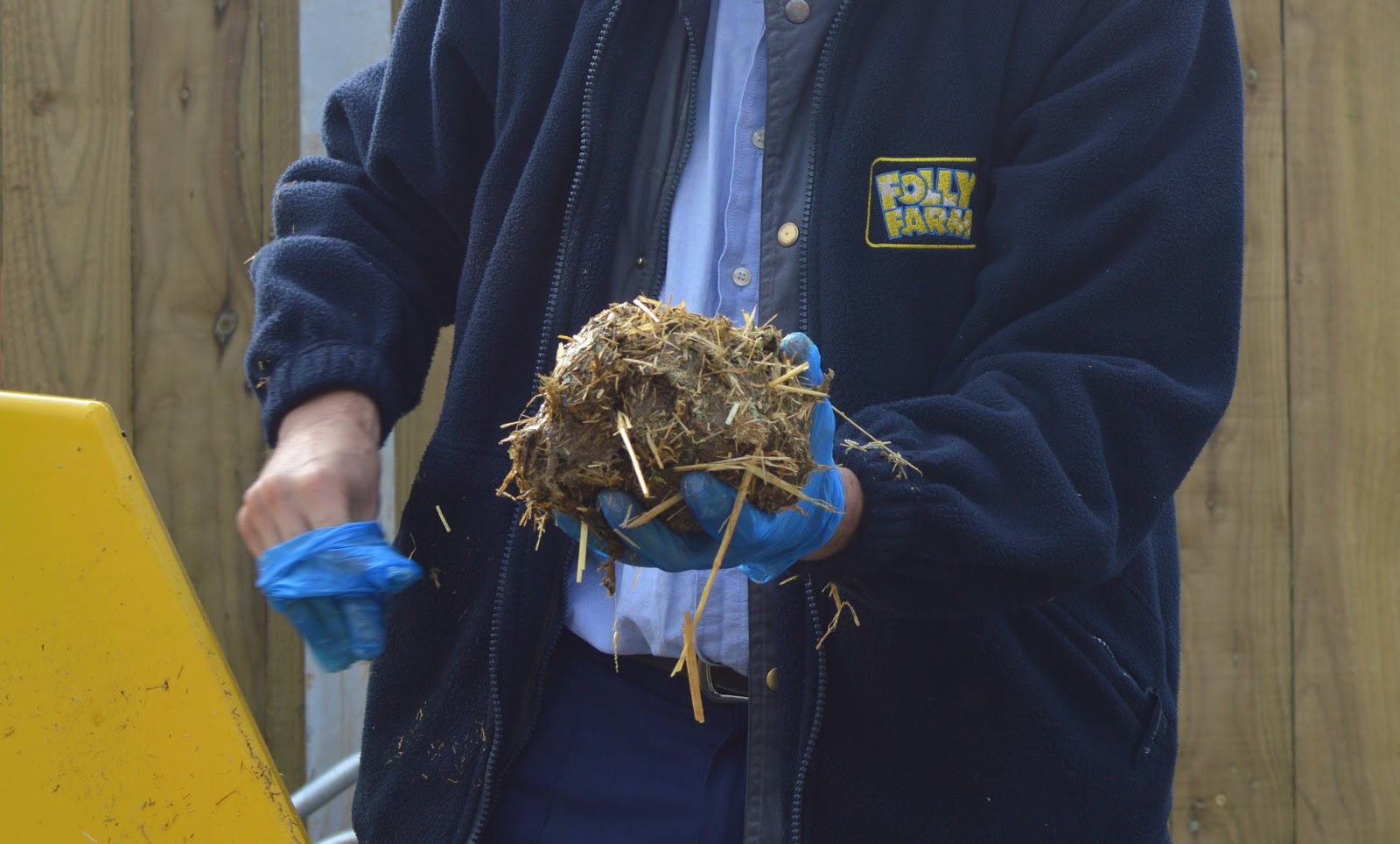 As they are herbivores and eat lucerne hay, pellets, branches and leaves, their dung is relatively odour free to the human nose (to me anyway), however it smells unique to the sensitve nose of each rhino- fascinating!  We also found out that rhinos come from the equidae, or horse family.  Their dung is fibrous and similar to horse manure as they have similar diets. 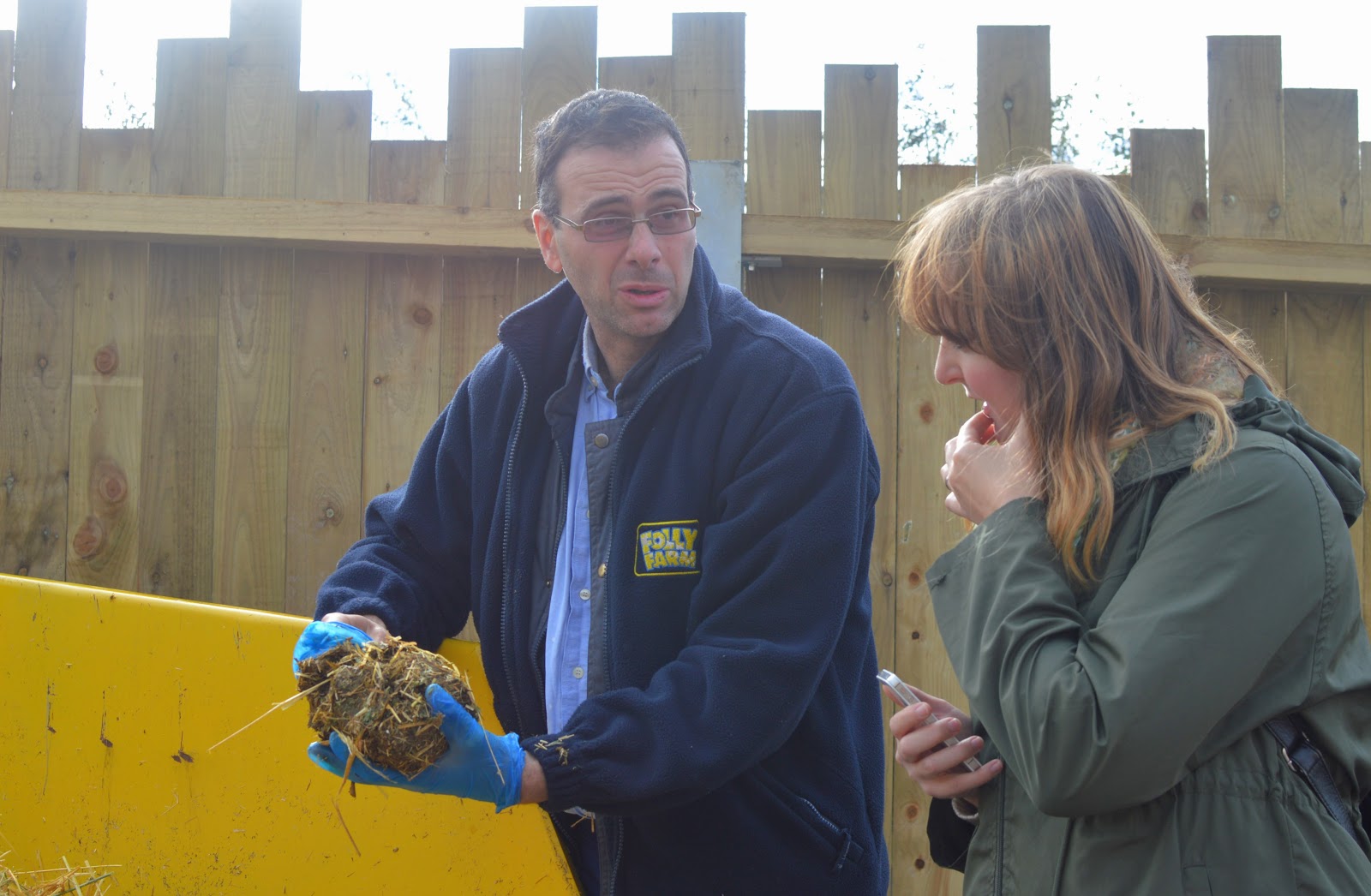 I love this photo of fellow blogger, Kelly, looking engrossed with the rhino poop- such a great photo to caption!  In all seriousness though, it is so interesting to learn about this endangered species.  We are so lucky we are to have them living here in Pembrokeshire, Wales, so that this education is possible. 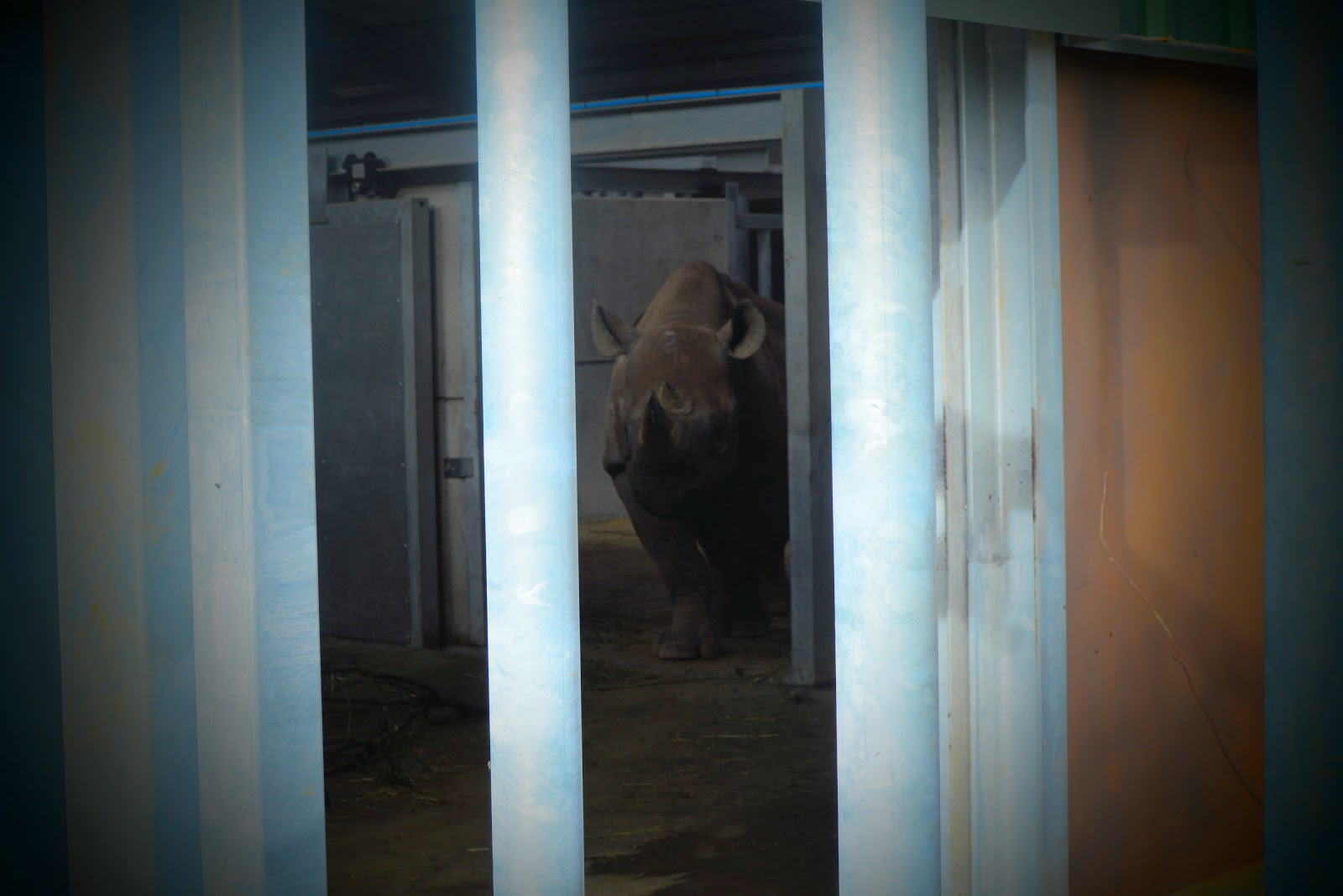 This is my sneak peak of Nkosi.  He is still adjusting to his new larger paddock so we gave him space and privacy to settle in. 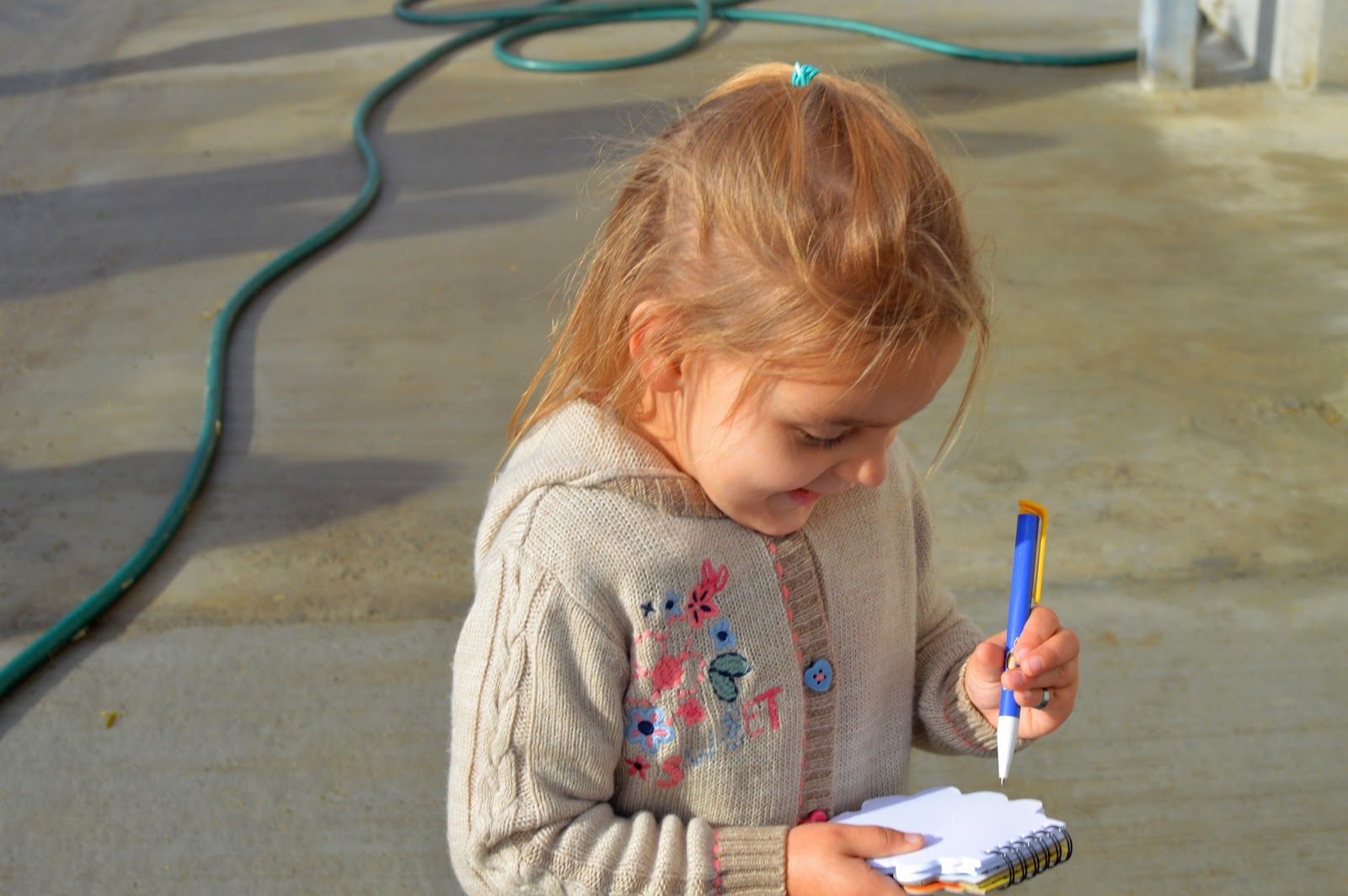 Isabelle took lots of notes with her new Folly Farm notebook and pen. 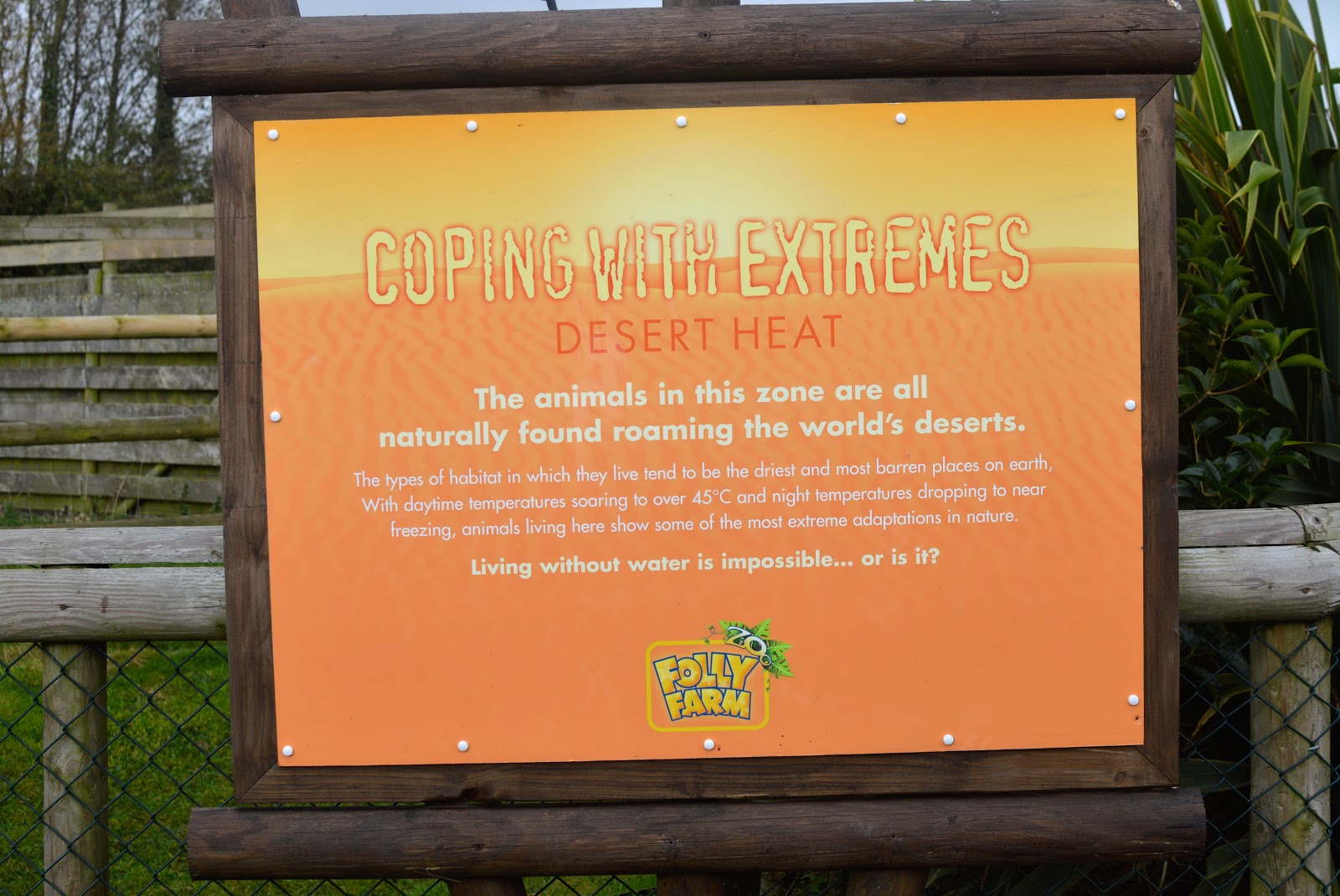 Obviously, these rhinos were bred in captivity and have come from the UK, but I wondered what it was like for these animals that naturally would live in such a hot, dry, desert environment, instead living in the wet Welsh climate.  In actual fact, as it also gets extremely cold Africa, these animals are some of the most adaptable in nature so find our weather less extreme. 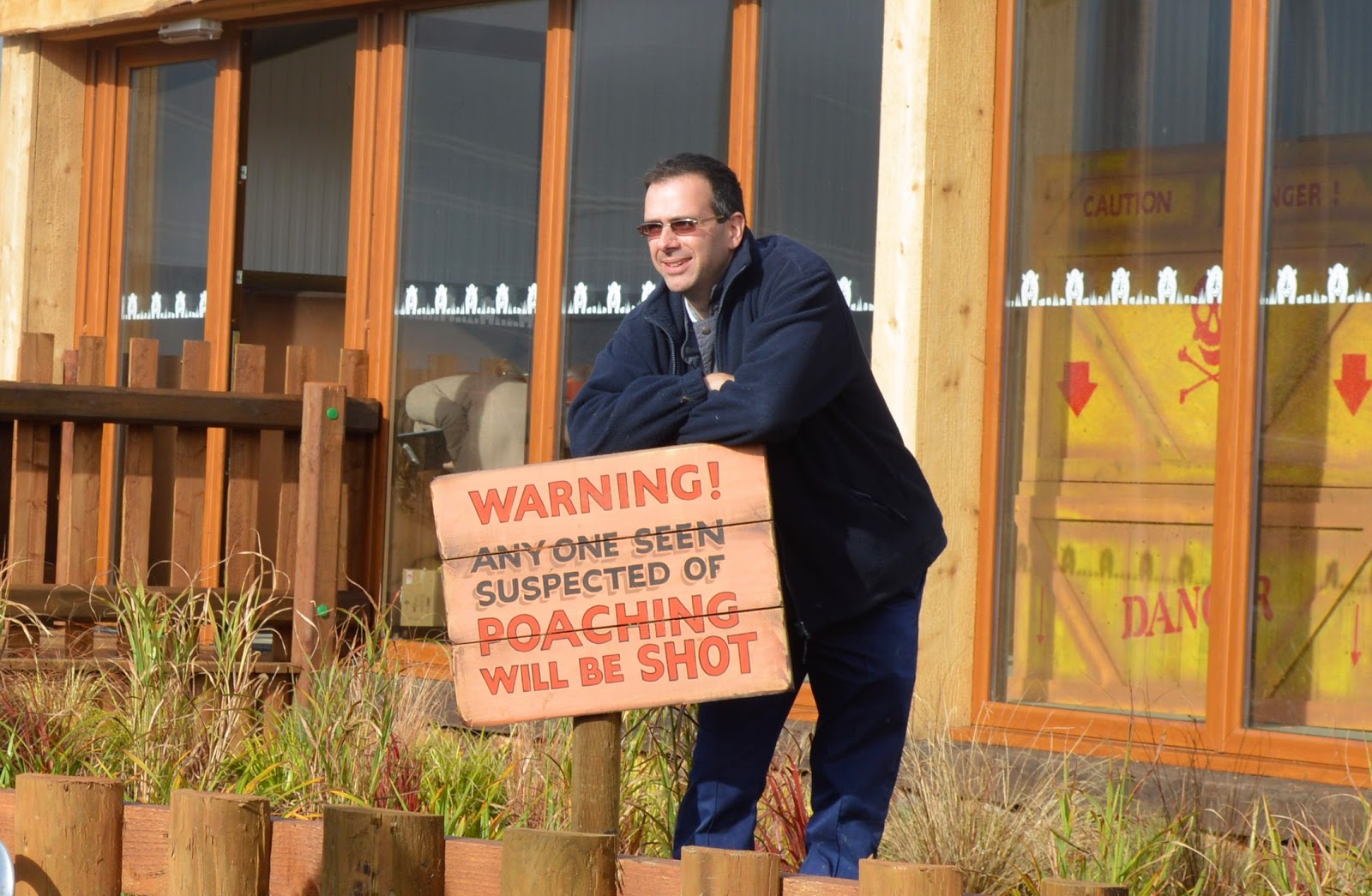 Folly Farm will use the new enclosure to raise money for the Rhino Dog Squad appeal by Save the Rhino. The money raised will help train dogs and dog handlers as they play a vital role in protecting rhinos across wildlife conservancies by tracking the scent of rhinos, their horns, guns and ammunition as well as being able to attack poachers in order to disable the gun holding arm.

It was a great day meeting the rhinos.  I can’t wait to take the whole family to see them, hopefully outdoors exploring their many acres of land.  It will also be exciting to see the third rhino arrive and settle and hopefully see baby rhinos being born in the future!

Visit Folly Farm.  Prices start from £9.95.  Please see up to date Opening Hours and Prices before you visit.