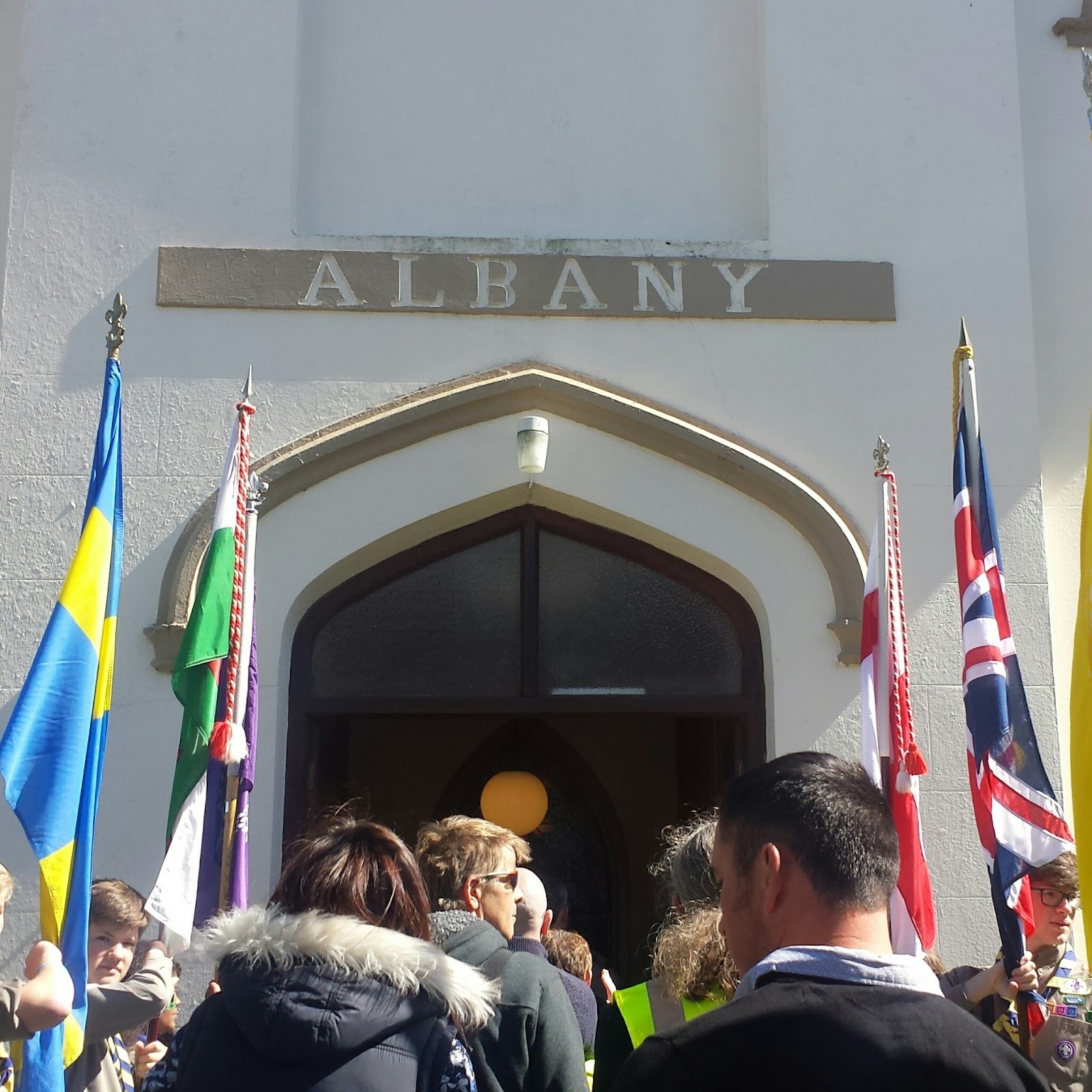 I used to write daily diary update posts (hence the title of the blog) but when I expanded to writing about other things and for other people, I no longer had the time for a daily update.  I always mean to do a weekly or even monthly one but admit that I have even lapsed with them.  I love our days out (Country Kids) posts (which I am also behind on), but I still want to record snapshots of everyday life too.  Here I go with my first weekly update in a while… 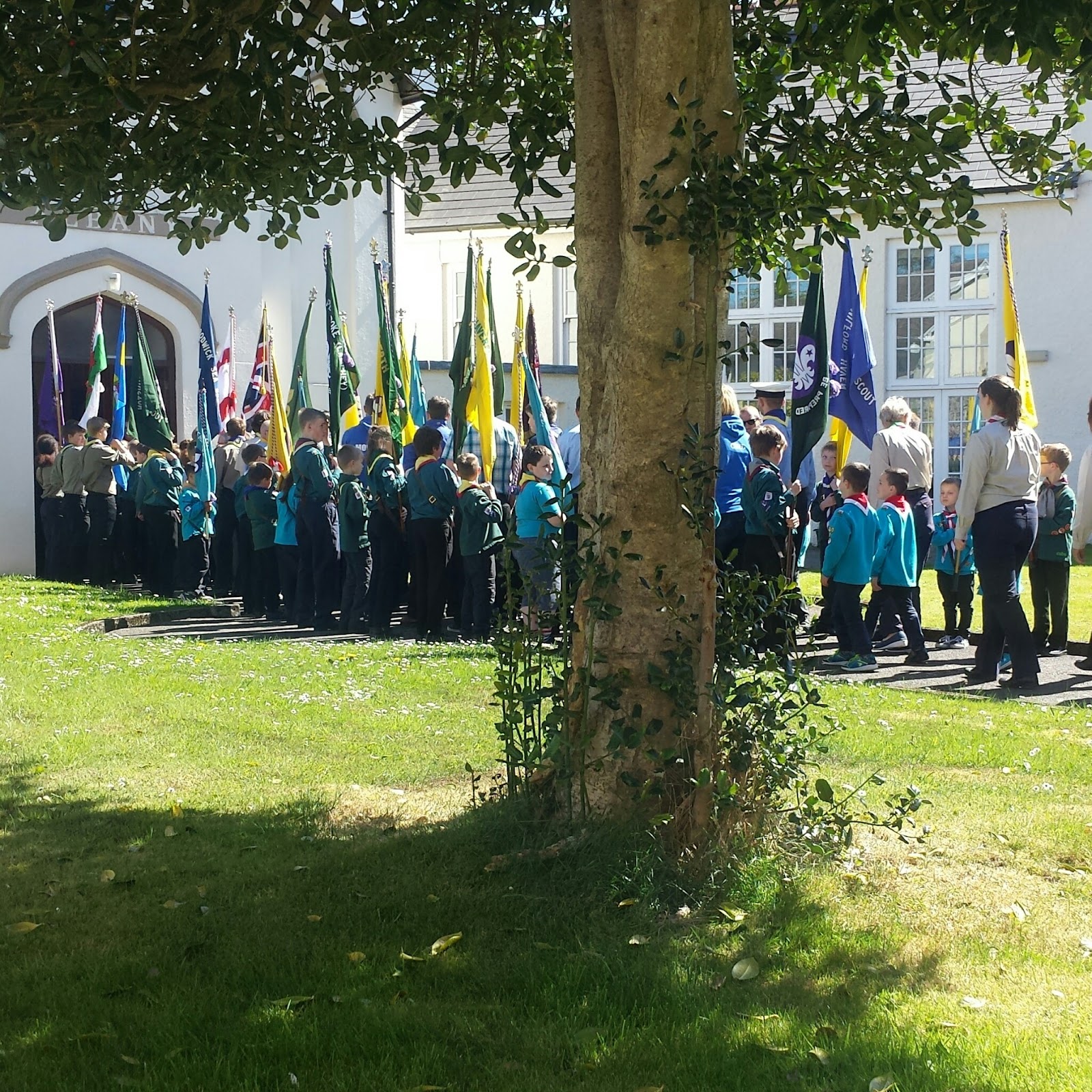 We didn’t do much Saturday, other than school work and preparing for the week ahead.  I went out Saturday night with my friends Laura and Vicky, so the kids had a play and film night with Dave.

It was lovely to go out, relax and laugh so hard that my jaw began to ache by the end of the night.  We finished up listening to good tunes on the juke box in the Starboard.  I got home and had the drunken munchies so Dave made me a little picnic of some of my favourite foods.  I was so grateful and I’m sure it relieved my would be morning hangover too.

On Sunday, we couldn’t go for a long day out as Danny had planned to take part in the St George’s Parade with Scouts.  Some people have asked why we were celebrating St George in Wales, well he is the Patron Saint of Scouting (as well as lots of other things- apparently he is a popular Saint!).

It was a nice day for this event and I felt so proud of Danny and all the Beavers, Cubs, Scouts and leaders marching carrying the flags.  There was a good turnout so I wasn’t sure if I would fit in the Church to see the service.  It it had been too full I was planning to walk to the park to see Dave and the girls.  As it was, I just fitted in upstairs at the back.  This part of the Church is currently used for storage so I squeezed in a pew next to all the old Christmas paraphernalia, such as Jesus’ crib.  Other people kept coming in looking for seats and I had to point to all the things in my pew to explain why I couldn’t move up for them.

I’m not a church goer or religious, but I love to sing, so I enjoyed the choice of Hymns- Lord of the Dance, Sing Hosanna, Shine Jesus Shine and One More Step Along the World I Go.

After the service, we came out of the Church and I spotted Dave and the girls by the gates waiting to watch Danny march.  We followed the parade back up to the Sports Centre and then Danny was dismissed.  We could have returned to the Church Hall for refreshments but we could see that Danny needed an outdoor break (as did I!), so we walked back to the park.  My camera remained in the car the whole time so I didn’t take any photos.  I met up and had a quick catch up with another friend in the park.  We did plan to go on somewhere then but on returning to our town it was nearly 6pm so we decided tea, bath and beds on a Sunday night was a better option. 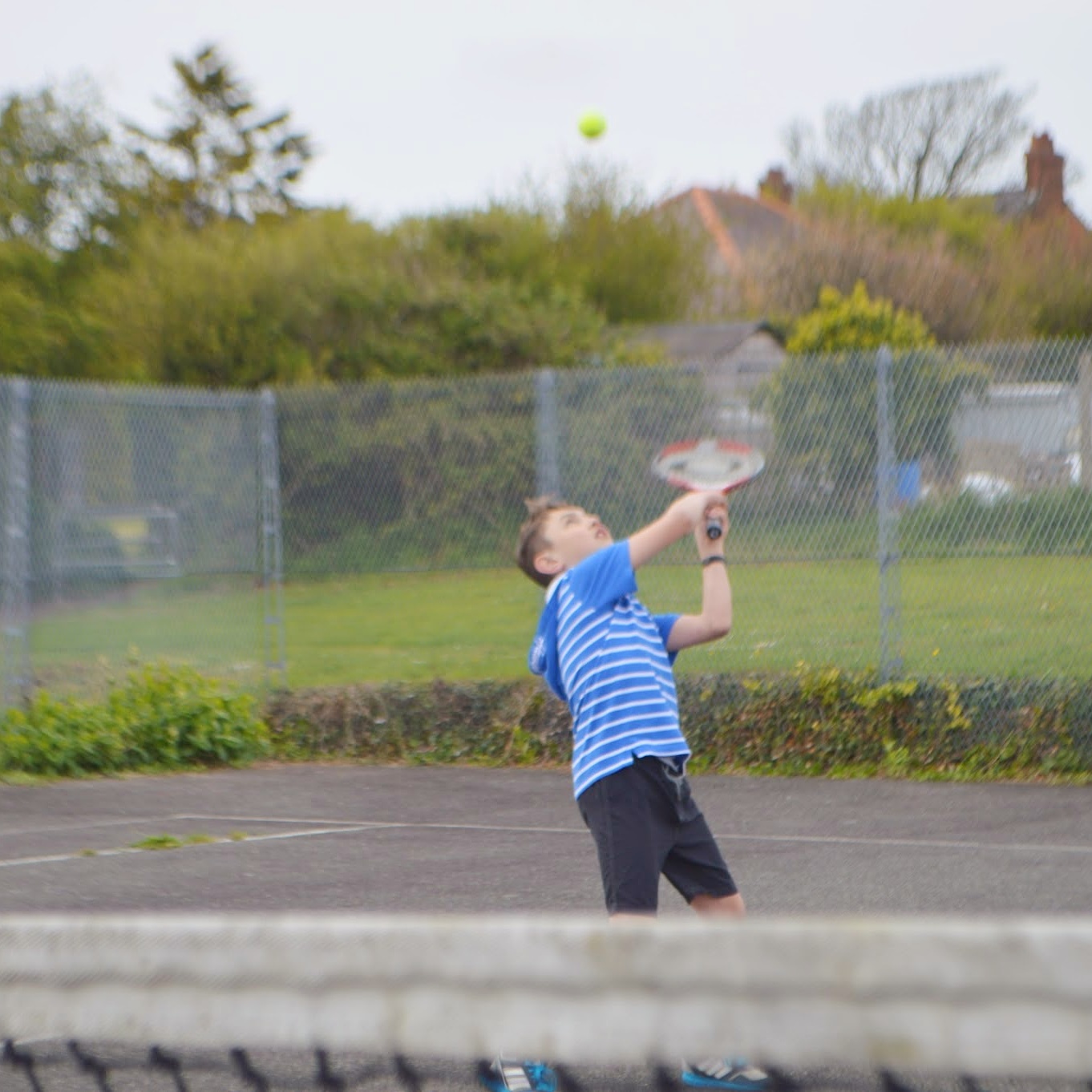 Monday was Day 1 of our roof being fixed.  I spent a bit of time tidying the garden.  The early morning outdoor time did me good and I had a really positive mood for the day.  Danny had a Youth Forum Meeting, Izzy had her jabs,  Rebecca went to Brownies and then Danny had Youth Club.  Monday often means a late tea night and it’s always a busier evening than I wish for the start of the week but that’s the way it goes.

Tuesday was Day 2 of the roof being fixed and it is all done and paid for!  No more leaky roof for us!  Now we can get the inside of the house sorted. 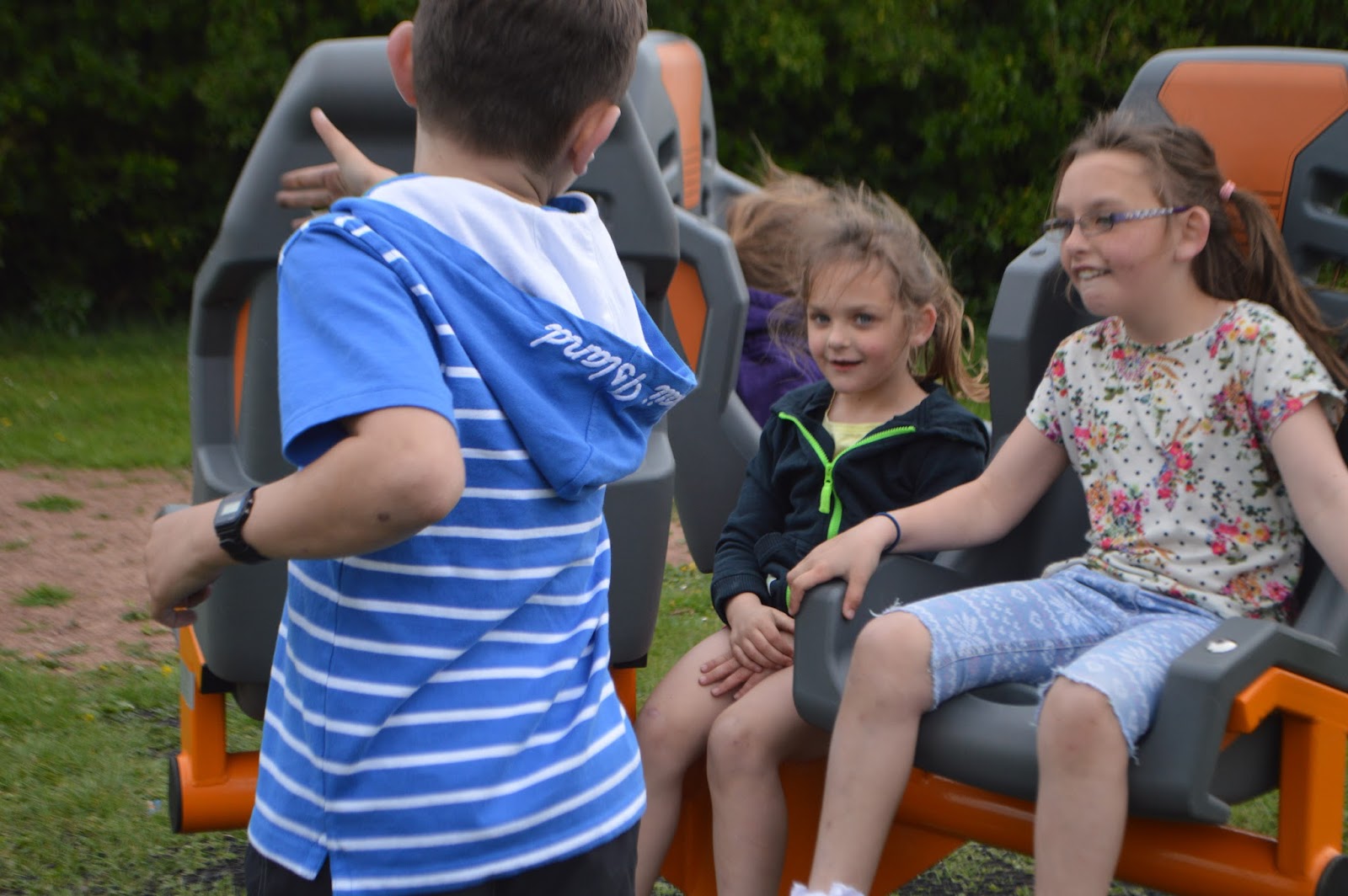 I took Jo to gym, and Isabelle fell asleep in the car while on the way to school.  She’s been under the weather recently and has missed a few days due to afternoon sleeps.  I managed to wake her and she did go into school and enjoy it.  Rebecca had after school tennis club and we also went to the park after school to play tennis.  This was fun, but it was hard work getting them all home.  If activities could end as well as they start we could get so much more done. 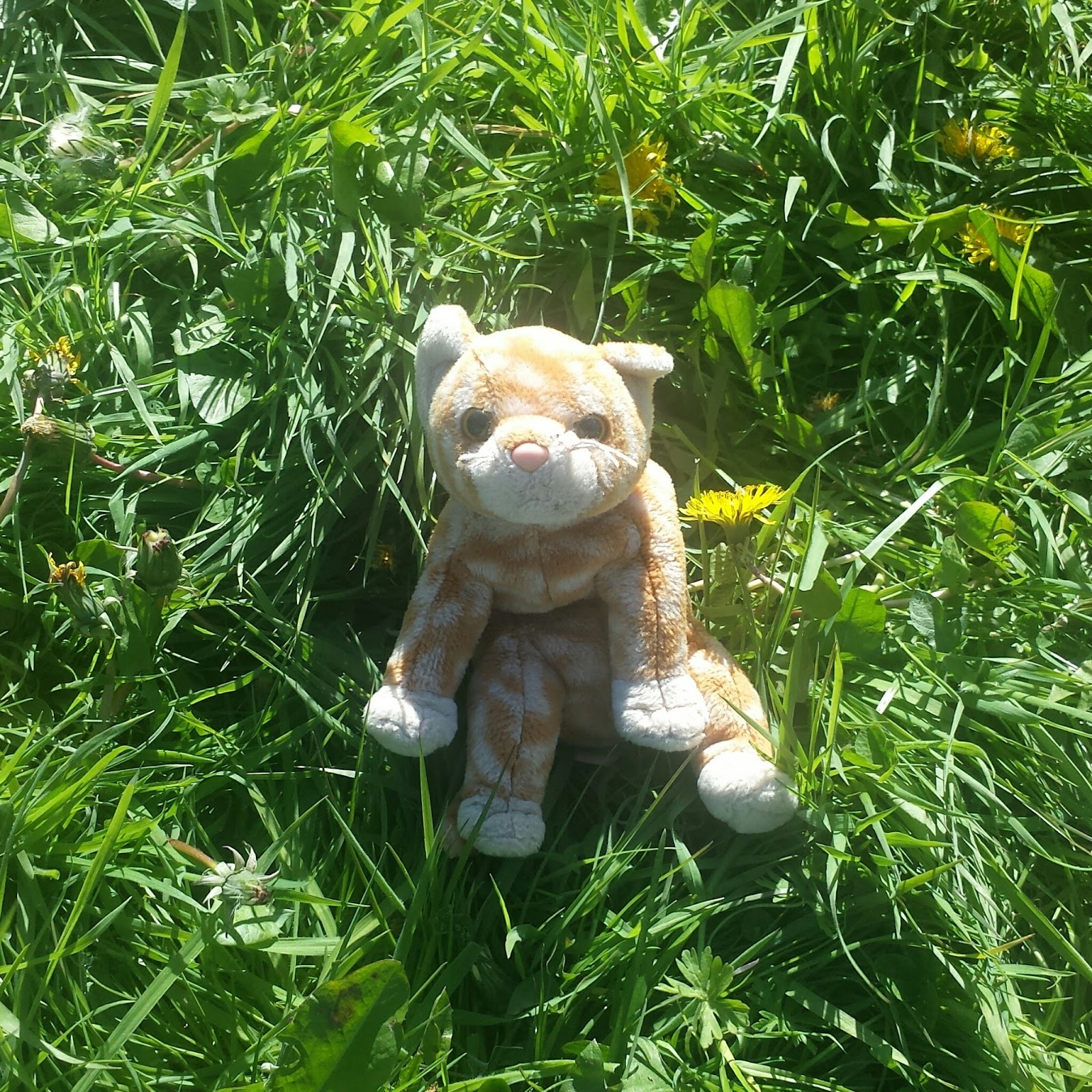 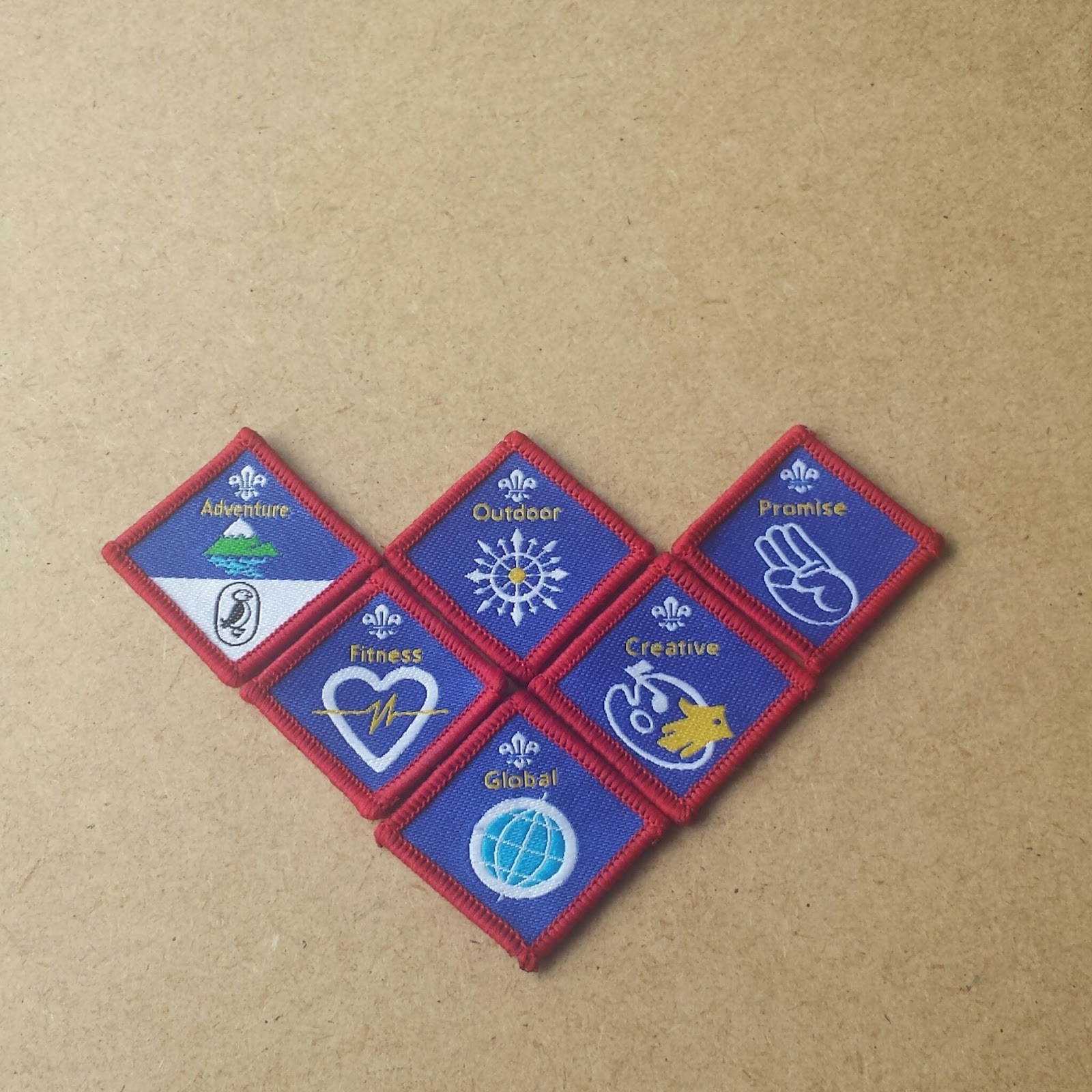 Danny came home from Scouts with six badges (I still need to sew these on before next Tuesday!) and our kitty teddy that we lost up a tree in the woods a few months ago- so happy that even cuddly cats return home after an adventure. 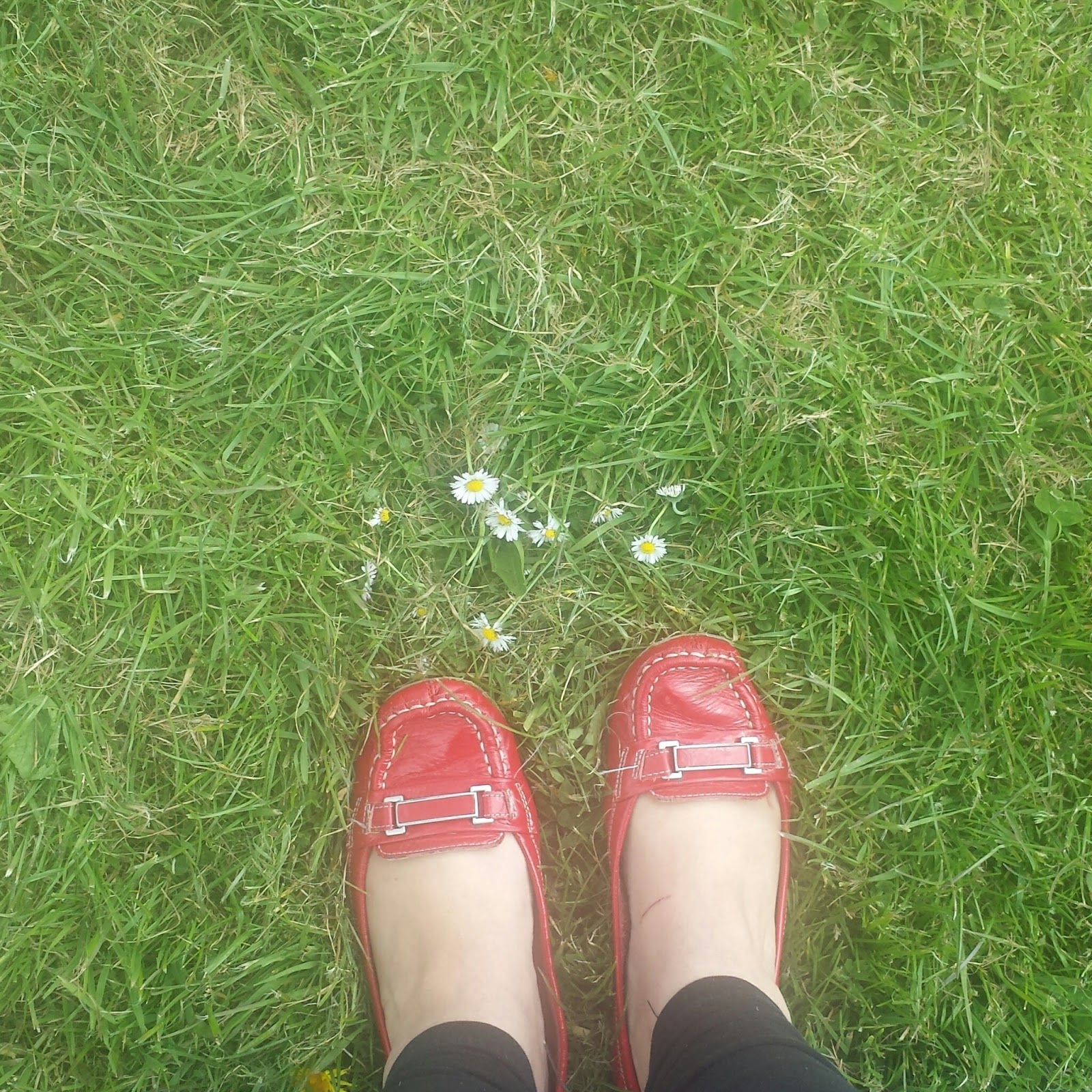 I struggled all day Wednesday, I felt so achey and tired, but I kept fighting it.  Danny was ill too and had coldsores which looked painful.  He had an exam that he needed to take, so we convinced him to go to school for his exam and we would pick him up and bring him home to rest.  When I picked him up, his head of year said how proud she was of him making the effort to go in for the exam, so that was good.  At home he rested until we picked the other kids up from school.  Izzy fell asleep curled up with him and missed school too.

I have choir on a Wednesday.  I always find it a struggle and wonder if it’s worthwhile fighting the tide to get there each week, but I enjoy the time that I’m there so much.  I had to make a really quick tea and as I was feeling so rough we ended up with an outdoor picnic of cupasoup and bread and cheese in the garden.  I know it’s not the healthiest (or tastiest)  meal but it has given me the idea to make homemade bread and soup during the day so we can have a more tastier version for next week!

Once, we’d had tea, cleared up, put uniforms in the wash and got all the kids ready to go to Granny and Grampy’s, I just burst out crying.  I felt so tired and such a mess.  I still had so much more to do to get out of the house and the kids just wanted to play (read make a mess!).  Once the emotions were out, I tried again with a renewed energy.  I got changed and tidied myself up, then we were all out of the house.  Halfway over to G&G’s and I realised I’d forgotten my water as well as my song words!

I dropped the kids off and then felt alone and vulnerable.  I love them, but find them hard work when they’re in a certain mood, but the minute that responsibility is off me, I feel lost and I want them back again.  I had another little cry driving to choir, wondering, if my nerves would allow me to walk into the room full of people and put a smile on my face.

Luckily, they did.  I made it.  After the initial worry, once there, I feel so welcomed and relaxed and we are all happy to sing together.  Next week we have a dress rehearsal and then the Saturday after our first public performance (eek).

Feeling happy after choir, I went to pick the kids up.  I was relieved that the kids came easily- I didn’t have the energy for a struggle!  Off we went home for baths and bed.  Once they were in bed, I realised that I was shivering cold, but really hot and felt terrible.  I became aware that life wasn’t any harder than usual to cope with today but it was my ability to deal with it whilst feeling ill.  In my mind, I thought some paracetamol, a hot drink, a blanket and netflix would do me good.  In reality, I sat exhausted, crying on the sofa, until I realised much later that I was sat in the dark and it was nearly time for Dave to come home (from band practice). I quickly got uniforms and everything ready for school, then settled for bed. 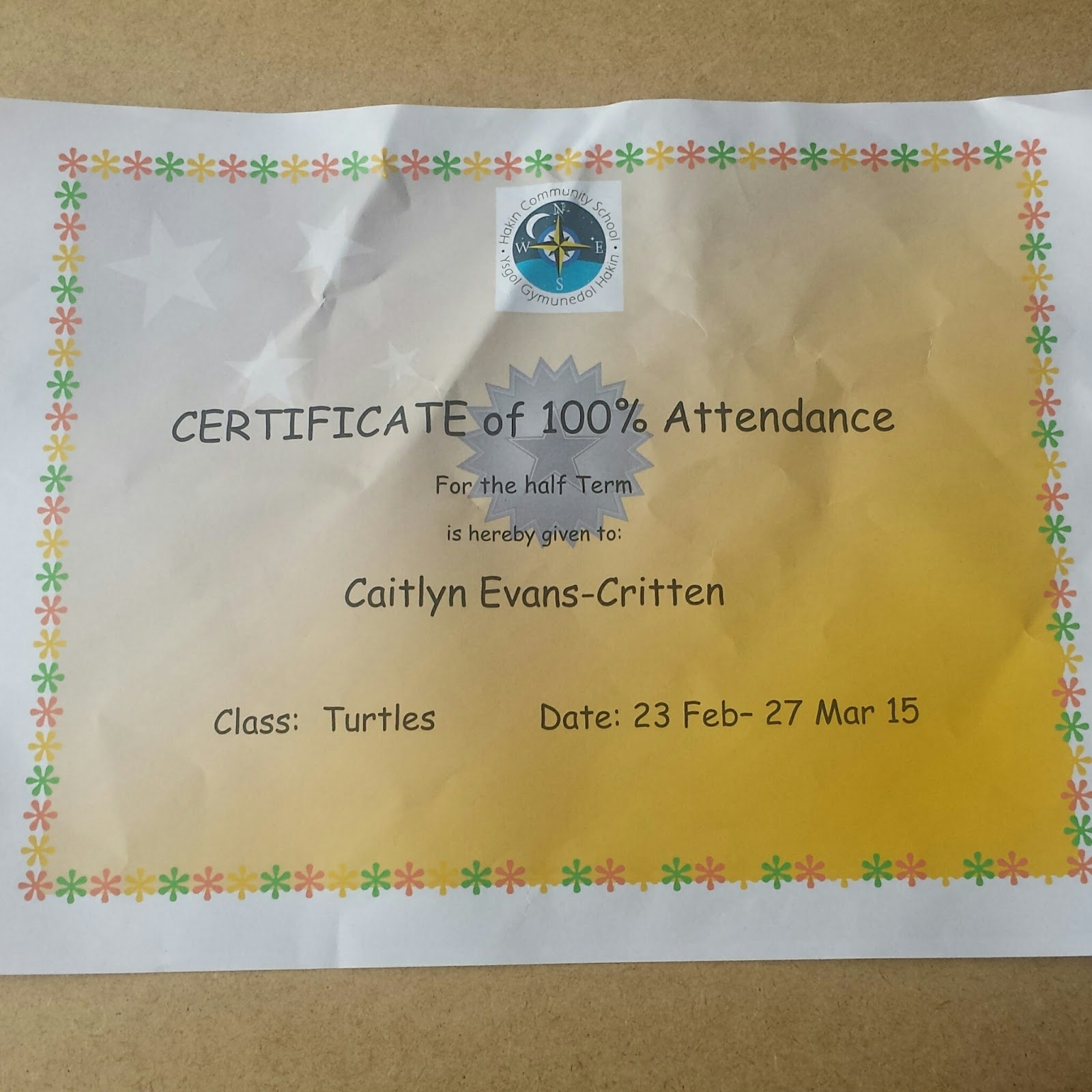 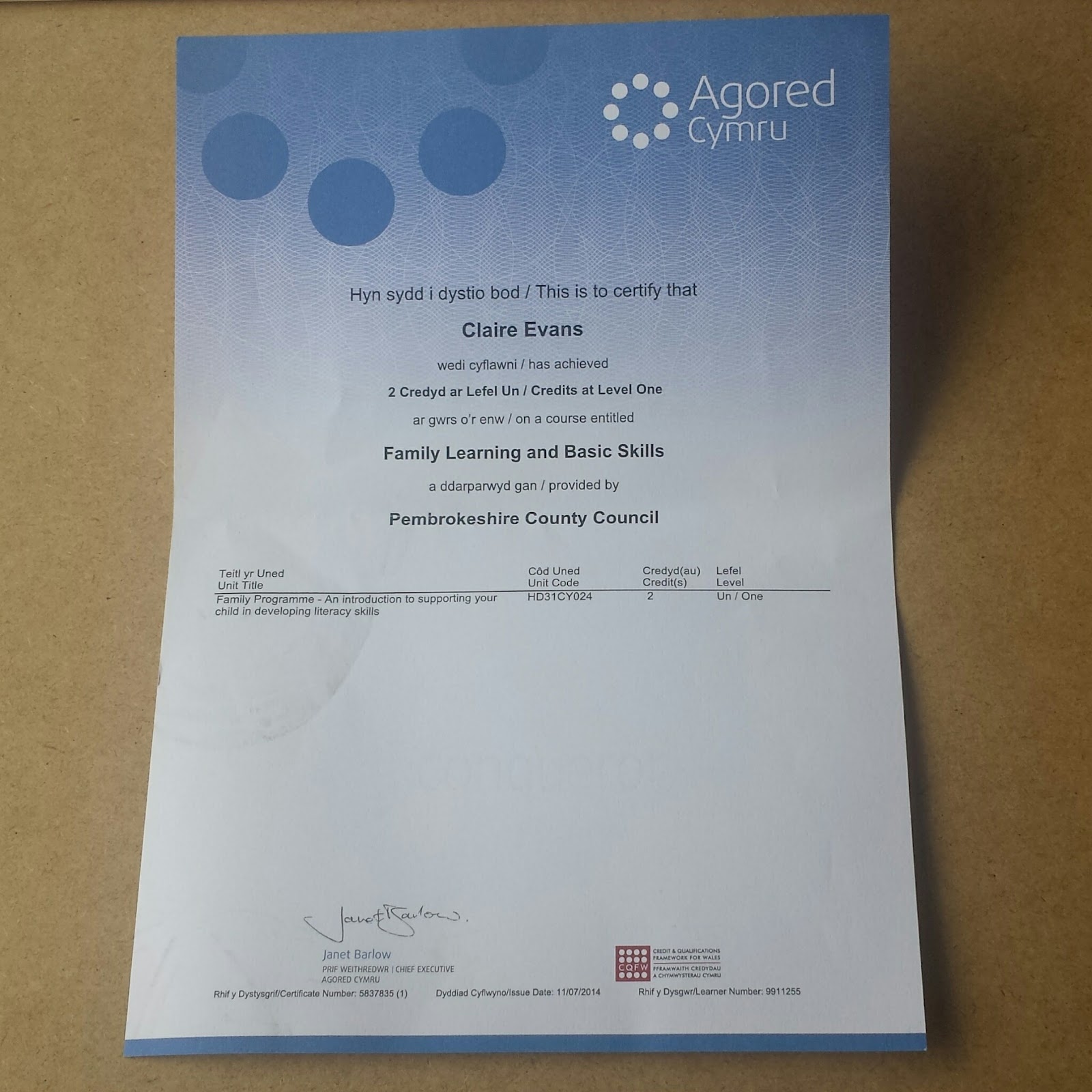 All night I felt ill and no better on Thursday, so Dave did the school run.  I tried to work but couldn’t focus so instead caught up on sleep.  After school Thursday, Rebecca had choir.  When I picked her up I was given a certificate and had to have a photo taken- I must have  looked terrible!  Rebecca and I made a story book as part of the course and we’re really hoping we get that back.  Caitlyn had Rainbows but Gym was cancelled, so it was an earlier evenig for us.  Next Thursday, she will be bowling instead of a usual Rainbows session as they are using the hall for voting. 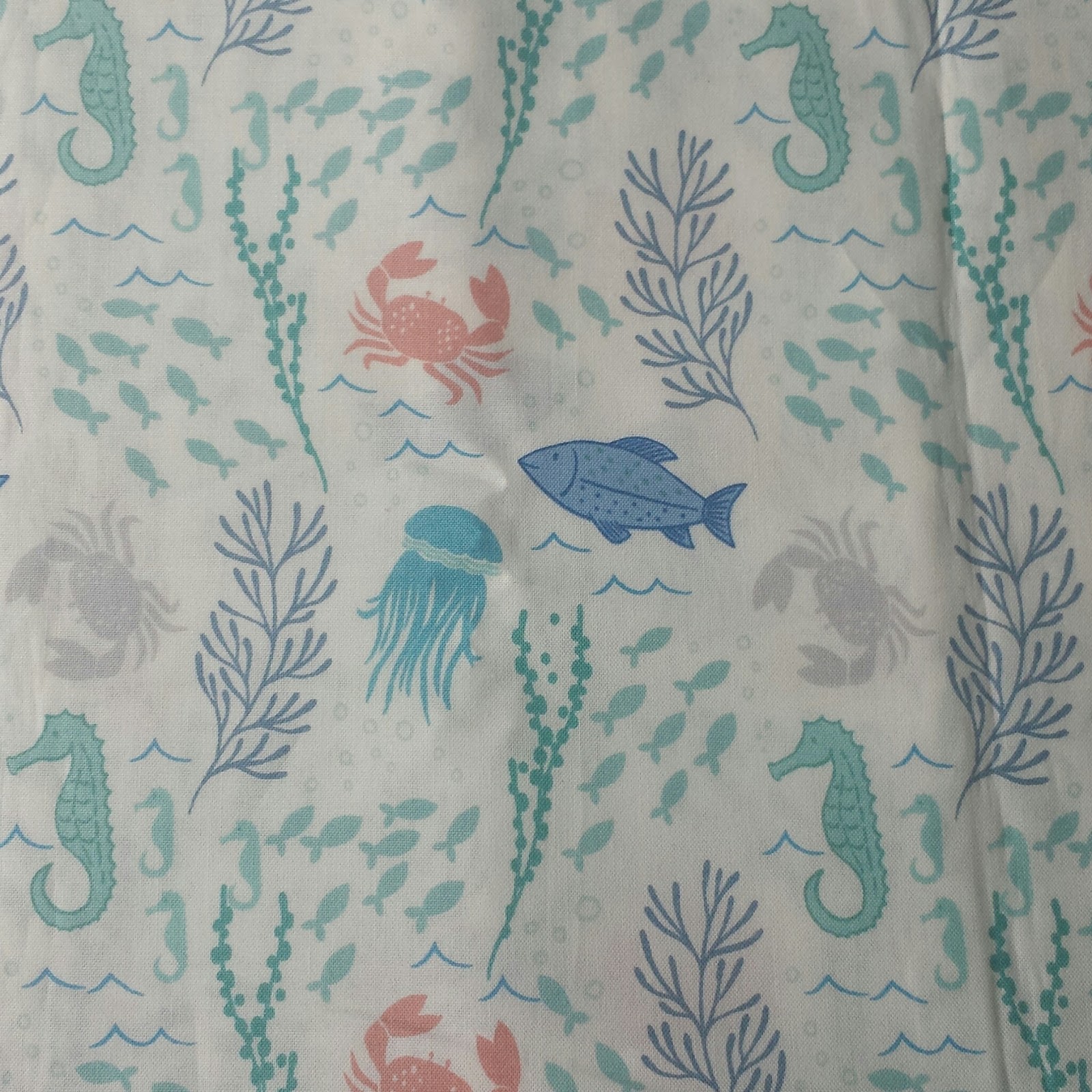 Today is Friday and everyone has made it to school.  Danny has another exam but is not 100% better, so I’m half expecting a phone call to pick him up.  Tonight, we’re planning a Games Night to help promote the Really Big Board Game event for the NSPCC, then Saturday while Dave works, we’ll do chores and homework, then go to the park.  Sunday and Monday we will go off for nice family days out (without Dave on Monday as he’ll be working).  Some gorgeous All at Sea fabric has arrived to make seaside skirts too!  Other, not so exciting news is we have a new Compost Bin for the kitchen (photo coming soon, yes I know I’m sad, but it really is lovely as compost bins go…).

How was your week?

What are your Bank Holiday Plans?