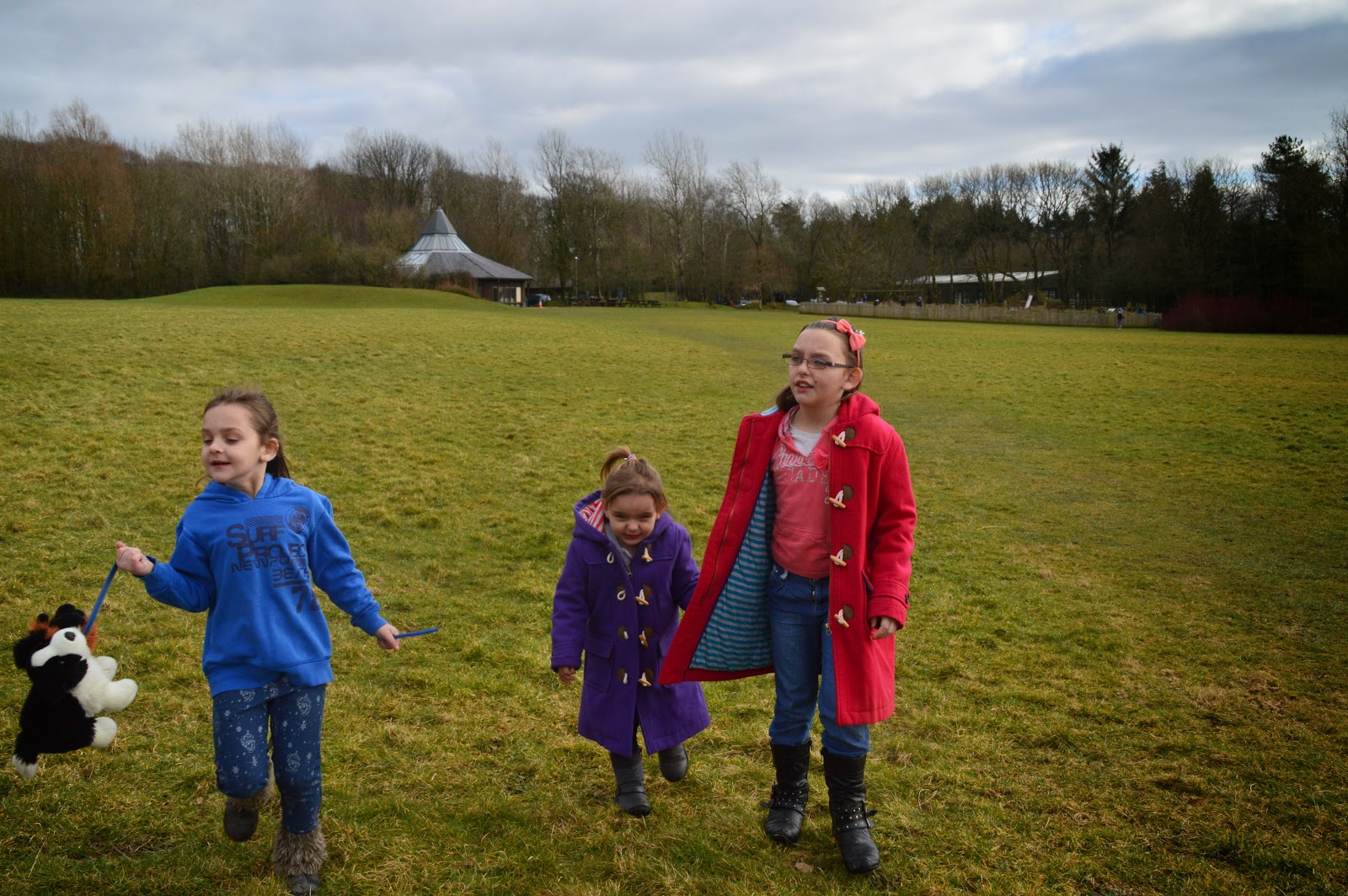 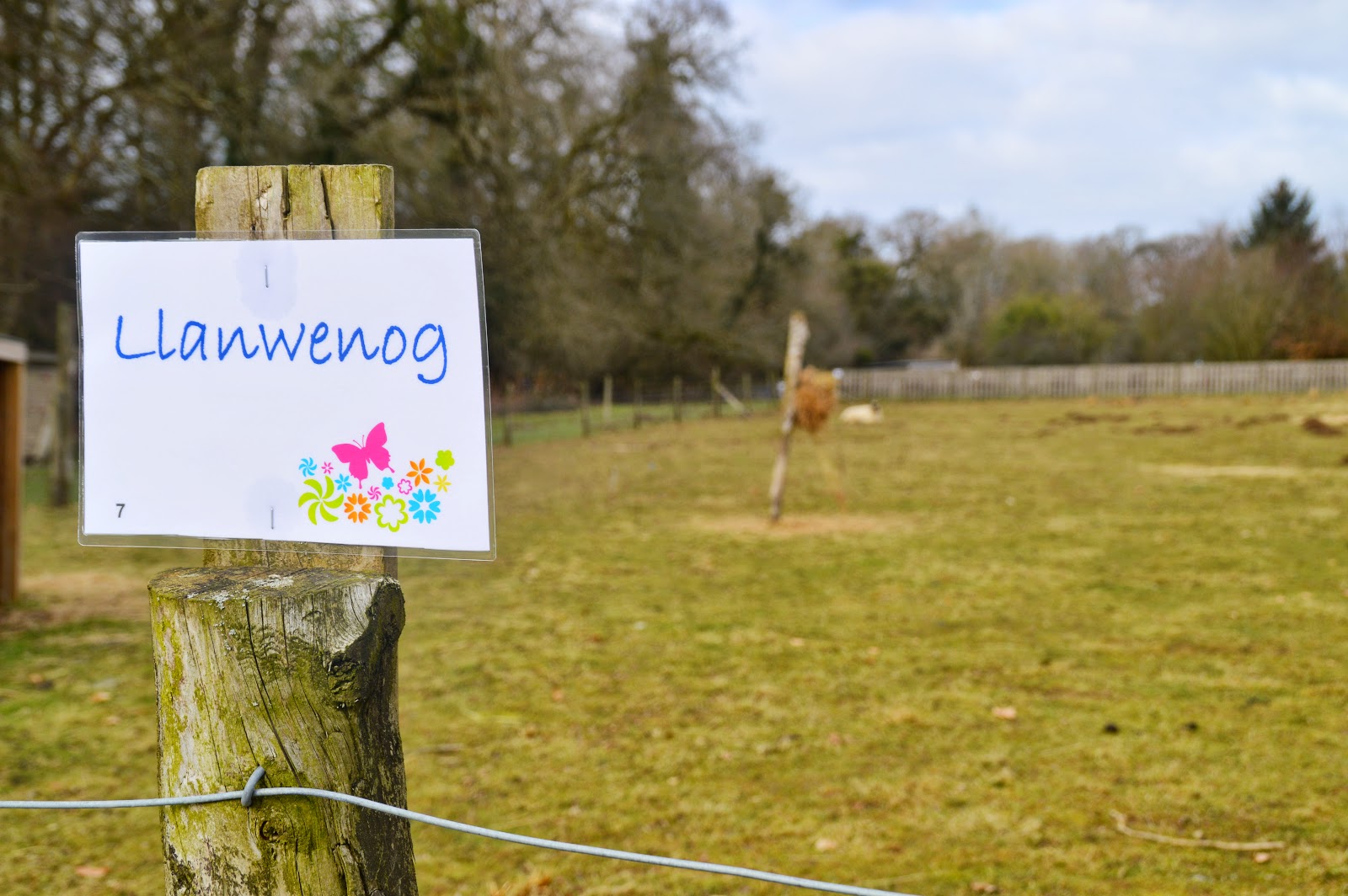 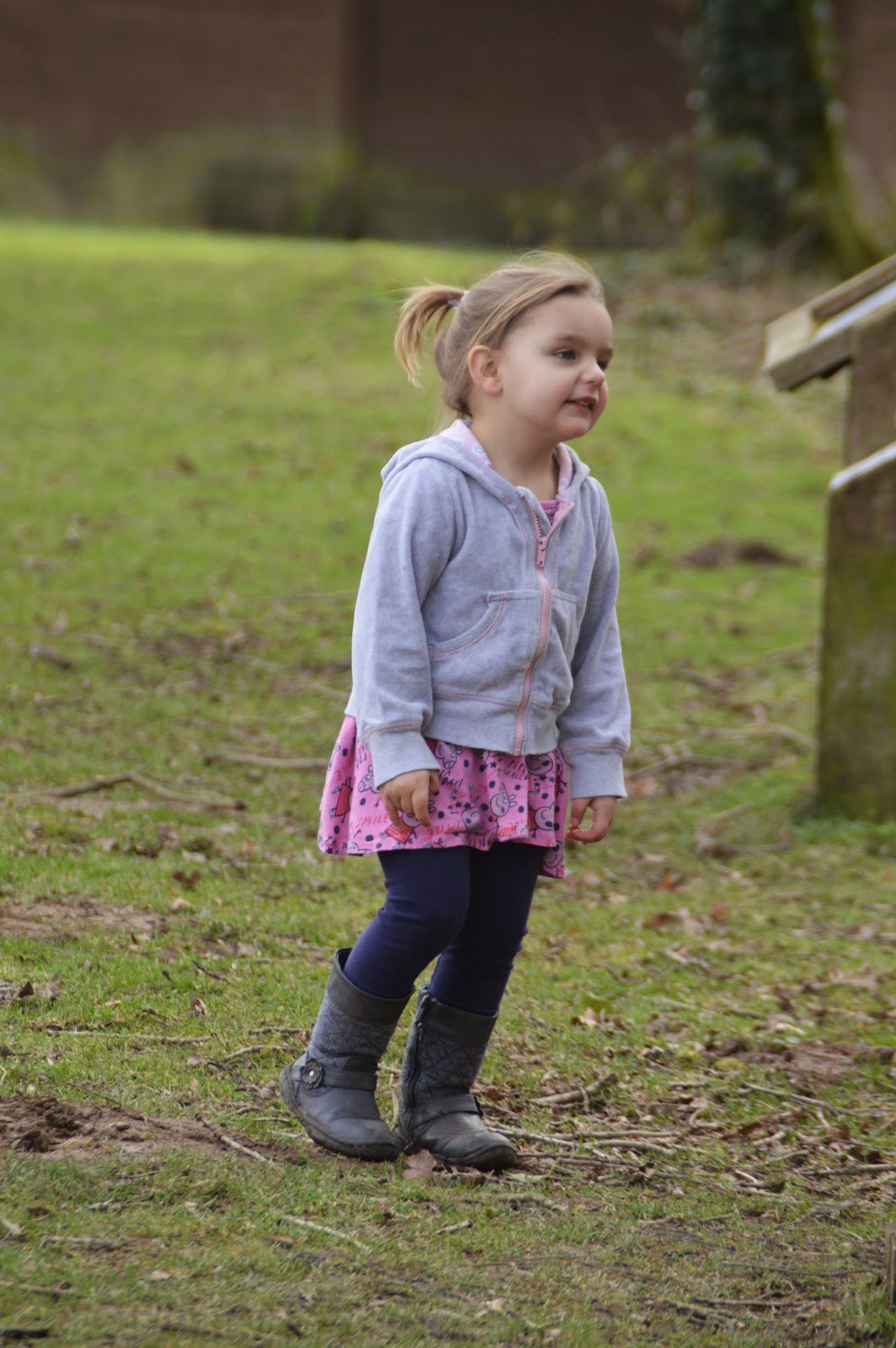 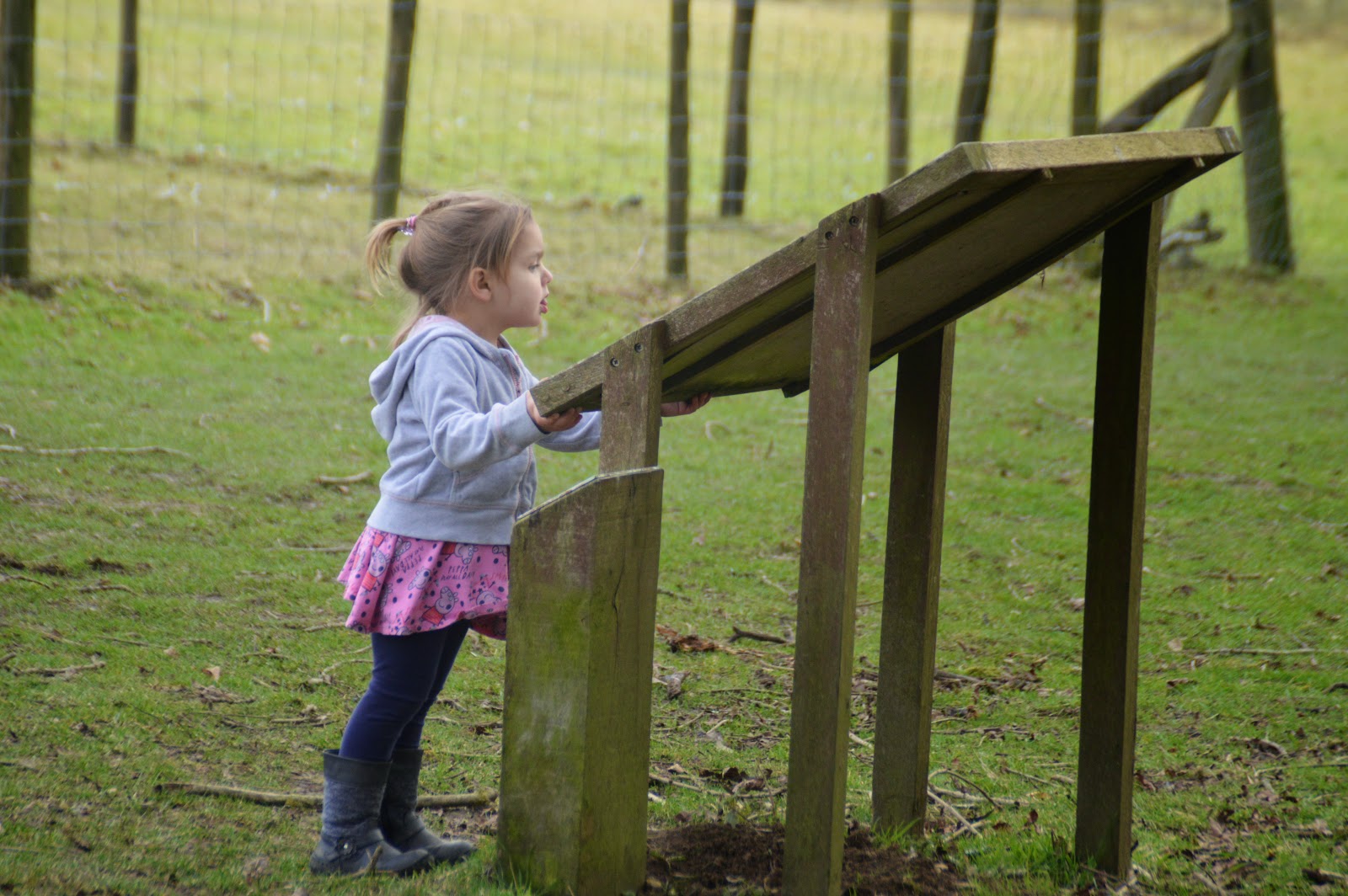 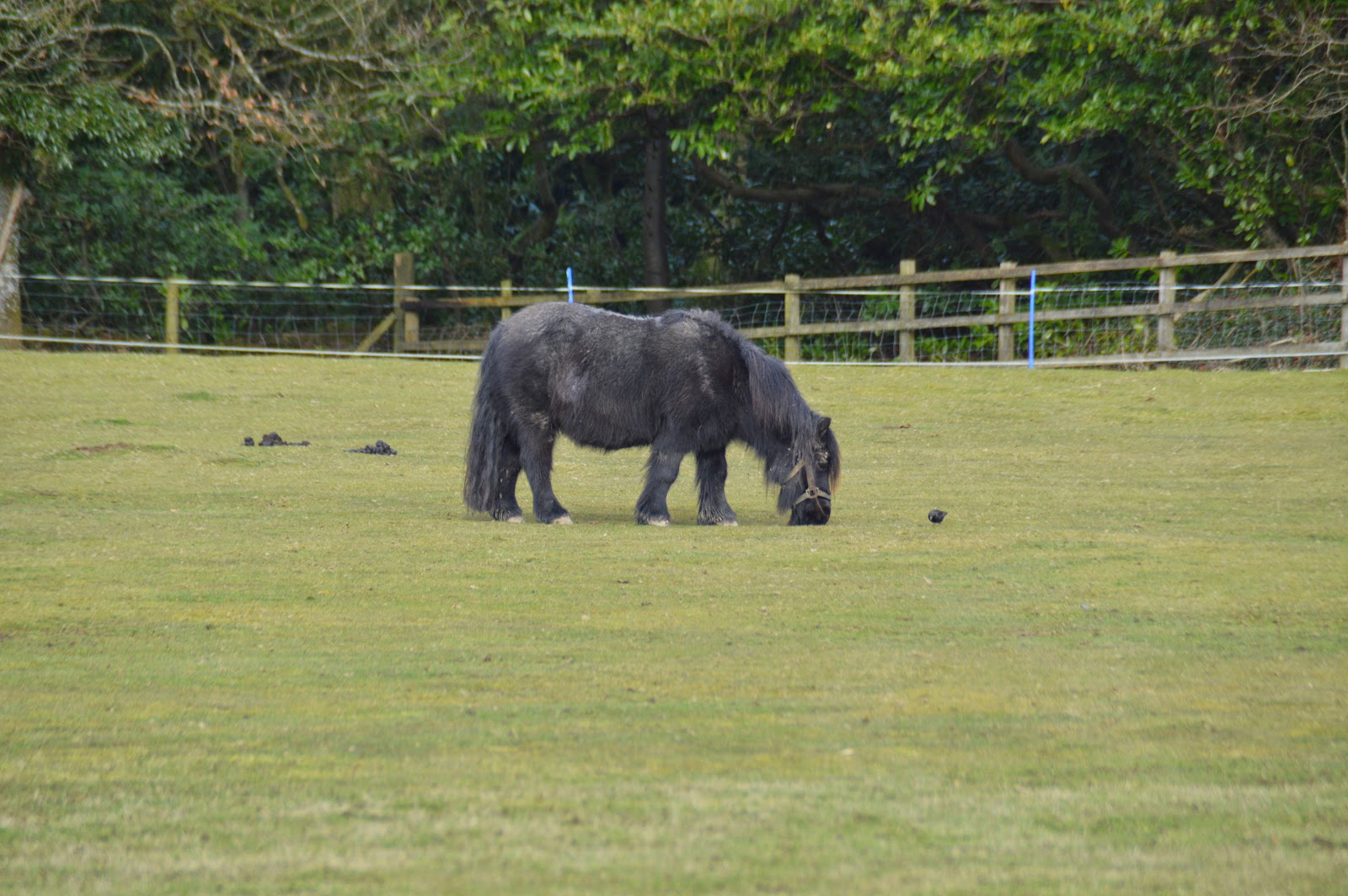 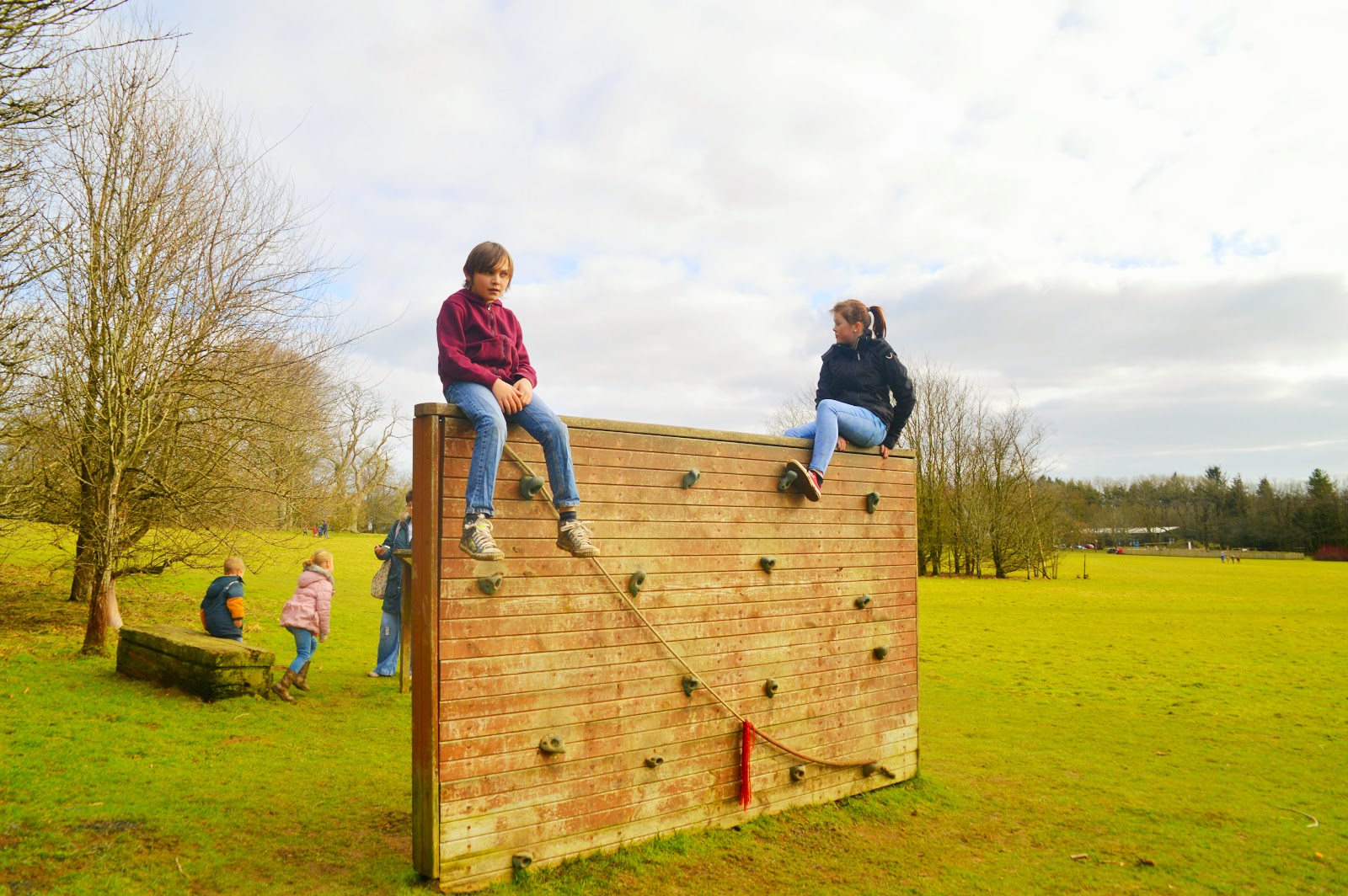 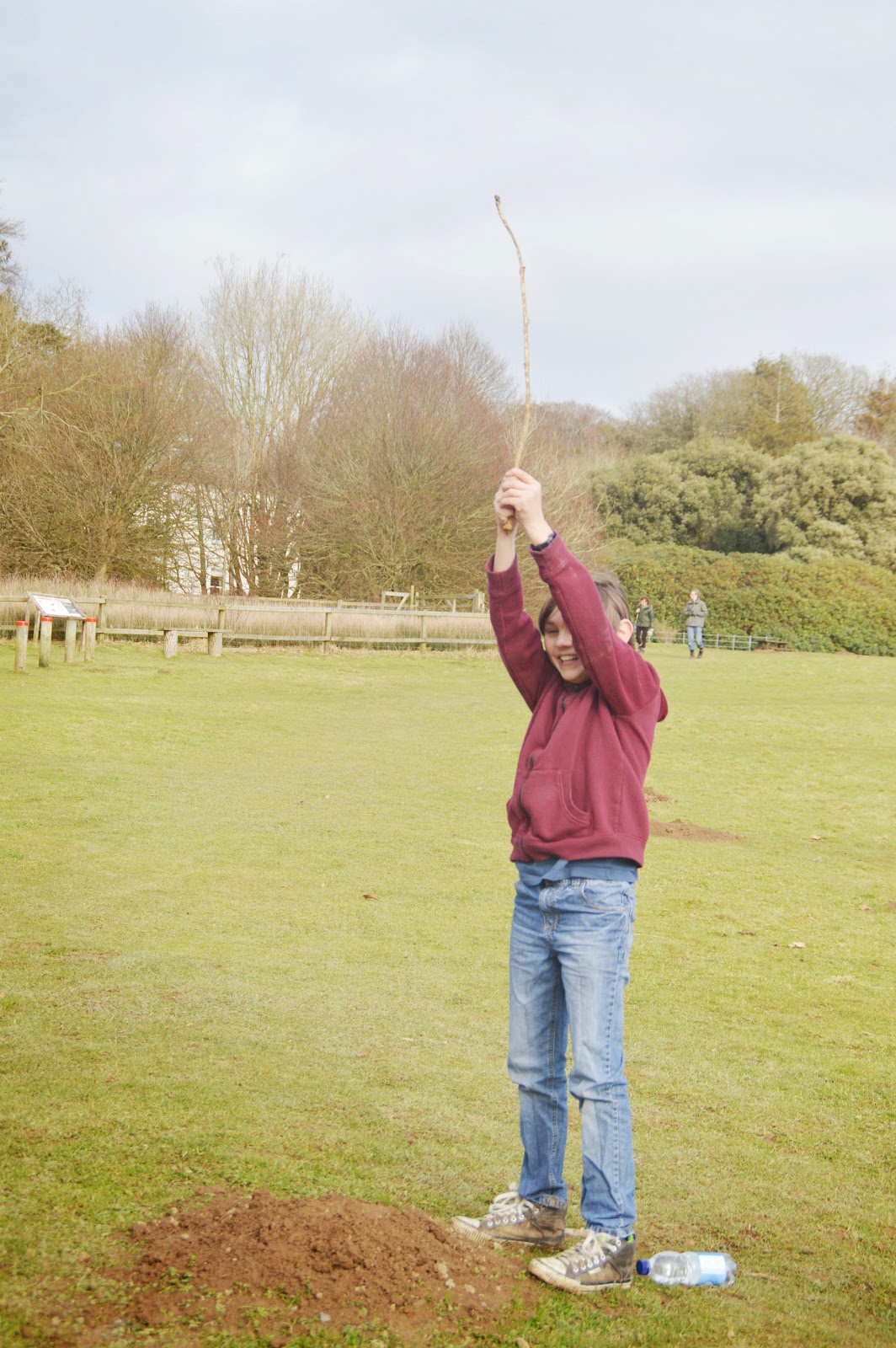 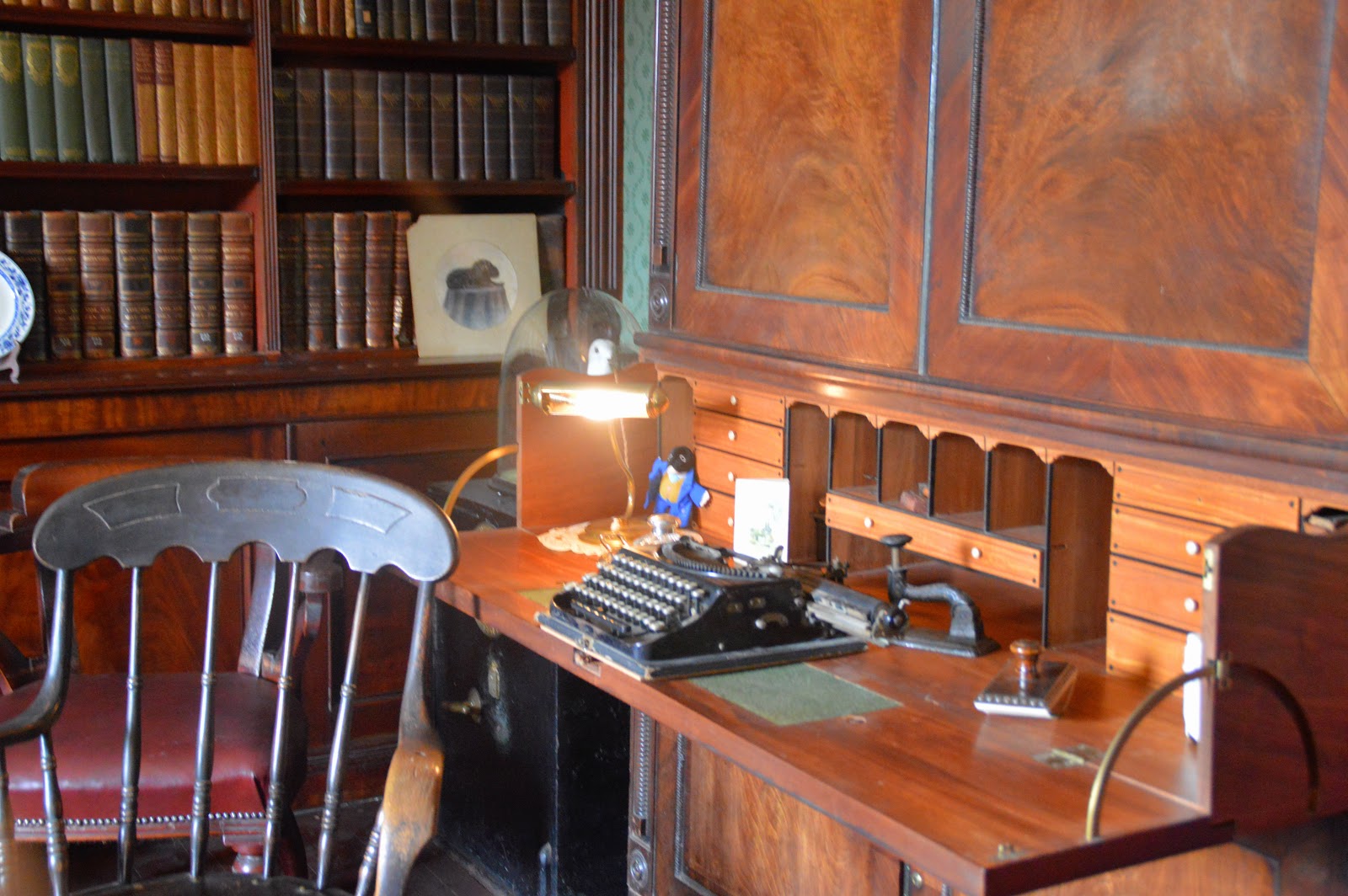 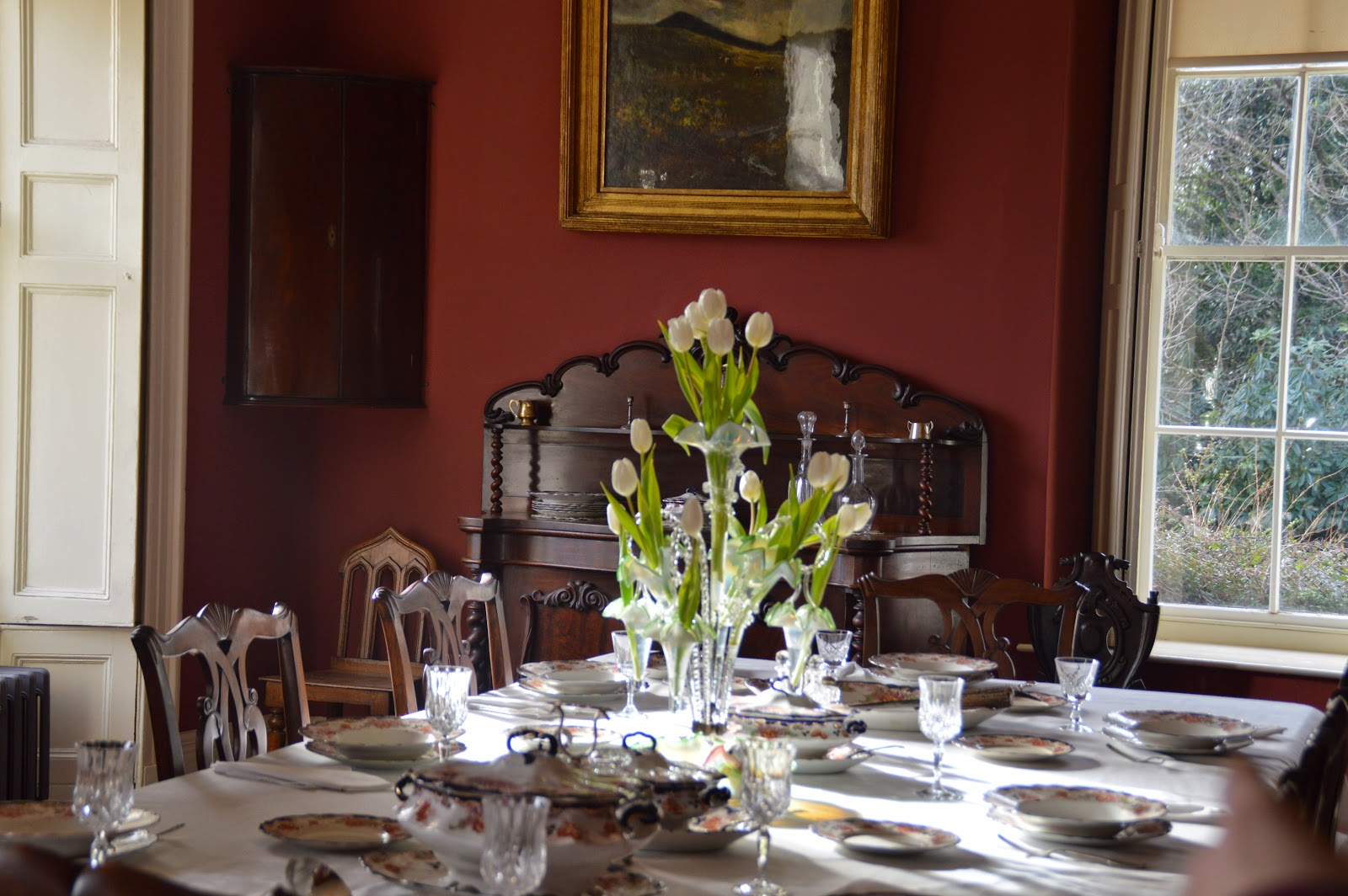 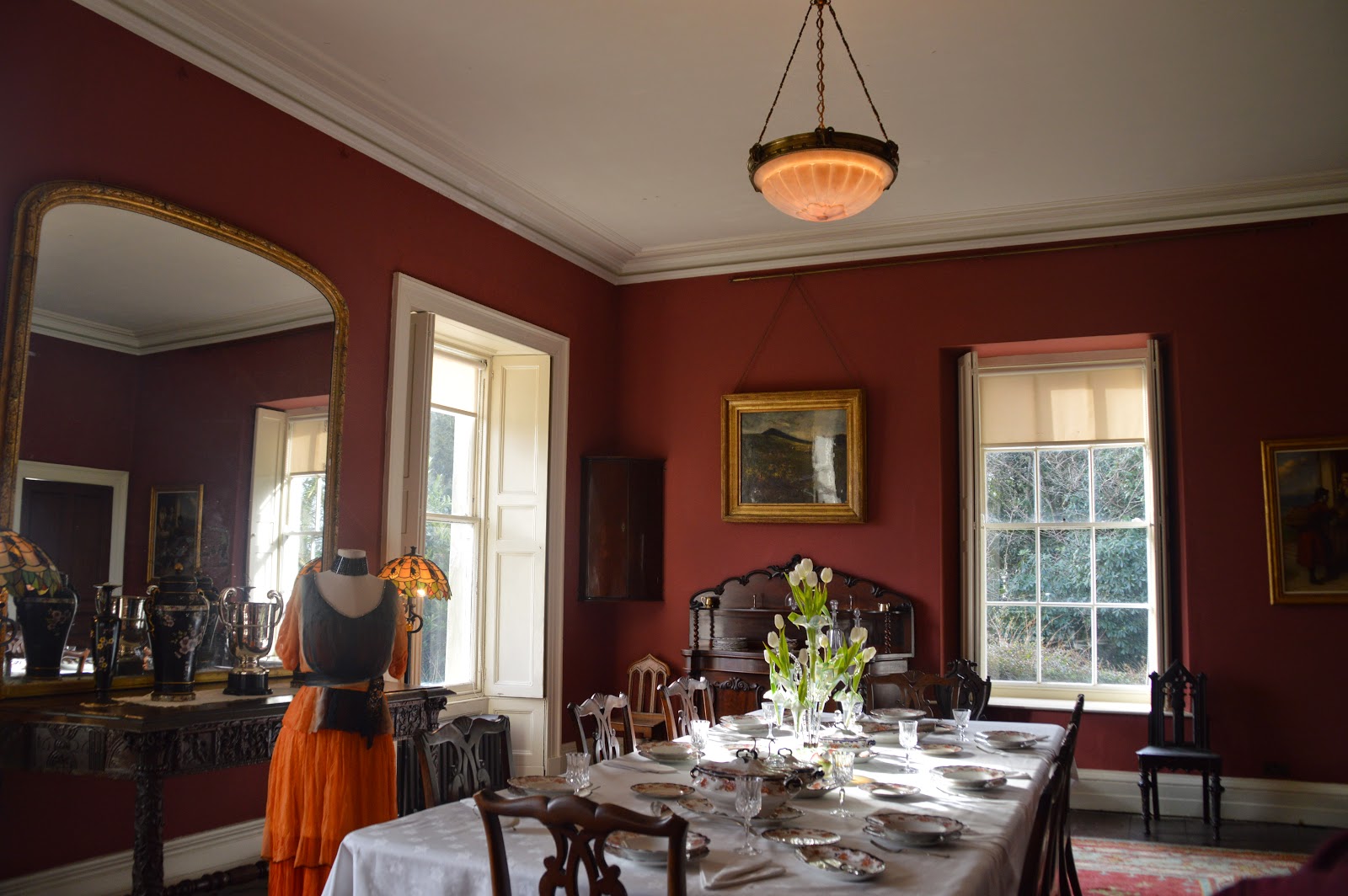 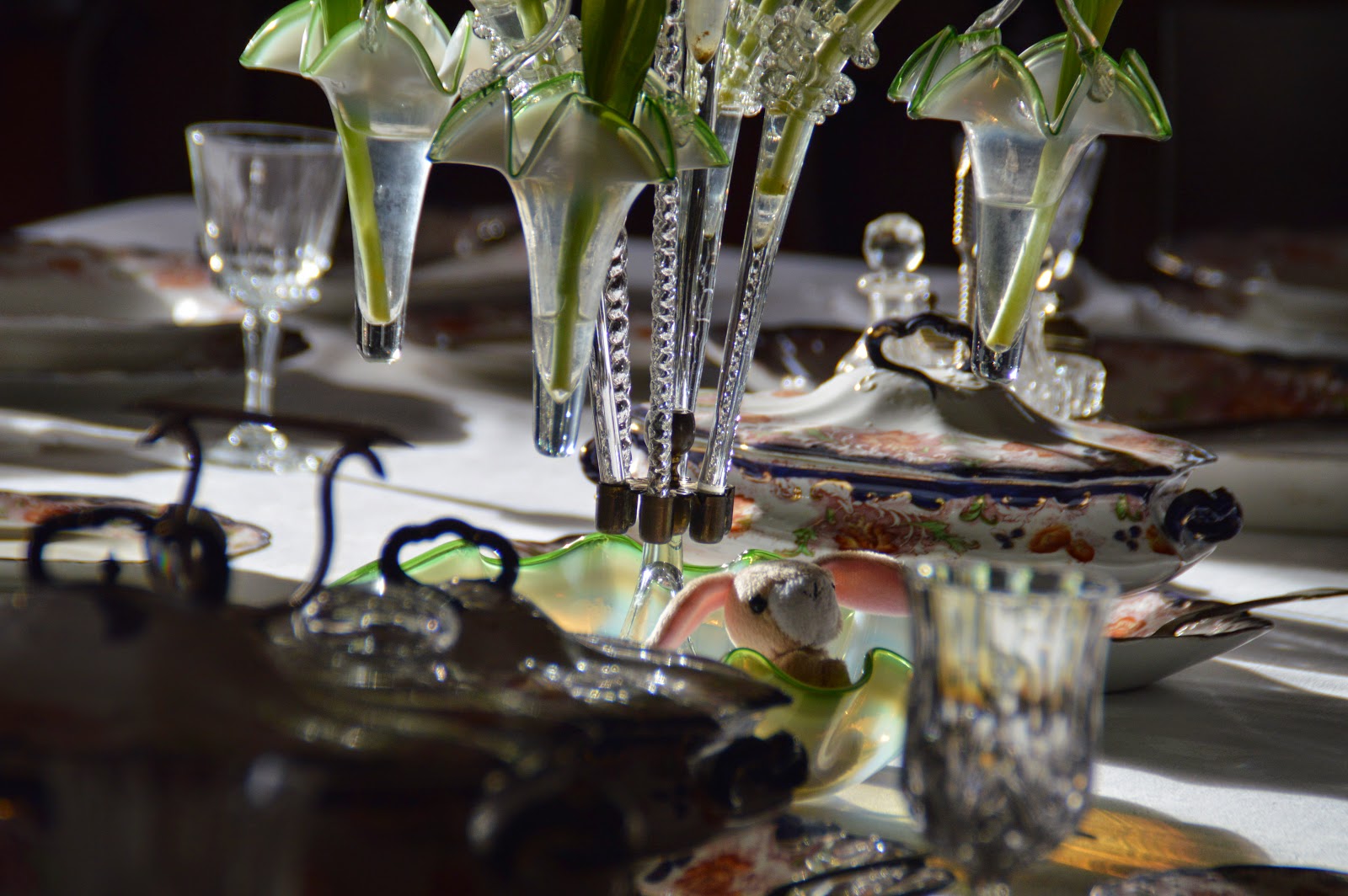 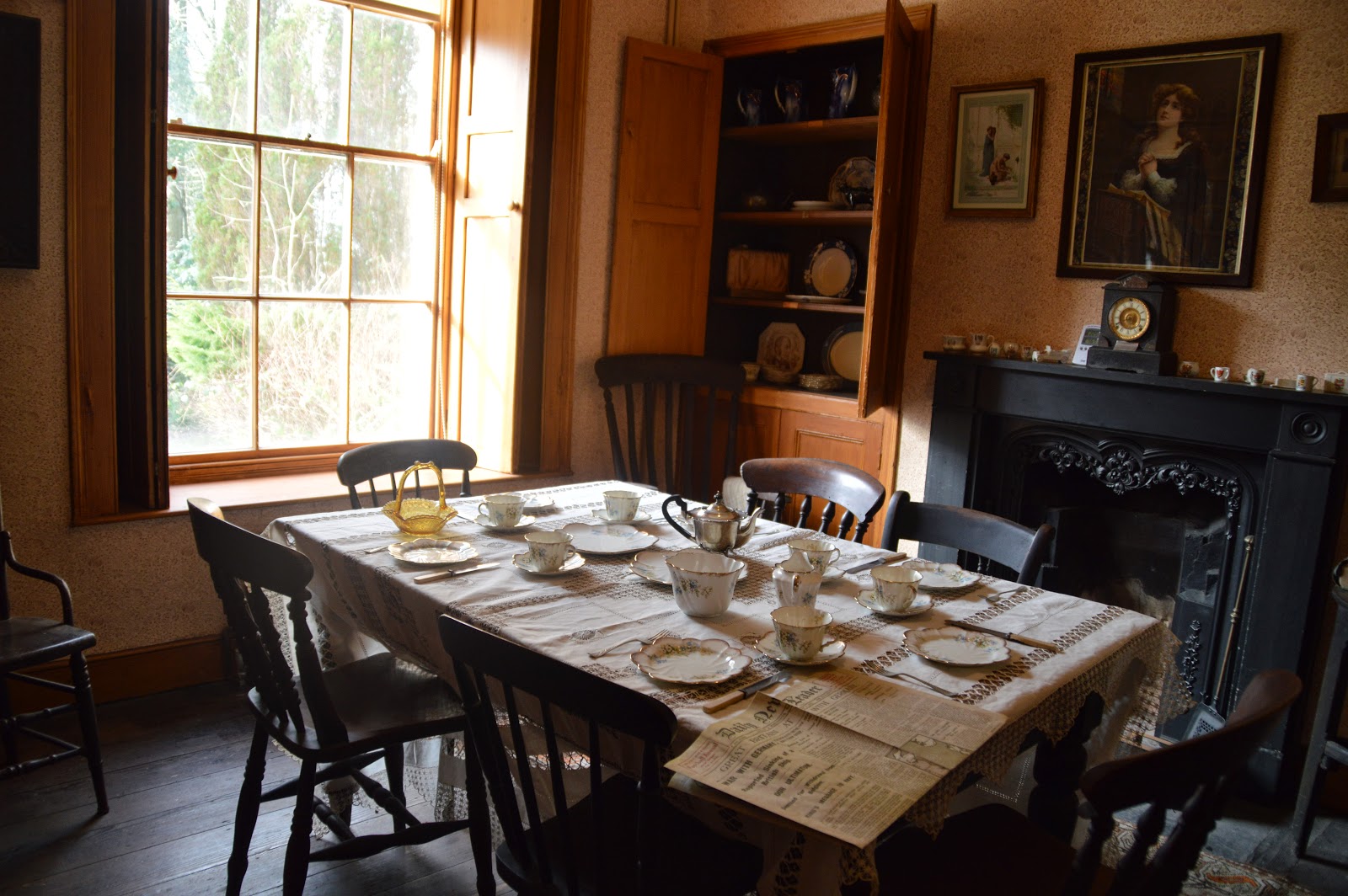 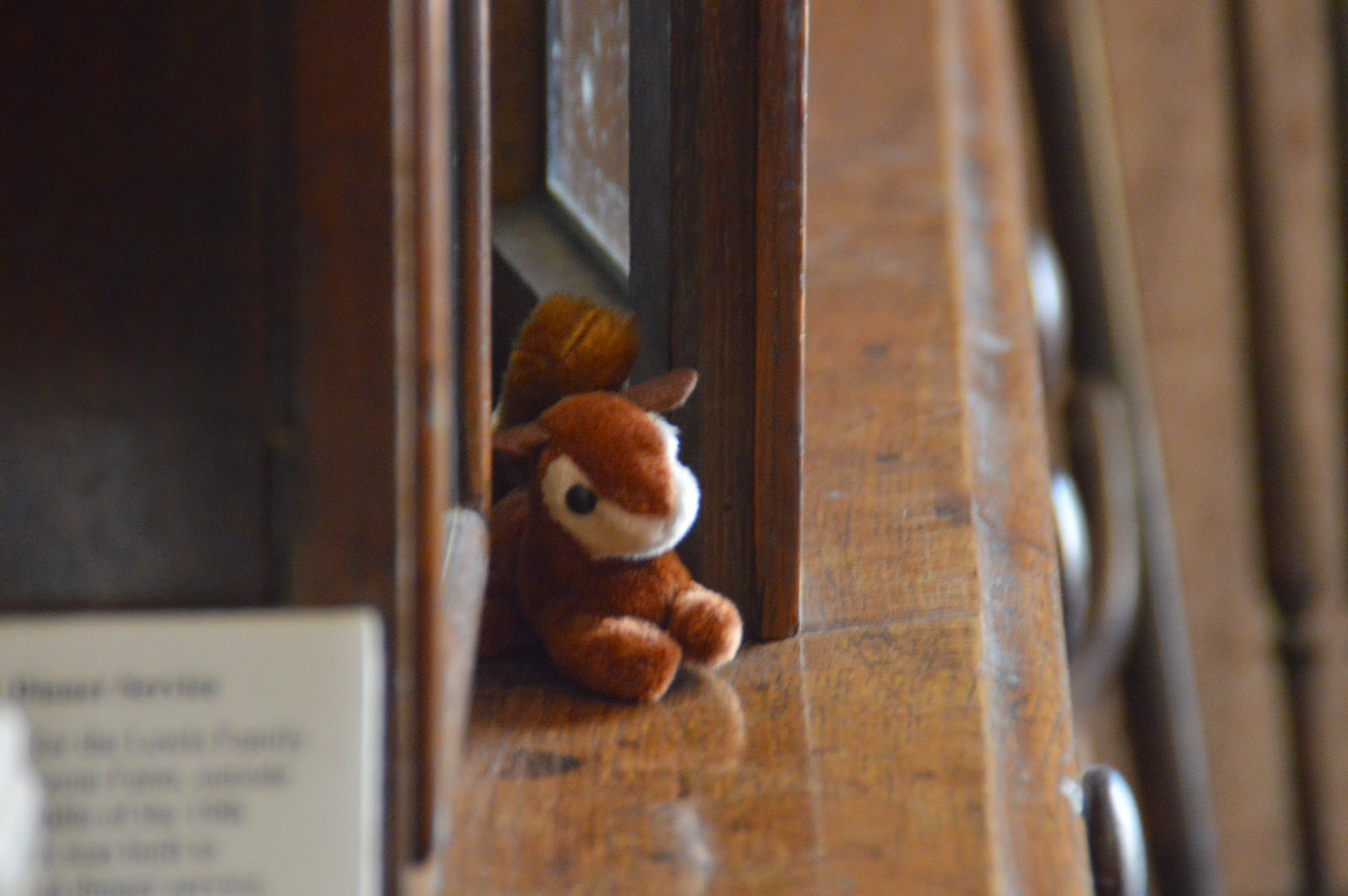 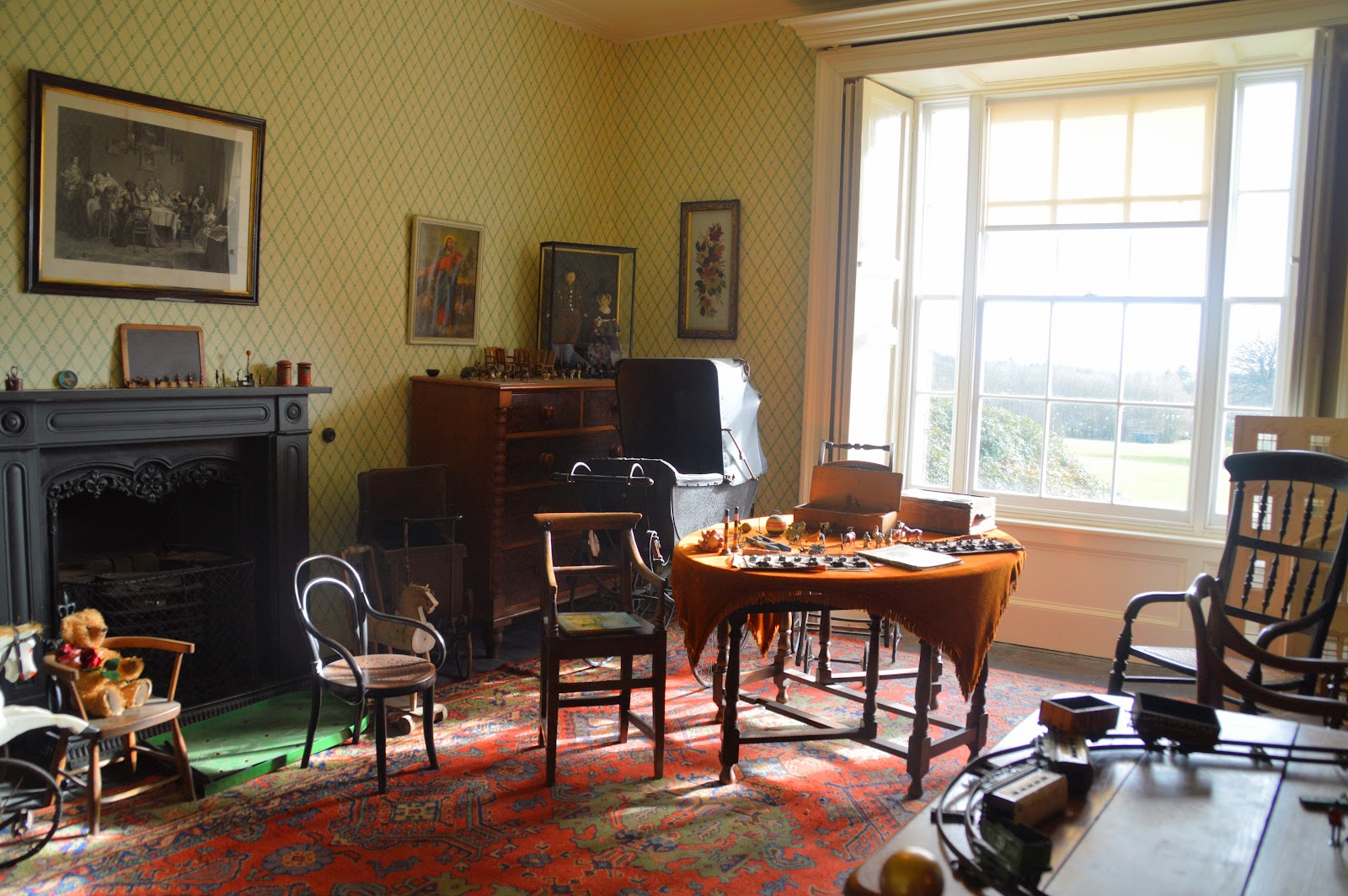 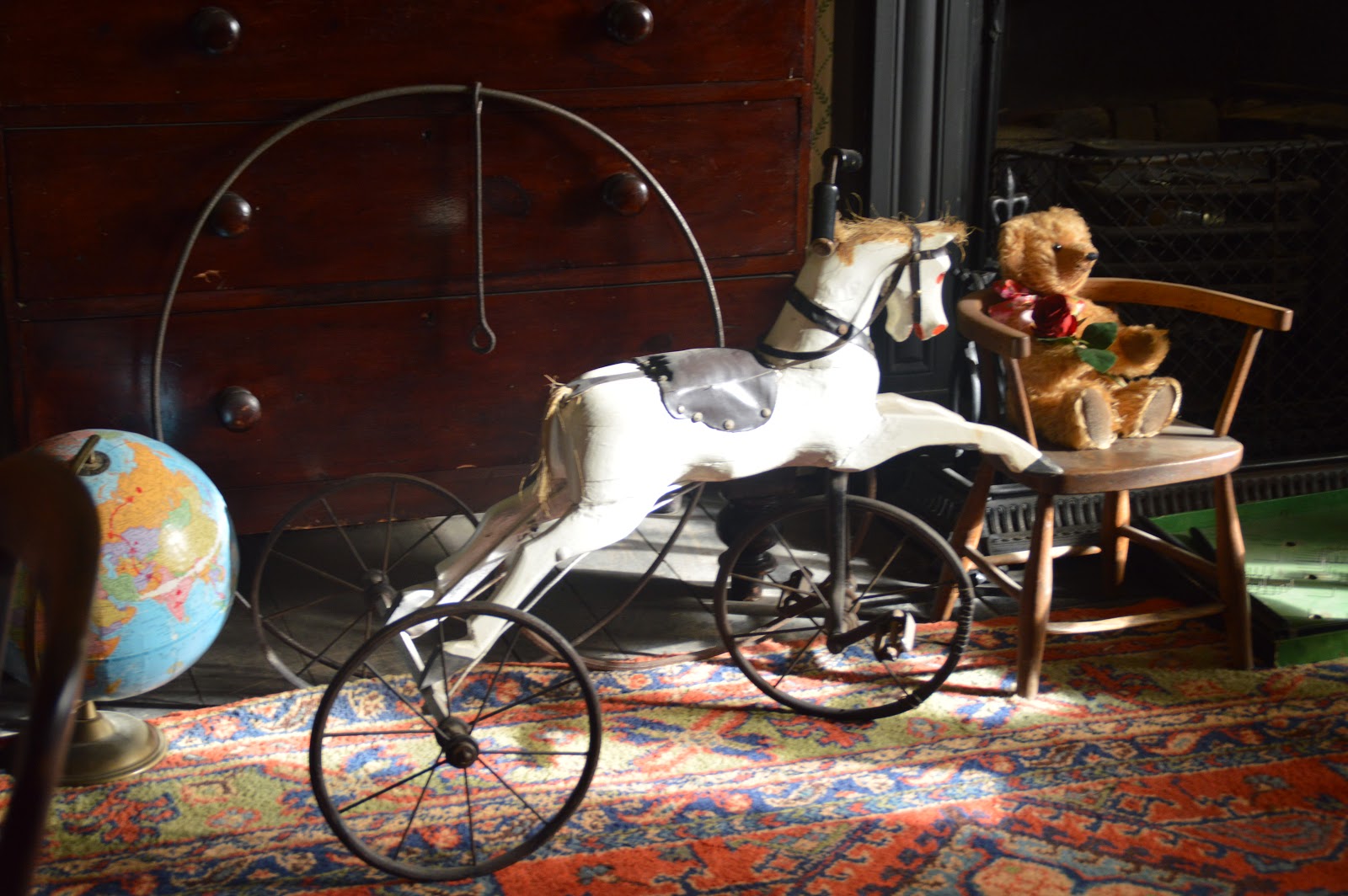 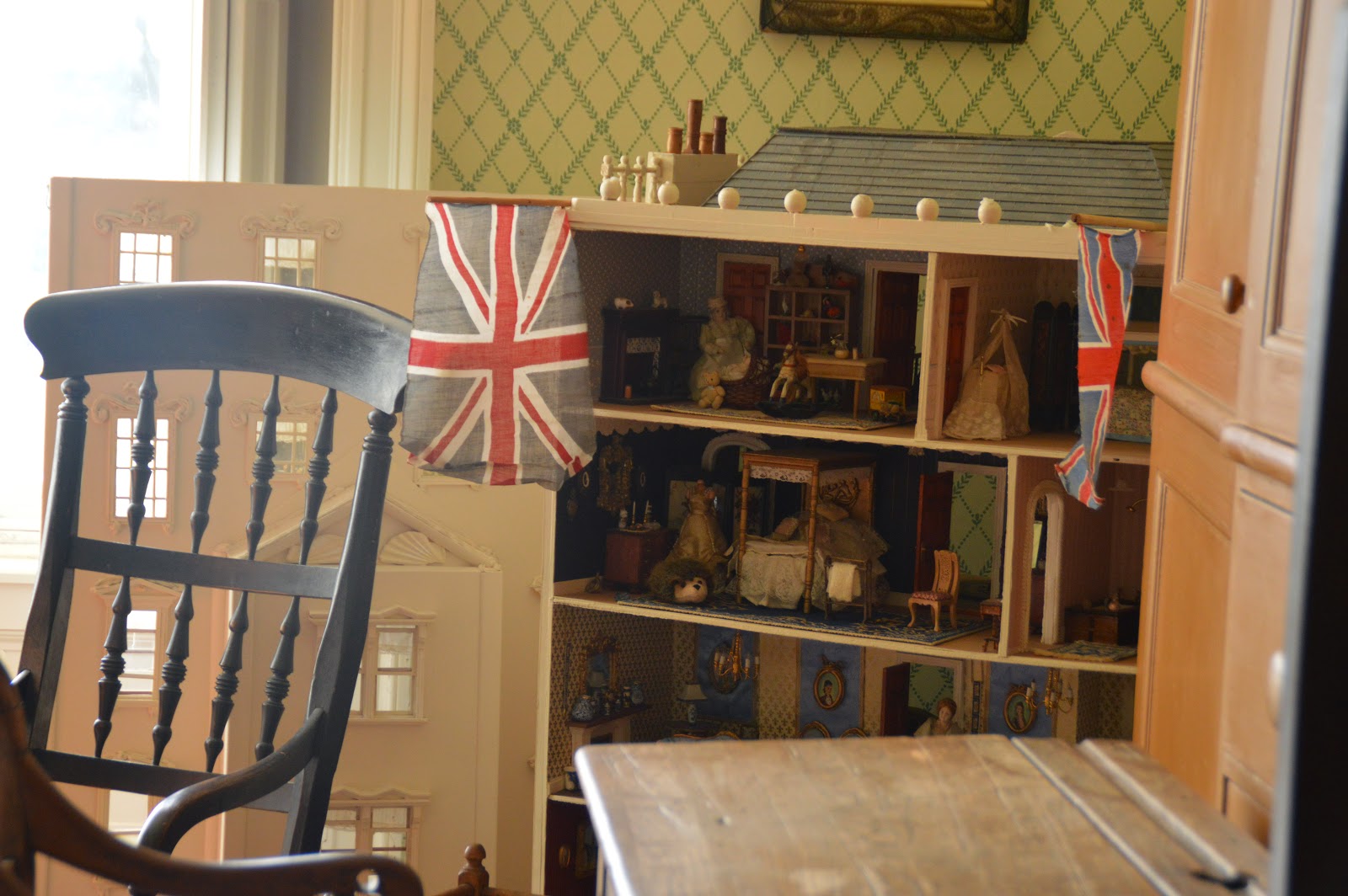 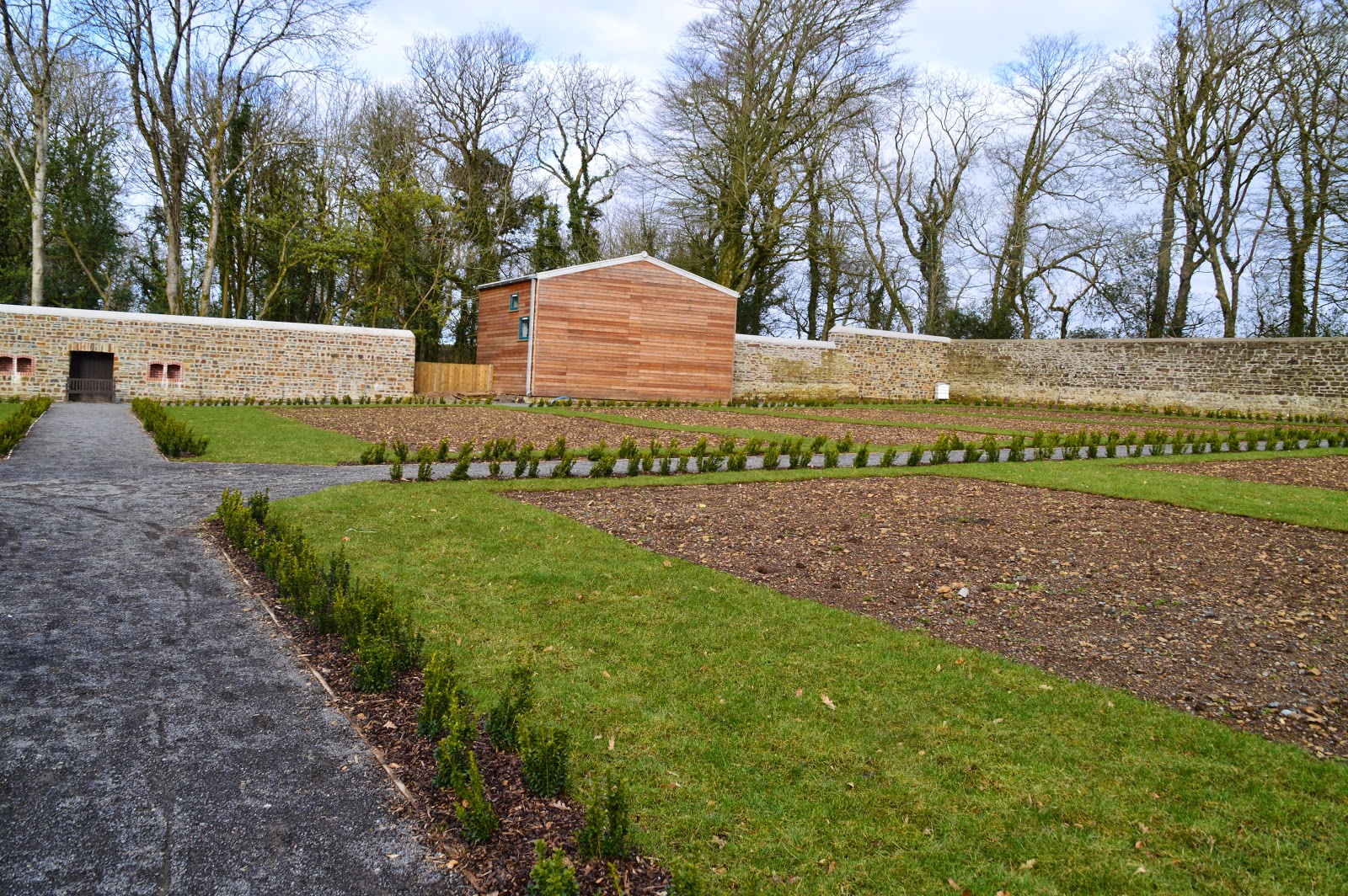 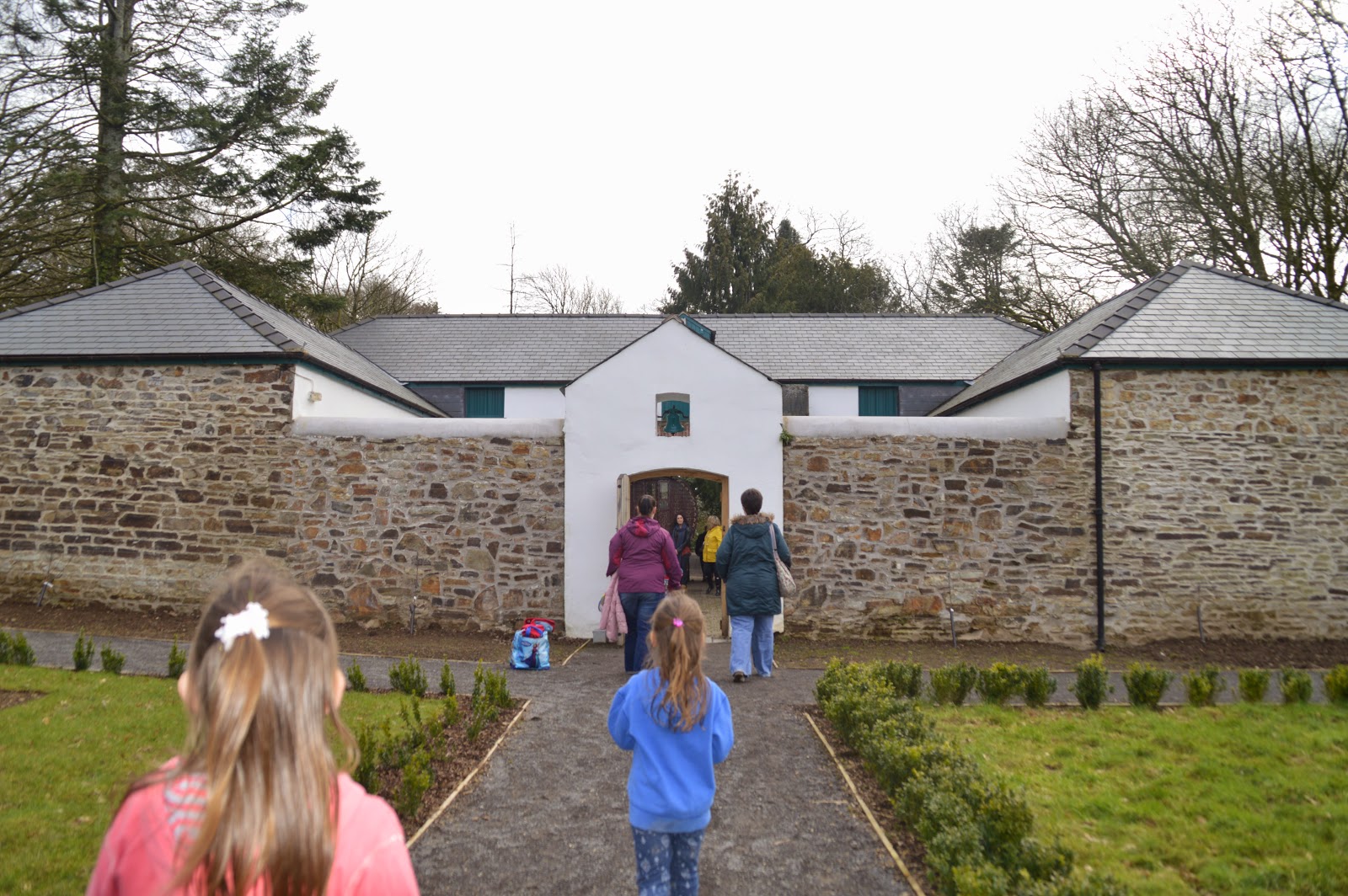 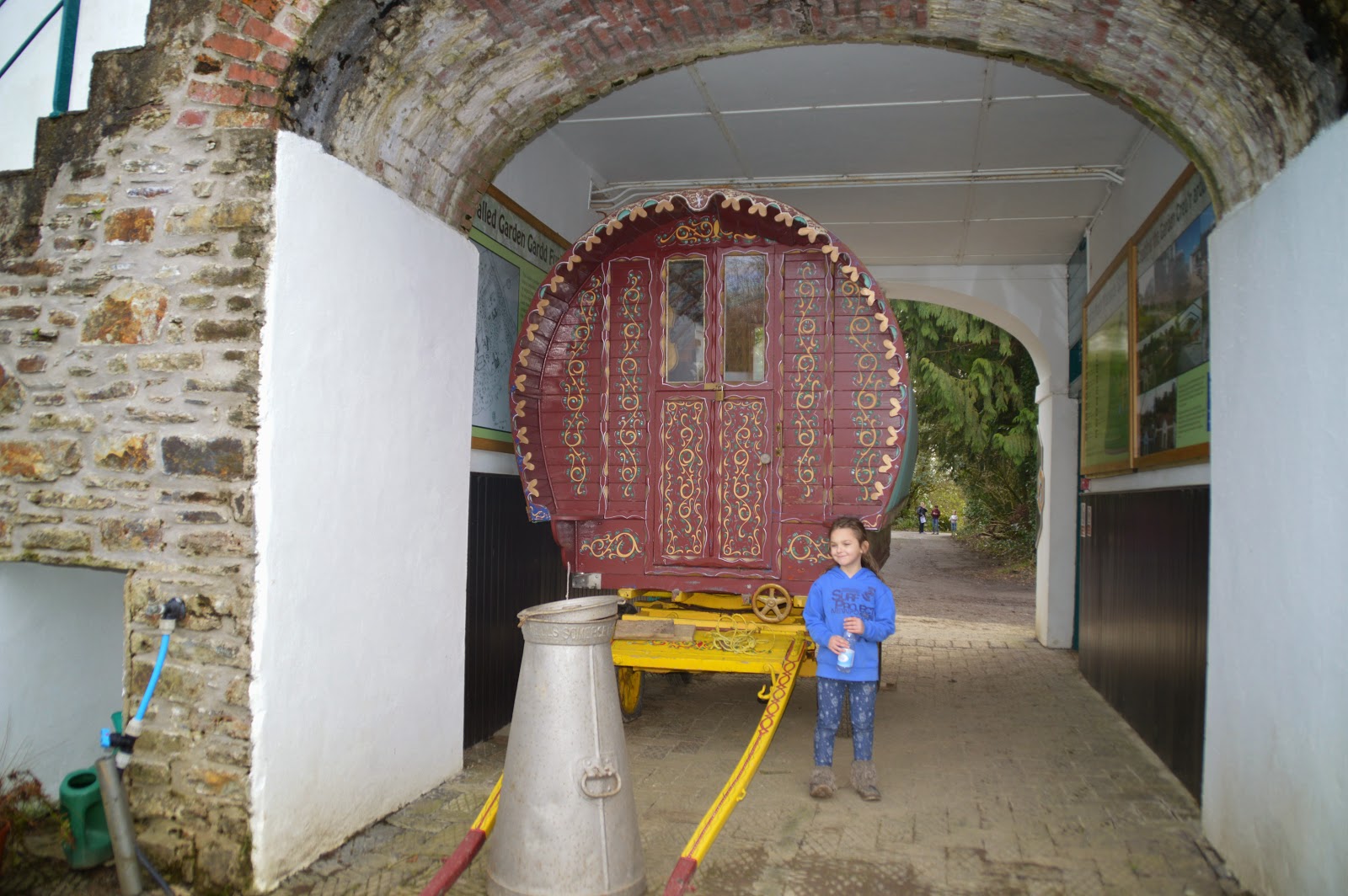 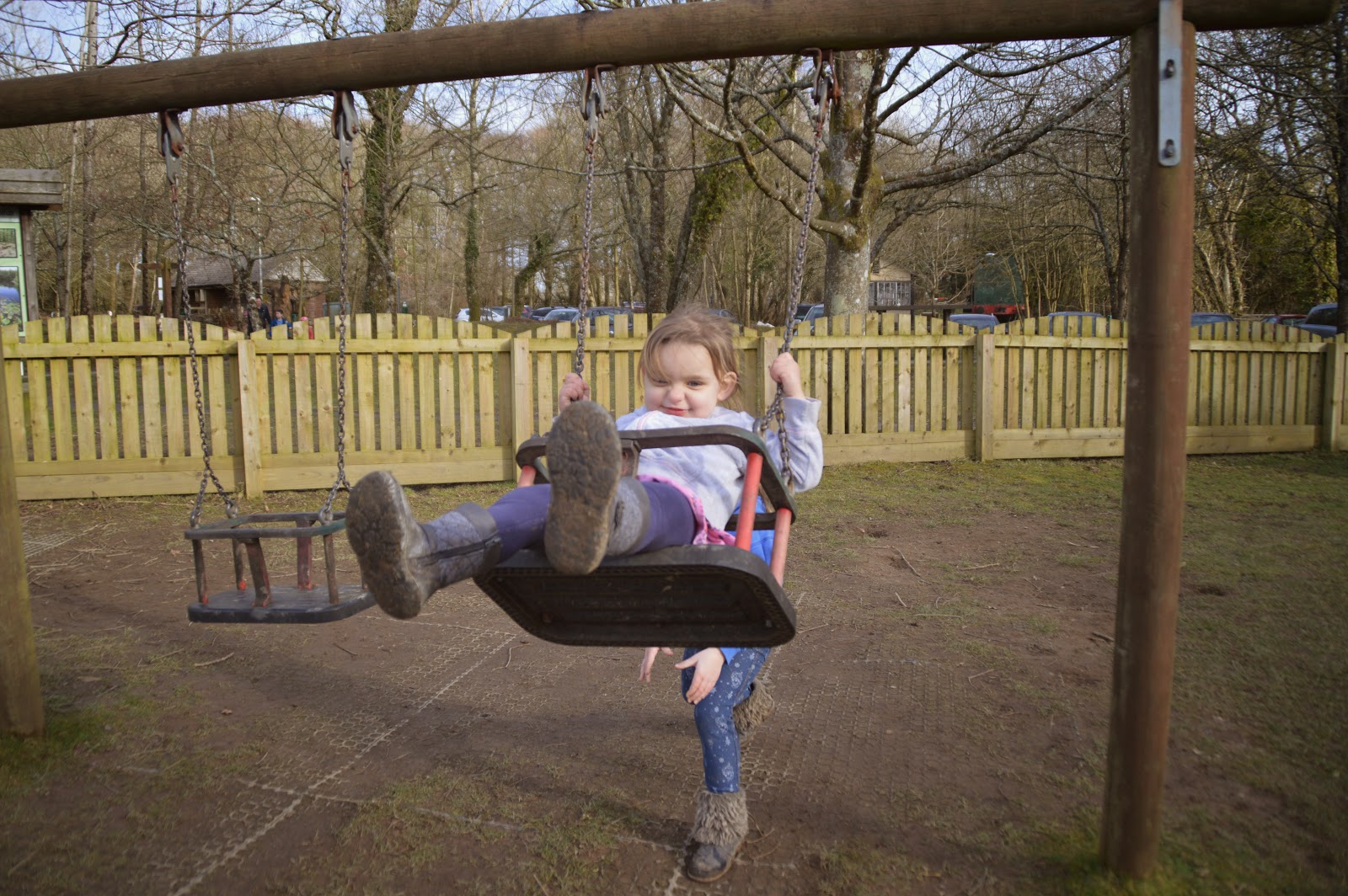 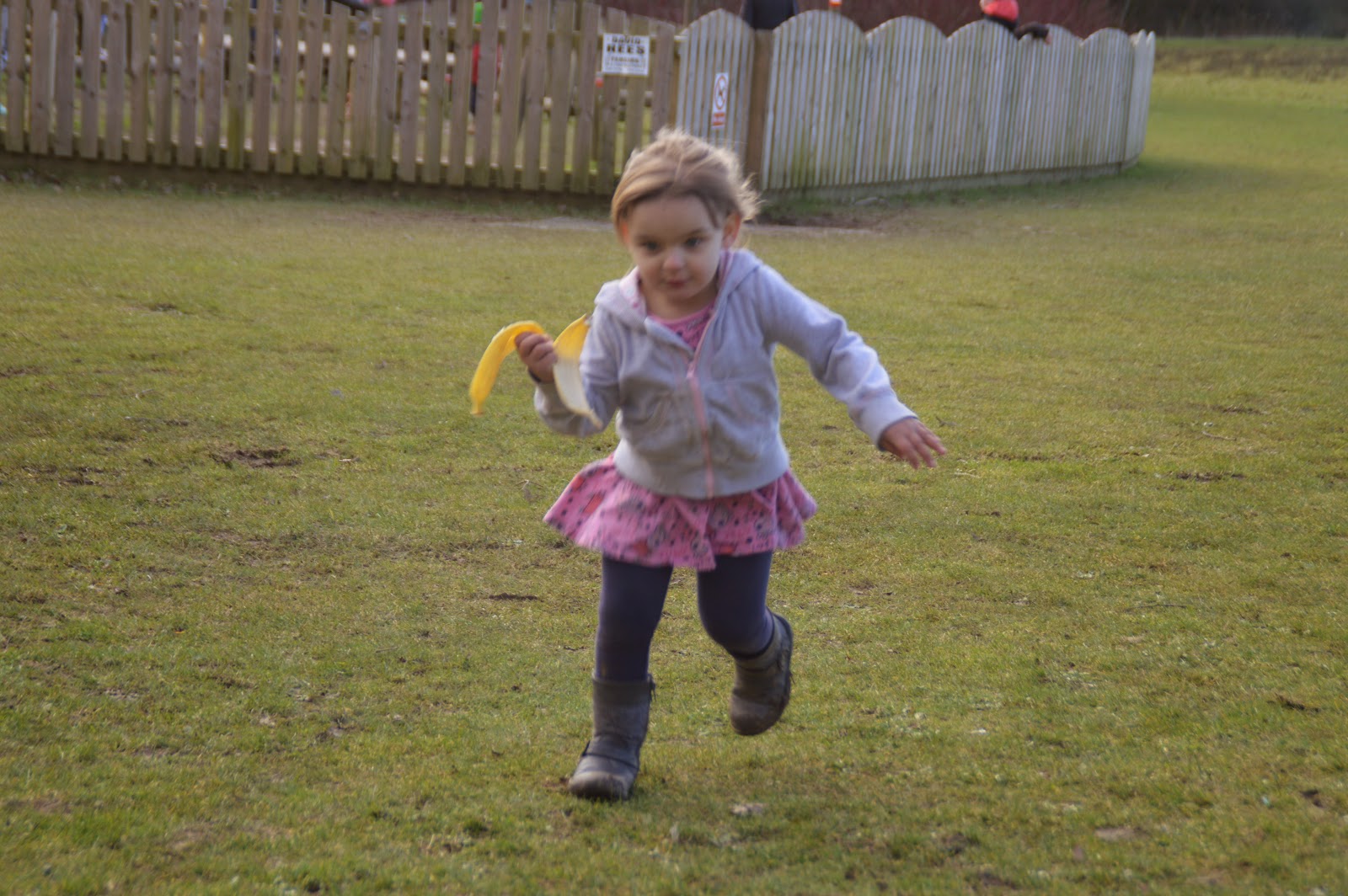 The good thing about a bad start to half term was it meant things could only get better.  We went out with friends the following day to Scolton Manor and it was a lovely day where all the kids immediately got on with each other and enjoyed themselves.

We started off with the usual woodland walk, maze and climbing frames. There are a couple of farm animals in the fields too.  The kids then asked to go into the Manor House.  In the past I’ve dragged them into the house while they’ve wanted to stay outside playing so it made a change them asking me!  If I’d known they wanted to go in I would have visited the house first before the muddy woods.

There was a fun treasure hunt for cuddly animals in the house while we were there- you may spot some in the photos above!

I always love looking at the Victorian rooms- my favourite ones are the Drawing room with the old typewriter and the nursery with the rocking horse, pram and doll house.

After the house we walked up to where the museum used to be.  Surprisingly the museum has been replaced by a new historic walled garden.  The agricultural collection has been moved to a new museum near the park, as has “The Margaret” Steam Train.  It was strange seeing these changes for the first time and I wish I’d visited the museum one last time before it was knocked down.  As well as good memories of visiting there with my kids, I also used to love walking around there with my late Nanny, Grampy and my Dad.  Dad used to love the old farming equipment- there are a few bits still in mum’s garden that he collected.  I used to love the old fashioned built in bed that was on display in there.  It was one of those things that always stuck with me and for some reason has appeared in lots of my dreams over the years.

We also loved the  Tufton Shop.  Thankfully, Scolton Manor are applying for funding to re-erect this traditional shop as a historic piece but they may also run a real farm shop from it as well.  I look forward to seeing these new developments.

There is a lovely cafe there too which sells delicious food.  We love having a hot chocolate or ice cream there as a treat.

We then took the kids back to the play parks for a play and picnic.  Rebecca enjoyed the swings- she stayed on for so long that she found it hard to walk when she got off!  Izzy and Caitlyn played nicely together around the different parts of the park.  Danny played badminton with his friend.  In the photo of Danny with the stick he is re-enacting Arthur and the Sword in the Stone!

Every time we go to Scolton we get something different out of it- sometimes the kids spend the whole day just making bridges to cross the ditch and making dens.  The woodland is really fun to explore!