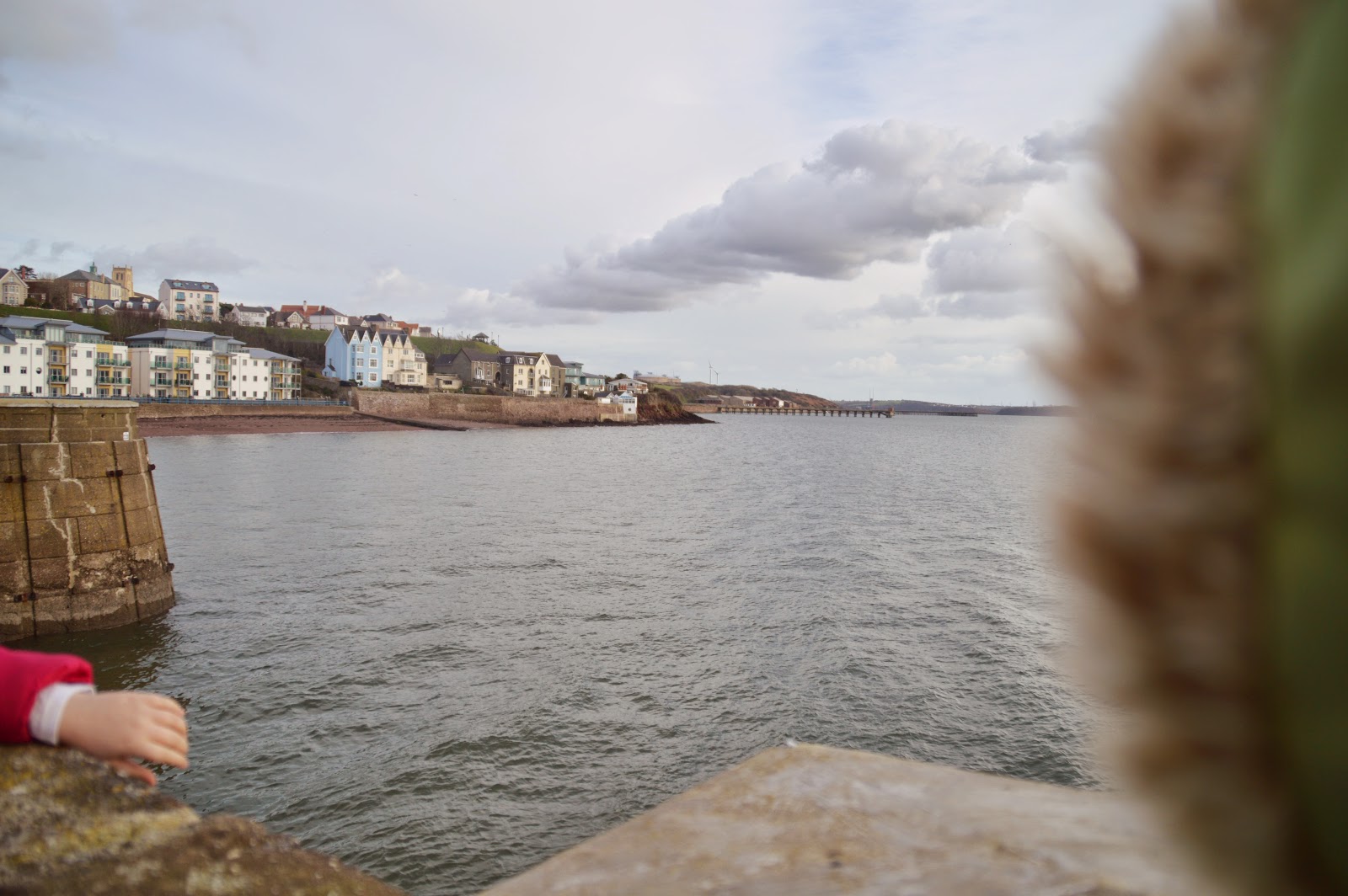 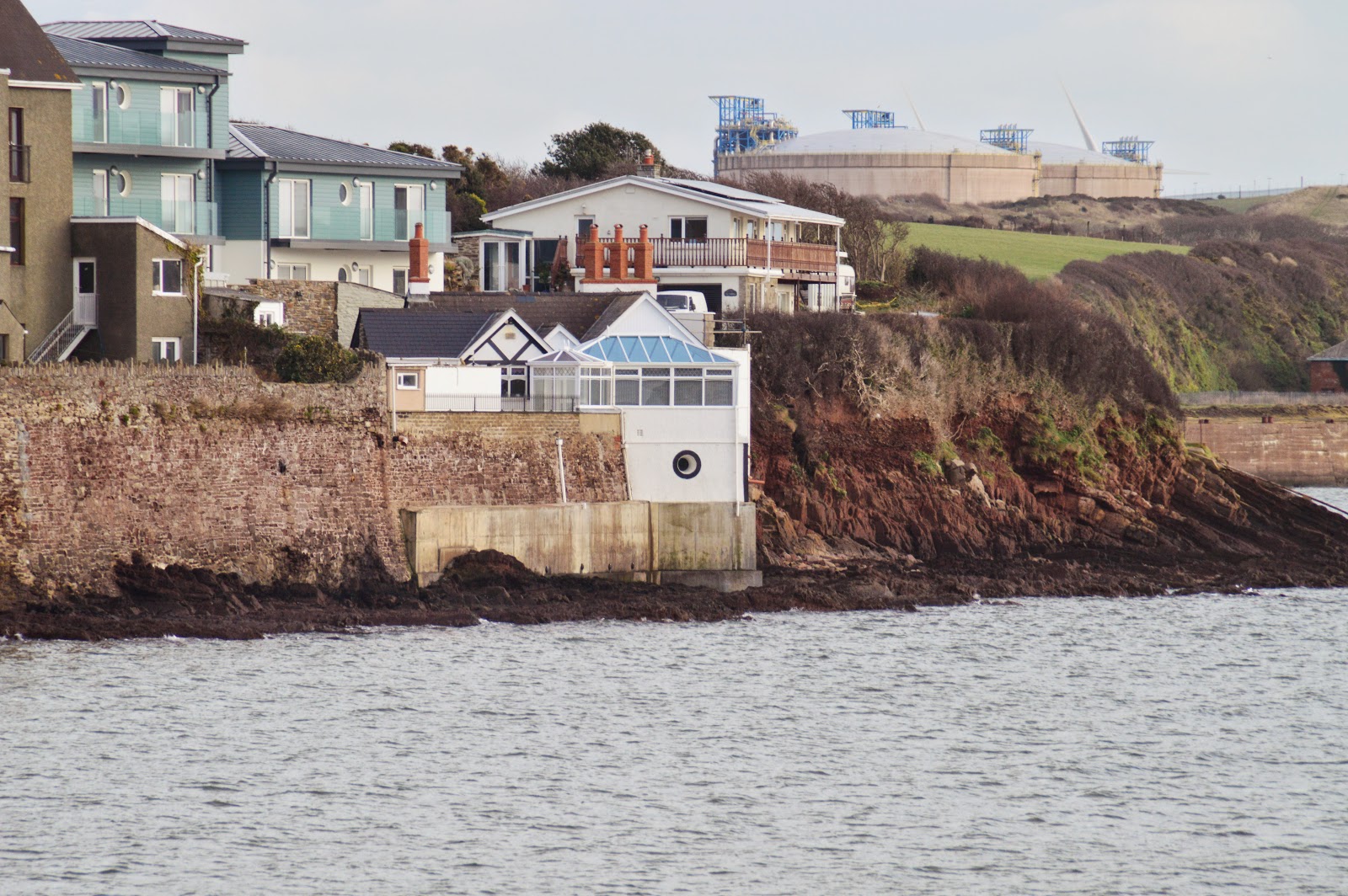 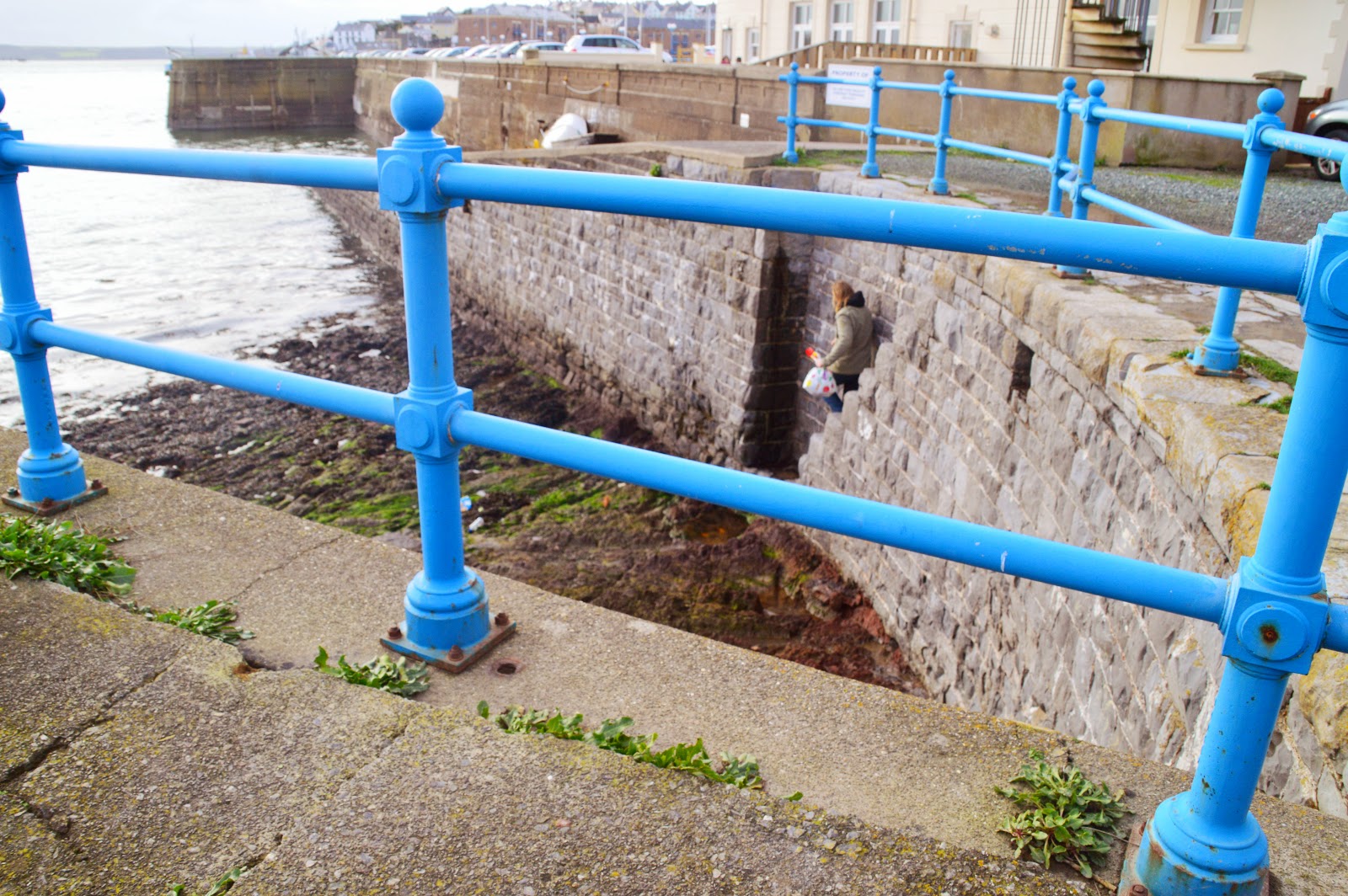 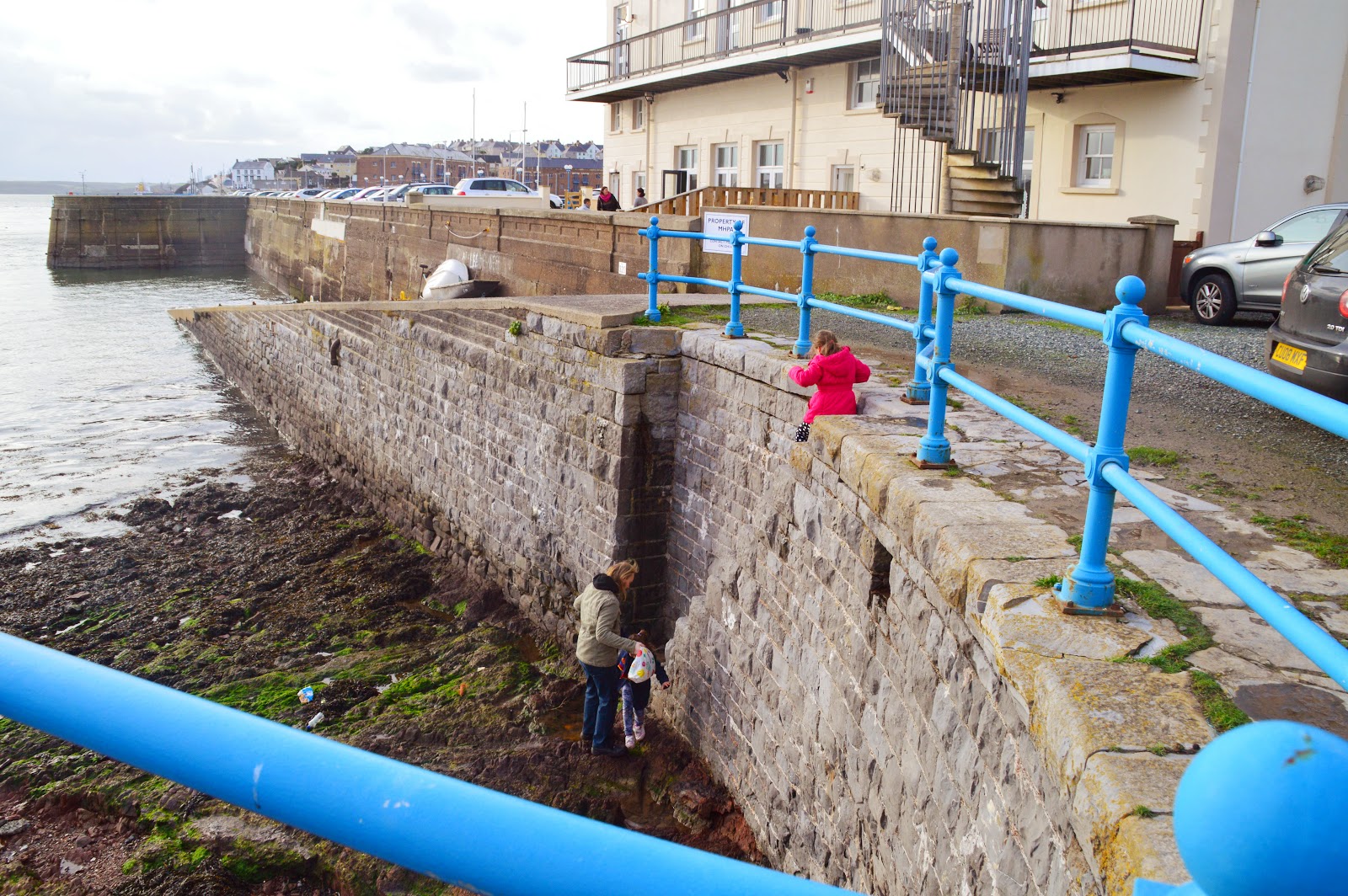 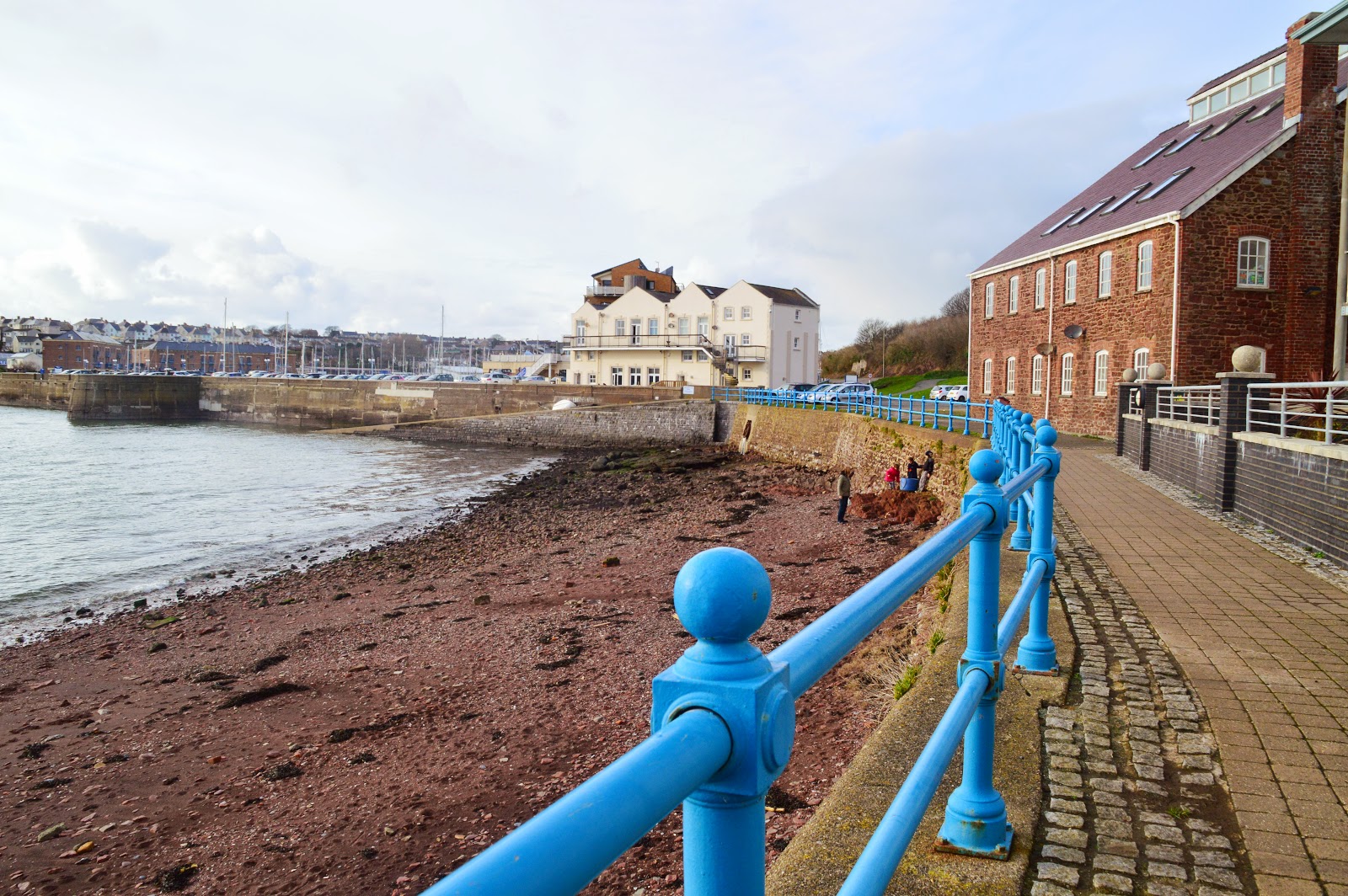 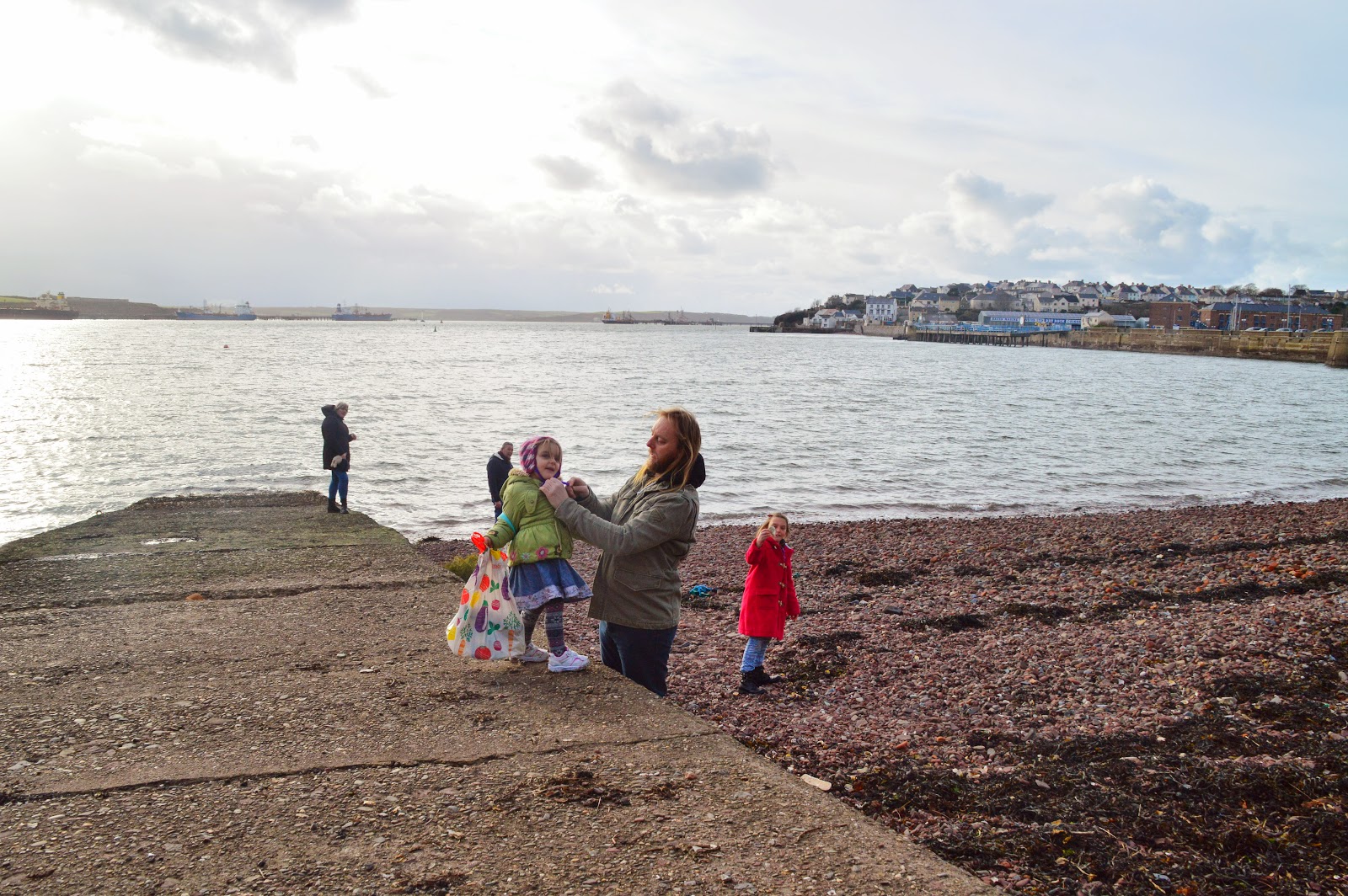 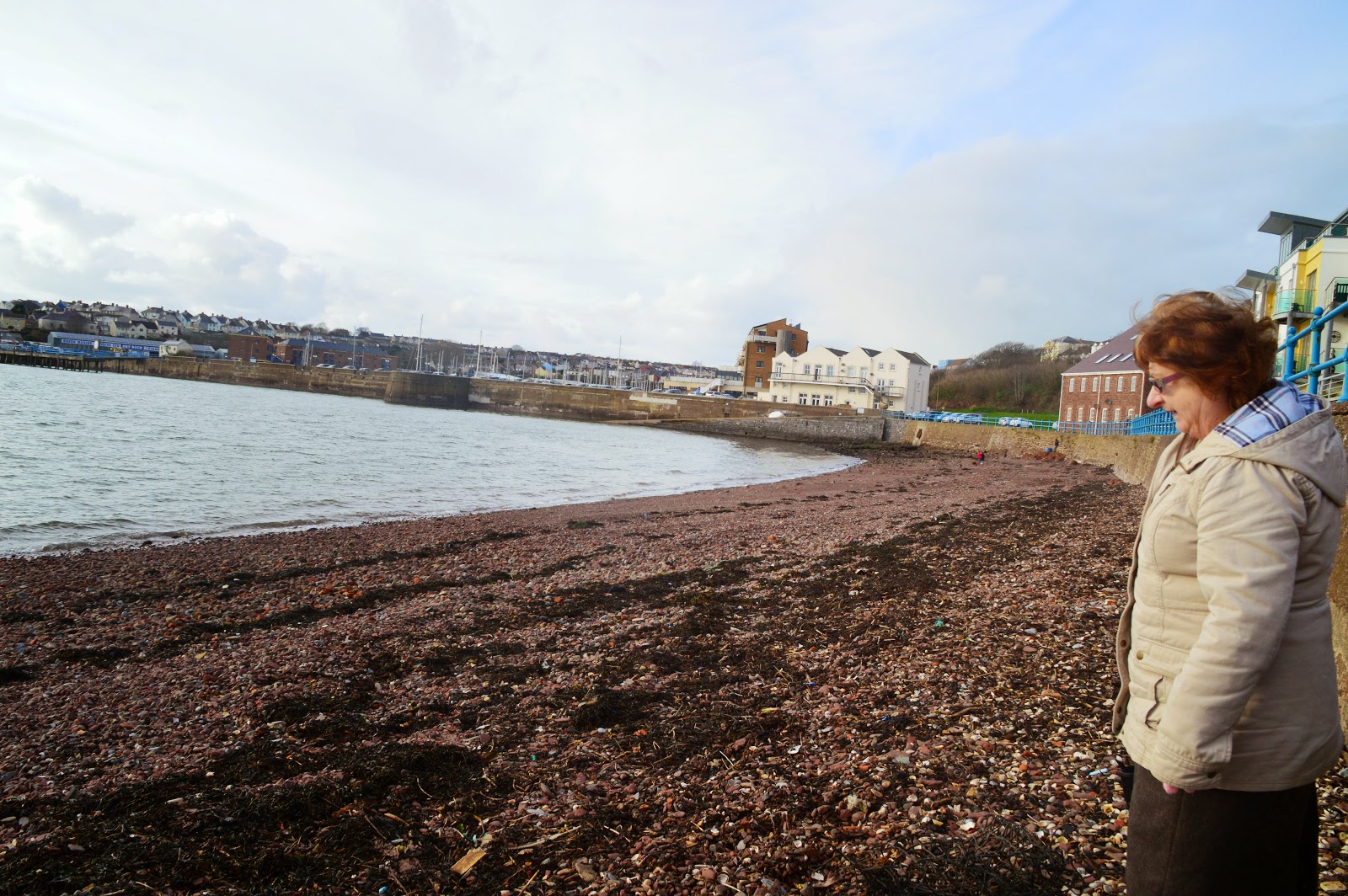 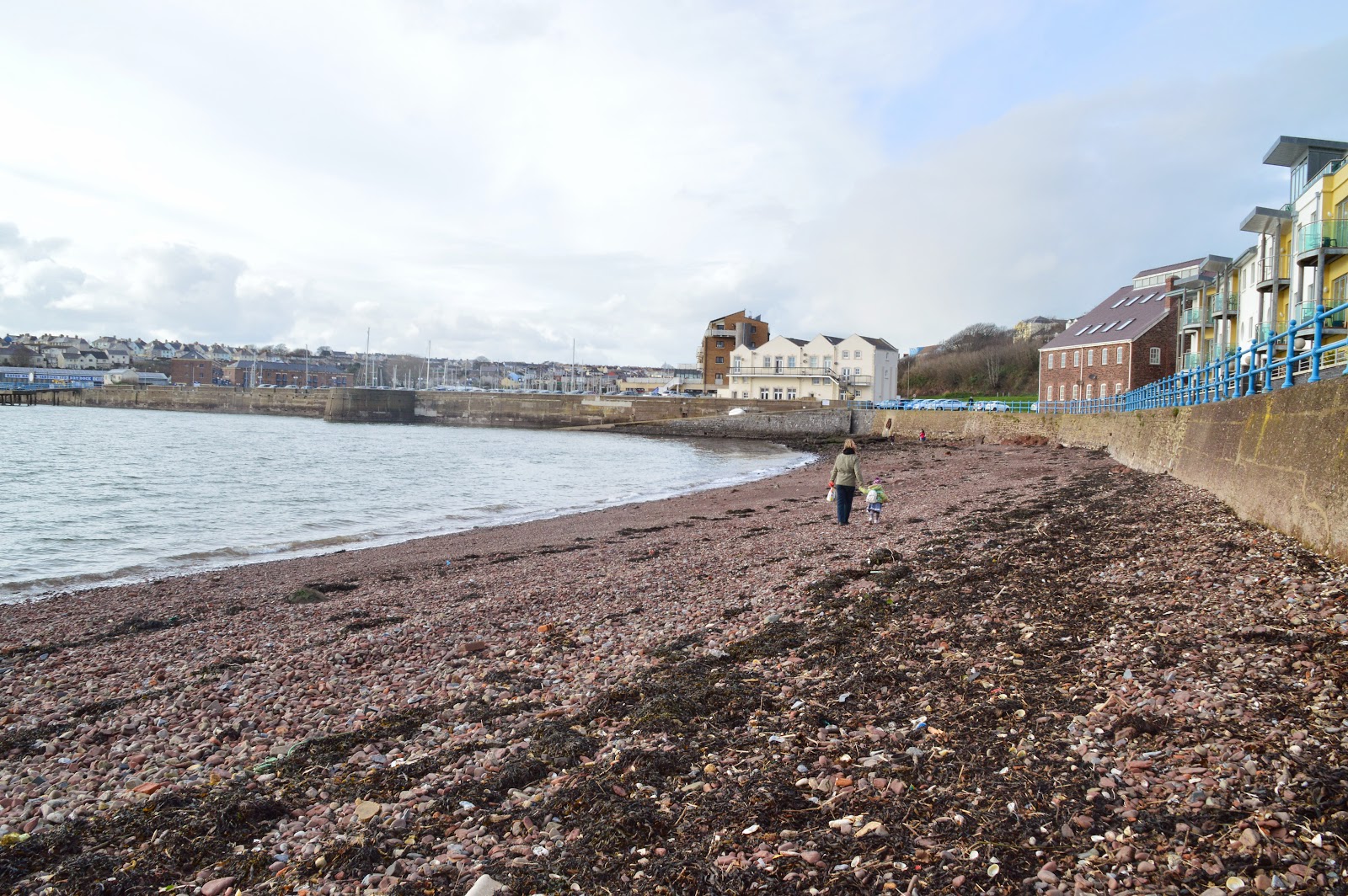 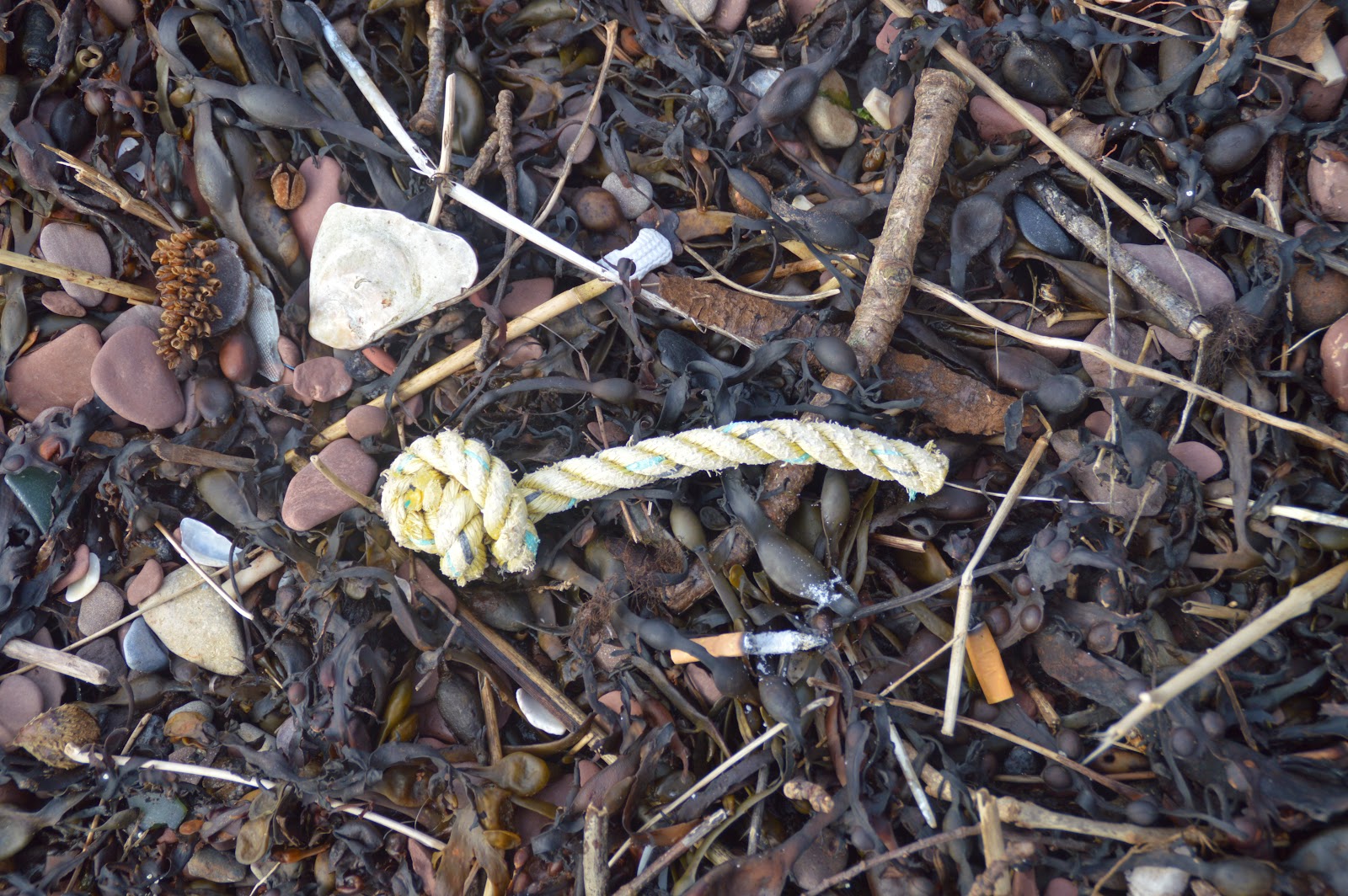 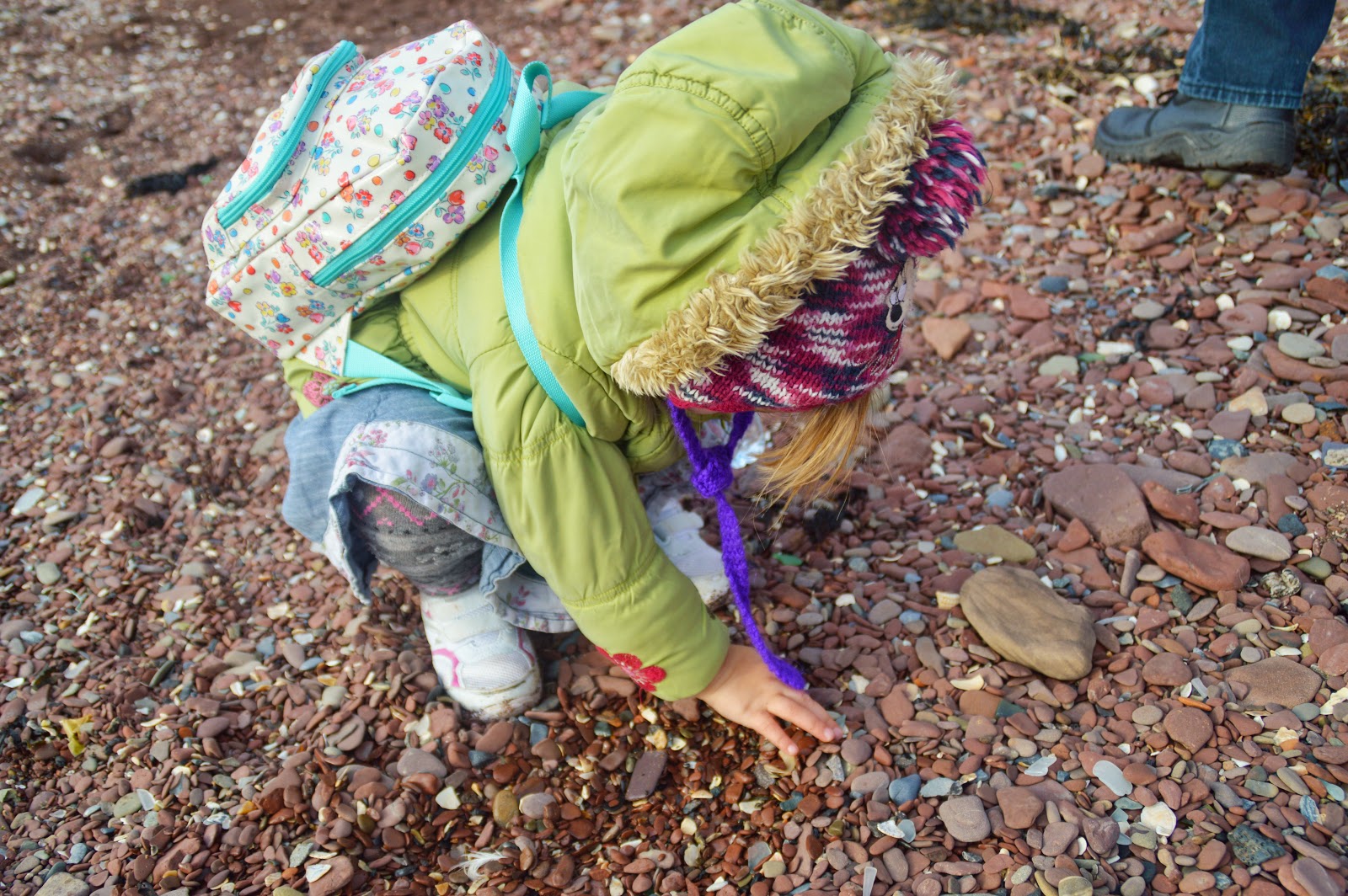 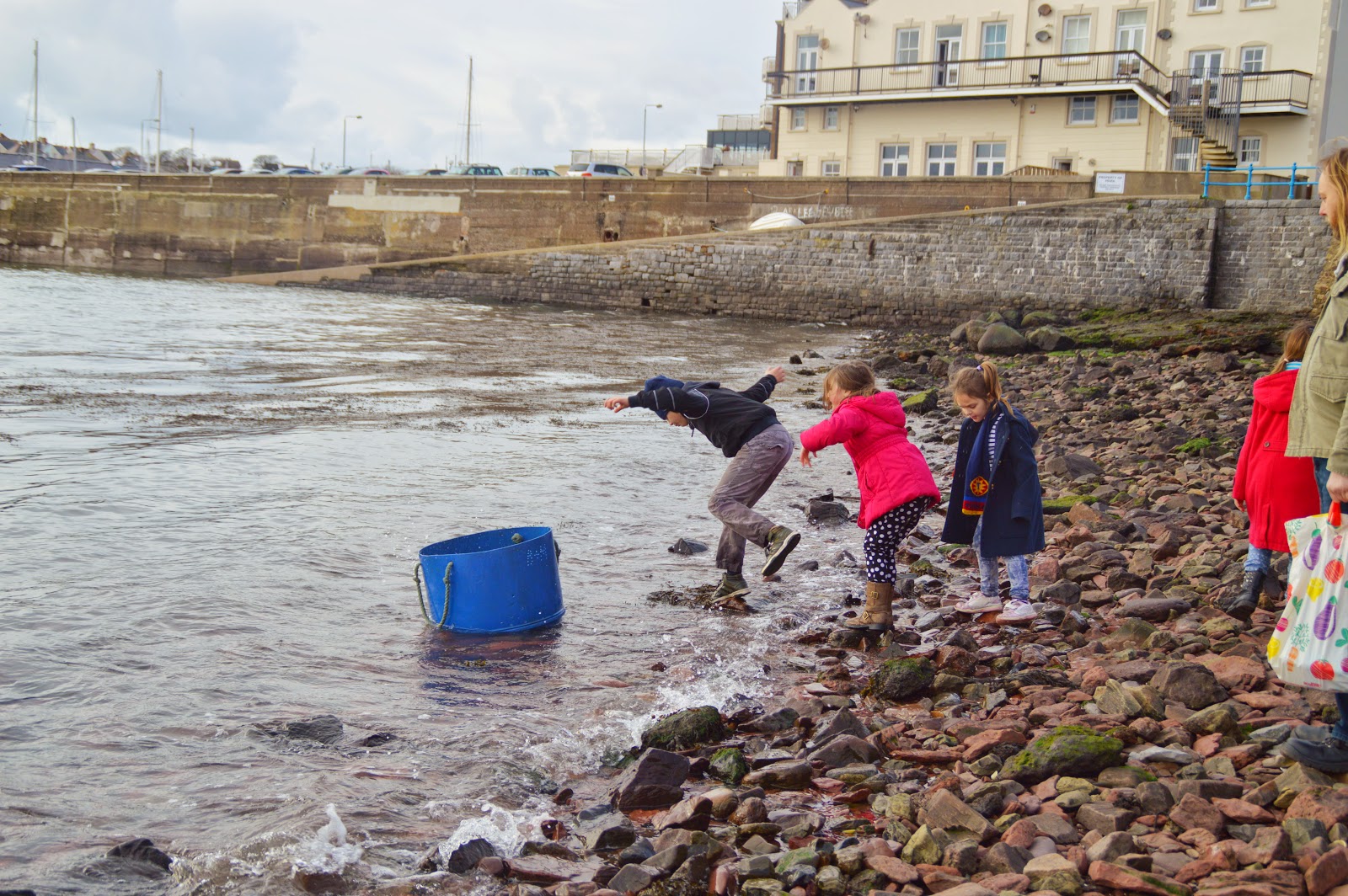 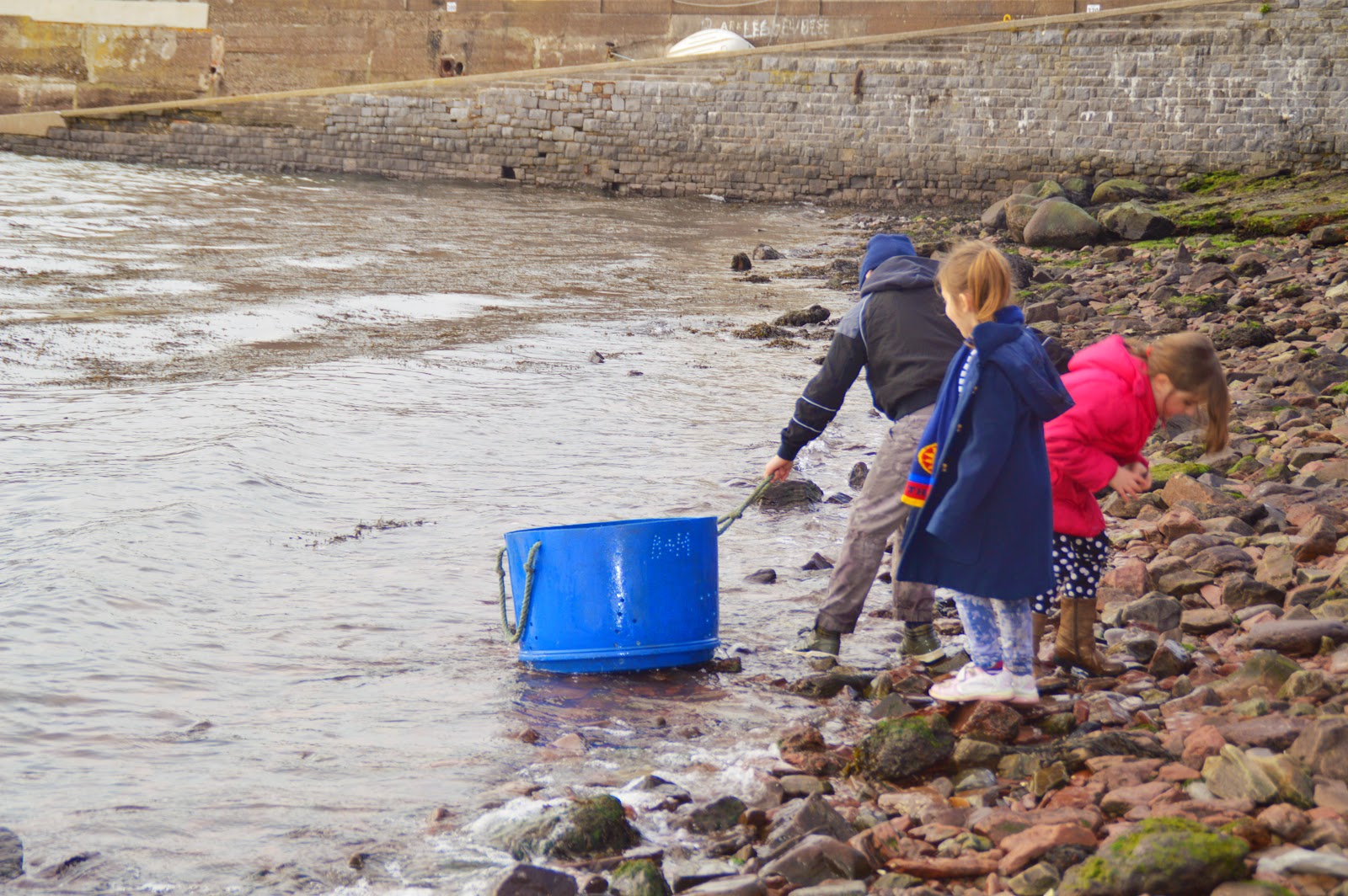 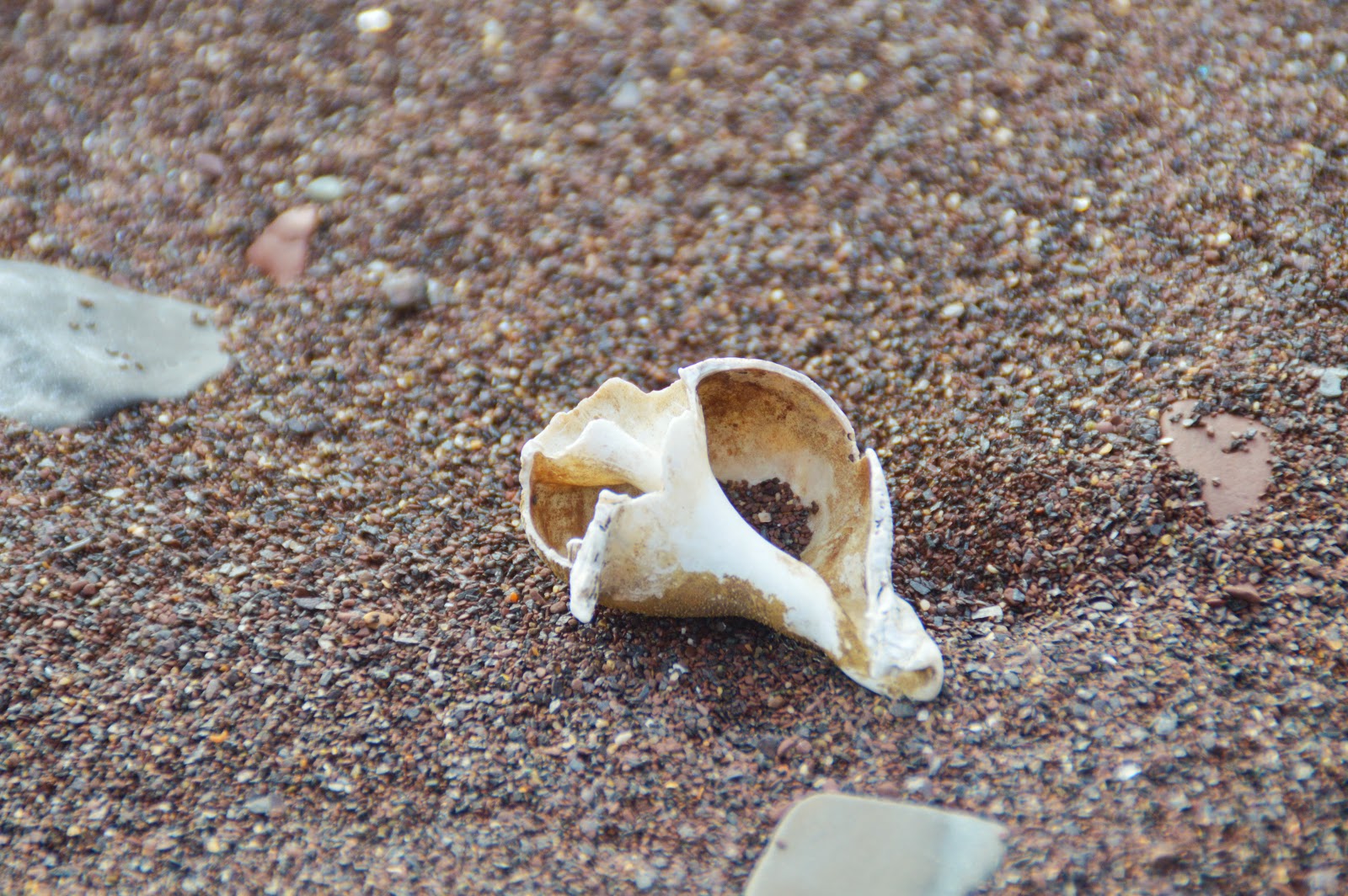 A few weeks ago Mum, Jo and Cerys suggested we all meet at our local beach (Gelliswick where a lot of my Swan Instagram photos are taken!) for the kids to play.  We needed to do some things at Dave’s work so we asked to instead meet them down Milford Marina.

I’m not entirely sure of the name of the little beach area where we played down there.  I have heard it called Milford Beach but others have told me that another beach owns that name.  I’ve also heard it called Scotch Bay, but I always thought that was the next beach along.  Looking at the OS map the  whole bay, across three of the small beaches, is labelled as Scotch Bay.

So to try to explain…we played at Scotch Bay on the side closest to Milford Marina or The Docks!

Dave and the big kids climbed down the open stone steps down to the beach, whilst Izzy and I took the scenic route along the “promenade”.

It was a gorgeous cold, crisp and sunny day.  The kids looked for shells and pebbles, popping some finds into a classy carrier bag.  The most fun the kids had was with a big blue fishing bucket bobbing around in the sea (Dave seems to think it’s nickname is a “Bongo Bucket”).  They played throwing pebbles in and lots of other games.  I often wonder why we have so many toys at home when outside of the house, the kids just play with what they find.

There were lots more finds along the beach to explore too:  rope (and the added butts in the photo- lovely!), the usual lobster  and crab parts and even a discarded real Christmas tree!  I was so relieved that it wasn’t a plastic one dumped on the beach.

I made a little video.  I’m still just using my everyday camera and as I’m on a Chromebook I only use the Youtube editor to film them.  I’m looking forward to investing in more equipment and editing programs later in the year as I’m feeling frustrated by my limitiations now.   This blog is having a makeover in March too so I will wait until then to add channel art and so on.

I’m so pleased we had this little play together as a few days later mum was ill with her chest and then the kids were poorly so we ended up housebound for a few days.  We definitely have to make the most of outdoor fun whenever we get the opportunity!

I am so behind on writing up Country Kids posts so coming soon look out for posts about Bluestone, Church Doors, Saundersfoot to Wiseman’s Bridge, Folly Farm and lots more!