Every year our town put on a lantern parade before Santa turns on the Christmas lights.  I’ve taken part in this since Danny was in my belly and I walked along with my school as a teacher.  Now, each year some of my children get to make lanterns in school.  The classes that take part change from year to year, So I always make extra lanterns at home to make sure that all of the kids have lanterns to carry. 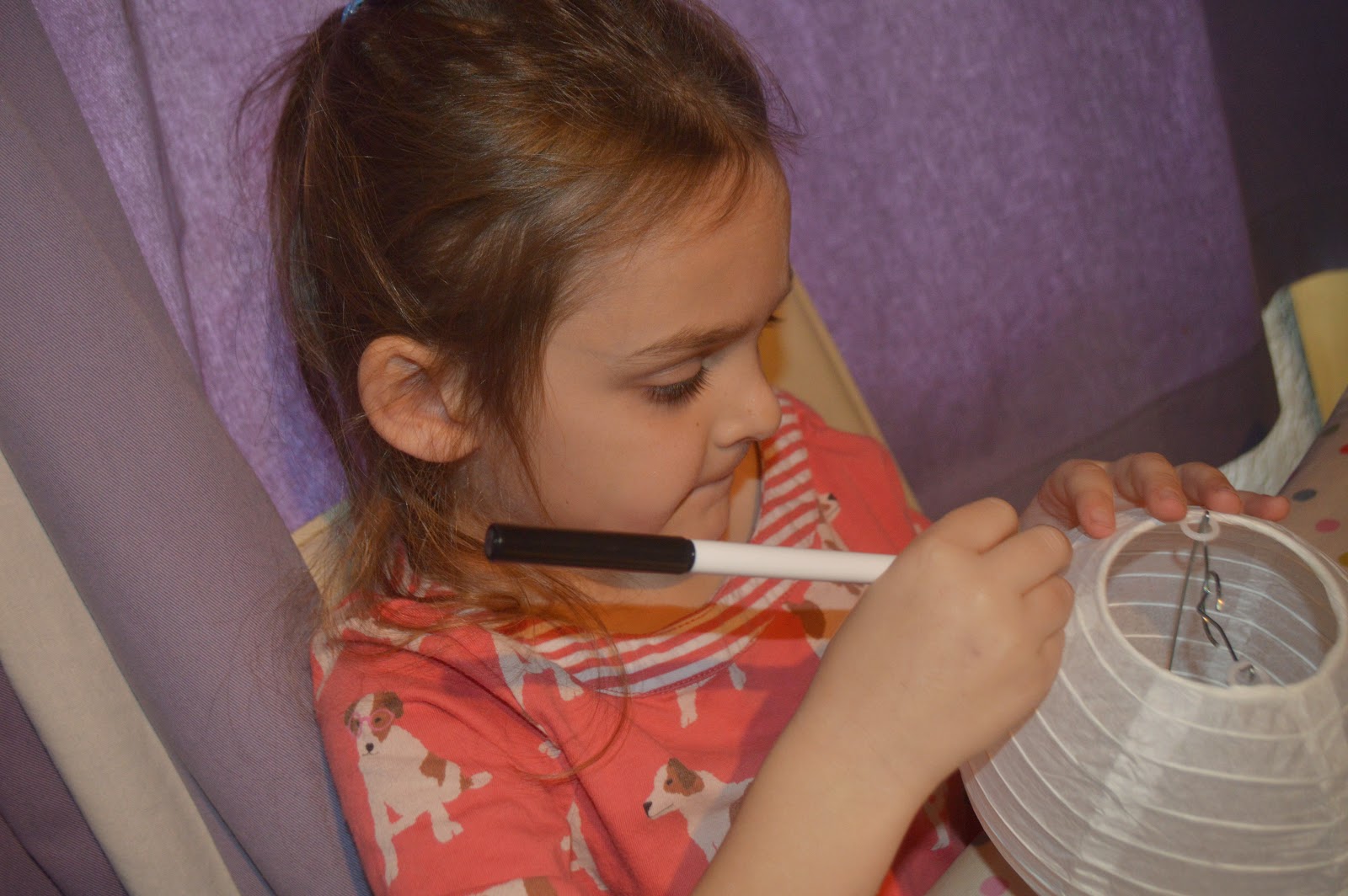 I used to make paper lanterns from A4 sheets of paper but this year as round paper lanterns are so easily available in craft and bargain shops we bought some.  We usually paint and glitter them but for the first time ever we stuck to using felt tips and stickers.  We have all been so ill and tired this Winter that I’m grateful for time saving short cuts wherever I can find them! 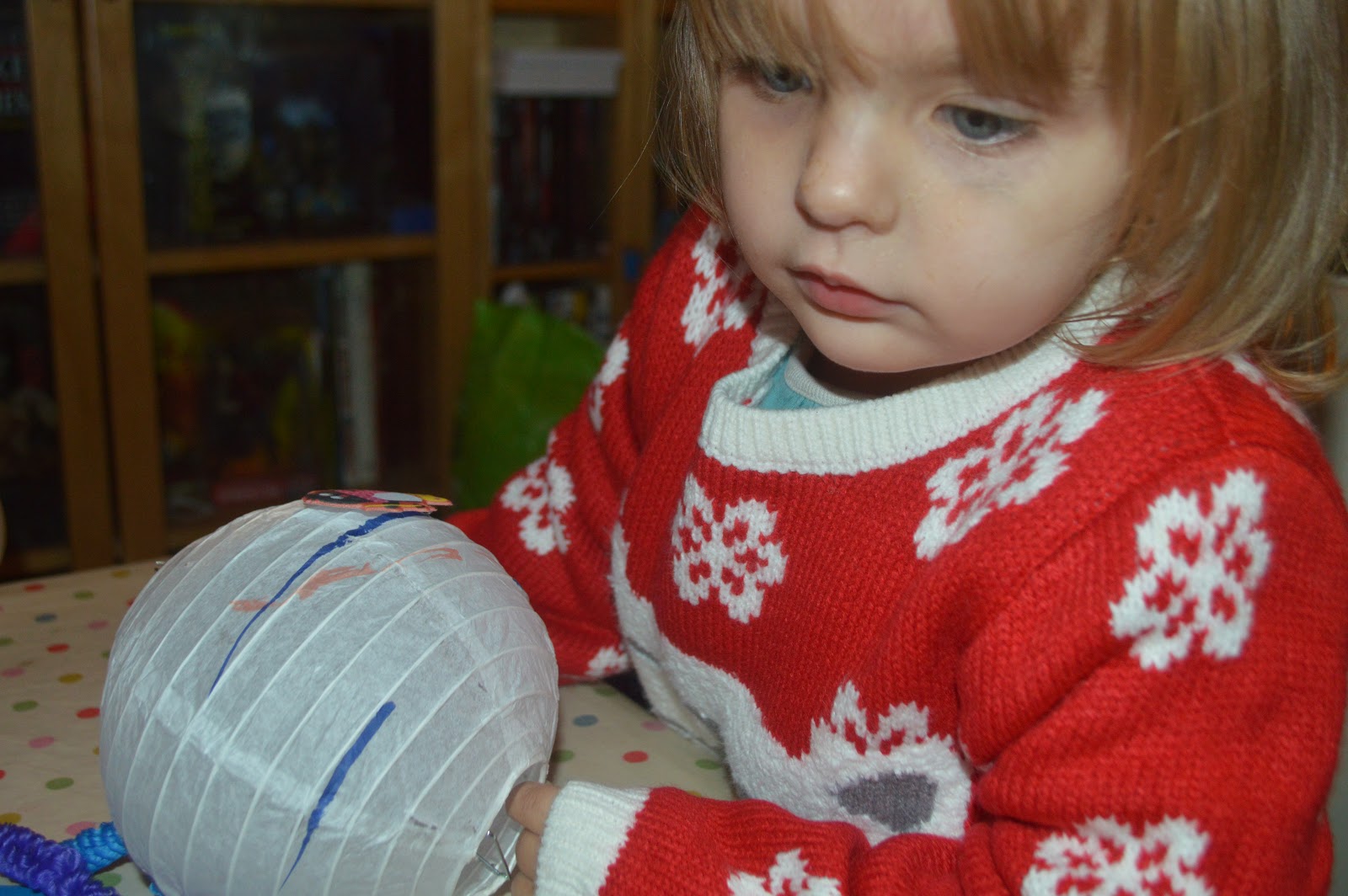 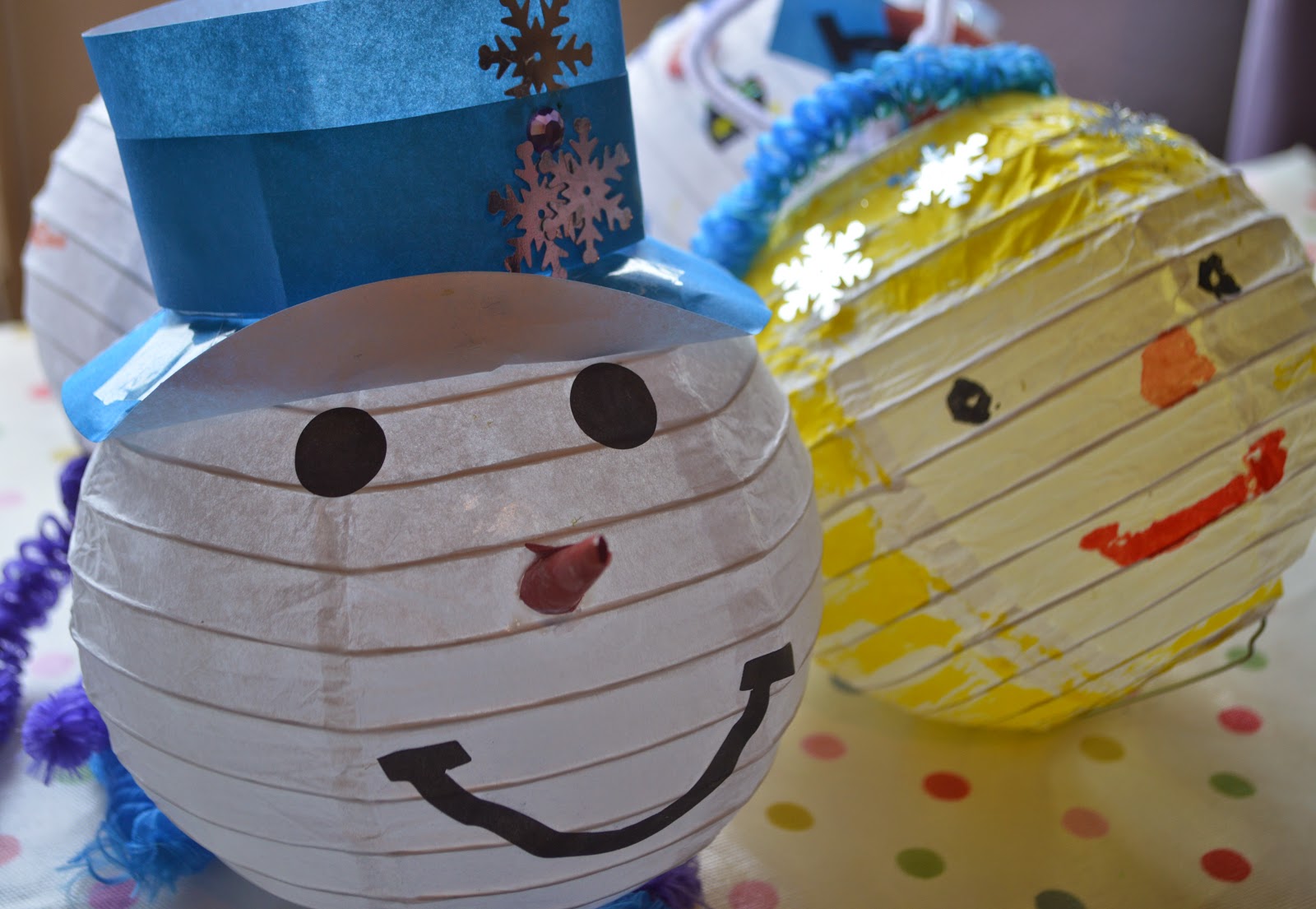 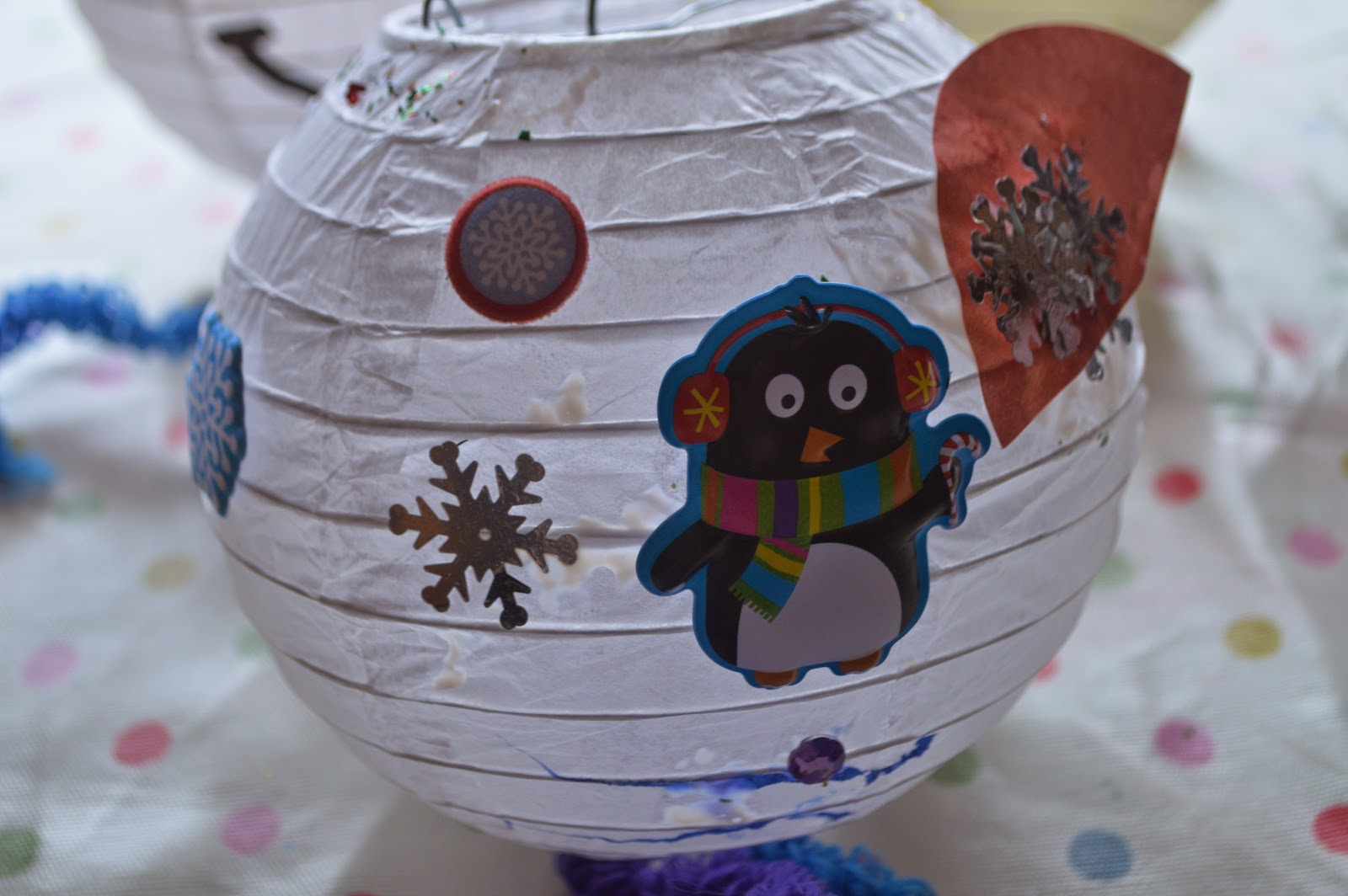 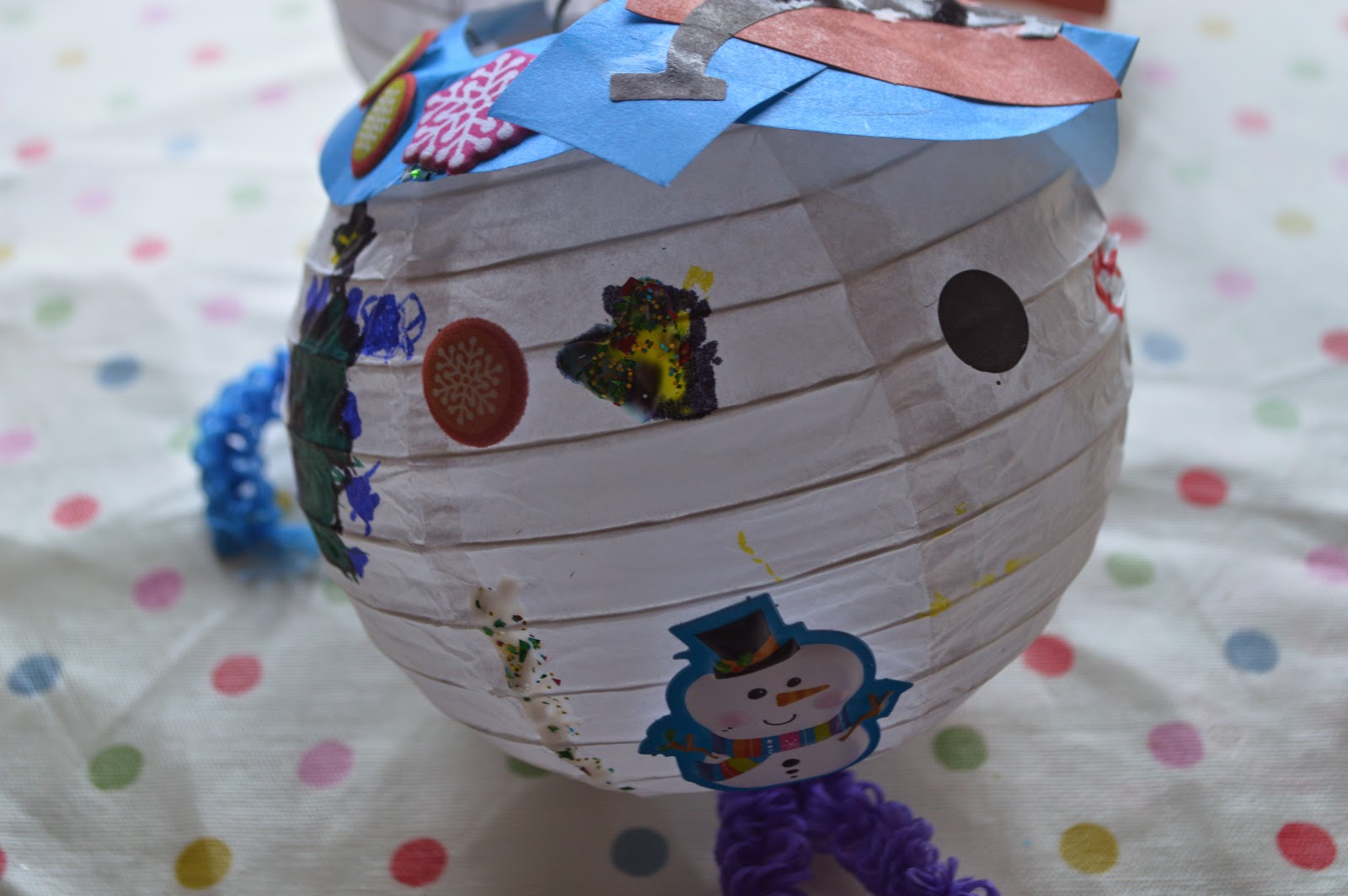 The kids decorated them all on their own and I wish I’d sat down and made one too.  I have so many ideas of lantern patterns that I wanted to make. 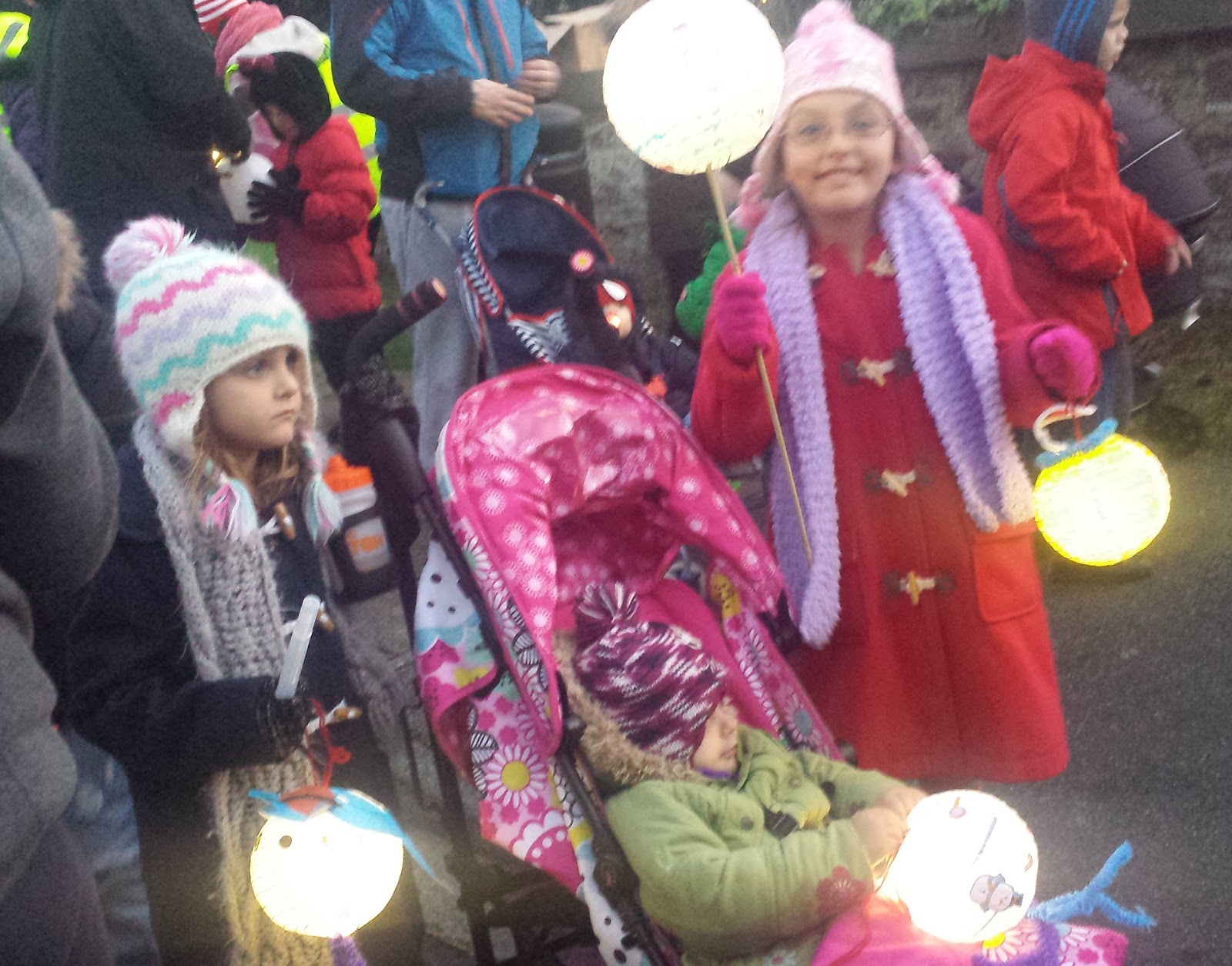 It was touch and go many times if we would actually take part as poorly kids can mean unhappy (and grouchy!) ones.  Danny, we decided, was definitely too ill to walk around in the cold.   I was so sad that it was the first year taking part without Danny but knew this was the best decision as he struggles walking in the cold on good days so it would  have been hard for him, especially on the hills. 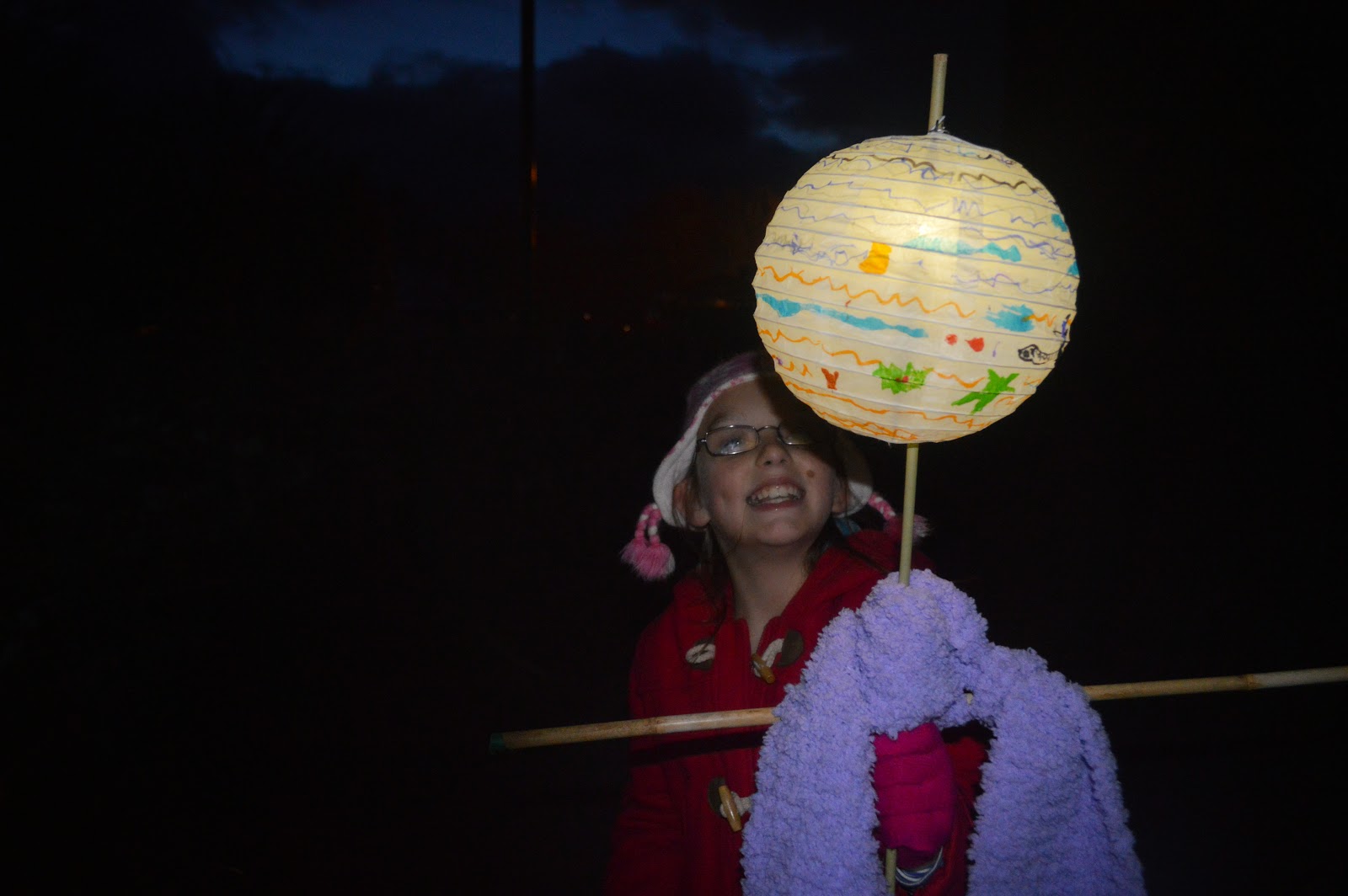 Dave had to stay home to look after him so it meant I was now one adult down and not feeling one hundred per cent myself I did worry how I would cope.  It just seemed to be one of those days were putting on hats, scarves and gloves and taking coats off to get in car seats and then put them back on again just felt like a hindrance whereas usually I’d see this as part of the Winter fun.  I also haven’t adjusted Izzy’s cosy toes correctly yet so that wouldn’t go on properly.  I don’t know if she’s just too long for it or if I’ve put it on incorrectly but never seem to have the time to have a good look at it.

At the start of the parade I felt a bit happier when I saw lots of friendly, familiar faces and then met up with Mum, Jo and Cerys.  Watching the three girls I couldn’t manage to take any photos of us during the parade.  We march on the roads which are usually closed to vehicles for the occasion.  On one road there were cars allowed (although stationary for us to pass) so I had to watch the girls extra carefully.


It was lovely seeing Santa join in with the parade as well as the cast from our local pantomime, Cinderella (I had no hands free to take photos sorry!).  I was very proud that my sister managed to walk all the way around too.  Every day she achieves something new since her stroke. 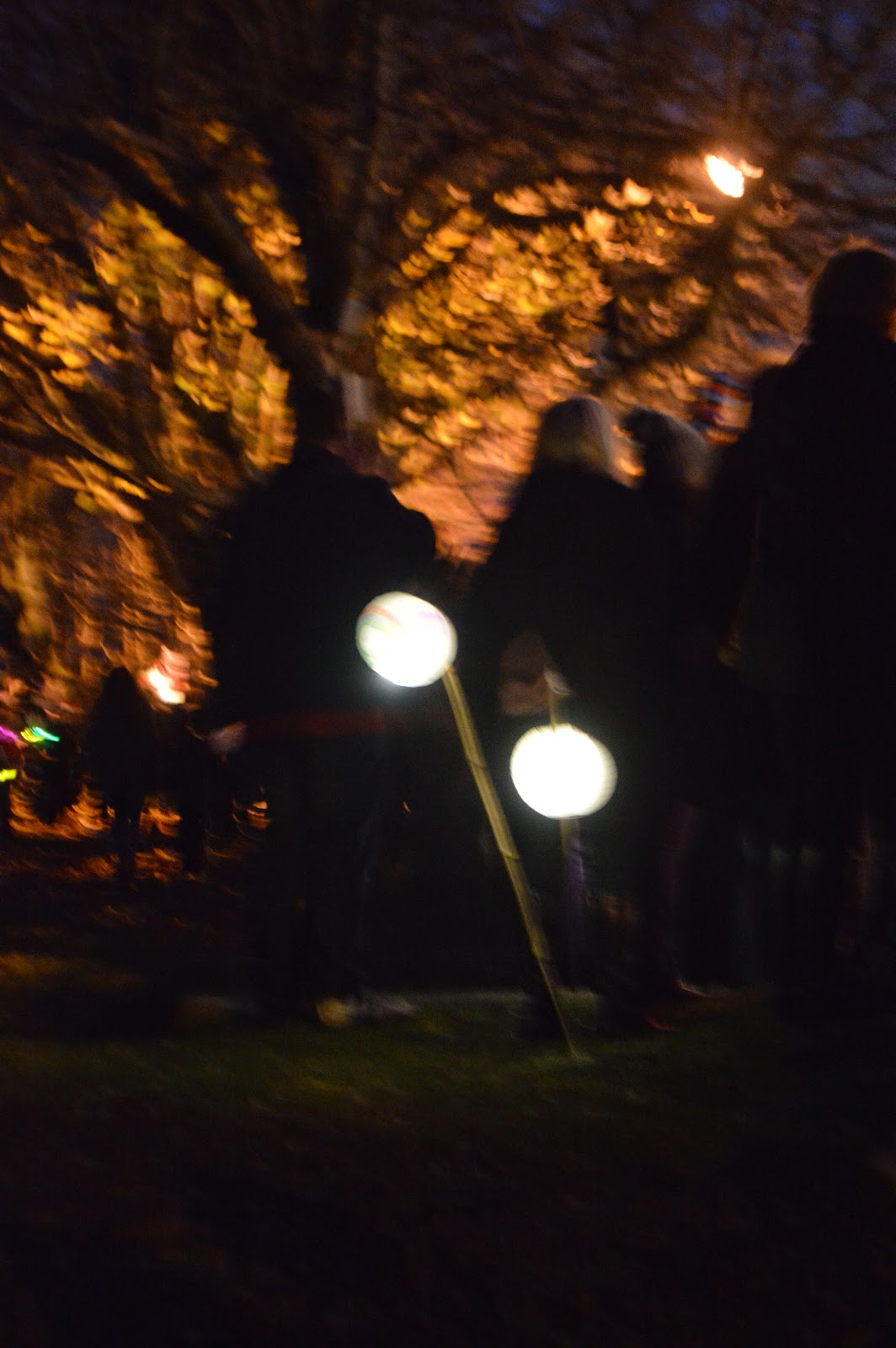 We made our way to the the Memorial Gardens to watch the switch on off the lights. 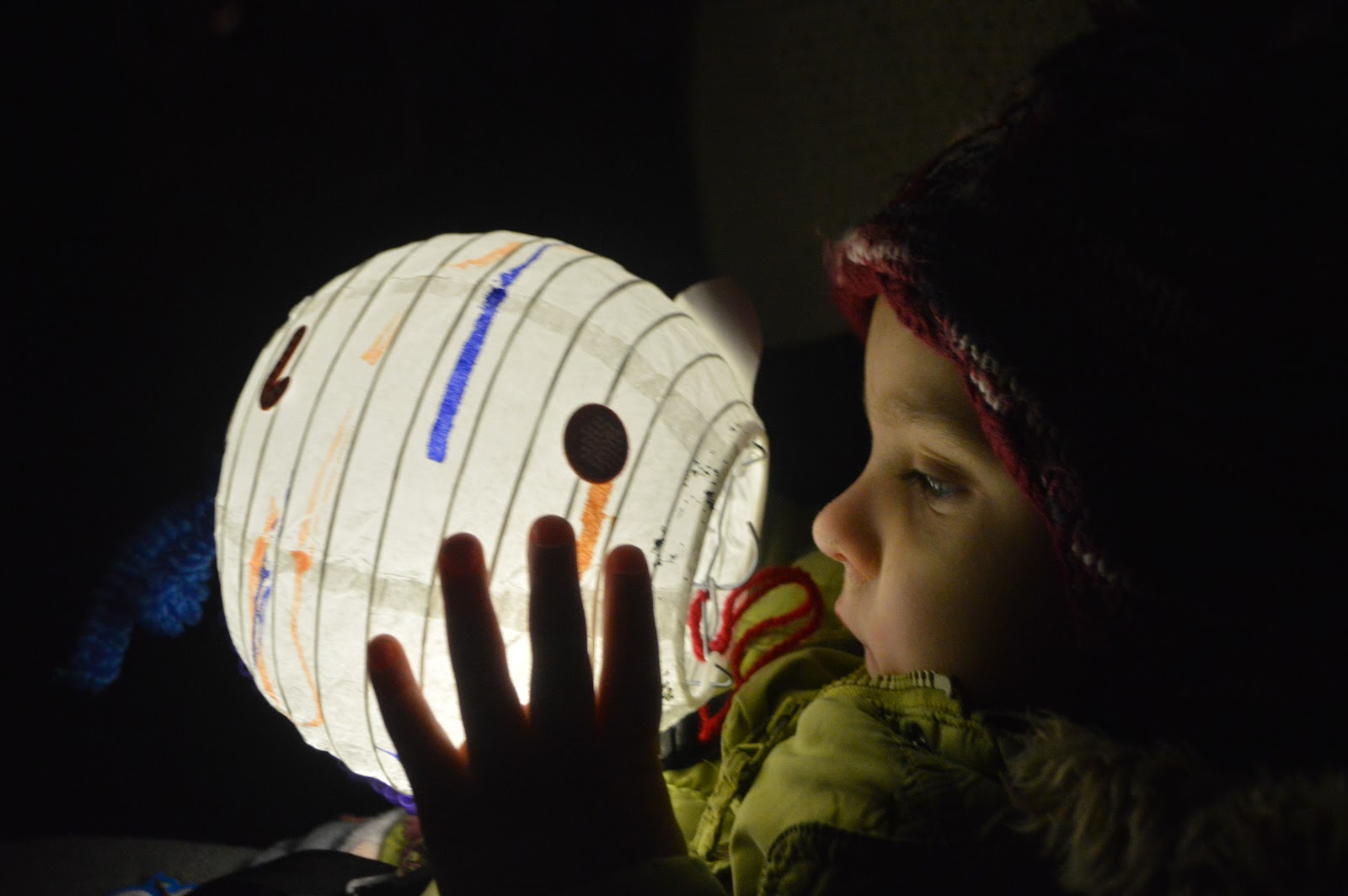 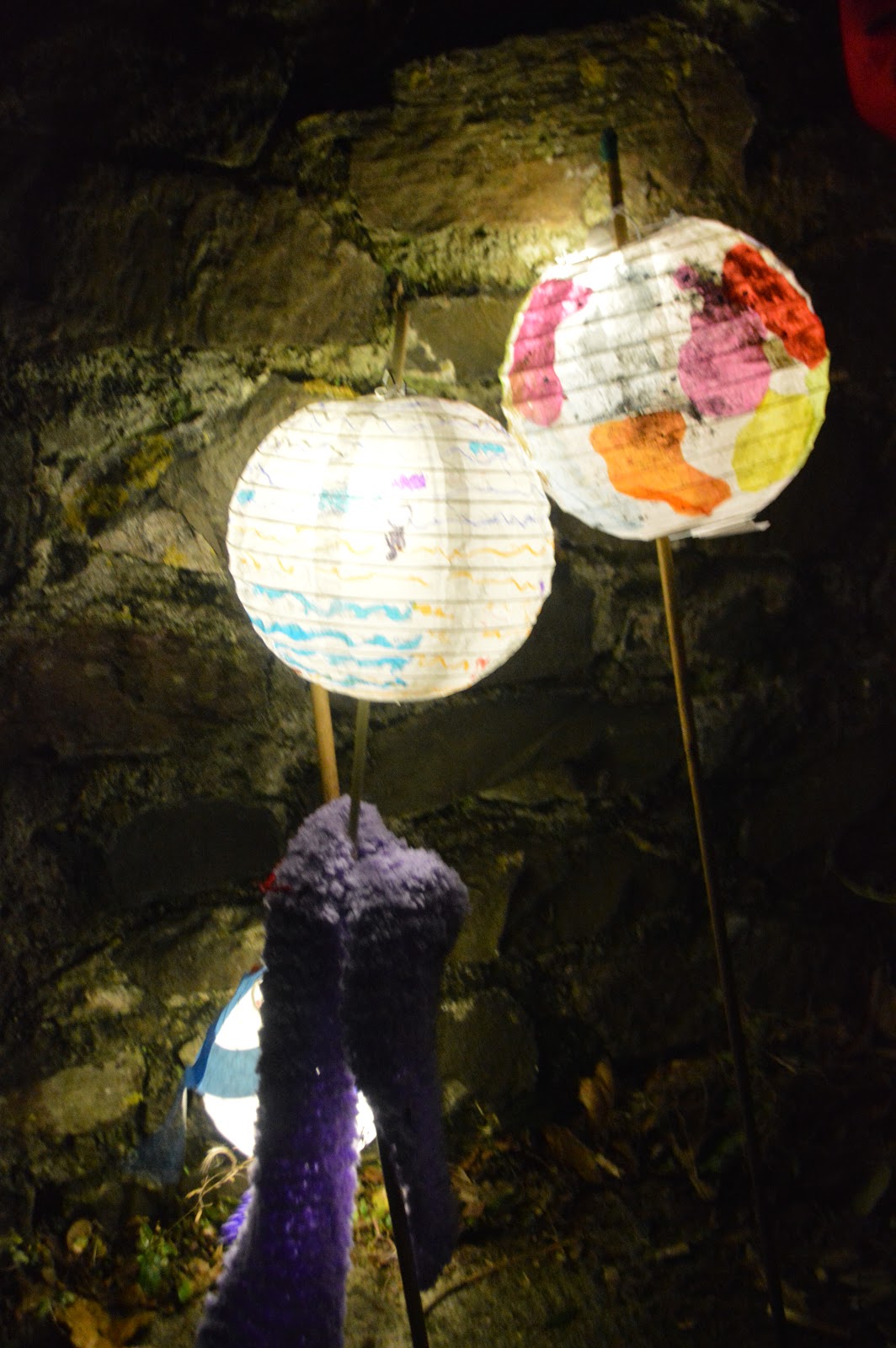 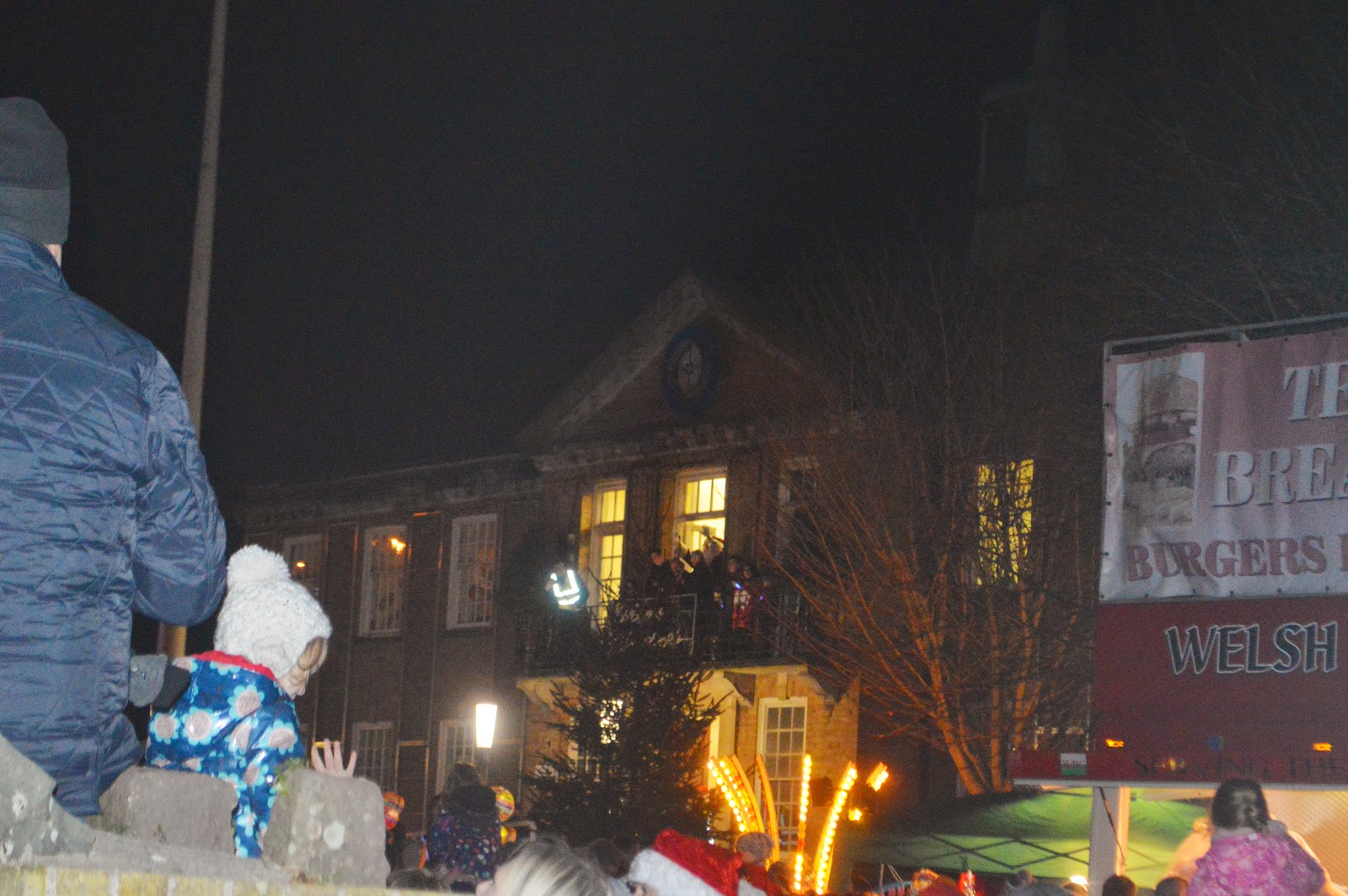 We count down live on our local radio show… 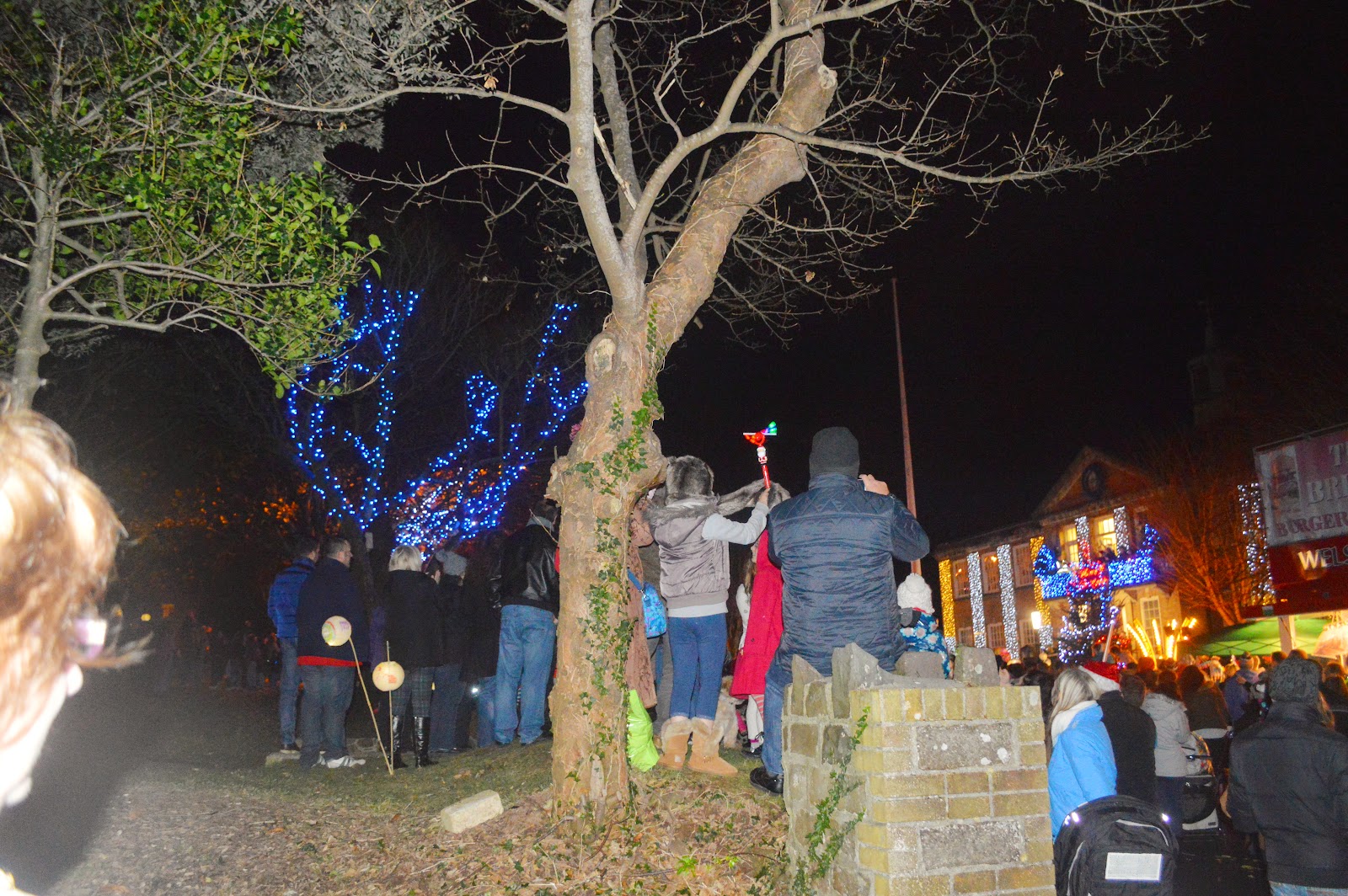 Then, the lights are on! 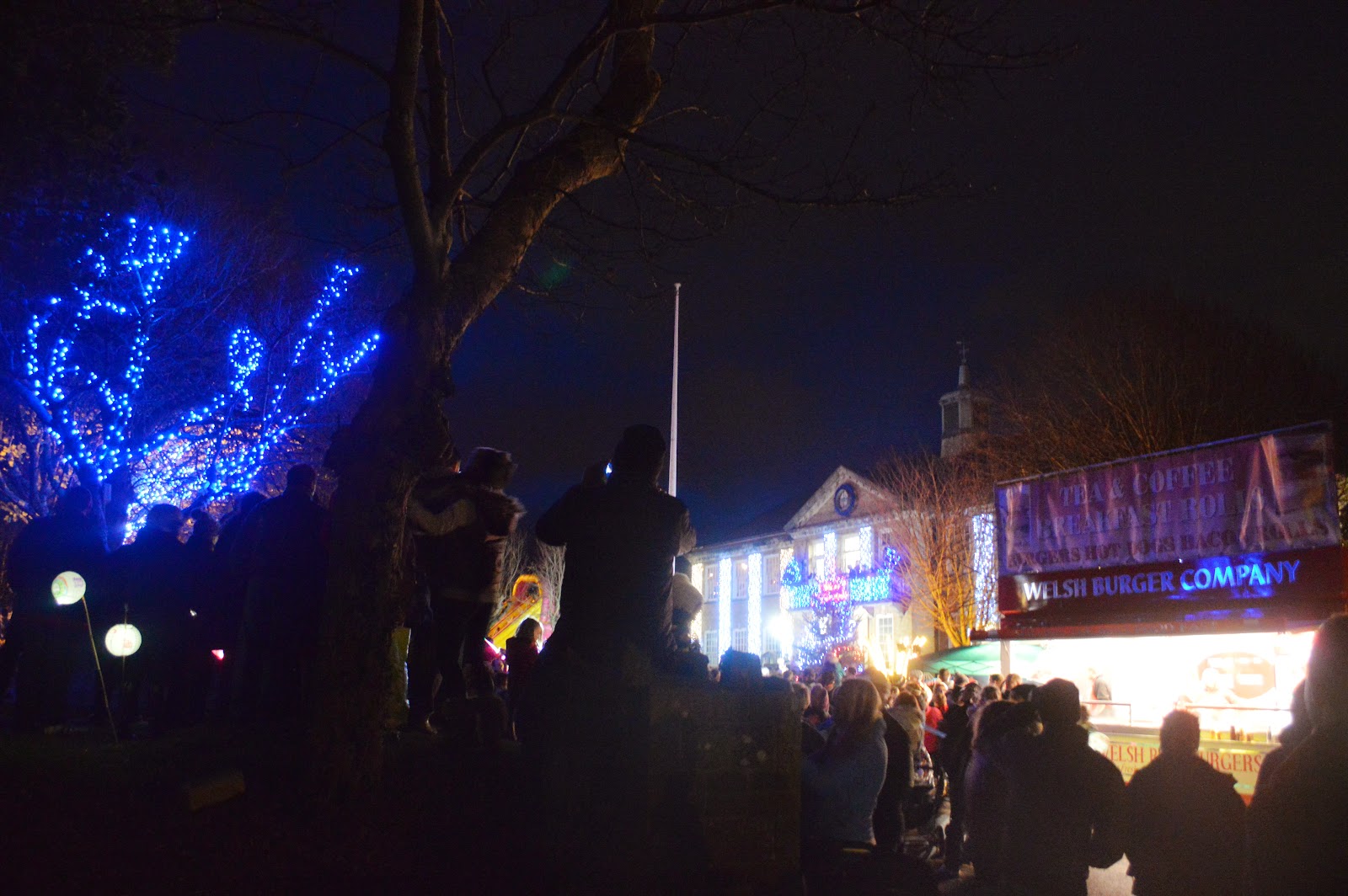 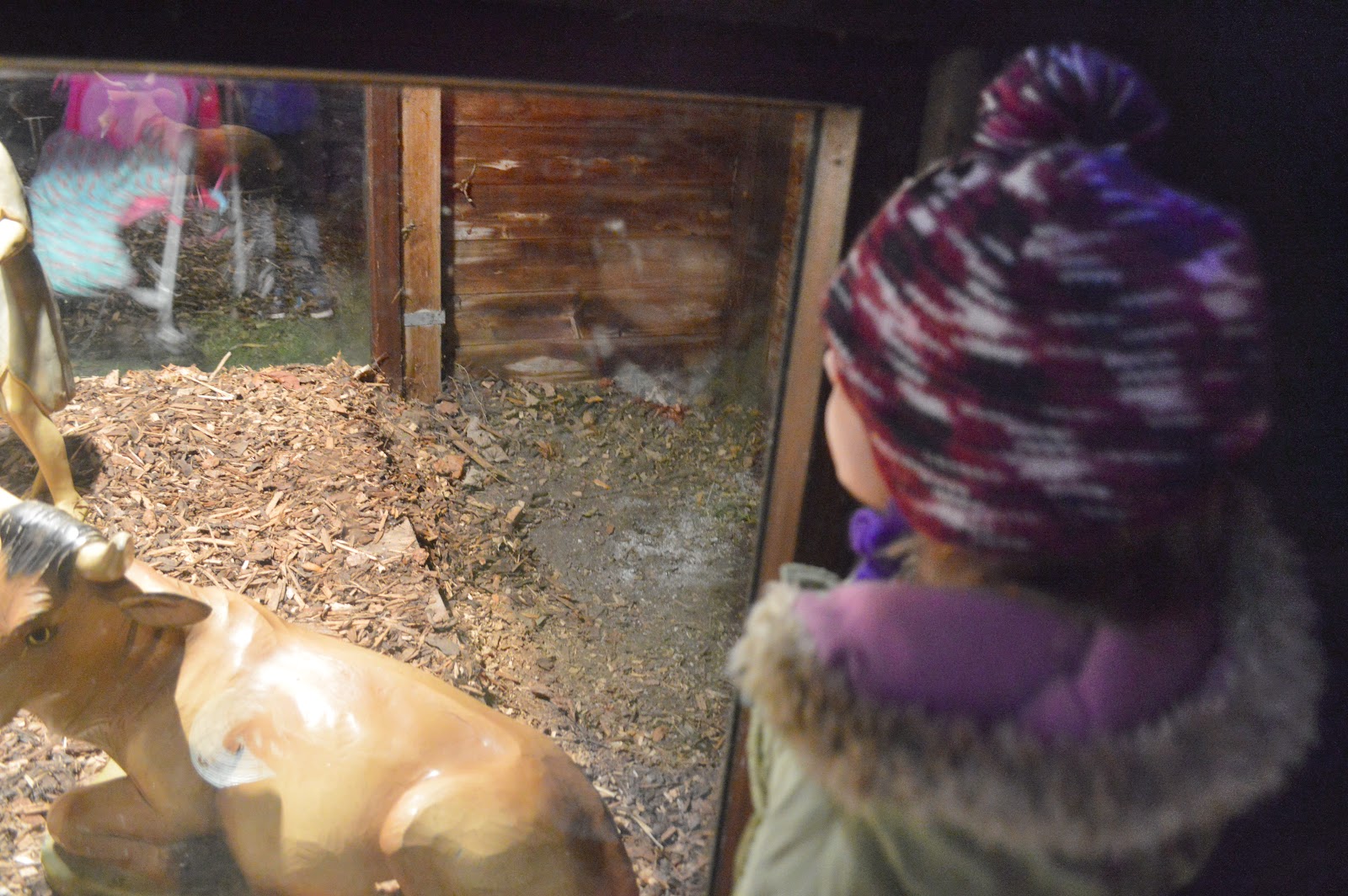 This was followed by a walk up to the Nativity in the stable.  This may have been my favourite thing about Christmas when I was a child and I still get so excited when I spot them putting in the figures a few days before the service. 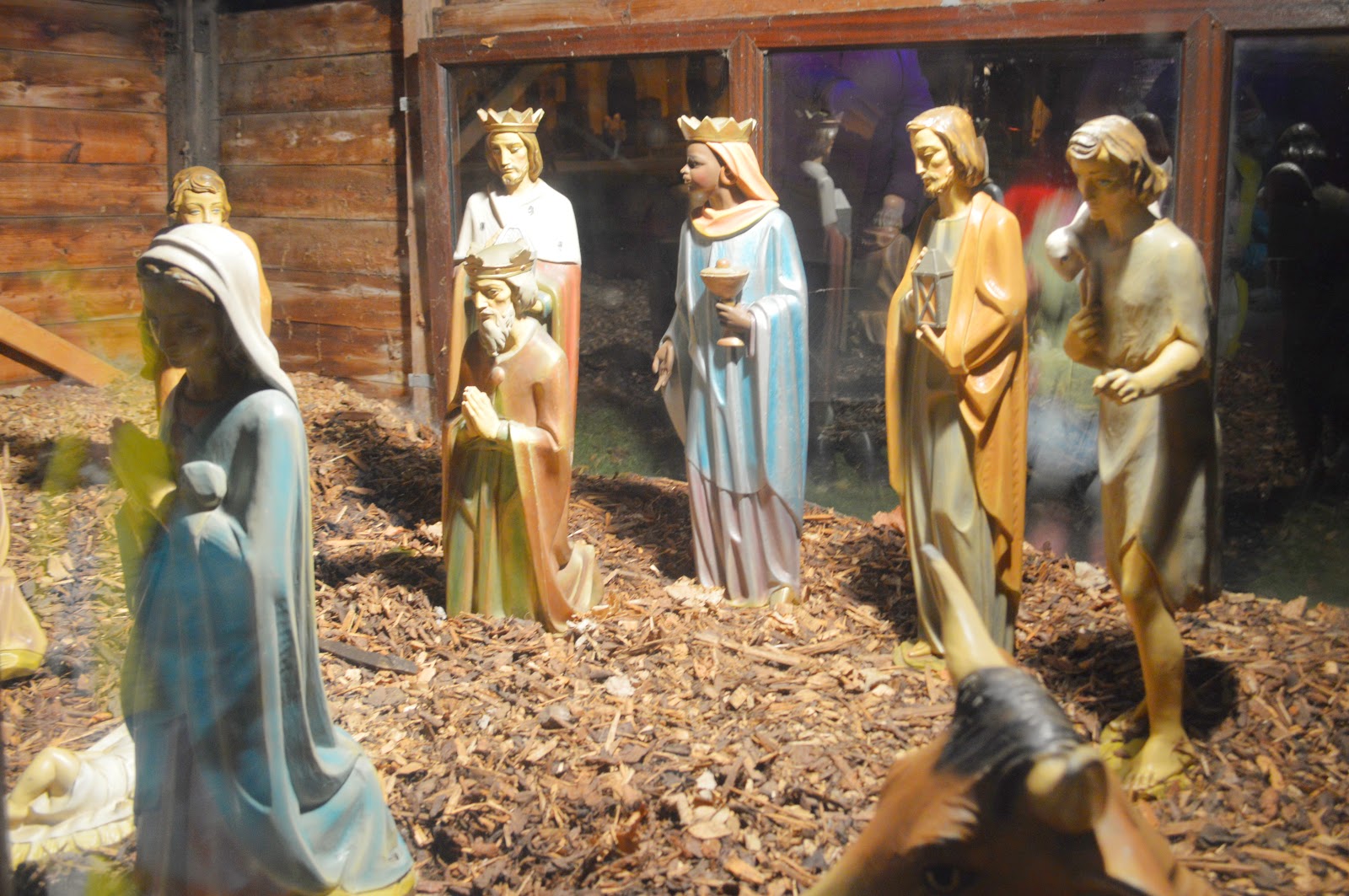 It was too crowded to take a good photo of the girls and the scene, so we will come down another night and have a look on our own.  One more week left in school then I’ve looking forward to a couple of festive days with the kids in the lead up to Christmas. 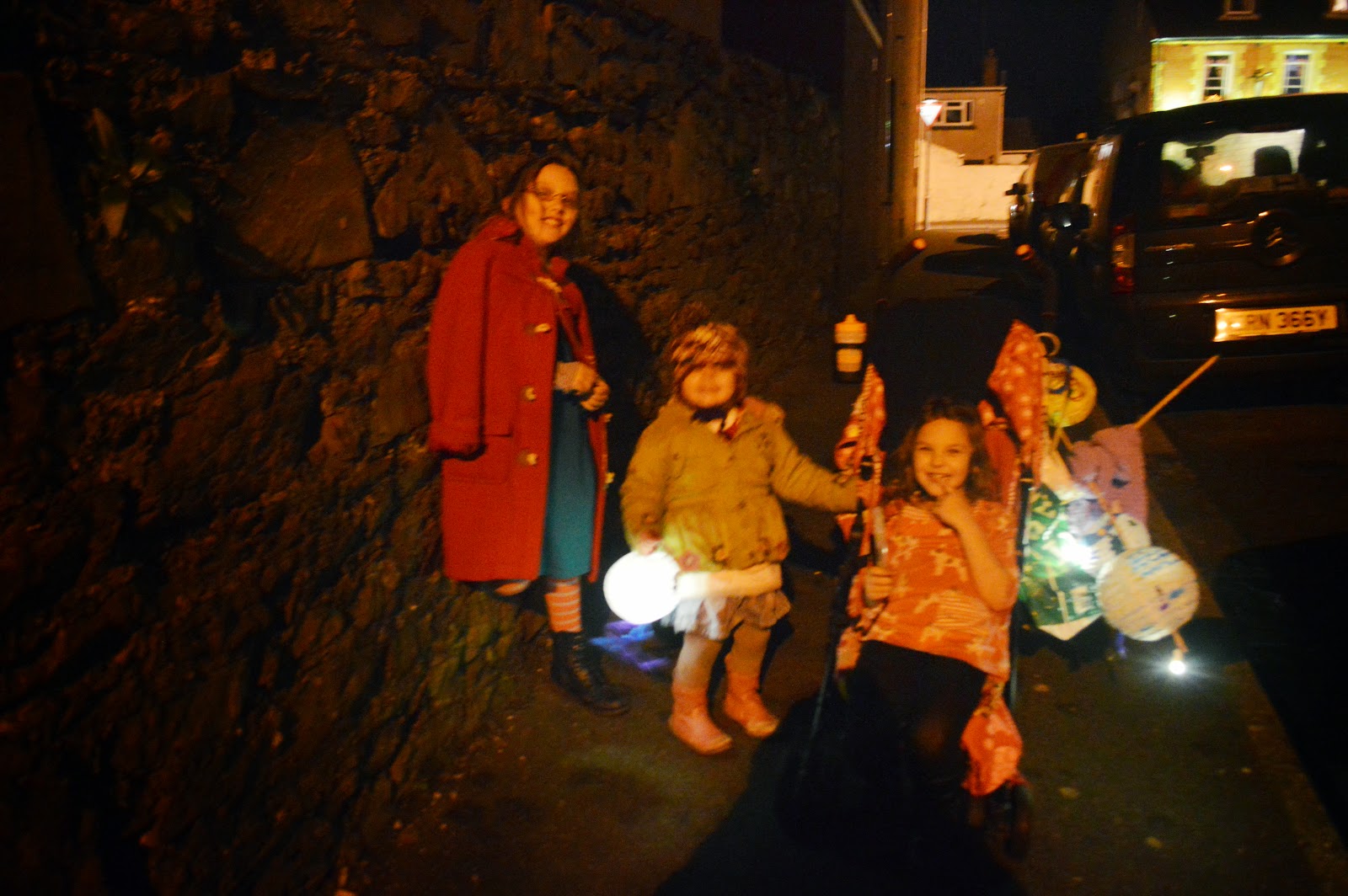 Once in the Memorial Gardens with lots of other kids Caitlyn ran round and round, which is fine and expected, but frustratingly wouldn’t come back and listen to me properly so it was quite hard to say our goodbyes and make our exit.  There were also free rides and food for sale but that would have meant lots of crowds and queueing.

We turned the corner and found ourselves back on our own again, we enjoyed our little walk  with the bright full moon shining down on us.  A lovely bit of calm after a frenzied afternoon. 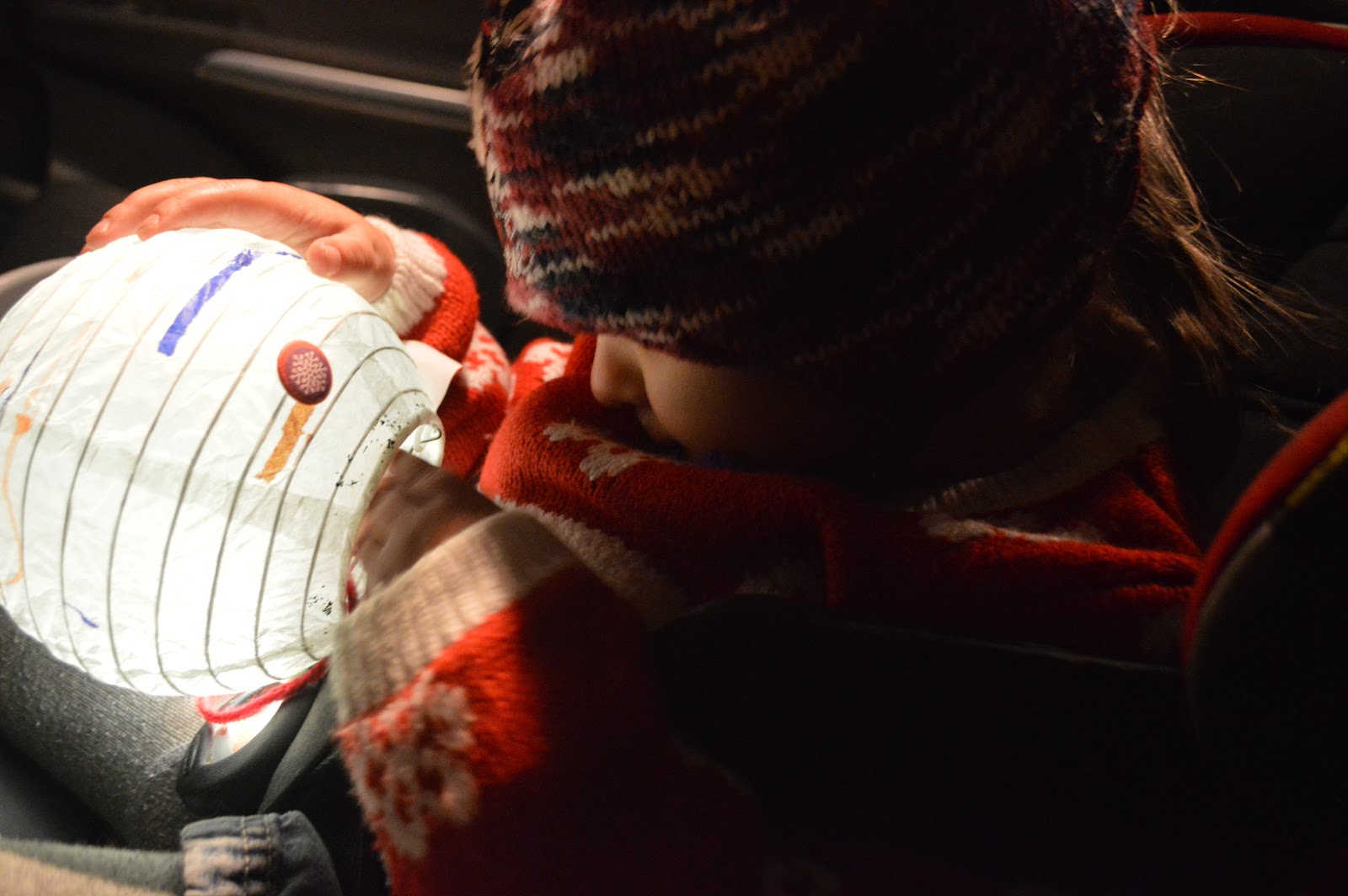 Back to the car and back home.  It was the first year that we haven’t had a “Christmas Tea” after the event but Rebecca and Caitlyn were staying with Nanny and it felt odd to have this without them. 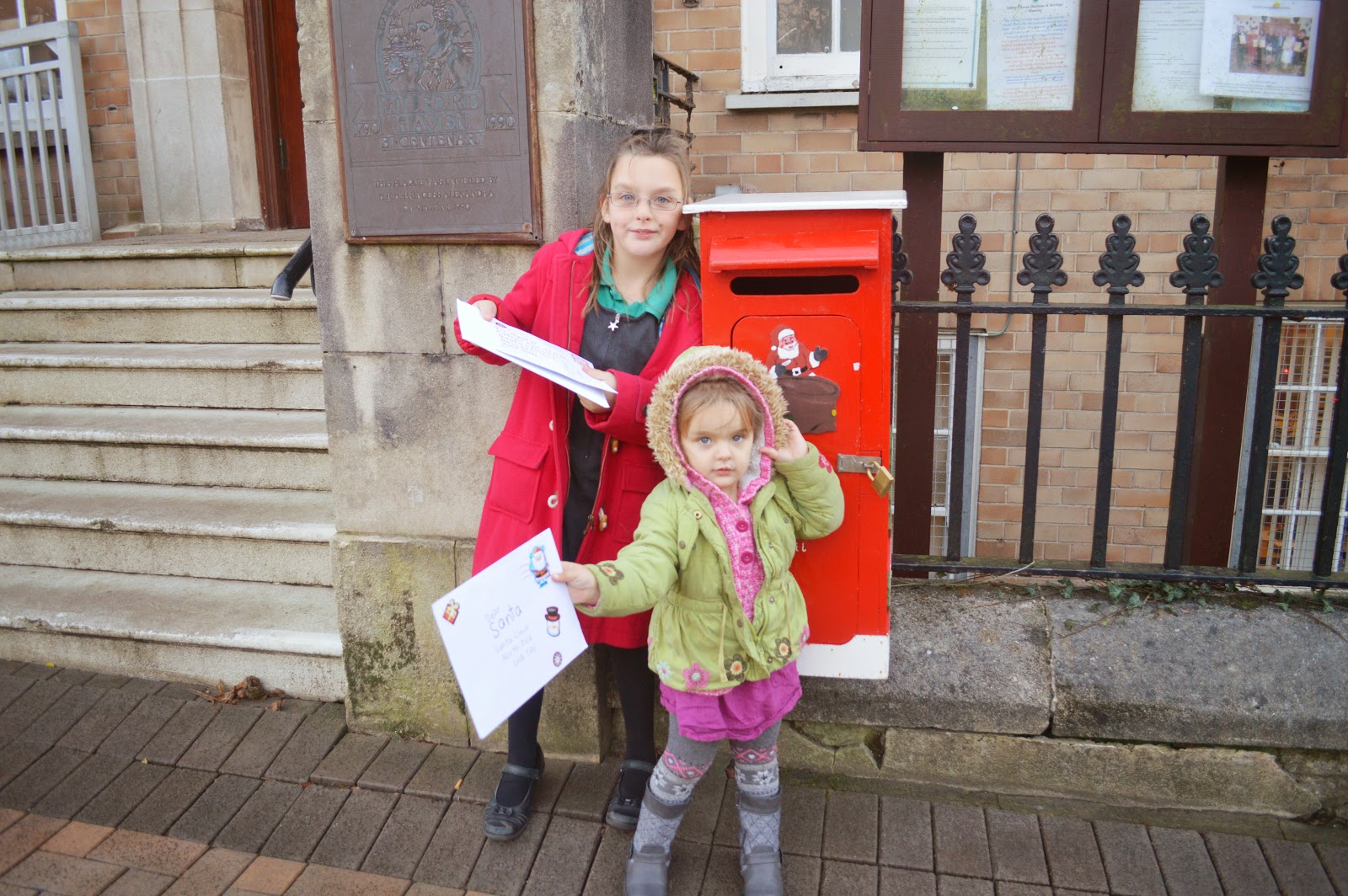 As soon as we arrived at the Lantern Parade I realised that we had left our letters to Santa  in the car.  So after school one night we popped down to post them.  Again, we had no Danny due to After School clubs and Caitlyn wanted to post hers alone. 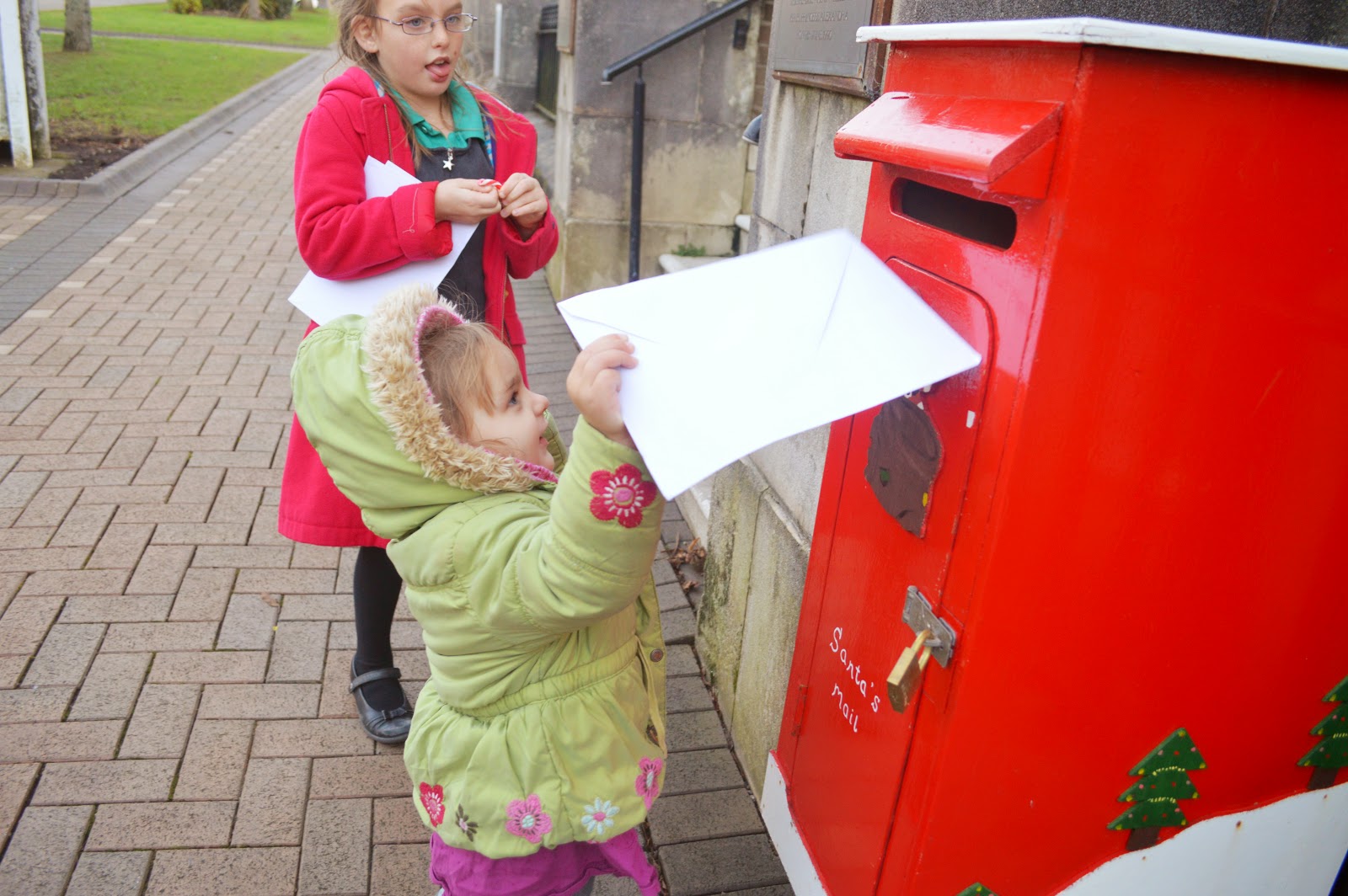 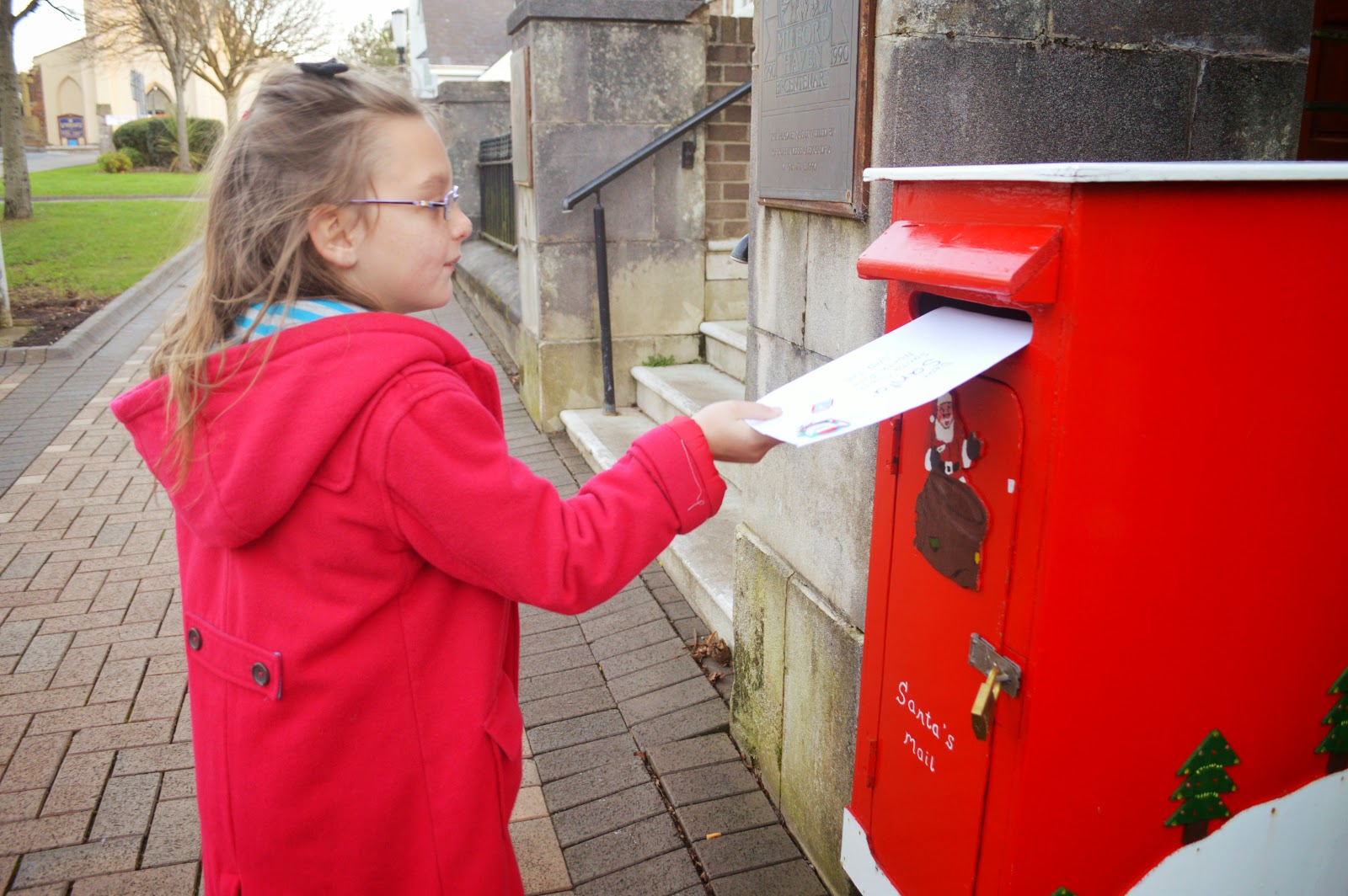 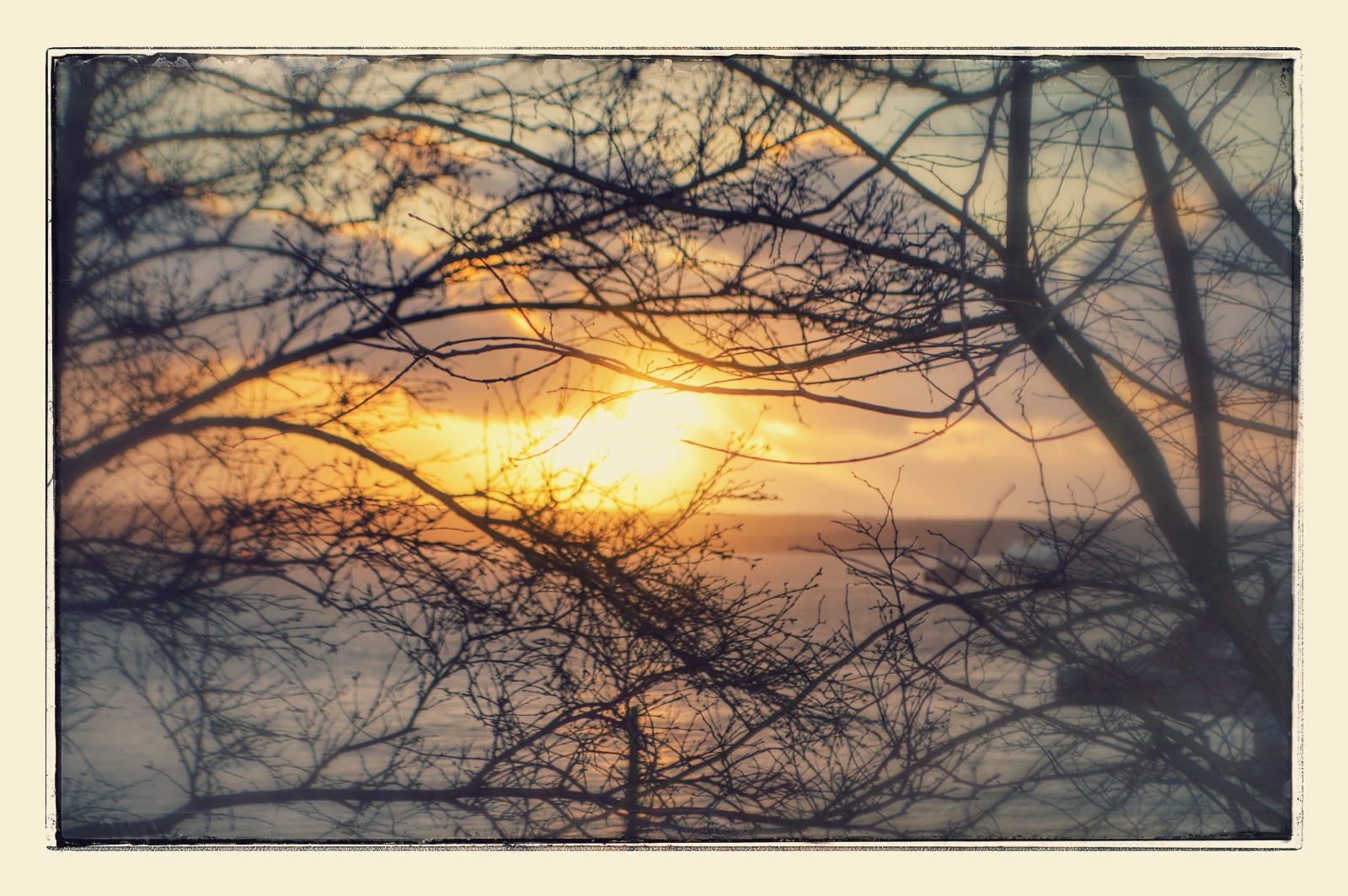 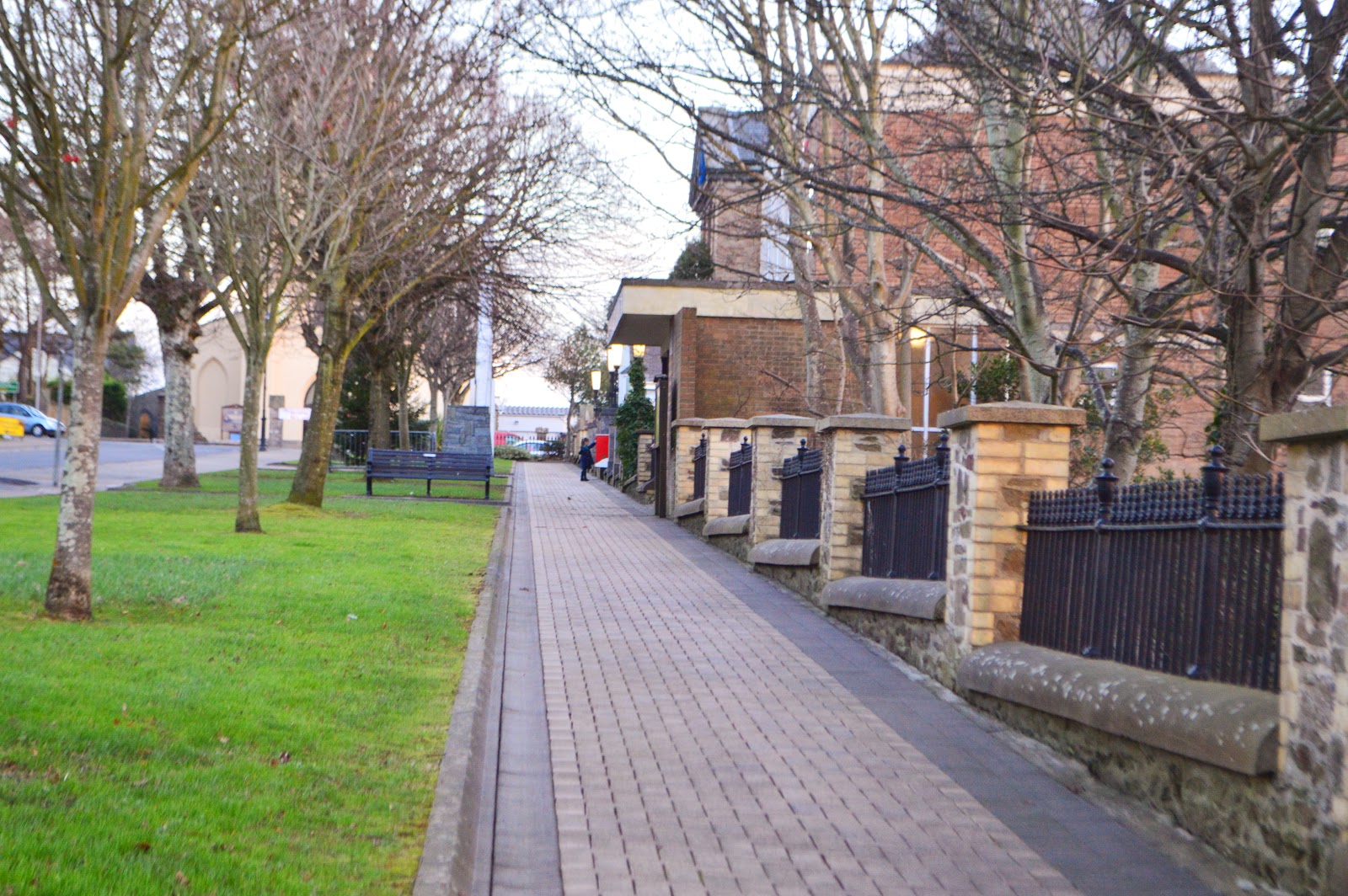 Caitlyn from afar posting her letter! 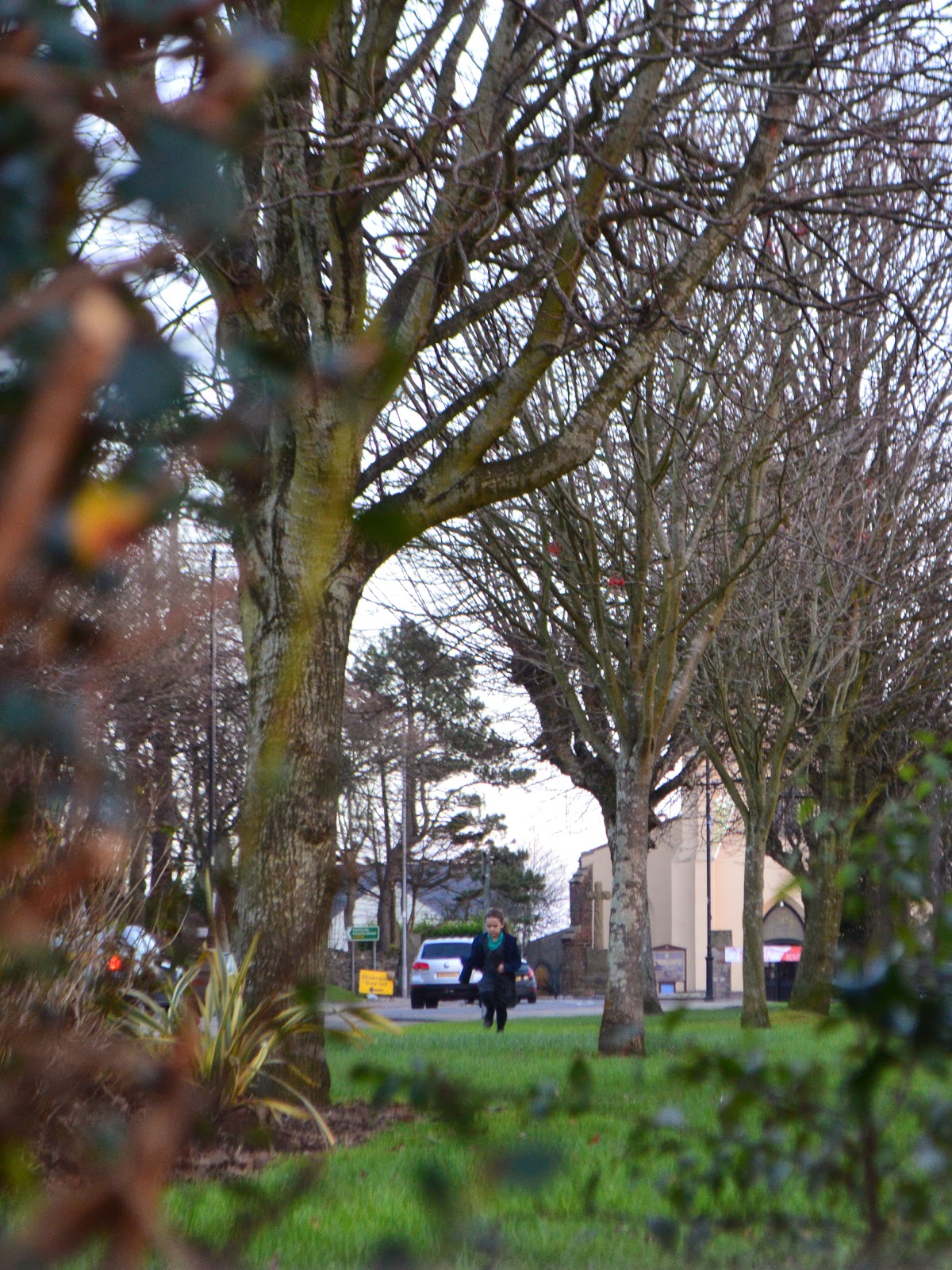 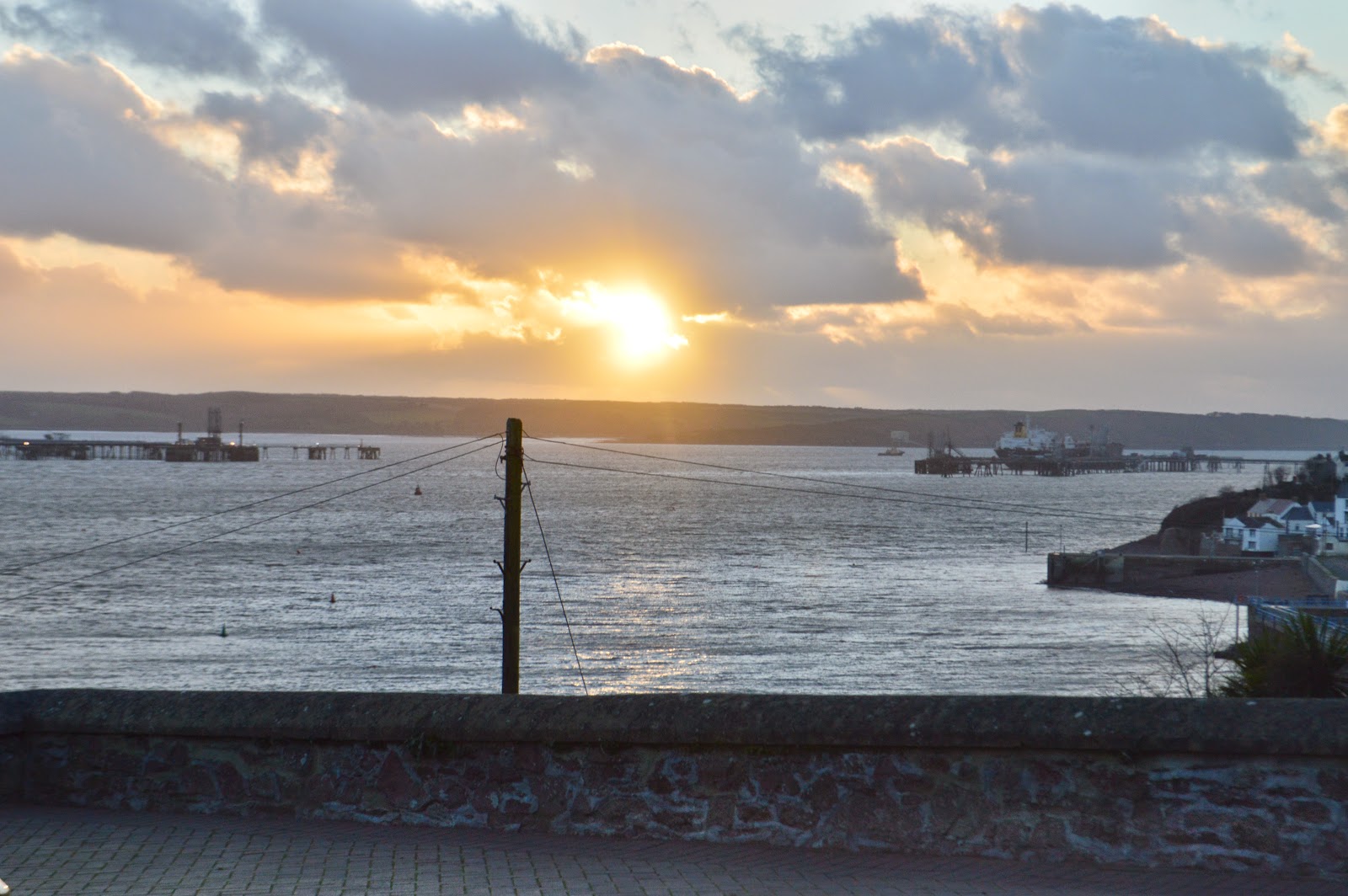 Whatever the season or weather there is always a lovely view from the Rath across the Haven.  I’m really missing the woods and the beaches where we can just play free.  I love Christmas but after the build up I love the quieter days to play and explore again.