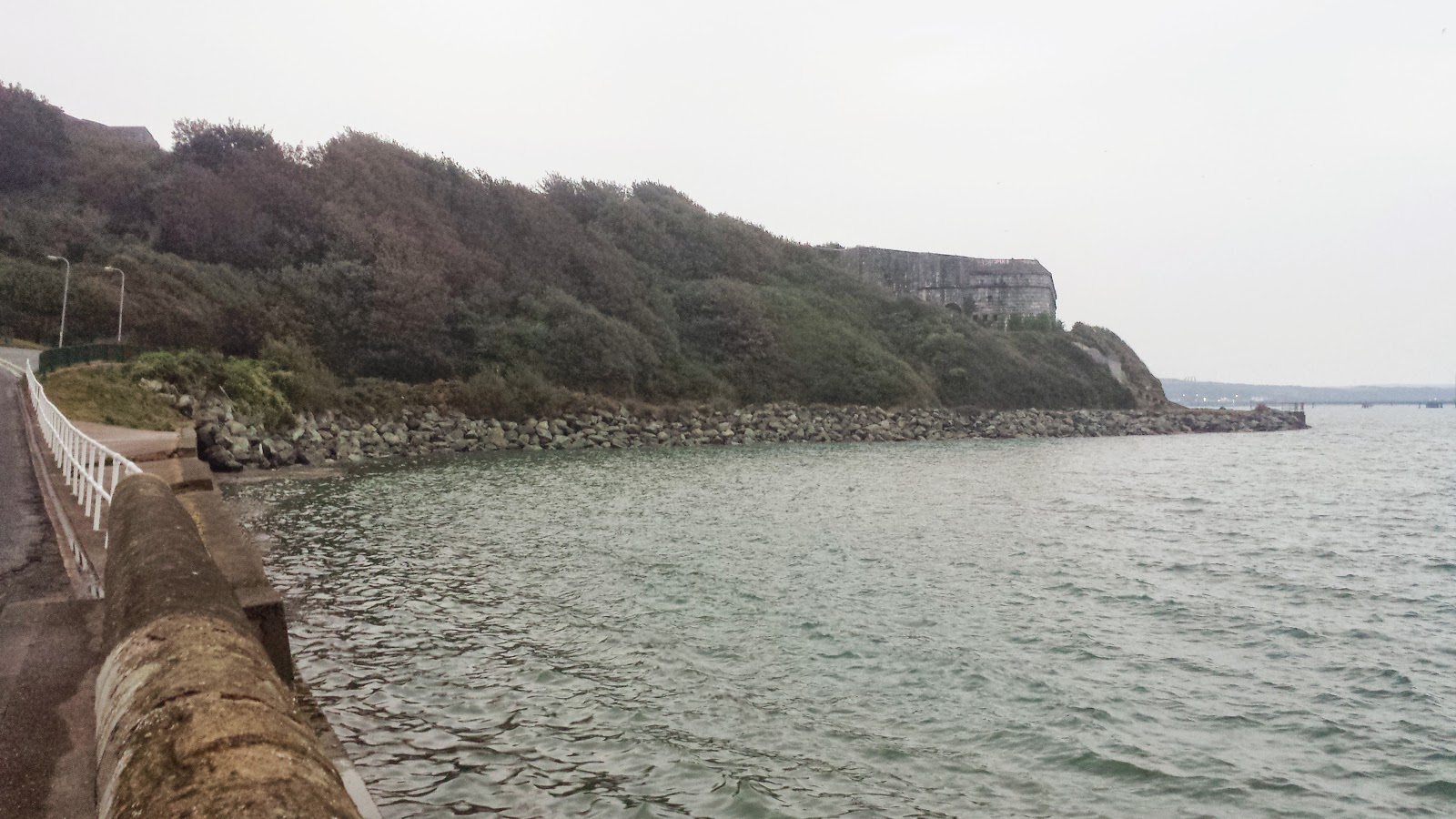 This weekend Danny  has travelled to Poole in Dorset,with Dave, to take part in a gymnastics competition.

While I’m having fun with my girls, I can’t help but miss our boys, so I thought I’d write a post about a mini adventure that Danny had last week. 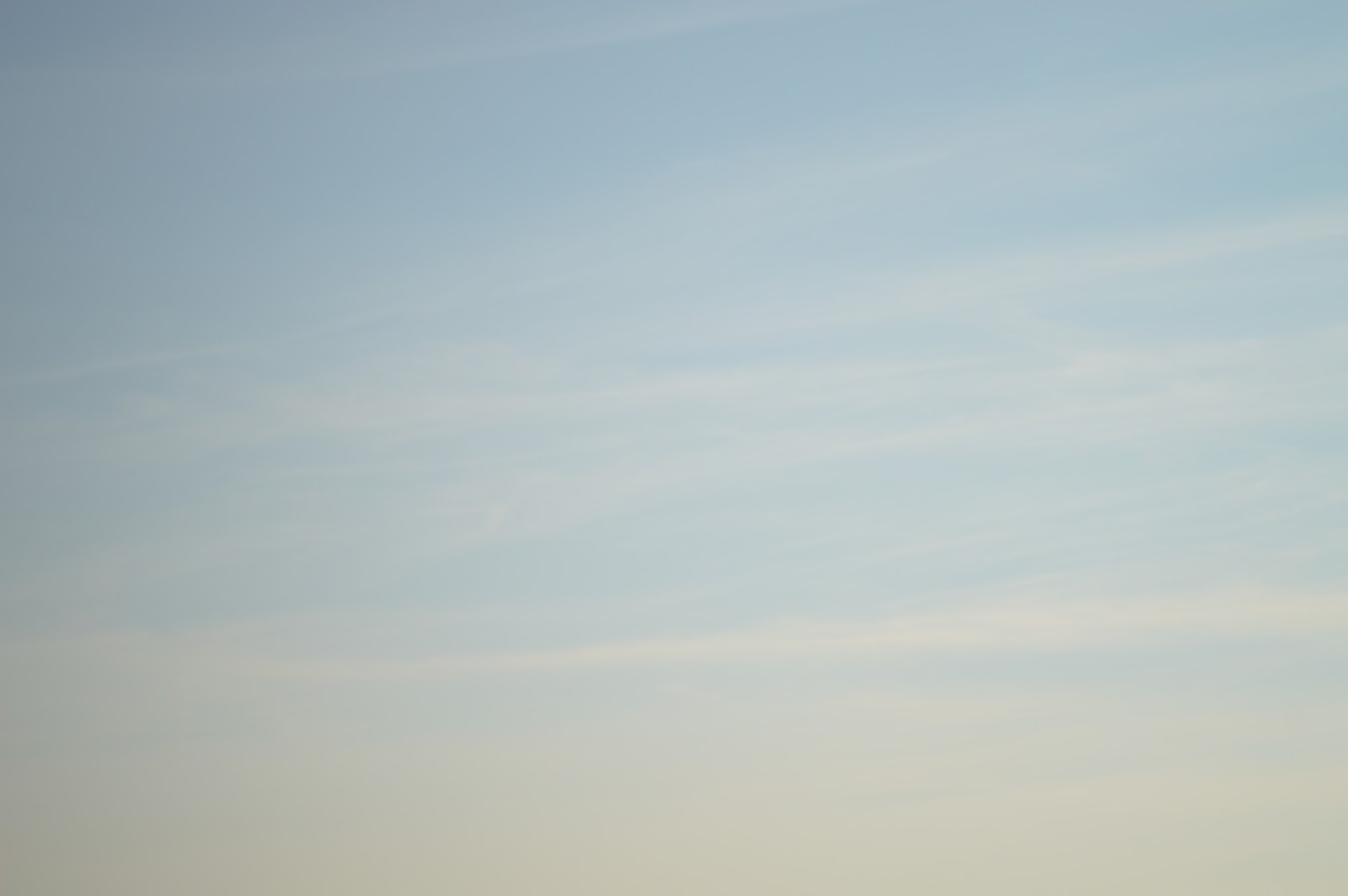 One evening after school, I was busy making tea and packed lunches when Dave texted to tell me that he would be in view out at sea from our local beach within the next ten minutes.   He was delivering a boat into the marina.

I realised that if I dropped everything I was doing at that moment then the rest of the evening wouldn’t go to plan so I asked Danny if he fancied a walk down to the beach.  He was reluctant at first as he’d hoped for “tablet time”.  However, once I explained to him that even if he was home he wouldn’t be on the tablet then he decided to go.  I trusted him with my camera so he could get some photos of Dave in the boat and then walk back ready for tea.

I texted Dave to say that Danny was going down to wave to him.  He then replied asking if it would be ok if he picked him up in the boat.  I knew that Danny would love that so of course I agreed.

Danny had already left.  He walked down to the beach, took a photo of the fort, the sky and waited to see their boat.

He saw them come under the  jetty and took lots of photos of.  Instead of passing on and going around Gelliswick as Danny expected, the boat of course turned and came in close to him.  I’m not sure what Danny was thinking as that happened! 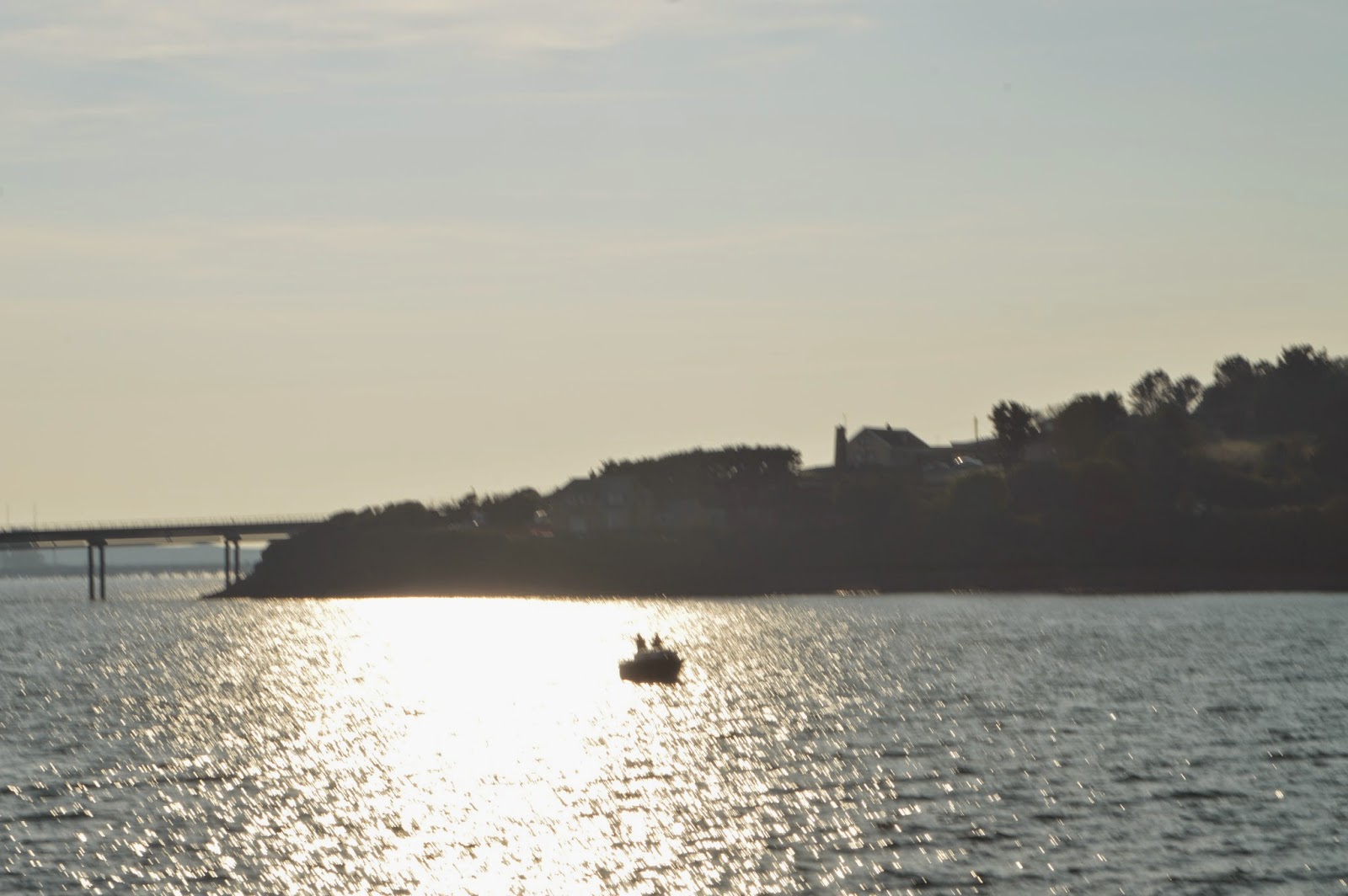 When they were close enough they told him to get to the wall and into the boat (I can only imagine what this looked like to onlookers at the time!). 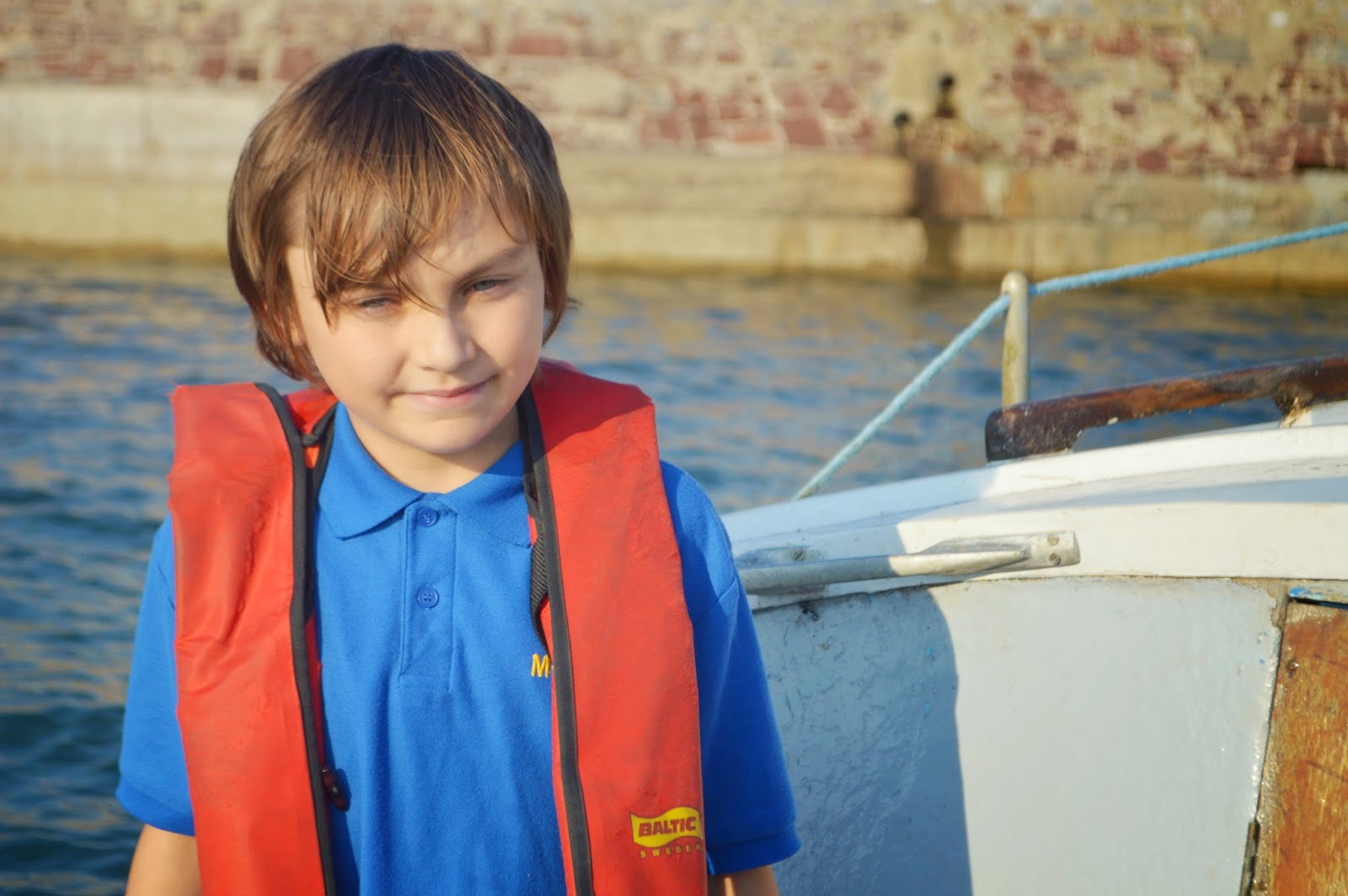 So, instead of walking up the hill and home for tea, my not so little lad enjoyed a boat ride into the Marina, a couple of hours “work” with his Dad and  then they had a curry together.

I think he had much more fun than if he’d stayed home on the tablet! 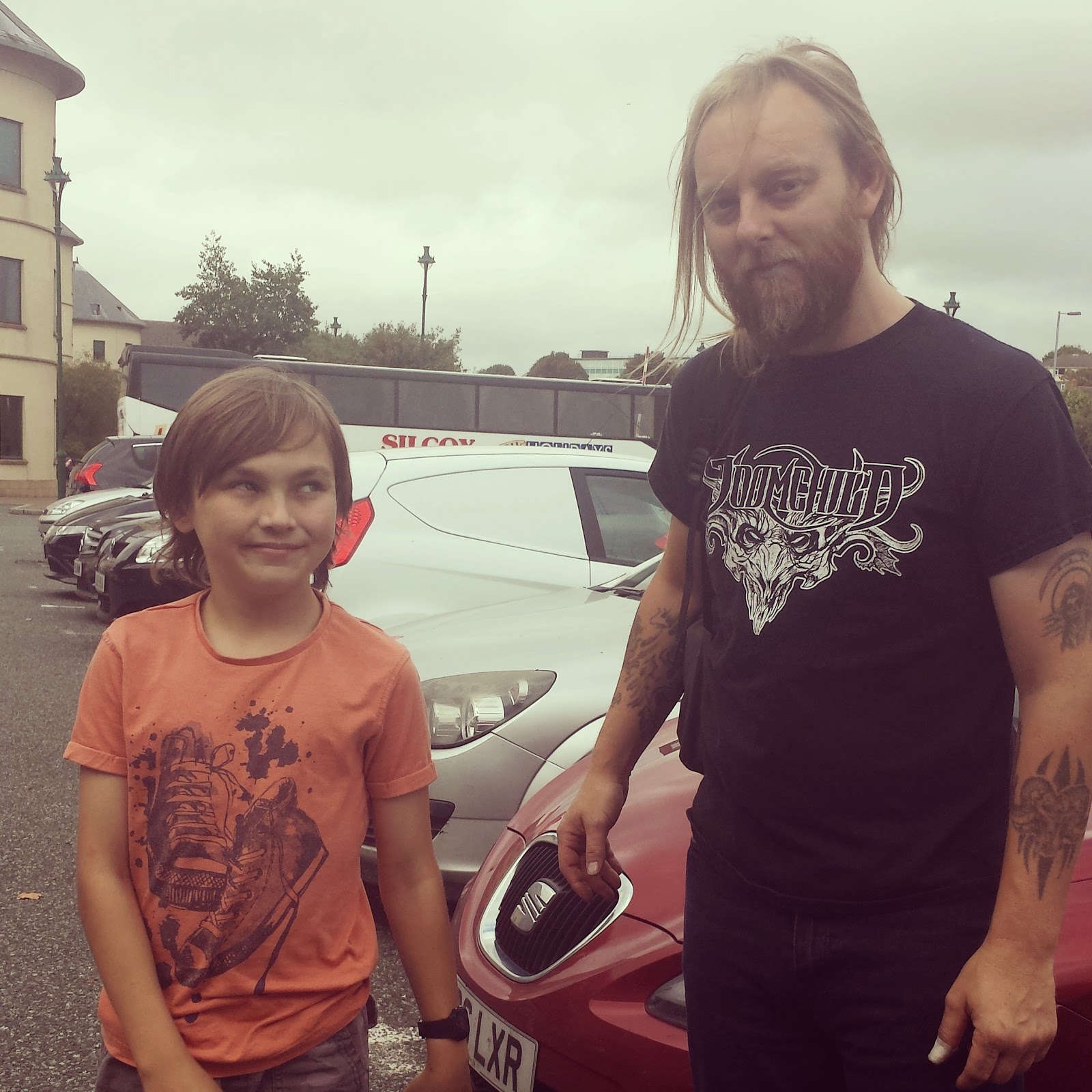 We dropped them off for the coach yesterday and last night they arrived safely in the hotel.  A visit to the bar has already taken place! 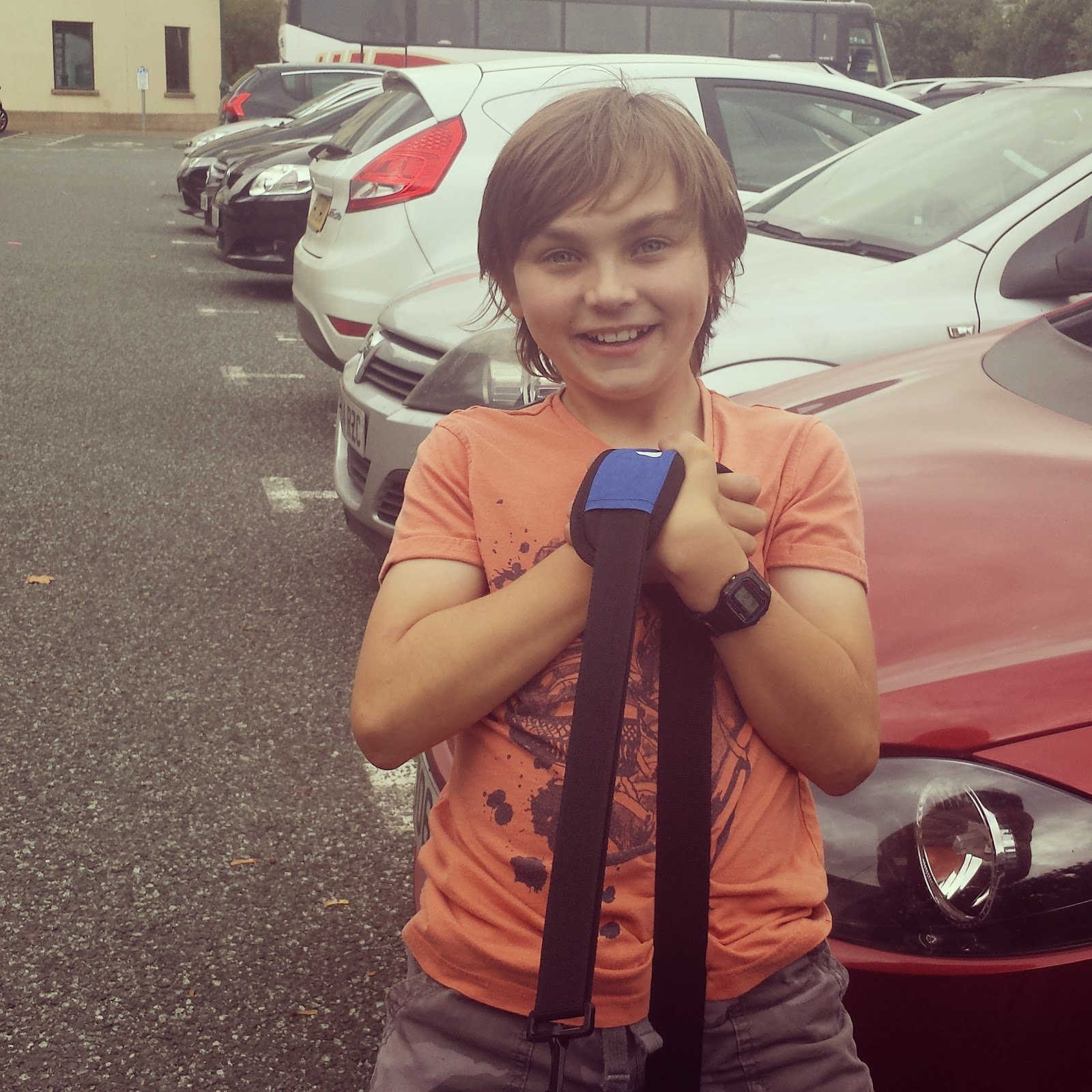 Oh dear, I’ve just had a text from Dave telling me he has lost Danny but the creature above keeps following him!  They only popped into the sports shop to get new gym shorts! 😉