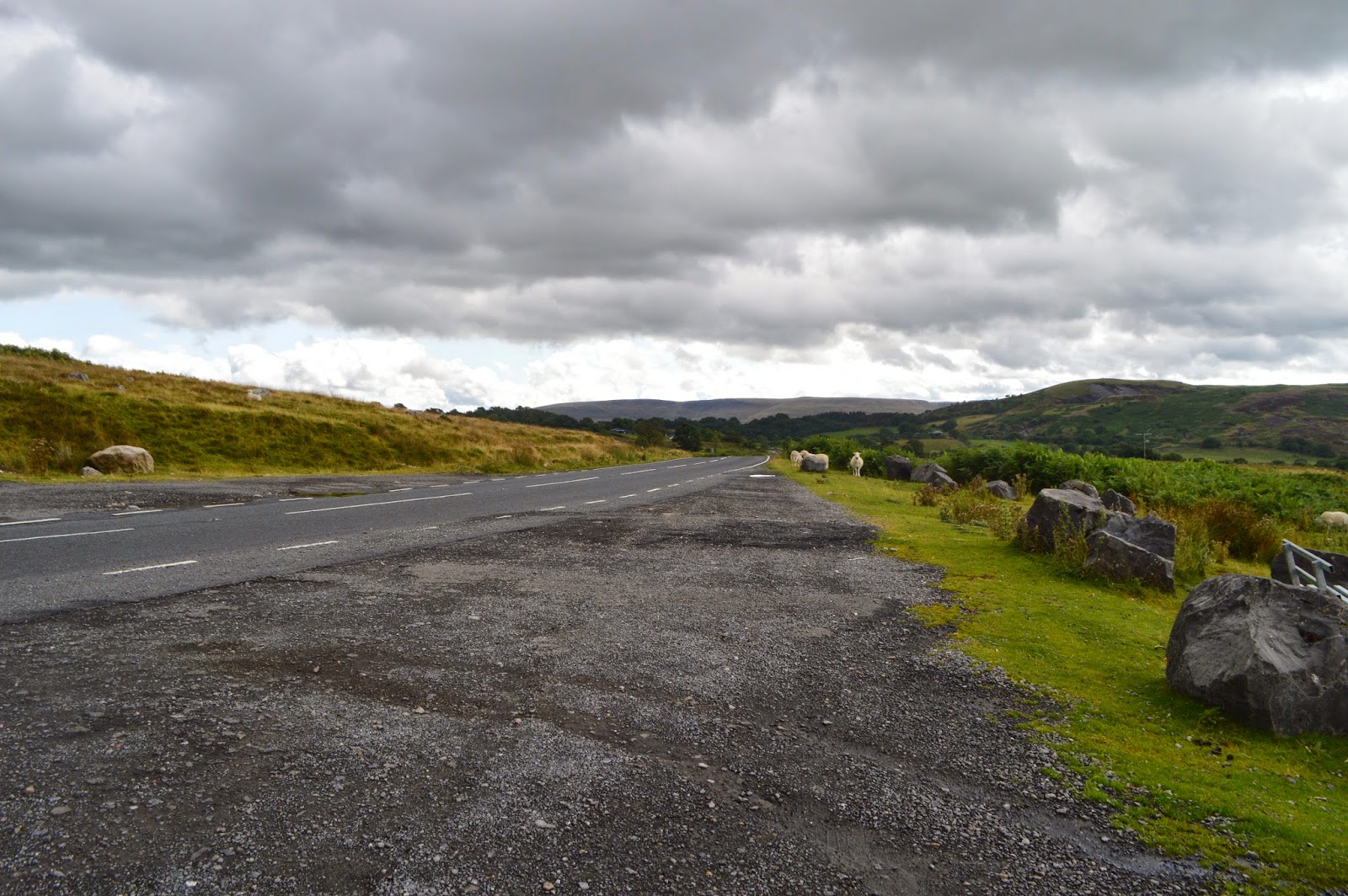 So, with the big kids safely dropped off at PGL and Aunty Ceris, we had one whole day as a two point two family (well more like one point two as Dave worked all day).  We spent the morning taking poor mum up to the out of hours doctor with a bad chest.  Thankfully, with a dose of steroids, she is getting better.


Then we spent an afternoon just playing really.  Caitlyn then went to stay with her cousin Cerys for the Saturday night and I was left with one!  Dave was gigging, so it was quiet one for me and Izzy.


We had an evening downstairs playing, reading books and Izzy fell  asleep cuddling me which was lovely.  I carried her up to bed, only when it was time for me to go too.


The next day we planned another few stops and adventures on the Brecons and then onto Powys to pick both kids up. 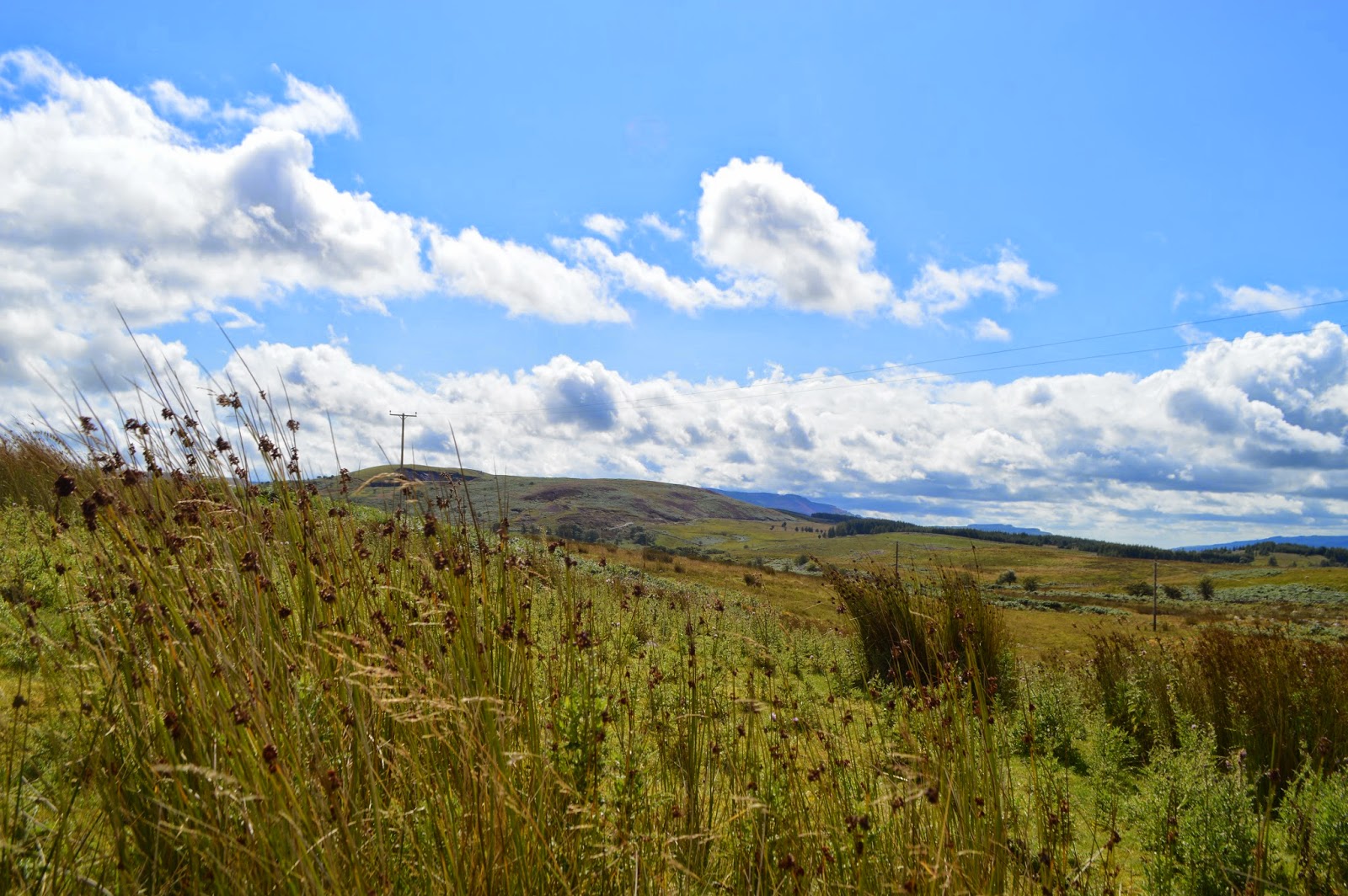 Storms and heavy rainfall were predicted and I was feeling quite apprehensive about driving across the mountains in heavy rain, but thankfully in between heavy showers, there was a blue sky. 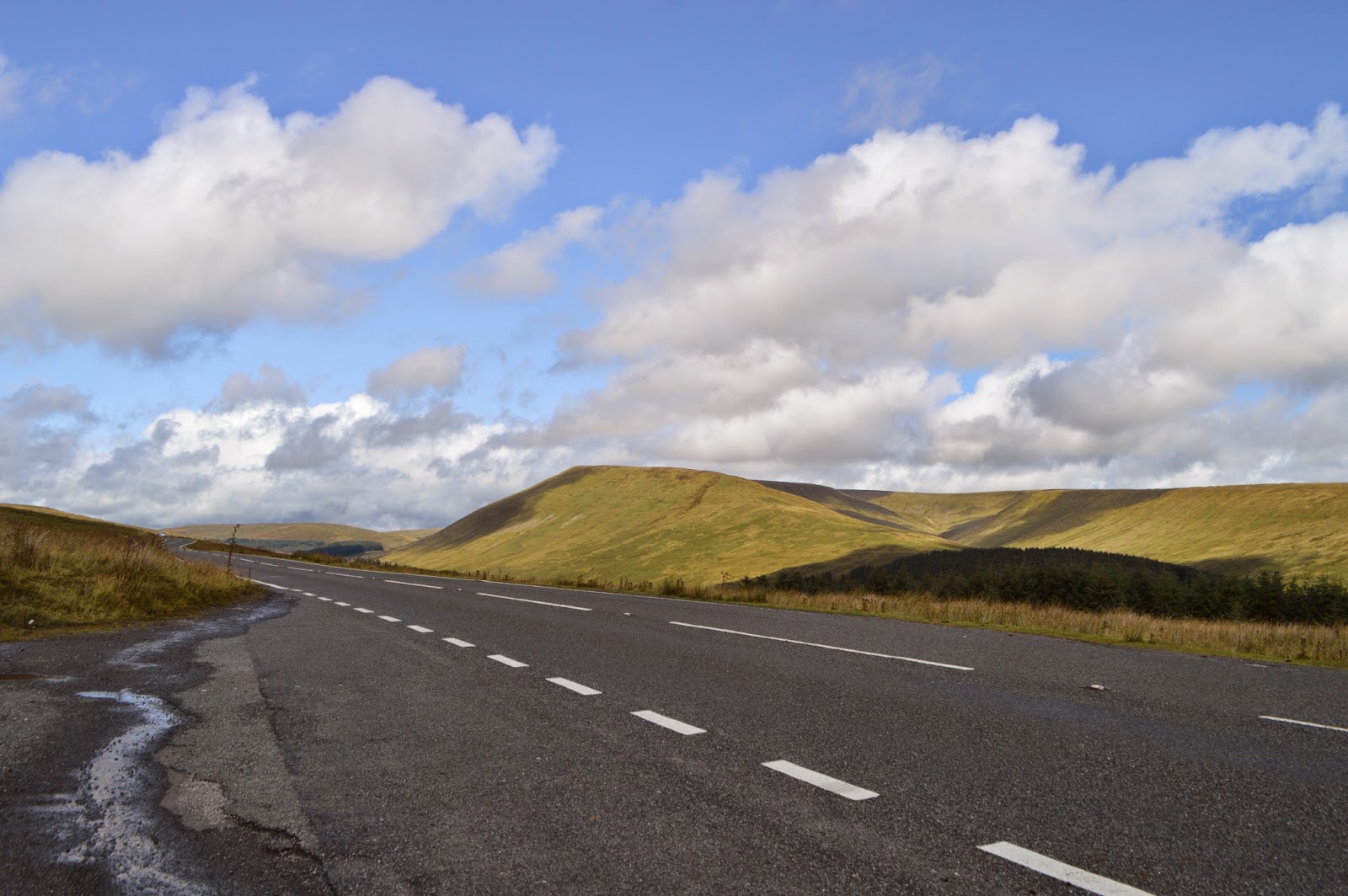 One day I would love to go on a road trip exploring America, but if you’re looking to do something different in the UK, I would recommend driving across the Mountains in Brecon and Preseli.  I love it and in Winter when they are snow covered they are magical (and such fun for sledging!). Take care though on icy roads of course! 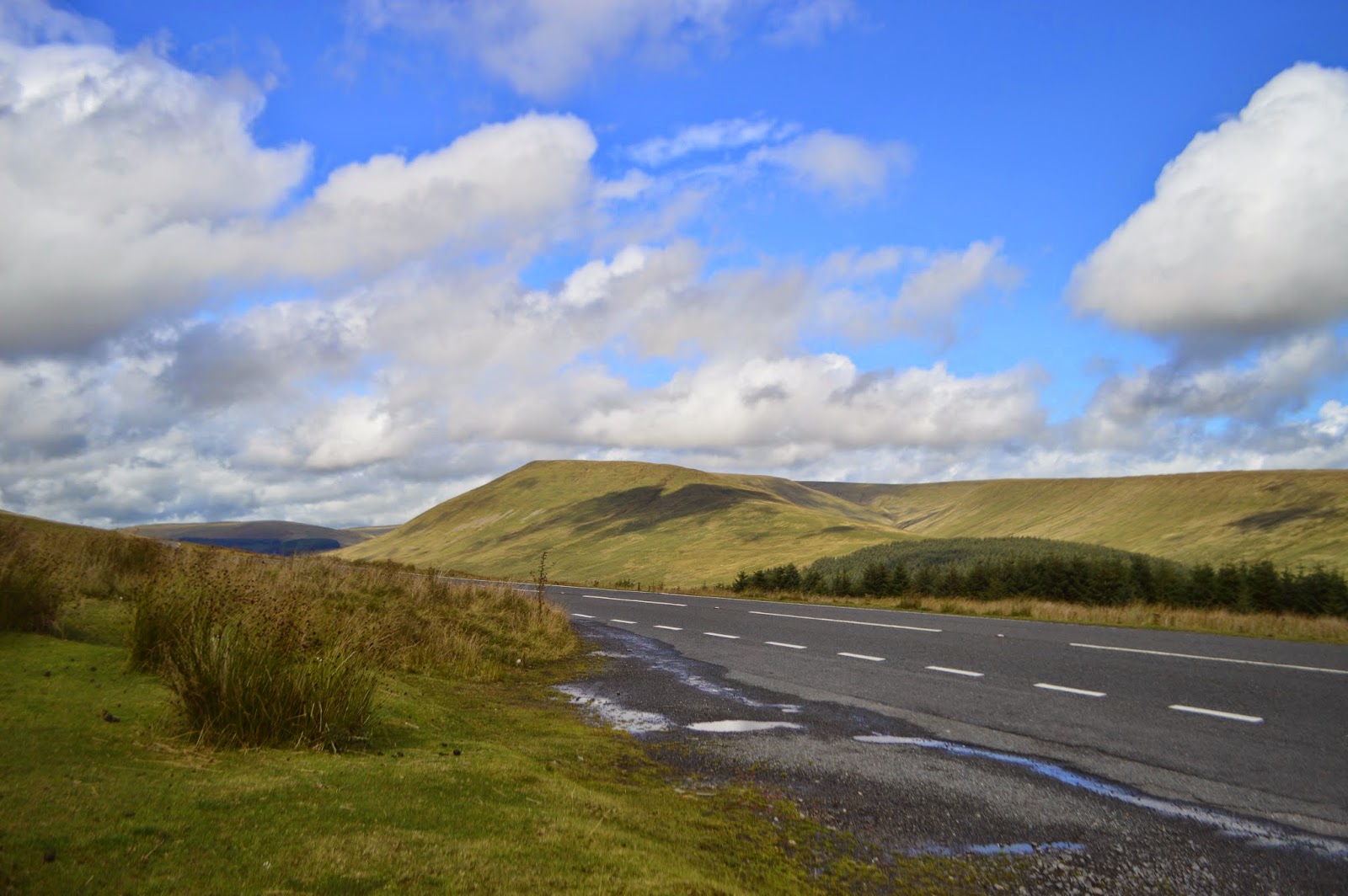 I stopped at every lay by, I know there is always a joke about families going out for the day and ending up in a lay by!  Woo, what fun!  But, once out of the car and exploring I find it’s wonderful!  (Stopping in a lay-by by a busy road, with no view and staying in the car is another matter of course!).


We didn’t take the kids out at every lay by as some were very short stops for one photo,so it wasn’t worth the seat belt tug of wars that would have ensued.  The kids still enjoyed the views and Izzy made Dave laugh describing what I was doing:


and as I popped out of view over a mountain: 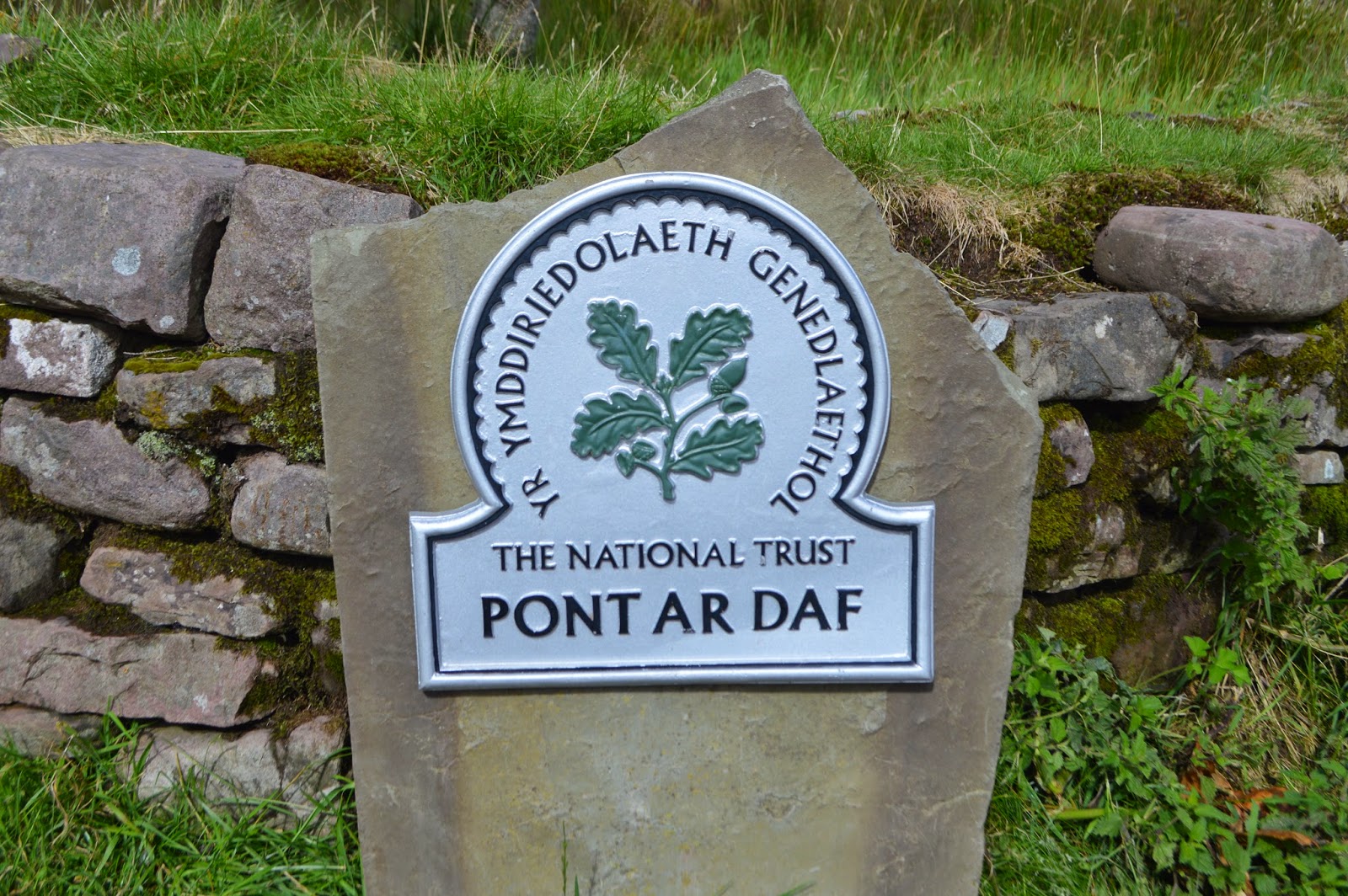 We had a family stop at Pont ar daf though which was a great choice.  There were toilets and also a snack bar.  There were plenty of other places to stop too but this worked well for us. 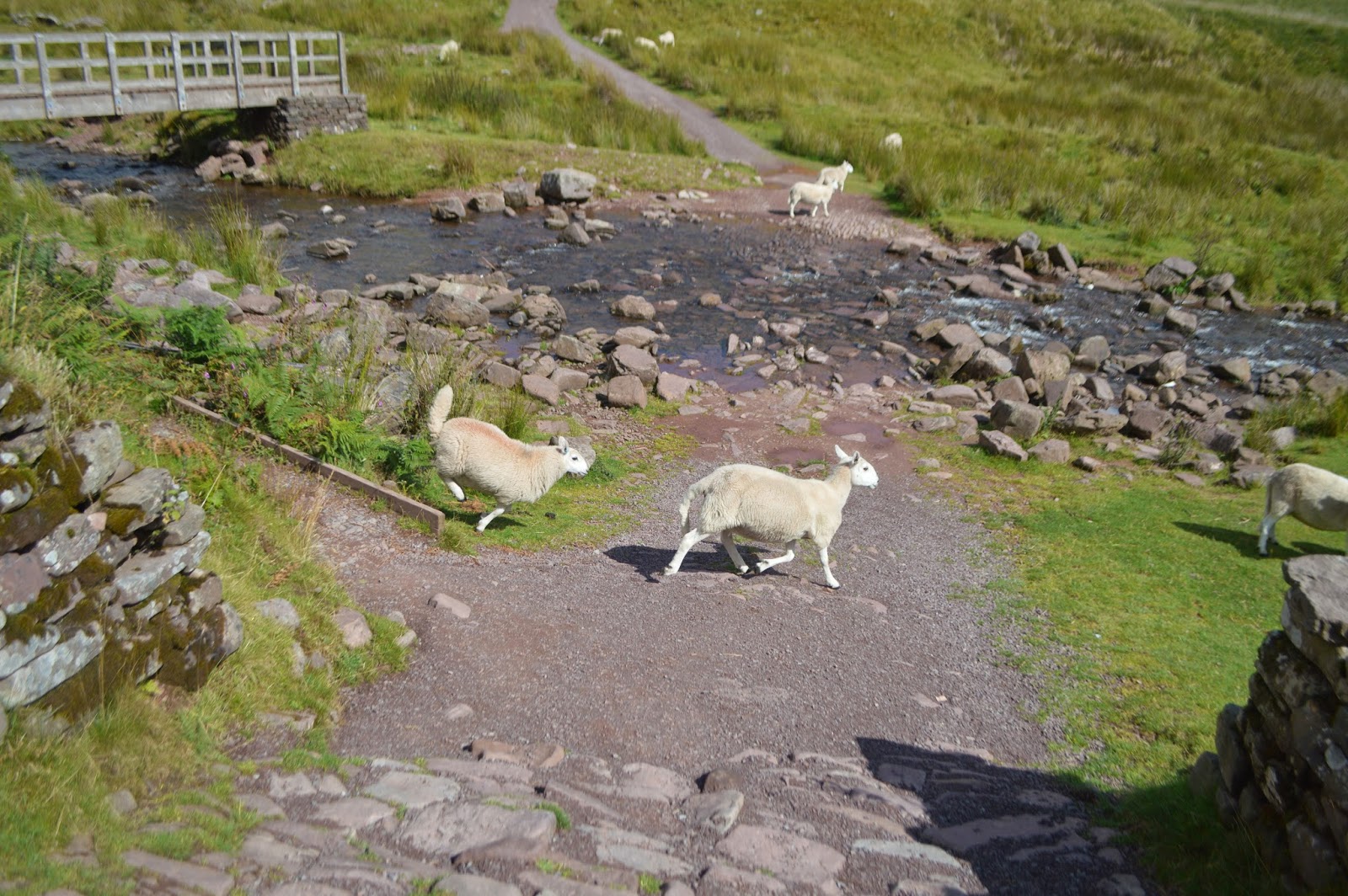 We picnicked by our car and then went for a walk.  As expected, there are lots  sheep everywhere. 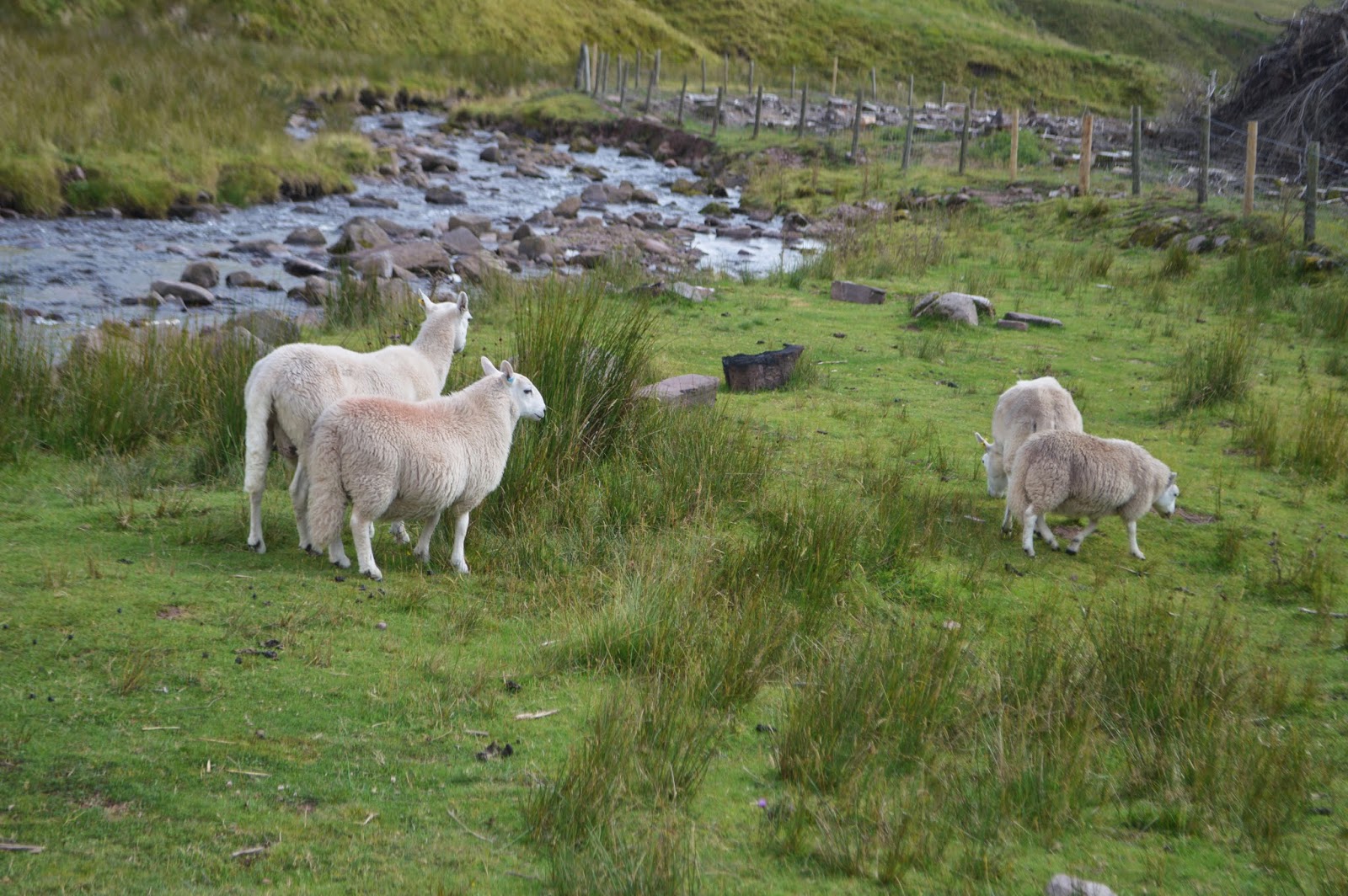 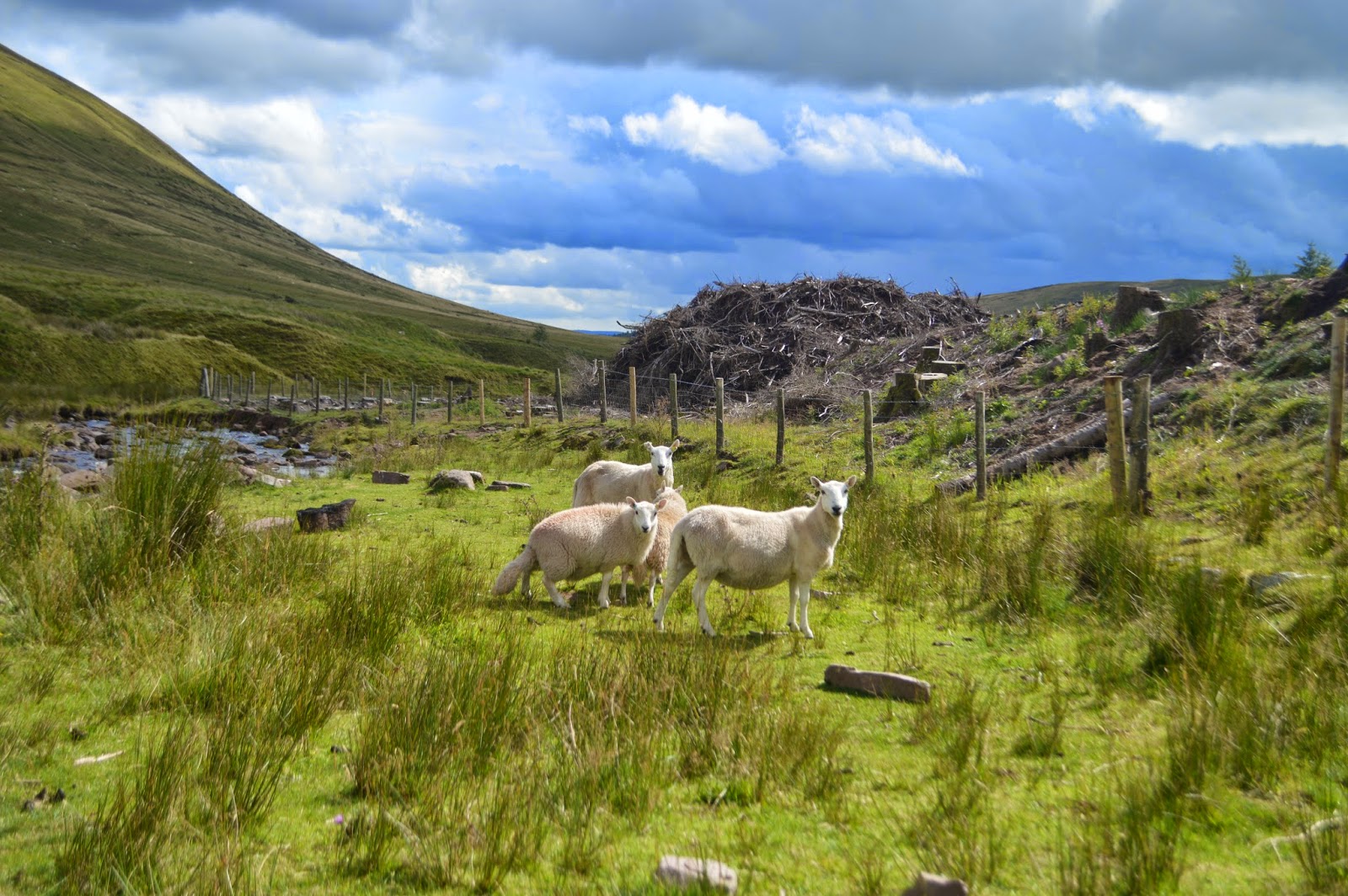 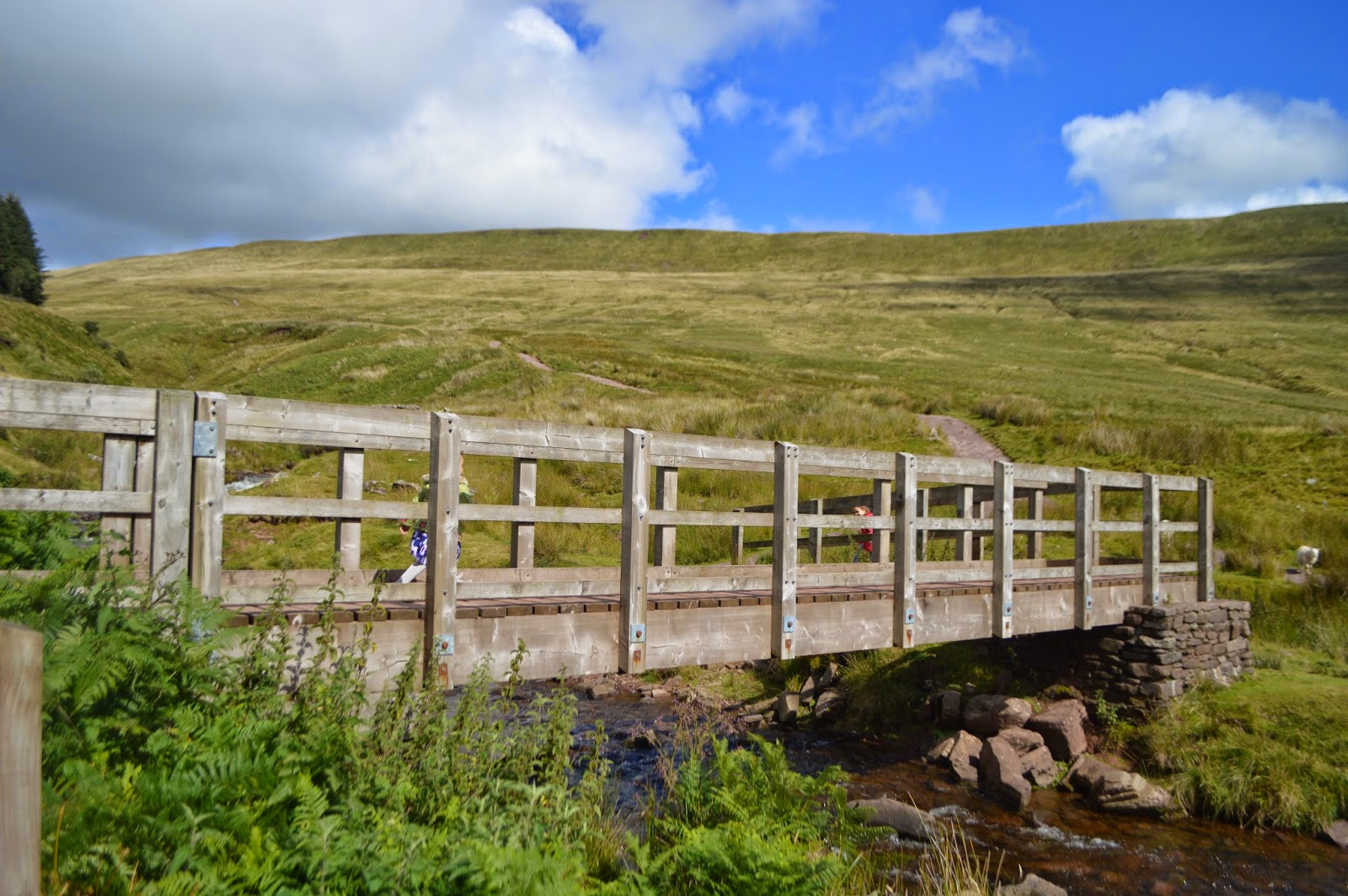 A little bridge to trip trap over is always fun. 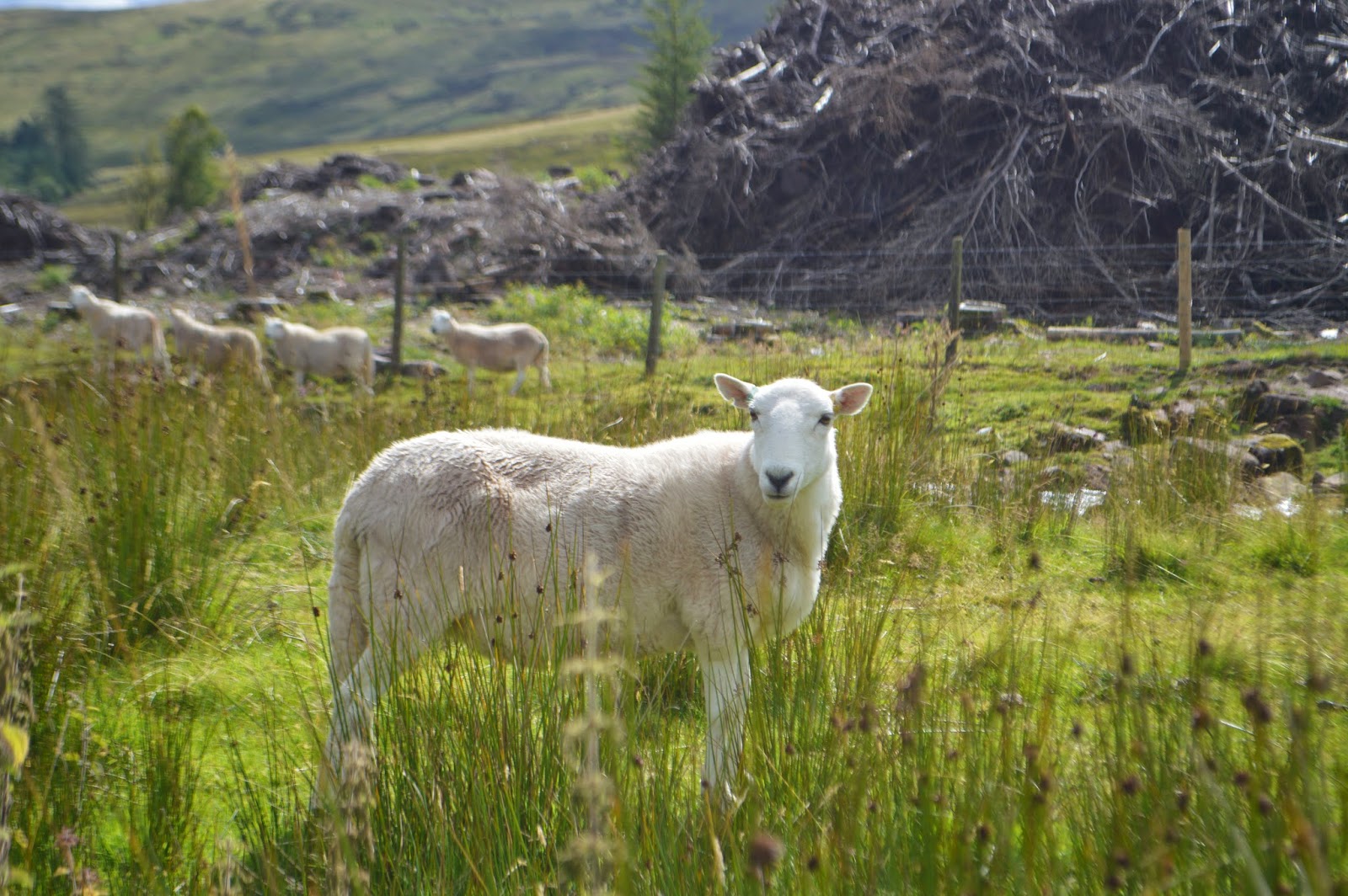 The sheep tend to try and ignore you (in the hope that you’ll go away), but I wanted a couple of head on snaps.  My tip?  Sing, “Look at me!” at them and they really do look.  Clever sheep! (or crazy lady?!) 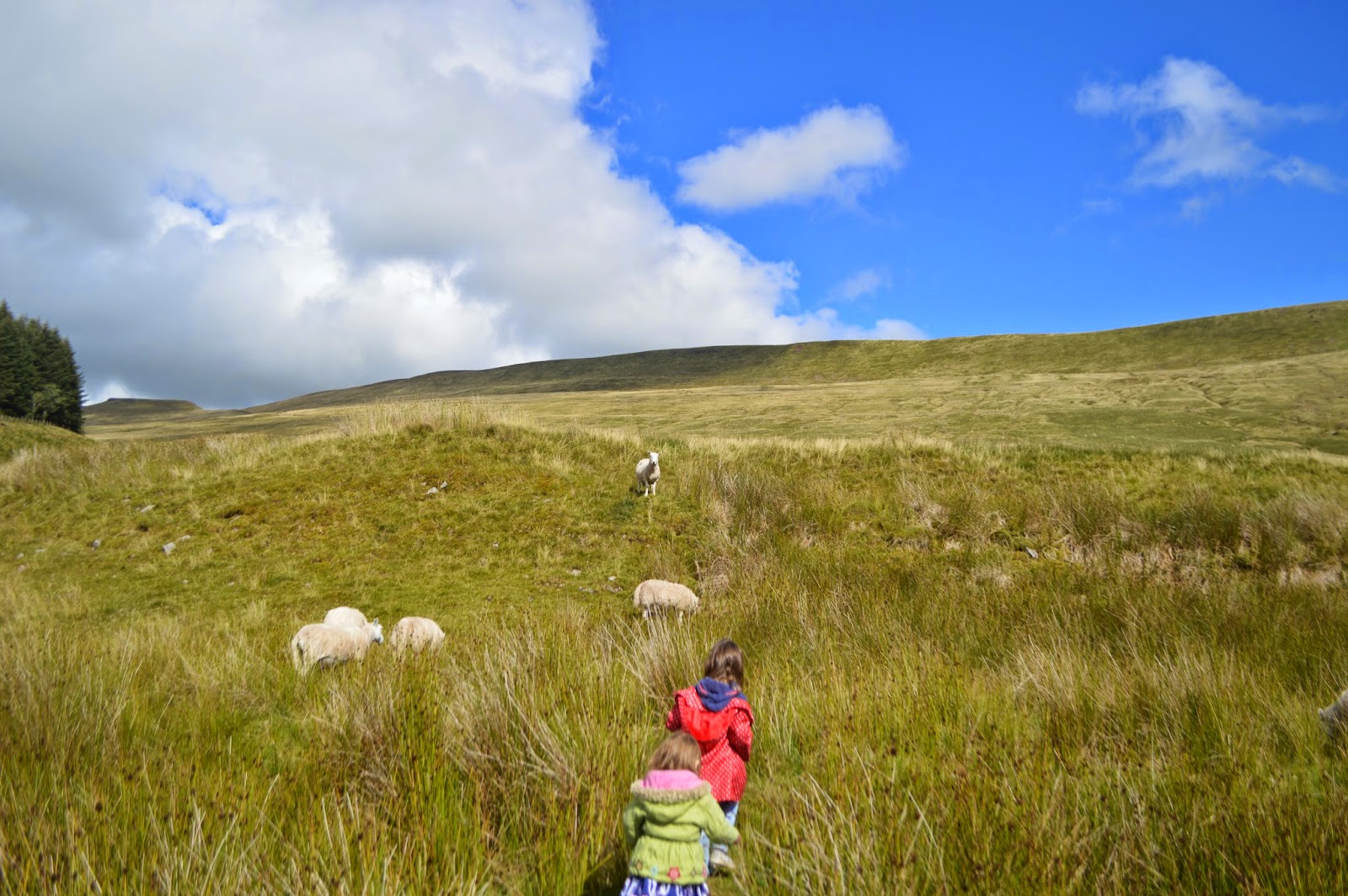 My little shepherd-esses.  We couldn’t stick to the path and had to walk the wettest pooiest way. 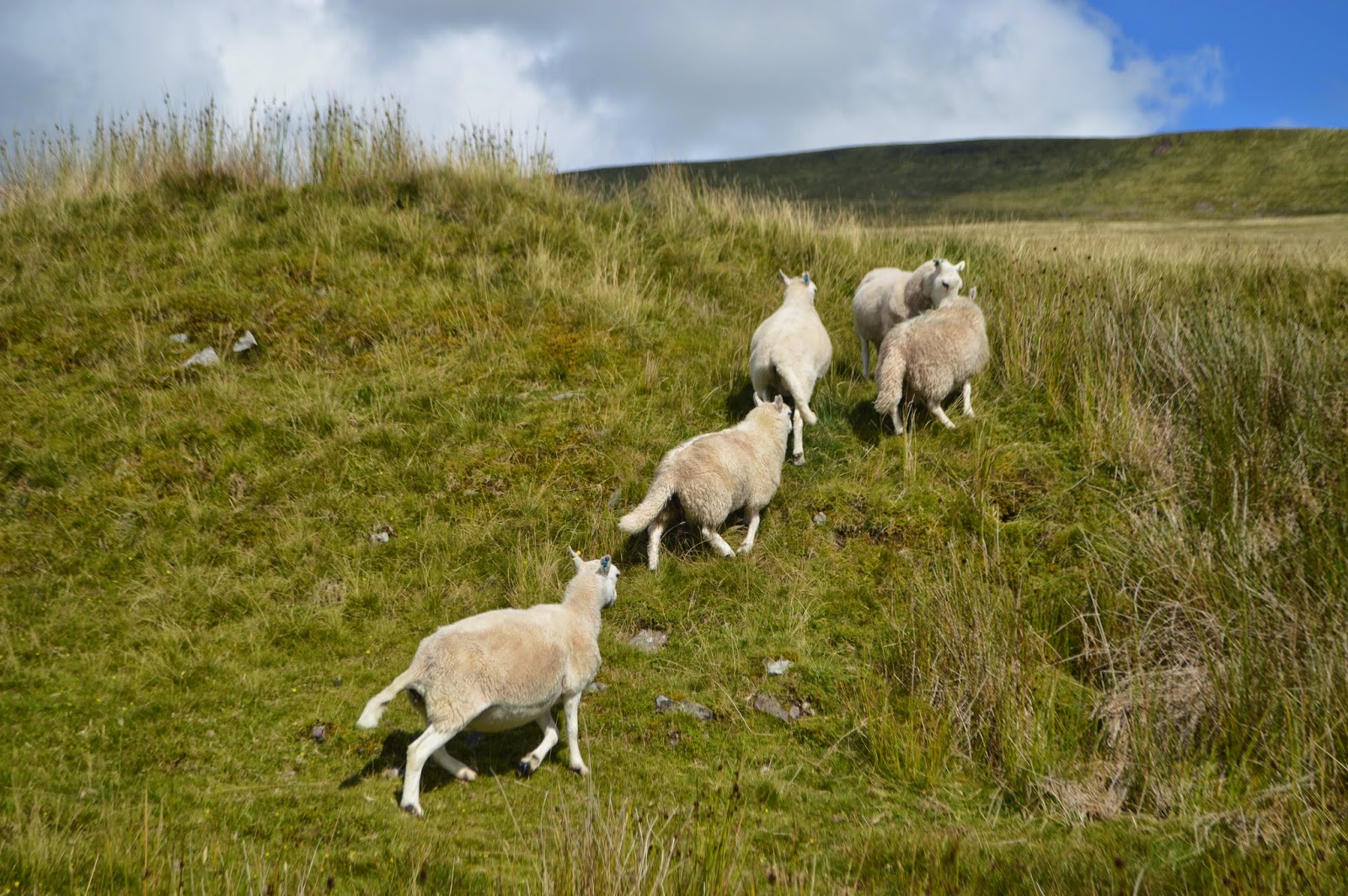 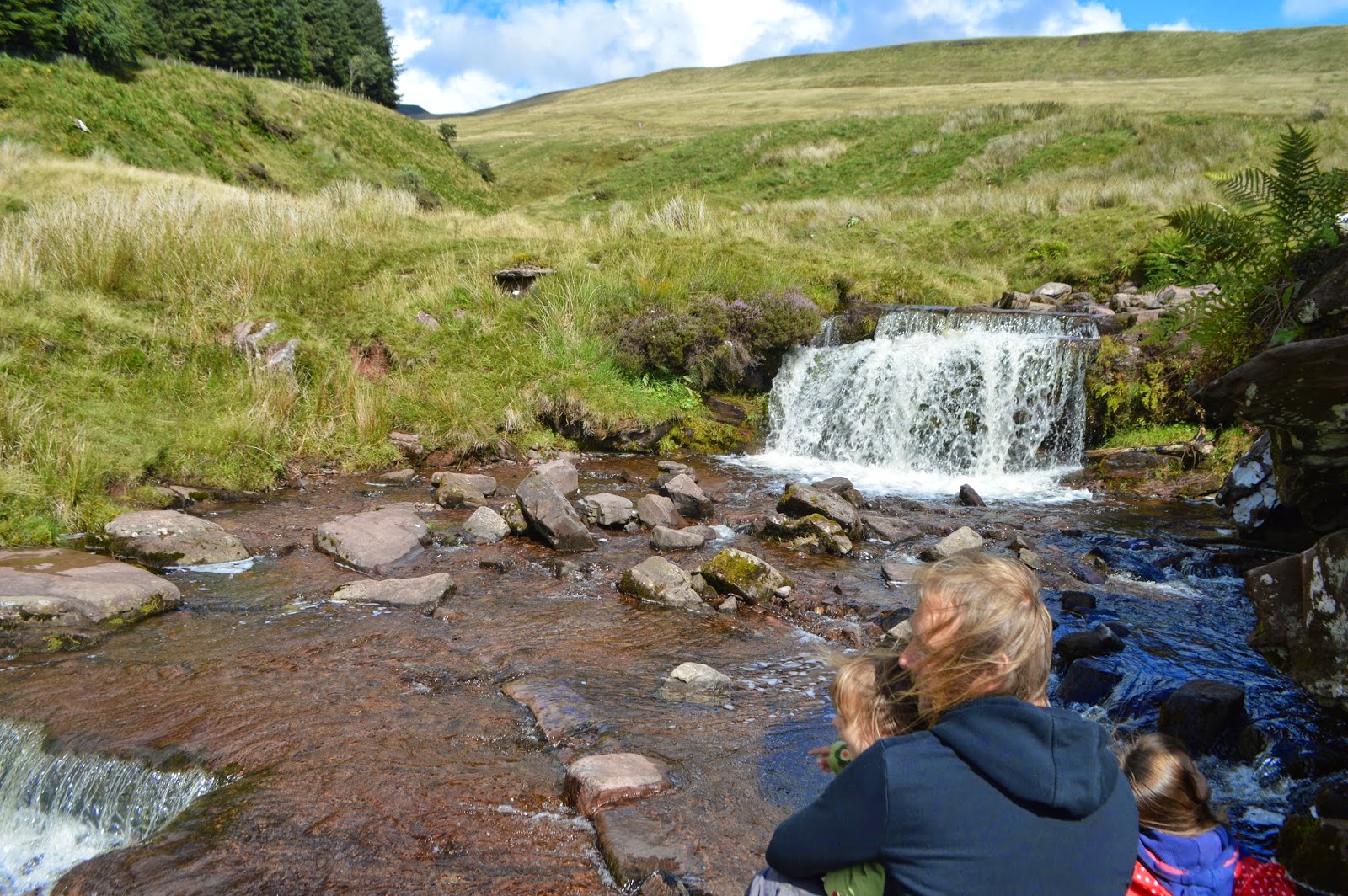 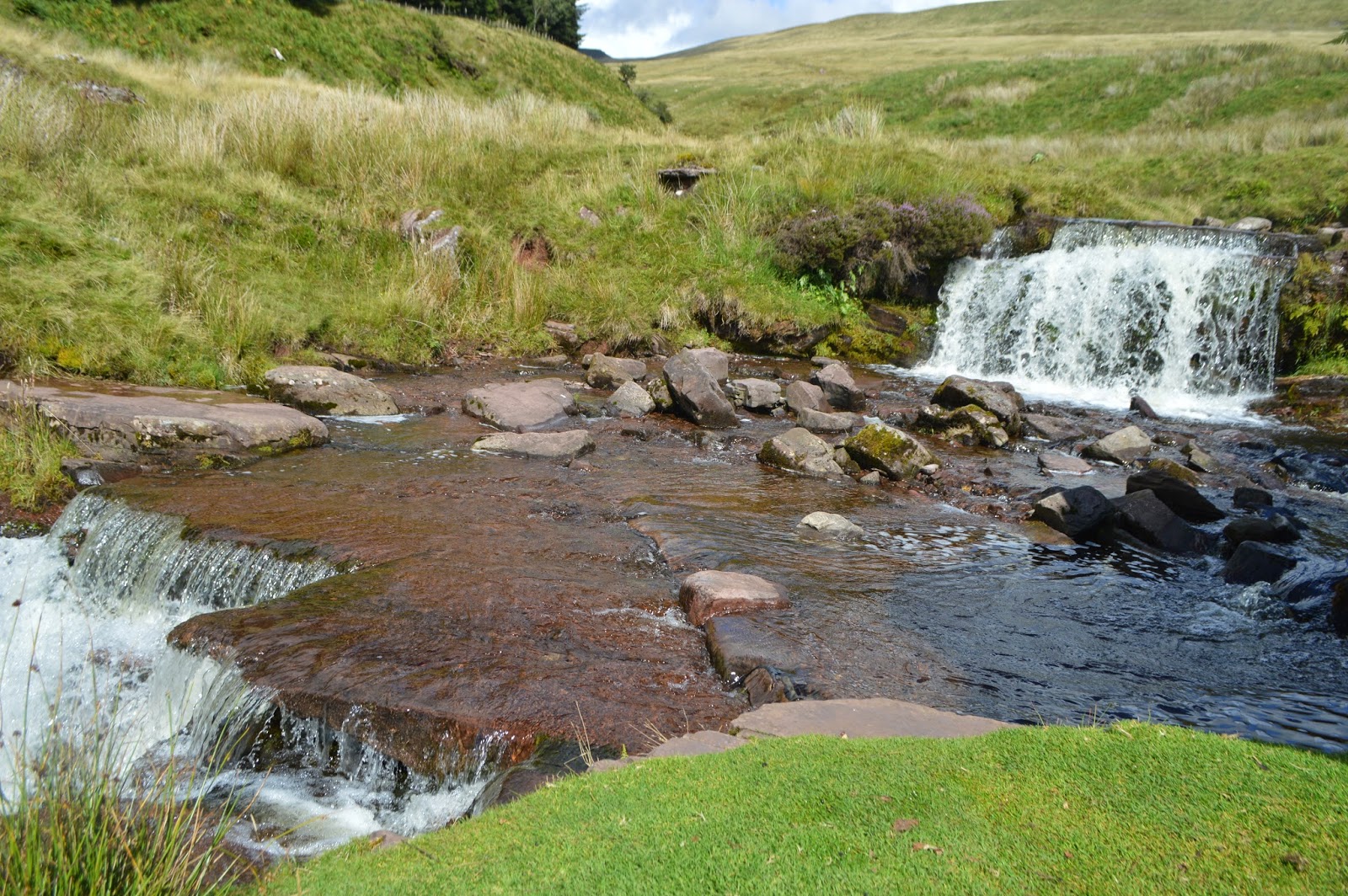 I am so nervous when we are by heights or fast running water with the kids.  As soon as I spot “dangers” I have already imagined a horrible scenario and felt all the awful emotions inside of me. I stop in fear.  I shake and I start randomly shouting, “Get back, get back!”  Often, I cry. 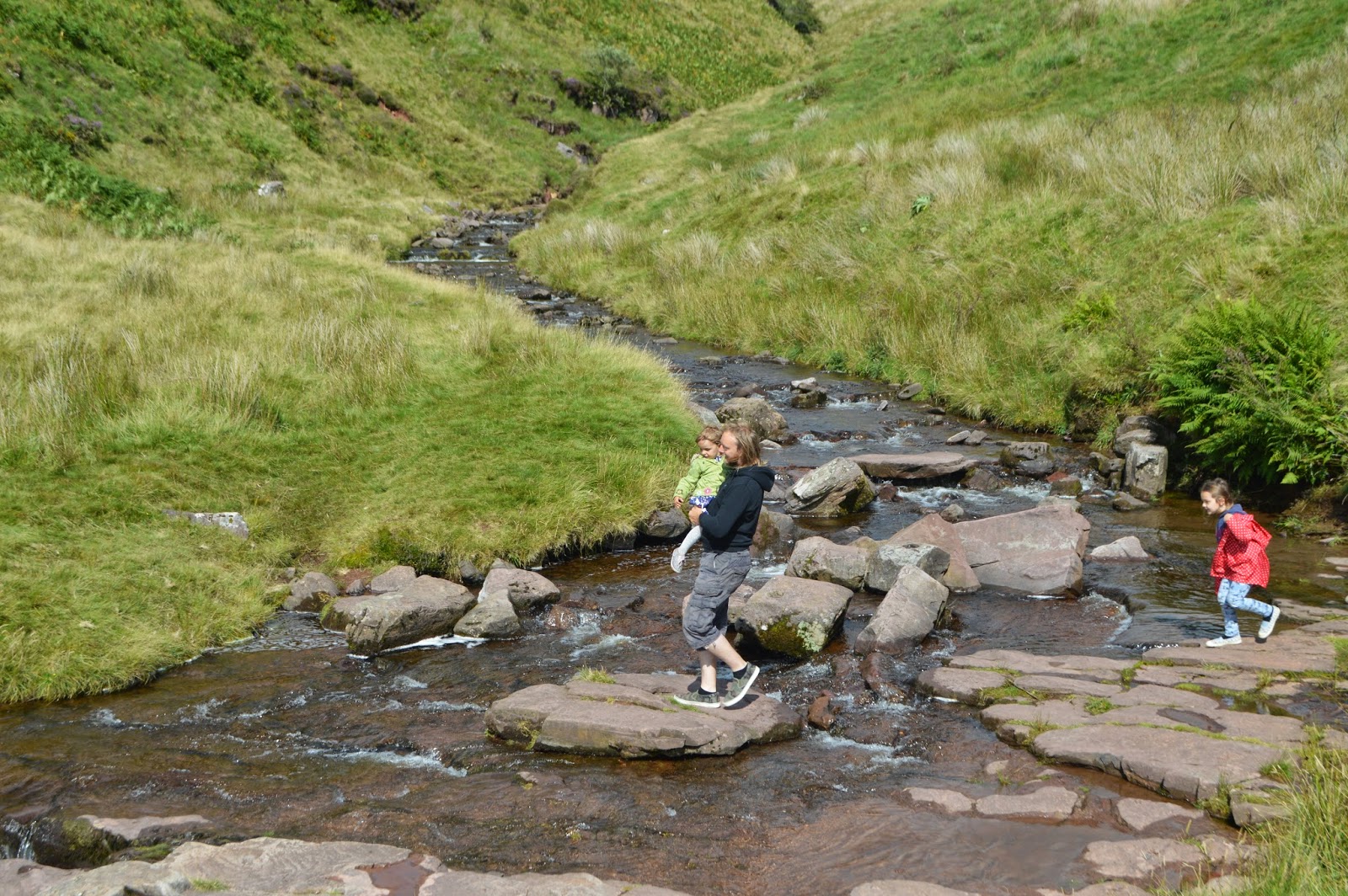 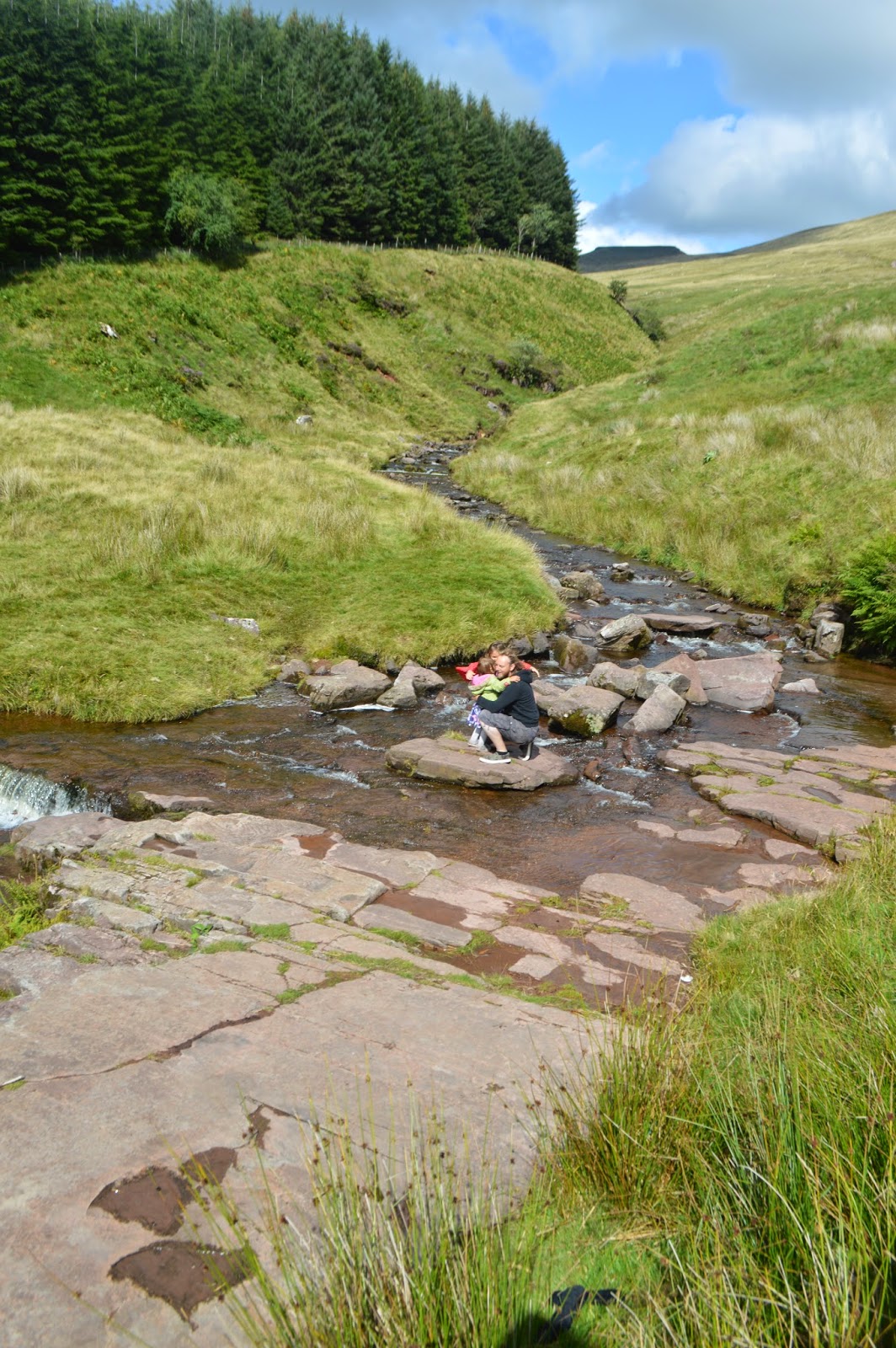 Dave has a completely different approach.  No fear and a huge sense of adventure. Whilst I hate him at the time and shout a few cross words at him (sorry Dave!) I know that he teaches the kids to respect the danger, acknowledge it and face it safely, which when I’m feeling rational I can see is a more sensible way of allowing the kids to keep safe.  They want to see over the edge, he shows them how to do it safely and where the invisable barrier is.


They wanted to hop across the water, so he showed them how to.  He took them to their own mini Island, where they giggled with glee at the flowing water around them.  I was trying to think logically.  The water was shallow, so at the worst (if they fell in) they would get wet, a few scrapes from the rocks and we would scoop them out.


Of course, Daddy kept hold of them and kept them safe as always as deep down I know he always will.

There was plenty of coal to stock up for Christmas stockings! 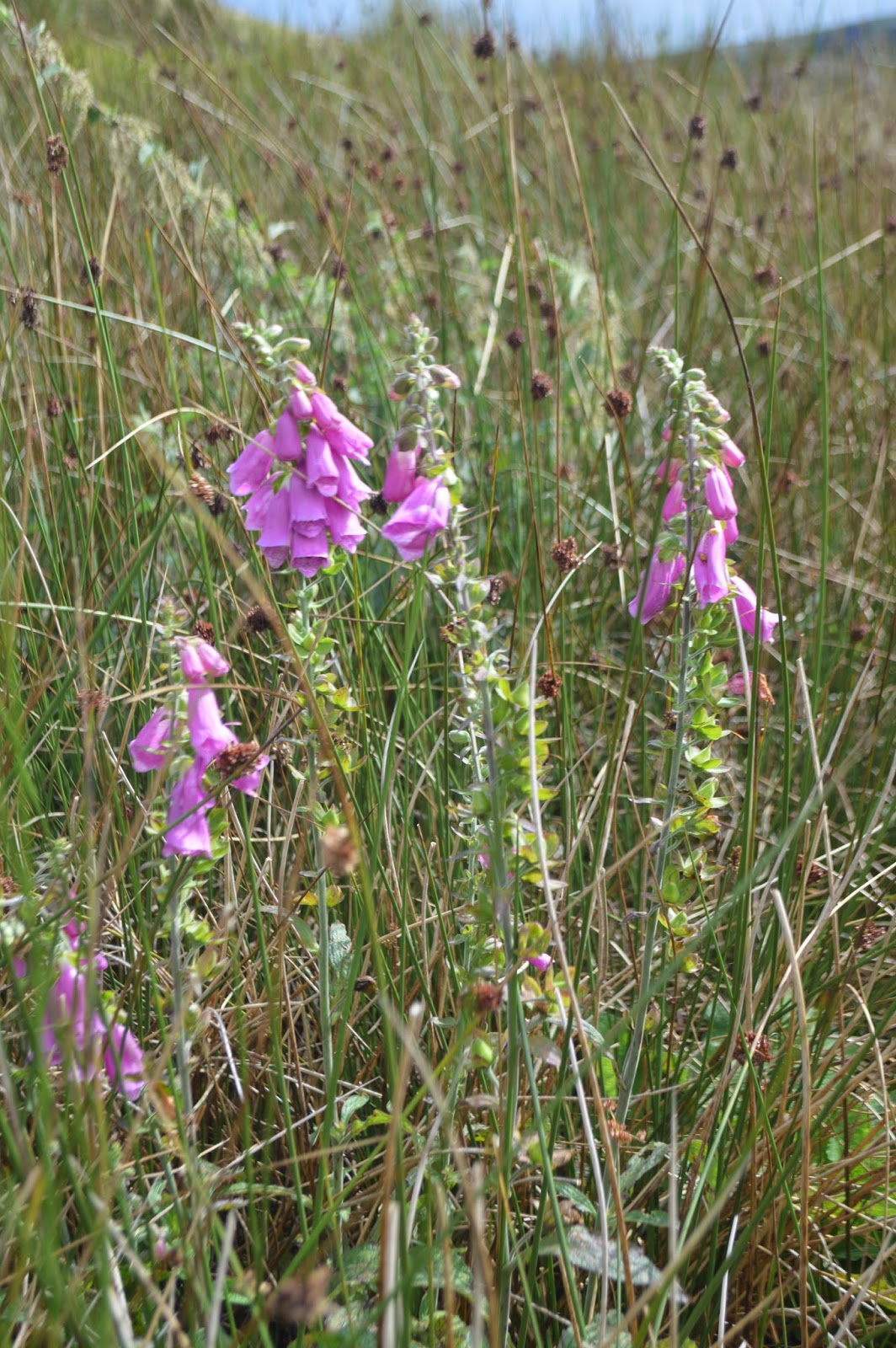 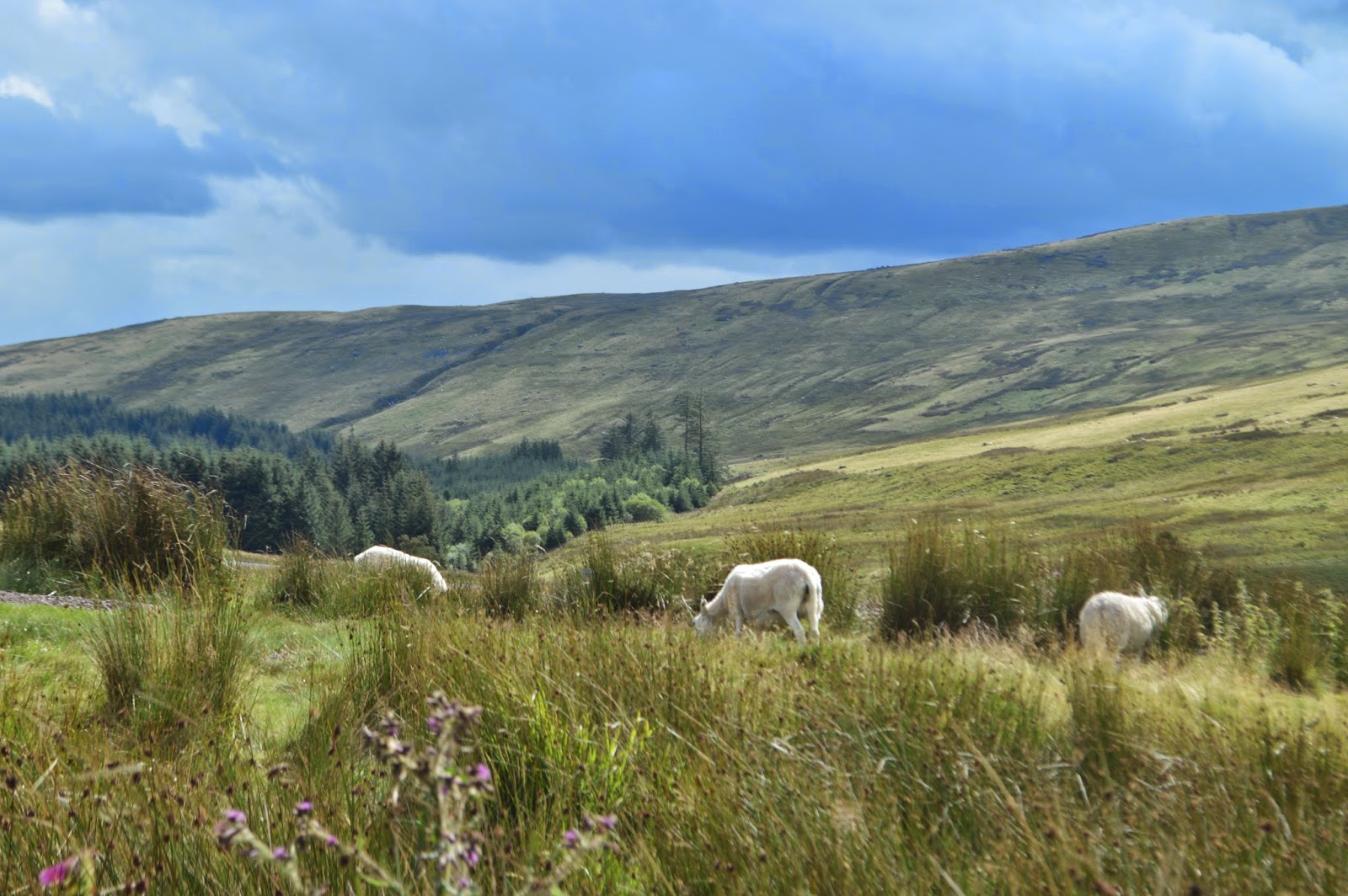 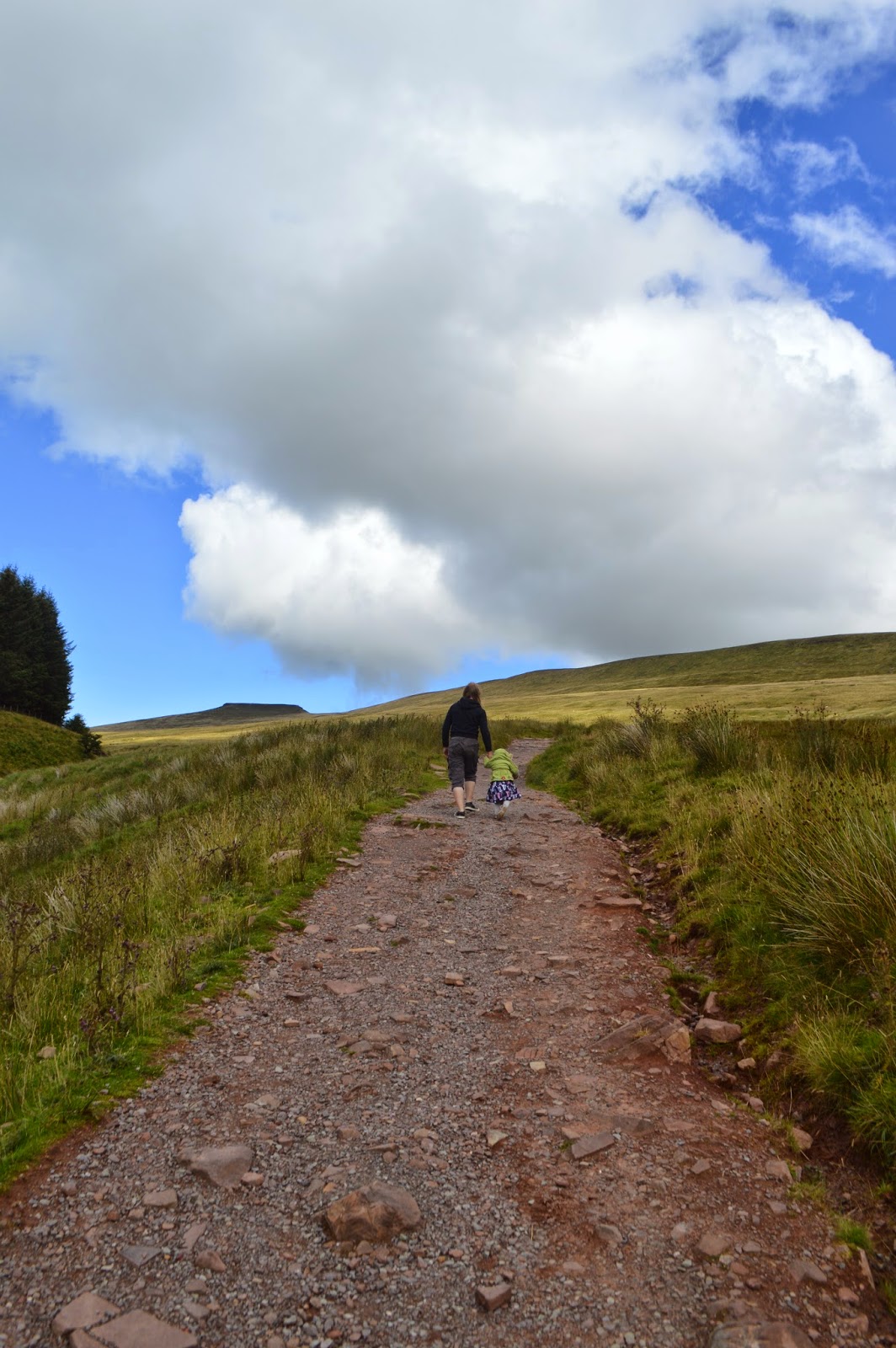 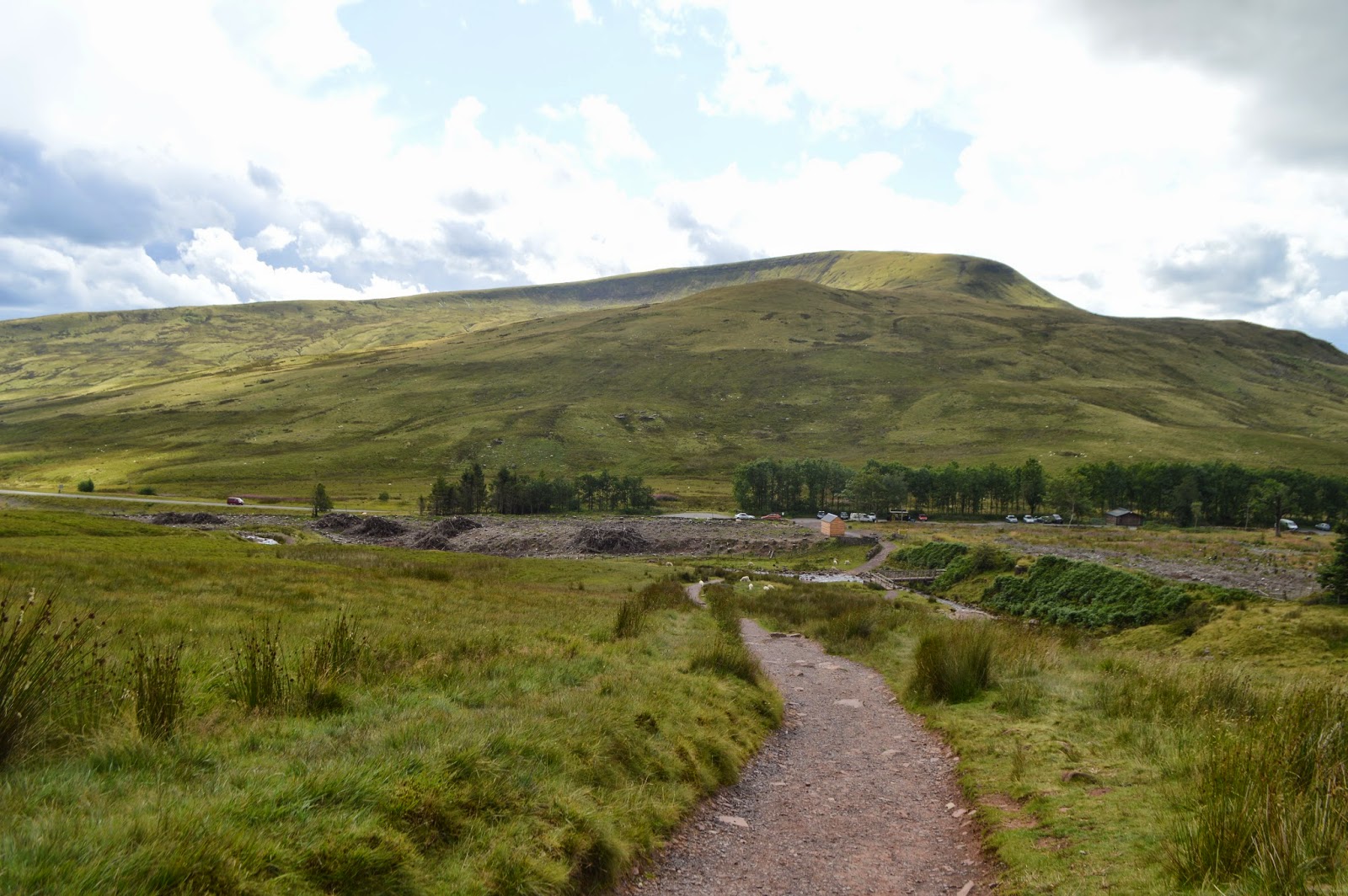 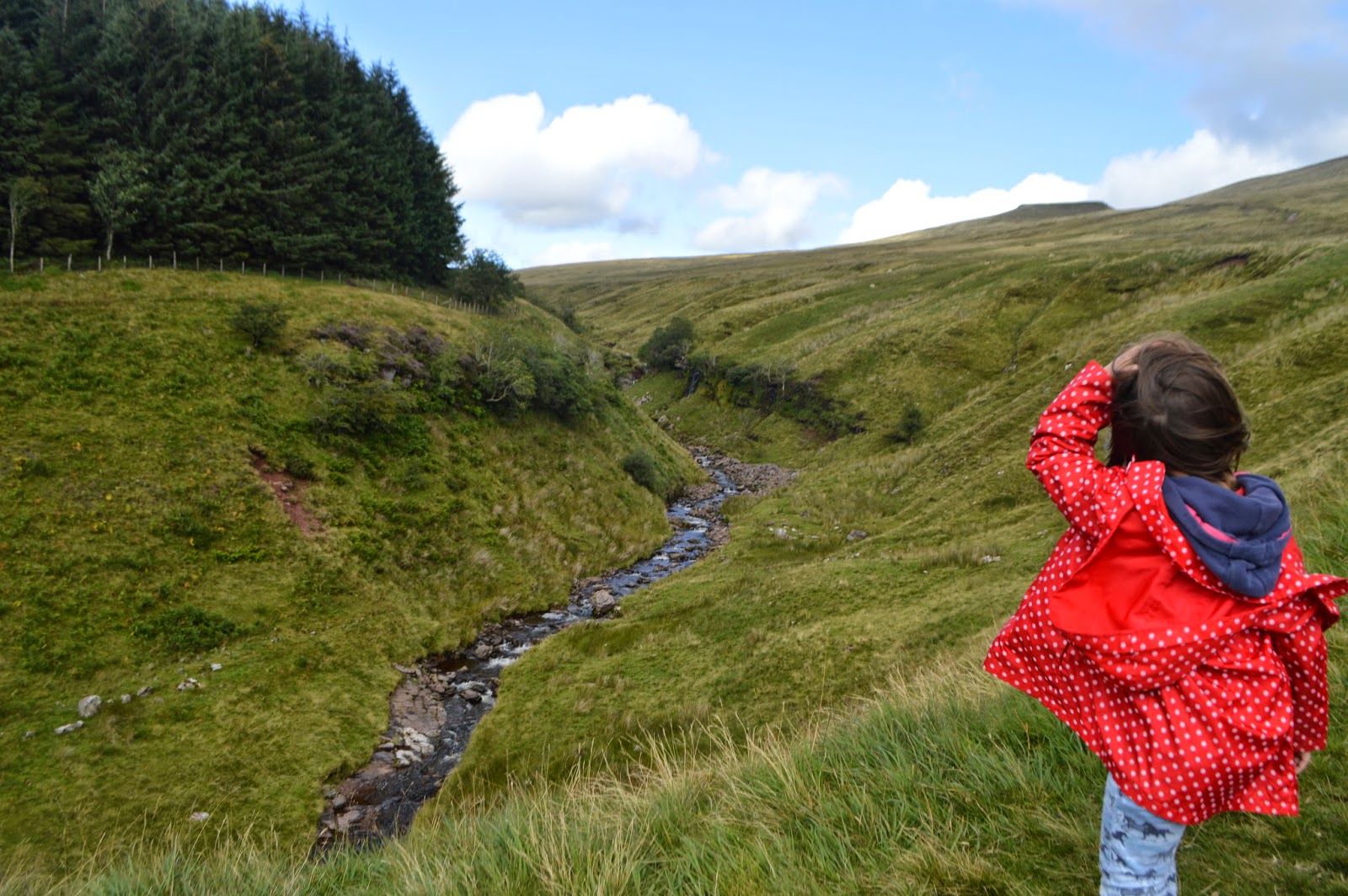 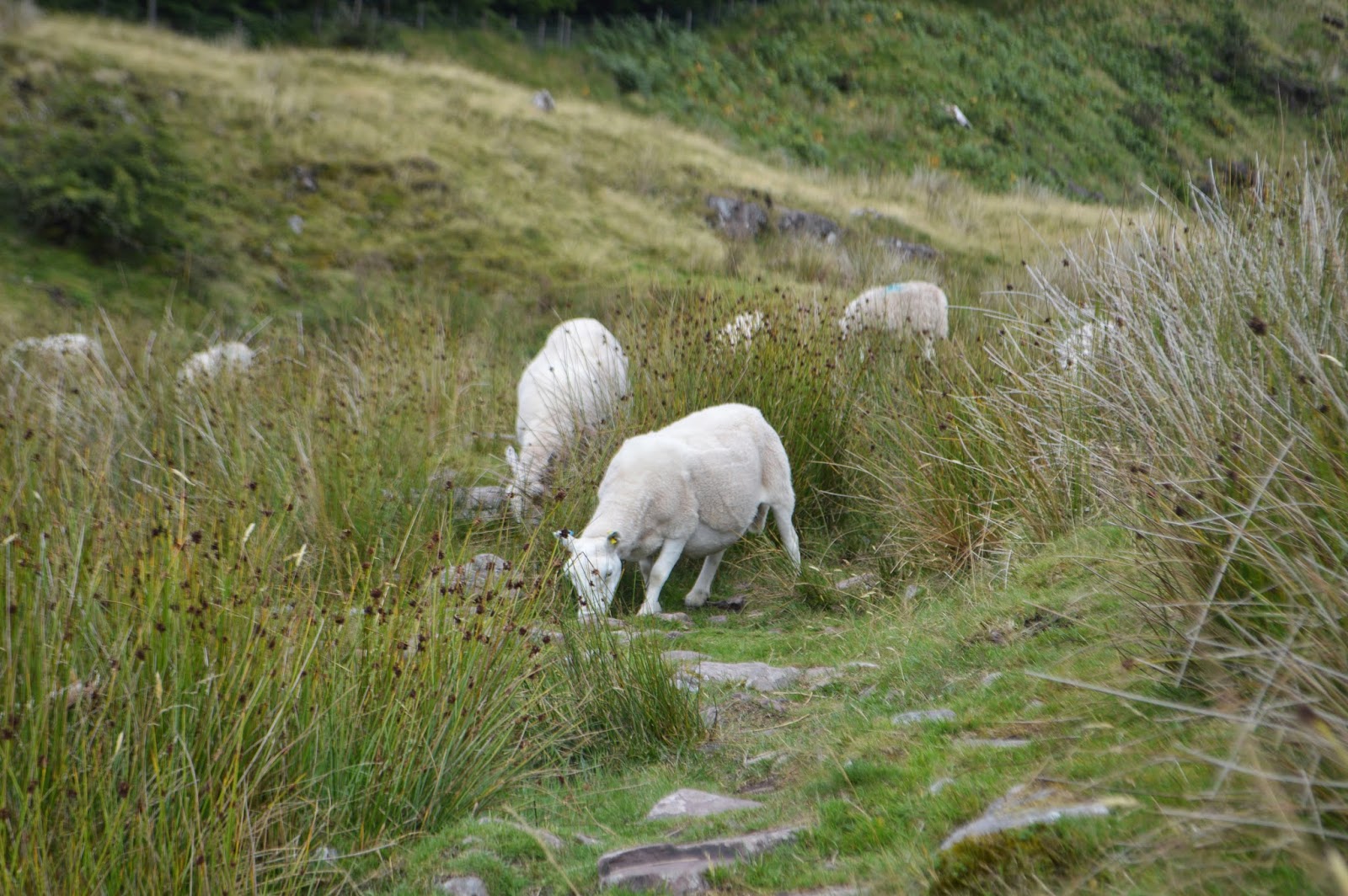 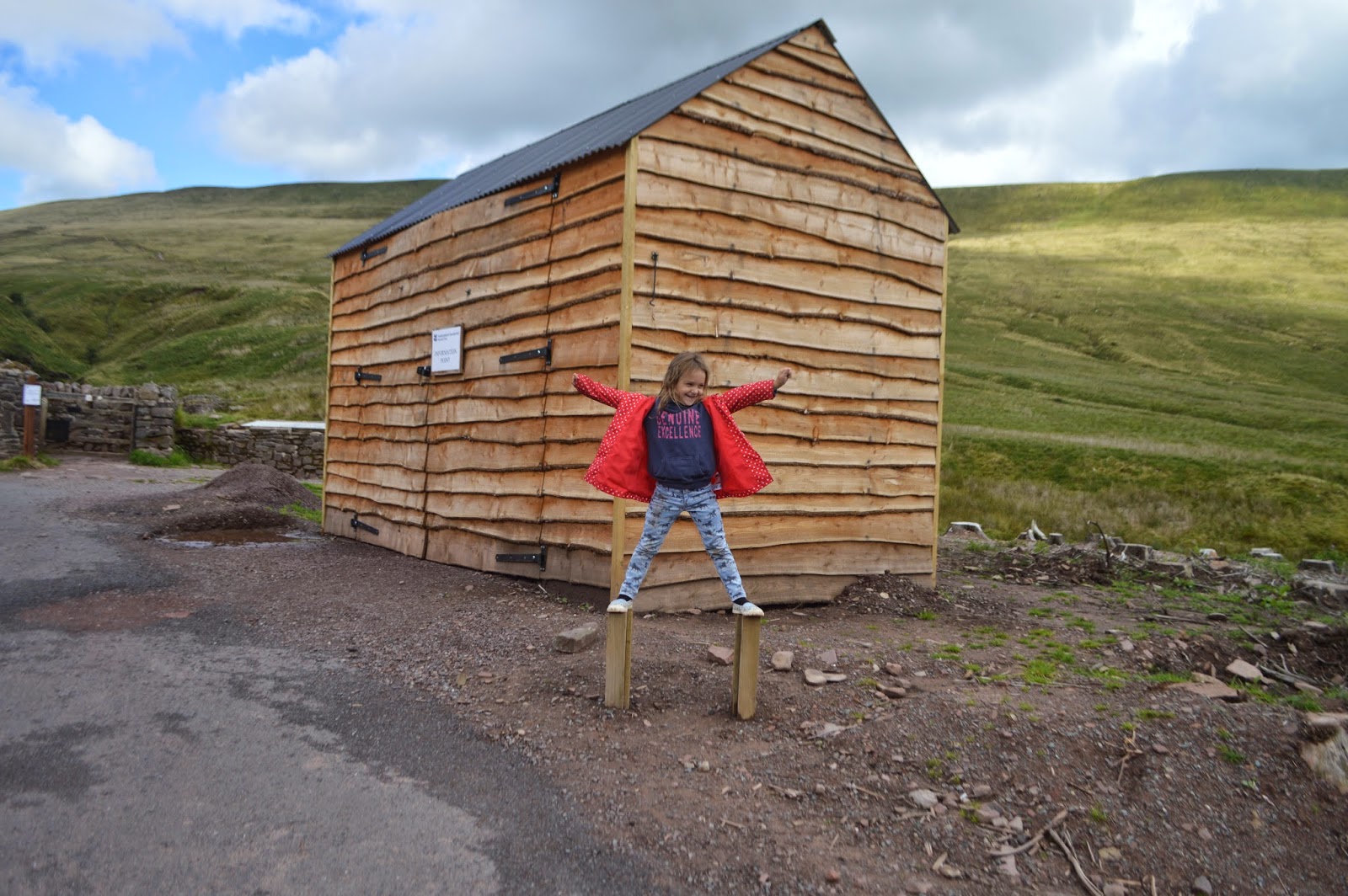 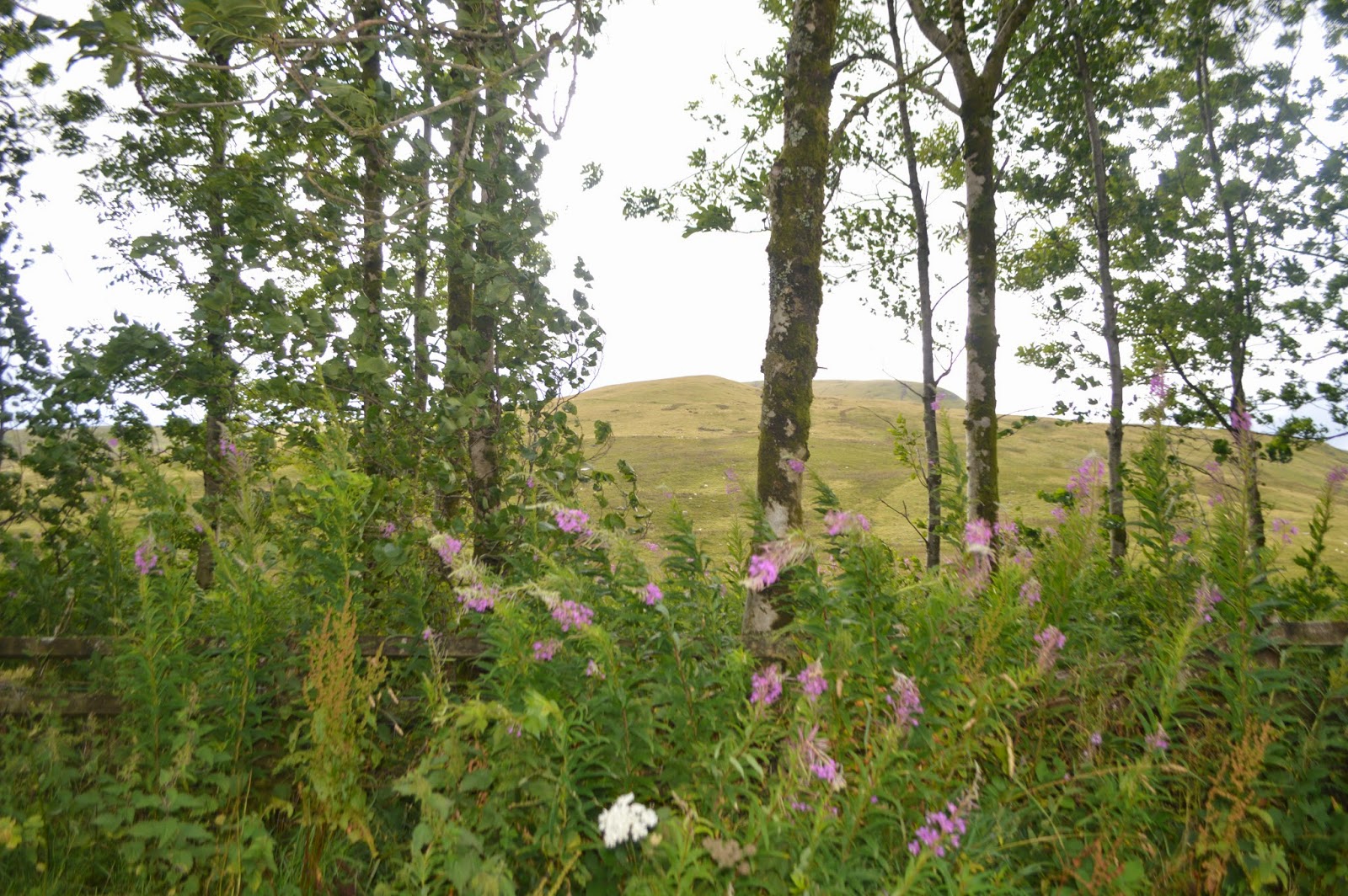 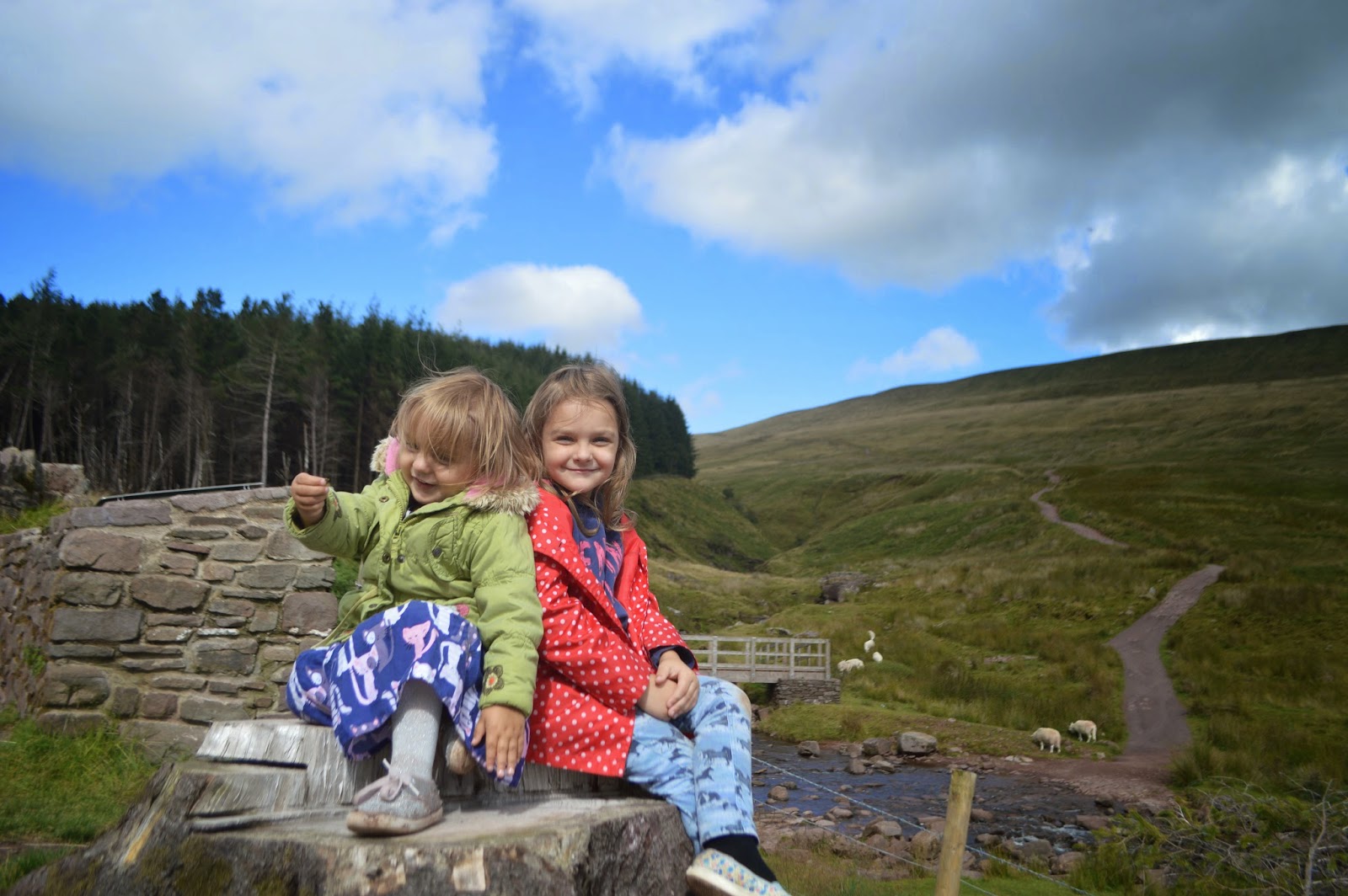 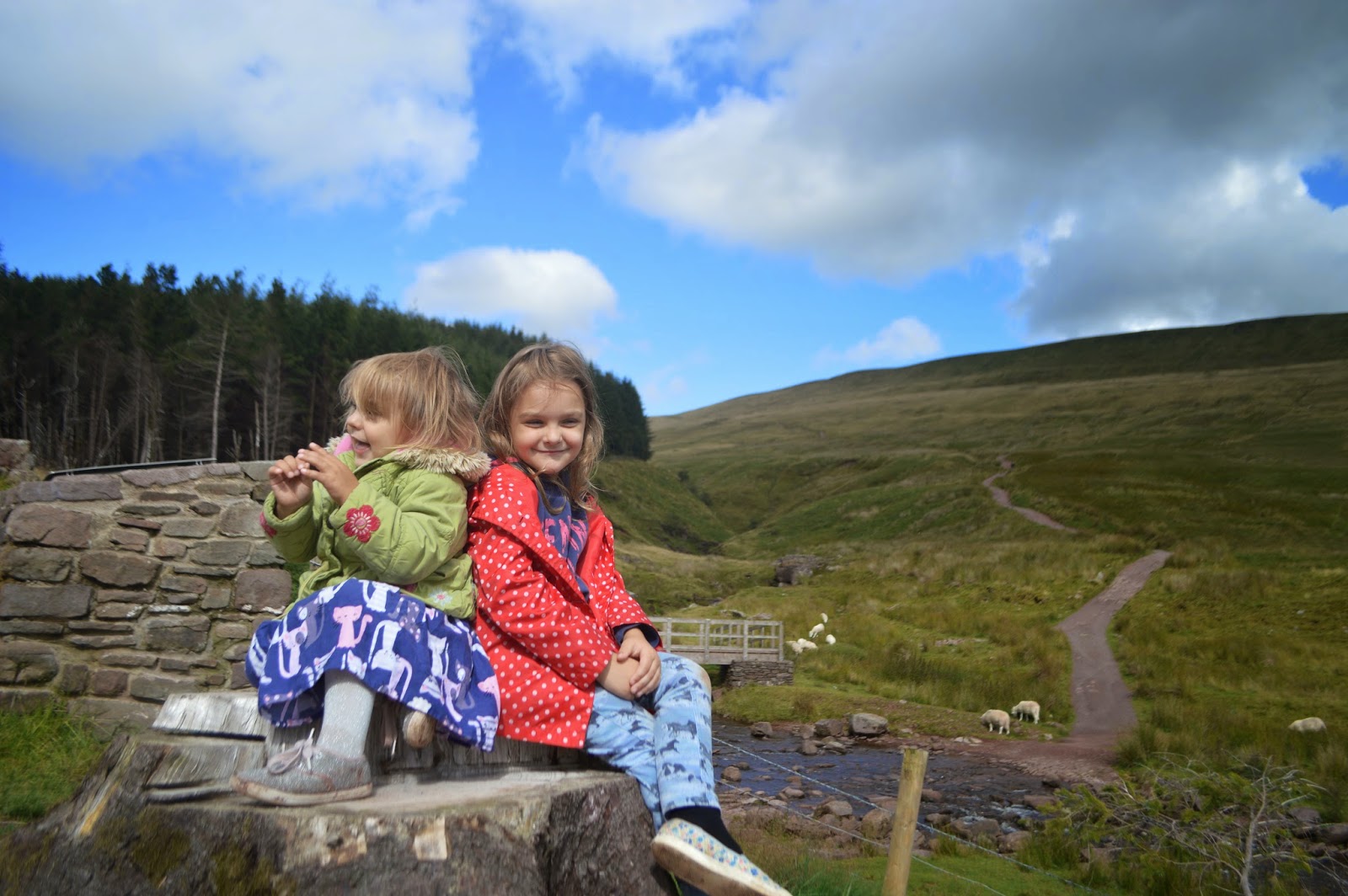 Then we were back to the car to continue our journey.  On Friday we found PGL easily and arrived way too early.  So today, following the same route and directions, it should have been a breeze.


We were running early again but then somewhere along the line took a wrong turning.  I’m a regular at doing this so know to turn around and find my way back again, but on this occasion we just couldn’t find the right way.


Time was now going on and we were now looking to only just arrive on time if we could just find the right route.  But we couldn’t!  There were spouts of heavy rain where I could just about concentrate on staying on the road but couldn’t read the road signs.  Then we came to places we recognised.  This reassured us and we started to refollow a route we had previously taken  thinking it surely must be the right way…no it turned out (and we didn’t realise until later that night) that we were refollowing the route to Newport that we had taken previously after we’d dropped Danny off at PGL.  Complete disaster.


Luckily, Ceri was dropping Rebecca off at PGL to us.  We asked her to pick up Danny and she told us to stay where we were (now Crickhowell) and they would come and fnd us.


This was a huge relief and I needed that time parked up to calm down.  I felt awful being late to pick Danny up and felt so nervous at not being able to find him.


About half an hour later Ceri dropped both the kids to me!


So we had a long, late, dark journey home.  We knew we would need to top off with diesel on the way home and I planned to do so on the road from Carmarthen.


As we were approaching this, and getting low on diesel, Dave started telling me that it wouldn’t be open so late on a Sunday.  More belly worries ensued until we reached the fully open garage, phew!


I was glad to put the kids to bed and get into bed myself on Sunday night!


A family of six, all safe, all sound,  once more…