I’m so grateful to have been given the opportunity to take part in the first Tots 100 and Digital Parents International Blog Swap Day.  It brought me back to my younger days waiting to be paired up with new pen pals!

It has been great fun to meet (online only so far!) a Blogger living in Australia and I’m looking forward to reading more Australian Blogs as a result of this swap.

And it’s over to Emily from Have A Laugh On Me”! 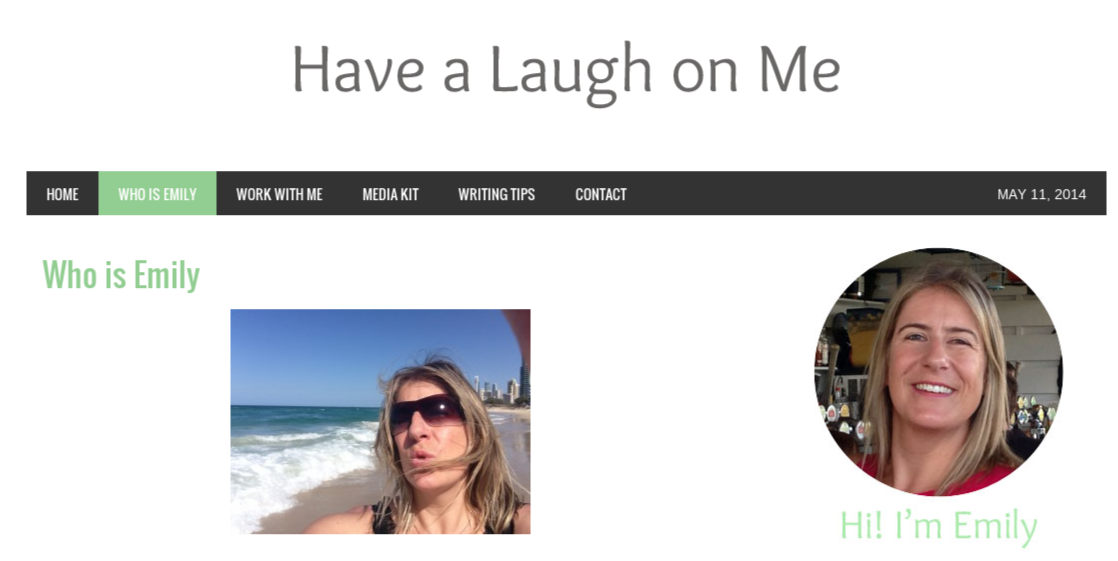 Have A Laugh On Me is a place where readers can laugh, cringe and cry at my often amusing take on life as a mum to three who, in my spare time, writes press releases, features, newspaper advertorials and websites/blogs.

I’m very excited to be partnered with Claire from Wales for this blog swap. I’ve done a bit of snooping at her posts and she’s a much nicer blogger than I, offering all sorts of usual information that will actually help other parents.

I on the other hand usually advise my readers to hide from kids who wake up too early and more recently told them to tip full bottles of milk down the sink so they had an excuse to escape the house to get some more!

Anyway, we thought it would be fun to share some of the respective slang terms from where we live. I’m actually a Kiwi living in Australia so some of these terms were new to me when I moved here 10 years ago.

Top five Aussie slang words you might not know!

1. Sanger – I thought this was slang for sausage when I first moved to Australia, and so it’s no wonder that I got a few funny looks when I said: “Yeah let’s just throw some sangers on the barbie mate”. Sanger is actually another word for the humble sandwich.

2. In like Flynn – if you were single you’d probably say this if you were at the pub and it appeared you might be getting lucky that night, eg “Geez mate, you’re in like Flynn with that one“.

3. Give it a burl – means you’re keen to give something a go, eg “You want to have a turn trying to catch this croc, yeah okay I’ll give it a burl”.

4. Goon – in NZ we use this word to describe someone who’s a bit of a dick, but in Australia it’s actually what they call wine sold inside a bag and cardboard box that has tap, eg boxed wine.

5. Daks – trousers in Australia but underpants in New Zealand and confusing the two has led to many an embarrassing situations. Let’s just say that there’s a lot of blokes in Sydney who think I’m a bit strange.

So next time someone asks you to try something new, why not say: “Sure I’ll give it a burl after I’ve had some goon, eaten a sanger because in these daks I’m sure to be in like Flynn!”

You can read more of Have A Laugh On Me at:

Thanks so much, Emily for guest posting and allowing me on your own blog!

I’m with you on the “Daks”.  I  call underpants “pants”, but in some places in the UK, they call trousers “pants”.  I thought my student flat mates were very odd asking me to help them choose what “pants” to wear!

I look forward to keeping up with your blog and hopefully one day drinking Goon with you!