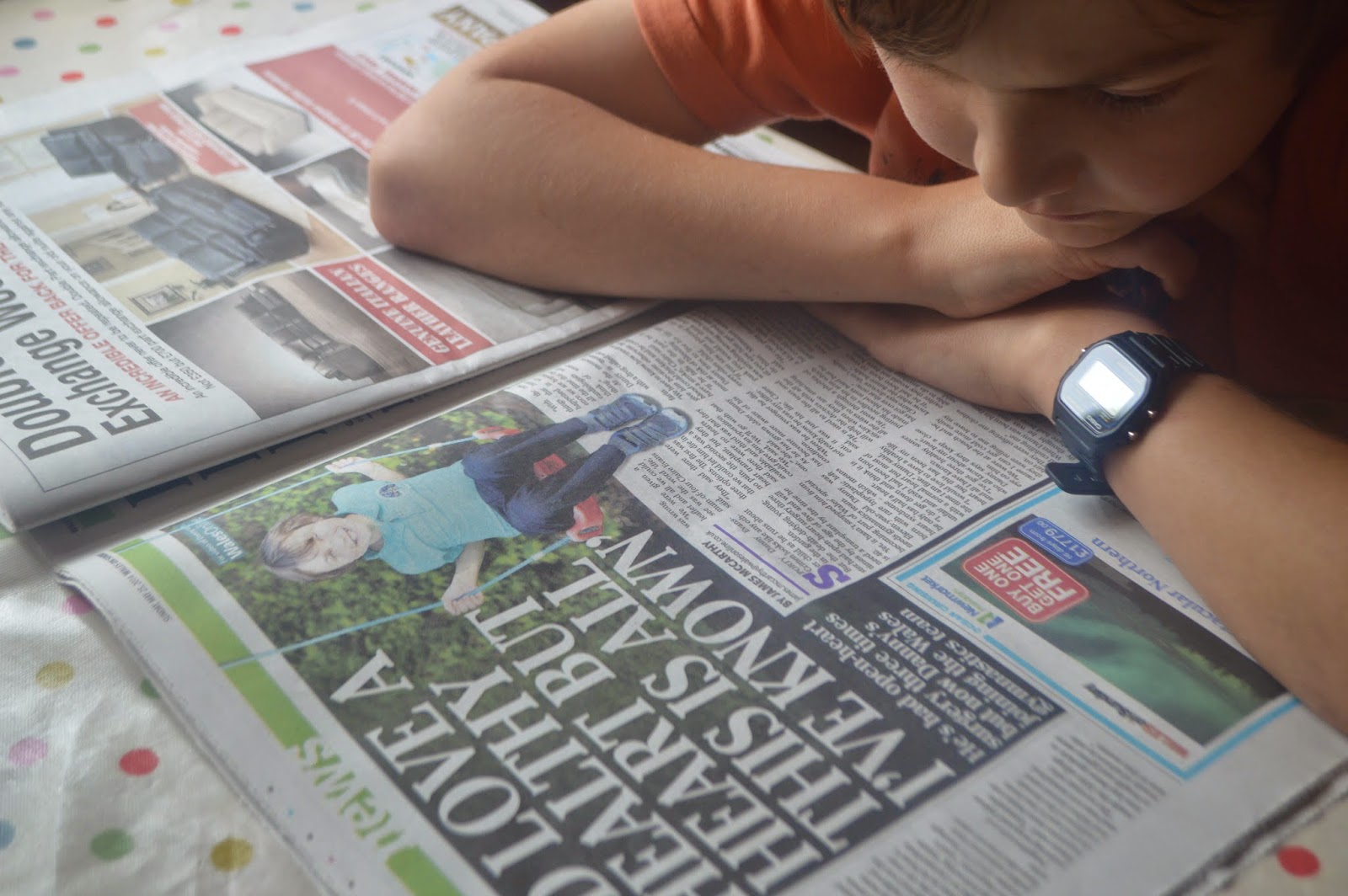 At their recent Open Day, Little Hearts Matters asked if we would mind taking part in publicity for their charity.  We agreed to help out in our local area, as the charity have supported us so much over the years since Danny was born and we realise the importance of awareness both in terms of fundraising but also to make sure that families going through a similar experience know where they can go and get support. 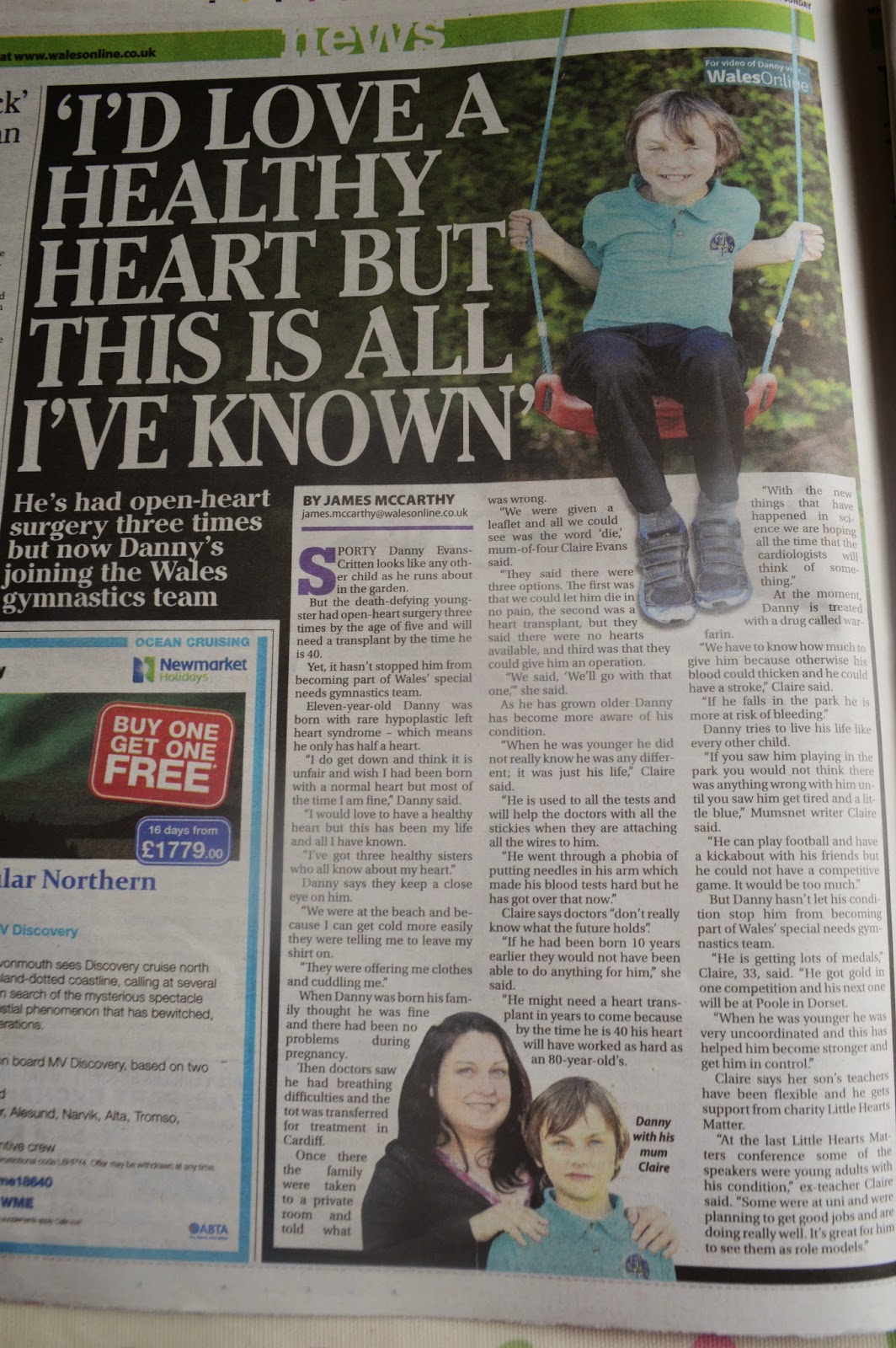 A couple of weeks ago, we received the e-mail that The Wales on Sunday would like to run a piece on Danny and Little Hearts Matters.  We agreed to go ahead with the usual concerns that unless you write the piece yourself, it never quite comes across quite how you would expect. 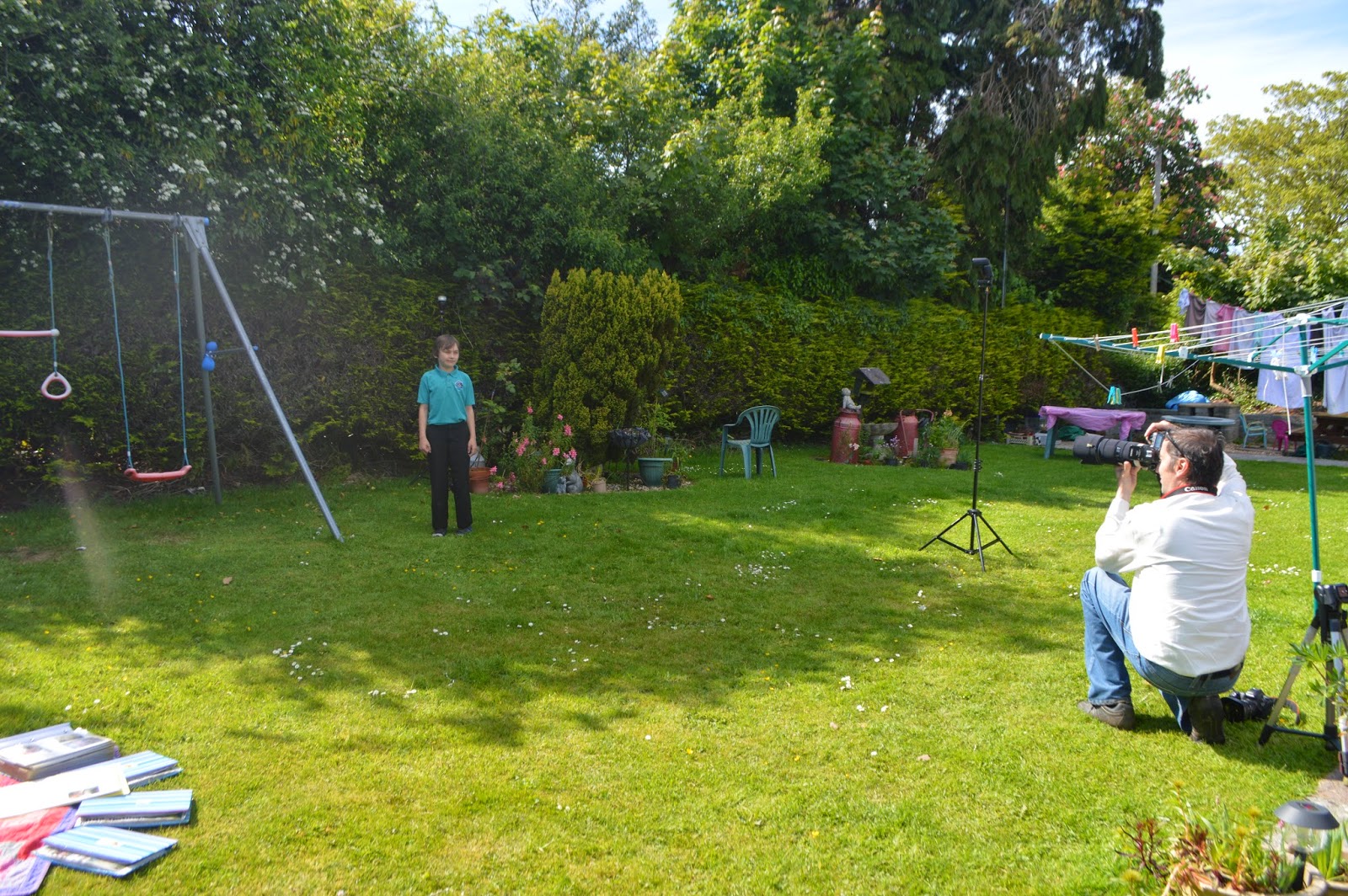 I’m pleased to say that both the reporter, James McCarthy and the photographer, Dimitris Legakis, were very friendly, professional and polite.  I love the photos and hope we get to see the rest of them somehow. 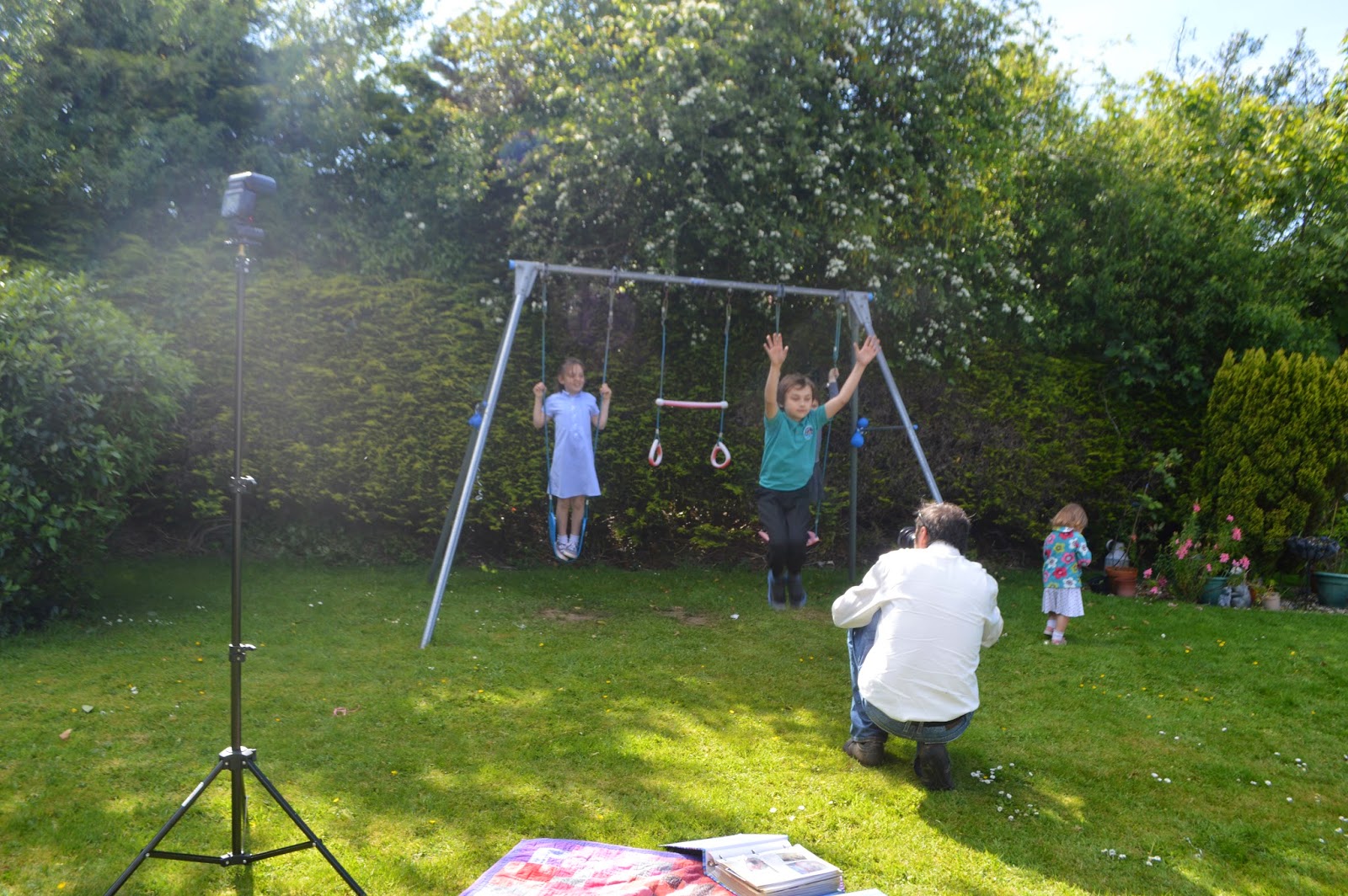 However, I would just like the opportunity to clear some facts up which have been skewed in the piece maybe because I was unclear in the interview, because the writer interpreted information in a different way or because perhaps it made a better story in the write up.

No, he’s not.  He is a member of “Welsh Disability Gymnastics” and trains with “Pembrokeshire Special Needs Gymnastics Club” (PSNGC).

The truth is, we do not know.  He may need a heart transplant in the future as his heart is working twice as hard.

To be honest, I don’t remember the exact words we used over eleven years ago when we told the consultants that we wished for Danny to proceed with surgery, but we took the decision very seriously which I don’t feel comes across using the words above.

“With the new things that have happened in Science we are hoping all the time that the cardiologists will think of something.”

Apologies to the wonderful cardiologists out there.  I do know there is far more to your jobs than you sitting there and “think(ing) of something.  I meant I hope that with more research and breakthroughs there may be more treatments available in the future.  I really appreciate all the work you do.

“We have to know how much (warfarin) to give him because otherwise his blood could thicken and he could have a stroke.”

Danny’s blood will not thicken.  However, he is on warfarin to thin the blood to prevent clots which could cause a stroke.  We do regular INR tests at home to ensure he is on the correct dose.

Please excuse me if I sound pedantic here but I’m Mumsnet Local Editor for the Pembrokeshire site.  I only write for Mumsnet as part of their Blogger Network so I can’t afford myself the title of Mumsnet Writer (unfortunately!).  It also describes me as an “ex-teacher”, which personally isn’t how I would describe myself.  I am still a teacher, just one choosing to work at home as a writer  at the moment.  This career fits in more easily with being a mum of four.

In the video, I also explained how Danny had to be tube fed because he was too tired to take a bottle.  What I didn’t have the time to explain was for his first six weeks I combined expressing milk with tube feeding and breast feeding.  Unfortunately, he didn’t gain enough weight until he was prescribed a high energy formula.  So we eventually went on to just tube and then bottle feed him this.  Other Heart Mums have successfully managed to Breast Feed their heart babies (I salute them!) and I’m glad that I  went on to breast feed my three healthy daughters. 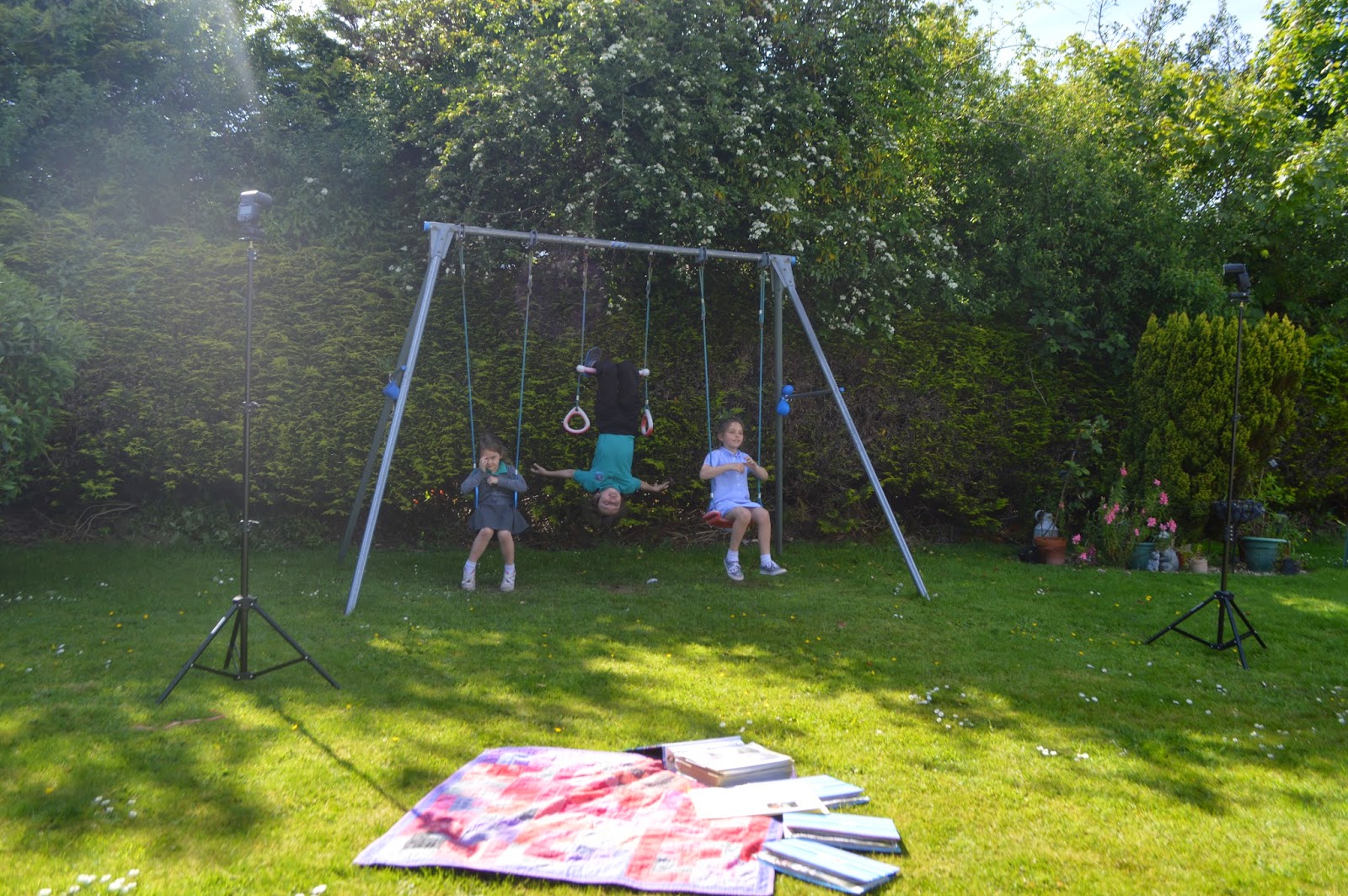 I did conduct the phone interview with flu and a croaky voice, and then the photos in the garden were taken after a mad rush on the school run so I probably did not take enough time to reflect on what I was saying.

Thank you to James and Dimitri for being patient with me and for the Wales on Sunday for publishing this piece about Danny and Little Hearts Matters. 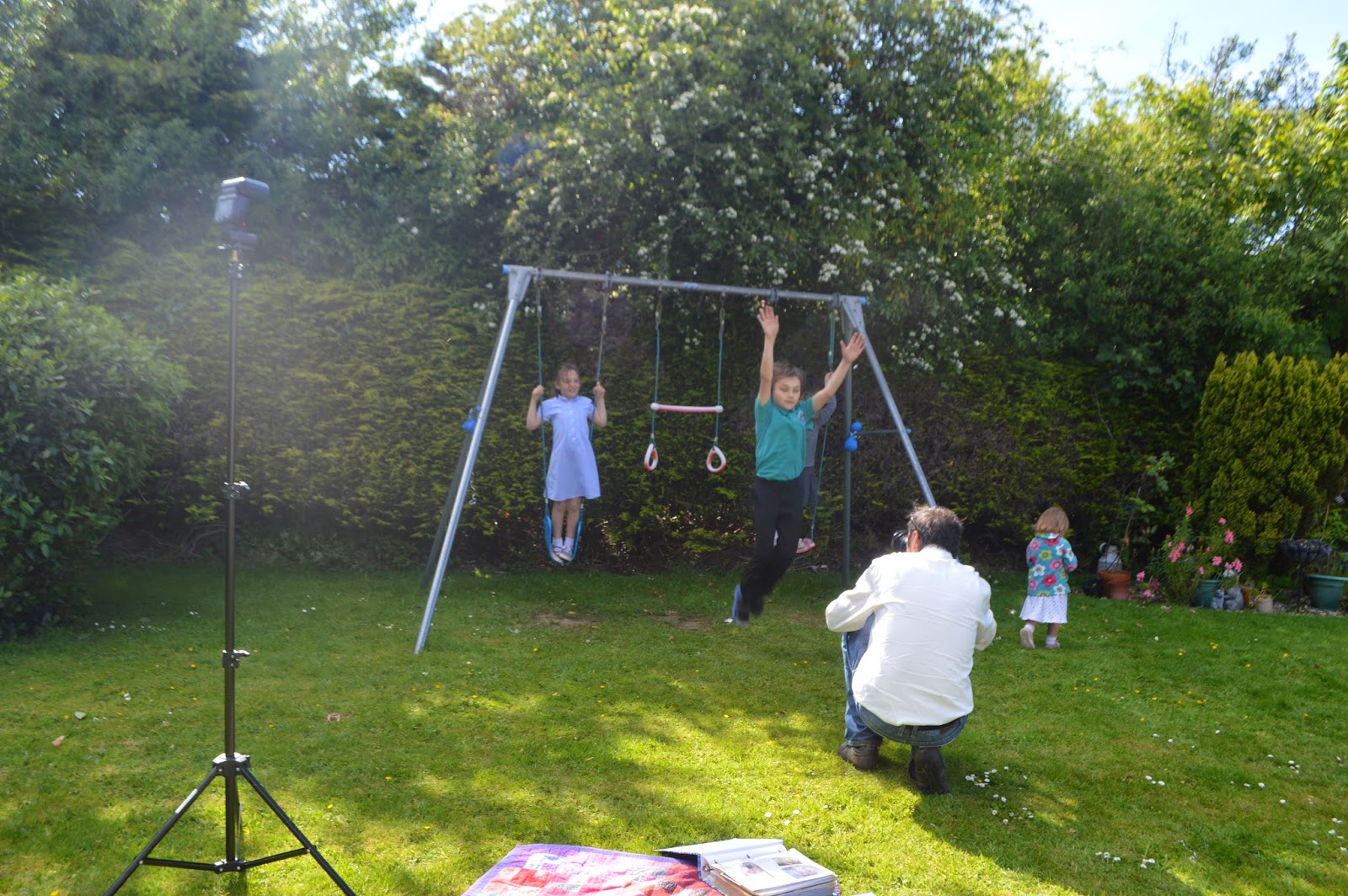 Thank you most of all to Danny, you are our star and as always, we are so proud of you (even if you’re not joining the Welsh team!)!