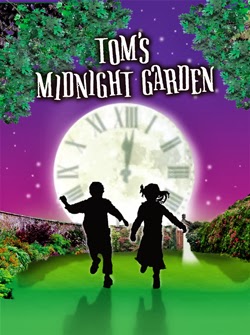 I loved reading Philippa Pearce’s children’s classic, “Tom’s Midnight Garden“, when I was younger.  I also loved A Little Princess and The Secret Garden both written by Frances Hodgson Burnett.

It is hard to believe that these books were published in 1958, 1905 and 1910 respectively (and the dusty, initialled, leather hardback copies that I read from were not much younger!) but still remain timeless and  are as relevant to children with imagination (in other words all children!) today.

This is quite apt as one of the main themes in “Tom’s Midnight Garden” is time.

“The only reason for time is so that everything doesn’t happen at once.” 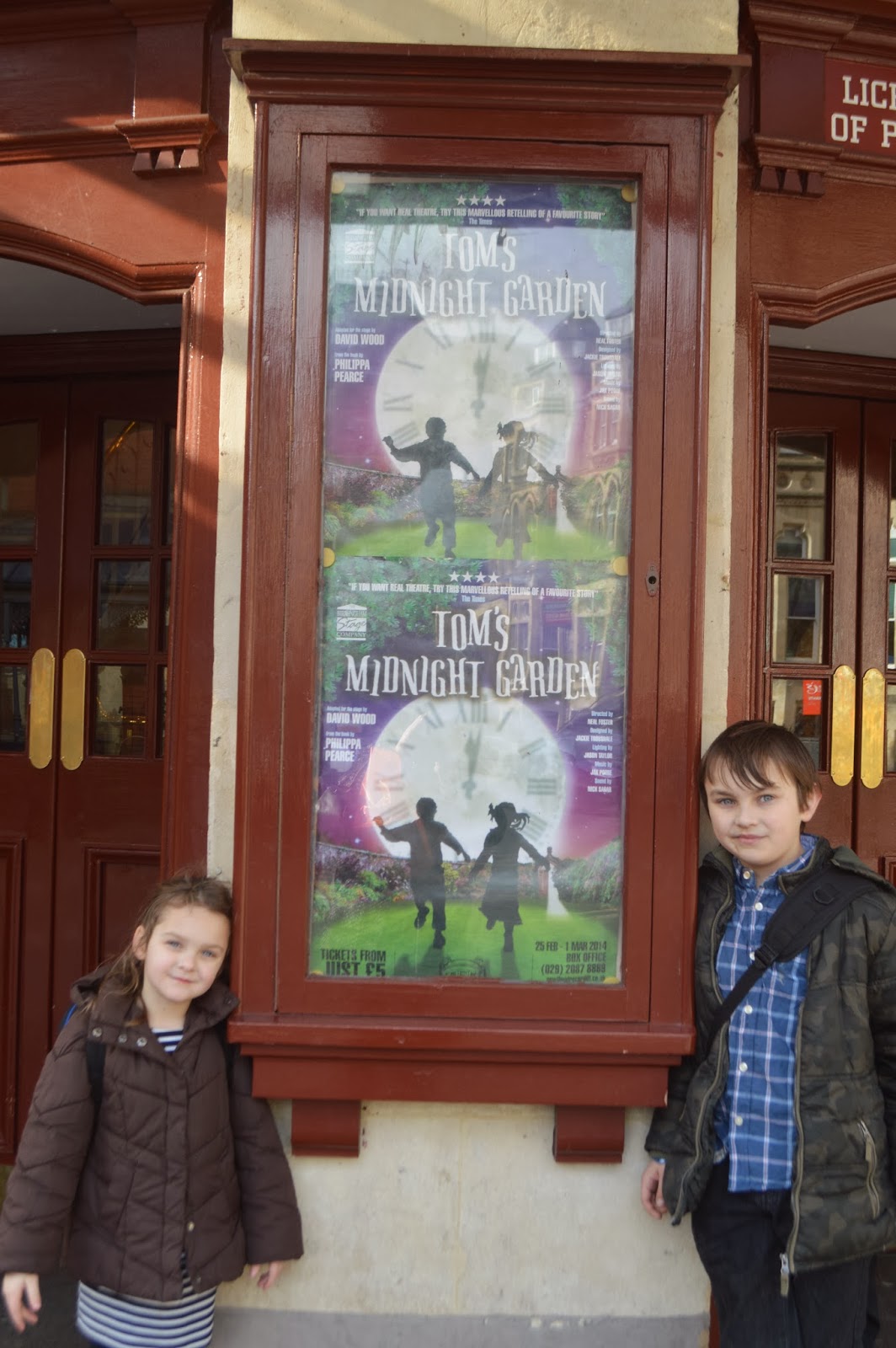 We were delighted to be invited to New Theatre, Cardiff to watch the Birmingham Stage Company’s version Of “Tom’s Midnight Garden”.  As much as I loved the book, so far film and TV versions of the story have never captured the atmosphere for me.  I have enjoyed them, but rated them more in the same league as other more modern, magical, imaginative Children’s TV Programmes, such as, Bernard’s Watch, Woof! and Grandpa in My Pocket, whereas I have always felt a screenplay had the potential to be as breathtaking as versions of Great Expectations. 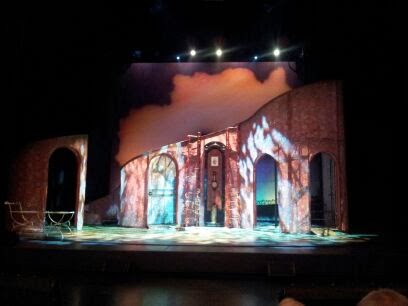 We walked to our seats and the atmosphere was set, an old ticking Grandfather Clock, a musty smell and an old fashioned set.  As the characters walked on in vintage clothes (so lovely!), seemingly playing enchanting music, I was hooked.

So on with the story, for those who don’t already know:

Tom has always been told it’s impossible to travel back in time, but when he is sent to live with his Aunt and Uncle in a flat within an old Country House, as a result of his brother inconveniently catching the dreaded measles, the grandfather clock in the hallway chimes thirteen times, Tom is transported to a secret garden from the past. Here he meets Hatty and together these two new friends enjoy fantastic adventures in a magical wonderland. But with each new journey through time, strange things begin to happen – and Tom must solve the mystery of the midnight garden! 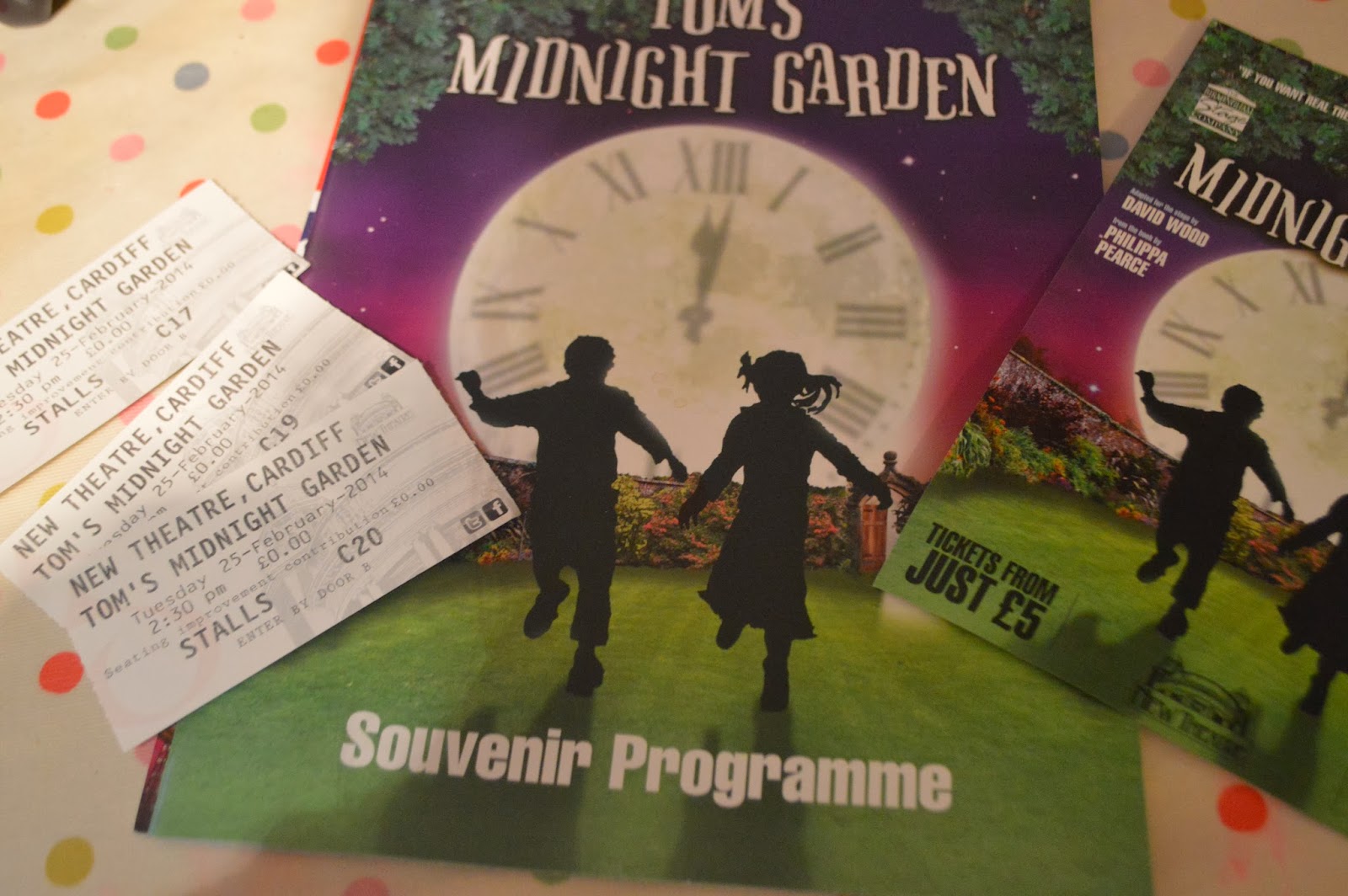 As well as the stage set, and the costumes, I also loved the old props- the old suitcases, books and skates.   David Tute, did a wonderful job of creating a young, inquisitive Tom, as did Caitlin Thorburn, as the dreamy, playful Hatty.

I won’t give secrets away, but it was wonderful for me to watch as the penny dropped for my children… in much the same way as when someone watches Sixth Sense for the first time.

They were so pleased that they had “worked it out”.  As for me, although I knew the story, in the penultimate scene, I admit I had goosebumps and was frozen in my seat, as the touching scene between Tom and Mrs Bartholomew (the landlady of the flats), superbly played by Helen Ryan, reduced me to tears.

The play was so thought provoking and as the curtains closed everyone was proclaiming how wonderful it was.  The lady in front loved it so much that she couldn’t resist turning around and telling me. Whereas the family behind us could not get over how their children had guessed the truth about Mrs Bartholomew’s past, whilst the adults had no idea.  It was lovely to be part of such after-play camaraderie and I admit that I love a play which offers questions in the ending as well as answers.

Seeing this wonderful play has inspired me to buy a copy of the book to read to my own children (and made me wonder why I haven’t read it to them already!).  I also hope that lots of schools take advantage of this tour and bring their pupils along.  There is so much follow up work that would be beneficial after watching this play and so much inspiration for creative writing.

You can watch “Tom’s Midnight Garden” at New Theatre, Cardiff until Saturday 1st March, with tickets from £5.

For more dates on the tour, please see the Birmingham Stage Company website.


Disclaimer:  We were given a family ticket to review Tom’s Midnight Garden.  All opinions are our own.

You can also nominate my blog in the Wales Blog Awards – Thank you!