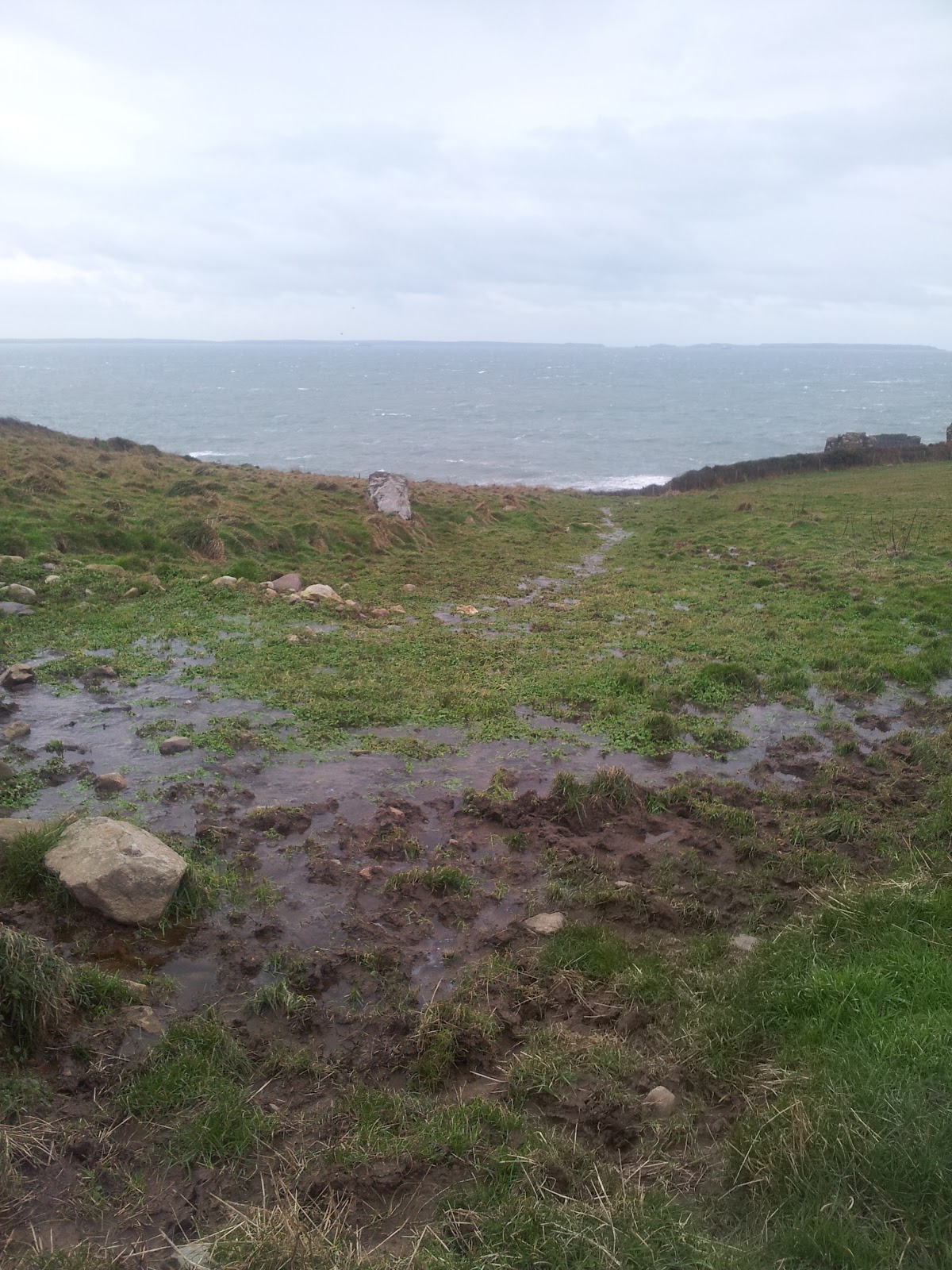 Between Christmas and New Year, we took a Sunday Drive to St Non’s.  St Non’s is named as such, because it is believed to be the very place where St Non gave birth to St Davids, the Patron Saint of Wales.  St Non’s Day falls on March 2nd, the day after St David’s Day. 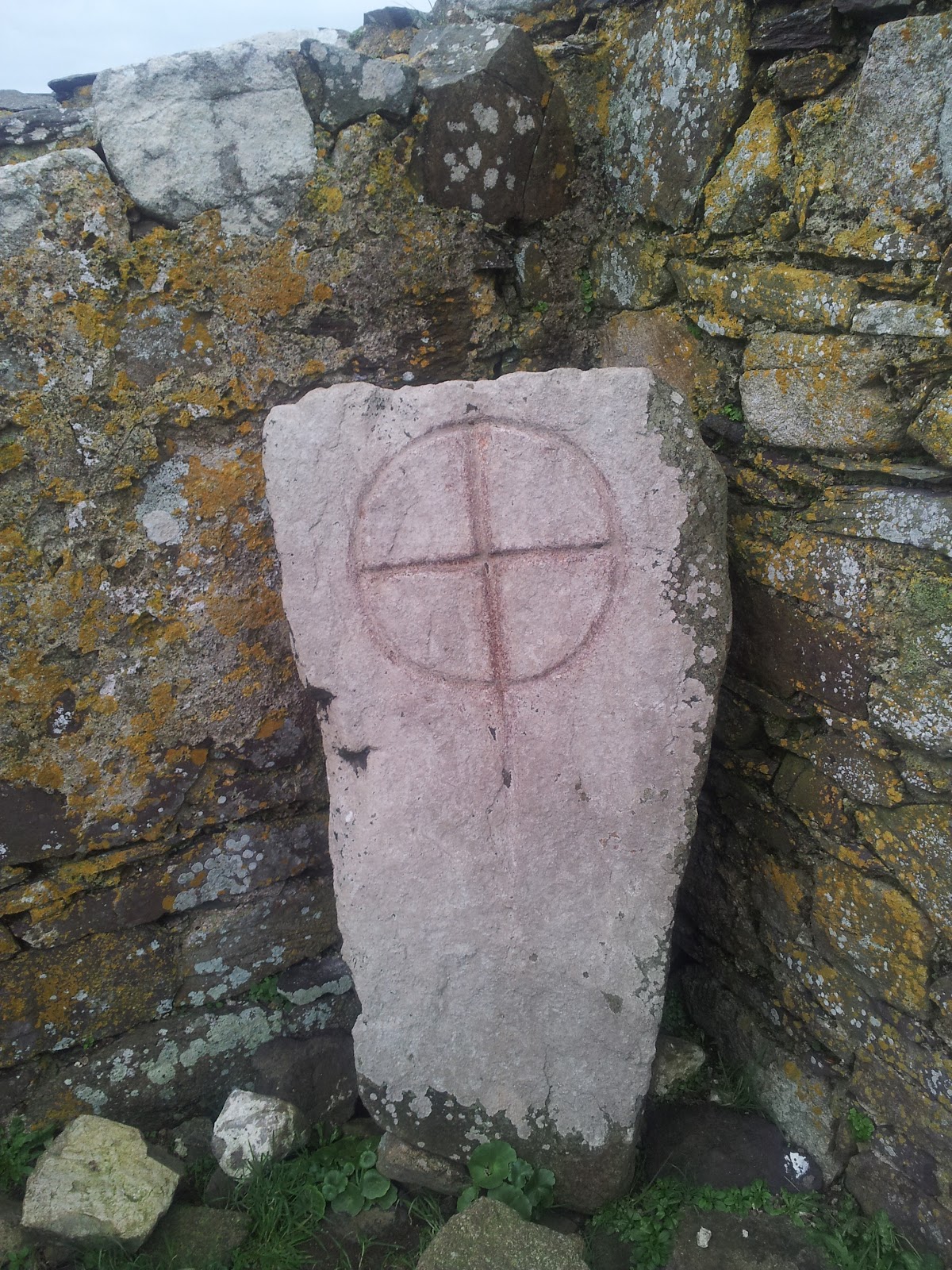 The earliest record of a Chapel being here is from 1335.  This Pillar Stone with cross, which now rests against the old chapel ruins, is said to be dateable to the 7th to 9th Century.  CADW now look after St Non’s. 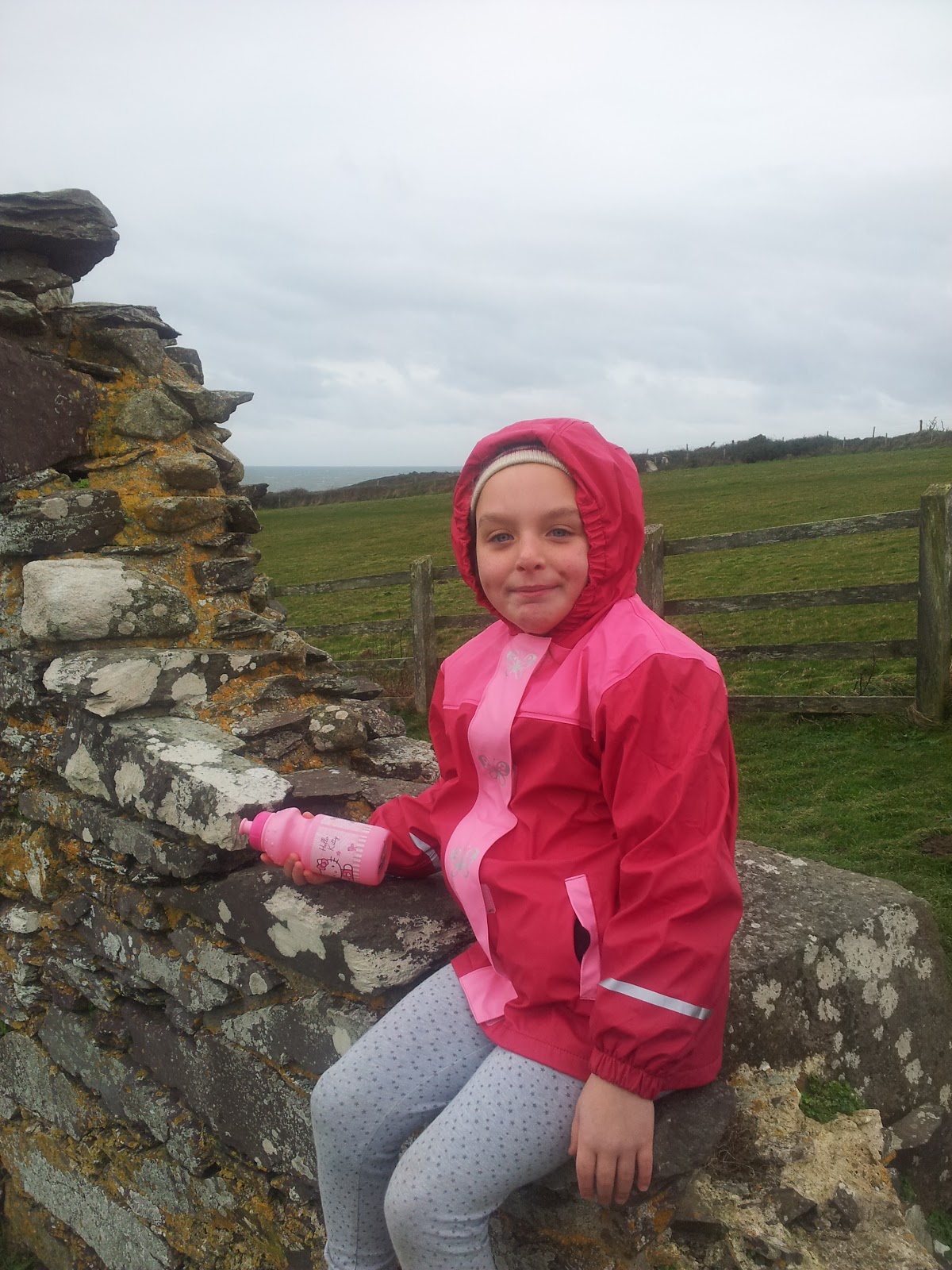 The Chapel is situated in a lovely spot overlooking St Non’s Bay.  We didn’t walk down to the bay as it was too windy to walk down with young children. 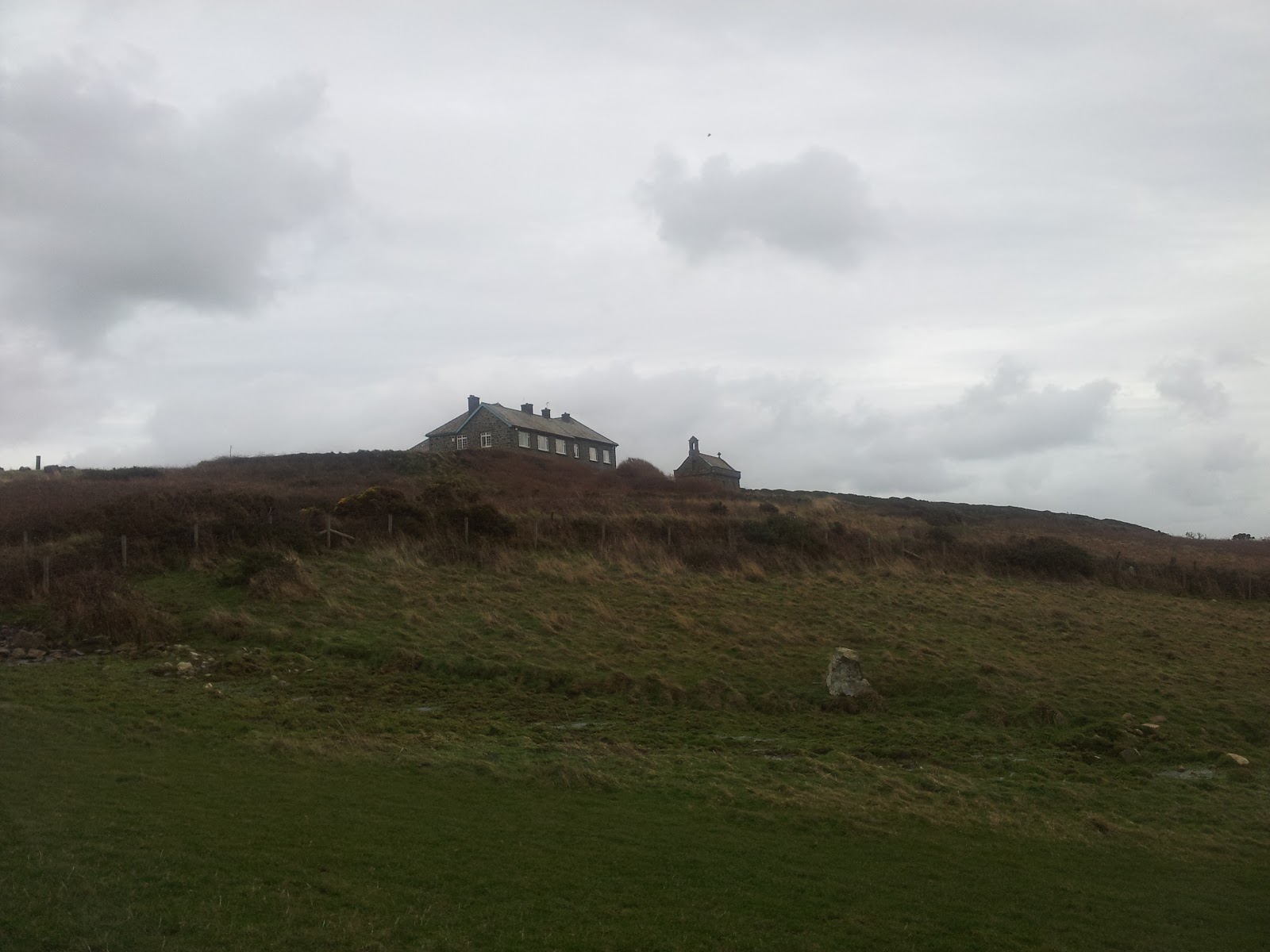 From the old Chapel, you can see the new Chapel and St Non’s Retreat. 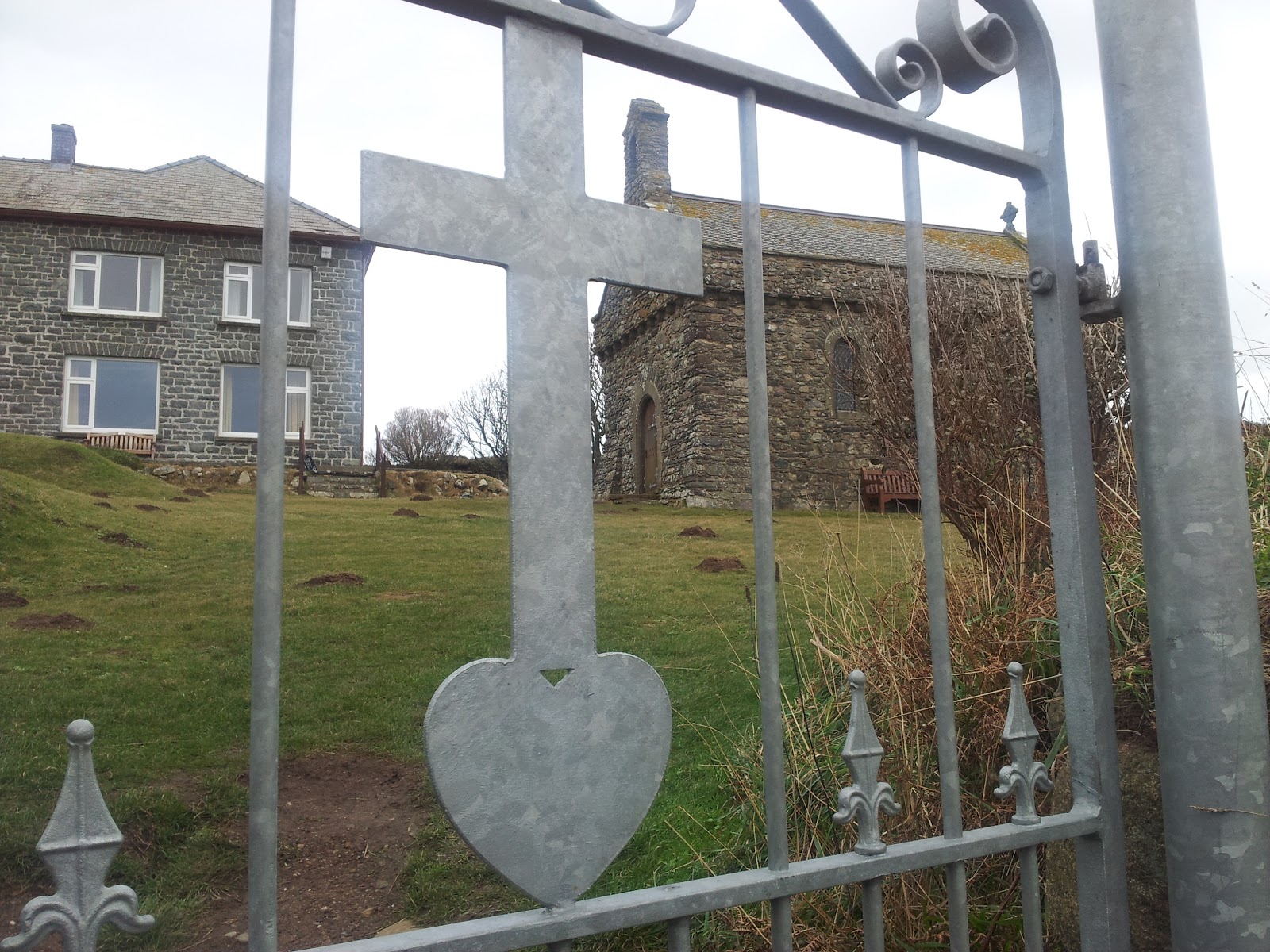 I like the design on this gate leading to the new St Non’s Chapel. 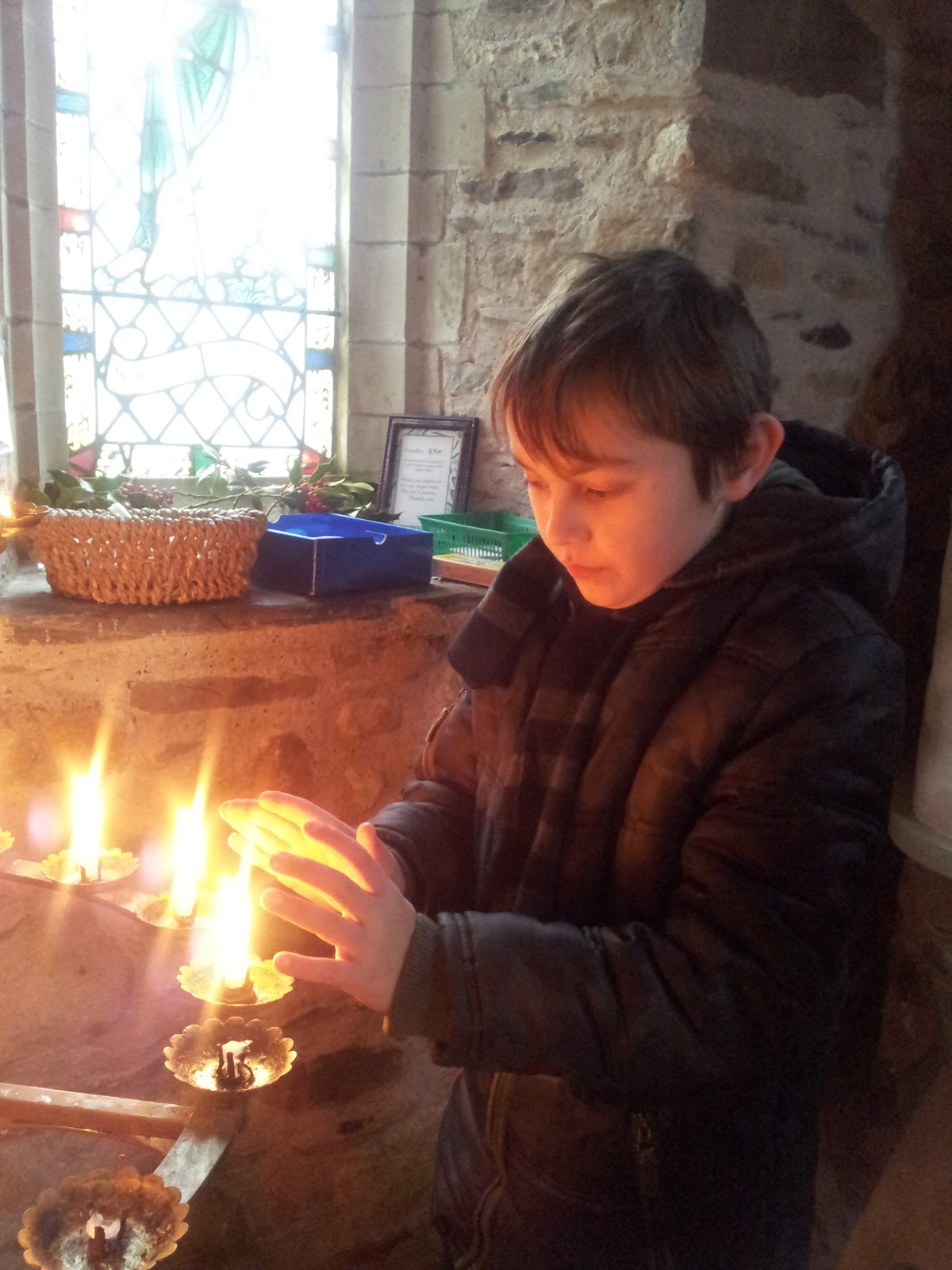 We warmed up inside the Chapel and lit a candle each. 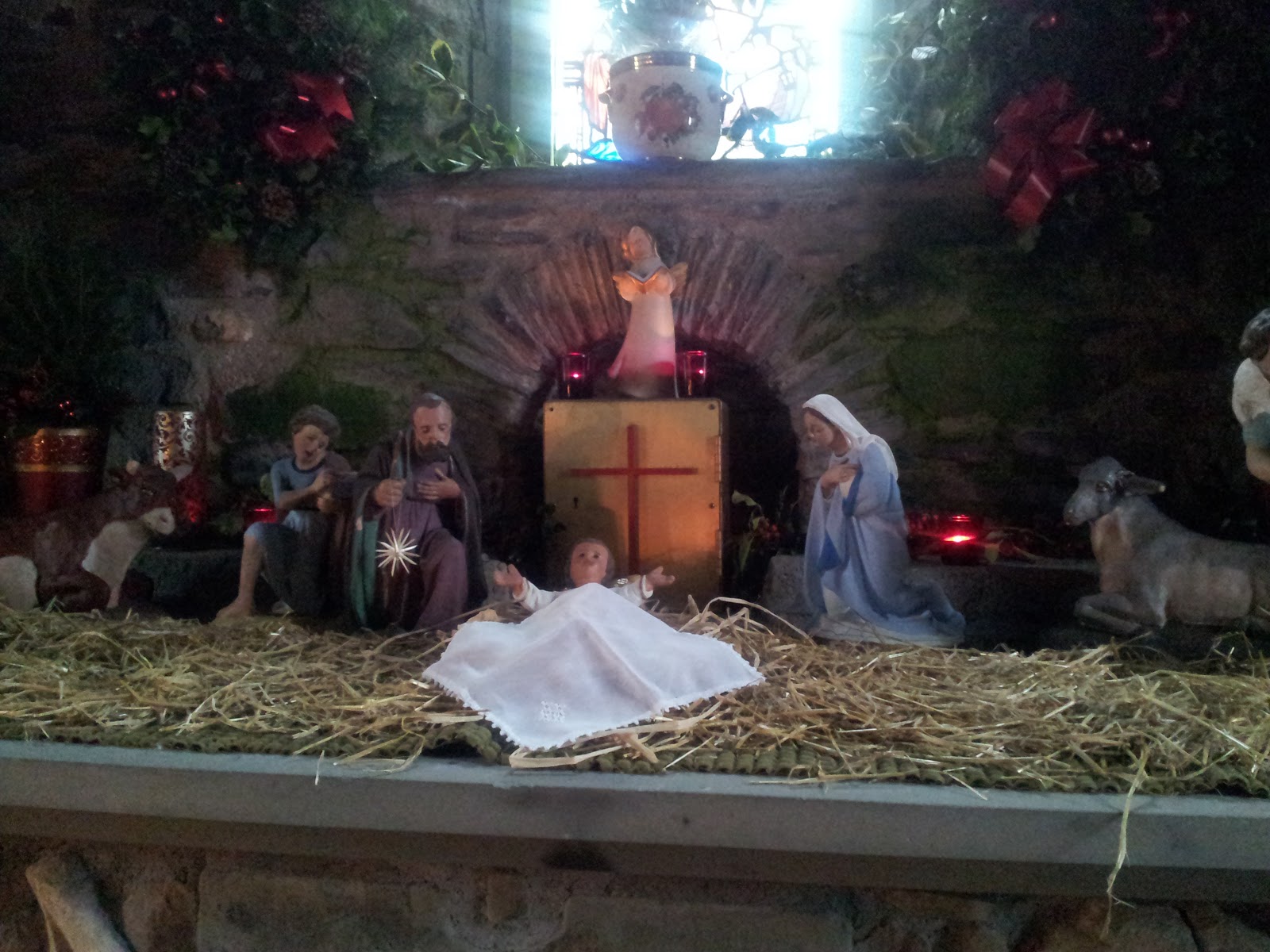 It was nice to see this Nativity Scene.  I don’t think we’ve ever visited St Non’s at this time of year before.  It makes it extra special. 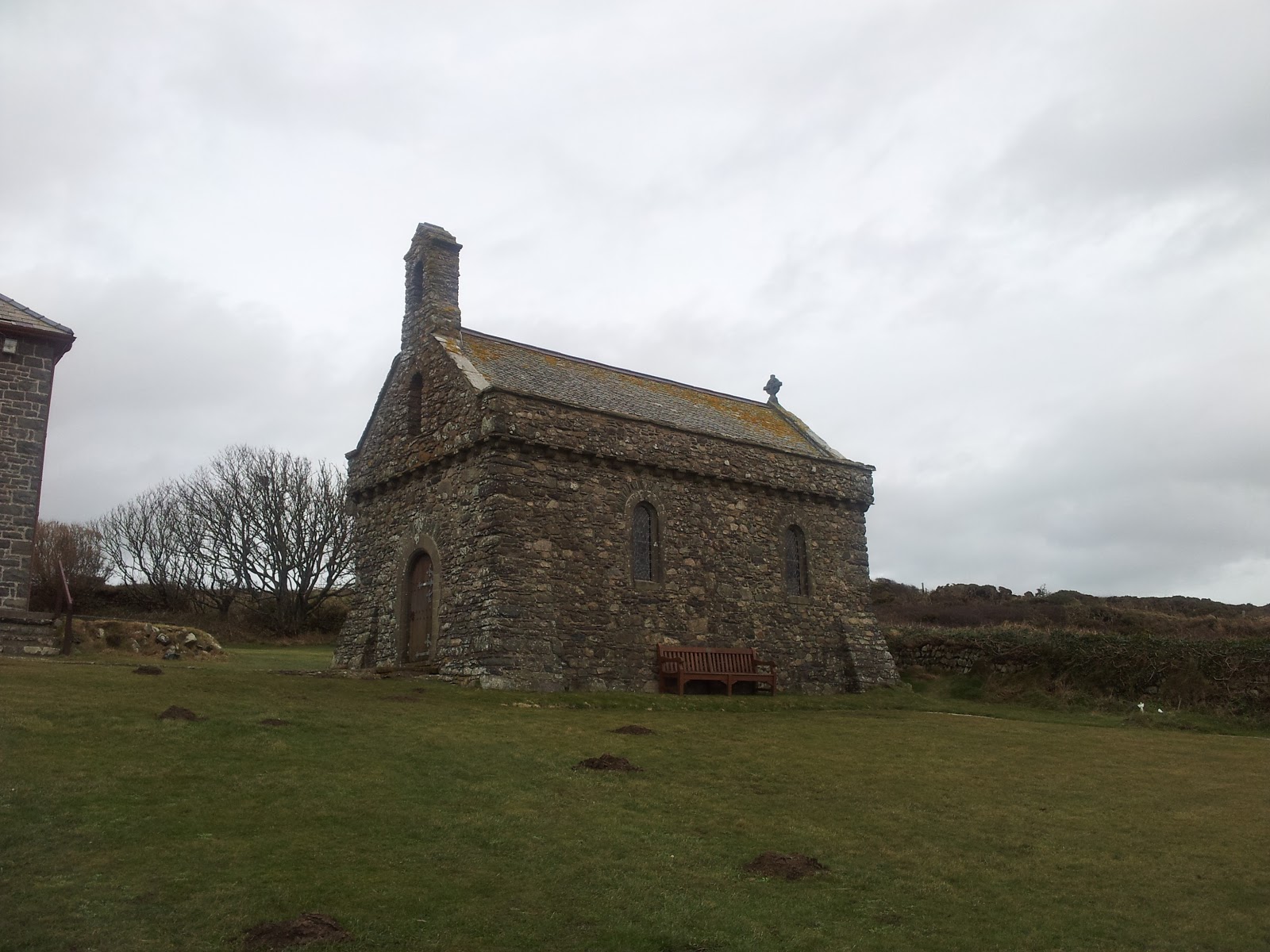 As I walked away from the new chapel to take a photo of it, Caitlyn was sat on the bench, which would have made a lovely photo.  By the time I turned around, she had ran behind the Chapel again out of sight.  You have to be quick to get photos of kids! 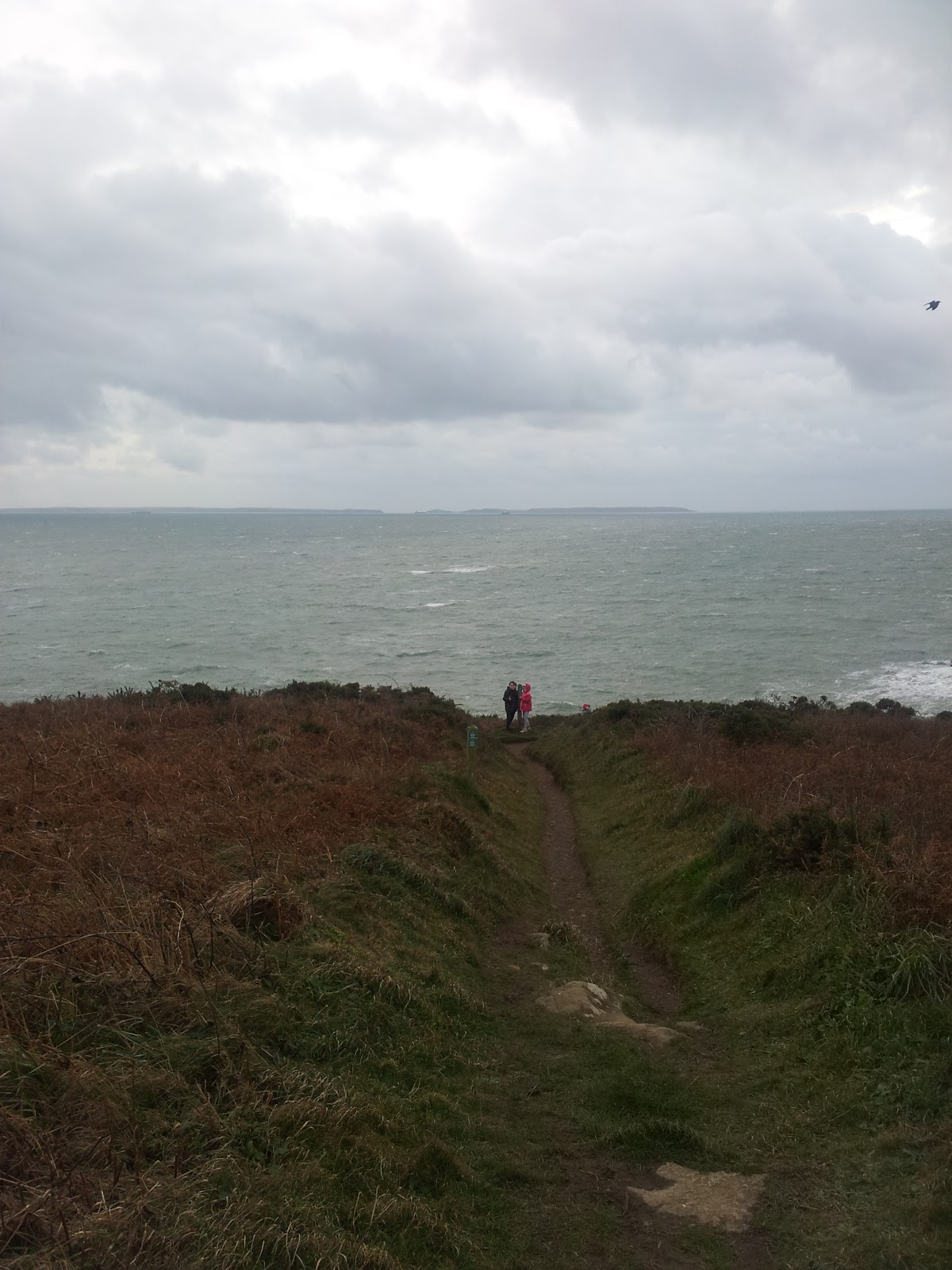 This was as close as we got to the sea on this cold, windy day!  We will re-visit when the weather has calmed down and take photos of the Coastal Path and pretty bay. Ribbons were tied onto the trees. 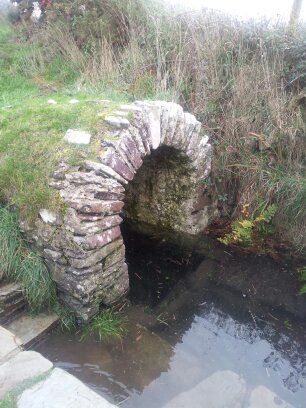 This is St Non’s Holy Well.  It is thought to be healing water.  Some people throw money in and make a wish. 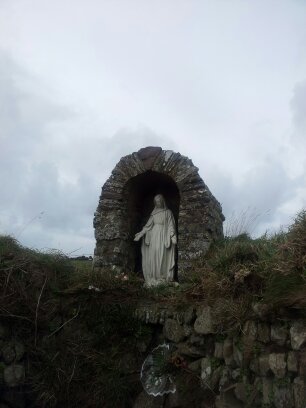 Christians still leave flowers and gifts on St Non’s Shrine, usually on March 2nd, but throughout the year if on a Pilgrimage or visit.

We stopped at New Gale Beach on the way home. We didn’t last there long as the wind was so strong and bitterly cold.  The tide was in as well, so we only walked along the pebbles and watched the Kite Surfers.

Days later and due to the storms and high tides, the road by Newgale has disappeared and with the road closed, this route is not possible.  I’m glad we went when we did and hope all the damage gets repaired as soon as possible.

We’ve found with being back to school we have to make the most of any time outside we get between school and clubs, whether that be the school run or a little stop and play somewhere.

We have #Citykids tomorrow as we’re watching the panto in Swansea, so I’m hoping for a lovely #CountryKids adventure on Sunday!