20th Century Fox sent me a preview copy of THE CROODS DVD to review. 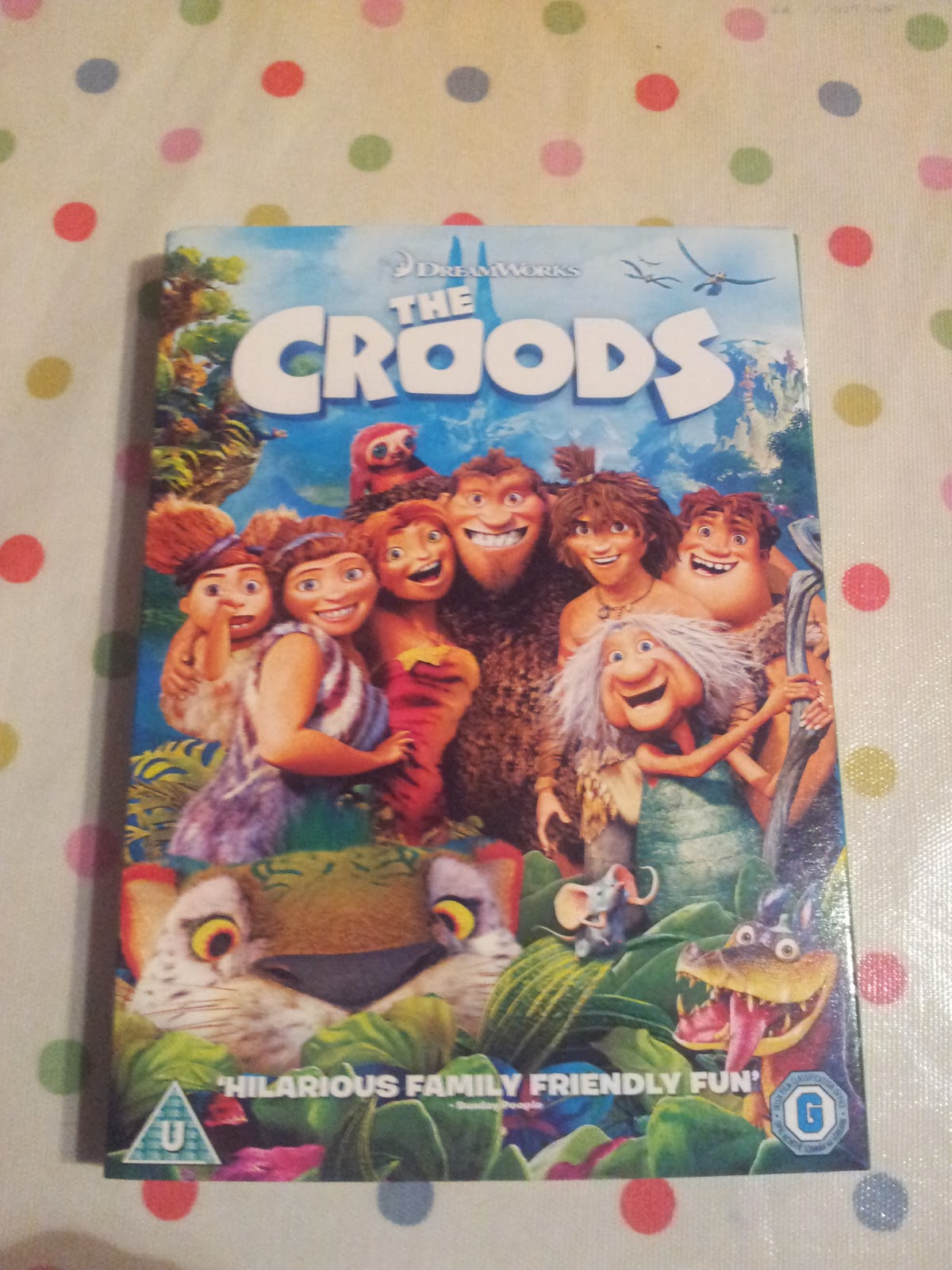 We somehow missed out on seeing DreamWorks Animation’s THE CROODS when it was released in the cinema.  This was a shame as it was a huge blockbuster hit and I read lots of good reviews.  I can imagine it would have been amazing in 3D on the big screen.

20th Century Fox Home Entertainment cheered us up, however, by sending us out a preview copy of THE CROODS DVD to review.

We popped some corn, grabbed our blankets and snuggled together on the sofa to watch THE CROODS.

THE CROODS is set in a fictional, prehistoric era, known as The Croodaceous.  The CROODS are the last Cave Family to survive, thanks to Grug, their Cave Dad’s over protectiveness.

Grug lives in the cave with his wife Ugga, his three children Eep, Thunk and Sandy, and his mother-in-law, Gran.

They spend most of their time locked in the dark cave avoiding predators, only coming out for food and drink.  Like most teenagers, Eep is starting to rebel, she does not see the point of fighting hard to stay alive if she has no life.  She wants to see the light…

Leaving the cave one night, she meets Guy, a clever and inventive caveboy.  After she has  initially attacked him, she is impressed by this “fire” he makes.

Eep returns to the cave, but their cave is destroyed in an earthquake.  Grug and his family are forced to leave the safety of the cave and set out to explore a spectacular landscape filled with fantastic creatures, strange surprises and a whole new world of adventure!

Our thoughts on THE CROODS

My favourite character in the film is Eep, she is fun, brave and adventurous.  Ugga comes a close second for being the peace keeping Cave Mum.

My kids loved Sandy, the cave baby, as she is crazy!

Caitlyn loves Chunky, who is a “Macawnivore” (think brightly coloured prehistoric big-cat!).  She thinks he is cute and would love him to be her pet.

The film is very boisterous and has lots of laugh put loud moments.  Danny loved the scene where Grug keeps getting punched by the Punch Monkeys.

“Dad, I’ve got it, you just need to stop running into their fists!” pipes Thunk “helpfully”.  Gran loves this moment too!

A lot of  humour came through from the family element of the film.  Strip away the prehistoric setting and you have a modern day family.  For example, Grug has lots of “mother-in-law” one liners, yes we’ve heard them all before, but it is set in Pre-historic times!

There are touching moments in the film and a few strong family messages come through – tell your kids/parents that you love them, LIVE your life fully and look forward to tomorrow.

If you’re looking for a family friendly DVD to pop into a Christmas Stocking, THE CROODS is a great choice.  Even better throw in a bag of popcorn, The CROODS printables and a CROODS cuddly toy too for an impressive Christmas gift set.