My memories of playing with Lego as a child are of rainy afternoons taking out our big box of Lego, sitting on the floor together- me, my older sister and my Mum and making Lego houses. 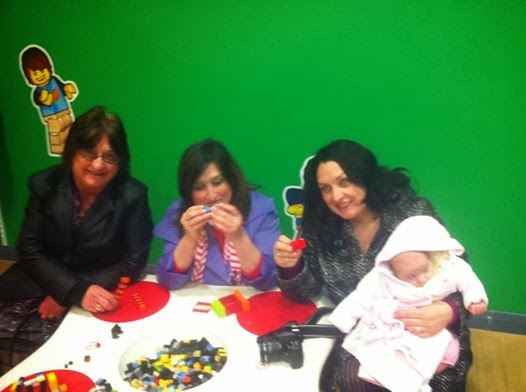 As you can see, we still love Lego today because Lego is for life- not just for Christmas!

That seems to be all I remember making – rectangular Lego houses with windows and doors.  Once our house was made we would then play lots of games with our traditional Lego people.

We only had the basic Lego set, but we loved it and got so much use for it.  It went on to be used my our younger sister and is still a favourite toy at Nanny’s house today.

When Danny was born, we couldn’t wait to buy him his own Lego.  He started off tapping the two blocks of “My First Lego” together, then eventually that developed into attaching the blocks together and building.  I was so proud of all my baby boy’s first Lego creations!

Lego is such a durable toy and our baby Lego has all been passed down in turn to each of Danny’s younger sisters.  Izzy loves to play with it now!

Danny missed his very first Sports Day as he was in hospital having his third heart operation, when the next School Sport’s Day came around he was understandably nervous and really didn’t want to take part.  Luckily for me, one of the races planned was a Lego race- each child had to pick up a piece of Lego and run back to place it in their bucket.  Once they had collected all their Lego, they had to make their Lego creation and run to the finish line.

While, Danny found the running bit difficult he was able to make up the Lego and therefore enjoyed the race, he didn’t come first, but he had made something and achieved! 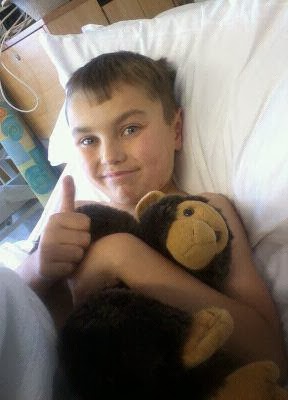 Lego also got us through the long days and weeks in hospital.  We always packed his Space Rocket Blanket, Cuddly Monkey, a book and Lego to keep him entertained.  We knew he was on the mend when he was well enough to firstly ask to play with Lego on his tray table whilst sitting on the hospital bed.

As he got even better, he would play with the Lego in the playroom.  I love the Lego tables and wall stations that they have in waiting rooms and hospitals.  These are a Godsend to parents with poorly children.  I love seeing my kids make new friends thanks to a mutual love of Lego.

Every hospital visit and painful procedure resulted in new Lego presents for Danny too, as every child deserves to be spoilt after going through things like that.

As Danny grew bigger, the Lego got smaller and I have to admit a lot of the things he makes are too fiddly for my chubby fingers!

Lego is a part of our life all year round. 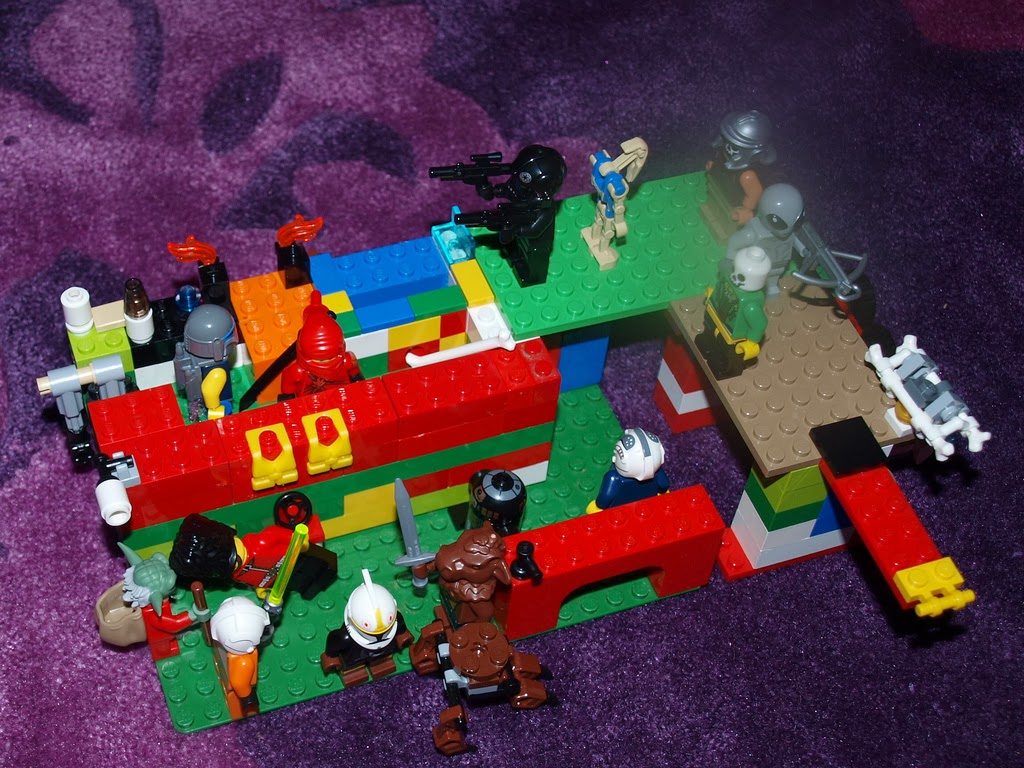 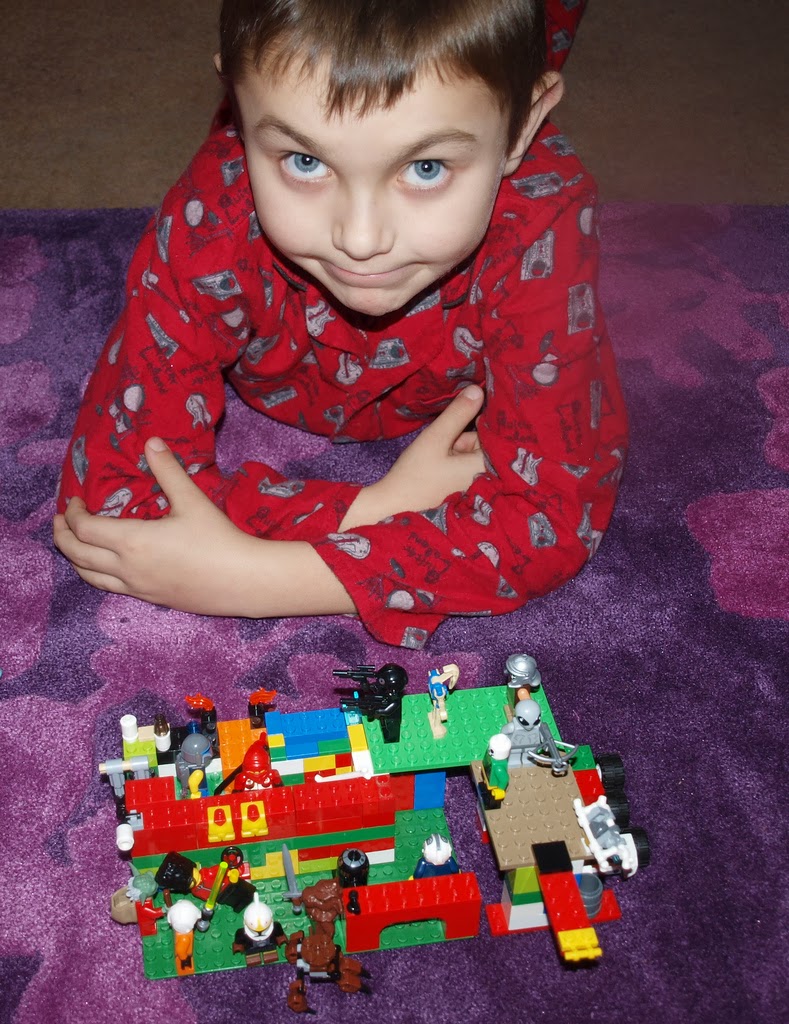 At the beginning of the year, the new Lego that the kids get for Christmas presents, keeps us entertained through the freezing cold Winter evenings. 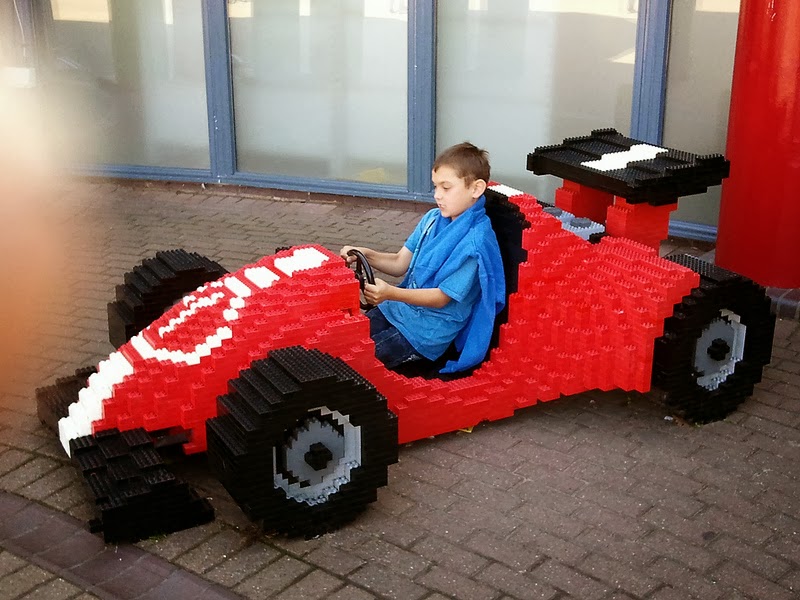 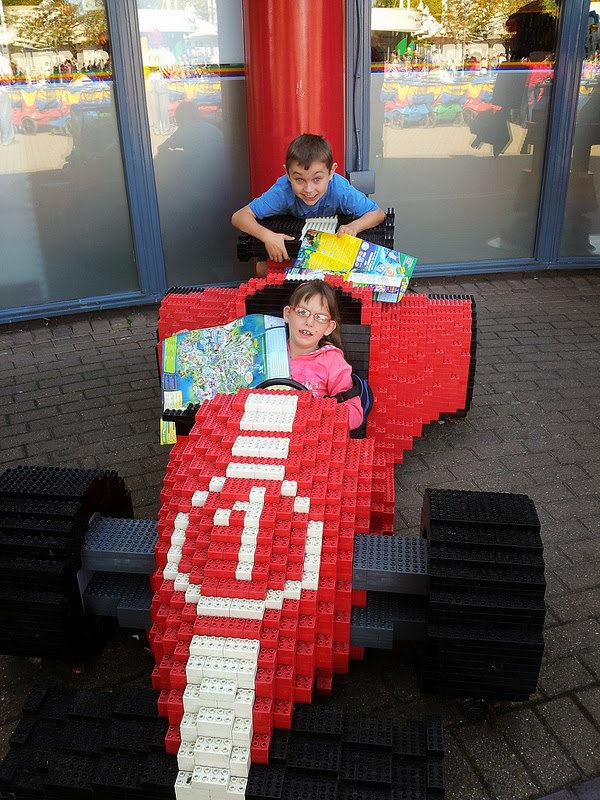 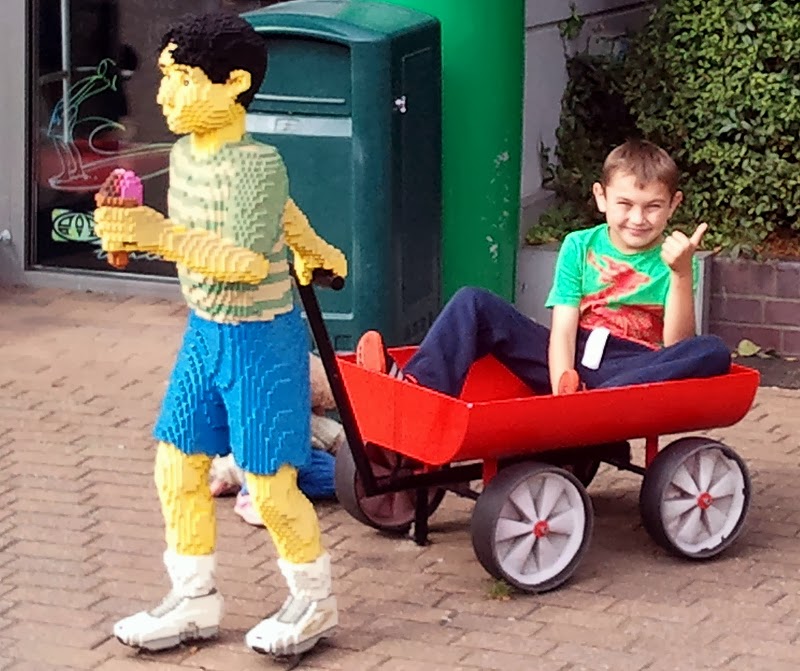 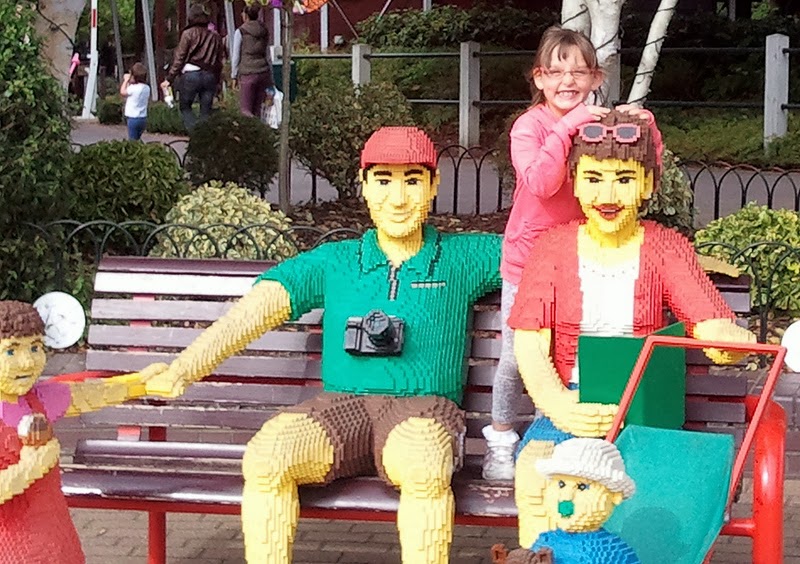 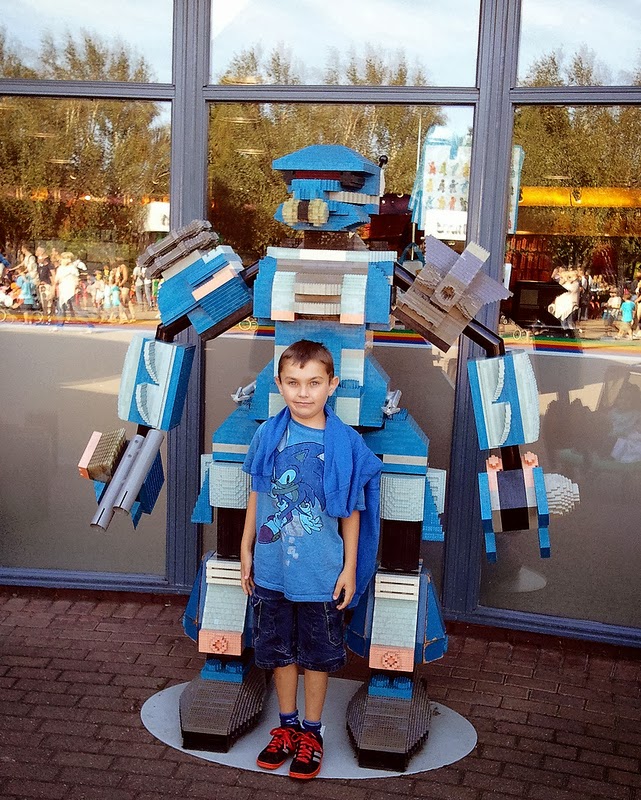 As the weather gets warmer, there are day trips to Legoland to enjoy.  It provides so much inspiration for future Lego creations. 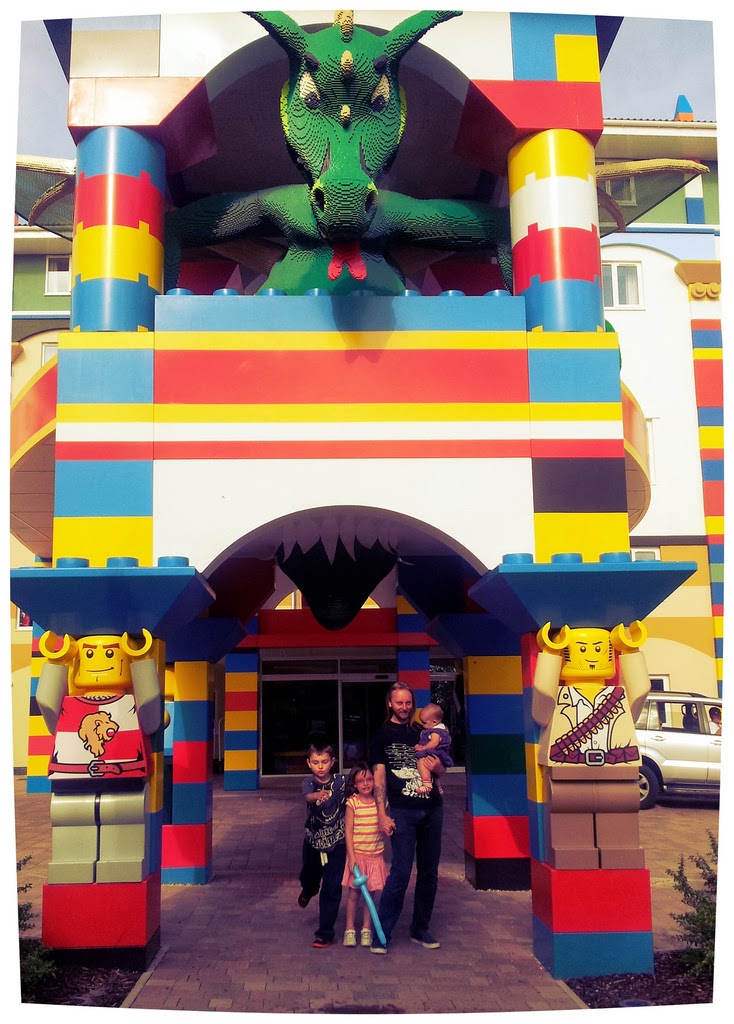 The Legoland Hotel is our families favourite ever hotel- the themed rooms, entertainments, food and gifts are amazing 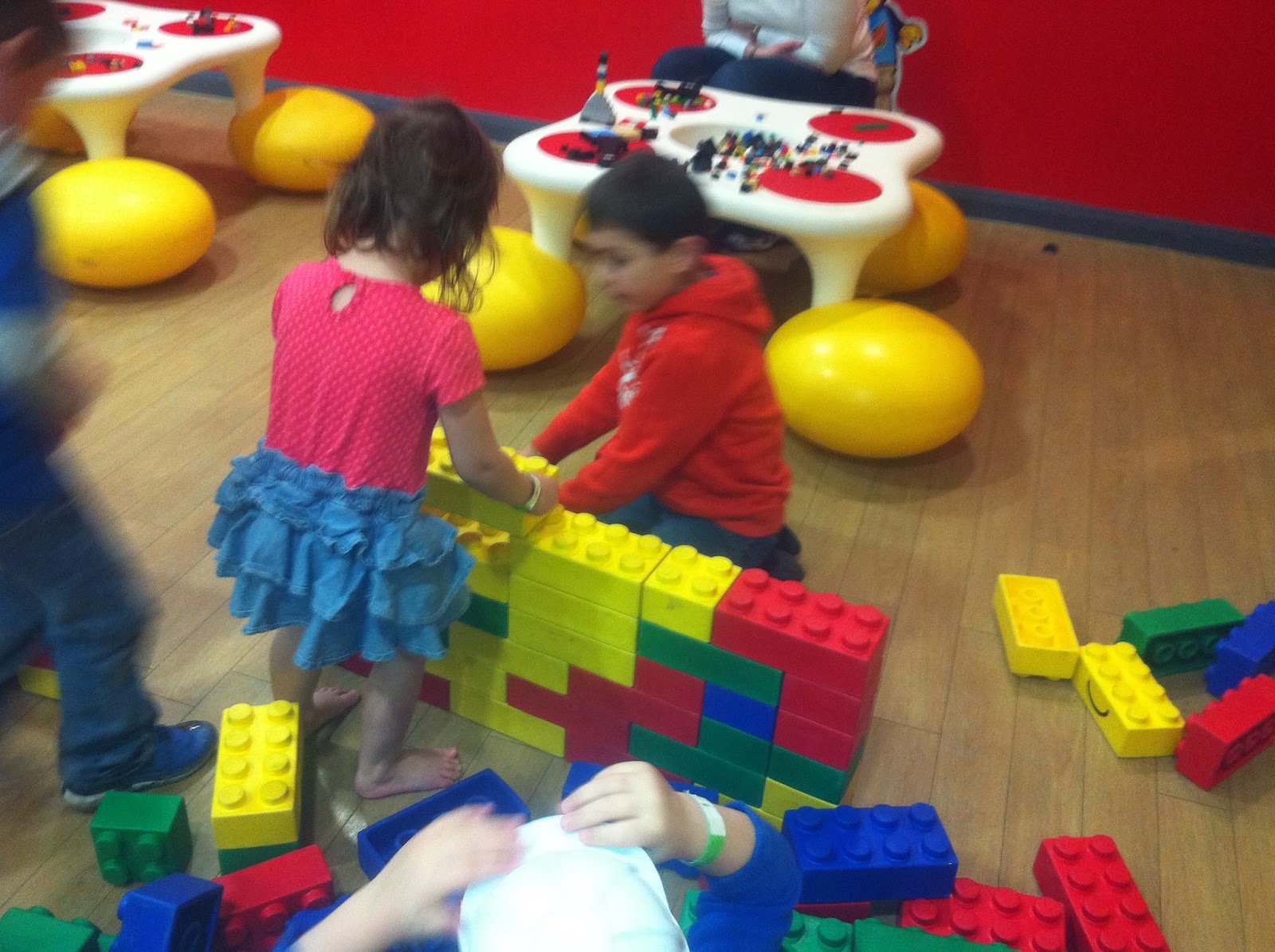 For a more local Lego themed day out, we visit The Lego Room at Bluestone Wales. 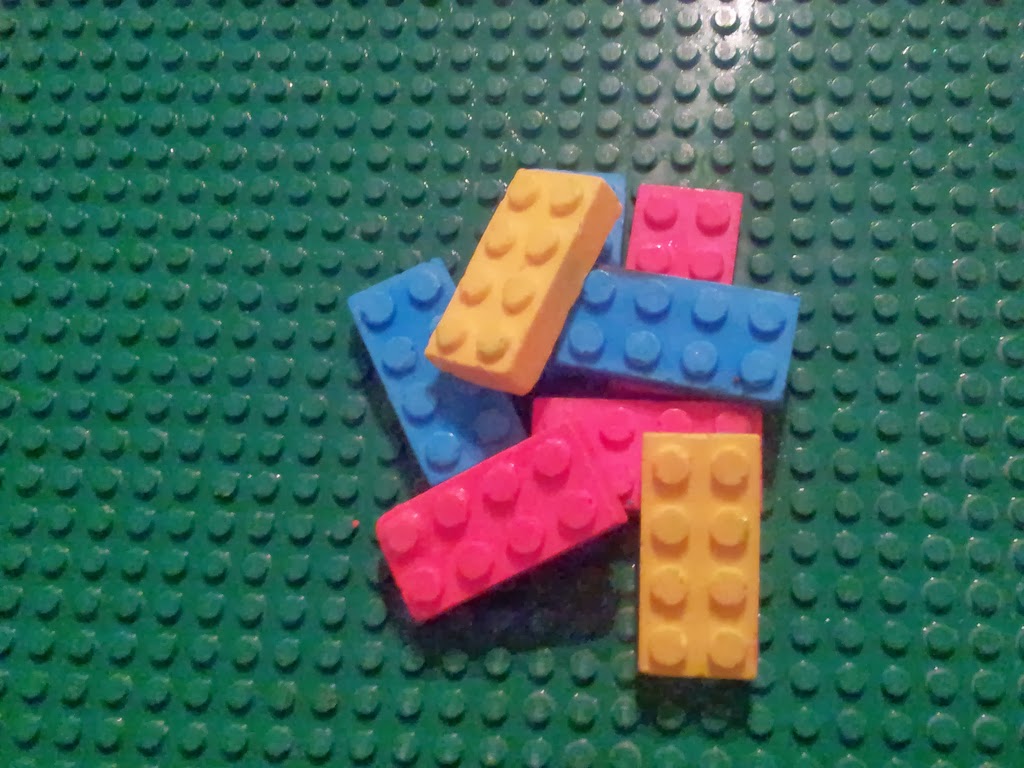 Bathtime is made more fun when we use our Lego shaped soaps that we made!

In the Summer, Lego is brought outside and made on our Tuff Spots in the garden or in the sand pit. 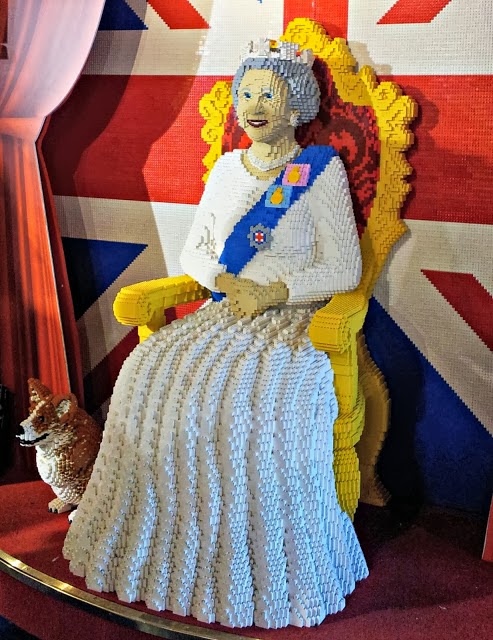 No trip to London is complete without a visit to the Lego Royal Family at Hamleys! 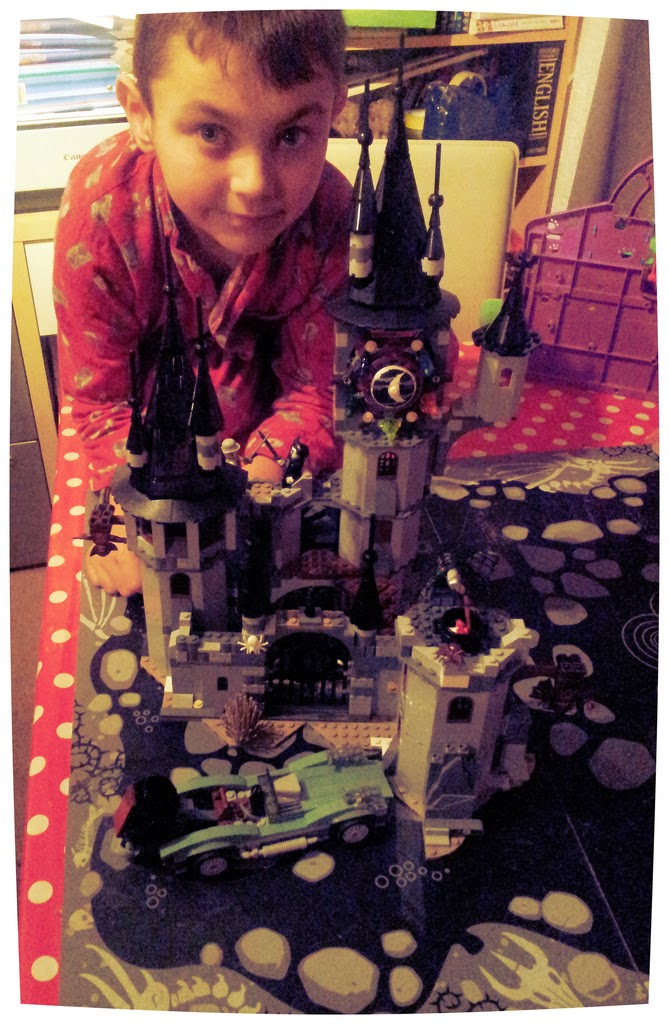 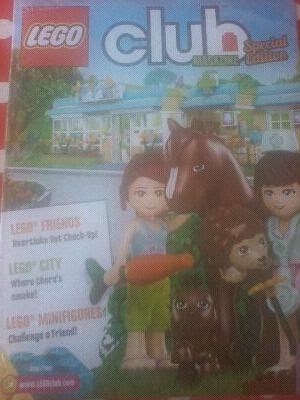 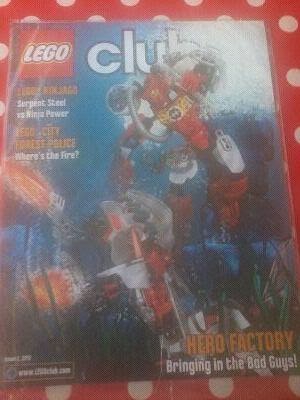 There is excitement after school when the kids realise there Lego Club magazine has arrived in the post! 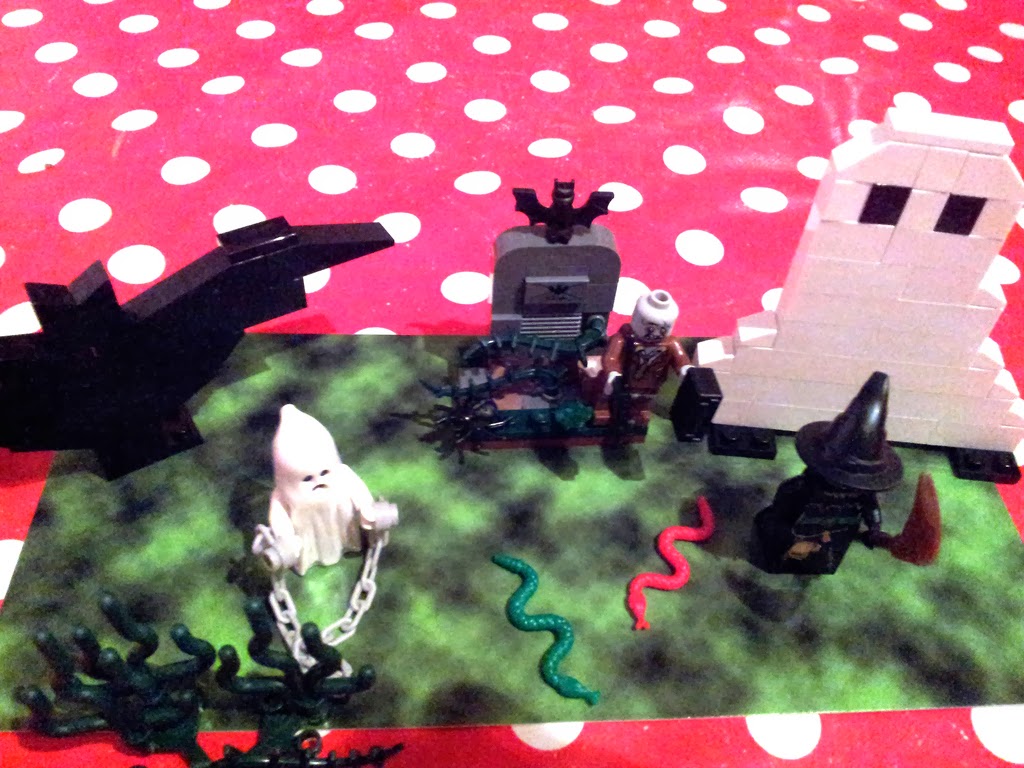 In October, our Lego gets spooky for Halloween.  One year I had to buy lots of orange pieces so Danny could make a Lego pumpkin. 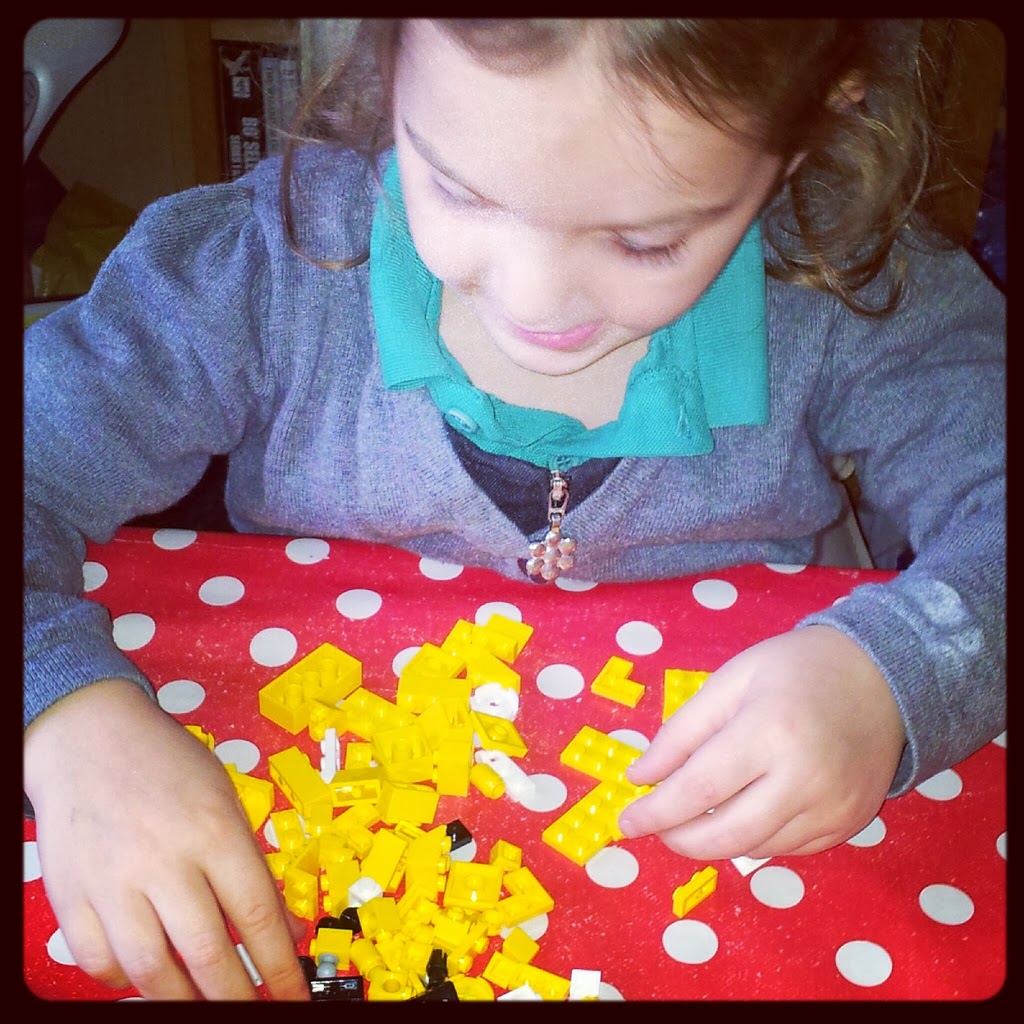 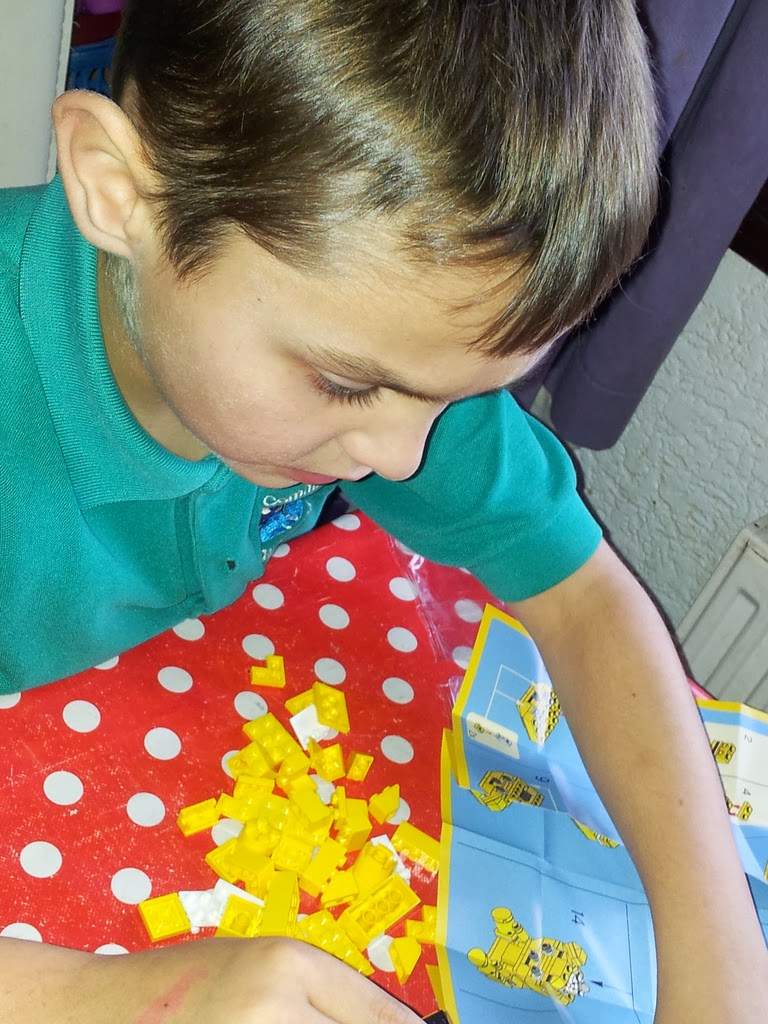 November sees us making our Lego Pudseys for Children in Need. 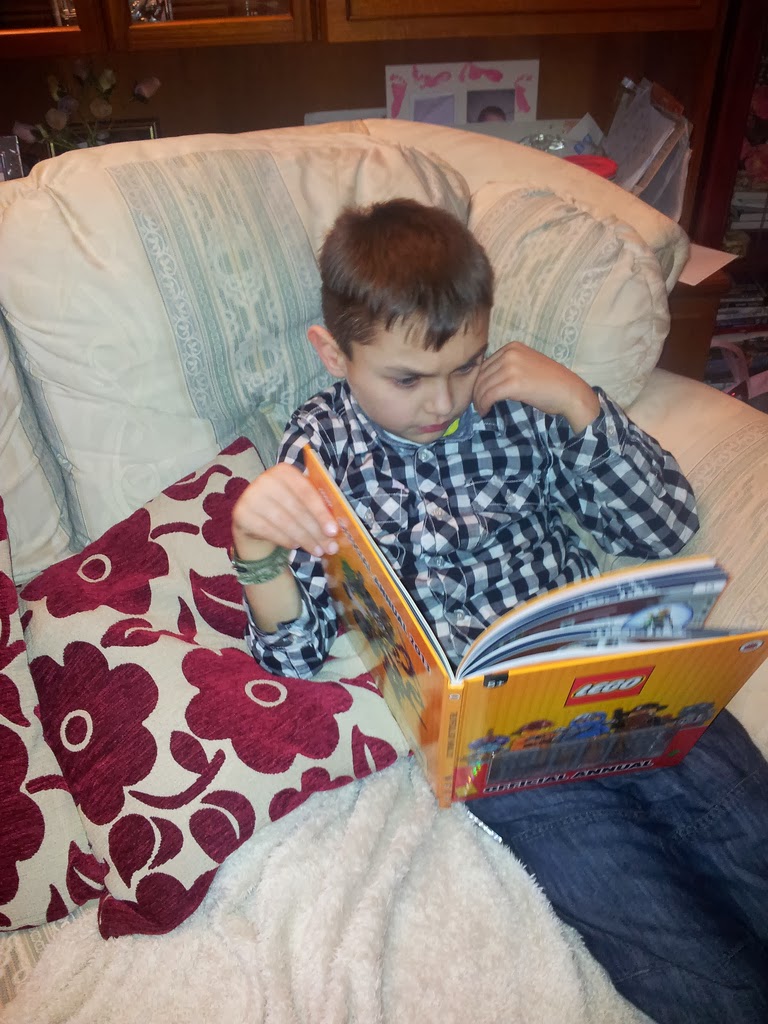 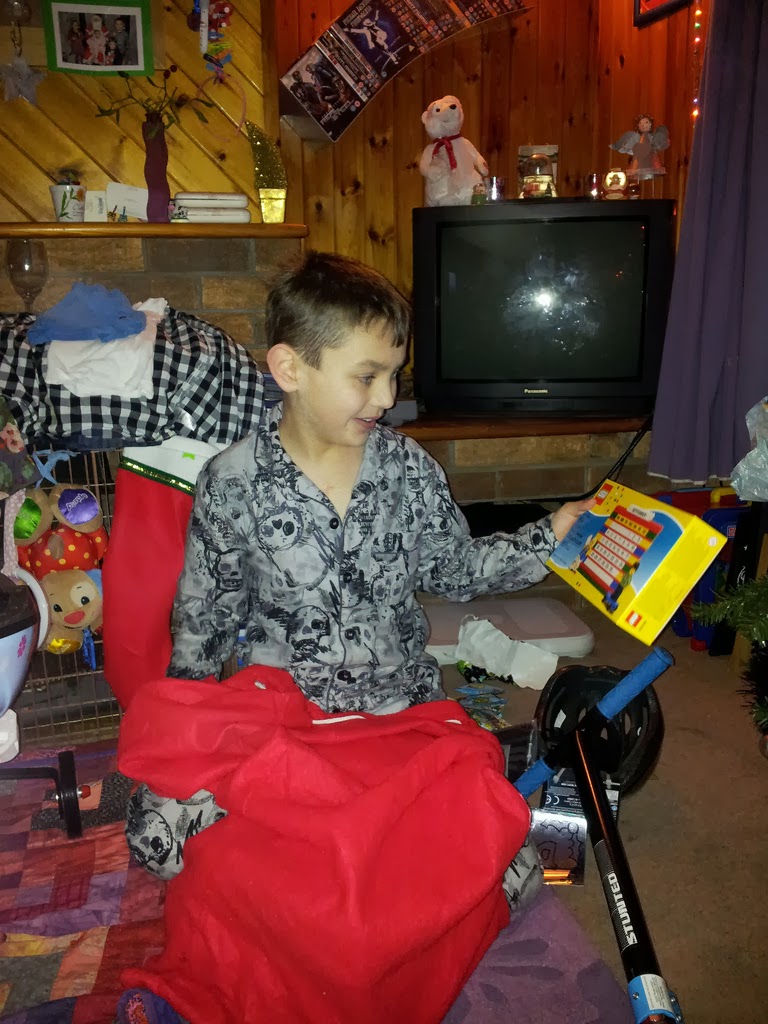 In December we start our Lego Advent Calendars.  These initially seem pricey for an Advent Calendar, however they are woth the money for all the Lego and enjoyment the kids get…and better for the kids teeth than chocolate! 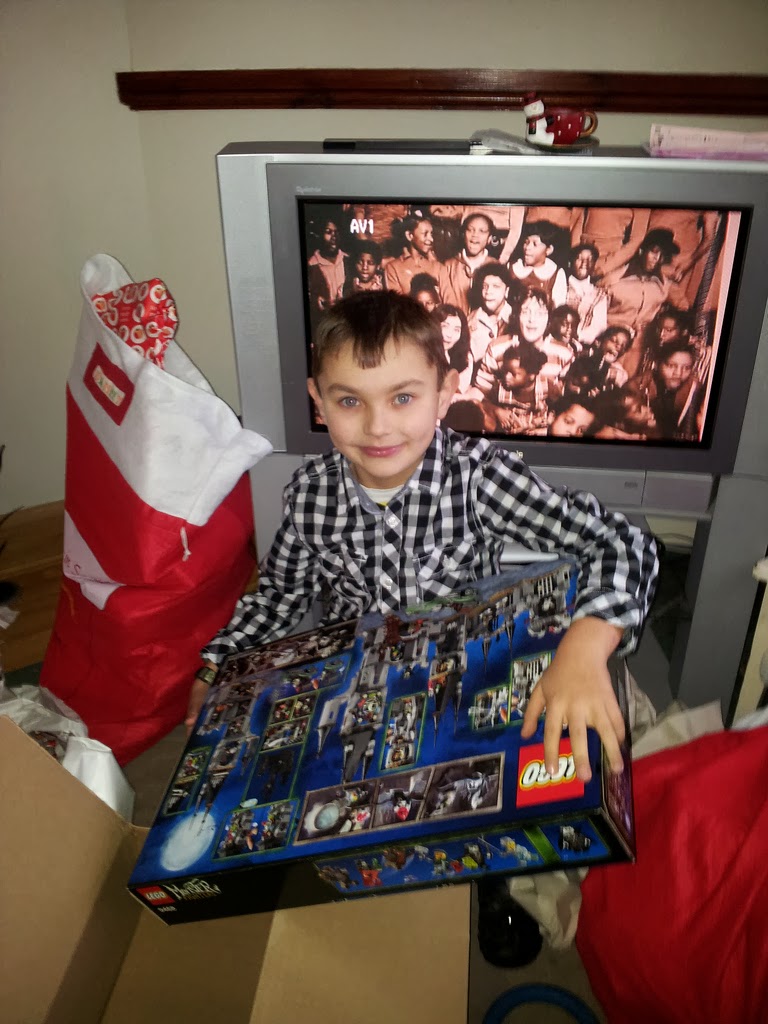 Then of course, the big day comes and more Lego is welcomed into our house again, with the older sets being reused again and again.

There is Lego to suit everyone, this Christmas Danny is asking Santa for Lego Minecraft, Rebecca would like more Lego Friends and Caitlyn is hoping for Jake and The Neverland Pirates Lego.

It is very difficult to choose our favourite Lego memory, as Lego is part of life, but I will choose our trips to Legoland and Hotel as there we have had fun making Lego together, surrounded by Lego and even eating lego shaped food – amazing!

Next year will be an exciting year for us Lego fans- with the release of The Lego Movie!


THE LEGO MOVIE, in cinemas 14th February 2014, follows Emmet, an ordinary, rules-following, perfectly average LEGO minifigure who is mistakenly identified as the most extraordinary person and the key to saving the world.

Emmet (Chris Pratt) is drafted into a fellowship of strangers on an epic quest to stop an evil tyrant, a journey for which he is hopelessly and hilariously underprepared.

Take a look at the trailer:

We can’t wait to see this movie and have wrote this post as an entry into the Tots 100 Lego Movie Competition.