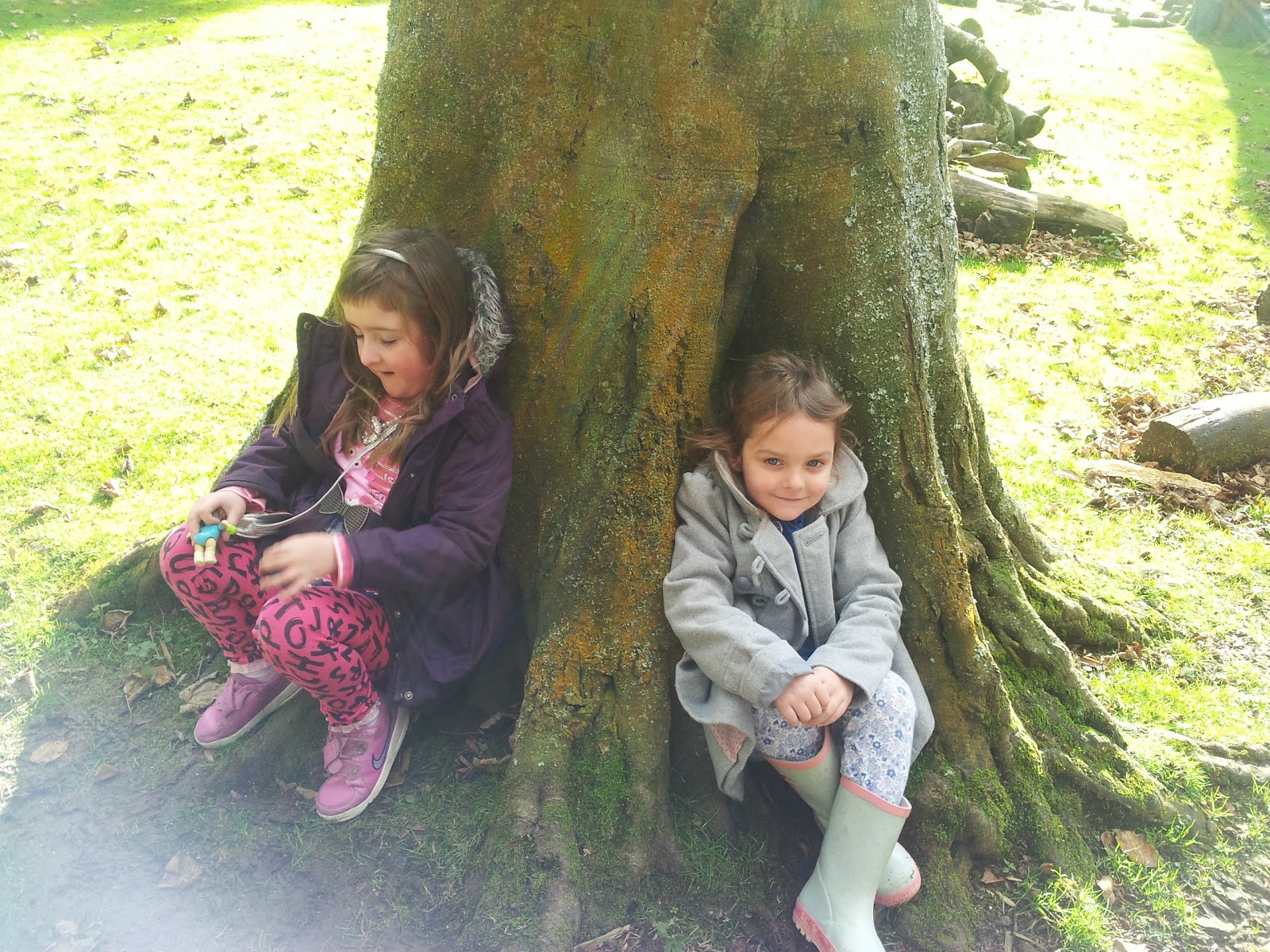 On Tuesday we met Mum, Jo and Cerys at Manor Park.  As soon as you walk through the gates you are immersed in the green forest of trees and green natural spaces, it is beautiful.


We took part in a Bat Quiz which was good fun.  As regular double bubble ticket holders it was a refreshing change to follow the route to look for clues, so I hope they do more trails like this in the future.  We also got lovely Lucky Dips at the end too so it was definitely worth it! 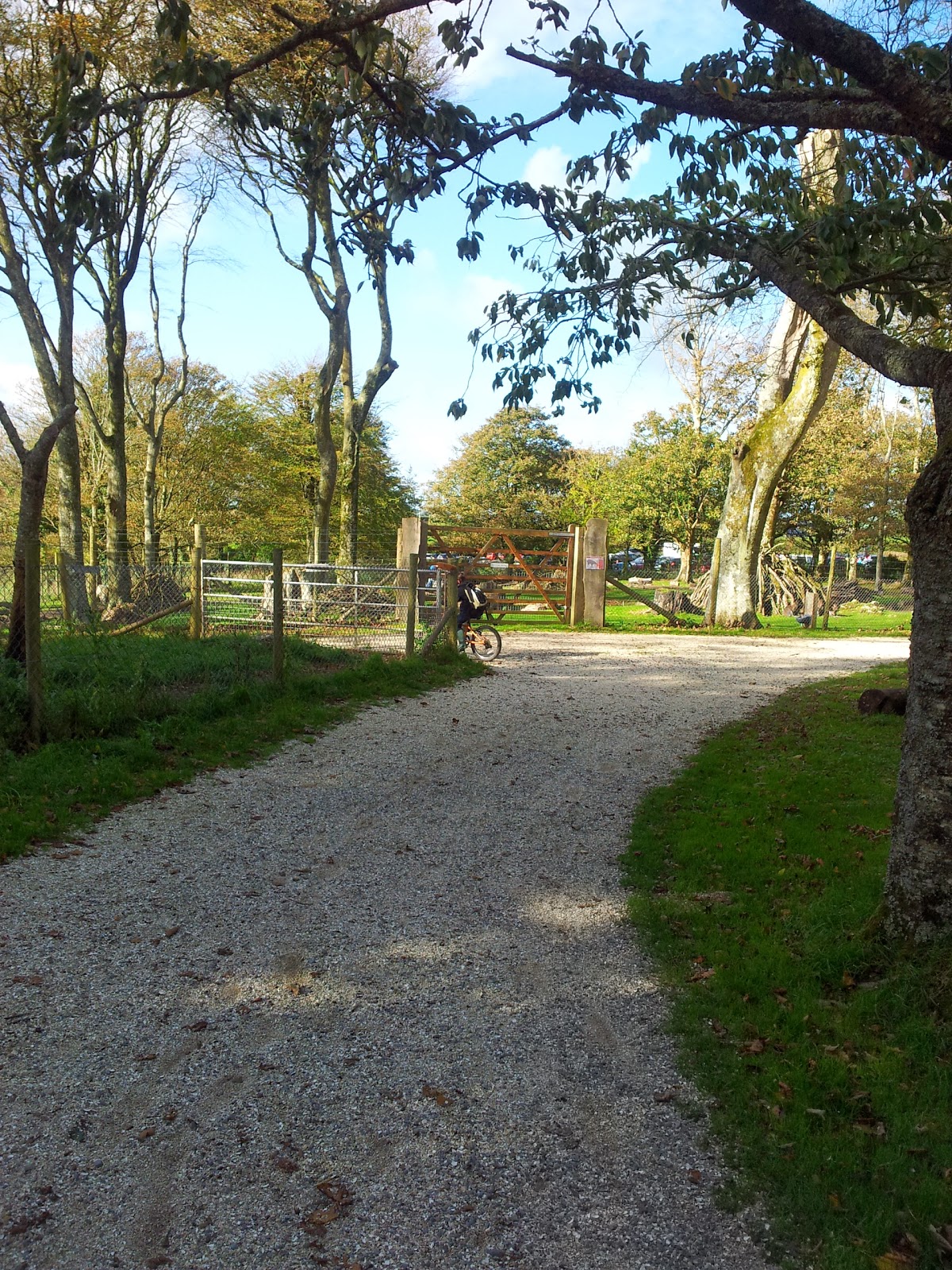 Mum, Jo and the girls walked via the camels, rhino and gibbons route to see the animals and get more clues, whilst I followed Danny who ran off to grab a bike!

As regular readers know, in the past, Manor Park was Danny’s favourite place to visit as it was the only place ever where he was able to ride a three wheeled bike.

With having half a heart and delayed development in gross motor skills he found riding a bike with no stabilisers impossible   So we embraced the three wheeler and allowed him time at Manor Park and at Bike Mobility and I planned to buy him one if I ever saved enough money.


However, when we went to Pembrey he had a go on his cousin Cerys’ way too small two wheeler bike and found he could ride it.  He couldn’t wait to try his new skill out on a bigger two wheeler and low and behold he found that he could ride it!  He rode past me proud as punch- so fast that I only caught the back wheel in the picture!


I was so proud.  It is so much harder for him to do than his peers his own age, but he is the most determined person I know and he has eventually managed it in his own time.  Well done, Danny!


Unfortunately, it exhausted him but of course once he started he didn’t want to stop!  So it took a lot of coercing but eventually we convinced him to rest and eat some hot soup to give his body a chance to recover. 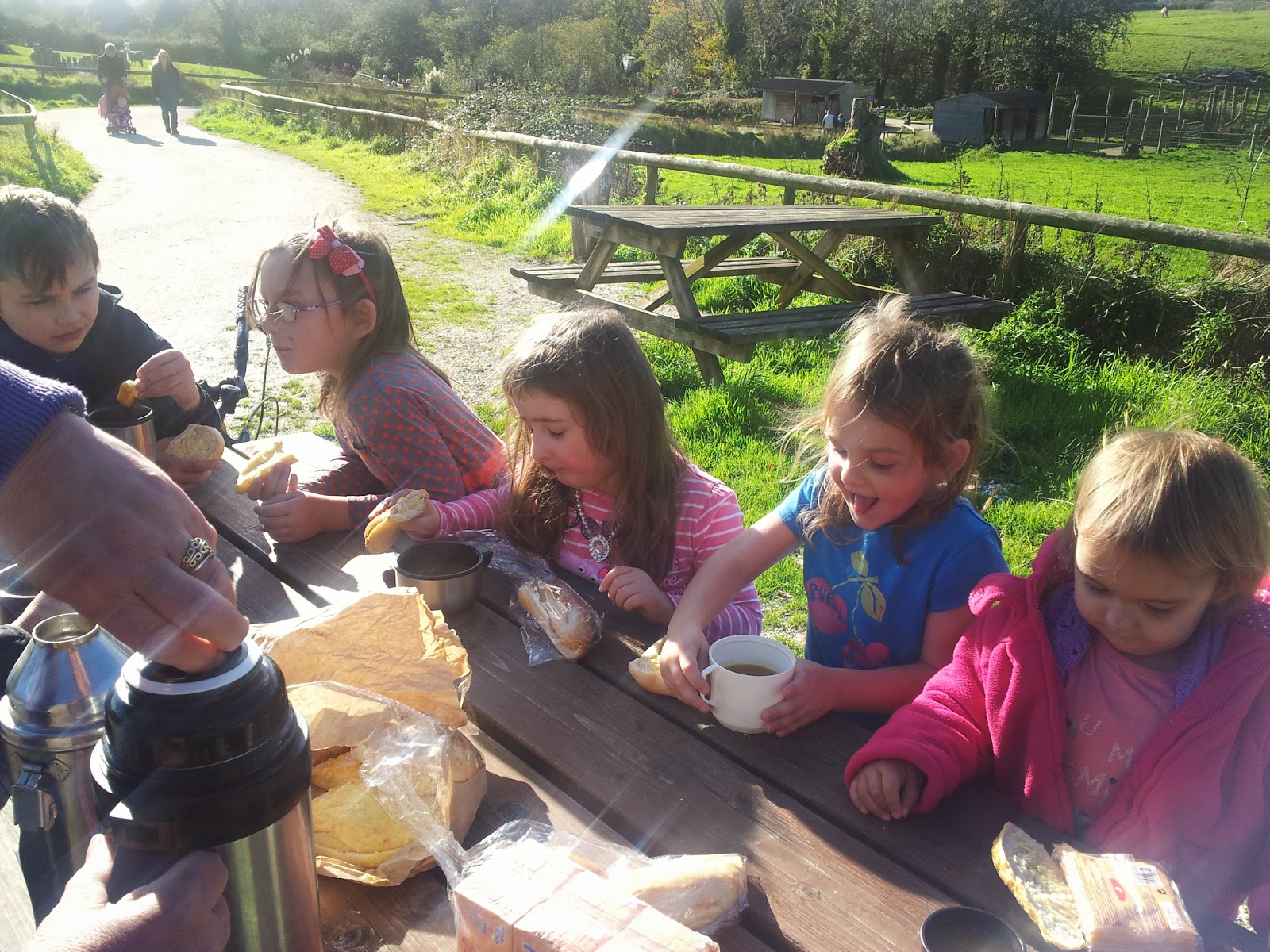 Here are the troops enjoying their hot vegetable soup with bread and cheese (thanks Nanny!).  Now we had all been refuelled we went back to the Green to let all the kids play on the bikes, boppers and ride-ons. 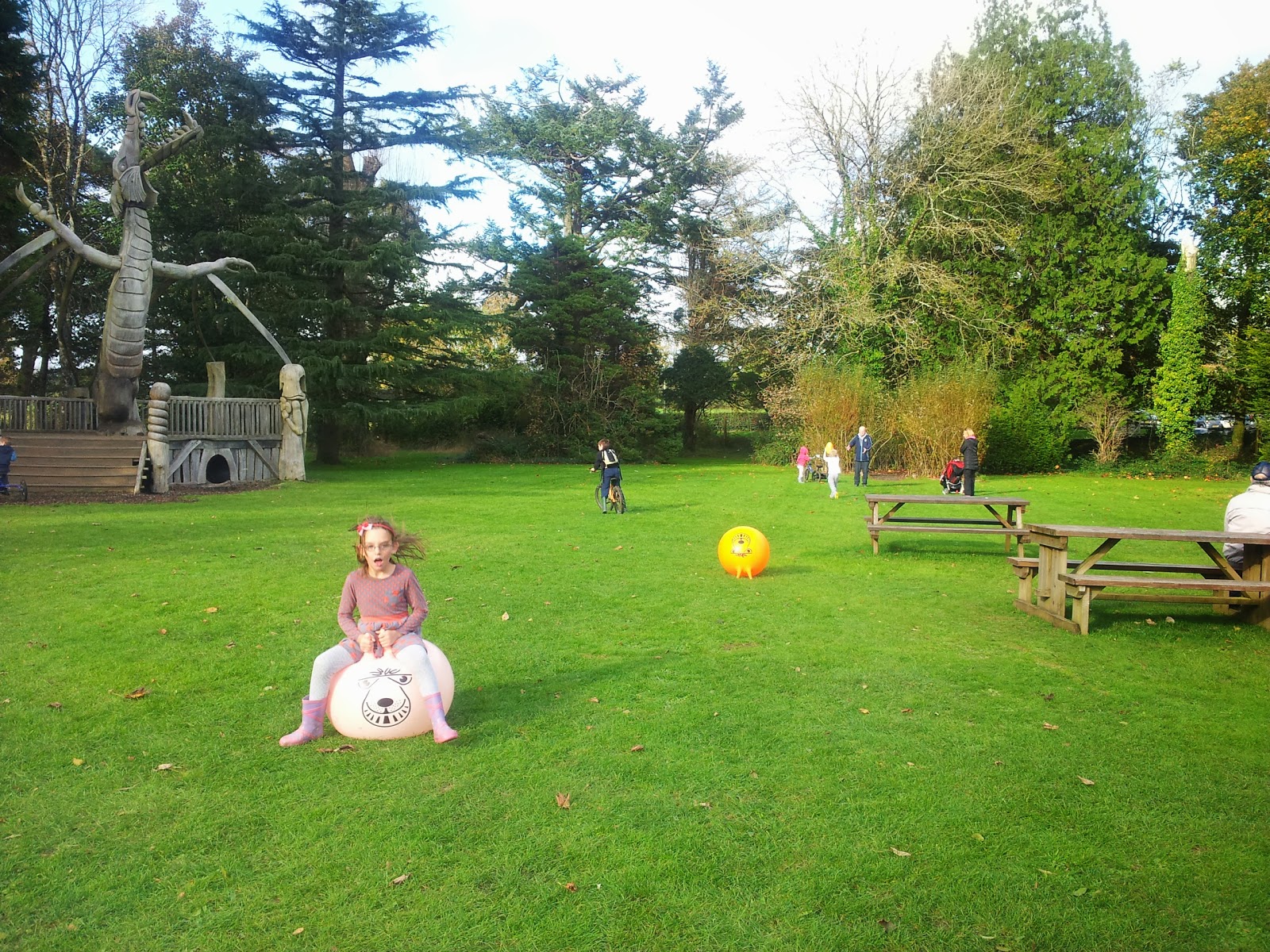 This is another failed attempt of a photo of Danny riding a bike without stabilisers, again he raced off, but fortunately I have caught Rebecca on a Bopper so this photo is still worthwhile. 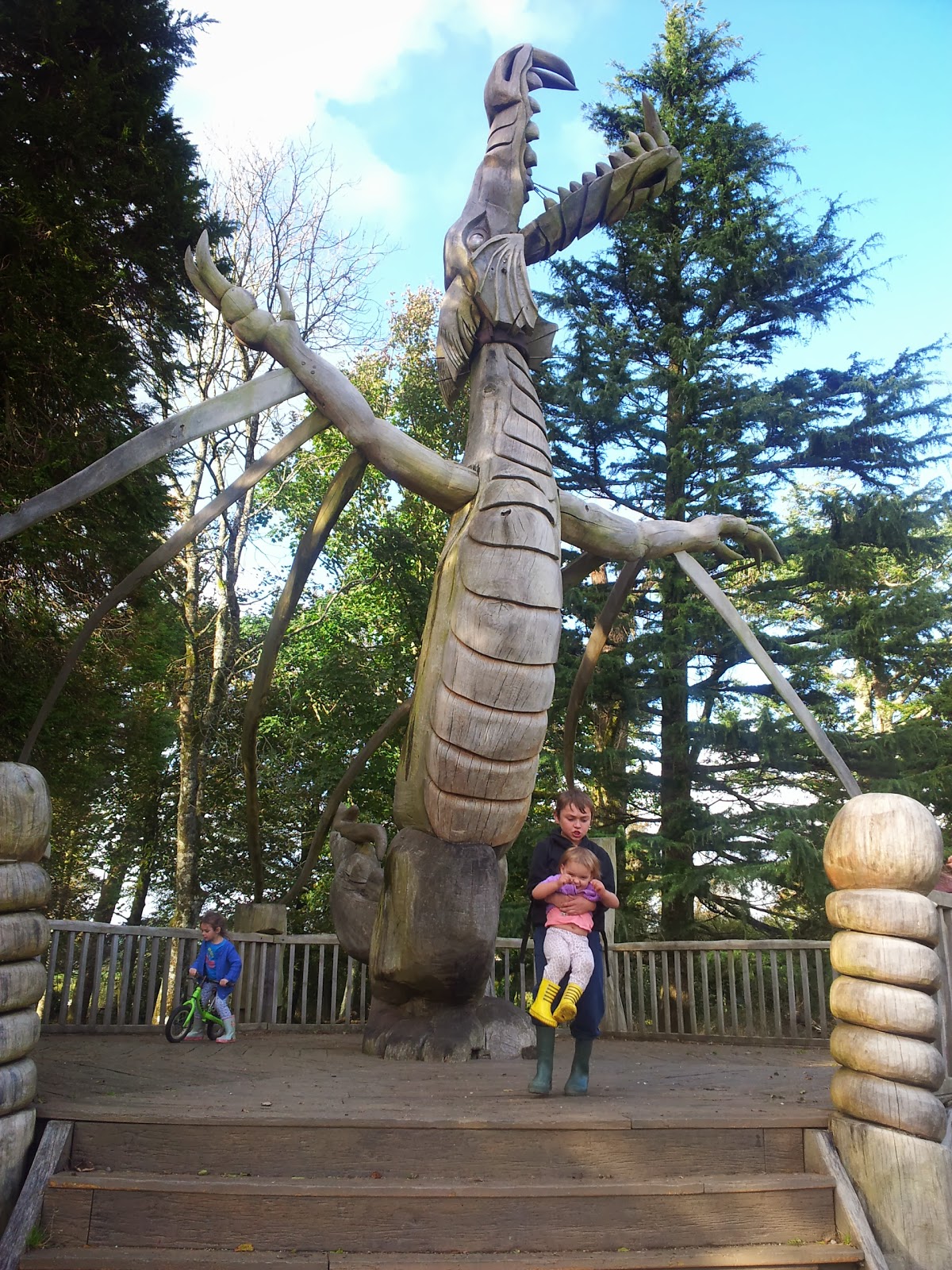 The kids had their usual play on the ex-Glastonbury Dragon.  Izzy loved running around with Danny and Caitlyn.  Some little boys ran up with an older girl, the boys were in full play mode and told the girl to shout at the “other kids” (mine) for being on their ship.  She refused to and was very embarrassed but I love to see kids when they use their imaginations like this and did not take offence at all.  I could see how in their eyes, anyone not in their family or friendship group would be viewed as a “stowaway” or “invader” on their ship, it’s all childs-play. 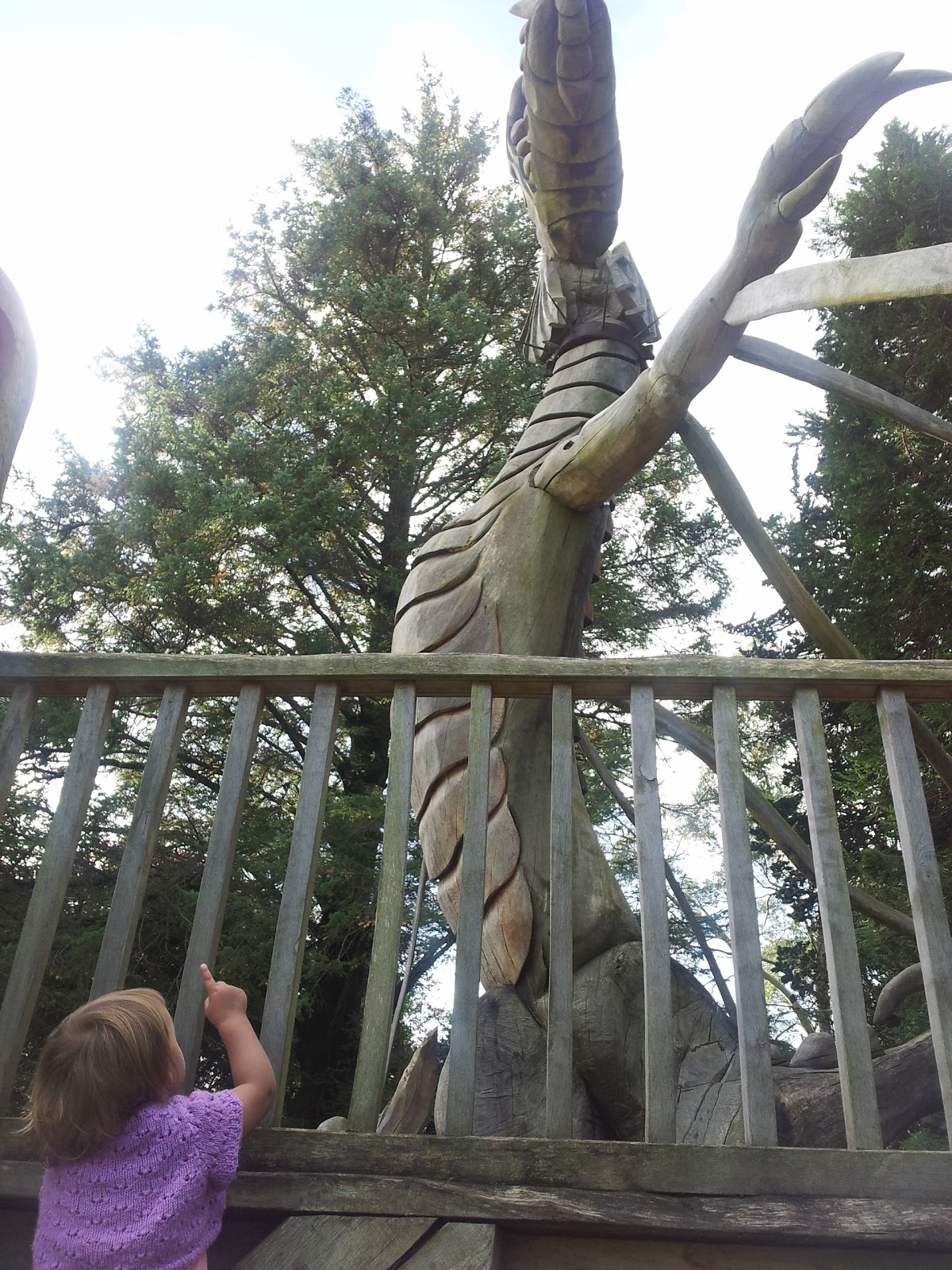 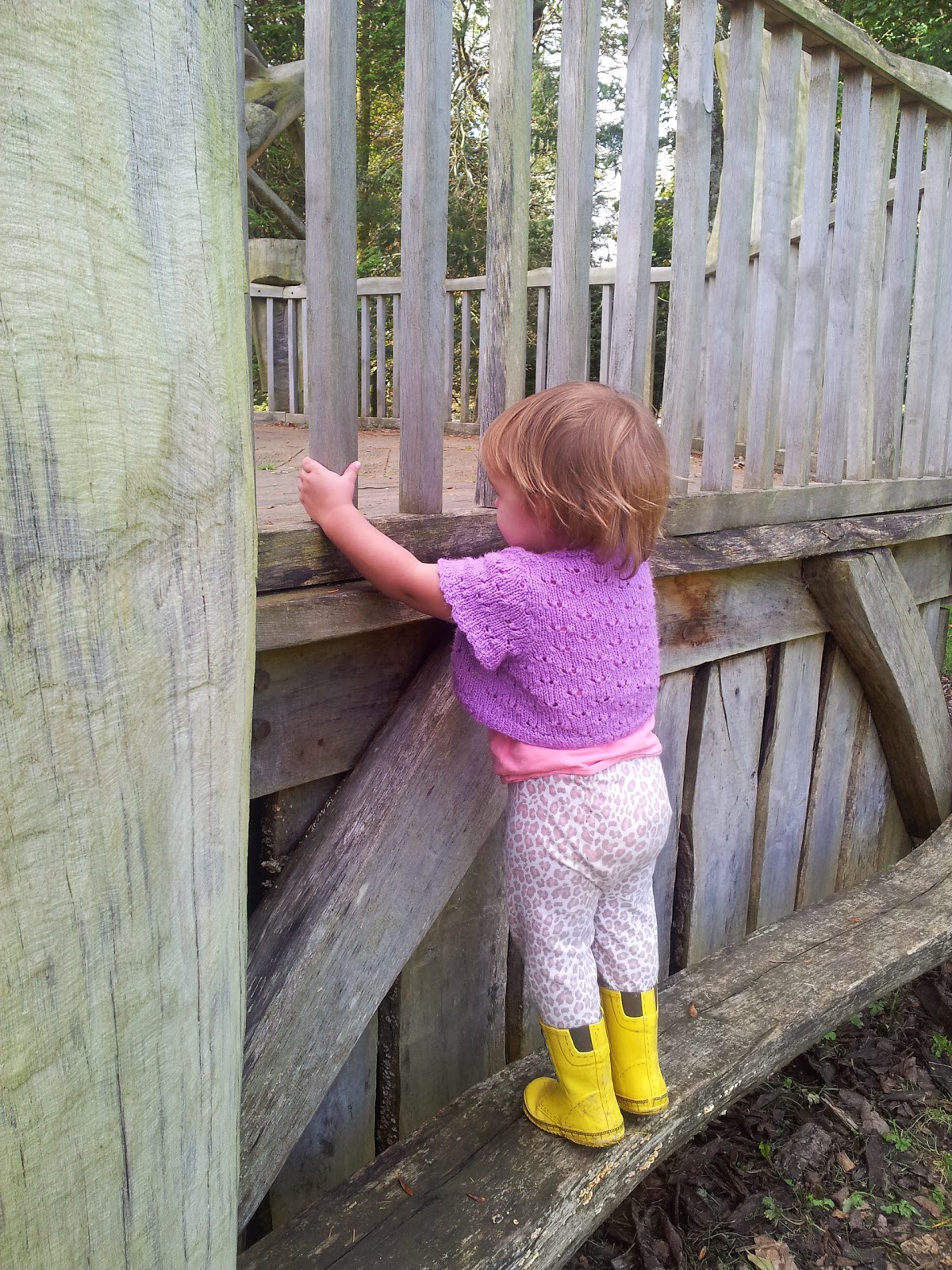 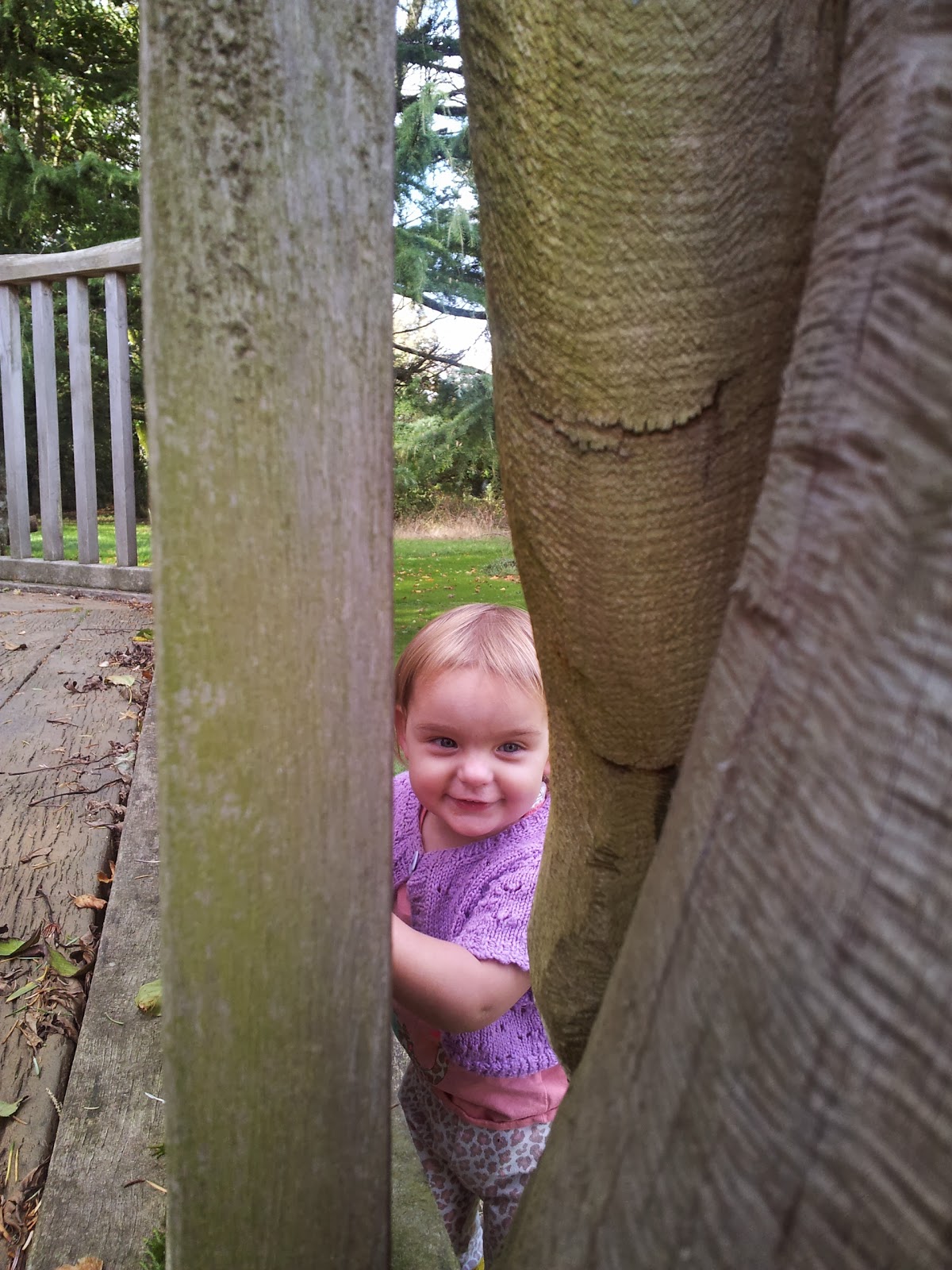 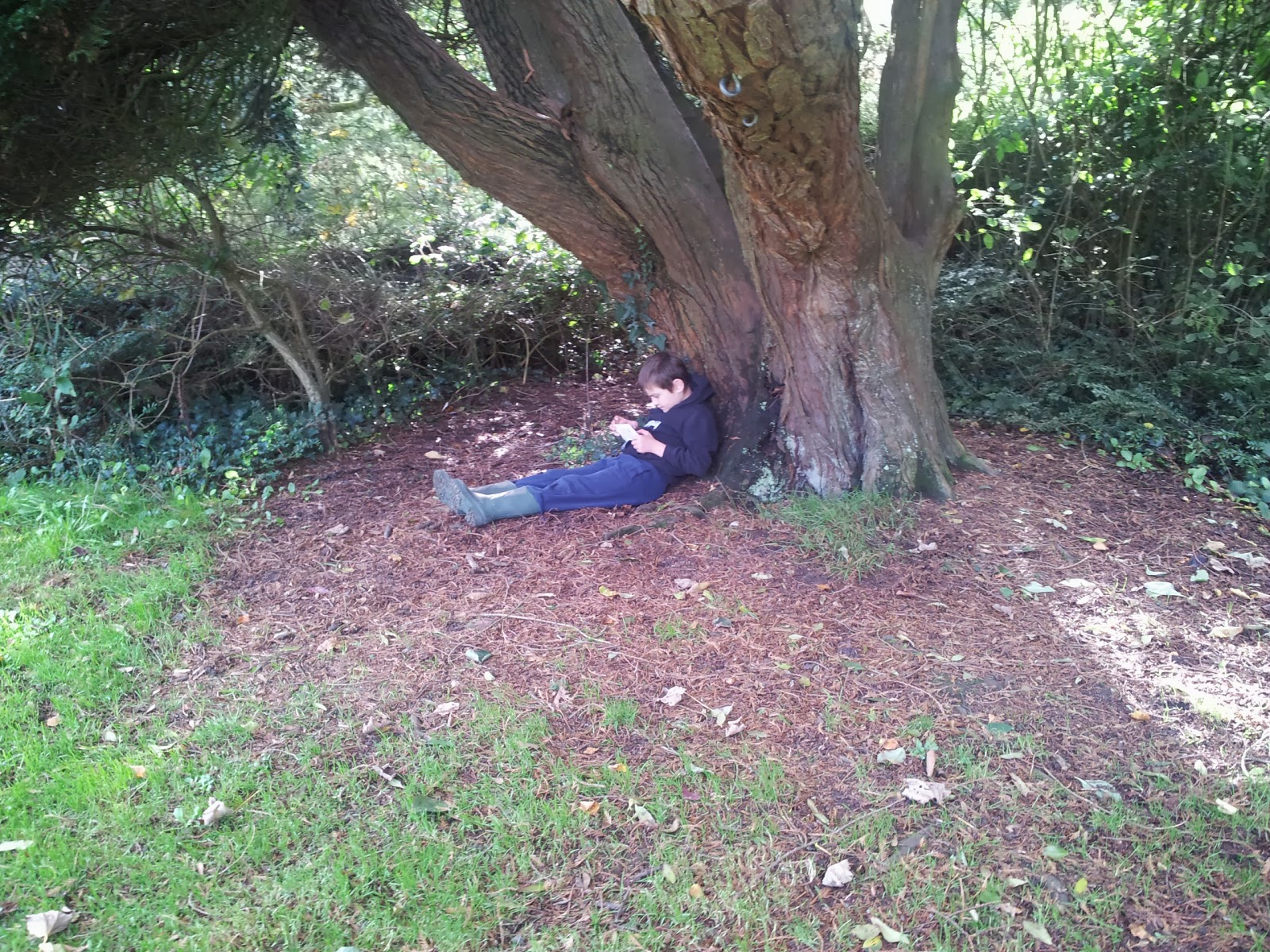 I love this photo.  It reminds me of timeless paintings of children sitting under trees, then you look closer and spot the modern technology of the tablet in his hands.


I was proud of him for resting and looking through his photos of the day, instead of trying to keep up with everyone else and getting over tired. 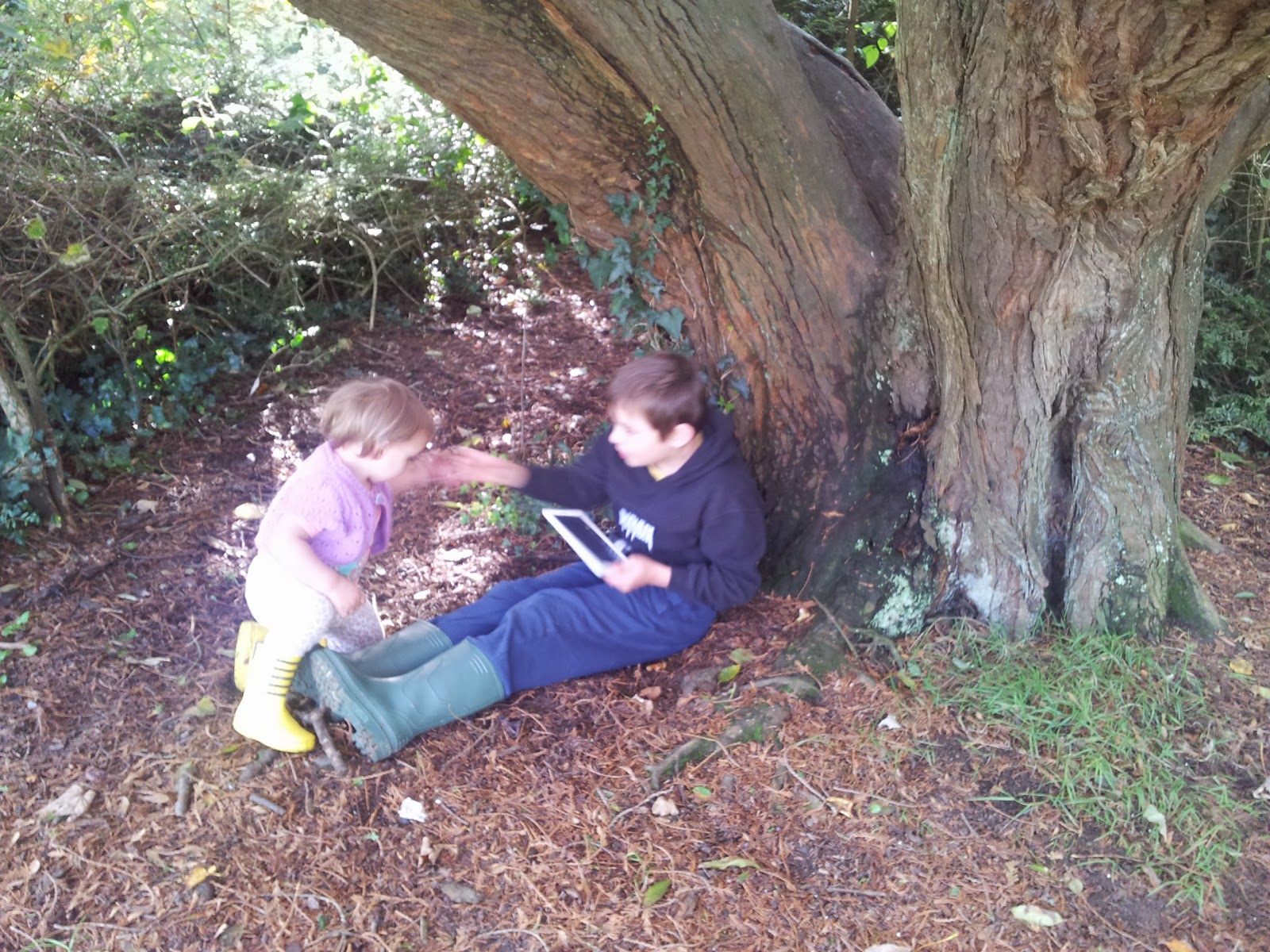 Also, as soon as Izzy was in his view, he put the tablet down and gave his attention to his little sister.  They had a quick little cuddle… 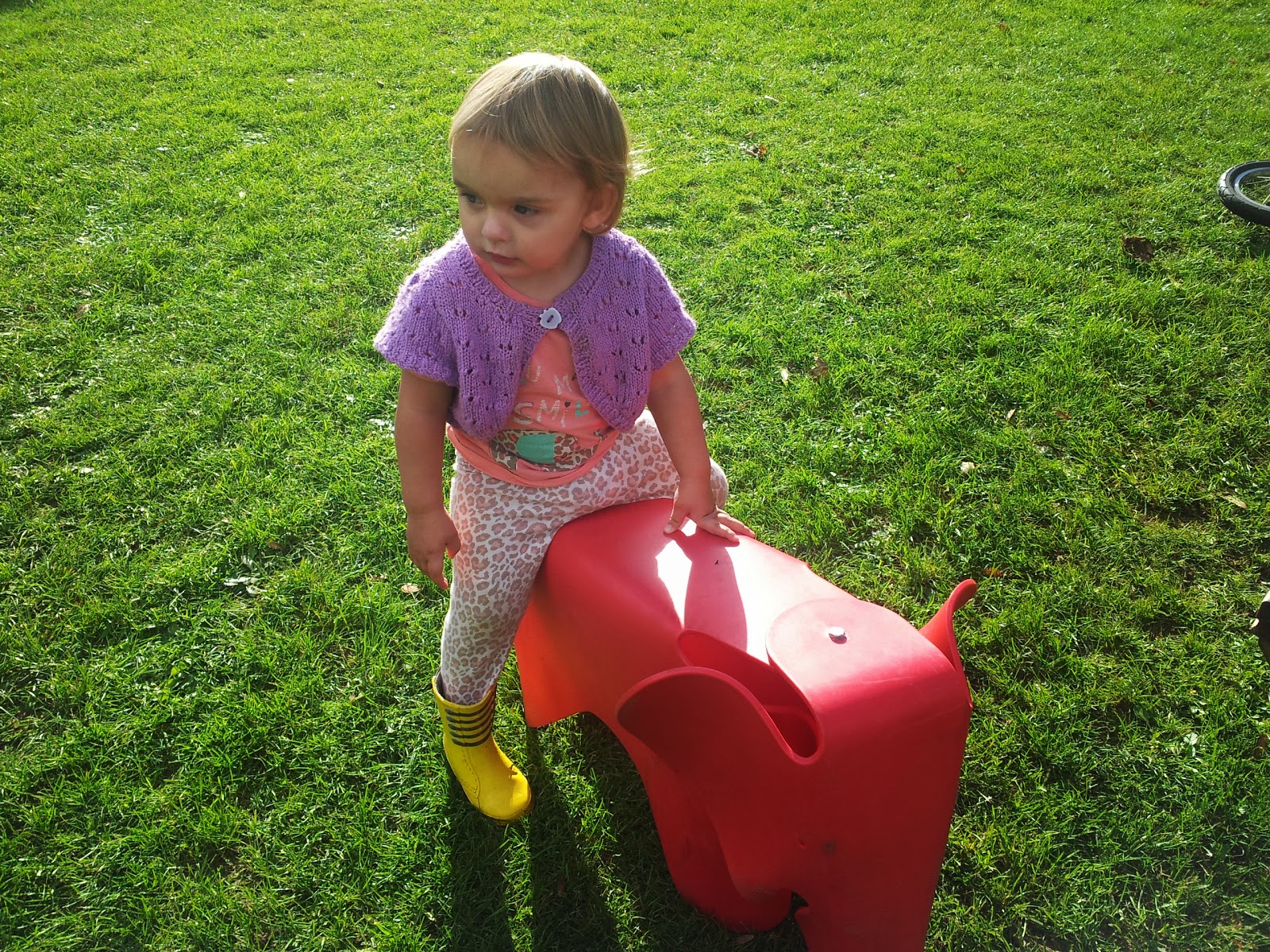 …until Izzy was off again- sitting on elephants, exploring and sitting on ride-ons. 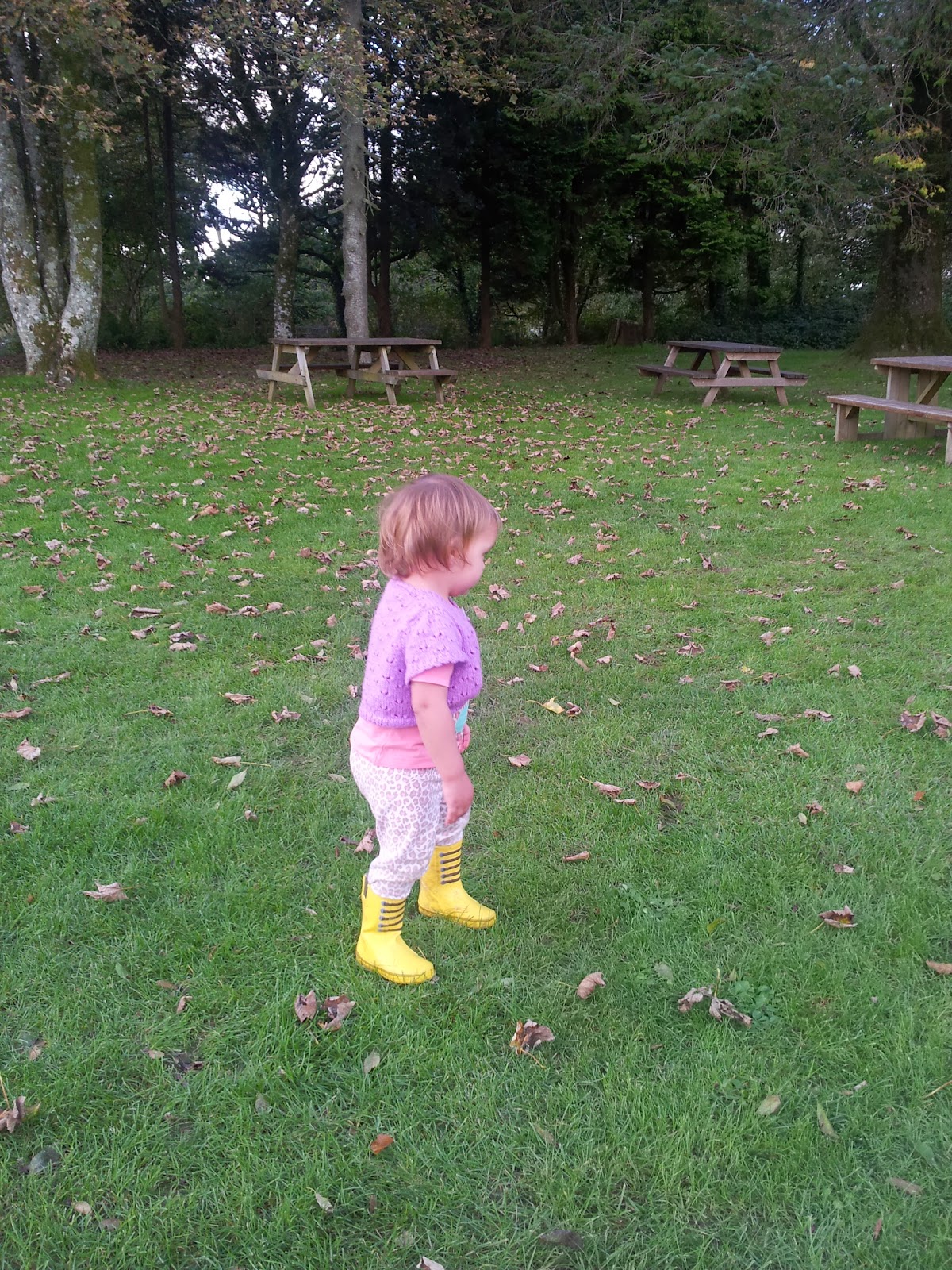 I love the fallen Autumn leaves. 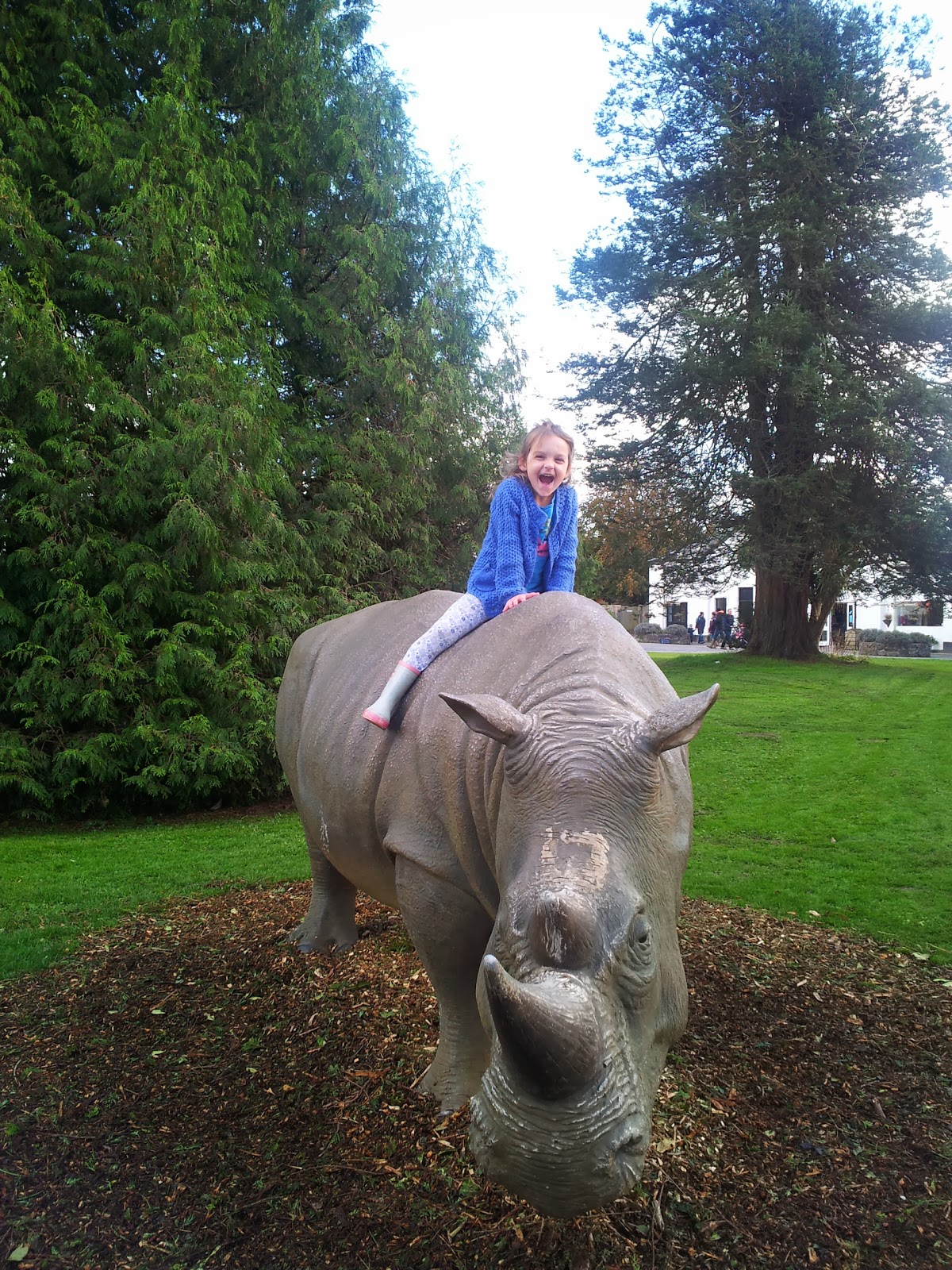 Caitlyn saw some kids have their photos taken on the Rhino, and being the nimble, climbing monkey that she is climbed on and asked me to take photos of her. 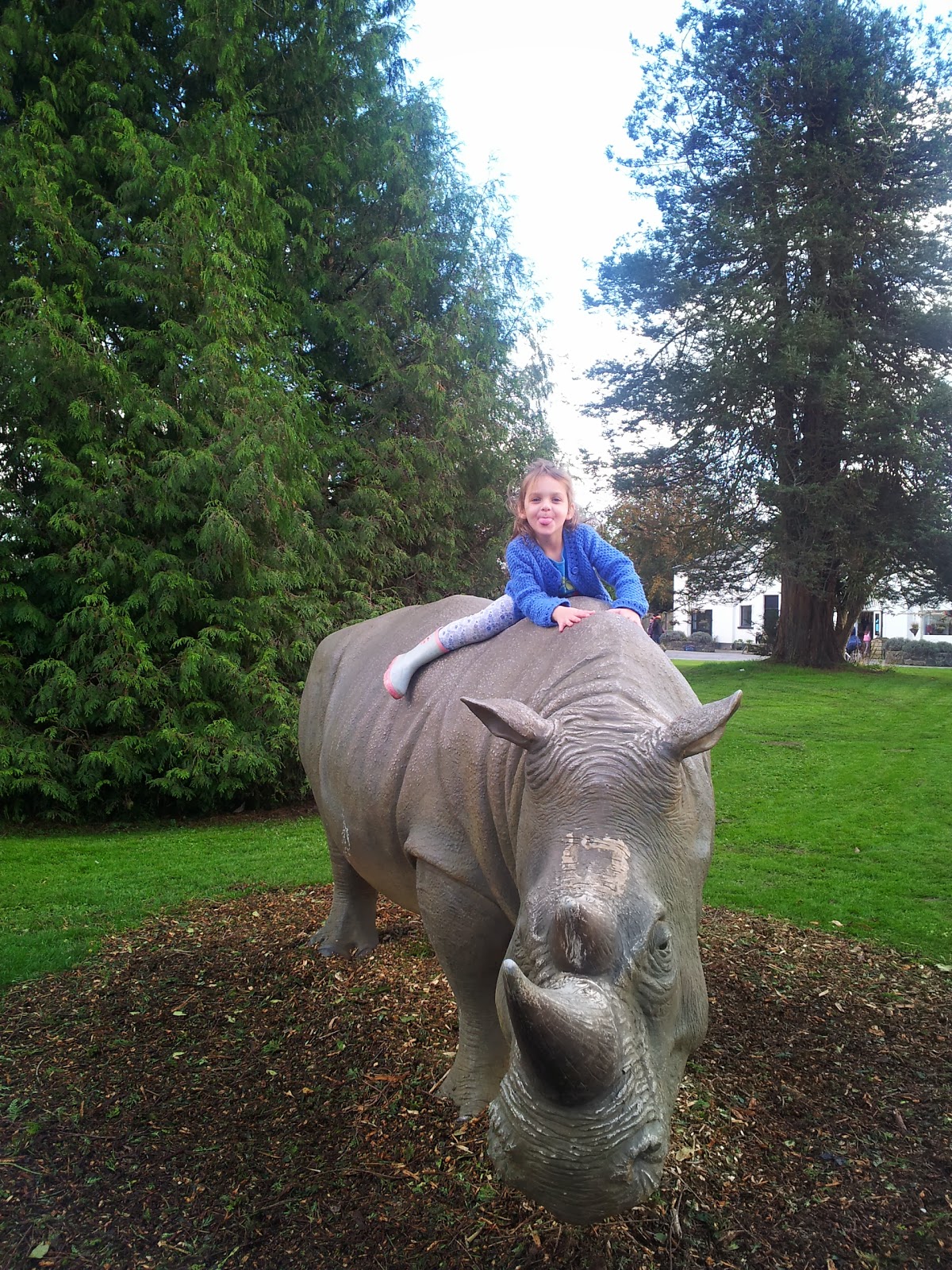 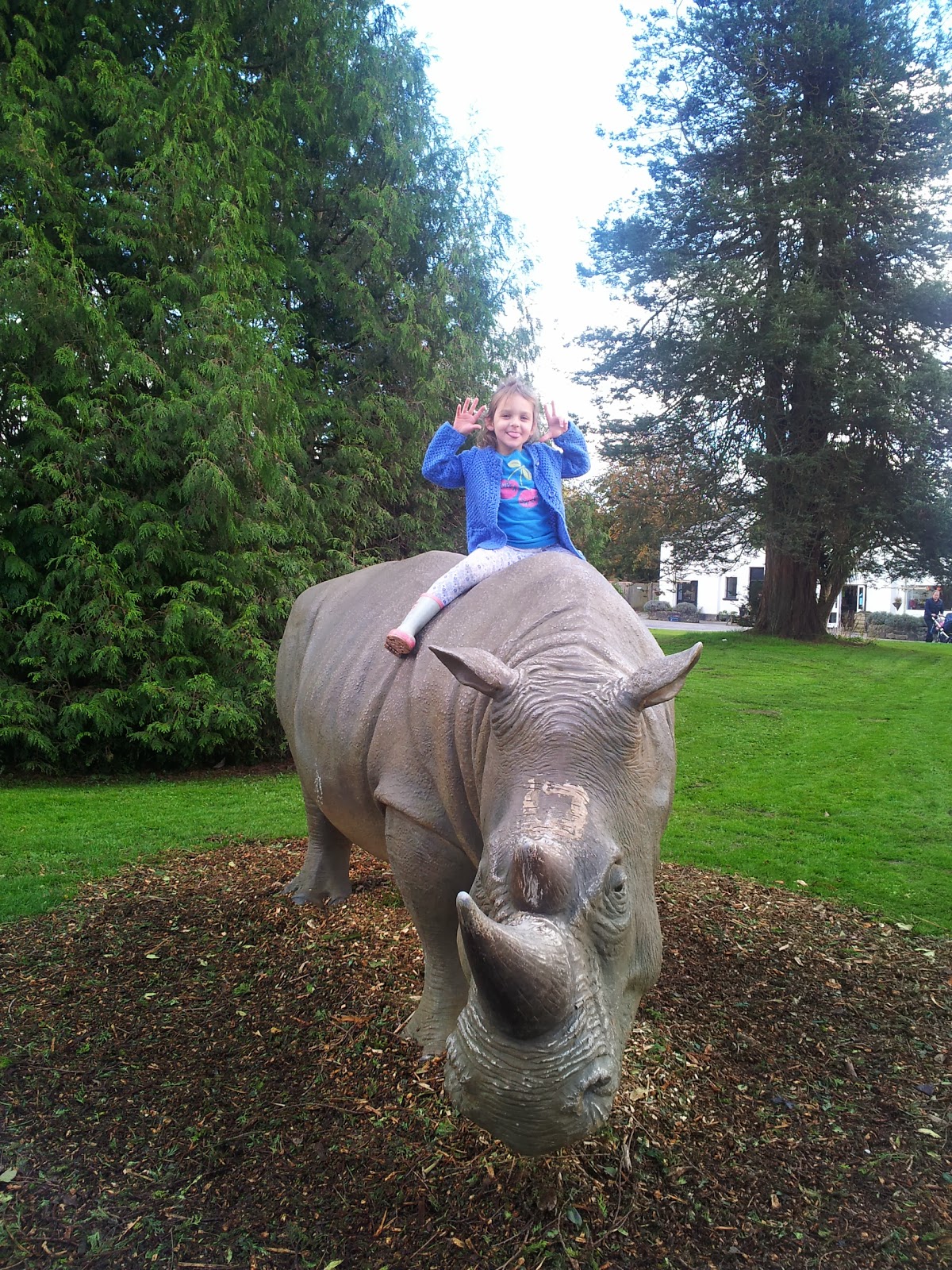 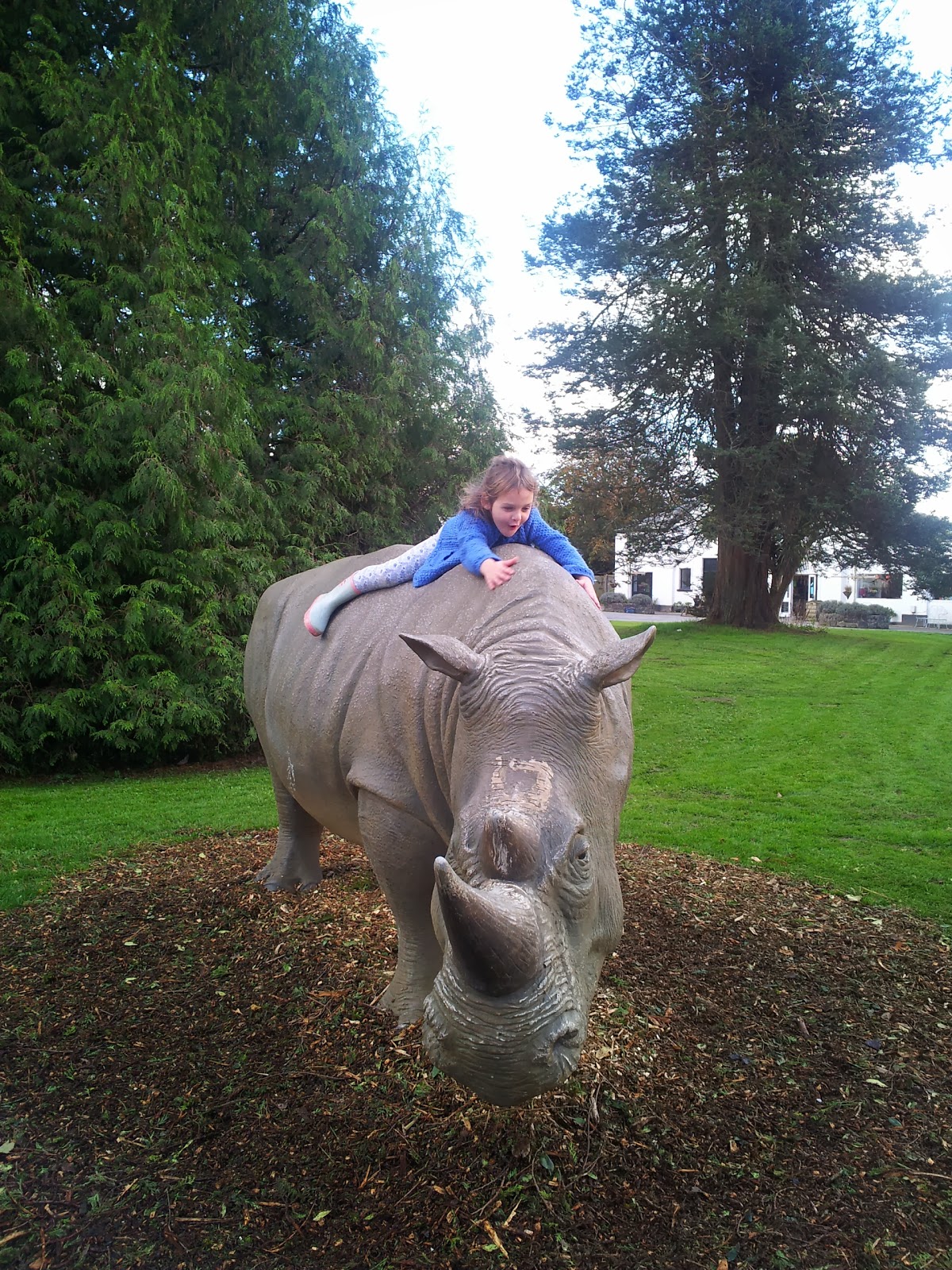 Google Plus Auto Awesome made the above GIF out of the photos.  There isn’t a sign to say, “No Climbing” but I don’t encourage the kids to in case they damage the (very expensive!) fibreglass model- I would feel terrible if they broke it, thankfully she is as light as a feather and no damage was done while taking these photos. 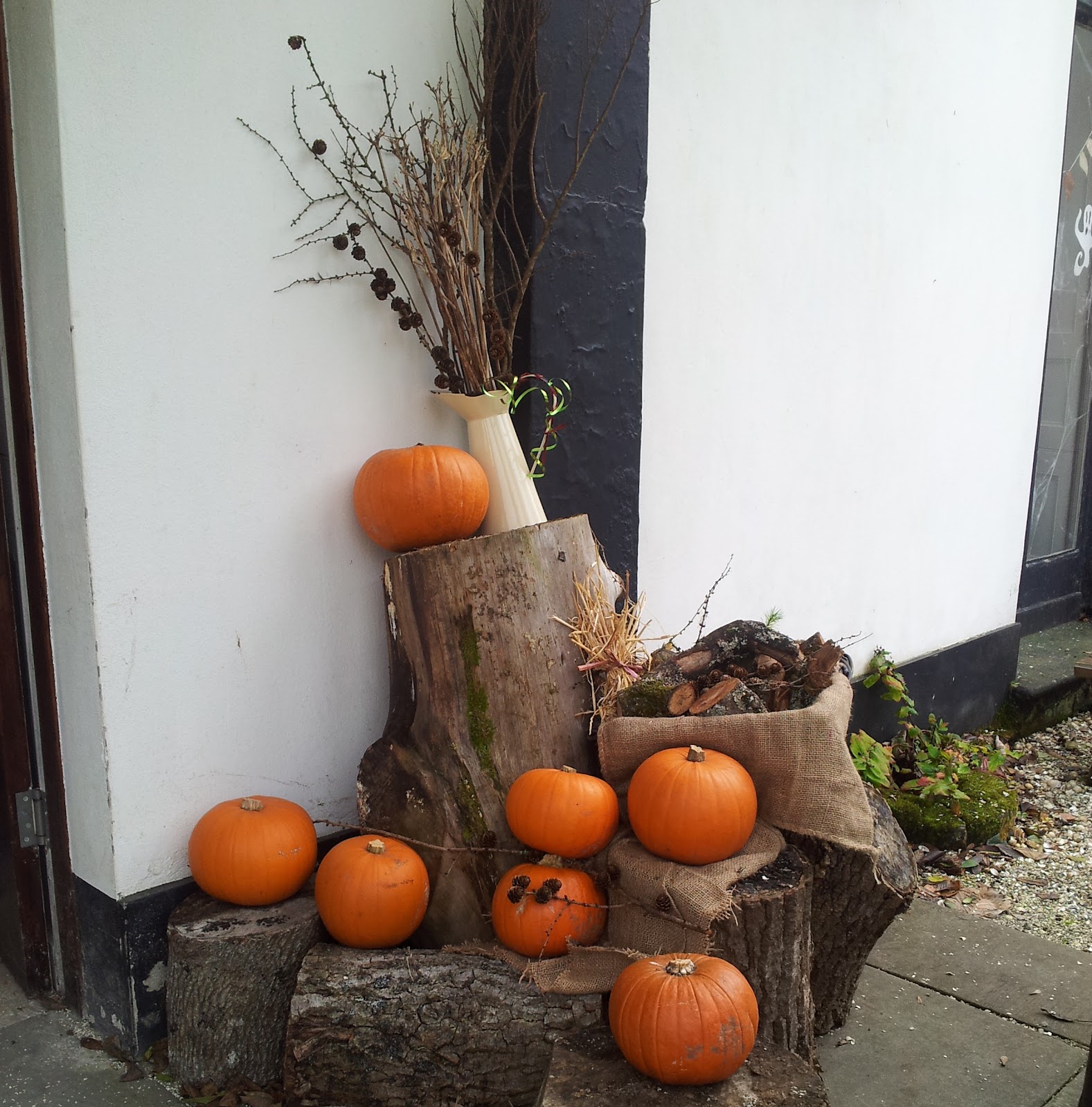 Manor Park was decorated with Pumpkins for Halloween in a lovely natural, organic way. 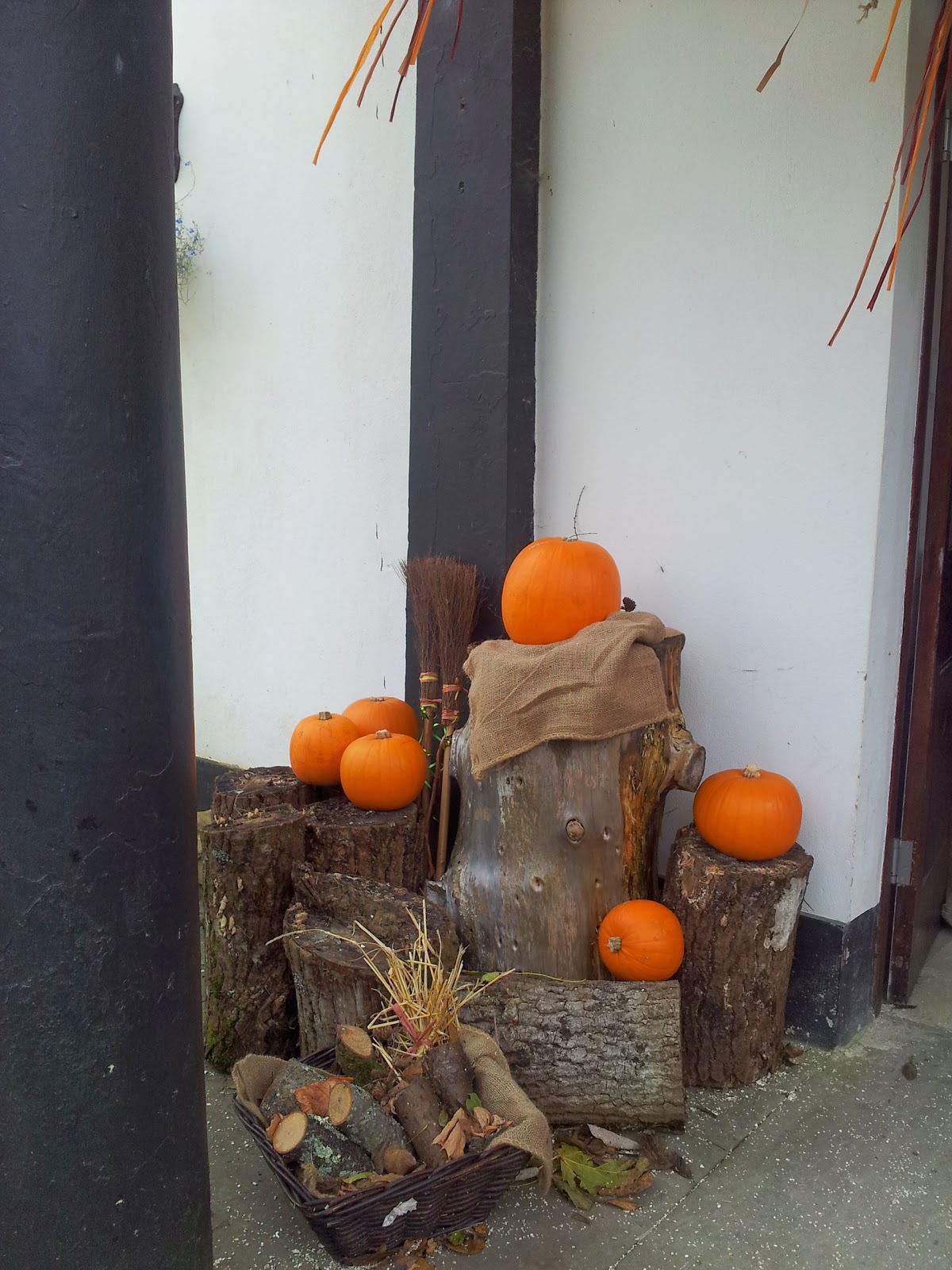 I adore these logs and pumpkins. 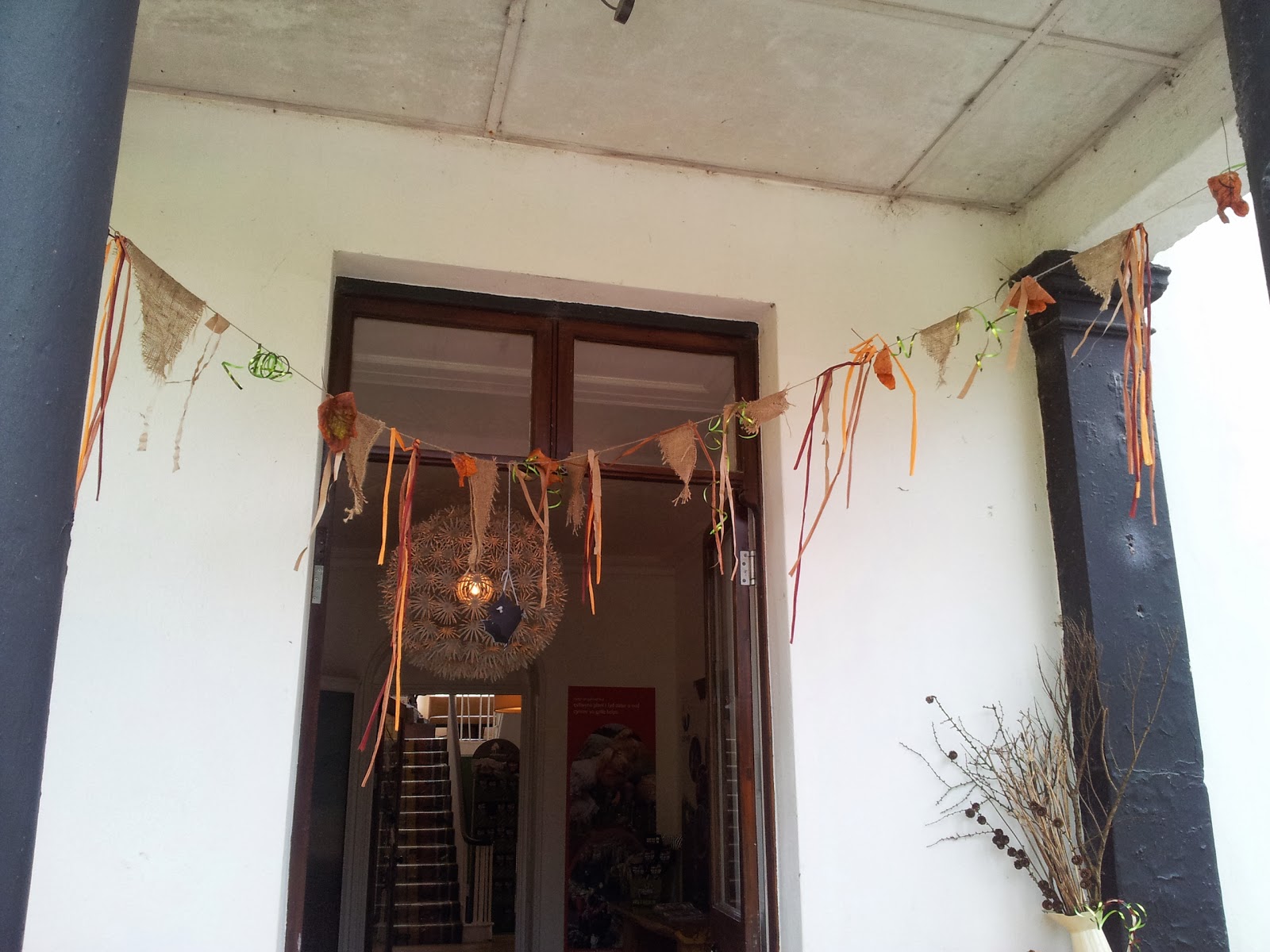 This Bunting has given me ideas for Autumnal Bunting for the garden.  There were Halloween Craft activities on throughout the day too.  I saw lots of Spooky Bats hanging around the park!

Following our Bat Trail, we went up to see the Meerkats and play in the sand pit. 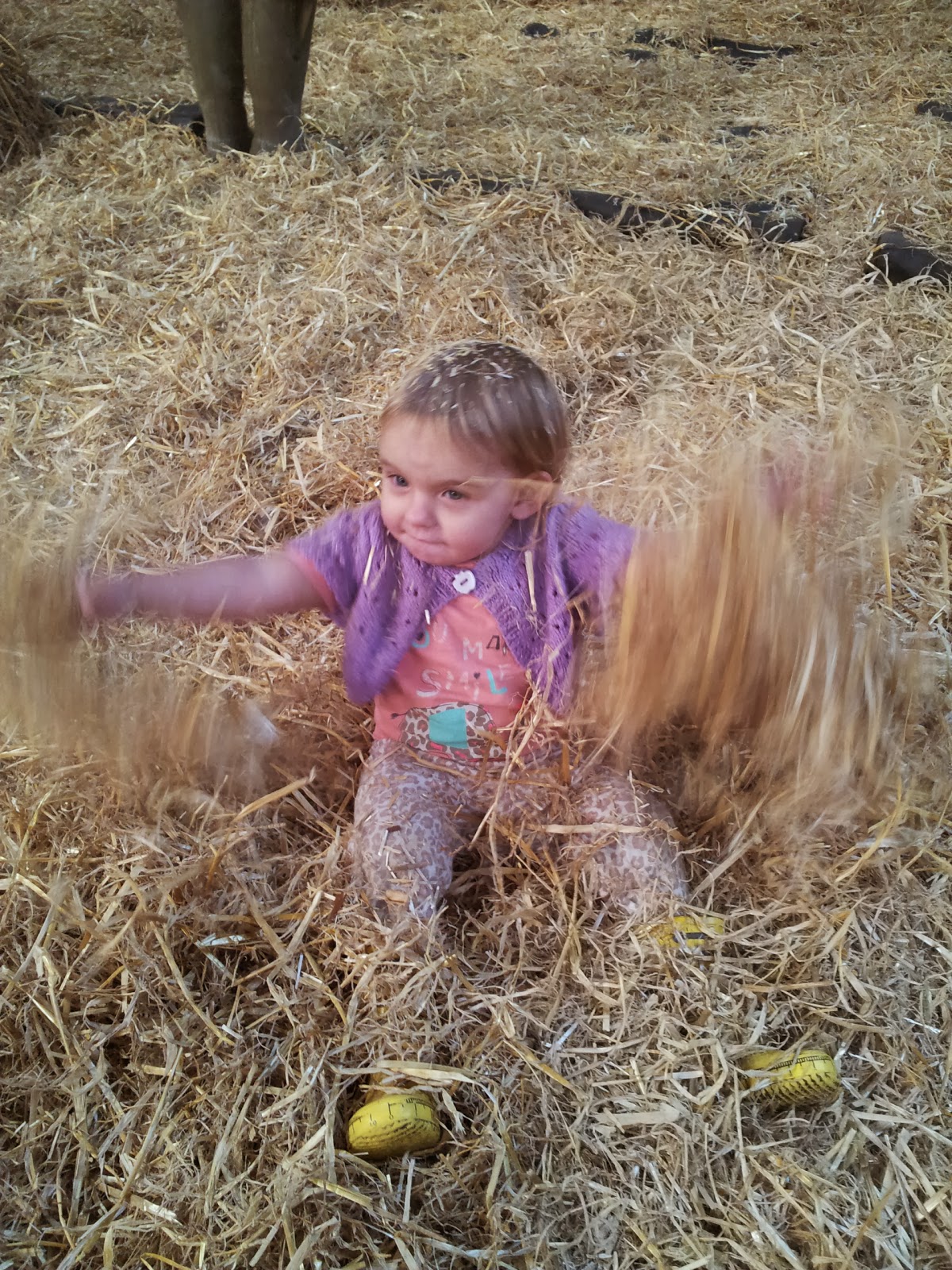 We then went to the Hay Barn which the kids love so much. 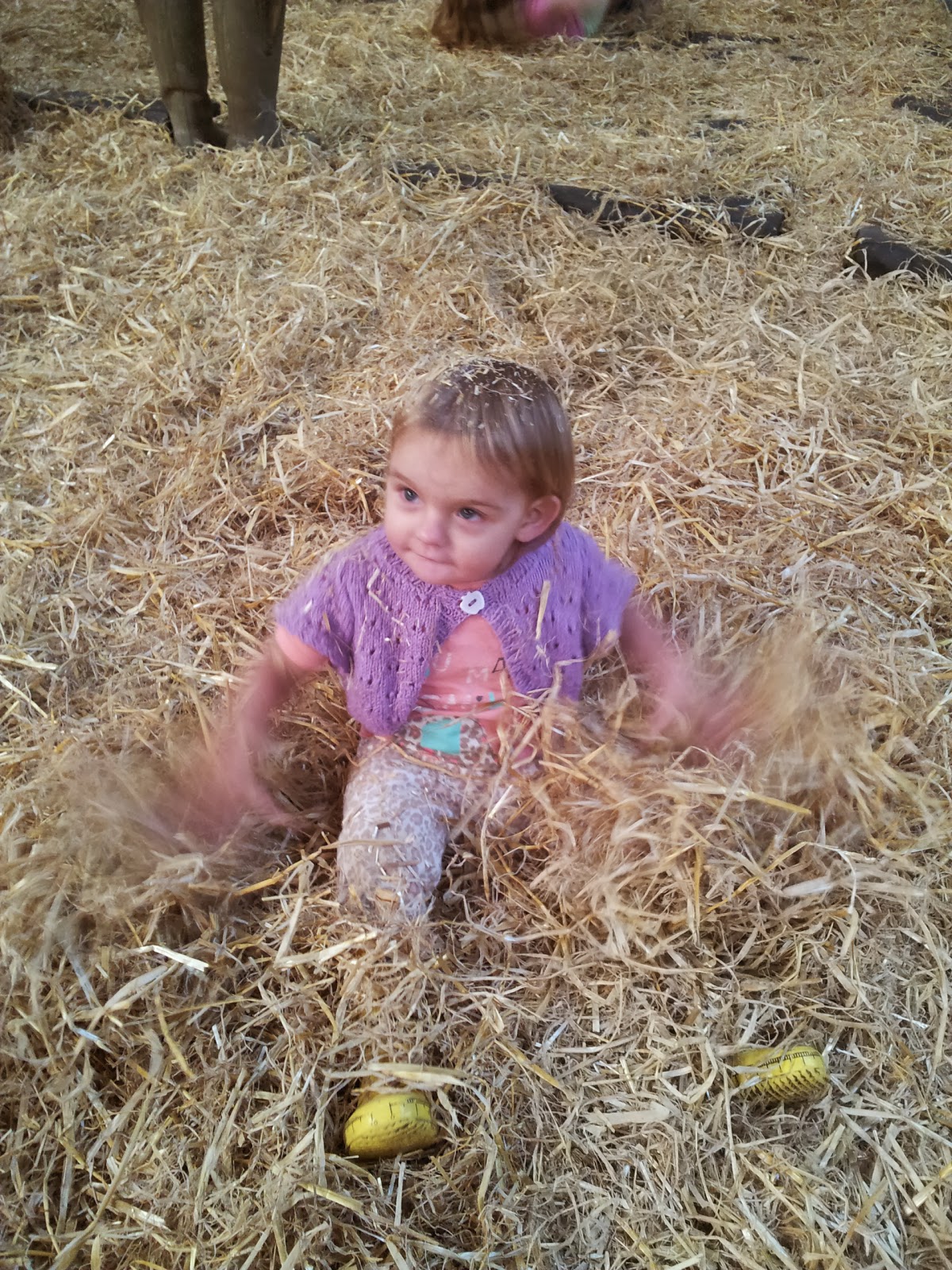 In no time, Danny had set up a game involving all of the kids in the Hay Barn and it was all good fun. 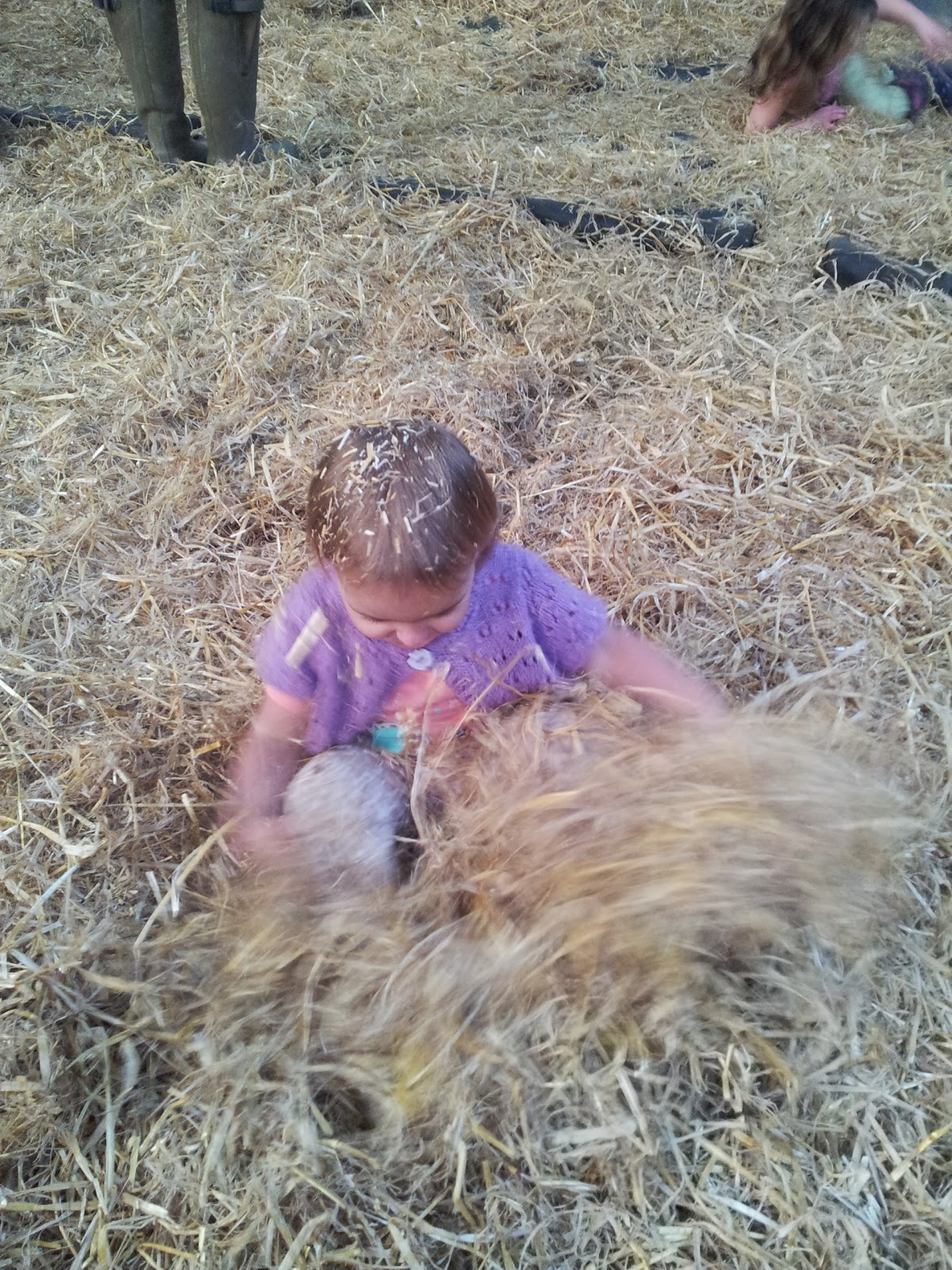 Izzy loved covering herself in the hay.  She was very brave jumping down from the hay stacks too.  My battery went on my phone and I missed out on numerous photos- the sun shining into the hay barn as she lay peacefully in the hay which would have been beautiful to capture.


We then went to the other play park.  Danny and Jo played tennis.  The girls played on the climbing frame and see-saw and then climbed the trees.


I missed lots of lovely photos of all the kids sitting in the tree together too, but I know Mum took some. I promise dear readers that I will have a camera again one day!  🙂


We “won” a pink flamingo, pencil and yo-yo on our bat trail and yet again in had a wonderful day at Manor Park.